Kirk Miller discovered a love for sport from the age of 5, with dreams of becoming a professional soccer player. By the age of 16, he took the steps to build upon his passion for soccer, becoming a young professional apprentice at Coventry City Soccer Club.

However, his dream failed to turn to reality. His time at Coventry City was blighted by frequent injuries that hindered his progress. As a result, Kirk was released from the club at the end of his 3 year apprenticeship.

Kirk was then forced to build a career outside of soccer. It was at this point, Kirk re-trained to become a plumber. He continued to work in the trade for around 5 years. Throughout this time, Kirk became disillusioned with his life, regularly drinking and eating unhealthy foods. He sought a fresh start – this is when he rediscovered his love for fitness.

Kirk became a fitness model, entering a cover model competition for a well-known fitness magazine. He stormed to a first placed finish in the competition, offering him a platform to keep pushing forward. Eventually, he became a personal trainer to fulfill his passion for helping others. 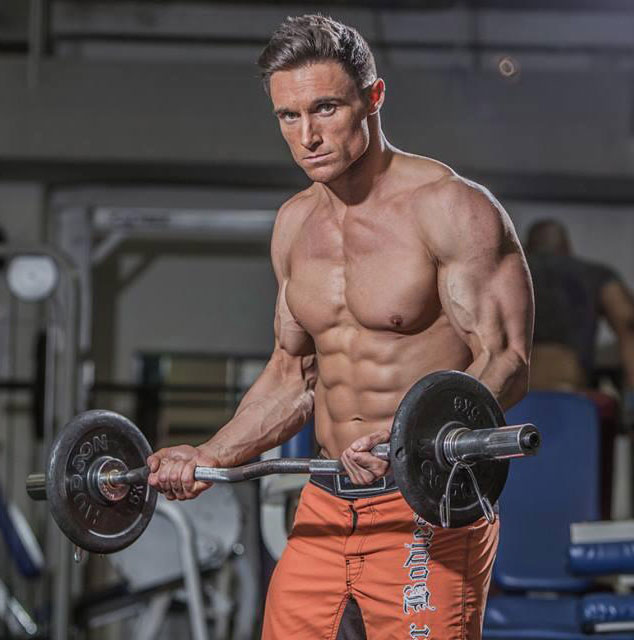 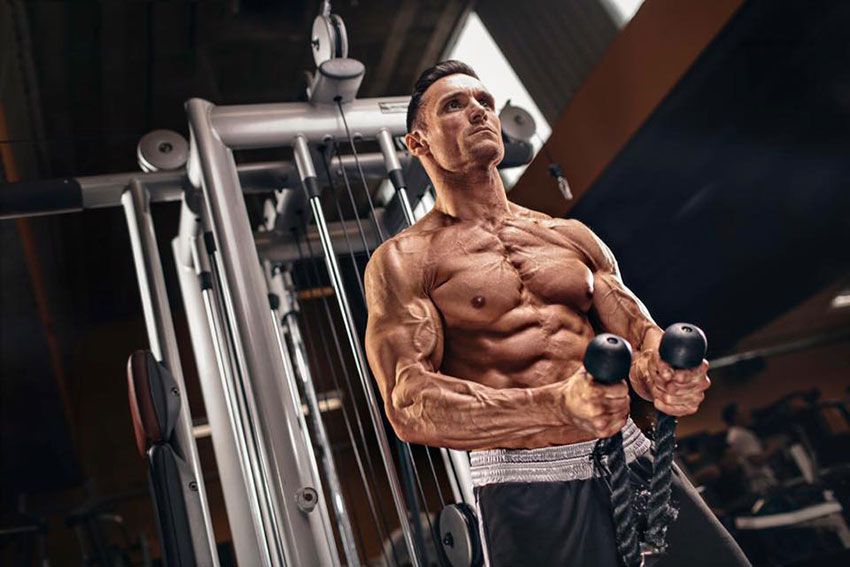 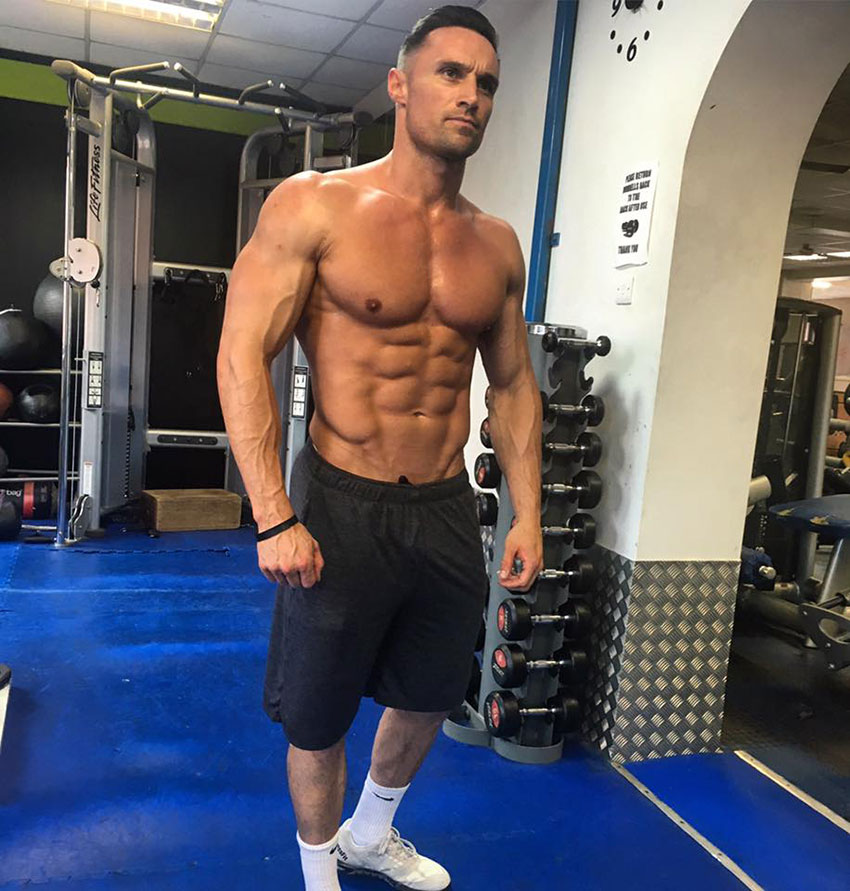 Discovering A Love For Fitness From An Early Age

Kirk found fitness at an early age, dreaming of becoming a professional soccer player from the age of 5. Throughout his time in high school, Kirk played soccer on a daily basis. His life revolved around sport – wanting to turn this into something more.

Soccer was the sport that Kirk showed great potential in, forming a reputation as a formidable soccer player. Shortly after finishing high school, Kirk built upon this by starting a 3 year apprenticeship as a young professional at Coventry City Soccer Club.

Throughout this time, Kirk began weight training as a way of building lean muscle mass. This supplemented his soccer playing, allowing him to continually build upon his physique.

However, Kirk failed to live up to his potential. He was released from the club at the end of his apprenticeship, failing to make the grade. His time at the club was hampered by injuries, stunting his progress. As a result of this, Kirk’s dream of becoming a professional soccer player failed to become a reality.

Deciding Which Path to Take

Kirk was faced with a huge decision to make after failing to find success playing soccer. At this point, Kirk re-trained to become a plumber at the age of 19.

As a result, Kirk was able to build a career outside of soccer. Plumbing offered him the chance to earn himself a substantial wage, in a profession where he was guaranteed work. However, after 5 years working in the trade, Kirk became disillusioned with his life.

Throughout the time working as a plumber, Kirk partied on the weekends, drank heavily and ate unhealthy foods. This soon began to have a negative impact on Kirk’s life – it then dawned upon him that this wasn’t the way he wanted to live his life.

Kirk was unhappy with his working situation. Because of this, he sought a new challenge that would allow him to rediscover his love for sport. Soon enough, Kirk realized that he wanted to become a fitness model. 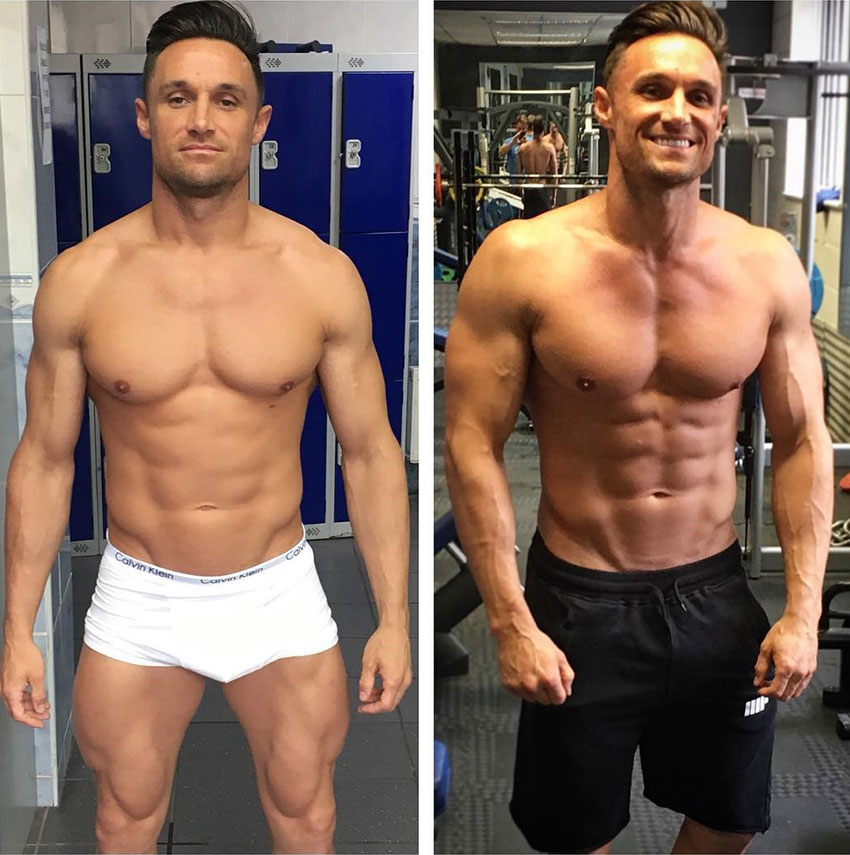 Becoming A Fitness Model And Competing

Kirk got in touch with a close friend who worked in the modelling industry. They offered Kirk advice on how he could become a fitness model – offering Kirk the opportunity to start a career in something that he loved.

After taking on-board the advice from his friend, Kirk became motivated more than ever. At this point, Kirk entered a competition to become a cover model for a well-known men’s fitness magazine.

It was his ultimate goal to make a living from fitness, entering this competition allowed him the chance. He stormed to a first placed finish in the competition – allowing him to keep pushing forward.

At this point, Kirk was now able to earn a living from fitness. During this period, he set up his own personal training business. It quickly became a success, allowing Kirk to help others achieve a great physique – just like him

Kirk was given the chance to transform his life for the better by rediscovering fitness. At this point, Kirk found success as a fitness model – just when he thought it was too late to turn his passion for fitness into a career.

After reaching his own fitness goals, Kirk then wanted to help others achieve their full potential when training in the gym. Setting up his own personal training business offered him the chance to achieve just that. 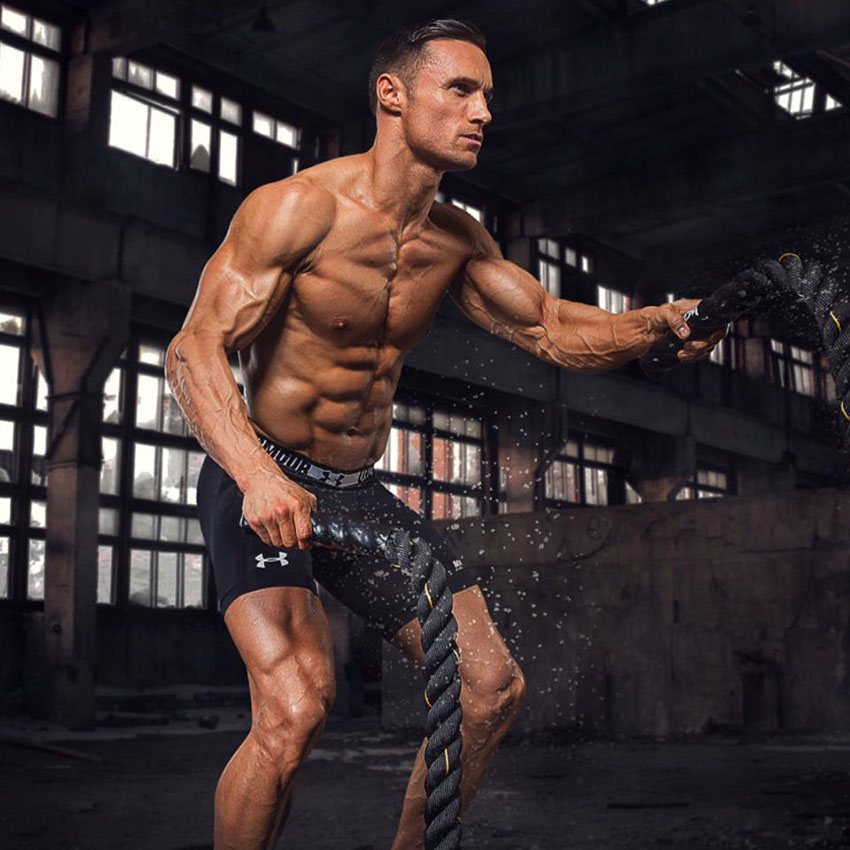 Kirk trains 6 times per week in order to achieve maximum results from his workouts. By doing this, he’s able to stay on track to reach his fitness goals – remaining in optimum shape all year round. 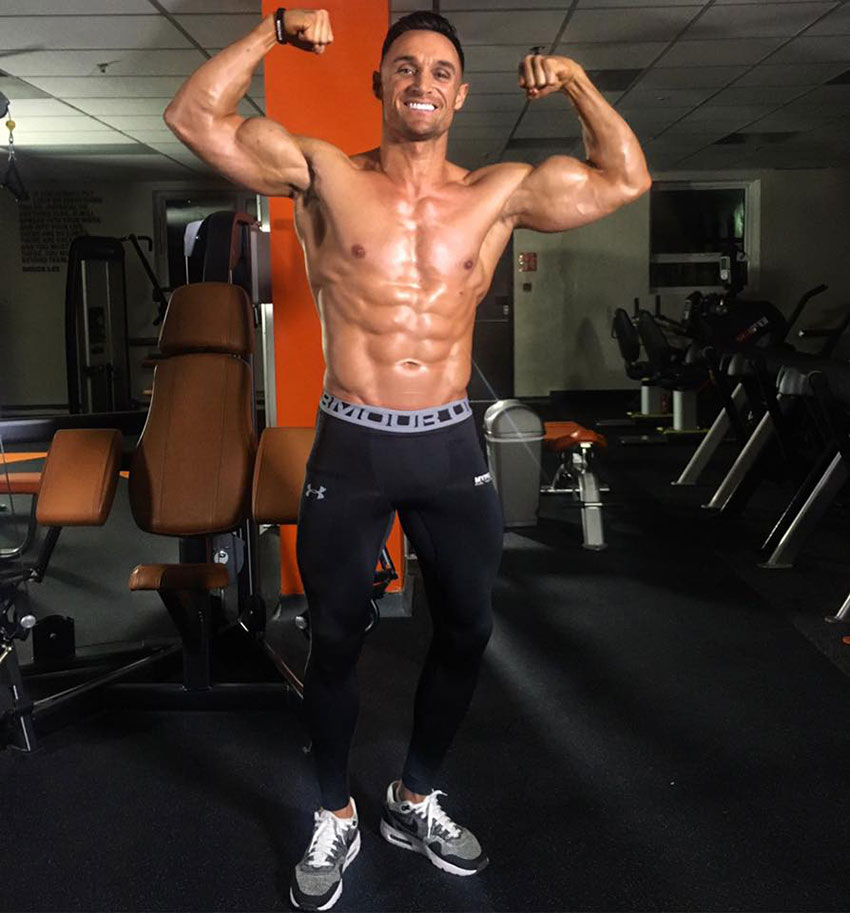 Kirk follows a diet that allows him to stay on track with his fitness goals. He keeps the majority of his foods clean so that he can stay lean while fueling his workouts in a healthy way.

However, from time to time Kirk will have a cheat meal. This gives Kirk extra incentive to work harder in the gym, while at the same time maintaining his slim physique. Kirk states the following in regard to his diet choices:

Pancake consisting of the following ingredients:

Along with 1 Cup of Green Tea. 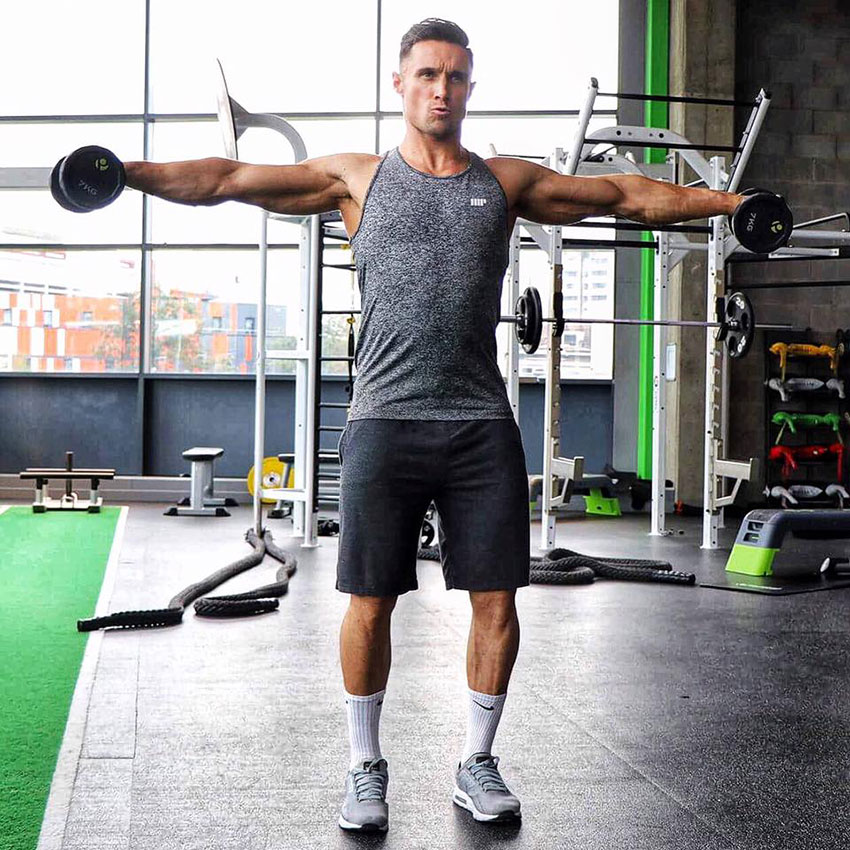 When Kirk began his fitness journey, he took inspiration from Gregg Plitt, aiming to achieve a physique just like his through hard work and determination when training in the gym. With regard to Gregg’s influence, Kirk stated the following:

“When I first started in the industry Gregg Plitt was a massive source of inspiration. You can’t help but admire the positive influence he has had on thousands of people around the world”.

In addition, he began training in the gym with Richard Gozdecki. Richard allowed Kirk to keep pushing forward to reach his full potential. Recalling Richard’s influence in his training, Kirk stated:

“I always thought I trained pretty hard anyway until I spent a full week training with Richard Gozdecki. He opened my eyes to what real intensity and effort was in a gym session. By the end of the week I was battered physically and mentally”. 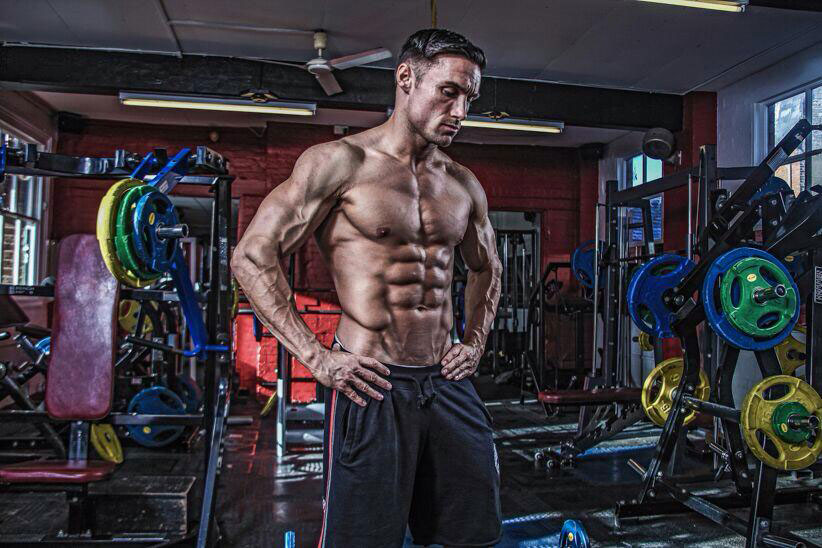 What we can learn from Kirk Miller

Kirk Miller took the steps to follow his dream soon after leaving high school. He started his apprenticeship at Coventry City Soccer Club, with the aim of becoming a professional soccer player. But, things didn’t work out the way he planned when he was released from the club.

As a result, he became a plumber in order to make a living for himself. Kirk continued to work in the profession for around 5 years, making poor lifestyle choices such as drinking heavily and eating unhealthy foods on the weekends.

However, he soon became disillusioned with his life. It was at this point, Kirk began to follow his passion for fitness once again, allowing him to help others reach their fitness goals when he set up his own personal training business.

What we can learn from Kirk is; you may think it’s too late to make a change in your career once you reach a certain age. However, Kirk proved that it is possible to follow your passions in life regardless of your age – so long as you give it your all.