Jusup Wilkosz is a former professional bodybuilder, known for placing 3rd at the 1984 Mr. Olympia. During his prime, Jusup trained with Arnold Schwarzenegger and was respected as one the best German bodybuilders.

However, in 1989, after a series of tragic events and injuries, Jusup was forced to prematurely end his bodybuilding career – leaving everyone wondering what he could’ve become if he continued to compete. 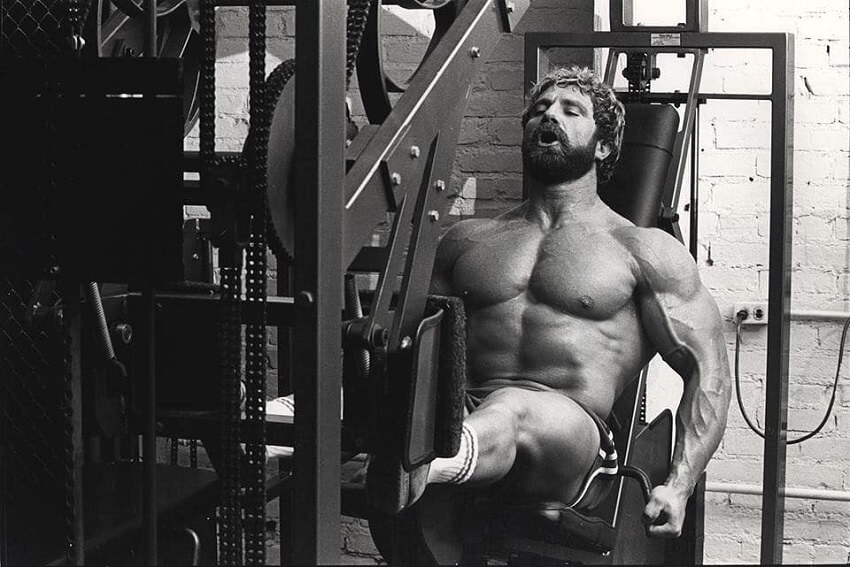 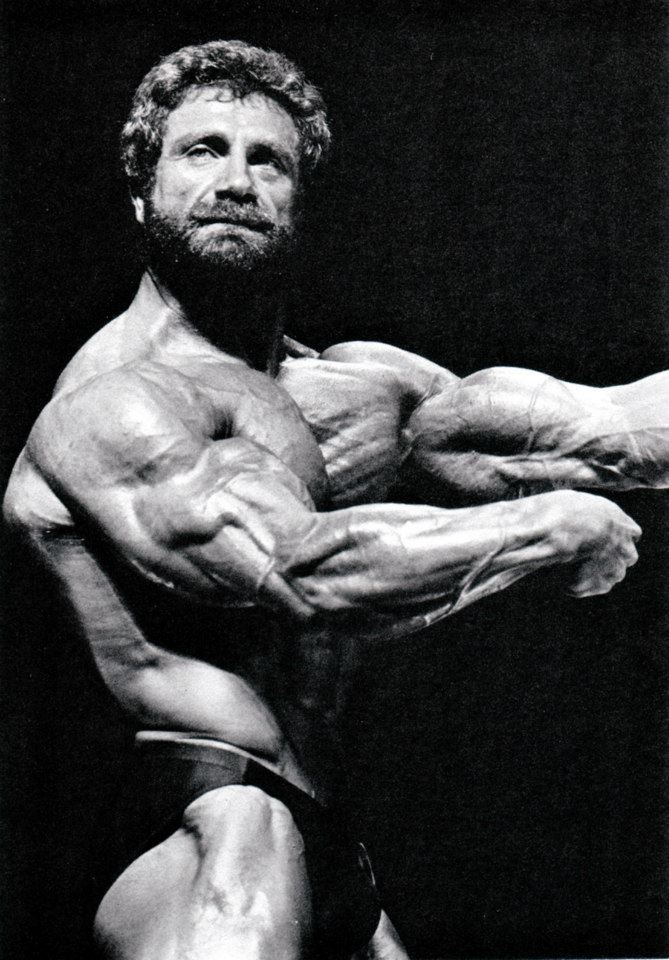 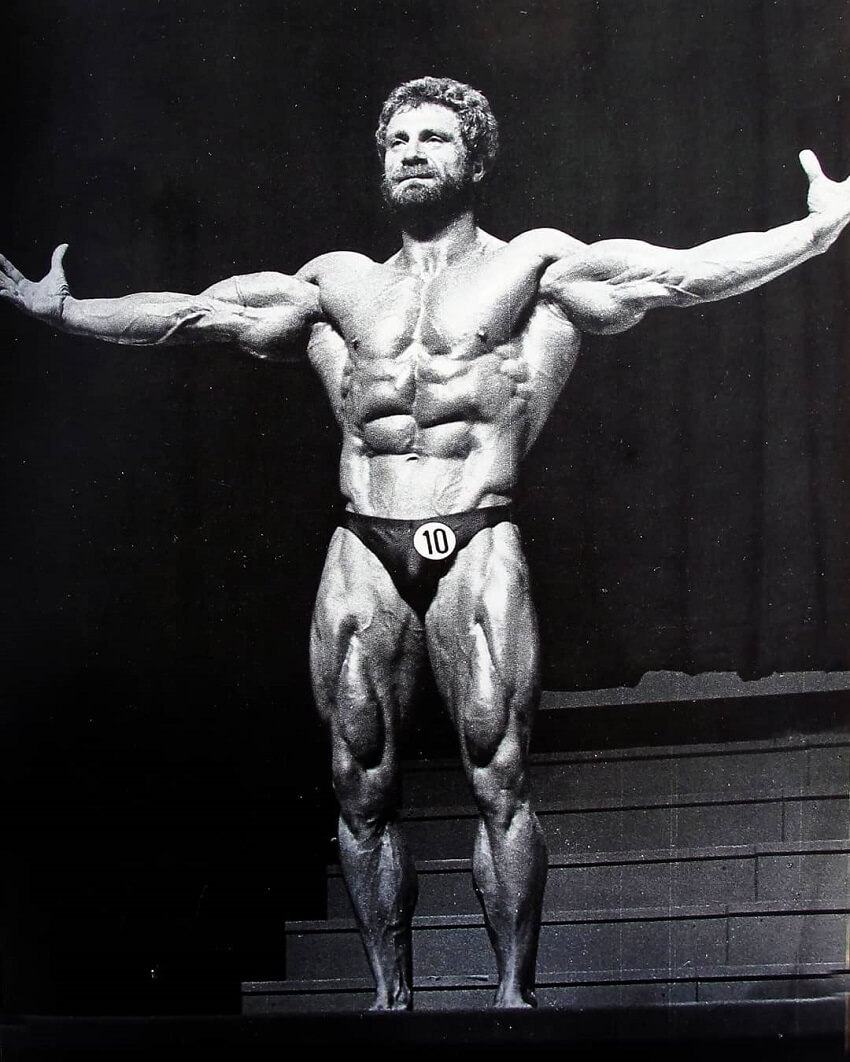 Jusup Willkosz was born in 1948, in Germany. He entered the gym for the first time at the age of 16. From the moment he picked up the weights, he found his passion.

After years of sculpting his ideal body, Jusup went on to take part in numerous bodybuilding shows, receiving titles and honors in many of them. In fact, he received awards on three occasions by the Federal Minister of Dollinger in Germany. These successes soon motivated him to pursue bodybuilding more seriously.

Before long, Jusup took his bodybuilding career a step further. In 1978, he competed in the World Cup in bodybuilding, placing 2nd to Mike Mentzer.

One year later, Jusup became the first ever Germany World Champion in the heavyweight class.

It was during this period that Jusup met Arnold Schwarzenegger. The two started training together and quickly became friends. 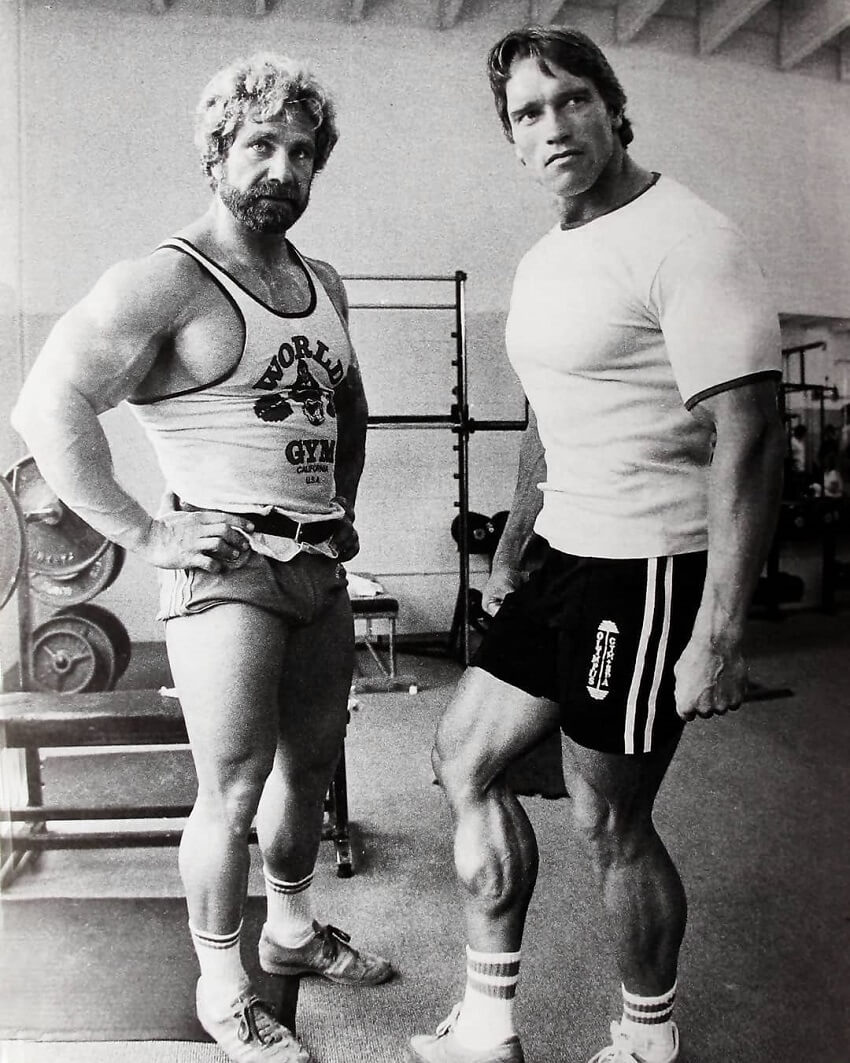 Over the years, Jusup went on to earn 12 bodybuilding titles, including the 1980 IFBB Pro Mr. Universe.

He also placed 3rd at the 1984 Mr. Olympia, which was his best result in the show.

A Tragic Turn of Events

During the late 80s, Jusup married his wife and enjoyed a happy life, both personal and career-wise. Unfortunately, the success was short-lived.

Due to constant injuries, Jusup had to abandon the gym and competitions. Then, in 1989, his wife fell ill and passed away several months later.

Devastated with these events, Jusup had no other choice but to completely disappear from the bodybuilding scene. 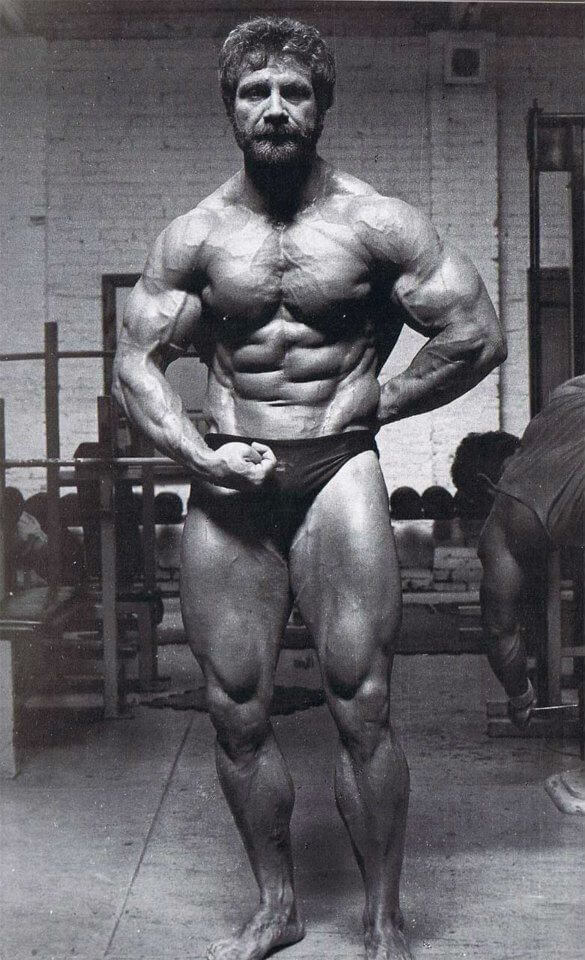 Despite the tragic events that happened to him, Jusup overcame the odds and started preparing for his comeback in 1994 – planning to compete at the Masters Mr. Olympia.

Tragically, he was struck with yet another injury shortly before the show and had to cancel the participation. It was after this that he decided he’d no longer attempt to compete as a bodybuilder.

A Legend Despite the Setbacks

Although Jusup had to prematurely end his career, he left bodybuilding as a legend. In fact, a book about his journey was written in 2007, and due to its huge success, it was published in both English and German languages. 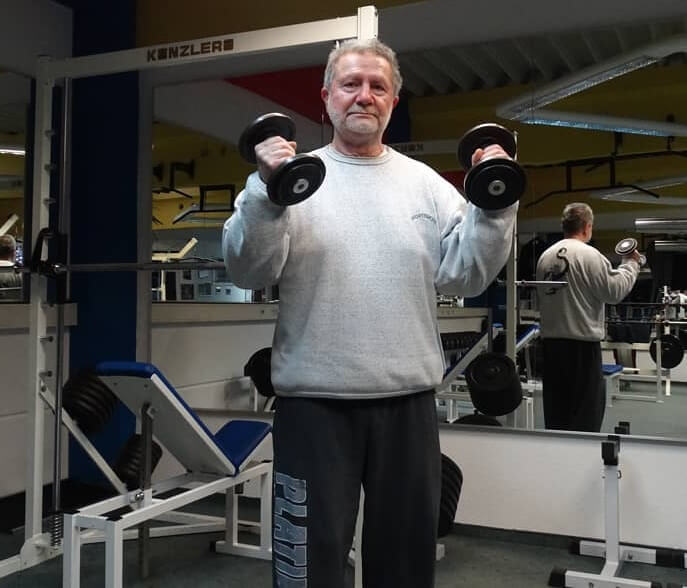 Back when he competed, Jusup trained 3-6 days per week, combining strength training and cardio. He split his workouts into multiple muscle groups, training 3-4 muscles per session. His Mondays were usually chest, triceps, forearms, and abs days. Day two was focused on his back, lats, forearms, abs, and biceps. Day three was dedicated to legs, delts, abs, and calves.

Even though he’s now in his 70s, Jusup still lifts weights to remain in good health and condition.

Running was always Jusup’s favorite form of cardio. While most bodybuilders of his size found it difficult to run long distances, Jusup had incredible stamina and could run for miles at high speed without any problem. 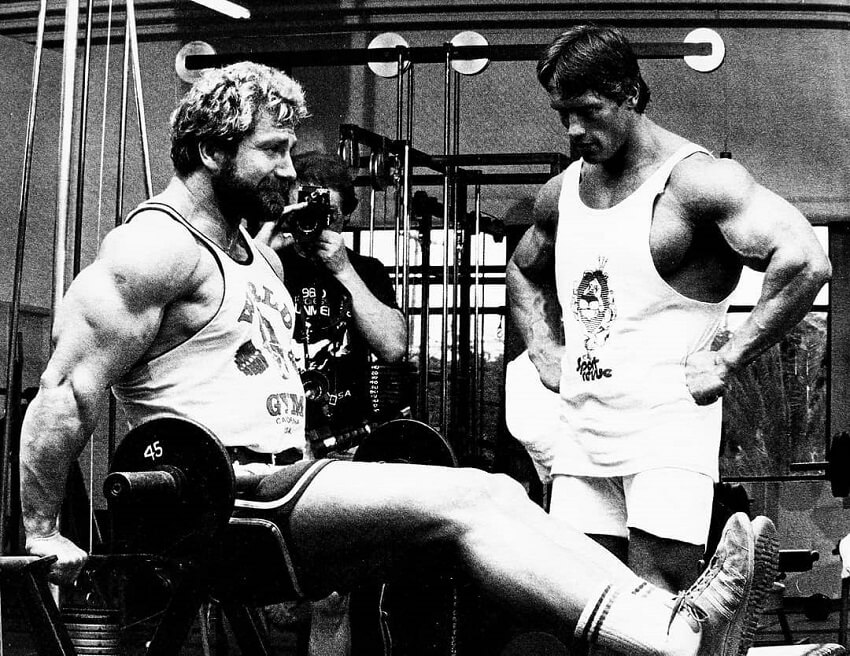 For most of the year, Jusup Wilkosz ate calorie-dense food to maintain and grow his muscle mass.

But when preparing for a contest, he ate a much stricter diet with a high intake of protein. This ensured that his body would burn fat instead of muscle during a cut. 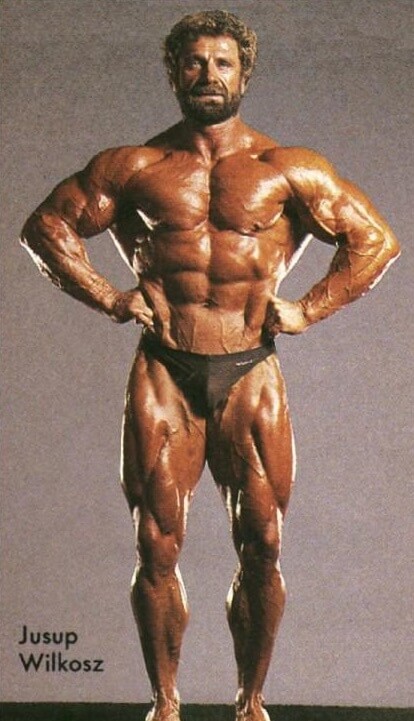 Jusup Wilkosz was influenced by Arnold Schwarzenegger, whom he often trained with.

However, even though he has his own idols, Jusup is also a role model for ‘old-school’ bodybuilders and fans of the Golden Era. 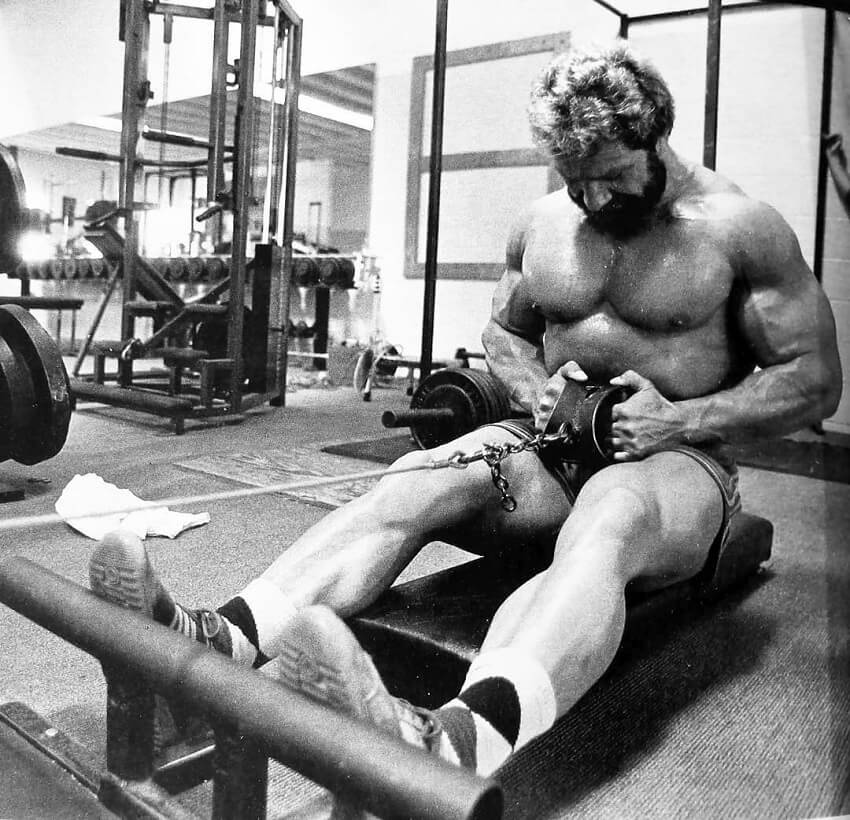 What we can learn from Jusup Wilkosz

Jusup Wilkosz had cemented his place as one of the best, if not the best German bodybuilder that has ever lived. Hover, his life wasn’t without tragedies. His career-ending injuries and the death of his wife were the main factors to Jusup’s premature exit from bodybuilding.

However, Jusup never let these tragic events destroy his life. Even though he didn’t return to the bodybuilding stage, Jusup’s passion for the sport is still alive to this day.

What can you learn from his story? Life is full of ups and downs, and no matter how challenging things may get, a positive mindset will help you rise above any adversity.