Justin Gonzales is an American WBFF Fitness Model World Champion, sponsored athlete, and renowned personal trainer. Growing up, Justin initially wanted to become a professional soccer player. He was highly proficient in the sport – so much so that he was offered to play for the 1st division soccer team upon finishing high school.

Justin accepted the offer, and went on to play for the Georgia Southern University soccer team for two years. However, it was during this period Justin began to question his decision to enter the college he attended. He realized his college degree didn’t hold potential for the greatness he was after, which led him to quit his studies after the second year.

As Justin’s academic days came to a close, so did his career in soccer. Justin no longer had any passion to focus on, or a sense of purpose in life. Unable to cope with reality, Justin began partying and drinking alcohol on a regular basis. This, however, didn’t last long, as Justin soon realized it did himself more harm than good.

It was at this point Justin decided to turn to fitness in order to become healthy and fit once again. Ever since then, Justin hasn’t looked back. Throughout the years, he improved his experience and knowledge on weight training and dieting to become an expert in the field of fitness – establishing himself as a personal coach and WBFF Fitness athlete. 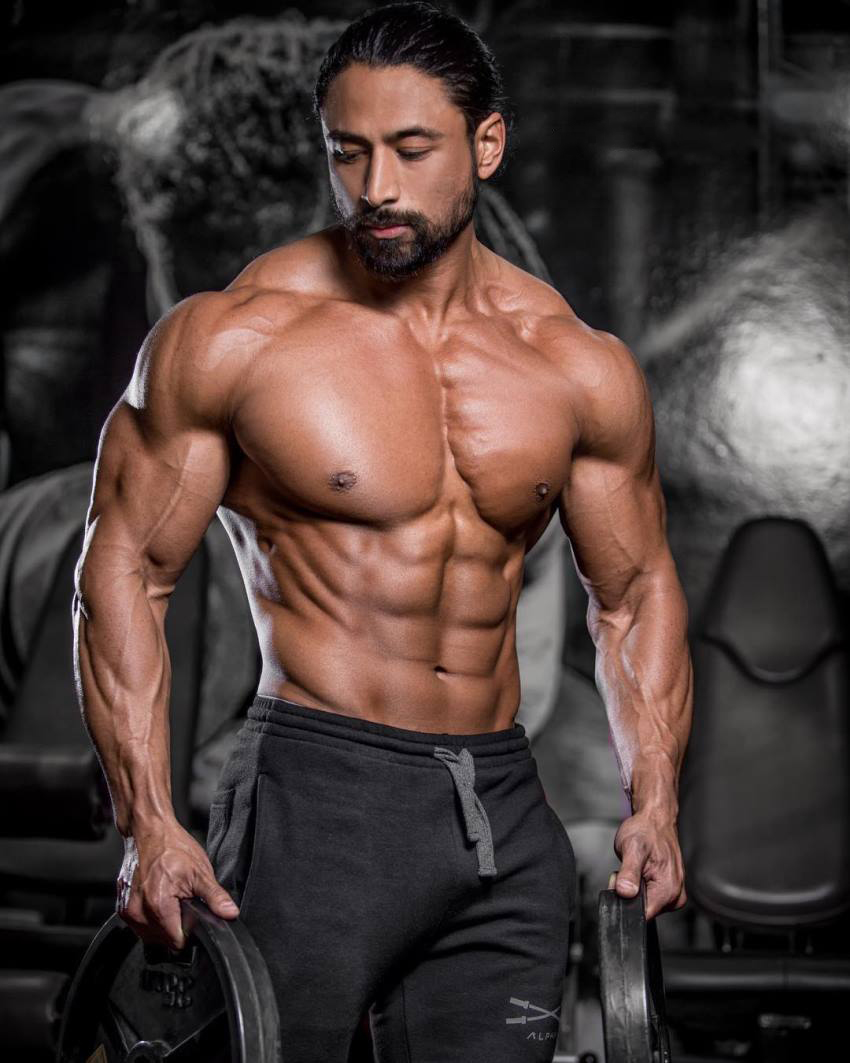 “Practice makes perfect. You’ve probably heard that since you were a kid. Rather than practicing for perfection, more specifically, you need to embody persistence. That is the key to master anything.

Practicing something once every two months won’t make you very good at it, no matter what you are doing. However, being persistent will almost always deliver results.” 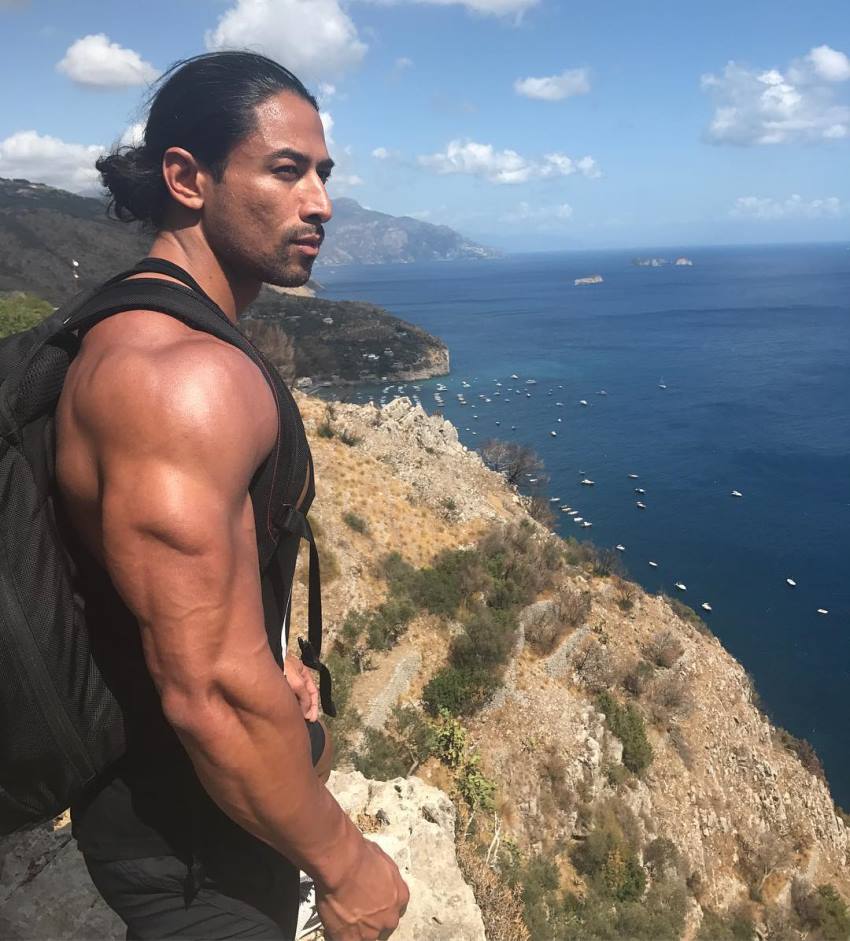 “Before you start to take on the day, remember that every subconscious thought or idea can dictate how your life pans out. These manifestations end up molding and shaping who you become later in life.

Always plan for the future and execute in the present, there’s no time to think about what is behind you.” 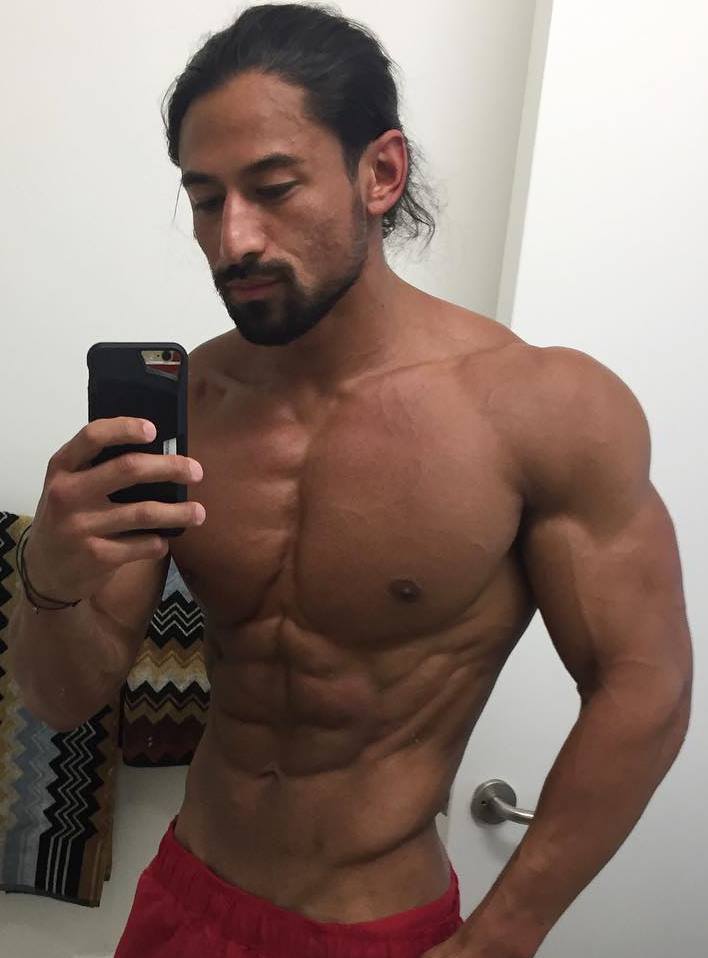 Early Sporting Days and Dropping Out of College

Born and raised in South Carolina, Justin Gonzales was a soccer athlete in his youth. He started off by playing soccer in high school, showing a remarkable skill in the sport.

Because of his skills, Justin was able to quickly rise within the ranks in soccer – entering the 1st division soccer team of Georgia Southern University immediately after graduating from high school.

Justin continued playing soccer for two years while in college. However, after this period, his life took a completely different turn.

Justin said, after two years of studying, he realized there was nothing about his degree that interested him. As a result, he decided to drop out of college, subsequently ending his career in soccer.

Turning to the Weight Room

With his college days over, Justin became confused – not knowing what he wanted to do with his life from this point onward. In order to cope with reality, he began partying and drinking alcohol.

This soon started to take its toll on Justin’s health, as well as his physical looks. In terms of his athleticism, Justin became a shadow of his former self.

Eventually, Justin realized his unhealthy lifestyle didn’t lead him anywhere – it only made him feel, and look worse. As a result, he decided to take better care of himself by going to the gym and training with weights. In Justin’s own words;

“While deciding what I wanted to do with myself since I was known as a college dropout, I decided to take better care of myself in the gym and started training and less of going out and partying.” – Justin Gonzales 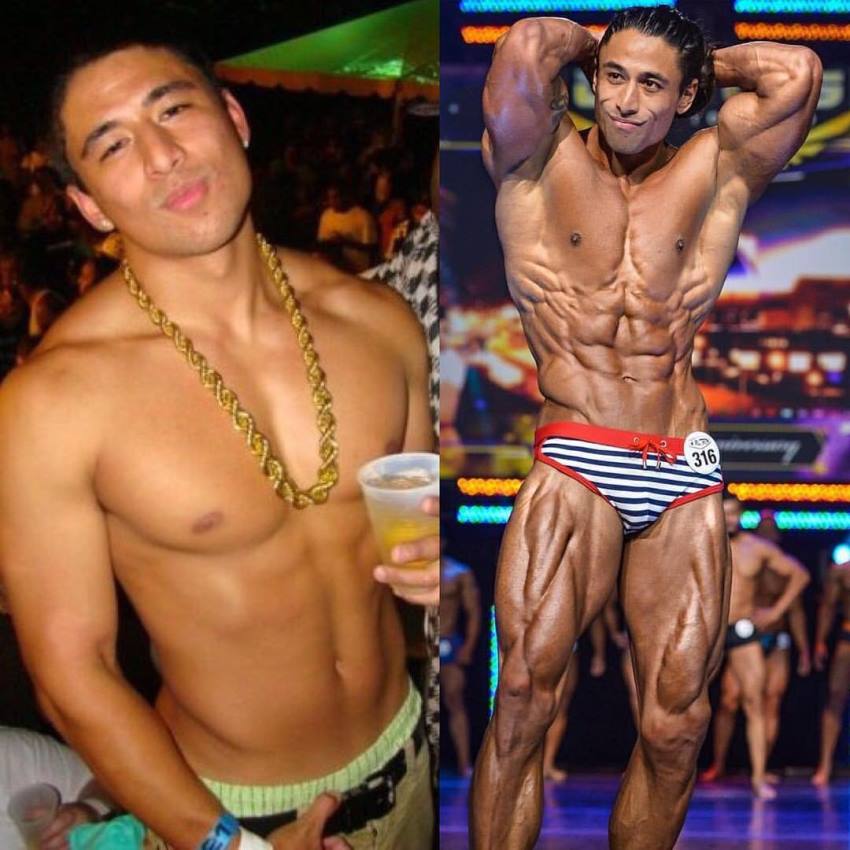 Justin Gonzales’ transformation: before he began lifting weights, and now.

It didn’t take long for Justin to become fascinated with weight training. What started as a simple way to stay healthy, soon turned into a passion for fitness.

Eventually, Justin came to the realization he wanted to become a personal trainer. In 2006, he accomplished his goal – getting his first job as a training coach.

Then, two years later, Justin was presented with an unexpected opportunity. He was given the second chance to come back to college to play soccer and finish off his degree.

Justin saw this as an ideal way to combine his newly-discovered passion for fitness with his love for soccer that was still present. He decided to go after the opportunity, and become a captain of his team.

As Justin said;“I was given the Captain role where I helped train my fellow teammates in the gym and was able to be a leader and role model for each and everyone on and off the pitch. Getting that second chance is what helped me guide my way in fitness.” 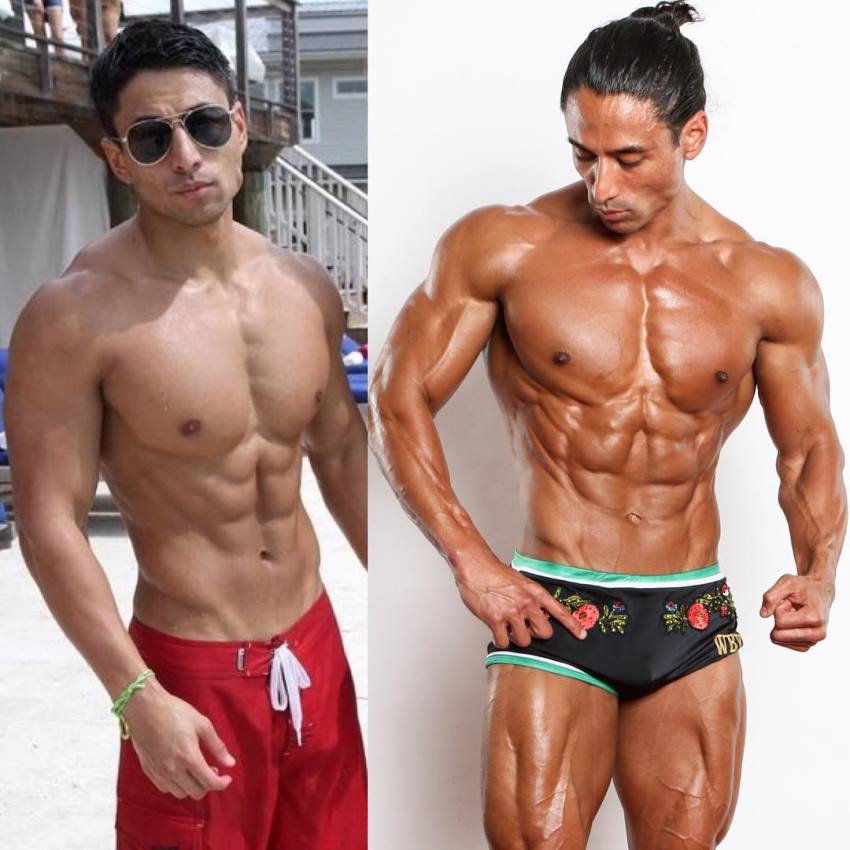 During his last two years in college, Justin realized how much he loved to coach others and share his knowledge about training and nutrition. Because of this, he began thinking about pursuing fitness coaching full-time after graduating from college.

This is exactly what Justin did after he completed his education. Although he was still passionate about soccer, he had to choose one thing that he wanted to pursue as his career. Ultimately, he chose fitness coaching over soccer.

Over the years, Justin significantly grew his influence as a gym personal trainer. He became well-known for his work and experience in training, nutrition, as well as supplementation.

Then, in 2012, Justin was presented with a new challenge – his brother dared him to take part in a fitness competition. Seeing this as an ideal way to push his fitness career to new heights, Justin accepted the challenge and began preparing for his debut show.

As an experienced personal trainer and former soccer athlete, Justin was aware of the amount of dedication he would have to put into the preparations for his first fitness contest.

However, this didn’t discourage him at all. Justin says that, in fact, this motivated him to prove himself to his brother, and also to see how much potential he had as a fitness competitor.

Throughout the preparations, Justin trained every day in the gym, pushing his body to its absolute limits. He also took a strict approach to dieting – eating lean foods such as chicken breasts and low-fat cottage cheese to achieve a ripped and muscular physique on the stage.

Then, several months later, Justin came into his own as the champion of the contest – taking home 1st place in the overall category. 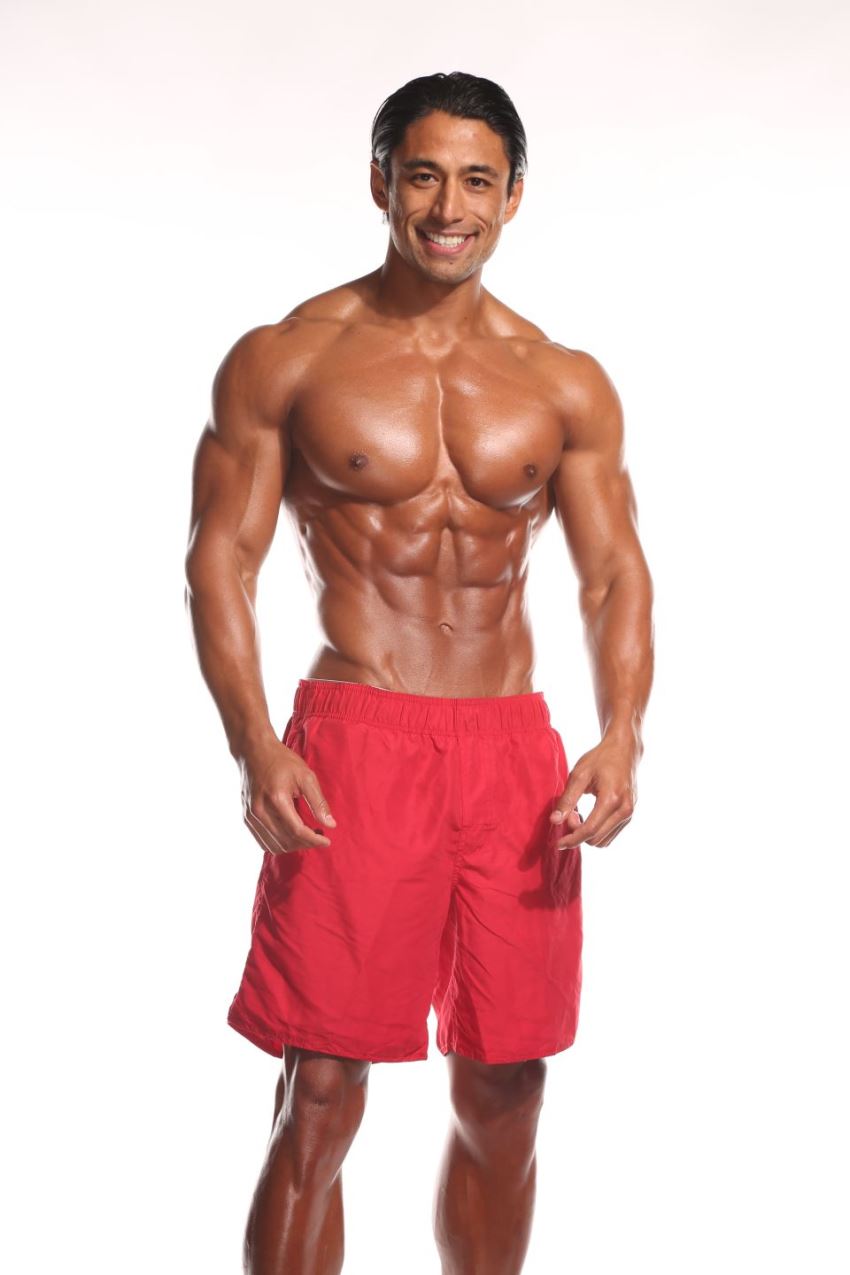 The following year, in 2013, Justin accomplished one of the biggest feats in his competitive career. He took part in the 2013 WBFF Las Vegas Fitness Model World Championships, where he was proclaimed the overall champion.

From this point on, Justin continued appearing in fitness contests on a yearly basis. By 2017, he had a number of titles to his name. Including the prestigious title of the 2016 Overall North American Champion.

Justin hasn’t stopped growing in recognition ever since. He keeps setting higher goals for himself each year – aiming to take his career in fitness and competitions to their highest possible level. 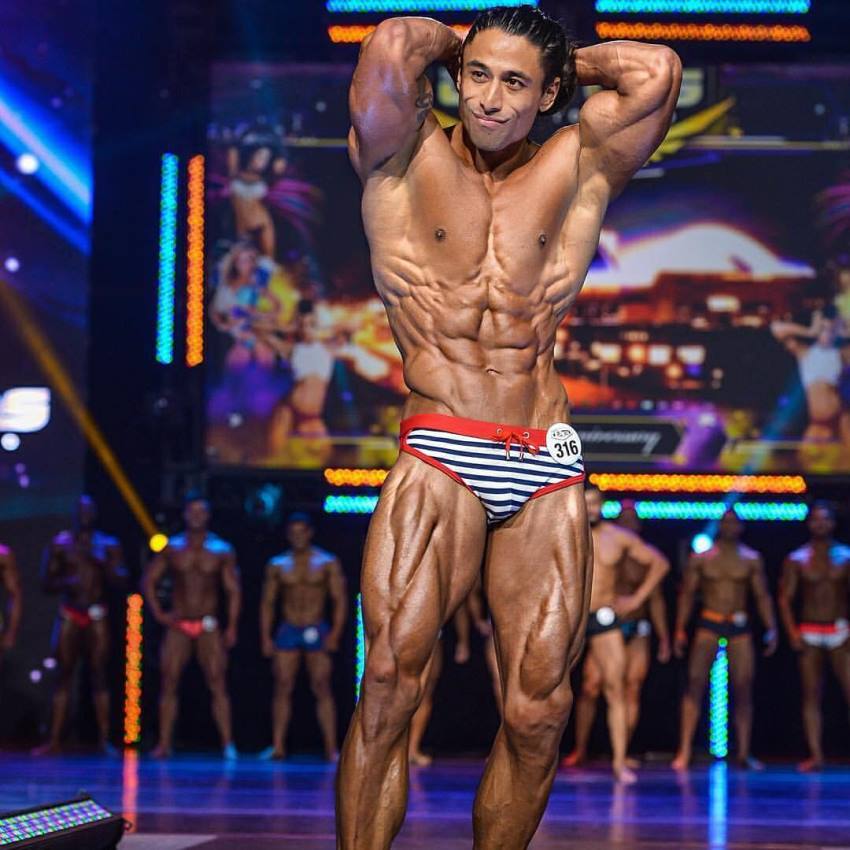 “If you’ve been in this game long enough you know that you constantly have to change up your routines to reach that next echelon. I’m always thinking of different ways of contracting my muscles to get the most reps possible.”

Justin trains the ‘old-school’ way, pushing his body to its absolute limits every time he goes to the gym. In other words, Justin trains until his muscles can’t go anymore. While this might sound extreme to some, it has allowed Justin to achieve best results on his physique.

In terms of the specifics in training, Justin typically trains his full body with at least one exercise every day, in addition to training his scheduled muscle group. He doesn’t believe in ‘overtraining’, only in hard work and discipline.

Here’s Justin talking about his training; “I enjoy hitting every body part with at least one set every day even if I’m dedicating that day to a particular muscle group. I grew up 5 miles from the beach so I’m used to maintaining that beach body look.”

How to Avoid Injuries

Throughout his career in soccer and fitness competitions, Justin has dealt with numerous injuries. The most serious ones were his knee injuries, because of which he had to undergo four different surgeries.

Because of this, Justin places a huge emphasis on warming up and stretching. He now makes sure to allocate enough time to warm-up every time before a heavy workout. This, in turn, helps him avoid injuries which could potentially remove him from the weight room for long periods of time. 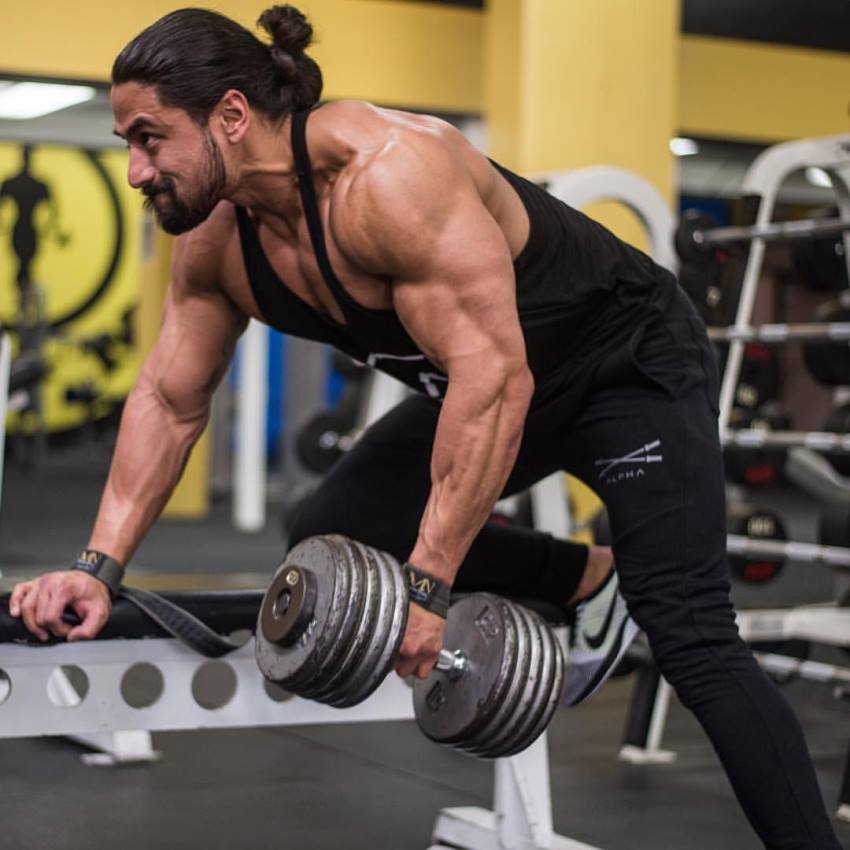 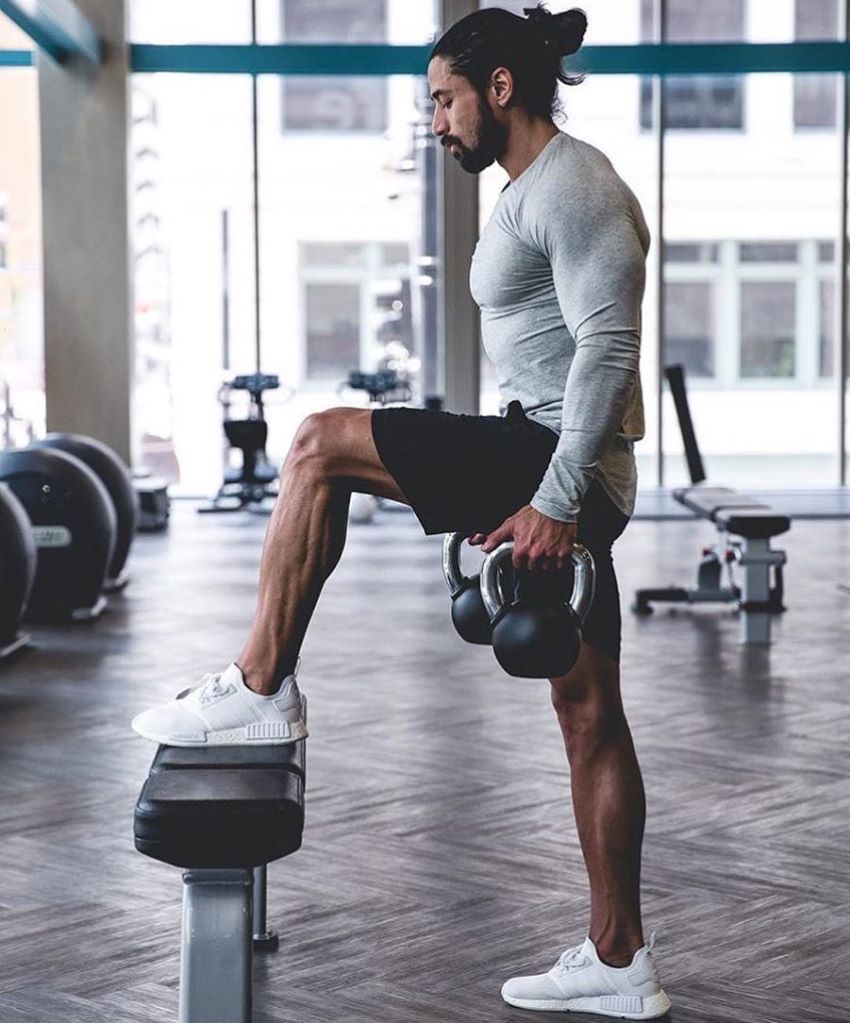 “It’s motivating to see progress and quality change. Although it doesn’t come fast for everyone, it’s encouraging to know that week by week the work you put in slowly starts to pay off.”

In terms of his diet, Justin stated the following; “I put all the pressure on my sister-in-law Chelcea Gonzales who is my nutritionist and is also a WBFF Pro.”

Here’s how his meal plan looked when he prepared for the 2013 WBFF World Championships; 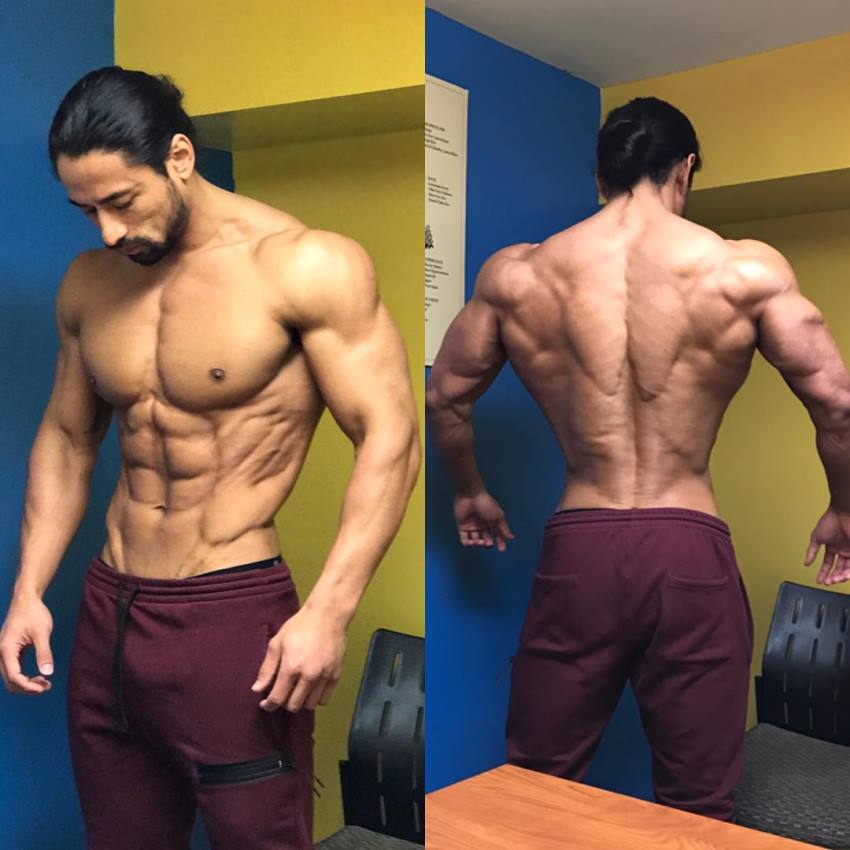 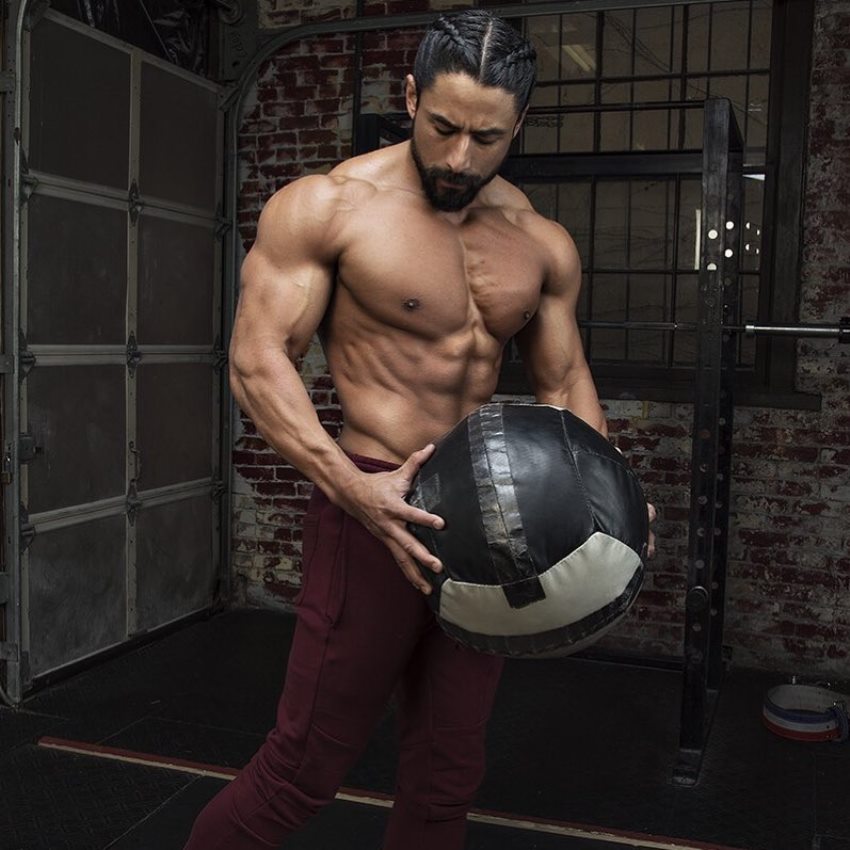 “Ask yourself if you’re happy with where you’re at? If not, then decide right here, right now that you will make whatever change is necessary.

Let me tell you, it won’t be easy, there’s going to be adversities and setbacks, you will want to seek whats comfortable but forge ahead and create the life you desire!”

Justin credits his mother as someone who helped him establish strong values early in his life – allowing him to become the person he is today.

One of the values Justin was taught from an early age was helping others. As a result, he grew up helping his teammates in soccer, later, helping people through his personal training advice.

This, accompanied by Justin’s work ethic and dedication to his goals, allowed him to become an inspiration for people all over the globe.

During his pursuit of the 2013 WBFF World Champion title, Justin had to push past numerous challenges. One of those challenges was staying disciplined on his diet plan.

As Justin said, being half-Philippino half-Italian, he craved foods like bread, rice, and pasta. Needless to say, this was a tough mental game.

However, because of his remarkable discipline, Justin didn’t give in to his cravings – ultimately, being rewarded with the WBFF Fitness Model World Champion title.

Here’s what Justin said about his diet when he was preparing for the contest;“It made me a sad guy at times but I stuck with it and look where it placed me. Had me compete with the best of the best and landed me first place. Discipline is a key to success.” – Justin Gonzales 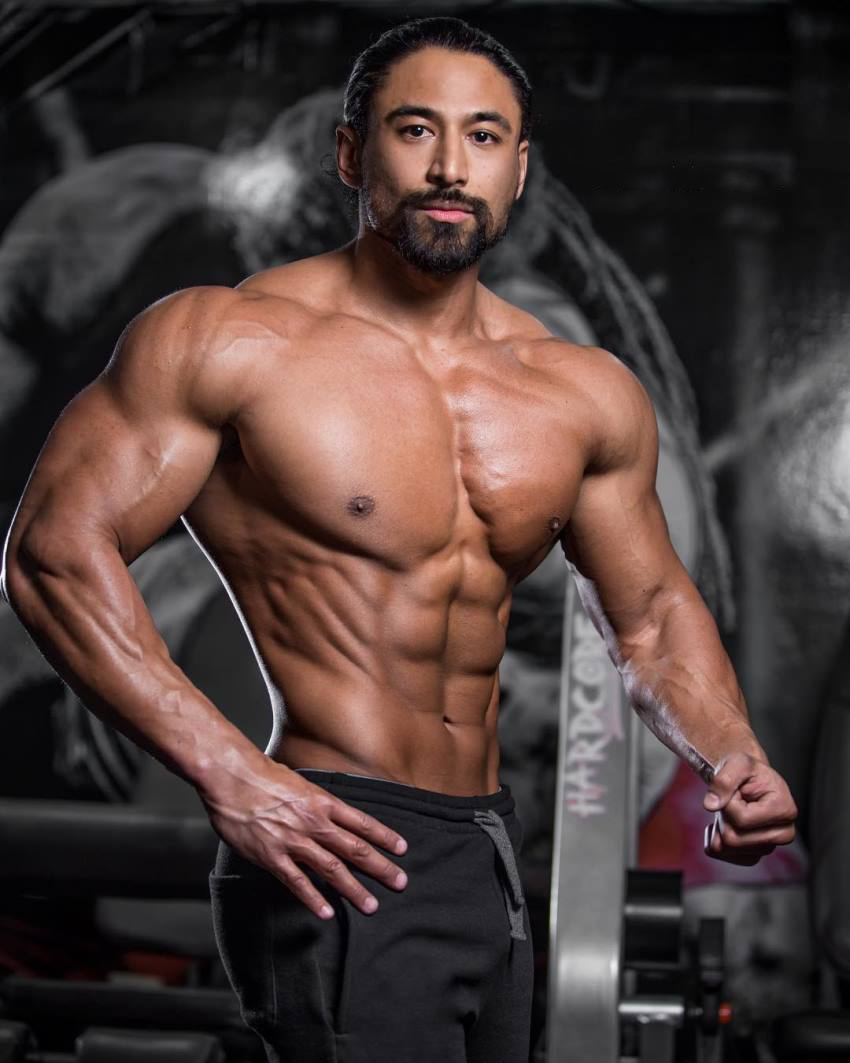 “If you don’t think you have what it takes to achieve your goals, you’re most likely right, because the first step is to believe and then keep faith in yourself and know that you are capable of anything. Just stick to the process and your routine and the rest will take care of itself.”

What we can learn from Justin Gonzales

Justin Gonzales’ story gives us an insight into what is possible when you go after your passion. Justin was in the second year of college when he realized he wanted to drop out and pursue something else.

While at first, this seemed to be a detrimental decision for Justin’s career. It later proved to be one of the best decisions he’s ever made – allowing him to embark on his fitness journey which transformed his entire life.

In the end, this is the most important lesson we can take from Justin Gonzales’ story: in order to reach a happy and fulfilling place in life, you should be ready to make some bold moves on your journey towards your goals. In Justin Gonzales’ own words; “No one ever achieved anything worthwhile by cutting corners and playing it safe.”