Jordan Janowitz is an American bodybuilder who competes in the NPC and IFBB division. Jordan’s first competition came in 2012, when he won the Natural Michigan Championships, in the overall category.

Growing up, Jordan wasn’t extremely interested in bodybuilding. It wasn’t until the age of 21, when he stepped into the gym for the first time, with the goal of gaining size and strength.

What started as a simple interest in improving his physique, turned into a whole new career for Jordan. Throughout the years, he not only sculpted an awesome physique, but also became a successful bodybuilder with a series of competitions under his belt. 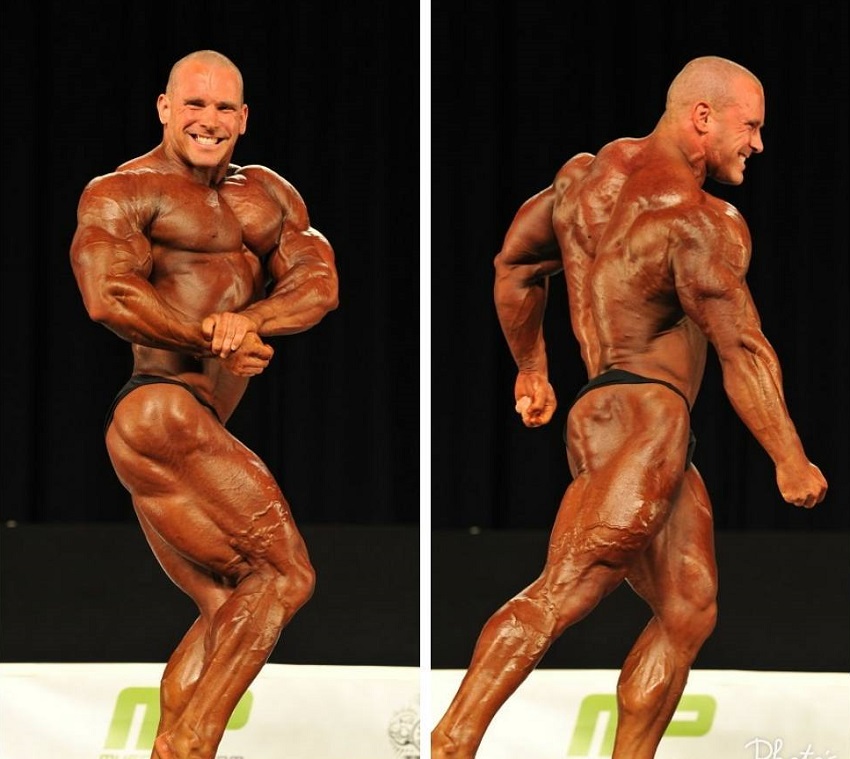 In 2012, I didn’t really know wtf I was doing, I just watched Ronnie Coleman videos all day. I loved lifting weights in the gym, so I gave bodybuilding a try. Fast forward to today and I’ve learned a lot about bodybuilding, but still have a lot more to learn.” 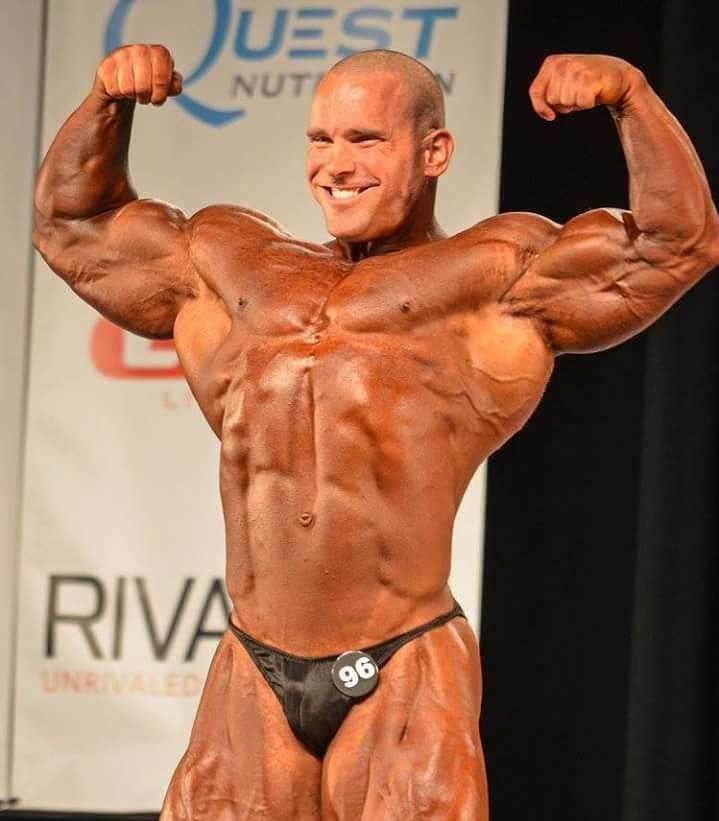 “I know that I love lifting weights in the gym and going hard. It’s always helped through relationship problems and any sort of bad news. I would still train just as hard even if the stage wasn’t there (I just wouldn’t walk around peeled).” 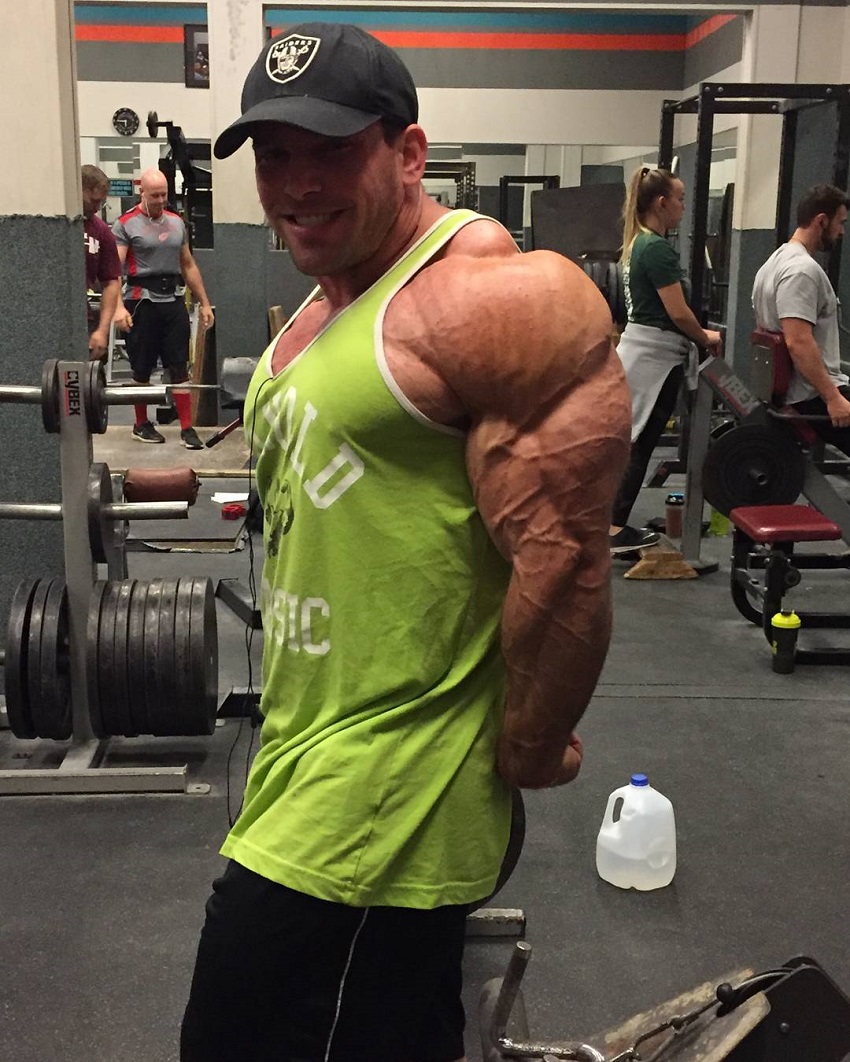 “In 2016, I was able to train at the west coast mecca Gold’s Gym in Venice Beach, California and the east coast mecca Bev Francis Powerhouse Gym in Syosset, New York.

Both have an amazing atmosphere and many ifbb pro’s train at both gyms. I personally liked training at Bev Francis a little more, because it seemed dark and hardcore.”

From Amateur ‘Lifter’ to Competitive Bodybuilder

Jordan Janowitz set out on his bodybuilding journey at the age of 21. As Jordan recalls, this is where he first became interested in the idea of improving his physique.

It wasn’t long before Jordan became fascinated with the results he saw. After several months of weightlifting, he became bigger and stronger. As Jordan said, he liked what he saw in the mirror so he continued to train even harder.

As the months went by, Jordan’s physique looked better and better. Eventually, Jordan became so engrossed in his new lifestyle that he decided to try competing on a bodybuilding stage. In Jordan’s words;

“I started talking to Carl Jackson at Eastern Michigan University and he said that he would help me compete, but only if I were serious about it. Since then, Carl has been my coach for all of my competitions.” – Jordan Janowitz 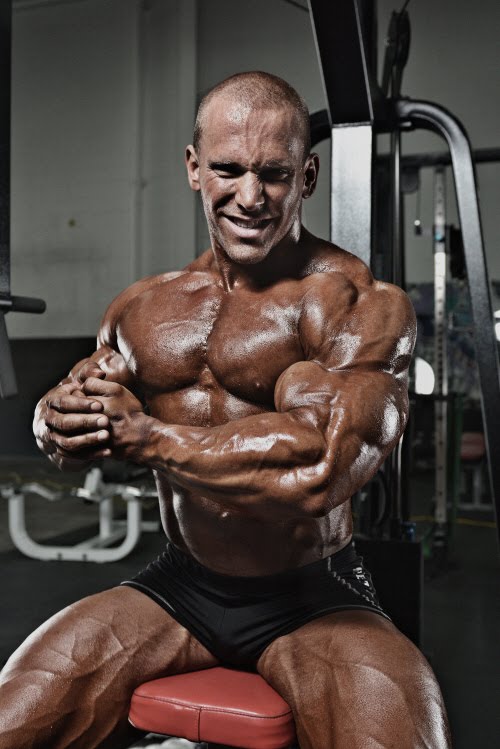 Jordan’s first competition came in 2012. It was the Natural Michigan contest, and Jordan won the overall class.

Riding high from his debut victory, Jordan didn’t waste much time as he started preparing for a new contest – the 2013 NPC Junior Nationals. Impressively, Jordan came at a contest in an incredible shape and took home a runner-up place.

One year later, Jordan took part in the 2014 IFBB North American Championships, an extremely prestigious bodybuilding contest. Standing on the stage along the likes of Tristen Escolastico, Robert Irby, and Erik Ramirez, Jordan took an impressive 2nd place in the Light Heavyweight category.

For the next several years, Jordan continued to participate in bodybuilding contests across America.

By 2017, he’d competed in a total of 7 major contests. Some of his notable results from this period include; 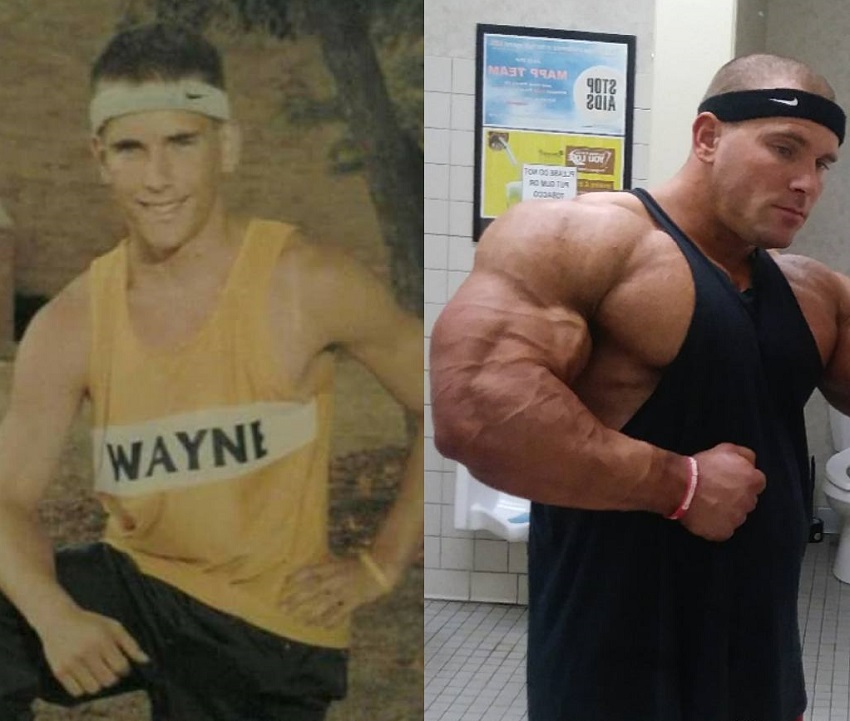 Changing his Routine on Occasions

Jordan doesn’t follow a single training routine. As he says, “my workouts are always changing.” For example, Jordan’s rep range changes anywhere from 8 reps to over 20 reps per set.

Although Jordan loves to train at lower rep range with heavier weights, he believes his body “needs a break” from time to time. Which is why he trains with higher volume on certain occasions.

In regards to his exercises, Jordan prefers free weights over isolations. He believes that his muscles grow the most when he trains them with multi-joint, compound movements.

It’s only at the end of his workouts when Jordan adds an isolation exercise to fully exhaust his muscles. 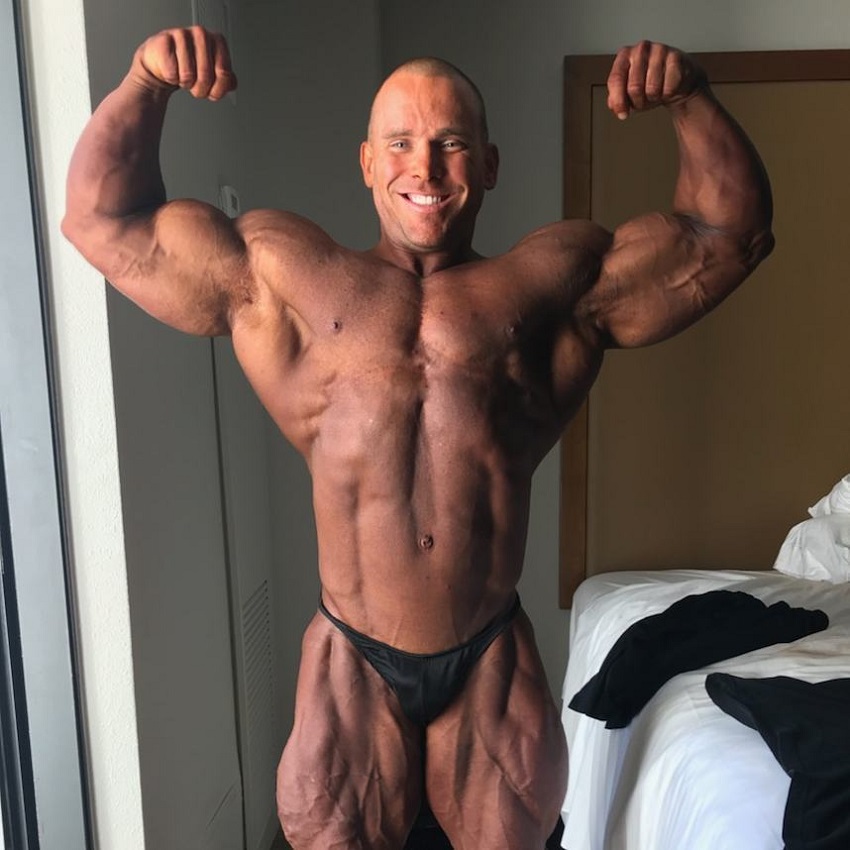 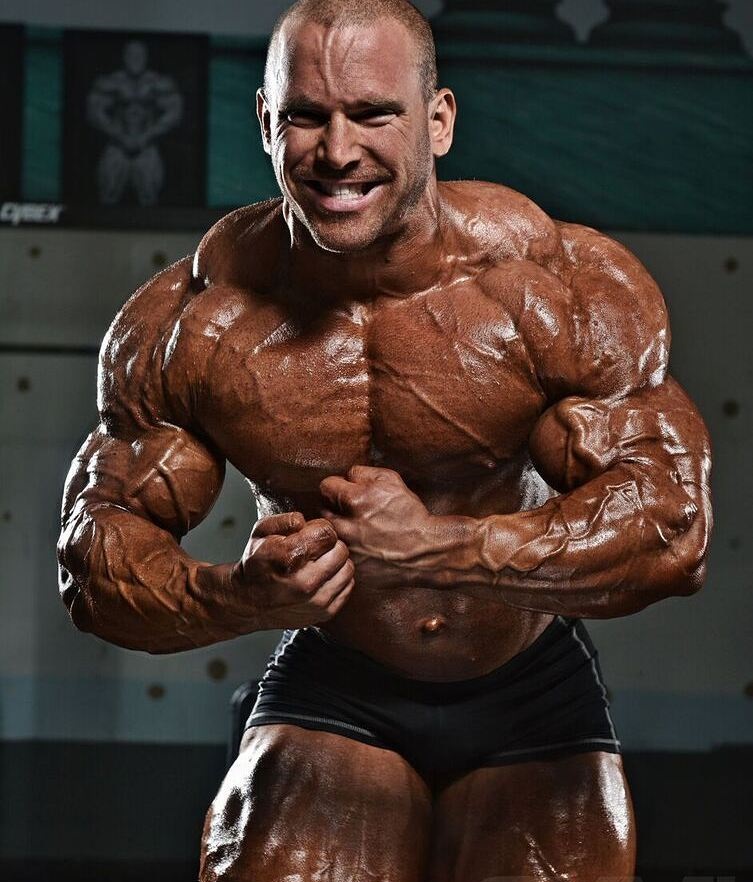 When he wants to lose body fat, Jordan will incorporate treadmill cardio in his weekly workout.

As he says; “When I cut down the only cardio that I do is a brisk walk on the treadmill, not to fast and not to slow.”

If he could pick only three exercises, Jordan says they would be; 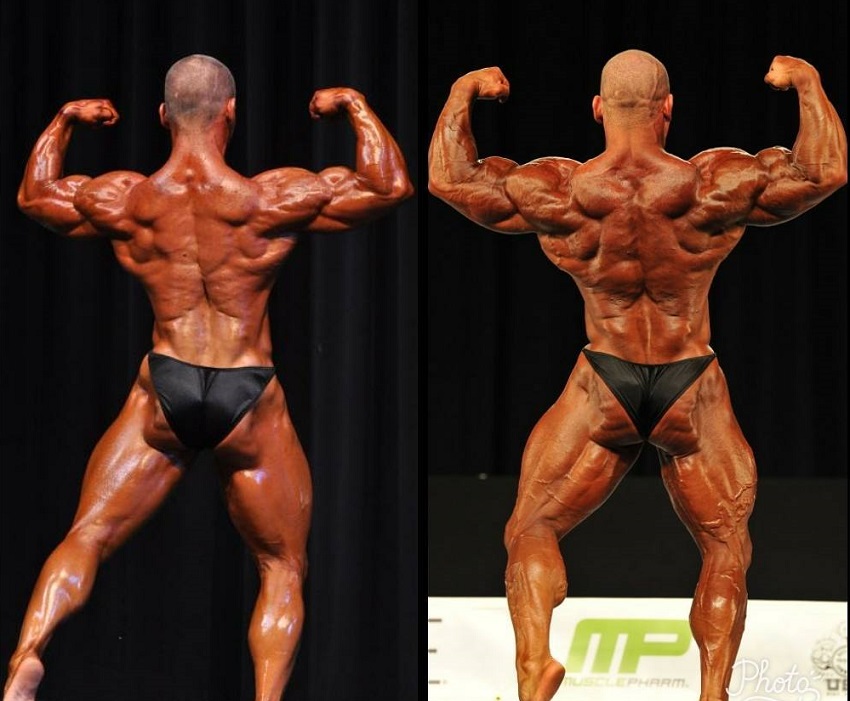 Jordan’s ‘off-season’ and ‘in-season’ diet are extremely similar. He says, the only difference is in his cheat meals – he usually eats something more palatable in his post-workout meals during the ‘off-season.’ 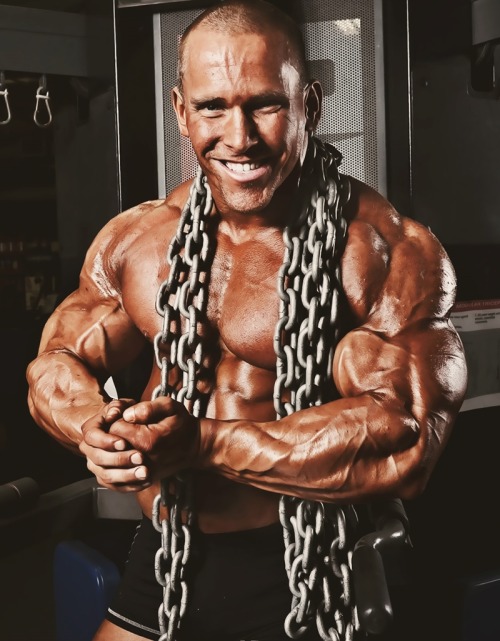 Jordan says, his motivation comes from seeing his own physique improve. This is something that inspires Jordan to maintain his strong discipline and hard work to achieve new heights in his bodybuilding career.

“I also know that if I want to be competitive as a pro bodybuilder I need to work extremely hard and do what I’m told to do by my coach. That alone is a motivation factor.” 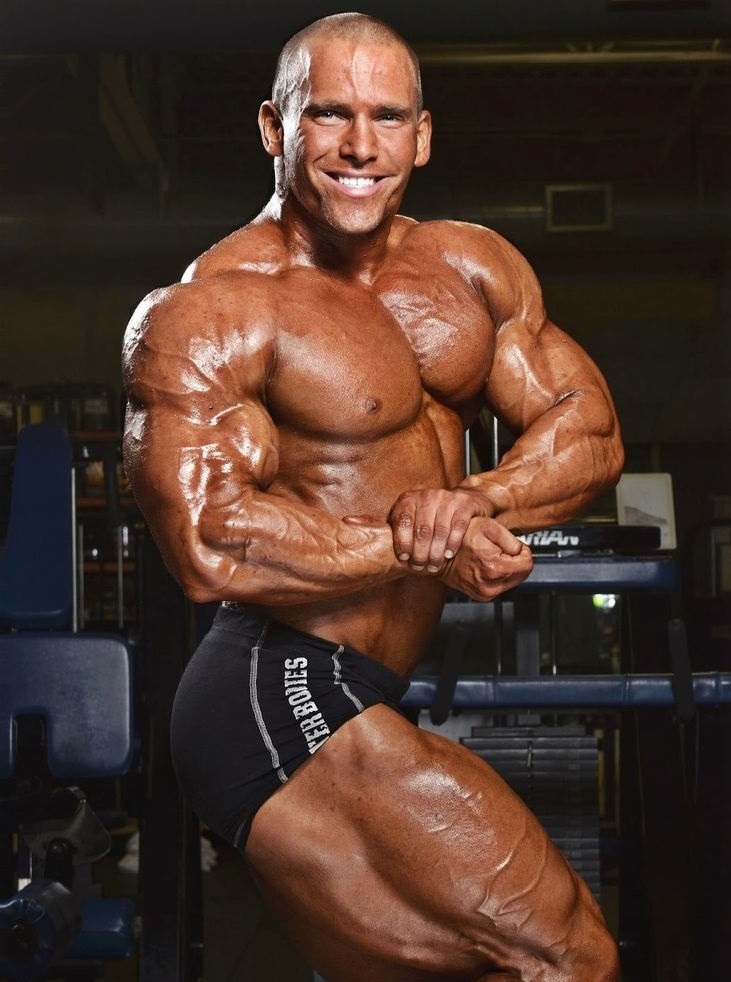 What we can learn from Jordan Janowitz

Jordan Janowitz began his bodybuilding journey at the age of 21, with a goal of improving his physique. Through hard work and dedication, he achieved much more than he’d initially planned – becoming a professional athlete and an inspiration for people who follow him.

If anything, Jordan Janowitz has proven that nothing beats hard work when it comes to achieving your goals. Stay consistent, work hard, and never give up – that’s one of Jordan’s ethos for achieving success in bodybuilding, and life.