Joe Delaney is an online fitness trainer and sponsored athlete hailing from Britain. He propelled to fame across his Instagram and YouTube pages after sharing his fitness journey with others online.

He started his fitness journey, after becoming impressed with the results his older brother had achieved in the gym. Soon enough, Joe began to follow in his brother’s footsteps.

After several years of hard work and dedication training in the gym, Joe was able to build a great physique. After years of hard work, Joe had built an awesome physique, and because of this he became a sponsored athlete and social media celebrity.

Eventually, Joe turned to online coaching as a way of having a positive influence in other people’s lives. By doing this, Joe could help his clients achieve the physique of their dreams. This is his story: 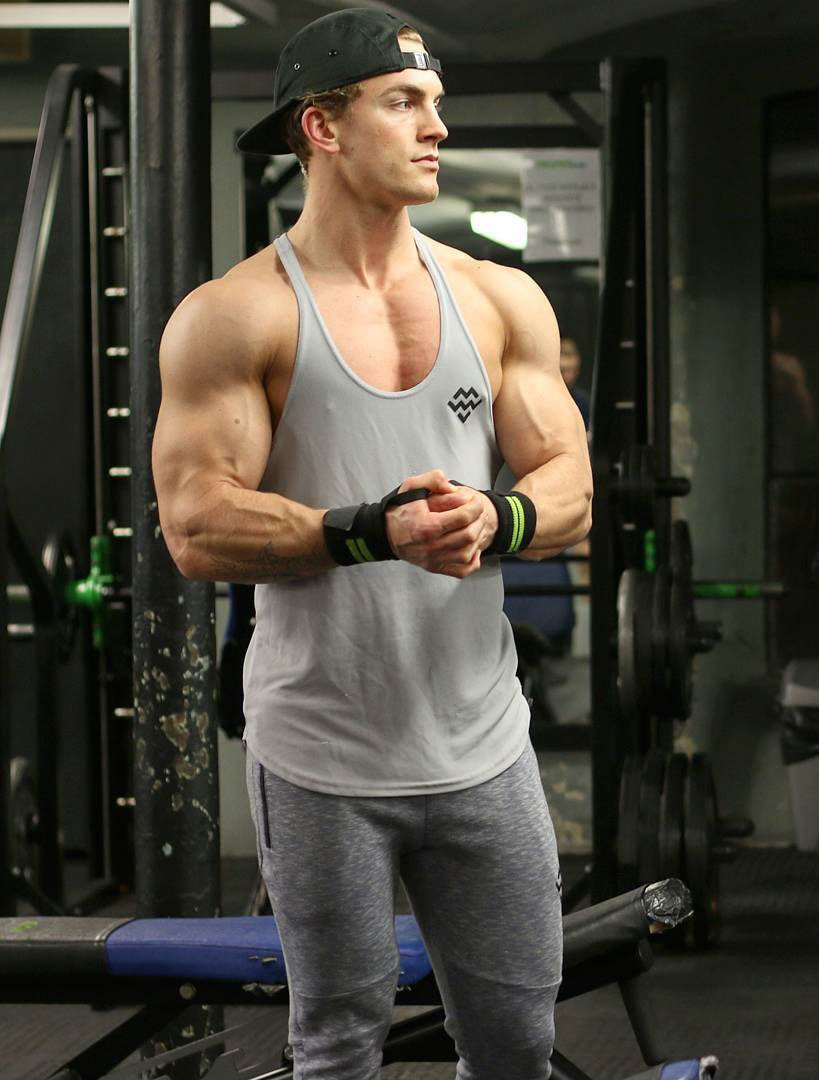 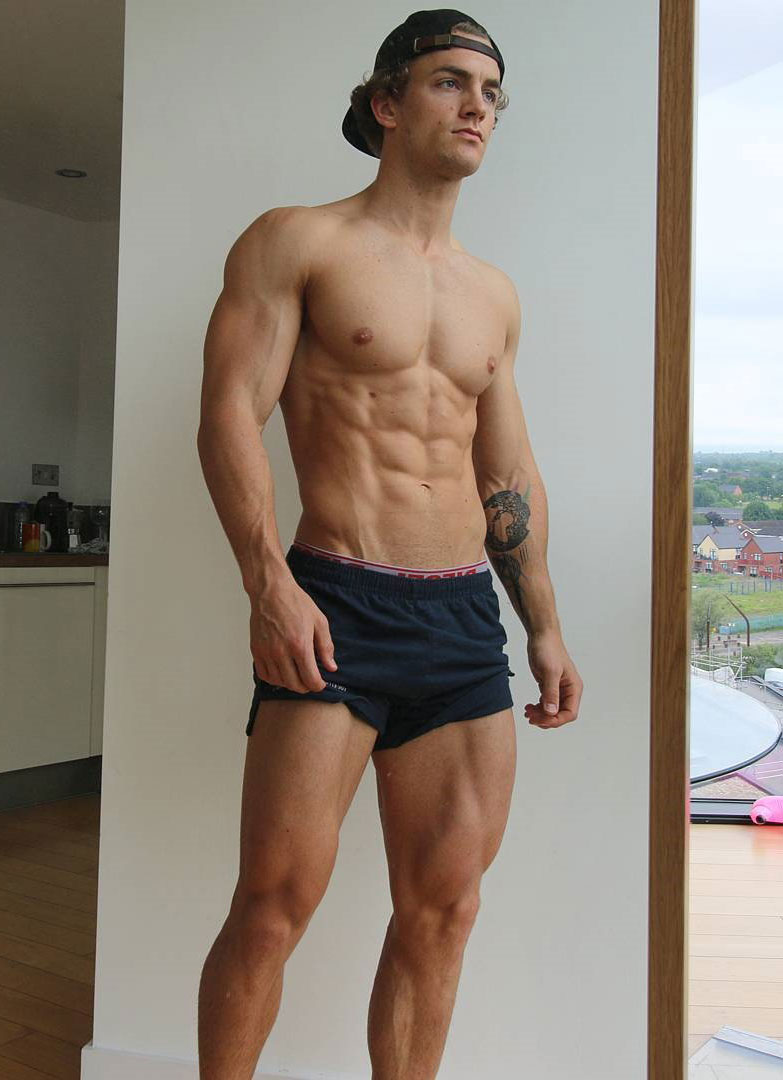 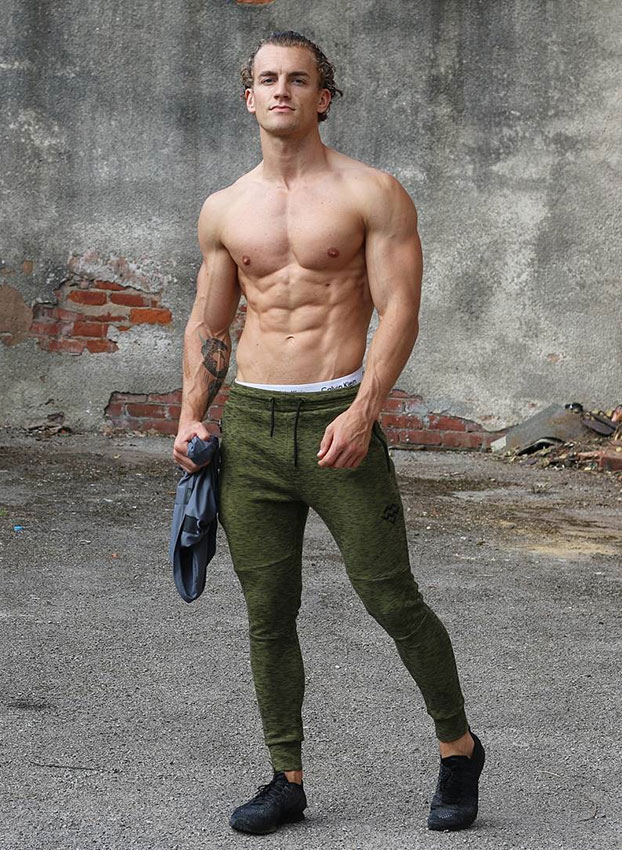 Joe began his journey in fitness when he saw the substantial progress that his brother had made since starting out in the gym. This made Joe want to achieve the same, so he began training at the age of 16.

However, Joe made the mistakes that most newbies in the gym make – including lacking focus on certain body parts and not following a suitable diet.

Instantly, solid results began to follow. His fitness journey had now stepped up a gear – offering Joe a platform within fitness to become one of his biggest passions in life.

After making a lot of progress in the gym, it was Joe’s wish to begin sharing his story with others online – inspiring them to achieve great things in their fitness journey.

Joe quickly propelled to fame, inspiring others to earn the physique that he was able to achieve through hard work in the gym.

He began sharing videos online, providing his fitness expertise – including his daily life, diet, along with the methods of fitness training that he followed.

Eventually, social media allowed Joe to not only reach his own goals, but also to assist others in achieving theirs. Soon enough, his fitness journey could be taken to the next level when he began online coaching. 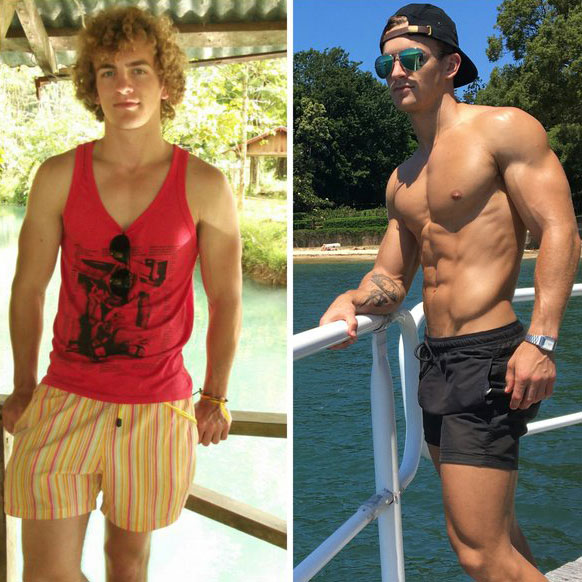 Joe Delaney before compared to how he looks now.

It was Joe’s ultimate goal to have a positive influence in people’s lives. His new business venture as an online coach quickly took off – offering him the chance to fulfill his passions for fitness and helping others.

Joe encourages his clients to remain focused, while setting realistic goals. Joe states the following in regard to this:

“Be decisive, make a choice then stick with it. Don’t be one of those guys who bulks for five days, then changes his mind and cuts for a few days, or somebody who has a new training split every week. Time spent deliberating is just time spent treading water, and won’t get you anywhere close to where you want to be”.

Eventually, Joe’s journey saw him become a sponsored athlete. This emphasized just how far he had come since he started his fitness journey.

Joe knows he has a long way to go on his fitness journey – aiming to continually grow his online coaching business. 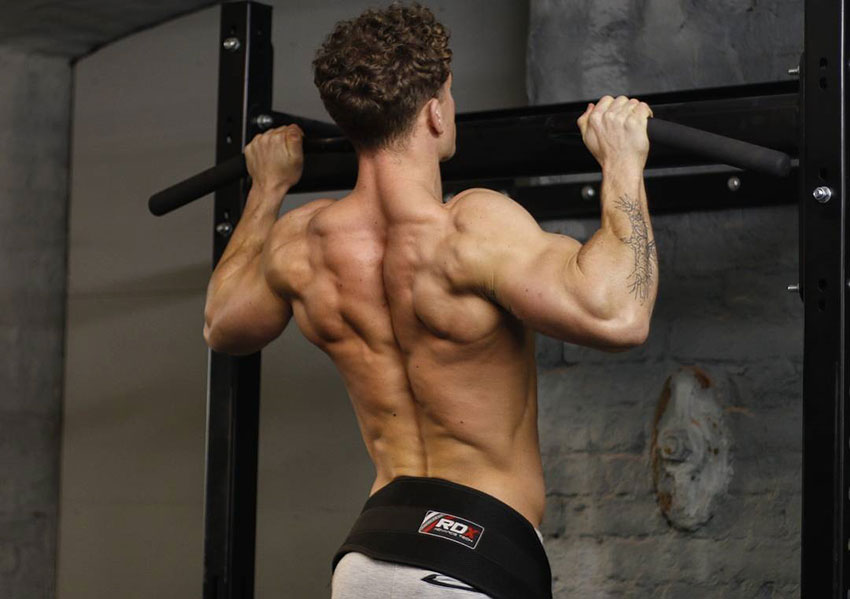 Joe follows a four day split, which allows him to optimally build lean muscle mass. He maintains a busy lifestyle and is often on the move, but he ensures fitness remains a priority in his schedule so that he can stay on track.

However, Joe changes up his routine every 4-8 weeks in order to stay motivated, while achieving optimal progress in his workouts.

One of his routines is listed below: 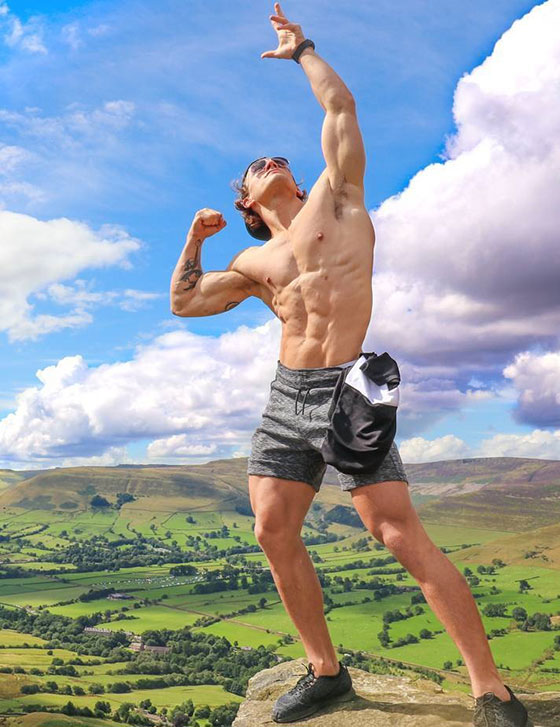 Joe eats foods that keep him full throughout the day, so he’s not tempted to indulge in unhealthy options. Otherwise, this could undo the hard work he’s put into years of training at the gym.

Joe revolves his diet around the following foods, so that he is able to quickly recover from his workouts, while continuing to build lean muscle mass: 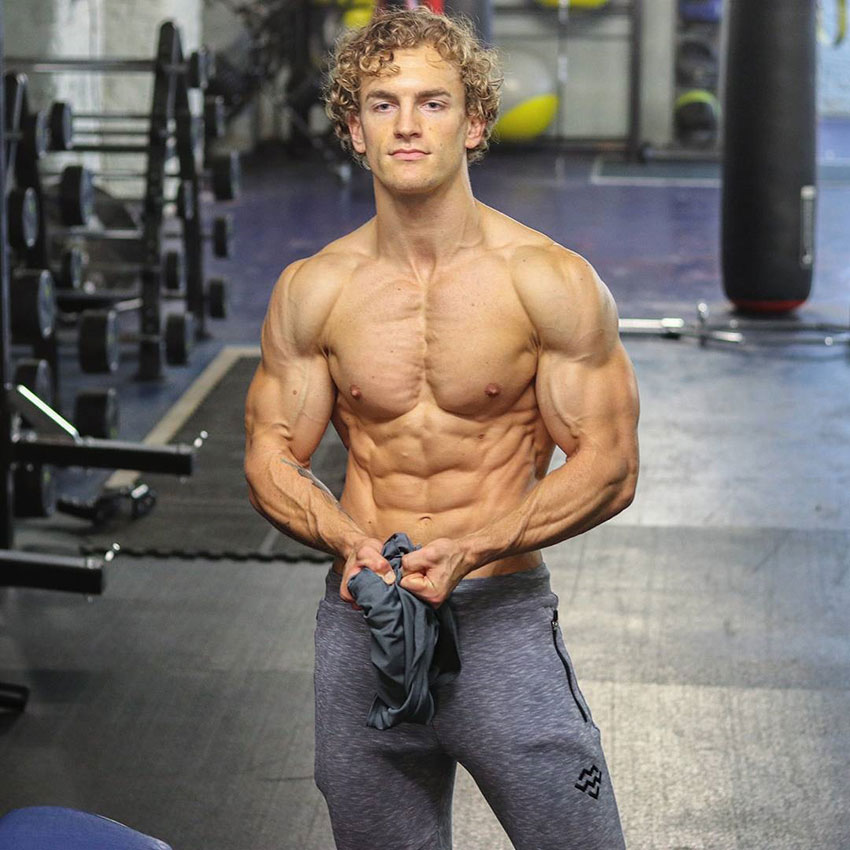 Joe was inspired to get into fitness by his brother. The quick progress that his brother had made through hard work in the gym, left Joe wanting to achieve the same.

They regularly train together to keep each other motivated, continually pushing each other to achieve their goals.

In addition, Joe also lists Kane Sumabat and Arnold Schwarzenegger as two of the biggest figures in bodybuilding that he idolizes. They inspired him to move forward in his fitness career – so that he could consistently reach new heights. 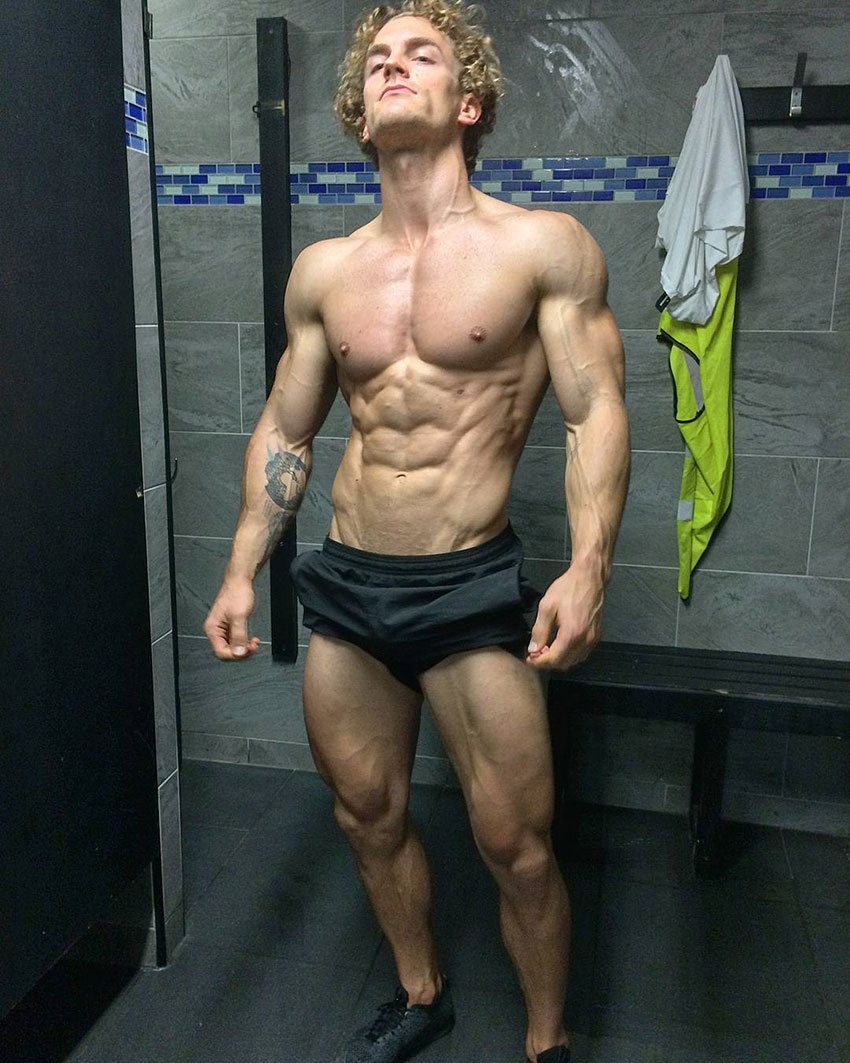 What we can learn from Joe Delaney

Joe was able to turn his passion for fitness into a career. He made it his ambition to earn a phenomenal physique, but began by making mistakes – much like many others when they start out in fitness.

However, Joe was able to overcome this by cleaning up his nutrition – learning more about macronutrients. Along with hard work in the gym, Joe was able to quickly reap the benefits from his workouts.

What we can learn from Joe Delaney is that at first, you might make mistakes that can hinder your progress in the gym. But, by following a suitable nutrition and workout program, you can achieve anything you put your mind to – much like Joe has.