Jared Bullock is an American bodybuilder, sponsored athlete, and US Army Veteran. He worked on his Grandfather’s farm as a teenager – setting him up perfectly for a career in the military. But in 2013, Jared’s life would change in a big way.

Jared was on duty in Afghanistan, but shortly after being deployed, he sustained serious injuries when his vehicle hit a roadside bomb. Jared lost two of his limbs as a result of the incident, initially taking its toll on him, as he began to suffer from depression.

However, with the support of his close friends and family, he was able to overcome this to achieve things he never thought he could. Jared continued to set goals for himself so he could continually push himself – being the only motivation that he needed.

After hitting the goals he had set himself, Jared now wishes to pay back those who showed him such generosity in the wake of his injury. He aims to inspire others in his situation to find fitness. In the process, becoming the best that they can be. This is his story: 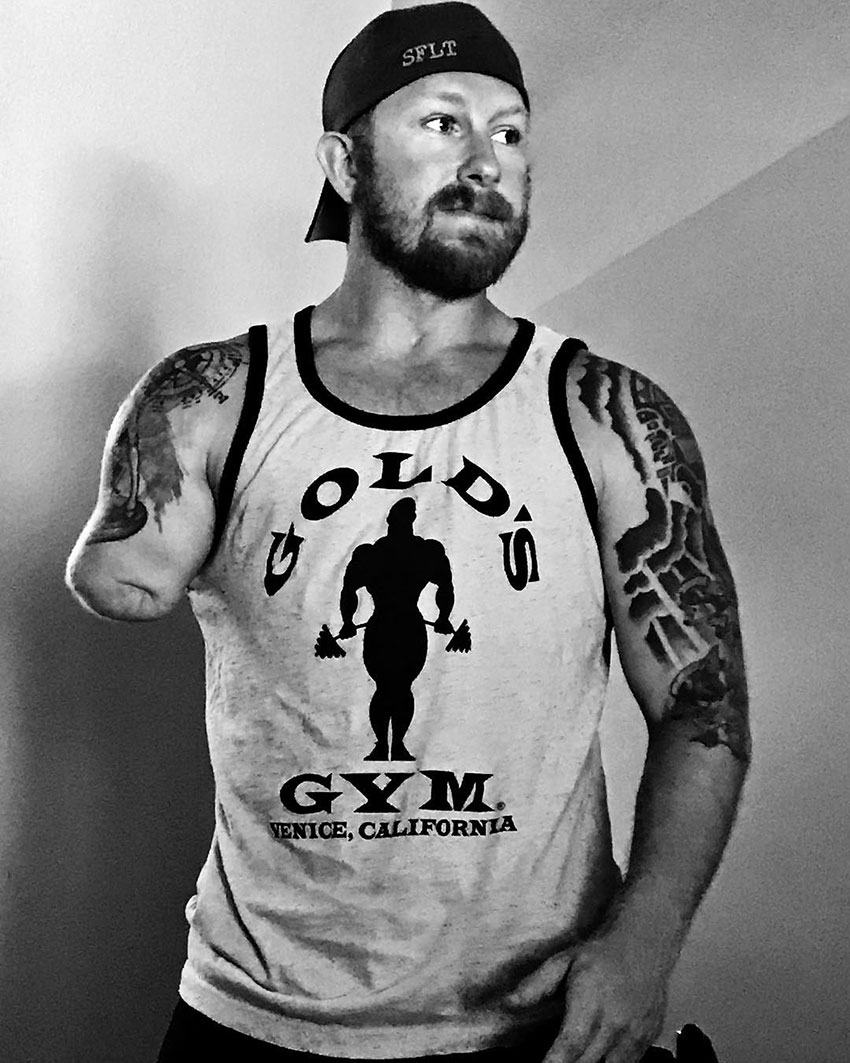 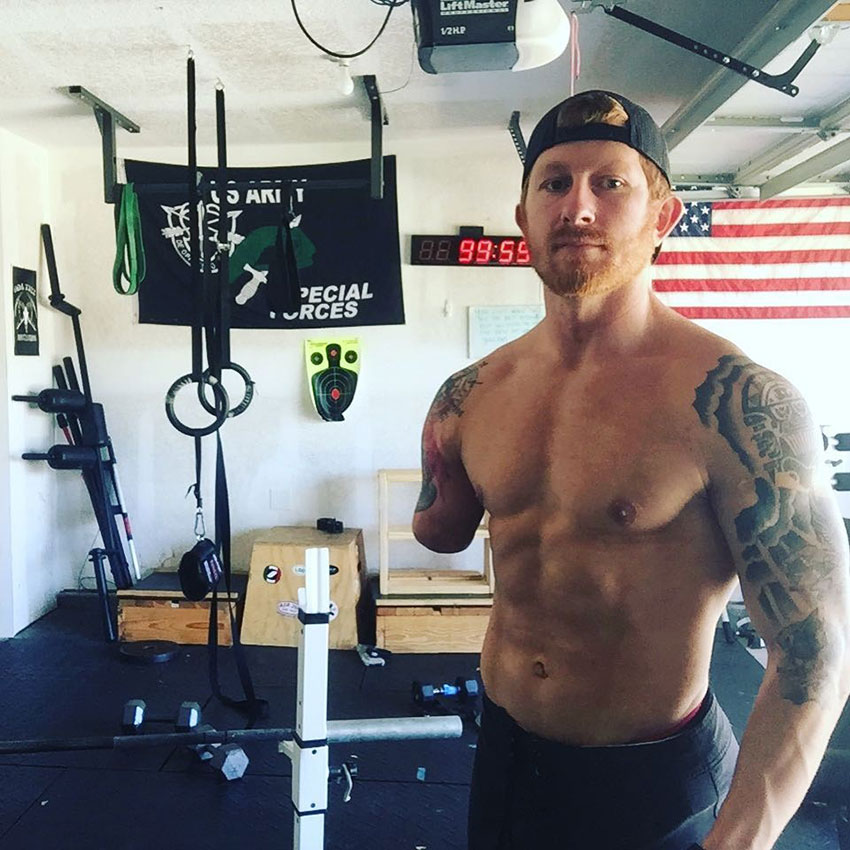 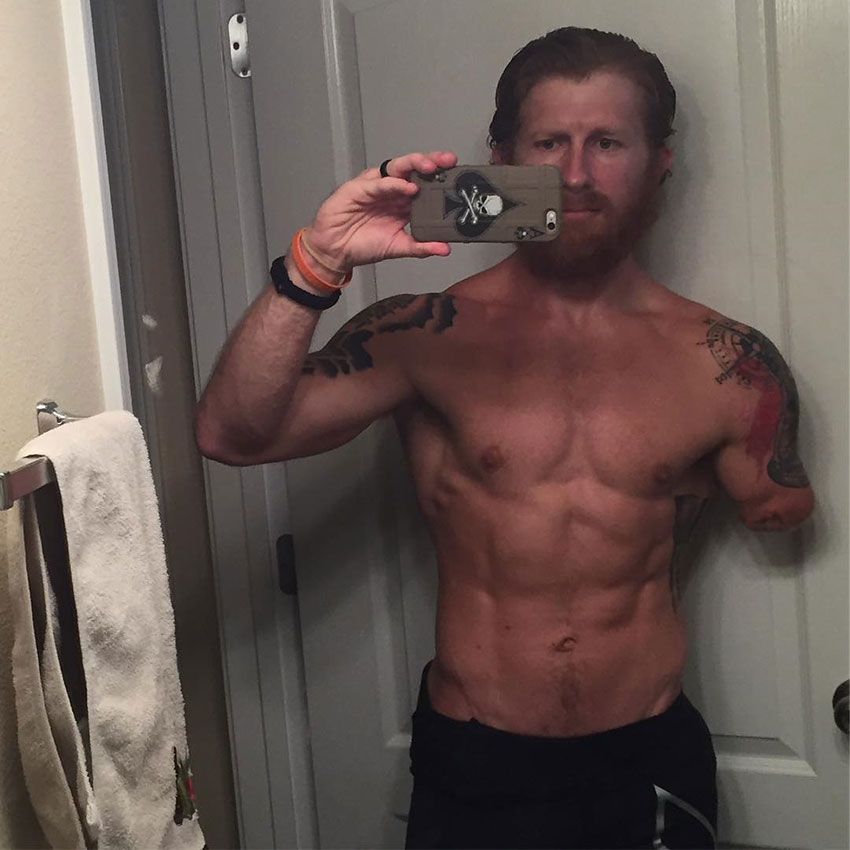 Jared was born in Illinois, residing there during his childhood. Throughout high school, Jared admitted that he wasn’t the most athletic of people – not playing any sports. Therefore, his fitness journey wouldn’t take off until later in his life.

Jared grew up working on his Grandfather’s farm along with his twin brother. This taught him many important lessons in life, including having to work hard to obtain goals. With regard to this, Jared stated:

“My twin brother and I grew up doing loads of guide labor on my grandpa’s farm,” he says. “He was an superior man, however he did not take any s**t. In the event you needed to eat, you needed to work. That perspective began there and simply type of grew inside me till I joined the Military”.

Jared’s early life working on a farm set him up perfectly for a career in the army. So in August 2003, Jared enlisted in the US Army along with his twin brother. It was his wish to not only serve his country, but also make a difference in the world – becoming part the army offered him this chance.

Jared’s military career went from strength to strength as he started to make a name for himself as a role model for others. His time in the army would later see him serve two tours of Iraq – while starting to teach inexperienced Berets.

After establishing himself in the military, Jared was eventually stationed in Afghanistan. At this point, Jared was proud his achievements – but things would soon take a turn for the worse.

In November 2013, Jared sustained life changing injuries.  The vehicle he was in hit an improvised explosive device (IED) – having devastating consequences for Jared and his fellow soldiers.

The roadside bomb would take the life of one of Jared’s best friends, while injuring himself and two of his other colleagues. This would have a devastating impact on Jared’s life, as he needed to have two limbs removed.

Upon returning home, this is when the pain truly began to sink in. Jared felt as though all of his hard work had gone to waste – as he was forced to withdraw from service. This initially had a negative impact on his life, as Jared began to battle against depression.

However, Jared quickly realized that he wanted to continue to live his life, despite the injuries that he had sustained. Overwhelmed by the support that he received from his loved ones, Jared didn’t let his injury phase him, stating:

“I knew that my life wasn’t over, and this was just another challenge. Challenges have always motivated me to push harder in life”. 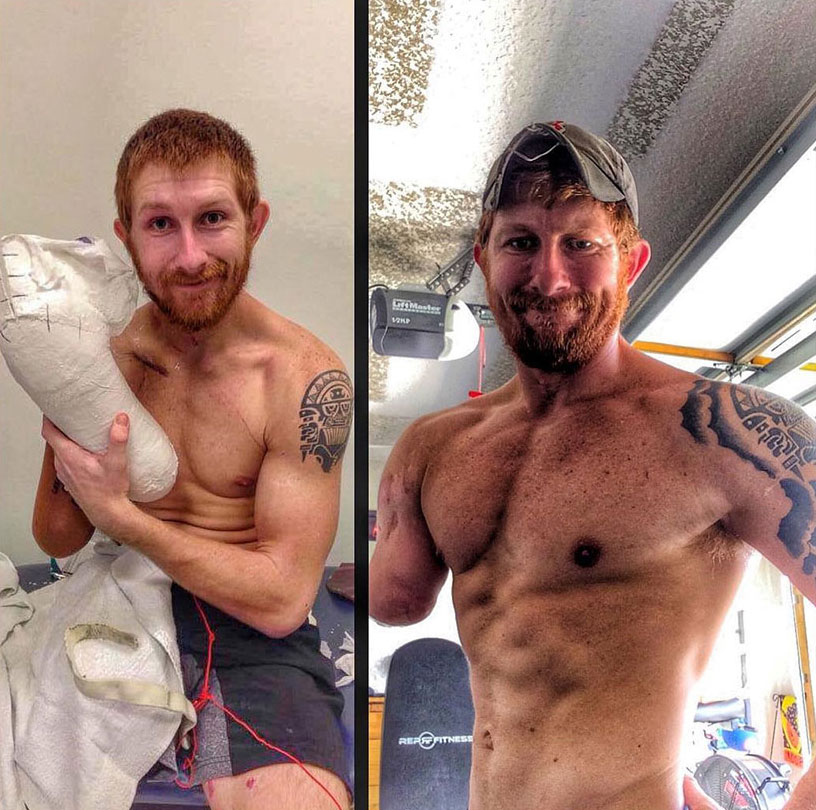 When He Found Fitness

Jared began his rehabilitation process, staying on track in his recovery by continually setting goals for himself. Jared’s motivation was now at its highest since his injury, so he wanted to take full advantage of this.

He set himself goals of running an obstacle course within a year of his injury, as well as attending his son’s birthday party. This was something that would allow Jared to stay motivated and keep his life on track.

Turning to the Bodybuilding Stage

Eventually, after seeing himself progress at a fast rate, Jared wished to take his fitness journey to the next level. This is when he focused heavily on regular training in order to be able to compete on the bodybuilding stage.

Jared entered his first competition in 2016 at the Daytona Beach Classic. Here he was able to earn a 5th placed finish out of 12 in the novice category, and 3rd in his class.

This showed just how far Jared had been able to come since fitness became a part of his life. This offered him a platform to enter competitions in the future, knowing that solid results came along with the hard work he was putting in.

Jared aims to help others in his situation achieve the same things as himself. He wants to inspire other amputees to turn to fitness as a way of improving their lives – much like it improved Jared’s.

In addition, it is Jared’s wish to help his fellow veterans. In the wake of his injury, Jared was offered a custom home by a foundation set up to support veterans. After receiving this generous gift, Jared knew that he wanted to repay the debt in some way, stating the following:

“The gym truly is my dream,” he says. “I want to own a business. I want to serve the community. And I want to be able to be successful so I can support all the foundations that have helped my family and me. Whatever they gave me, I’ll give back to them so they can help other veterans.” 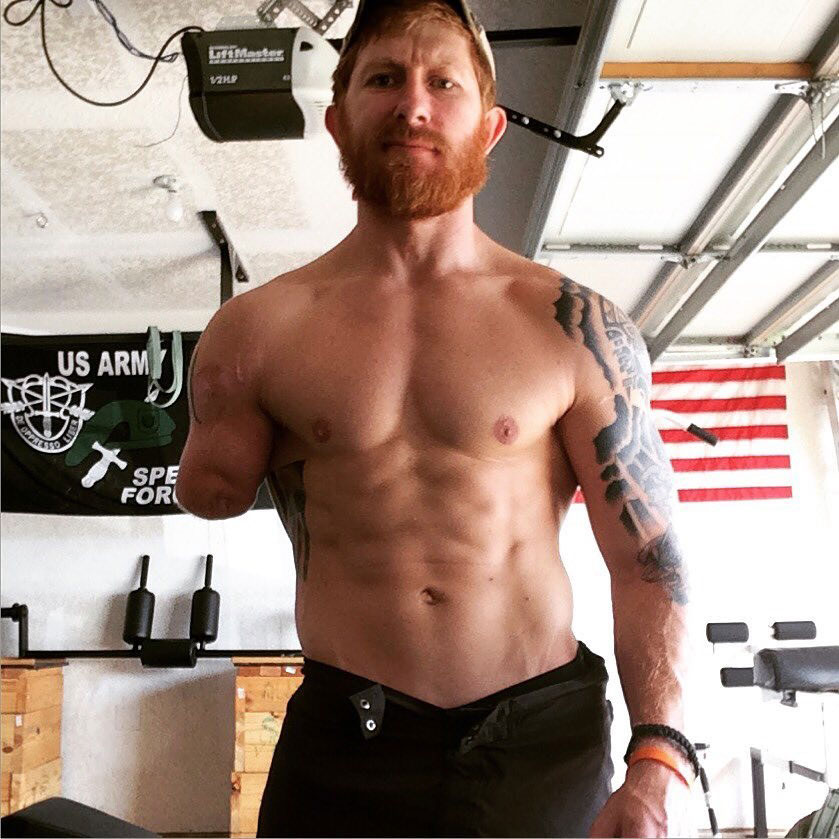 As a result of his injury, Jared had two limbs removed on the right hand side of his body. Despite this, Jared placed emphasis on keeping his body as symmetrical as possible, stating the following:

“I was doing my own research on how to train without all of your limbs,” he says. “At the same time, I was working with child amputees here in the United States and kept seeing how the asymmetrical strength they were developing would cause them problems. I didn’t want that to happen, so I spent a lot of time in my gym working my whole body”.

Jared set up his own custom gym in his garage in order for him to reach his fitness goals. He uses specially adapted equipment in order to complete his workouts, utilizing straps to perform certain exercises, such as the ones listed below: 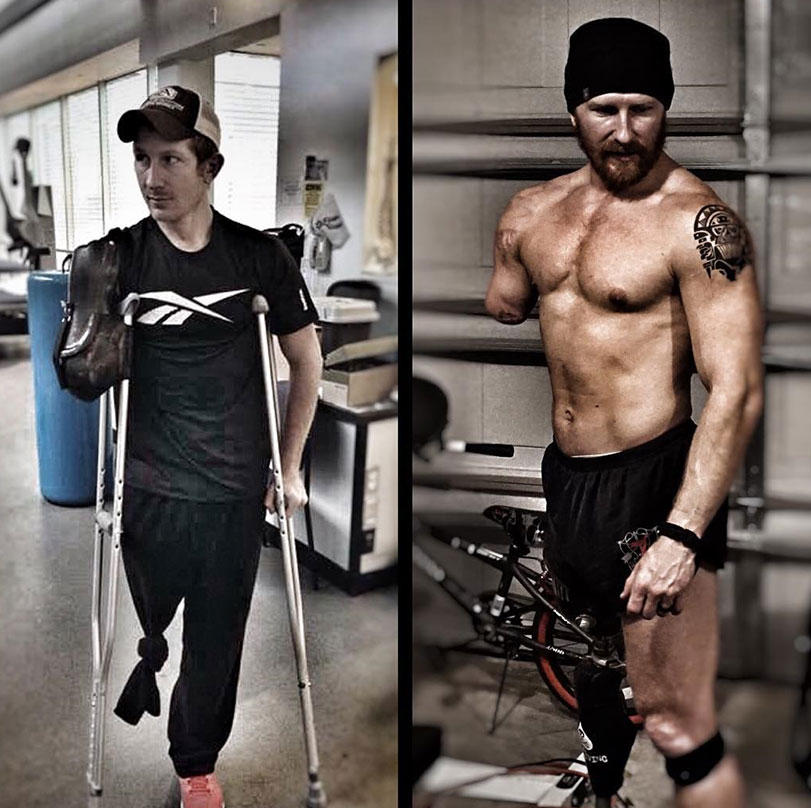 Jared prepares his meals in advance, ensuring that he stays on track to achieve his fitness goals. He incorporates healthy fats, complex carbohydrates and protein into his diet to form his macronutrients. However, Jared will also give himself an extra incentive to reach his goals by eating an occasional cheat meal.

Furthermore, Jared keeps his caloric intake high, as additional energy is required to carry the extra weight of his prosthetic leg around, stating:

“I’ve always had a fast metabolism, but now, as an amputee, I burn calories like crazy,” he says. “My robot leg weighs 10 pounds. Dragging that around takes twice as much energy as it would to walk around with a regular leg. I burn through so many calories that I have to eat about 4,500 calories per day.” 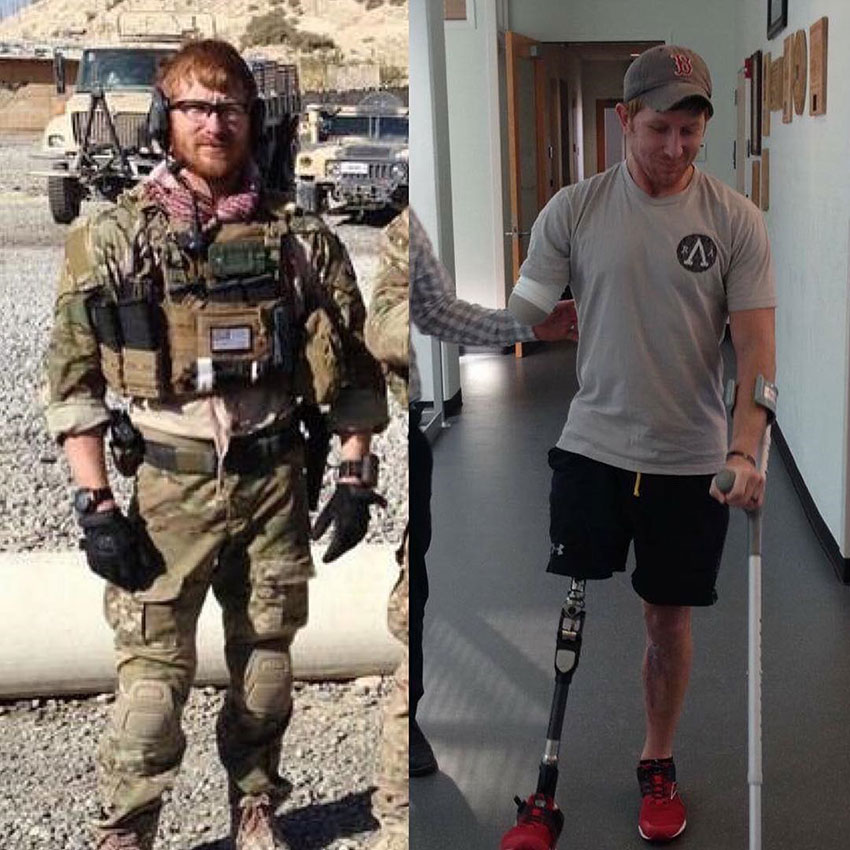 Jared stayed true to his desire to make a difference in the world – even after he sustained a life-changing injury. He cites his family and friends as the biggest influences in his life, especially his wife – who aided him throughout his recovery while keeping him on track to achieve his goals.

Jared discovered fitness, and it allowed him to quickly find his personal confidence again. This was all the motivation he needed to continue to move forward in his life.

Eventually, Jared would make a mark on the bodybuilding stage by competing in bodybuilding competitions, knowing that he wouldn’t let anything get in the way of him pursuing something that changed his life for the better – fitness. 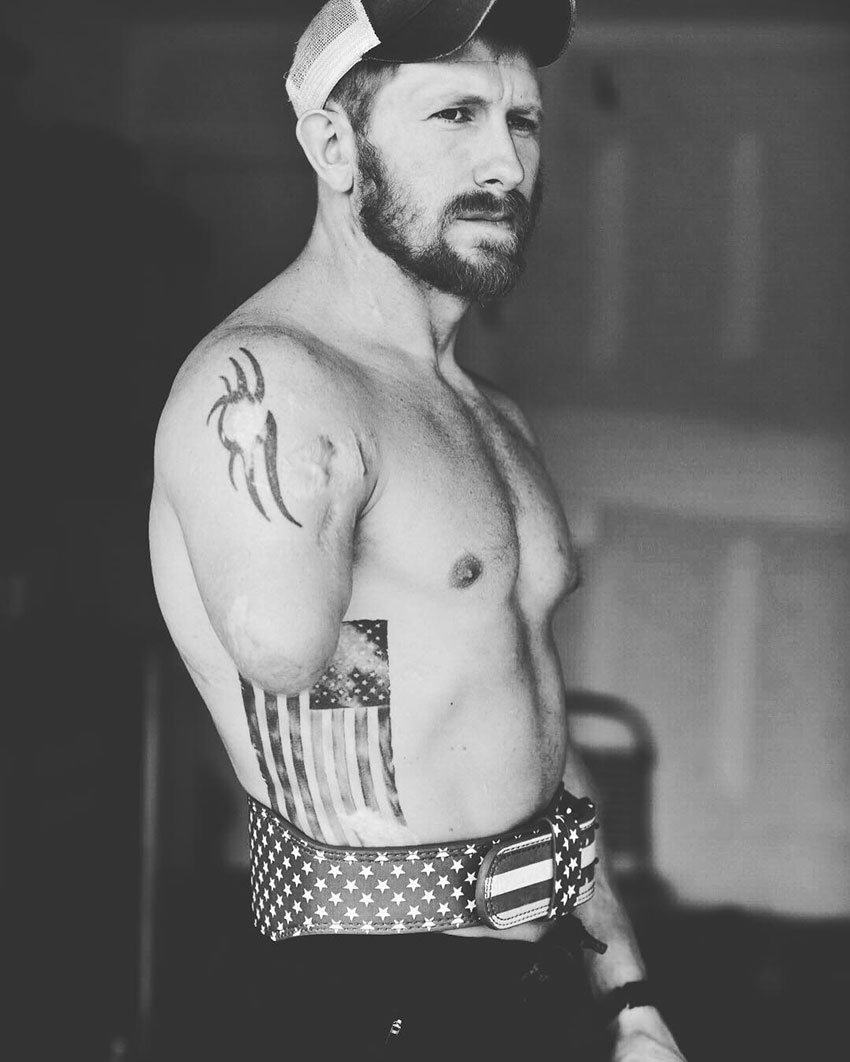 What we can learn from Jared Bullock

Jared is a true inspiration to many people across the world. He was able to overcome a life-changing event that could have potentially left him battling depression for the rest of his life. Jared became a double amputee, but he didn’t allow this to impact negatively on his life.

He fulfilled his ambition of serving for his country, while also making a difference in the world. Even when he sustained his injury, Jared kept this dream alive – finding fitness along the way.

Eventually, Jared was able to take his fitness journey to the next level by competing on the bodybuilding stage. Now, it is Jared’s wish to be able to pay back all those who had helped him recover from his injury – bodybuilding offered him the chance.

What we can learn from Jared Bullock is that things may happen in your life that can totally change the plans you make. But, by maintaining a positive mindset and utilizing the support of your loved ones, it really is possible to achieve anything you put your mind to.