Born and raised in San Diego, California, James Hurst a.k.a. ‘Obey The Bolt’ is an IFBB Pro Men’s Physique bodybuilder, known for his sculpted and muscular physique. However, he had to overcome many hurdles in his life to become a success on the bodybuilding stage.

When bullying began to take over his life in his childhood, his self-confidence quickly fell downhill – acquiring the cruel nickname the ‘stickman’ because of his skinny frame.

But then one day, James fought back, determined to overcome the bullies who once made his life a misery. By the time he reached high school, he gained a love and fascination for the sport of Strong Man, idolizing the strong and powerful athletes – giving him the motivation to establish his passion for bodybuilding.

Ever since then, James was able to build a phenomenal physique, achieving success beyond his wildest dreams – reaching his peak upon earning IFBB Pro status in 2014. This is his story: 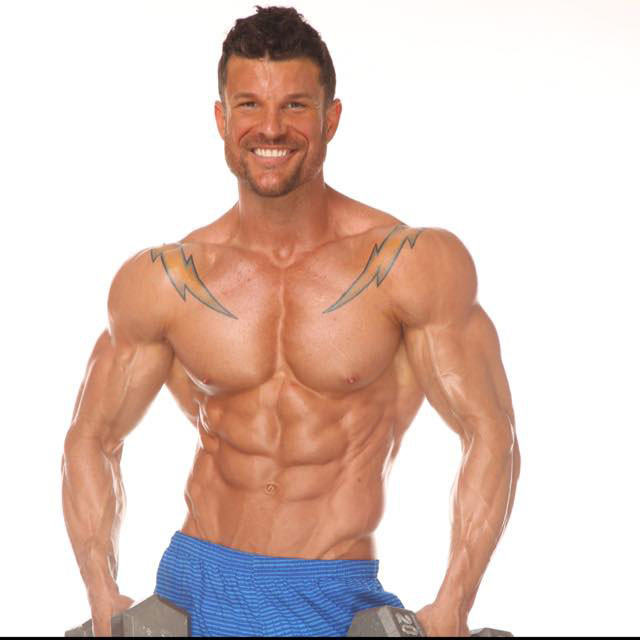 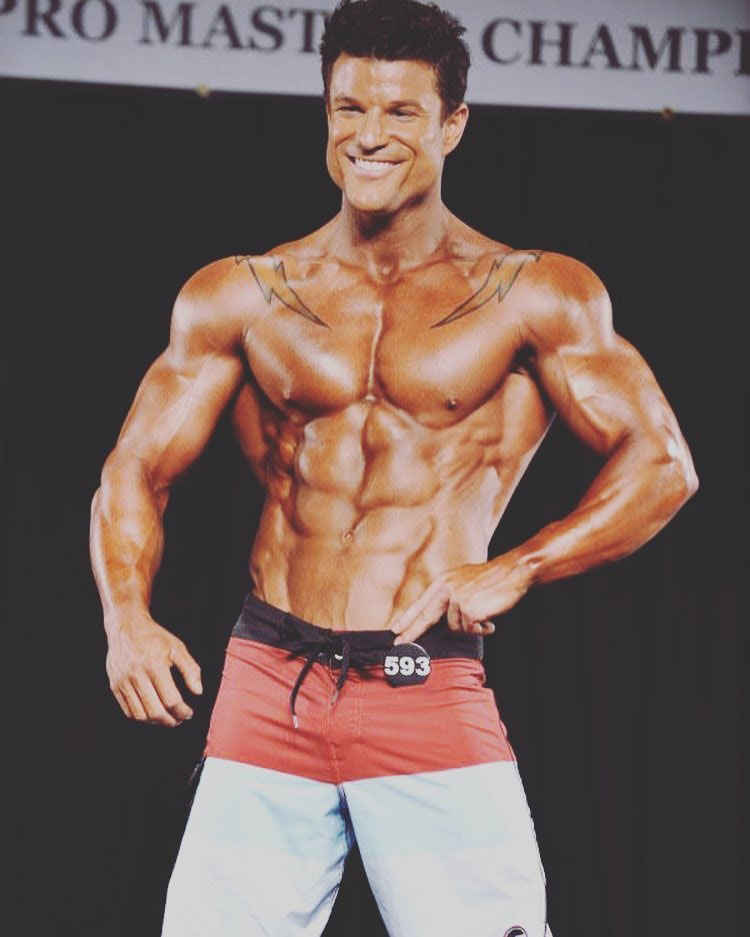 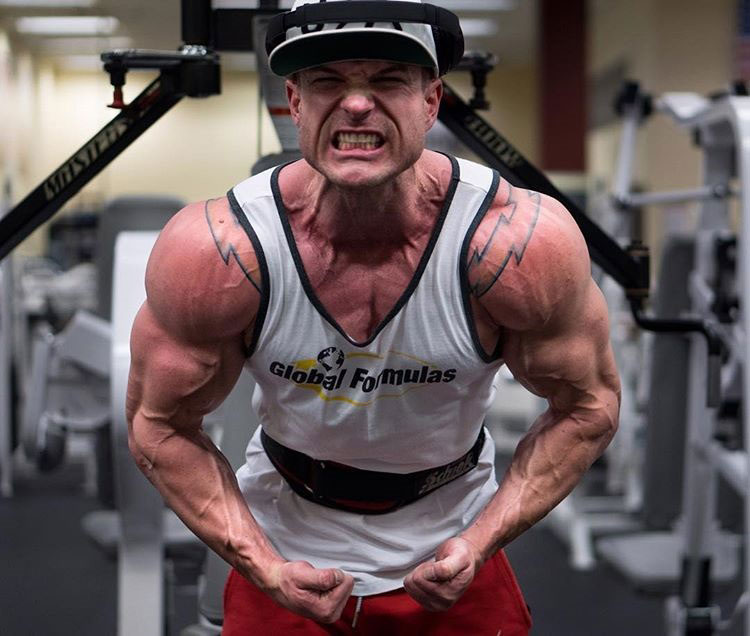 James Hurst spent his childhood growing up in California. Throughout his early days in school, he was always one of the skinniest kids in school. As a result of this, he began to suffer from bullying, which had a negative impact on his life.

Bullies referred to James as the ‘stickman’, causing him to have low self-esteem throughout his life in school. However, James soon decided that enough was enough. He made it his mission to build muscle mass, offering him the chance to succeed in dealing with bullying.

From the start of his fitness journey, James regularly watched numerous World’s Strongest Man competitions. He was inspired by their sheer strength and power, giving him the motivation to push forward and build his ultimate physique.

When James turned 15 years old, his mother bought him a weight bench and a barbell set. From then on, James quickly fell in love with bodybuilding. Because of this, his personal confidence quickly grew, and he emerged victorious over the bullies who had once pushed him back mentally.

James’ main goal was to build lean muscle mass. Through hard work and determination, James set out to achieve just that. However, it didn’t take long for him to reach a plateau, as he lacked guidance in the weights room, and had a poor knowledge of nutrition during this time.

To build his fitness knowledge, James began to conduct research methods of building muscle. This is when he completely overhauled his diet and training program. As a result, he quickly began to make progress – moving on from his days of naivety in the gym.

After a while, James became aware of what it takes to build a great physique. Because of this, he was determined to move to the next level – setting his sights on reaching the bodybuilding stage. 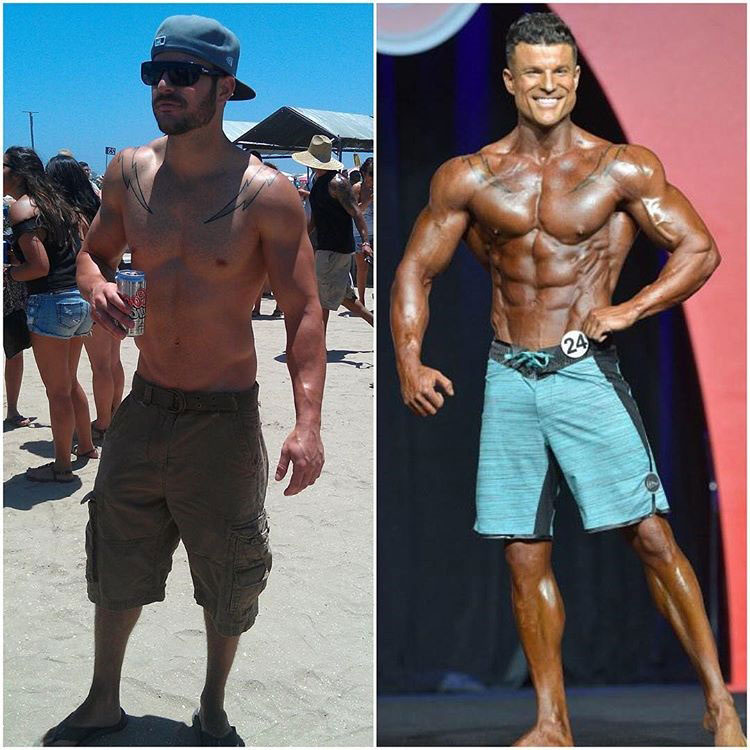 James Hurst before compared to how he looks now.

James began working with a personal trainer to reach his bodybuilding ambitions. He trained passionately and consistently in the gym – quickly reaping the rewards of his intense workout sessions.

James’ personal trainer ensured that James stayed motivated and on track to reach all of his fitness goals. Soon enough, James was all set to compete as a men’s physique bodybuilder.

It was at this point, James entered the 2013 Junior USA Championships in the men’s physique class D category. He finished in 16th place – a result that James was highly dissatisfied with. However, his poor performance gave him a reality check. From then on, James realized that he had to work harder to find success in his fitness career.

By the time his next competition came along – the 2013 NPC USA Championships, James was able to improve his physique, breaking into the top 5 in the process. He finished in 4th place in the competition, highlighting that his hard work led to drastic improvement on the bodybuilding stage.

After competing in several regional and national bodybuilding shows, James was able to earn his IFBB Pro Card in 2014. This served as a reminder of how much his fitness career had excelled by staying motivated and working hard in the gym.

From then on, James was determined to enter the Pro circuit with a committed mindset. After becoming an IFBB Pro, James stormed to two successive 1st place finishes including at the 2015 San Jose Pro and 2015 Governors Cup competitions – proving his potential as a Men’s Physique Pro bodybuilder.

As a result of his success on the bodybuilding stage, James soared to fame across his social media pages. Due to his triumphs as a Men’s Physique Pro bodybuilder, James realized that he wanted to help others reach their own fitness goals. Because of this, he began a career as a personal trainer – allowing him to positively influence the lives of his clients. 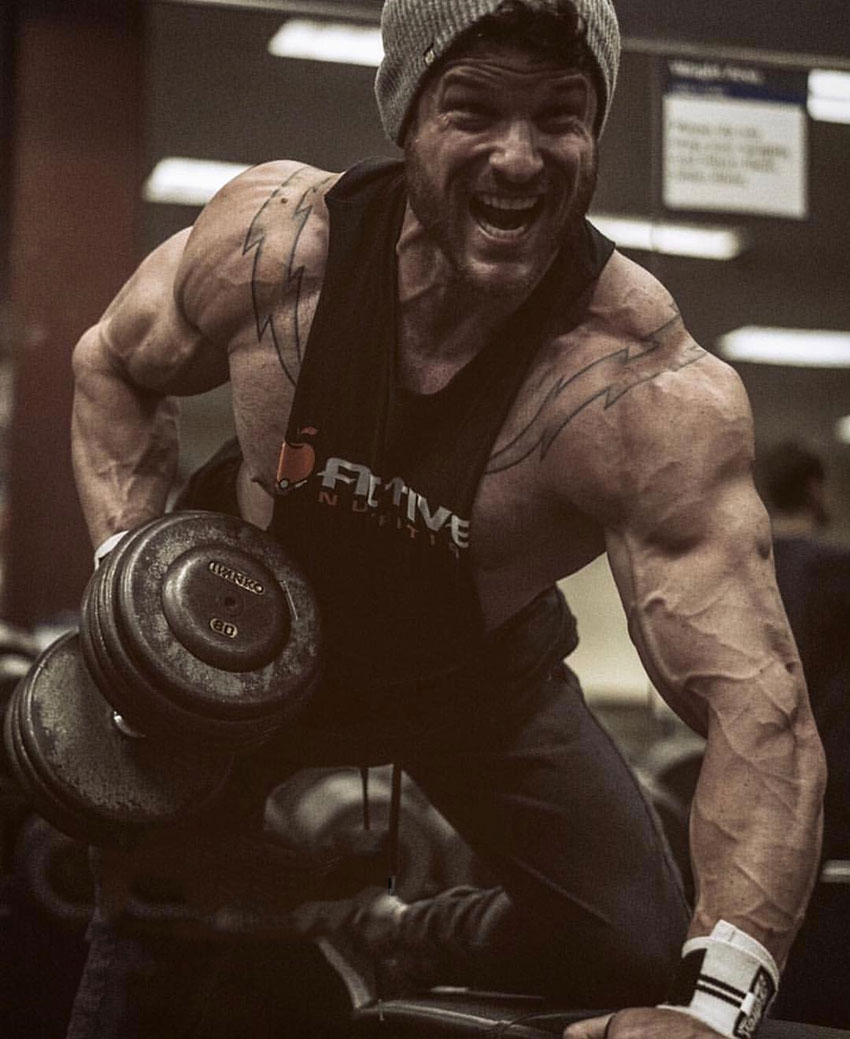 James follows a push, pull, and legs split – training each muscle group twice per week with the exception of legs, which he trains once per week. He trains regularly with his wife, who is also an IFBB Pro bodybuilder. They keep each other motivated when working out, particularly in the run-up to any competition appearances.

An example upper body workout which James performs regularly is listed below: 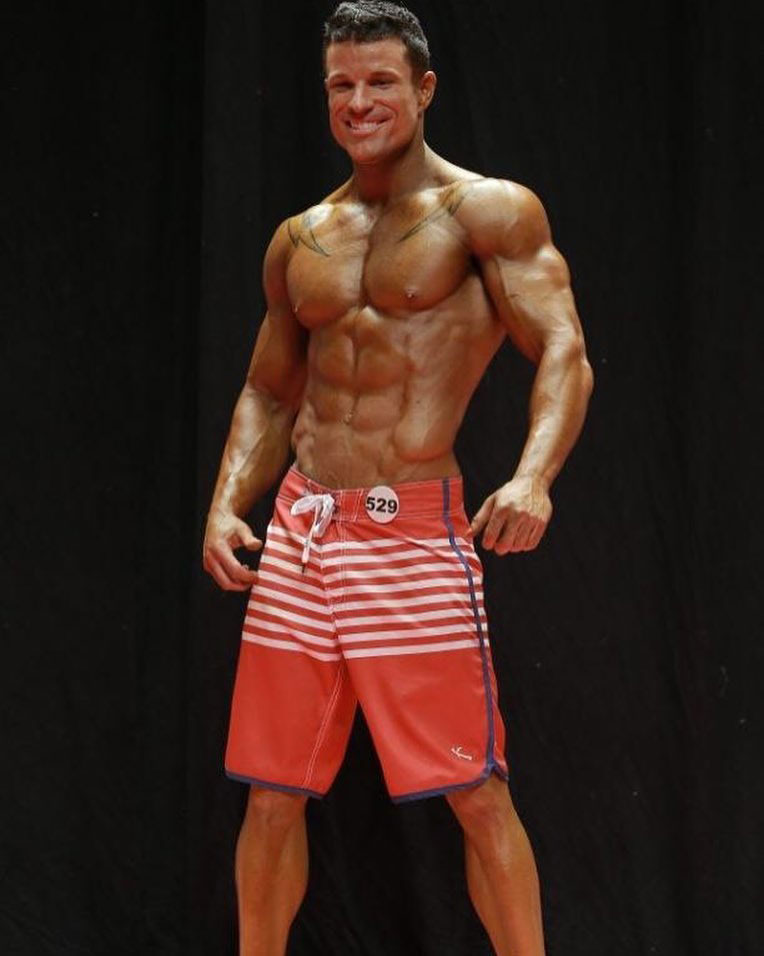 After he has appeared on the bodybuilding stage, James gives himself a 24 hour period to have a cheat day. This is a reward for his hard work preparing for competitions, as well an extra incentive to reach his fitness goals.

James prepares his meals at the start of the week, filling his diet with complex carbohydrates, lean protein, and healthy fats to stay as lean as possible throughout the year. 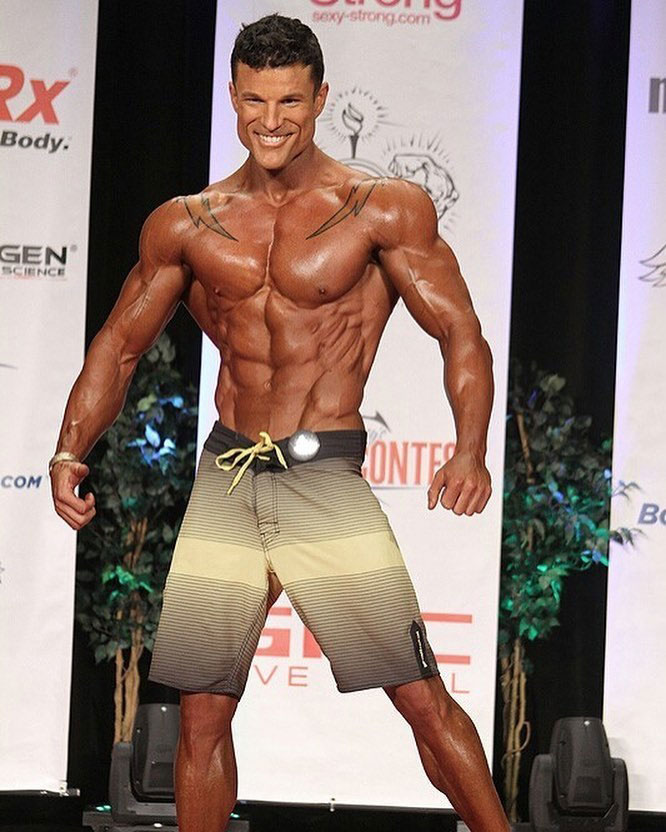 Ever since James first discovered a passion for lifting weights, the World’s Strongest Man competitors had a huge influence on him. They gave him the drive and motivation to reach his fitness goals, allowing him to build a great physique in the process.

Fast forward to his time in high school, James became inspired by the likes of bodybuilding greats such as Kai Greene and Ronnie Coleman. He admired their training methods and physiques, and because of this, James was inspired to follow in their footsteps to become a success in his own right. 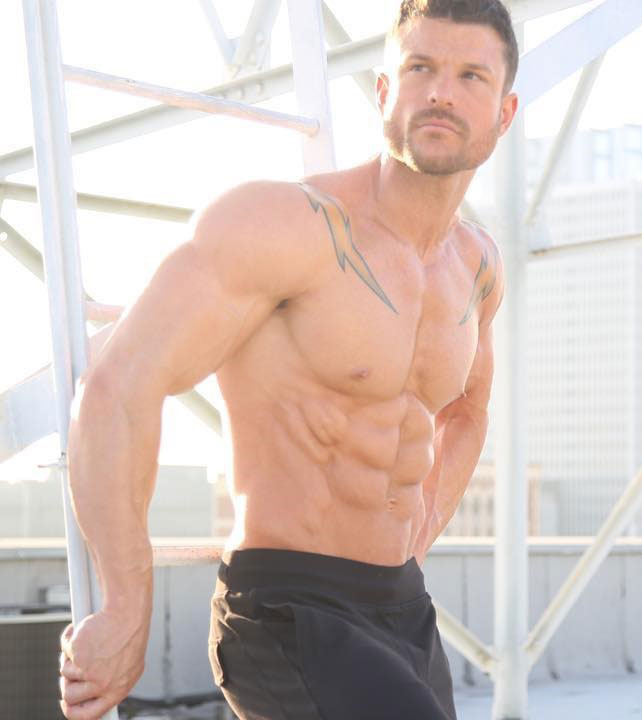 What we can learn from James Hurst

What we can learn from James Hurst is that he learned to take any setbacks within his stride. Because of this, he’s gone on to make his mark on the bodybuilding stage, determined to keep pushing forward.

James has shown us the importance of working hard and staying motivated. Sometimes in life, things don’t go according to plan. But, by maintaining a determined attitude, you can achieve your own success in life – just like James.