Hidetada Yamagushi is the first Japanese IFBB Pro and bodybuilder to appear in the Mr. Olympia show. After earning his Pro Card in 2001, he’s quickly built a reputation as one of Asia’s greatest bodybuilders.

However, he began his fitness journey as a skinny teenager, weighing 130lbs – originally aiming to gain strength and size to improve his sporting talent. 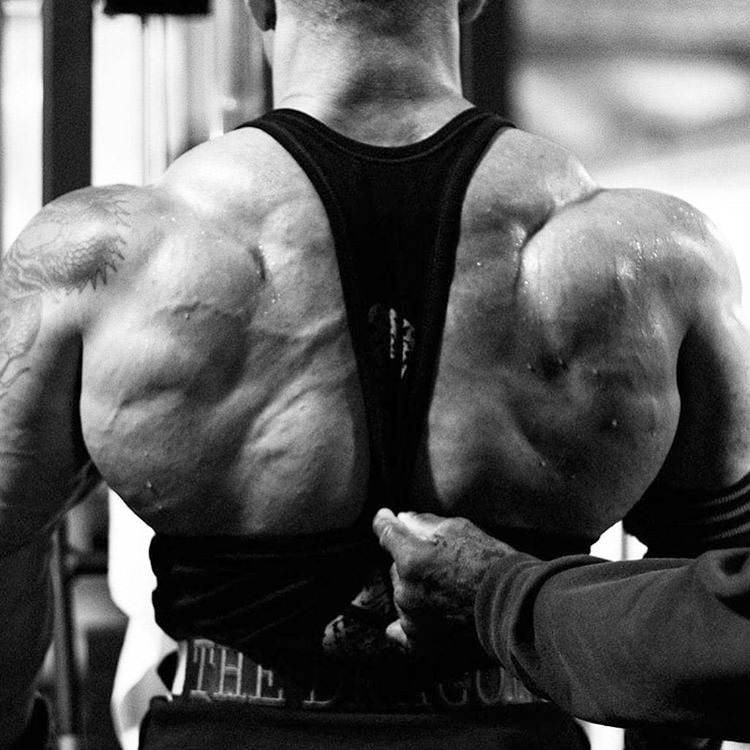 “People always want to hear that there is a secret to being in shape but sorry I think the secret is no secret.” 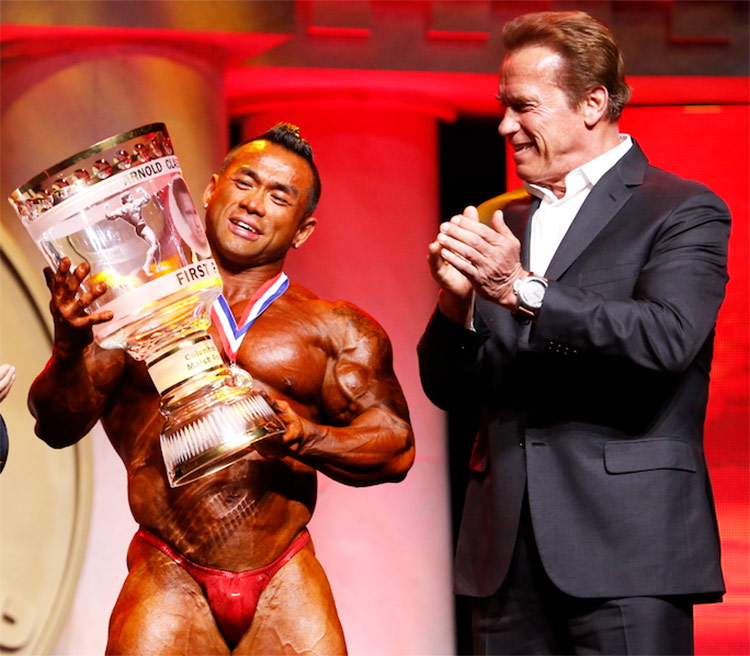 “I’m a very goal oriented person. I need that adrenaline rush of challenges and working towards a goal.” 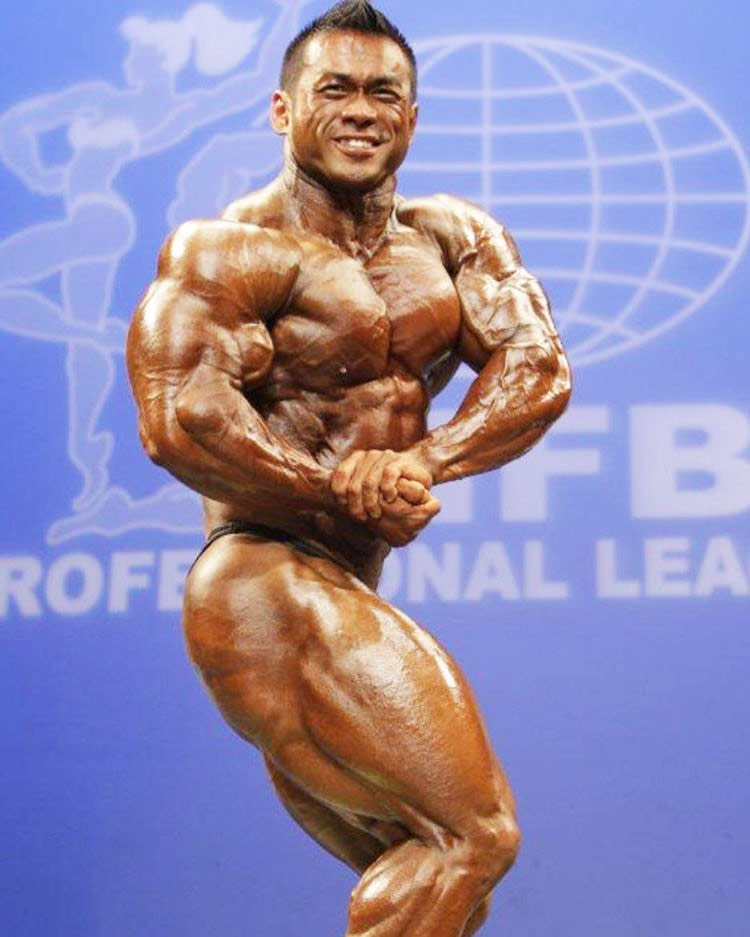 “I played rugby in my teens. I wanted to gain weight to enhance my performance. At the time, I only weighed around 130 lbs.”

Born and raised in the heart of Tokyo (Japan), Hidetada grew up with an interest in fitness; participating in baseball, soccer, gymnastics, and shorin kung fu from a very early age . He began playing rugby during his teenage years, and managed to represent his school at the highest level.

However, as he progressed in the physical sport, Hidetada realized that he needed to pack on muscle mass – in order to continue competing with bigger athletes.

As a result, Hidetada joined his local gym and began lifting weights. At this point, he only weighed 130lbs and was very skinny for his age.

But through hard work and determination, the future IFBB Pro managed to gain 50lbs by the time he graduated from high school. Hidetada became very proud of his achievement – this was the motivation for setting his focus on bodybuilding, leaving rugby behind. 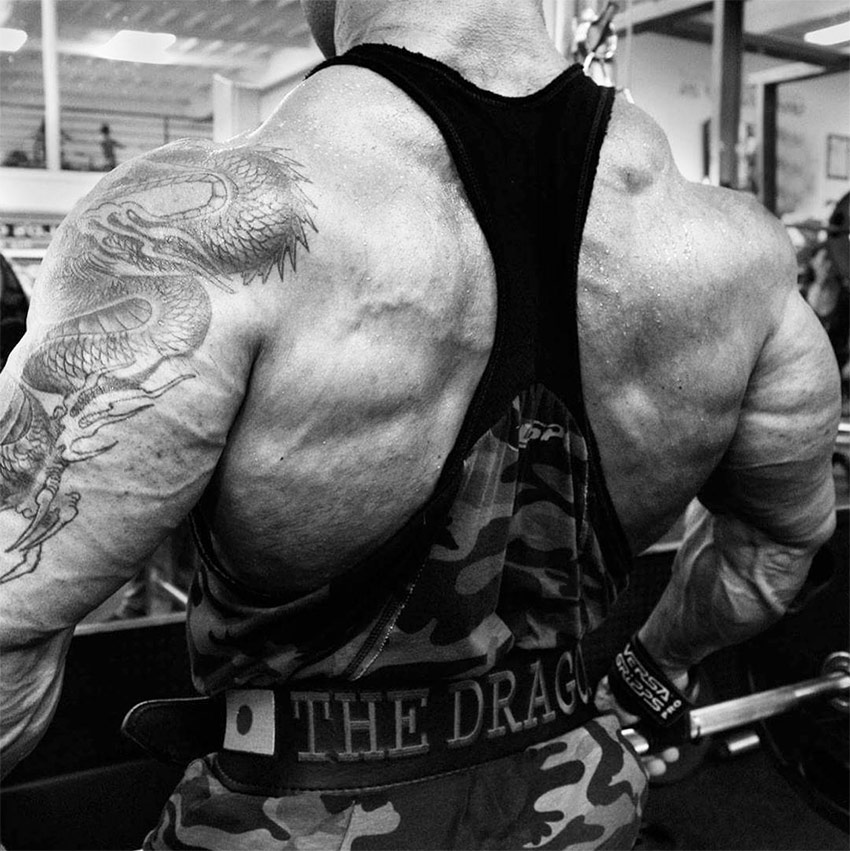 After graduating from high school, Hidetada enrolled at Waseda University; he chose to study a degree in Sports Nutrition, in order to further his knowledge in fitness. His family encouraged him to concentrate of his studies, but the youngster had only one goal in mind – to become a professional bodybuilder.

Consequently, Hidetada made serious progress on his physique, building the foundations for a powerful, shredded figure.

By his second year of college, at 19-years-old, the youngster had already won his first bodybuilding show (the national college championships). He successfully managed to defend this title in his senior year – making a name for himself as a rising star in Japan.

At the age of 25, Hidetada entered his first official competition – the 1998 JBBF Japan Nationals. Impressively, Hidetada placed 2nd in the middleweight division.

This gave him the drive he needed to pursue a career as a bodybuilder. 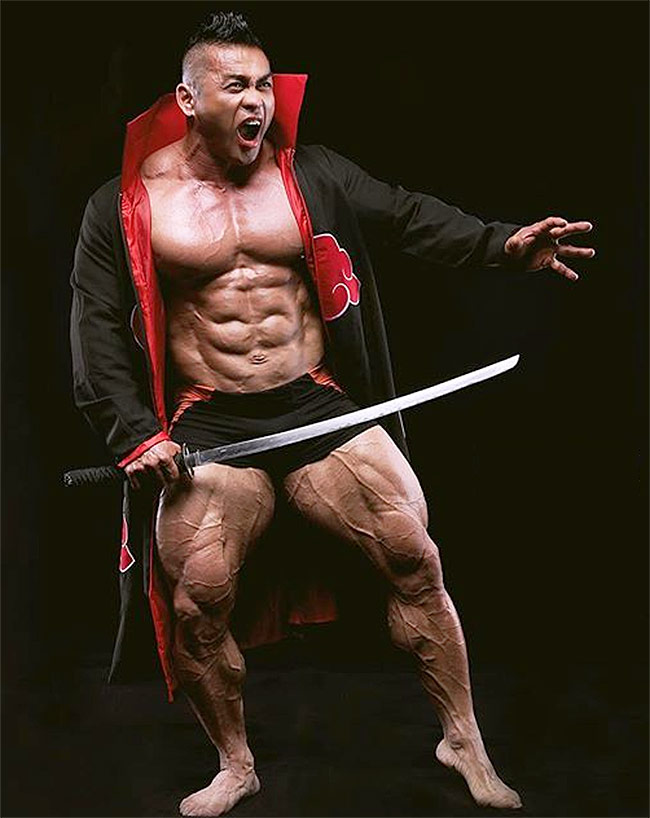 Over the next 3 years, Hidetada appeared in a further 8 shows – gaining more experience as an athlete. He managed to place in the top 3 numerous times, however, his greatest achievement came in 2001.

That year, Hidetada earned the IFBB Asian Amateur Championships trophy after placing 1st. But that wasn’t all he took home – by winning this competition, Hidetada had earned his Pro Card, becoming the first Japanese IFBB Pro.

In 2007, Hidetada qualified for the Mr. Olympia show after placing 3rd in the IFBB Sacramento Pro Championships that year. In doing so, he became the first Japanese man to appear in the Mr. Olympia in the history of the sport. 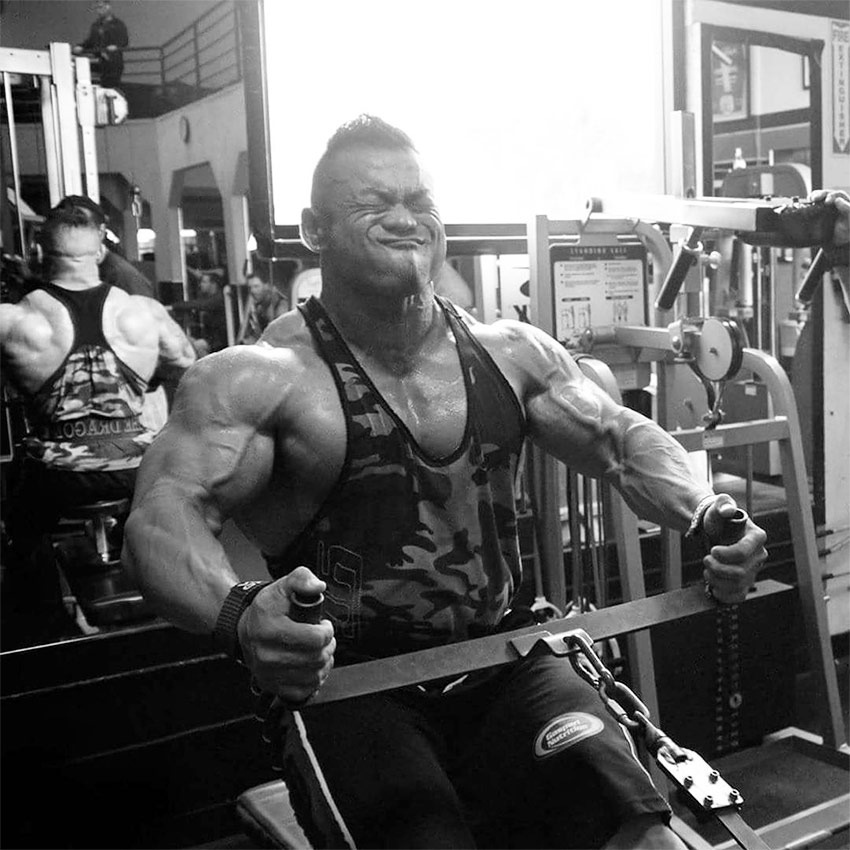 “It’s always an “all or nothing” mentality. There is no such thing as ‘impossible’. We train hard everyday; and even harder the next day!”

Hidetada pushes himself every day, always trying to train harder than before. The man from Japan only trains one muscle group per session, resting once per week on Sundays.

During the build up to a competition, Hidetada increases his training frequency to twice per day. 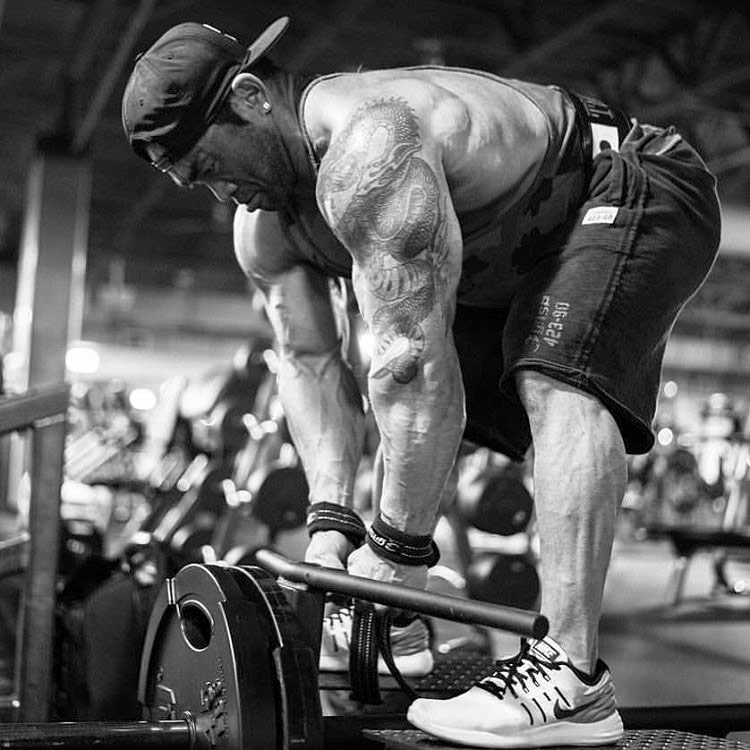 “I write down everything I eat. That way I know exactly how much protein, carbs and fat I consume everyday to monitor my progress and condition.”

Hidetada tracks his diet on a food journal at all times – to analyze his exact protein, carbs and fat intake. This allows him to examine his physical progress in correlation to his eating habits.

The Ultimate Warrior aims to consume 700g of carbs and 400g protein on a daily basis. 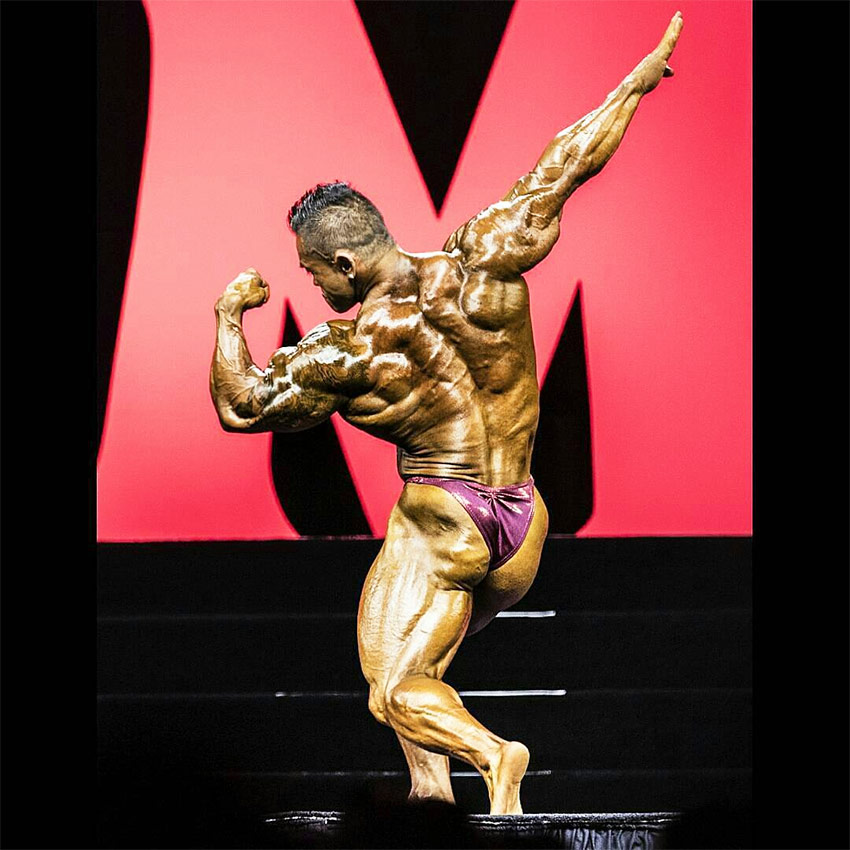 “There’s a lot you can learn by trial and error, so write down every training and meals to find out what works or doesn’t work for you.”

Hidetada has many idols in bodybuilding, as he believed the best way to progress is to learn from others. He specifically names these athletes as his influences: 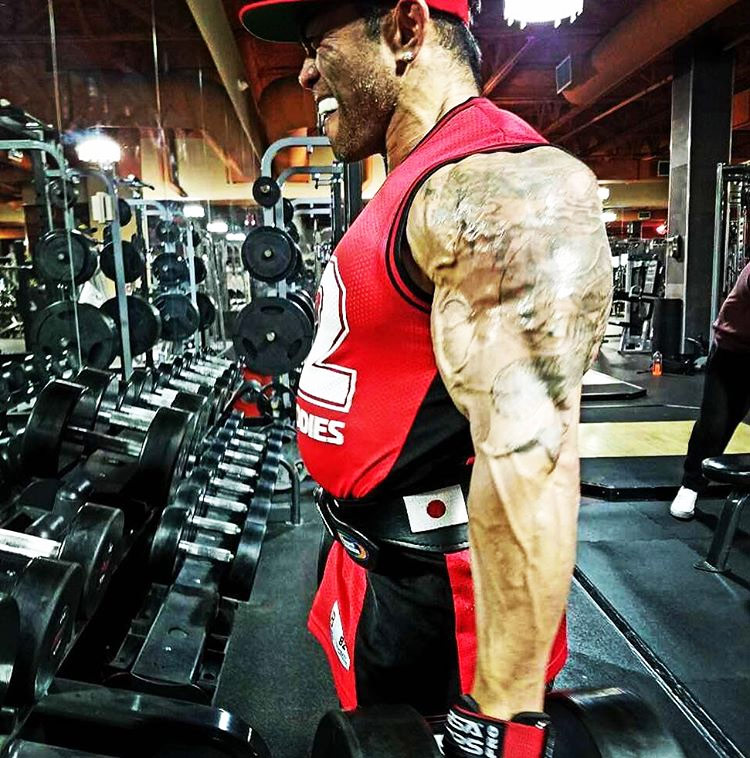 “Always ask judges for constructive criticism on how you can improve for the next show.”

What We Can Learn From Hidetada Yamagishi

Hidetada comes from a country where bodybuilding is still seen mostly as an amateur sport – Japan. This is part of the reason why there aren’t many Japanese athletes on the world stage.

However, Hidetada refused to listen to others, who told him he wouldn’t find success as a bodybuilder; he proved them wrong by becoming the first Japanese IFBB Pro and athlete to appear in the prestigious Mr. Olympia show.

Hidetata has shown us that if you don’t give up and work hard, you’ll eventually realize your dreams.