Eddie Giuliani is a veteran bodybuilder and former physique competitor born and raised in Brooklyn, New York. Throughout his long and extensive bodybuilding career, which lasted for over four decades. Eddie has met, trained with, and competed against numerous champions and bodybuilding icons.

Starting his competitive career in 1951. Eddie has gone on to participate in over 35 contests during his career, winning trophies and high placings on numerous occasions. As an AAU contestant, Eddie took titles such as the Mr. Tri-State, Mr. New York City, and Mr. Atlantic Coast.

After moving to sunny California to train at the “mecca” of bodybuilding. Eddie went on to win some of the most prestigious shows. Such as the Mr. Pacific Coast, Mr. Western America, as well as the Mr. America in his height category.

Eddie’s last bodybuilding show came in 1982, leaving the sport on a high note with a top 5 placings in his height class. 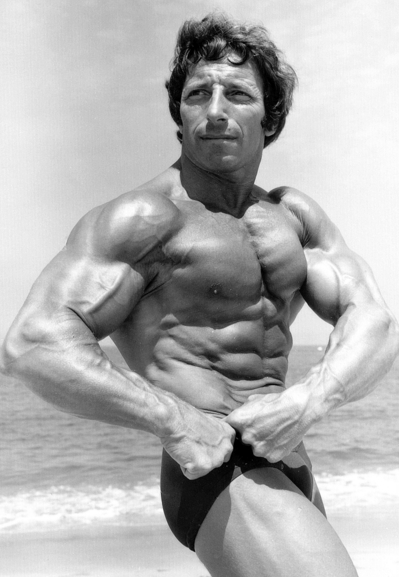 “I was born and raised in Brooklyn, New York, and came out to California for better living conditions. Of course, it also suited my bodybuilding.” 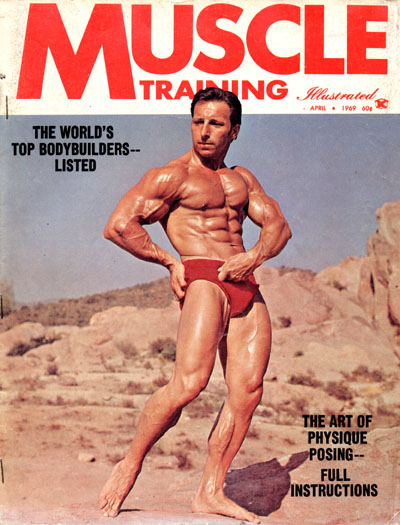 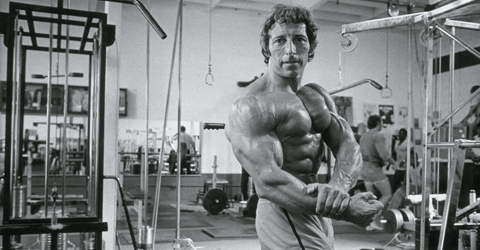 During his peak years in bodybuilding, Eddie lifted weights six times per week for up to three hours per day. For each body part, he dedicated between 15 and 20 sets, and his rest between each set was minimal.

In addition to his regular workouts, Eddie would spend at least 30 minutes every day training his waist. He would do up to 1000 total reps, with two or three of his favorite waist exercises.

But it wasn’t just Eddie’s body that was worked hard. As Eddie said, doing over 800 reps for his waist also “attacked” his nervous system. Meaning, it worked his willpower just as much as it worked his midsection.

Training For a Contest

When it came to training before a contest, Eddie took a completely different approach to lifting weights.

He would significantly reduce the number of sets he would do per body part, usually no more than five. However, his workouts were much more intense during this stage – Eddie would lift the same weight with the same number of reps, but he would do it with more concentration and focus; squeezing and contracting the muscle and paying close attention to his “mind-muscle connection”.

As Eddie said; “You burn more, and you try to concentrate harder on making the muscles show through the skin by contracting them hard. That all comes from the mind, and that’s the difference when it comes to getting ready for a contest.” – Eddie Giuliani

Training eight weeks before a contest or less, Eddie would start his chest workout with the bench press. He would do six sets of the exercise, then proceed onto the incline presses supersetted with either incline or flat dumbbell flyes. After this, he’d superset dumbbell pullovers with bodyweight dips.

However, when Eddie wasn’t in a pre-contest phase, he would only do singular exercises with no supersets or drop sets. The exercises included incline dumbbell press, bench press, pullovers, cable flys, and dumbbell flys. 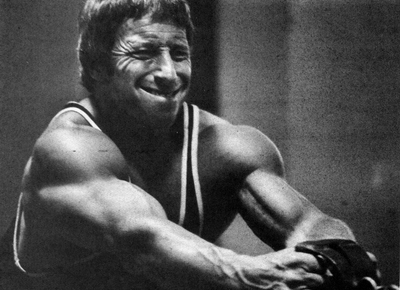 Eddie always believed that supersetting is the way to go for competition training. However, when it came to training for growth, he says supersetting isn’t the best option.

According to Eddie, it’s hard to grow a muscle from rapid supersetting, as it only pushes a lot of blood into the muscle, and doesn’t break it down. He believes it’s crucial to break down the muscle tissue in order to grow, because only pumping blood in it won’t necessarily make it grow.

This is Eddie talking on supersets; “I can make a guy pump with a 20-lb dumbbell, but he’ll never get big arms that way. I can make him do enough reps that he can’t even curl it anymore because there’s so much blood in the area, but he’s not breaking down muscle tissue.”

For everyone who likes supersets, Eddie advises going for antagonistic muscle groups. Such as chest and back, quadriceps and hamstring, or triceps and biceps. While Eddie says this can be problematic for people with low stamina, it’s great for anyone who wants a bigger challenge, or simply wants to save time.

In each exercise that Eddie does, he aims to get 10-12 reps with the heaviest weight he can lift. He’ll always try to have a training partner by his side to help him push out the last few reps of the exercise.

However, if there is no one around to help him out, Eddie will decrease the weights just to be safe. 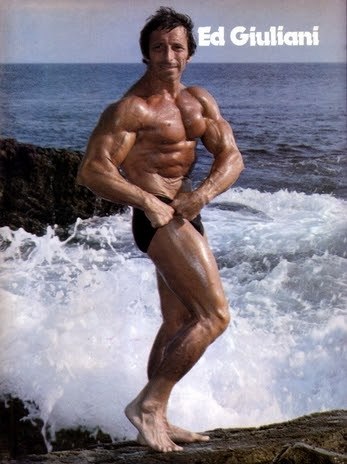 Eddie says he was never too “severe” when it came to his diet, he only limited himself in certain areas like carbs. Specifically, Eddie limited his carbohydrates to have the most of them in the morning and after the workout, and only a little during lunch.

He uses carbs mainly to fuel his workouts, because he strongly believes that a bodybuilder can’t train on protein alone.

For example, Eddie said how training after eating steak and eggs is likely to be a bad idea. As these foods are good for muscle building, but not for fueling workouts -due to their high-protein, and low-carb content.

Eddie’s favorite foods for a good workout include;

In the morning, Eddie will have his carb-rich breakfast. It consists of yogurt, whole grain cereals, fruit, and up to 10 whole eggs.

During his competitive career, Eddie took many supplements. As he says, “you name ’em and I’ve taken them, in both high and low dosages.”

However, as Eddie’s competitive years came to a close, so did his usage of excess supplementation. He says that after cutting his supplements down to a minimum, he started feeling better than ever.

Nowadays, Eddie gets all of his nutrients from whole foods. The only exceptions are 1g of vitamin C and 1000 IU of vitamin E he takes daily to support his immune system and overall health. 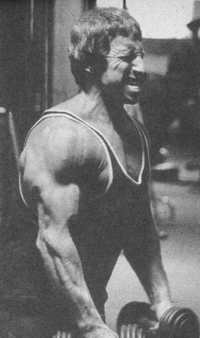 No matter if he competed or not, Eddie always kept his diet balanced and healthy. He says how many bodybuilders of his era used to cut their carb intake down to below 30 grams, which he believes is not only counterproductive to ‘leaning’ out and preserving muscle. It’s also detrimental to health and longevity.

According to Eddie, by eating the “meat and water” diet, brain cells die off, and the protein synthesis doesn’t work optimally as the body lacks other essential nutrients like vitamins and minerals.

Every day, Eddie tries to consume grains, eggs, dairy products, and complex carbs like baked potatoes. Additionally, with each of his meals, he tries to get as much vegetables as possible, as they are high in fibre, and micronutrient profile helps his body optimally digest food, as well as improving protein synthesis within the muscle.

He also eats what he calls “garbage foods” such as ice cream and pizza, but only in moderate amount. This allows him to stay lean and healthy while still enjoying his favorite meals in reasonable amounts.

Eddie explains how people gain fat mostly because they can’t control themselves.

In Eddie’s own words; “What happens instead is that when you go to a pizza parlor you want to eat six slices, and you want two heaping dishes of ice cream. People who eat like this, with this attitude, get fat.”

His advice is to control portions, and attain discipline every time when eating ‘cheat’ meals. This way, it’s possible to both lose fat, and enjoy palatable foods at the same time. 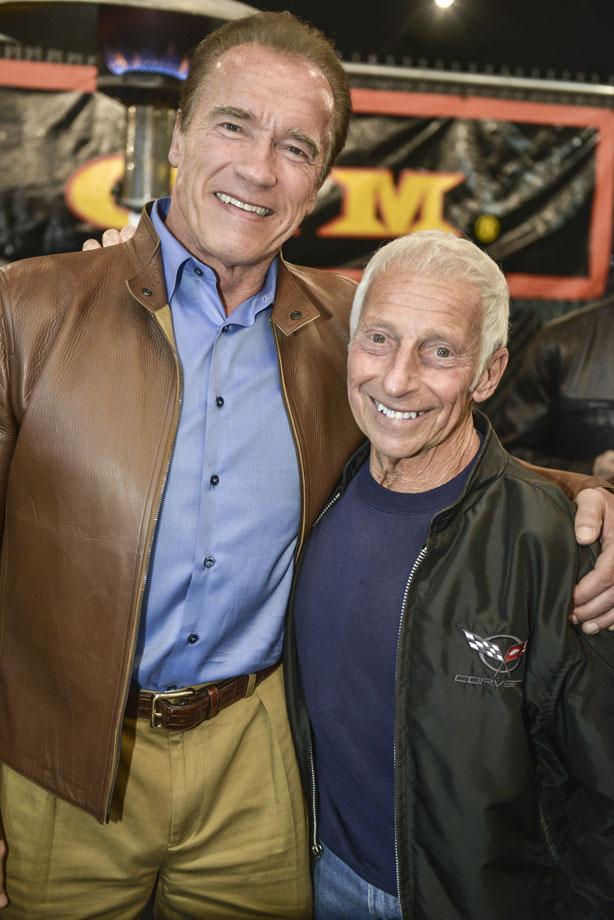 During his long and successful spell in bodybuilding. Eddie has met many people who influenced him on his journey.

One of those people was Dr. Michael Walczak, who helped Eddie get his thyroid healthy after suffering from thyroid problems for years.

Eddie had a period in his bodybuilding career where he would come on the stage looking “soft”; not being contest-ready. He later discovered that one of the reasons for that was his thyroid hormones which didn’t work properly.

However, after Dr. Michael Walczak helped Eddie bring his thyroid gland back to full health. He once again started looking muscular and ripped; taking top spots in bodybuilding contests. 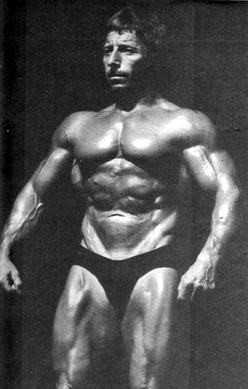 “After being in shows for decades, and after winning more than 150 trophies, I have concluded that you can’t take physique shows totally seriously. When you walk into a room full of contestants, one man wins and everyone else loses. It’s easy to win and it’s hard to lose, and if you can’t accept defeat you have to get out of the sport.”

What we can learn from Eddie Giuliani

One thing we can learn from Eddie Giuliani is; you should never settle for mediocrity in life.

Eddie started training as a slim kid from Brooklyn, but over time, he became an accomplished bodybuilder with a knowledge and experience of the sport that is hard to match.

No matter your background or life circumstances, always strive to make the most out of your situation. Never settle for just being ‘okay’, and realize that you are capable of achieving a lot more than you might think – just like Eddie Giuliani.