Dean Balabis is an IFBB pro physique competitor and sponsored athlete from the USA. He’s attracted a large following online and has impressed in the physique competition scene – standing on the Olympia stage multiple times.

Prior to becoming a physique competitor, Dean was heavily involved in CrossFit. He eventually realized that crossfit was negatively effecting his physique, so he chose to move towards a more conventional weight lifting program.

Through doing this, Dean began to notice immediate changes. He built his chest to a level he hadn’t reached before; gaining knowledge of new weight lifting movements that would become his favorite exercises.

Fast forward to today, and Dean has become an accomplished physique competitor. He has stood alongside the best athletes in the sport and had loved every minute of his new career. 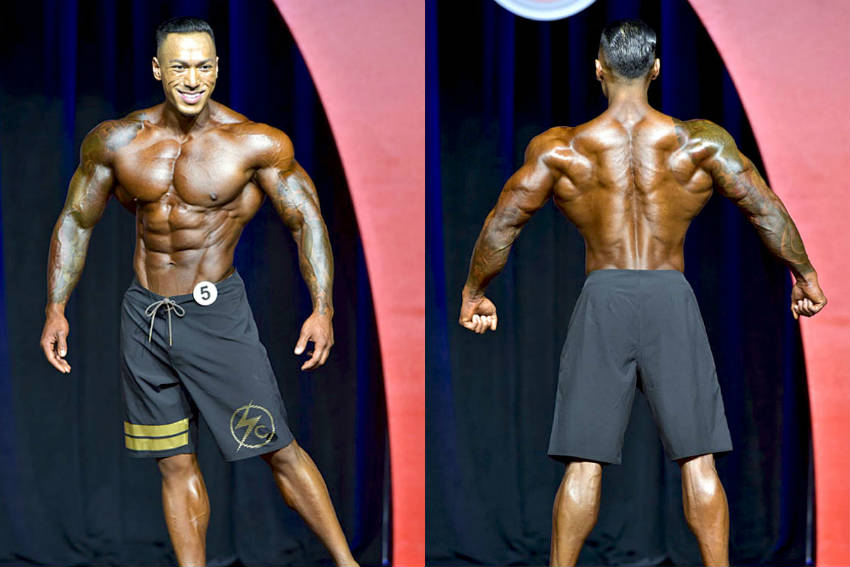 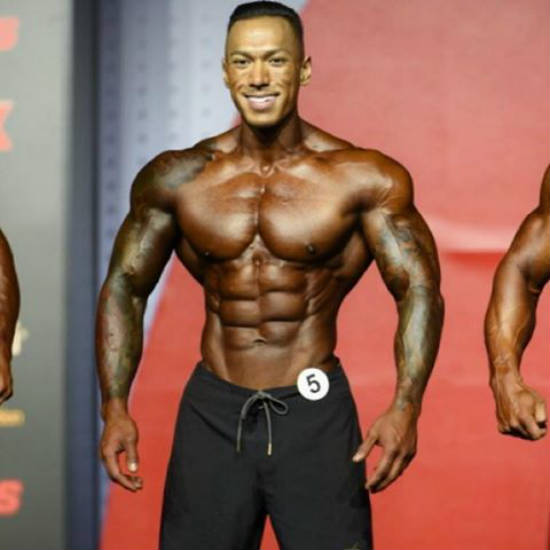 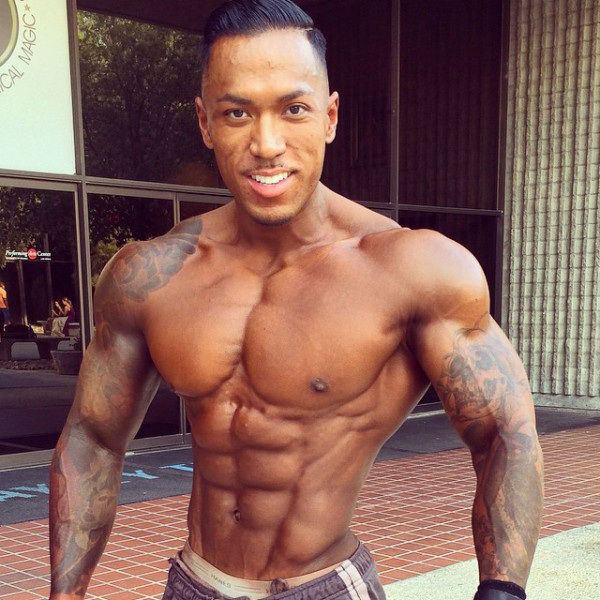 “There is no success without sacrifice ”

Dean believes that getting involved in crossfit was useful, but ultimately a mistake. He says that the 3 years he spent learning Olympic style weight lifting was risky, as the repetition style involved can lead to serious injuries.

He also says that, through working out using the crossfit techniques, he lost “a tremendous amount of muscle size due to the over training style that the sport is known for”.

Dean’s original motivation for weight lifting and working out was to build a better body, but crossfit sessions were ultimately making his body look worse. He says “like the saying goes, its either performance or aesthetics, and for me I was all about aesthetics.”

If Dean had to choose two favorite exercises, they would be the bench press and the cable flye. He loves to workout his chest – believing that his pectorals are his best looking muscles. Because of this, the two push and pull exercises really stimulate his chest well.

He completes the bench press with both dumbbells and the the barbell. He believes both exercises have their uses, so he switches between them for variety. The cable flye, on the other hand, is a predictable and stable movement which dean loves for the tension he can feel at the peak of the movement.

By far Dean’s least favorite exercise is the leg abductor. He doesn’t really mind leg day, but he hates the leg abductor because he feels sore for 3 days after completing the exercise. He puts this down to the awkward position which the body is put in during the movement.

Working On His Weaknesses

At one point, Dean says that his shoulders were one of his weakest points. Gradually, they improved as he hit them hard, 3 times a week with heavy compound training. He also incorporated drop sets and high rep ranges to to hit fast and slow twitch muscle fibers. 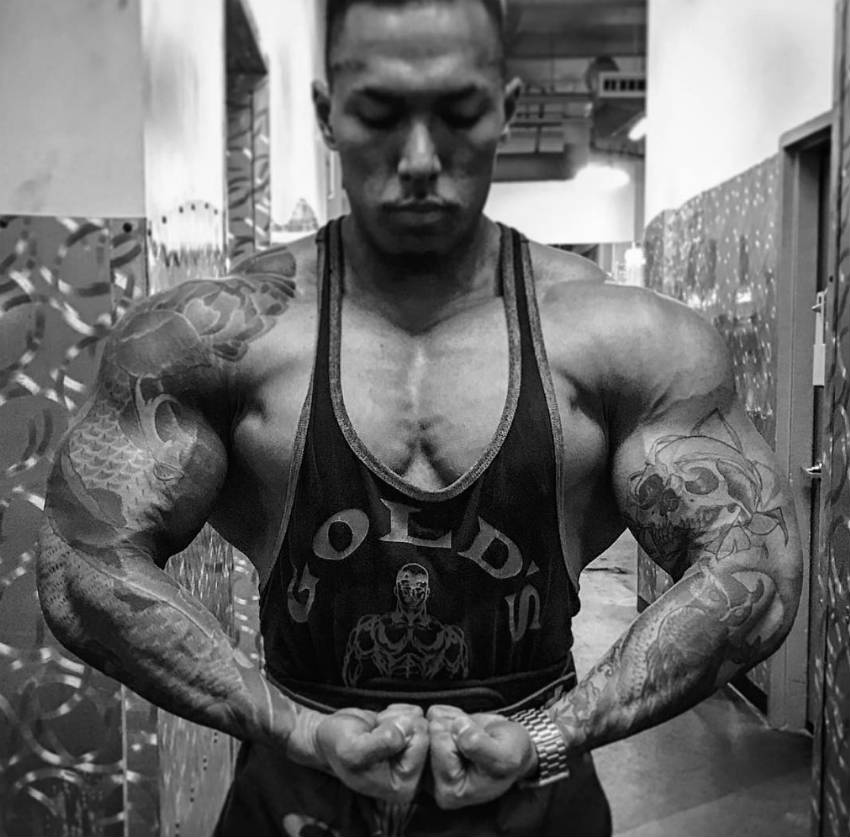 In order to build this body, Dean chooses organic and healthy foods. He eats lean meats such as chicken, turkey and steak and includes a variety of green vegetables.

Dean also chooses to eat quite regularly, in order to ensure a continual stream of nutrients enters his body. He aims for around 5-6 meals a day and includes healthy protein options on each plate.

Breakfast is by far Deans favorite meal. He says that a healthy breakfast “sets the tone for your metabolism throughout the day and promotes weight loss by maintaining blood glucose levels.”

When it comes to carbohydrates, Dean increases his simple carbs in relation to his complex carbs on days when he feels like he needs more strength. He says that doing so has helped him massively in his daily workouts.

In the run up to a competition, he also introduces carb cycling with the intention of speeding up fat loss and getting as ripped as possible before the show.

Deans day-to-day diet includes a lot of fruits, vegetables and lean meats. His favorite lean meat options are turkey, chicken and beef and he loves to source these meats from organic and responsible farms

Importantly, Dean also believes he can stick to this diet quite easily. He tells his clients that actually planning a diet that you will enjoy is crucial.

Supplements are crucial in Deans diet. They are a very useful tool and have helped him with his cutting and bulking phases. Over multiple years of trial and error, Dean learned a lot about supplements and kept the products which he believed were the best.

The most useful supplement, in Deans view, is whey protein. He believes that the product is very convenient for someone who is not used to eating a lot of food. It’s also a high quality and easily utilized protein for the body. 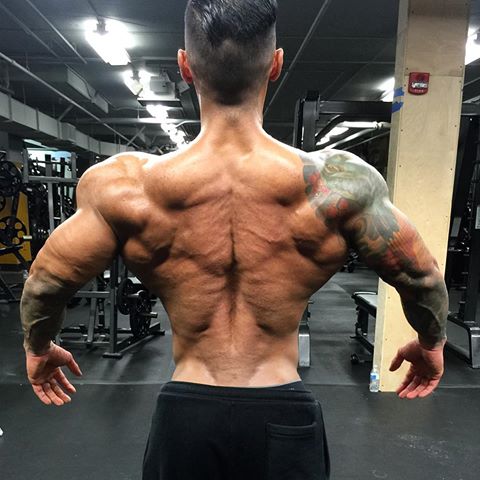 Dean takes inspiration from the motivational worlds of his family and friends. They have watched him follow his path for years and know exactly how much it means to him.

He also finds positive energy when he looks back on his progress in the sport. He knows how far he has come, so wants to push even further and be the best he can be. 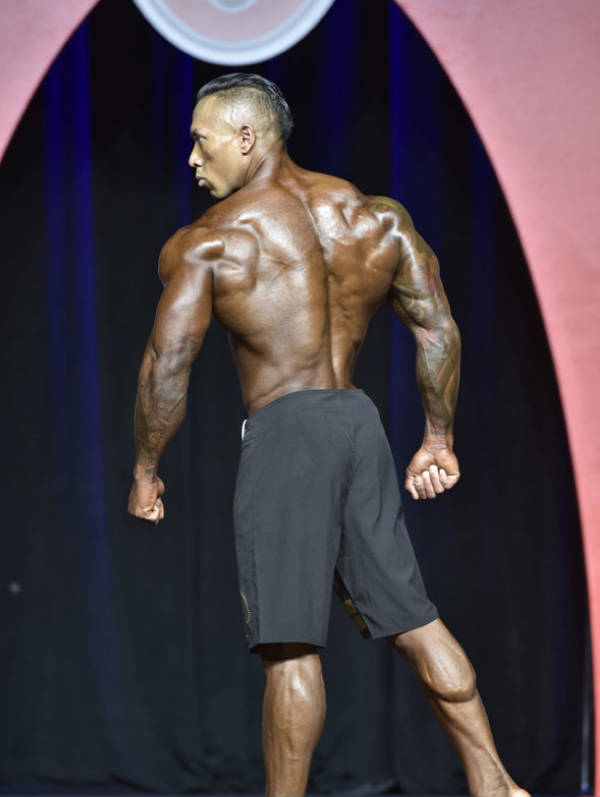 What we can learn from Dean Balabis

Dean’s story shows how important learning from your mistakes is in bodybuilding. He was involved in crossfit for years, before realizing that, for him, it was doing him more harm than good.

He found that moving towards a traditional weight lifting routine was beneficial for his body and general health. If you feel like your current approach isn’t working, maybe you should try another?