David Kimmerle went from low self-esteem, financial troubles, and a battle against depression, to completely turning his life around for the better – all thanks to his determination to succeed. He’s since become an internet sensation for his sculpted and ripped body.

After he took inspiration from his uncle who was a bodybuilder, David grew up in the 80s a huge fan of the classic bodybuilding physique. During his teens, he began to lift weights on a regular basis – which cemented his passion for fitness from an early age.

However, David never had it easy throughout his early life. He was put up for adoption at the age of 9, as his parents were deemed unfit to be his caregivers. Because of this, David made several poor decisions that not only took its toll on his childhood, but also adulthood.

But one day, David was offered the chance of a fresh start. He fully embraced the opportunity, eager to build a better way of living. Ever since then, he’s built an incredible physique, making a name for himself in the fitness industry – becoming a WBFF Pro fitness model and published writer in the process. 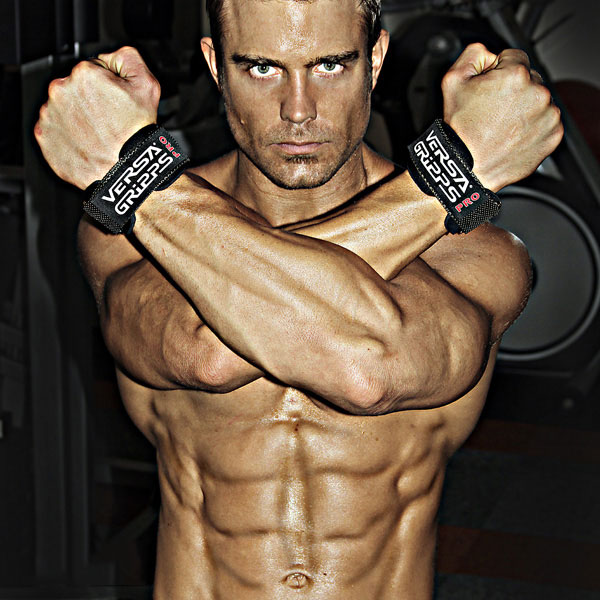 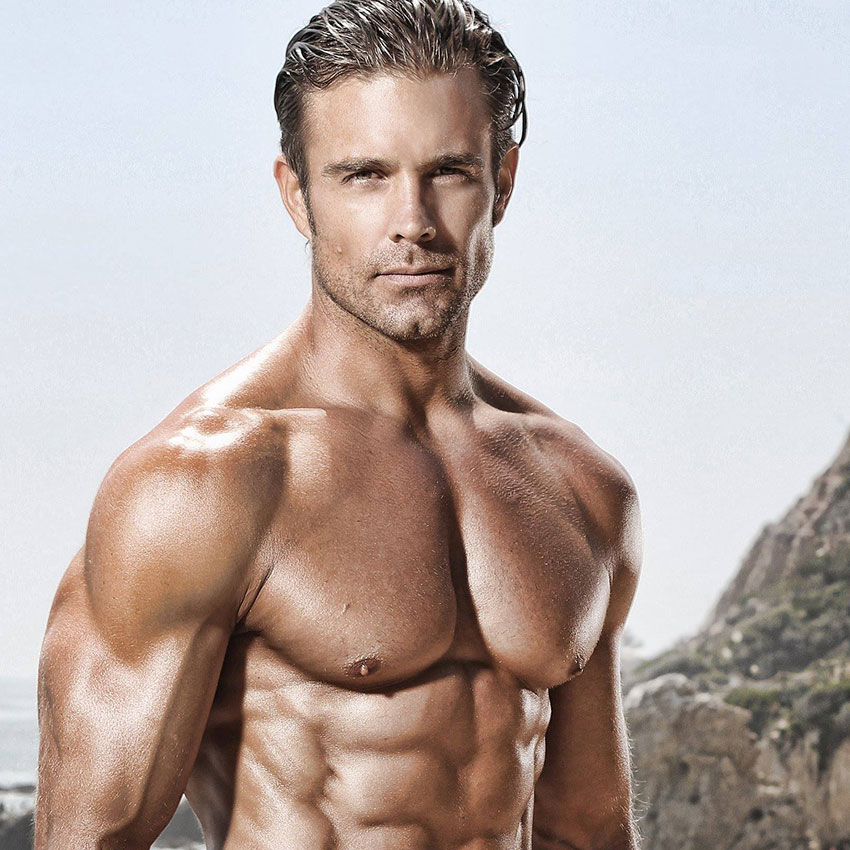 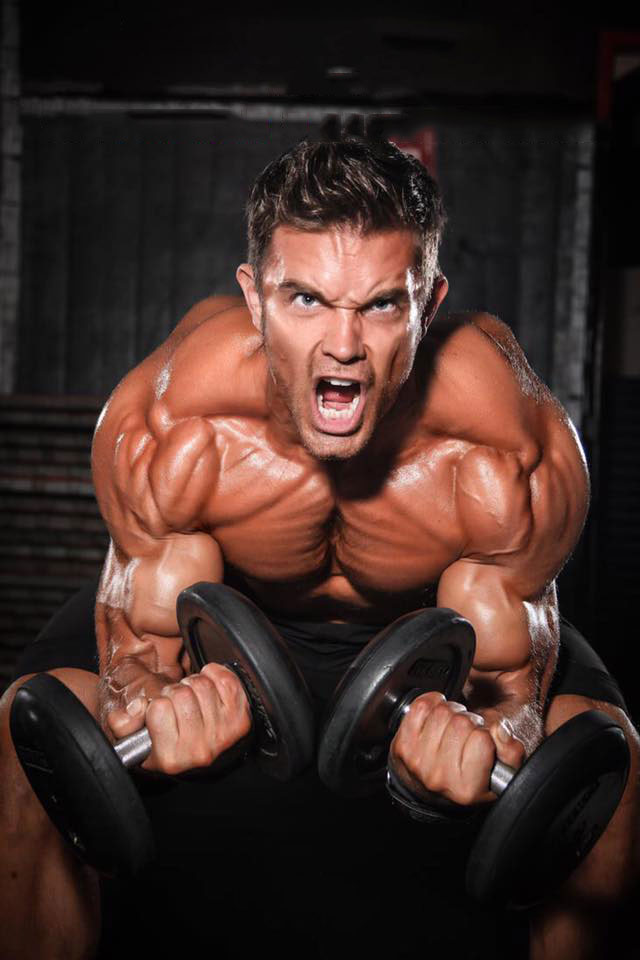 Born in Fremont, USA in 1977, David Kimmerle immersed himself in the fitness lifestyle from an early age. During his youth, he was a fan of the classic physiques of 1980s bodybuilders, taking huge influence from his uncle who was a competitive bodybuilder, who aimed to win the Mr. Utah competition. In David’s own words:

“When I was seven years old, my uncle had the whole eighties bodybuilder thing going on and that made a huge impression on me in a positive way. From then on I wanted to be nice, handsome and religious with big muscles and a toned physique”.

David began to lift weights on a regular basis throughout his childhood, wanting to build a great physique of his own.

Despite the fact David aimed high to become a success in fitness, life wasn’t easy for him growing up. He was put up for adoption at the age of nine, because his parents were ruled unfit to take care of him. As a result of his difficult upbringing, he had barely any friends in high school – which resulted in him lacking a role model in his teens.

To make matters worse, David commenced on a downward spiral going into adulthood. He became addicted to drugs, battled against depression, and suffered from financial troubles through his twenties.

By the age of 30, David hit rock bottom. As a result of several poor decisions, he gained a large amount of weight, his relationship with his long-term girlfriend came to an end, and he lost his job. Consequently, David’s self-esteem had all but disappeared at this point.

In a desperate attempt to earn money, he began to sell his possessions at a 10-20% loss on their original value. But one day, David received a phone call that changed his life forever – his gym gave him the opportunity to clear his debts, which offered him the chance to start fresh. From then on, David realized that he needed to change his ways. 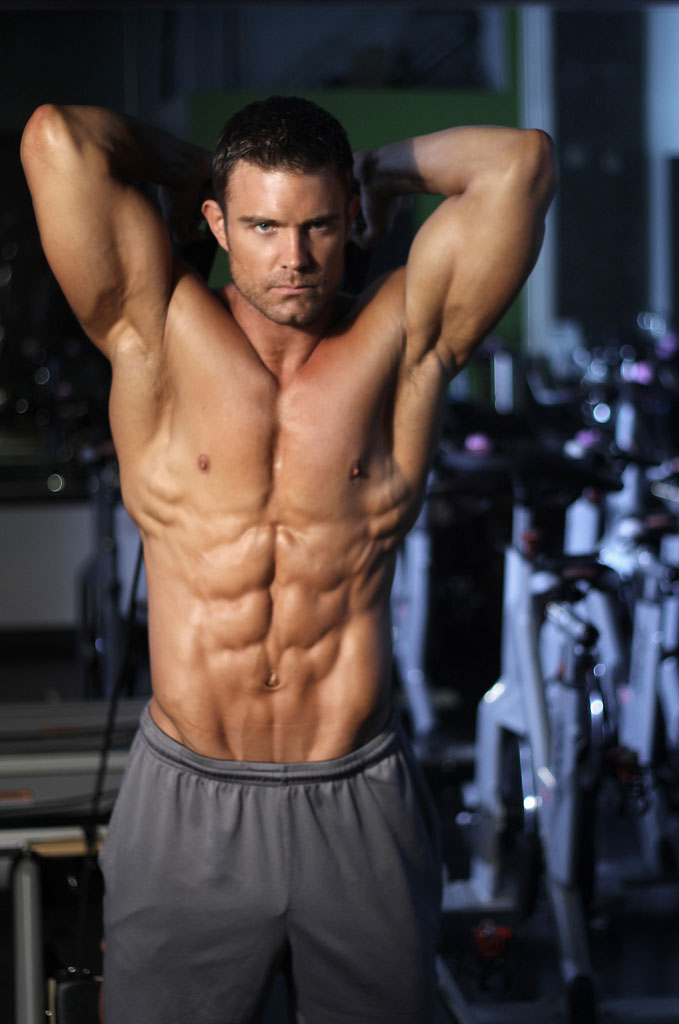 David embraced the chance for a fresh start with open arms. He began to train regularly in the gym, aiming to lose the weight that he’d gained. At first, David made several rookie errors, which made him quickly reach a plateau – such as poor nutrition and a poor understanding of strength training.

At this point, David thought that a low-carb diet and high amounts of cardio were the way forward. He soon found that this wasn’t the case, as he began to lose muscle as well fat.

David’s ultimate aim was build a lean, defined, and muscular physique. But due to his lack of fitness knowledge, David realized that he was a long way from achieving the body he’d always dreamed of.

Earning a Living Through Fitness

After he moved on from his naivety in the gym, David was able to sculpt an awesome physique. Just six months down the line from reigniting his passion for bodybuilding, David was able to catch a break within the fitness industry – becoming a fitness model from this point.

Ever since then, his fitness modeling career has gone from strength to strength. He’s appeared on the front covers of several world-famous fitness magazines, soared to fame on social media, and became a professional WBFF competitor.

Ultimately, David has become an inspiration for many people across the world because of his remarkable turnaround. Now, he’s able to earn a living from the thing he’s most passionate about – fitness. 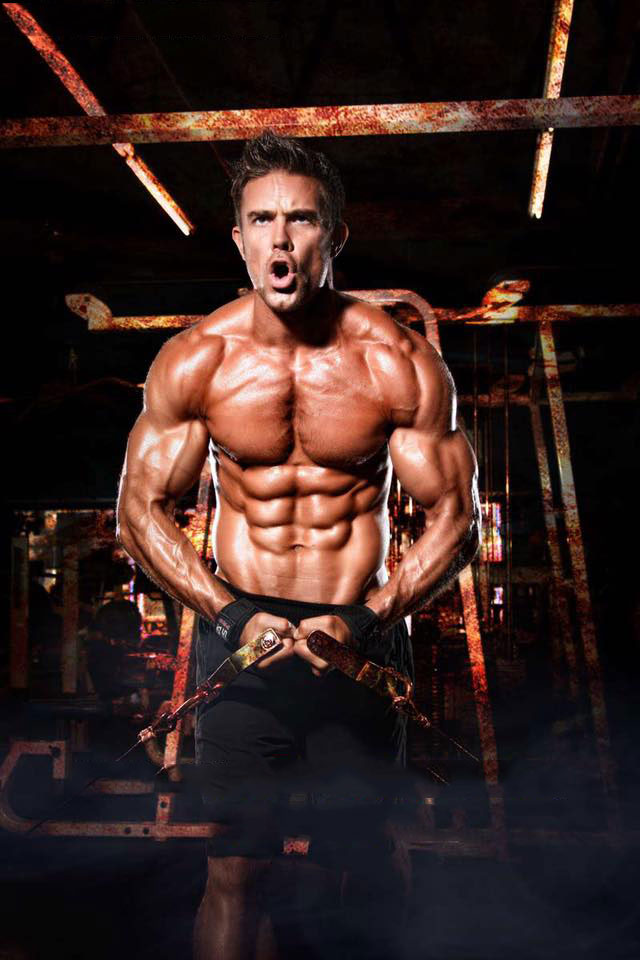 Here’s David talking about his weightlifting preferences when working out in the gym:

“I prefer free weights, a lot of what I learned came from 80s bodybuilders, and they didn’t have a lot of the machinery we have now, yet somehow they were still able to build muscle and physiques that today are still respected”.

Here’s David’s three favorite movements, which are the staple of his muscle building workouts:

“I would choose dips, deadlifts, hanging leg raises. These three are money makers; if you got extremely good at any one of these exercises the body parts doing the work will greatly benefit”.

David performs cardio at least 5-6 days per week, in order to stay as lean as possible. To add variety into his workouts, he alternates between HIIT (high intensity interval training), and steady state cardio in his ‘fat-burning’ zone.

David often lifts light weights with high repetitions for the majority of his exercises, as he’s found that this is the method of training that delivers the best results. His training plan looks something like this: 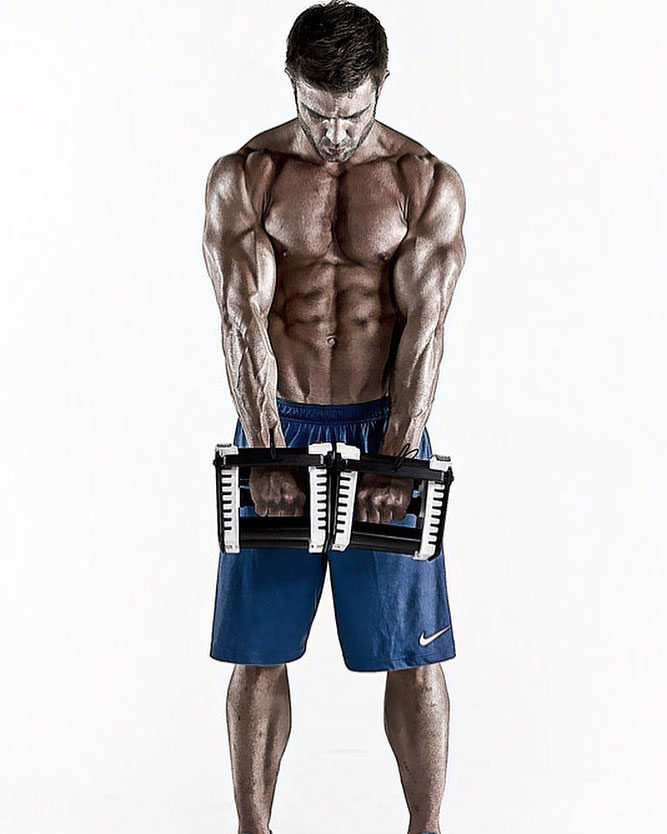 David believed in the idea of ‘bulking’ when it was his aim to gain size. However, after he built substantial muscle mass, David began to follow a healthy diet that allows him to stay lean all year round. Here’s his meal plan: 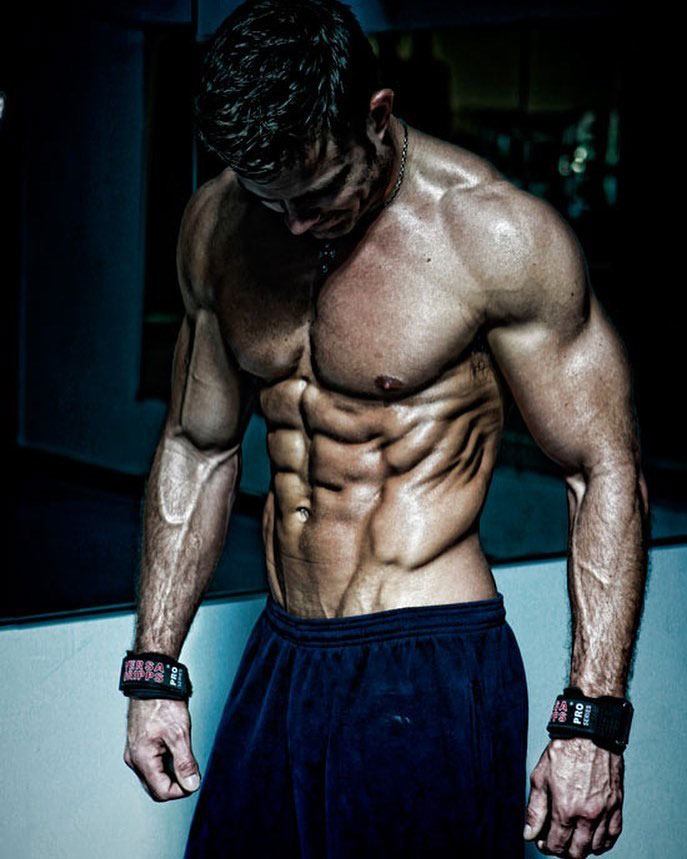 “Be proud of how far you have come and have faith in how far you can go!” – David Kimmerle

Ever since he was a young boy, David has admired the physiques of ‘classic’ bodybuilders. Arnold Schwarzenegger and Frank Zane are two fitness icons who influence him the most – because of their defined, proportional physiques in their prime.

The one person who got David into bodybuilding was his uncle. Growing up, he was David’s idol – he had the classic physique that David aimed to one day build himself. 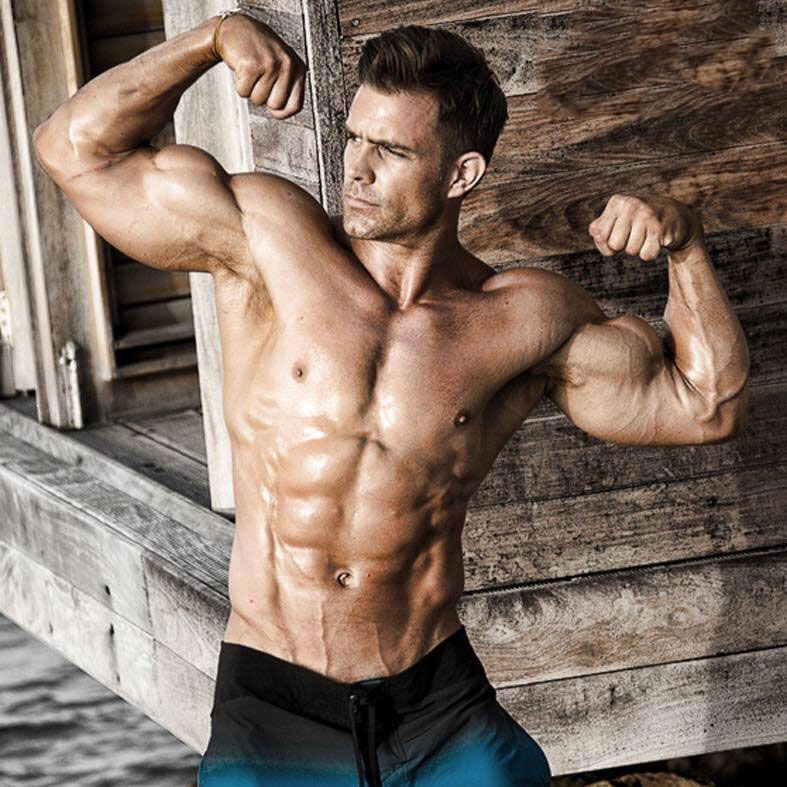 What we can learn from David Kimmerle

David Kimmerle’s difficult upbringing caused him to reach rock bottom by the time he reached the age of 30. He ended up suffering from depression, gained weight, and faced financial difficulties during early adulthood, among other things.

However, just when David thought things couldn’t get any worse, he was given the chance to turn his life around. Ever since then, he’s sculpted a phenomenal physique – earning his place within the fitness industry in the process.

What we can learn from David is; despite the fact he reached breaking point, he still found a way to live his life more positively. As David says: “It started from a very powerful negative and frustration with my reality. Now, I have managed to switch to positive thoughts and focus more on my goals and how to achieve them” – David Kimmerle