Dave Cunningham is a British WBFF Pro, Fitness Model and Sponsored Athlete. He had an enthusiasm for competitive sports from an early age – taking part in basketball throughout his time in school.

However, he soon became unhappy with his skinny physique. This had a negative impact on his life, and as a result, he began to suffer from insecurities about his body. But at the age of 16, he discovered fitness. Ever since then, he never looked back.

Dave then made it his ultimate aim to earn his Pro Card. In 2016, he finished in 2nd place in the WBFF Spring Show – giving him the opportunity to achieve this, and so much more. 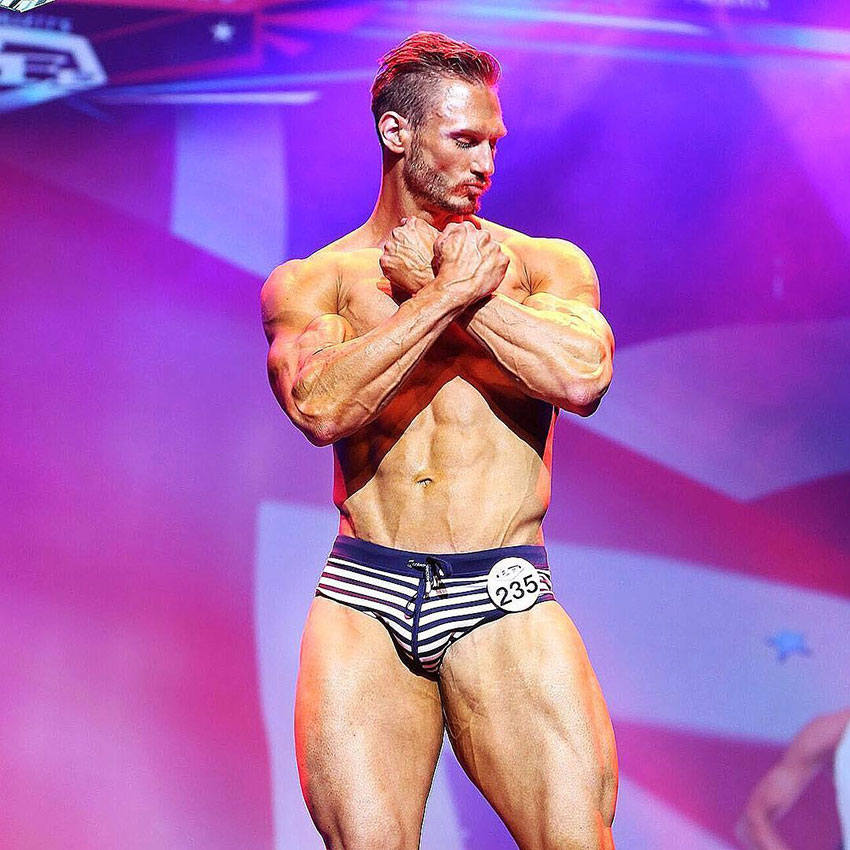 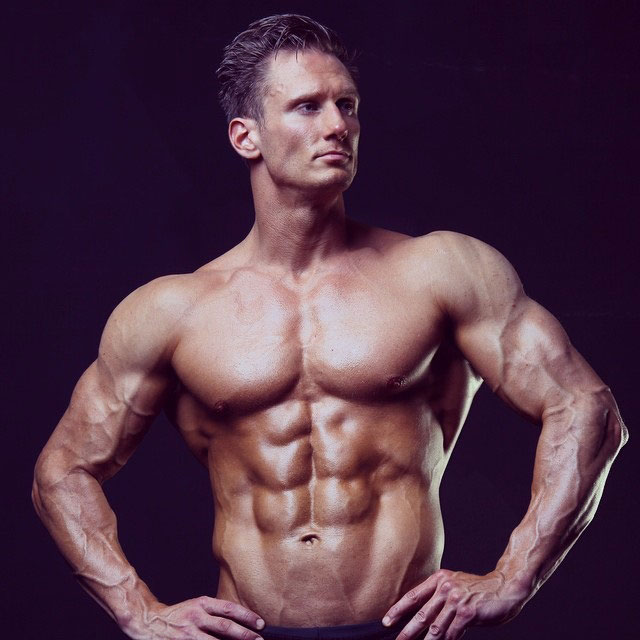 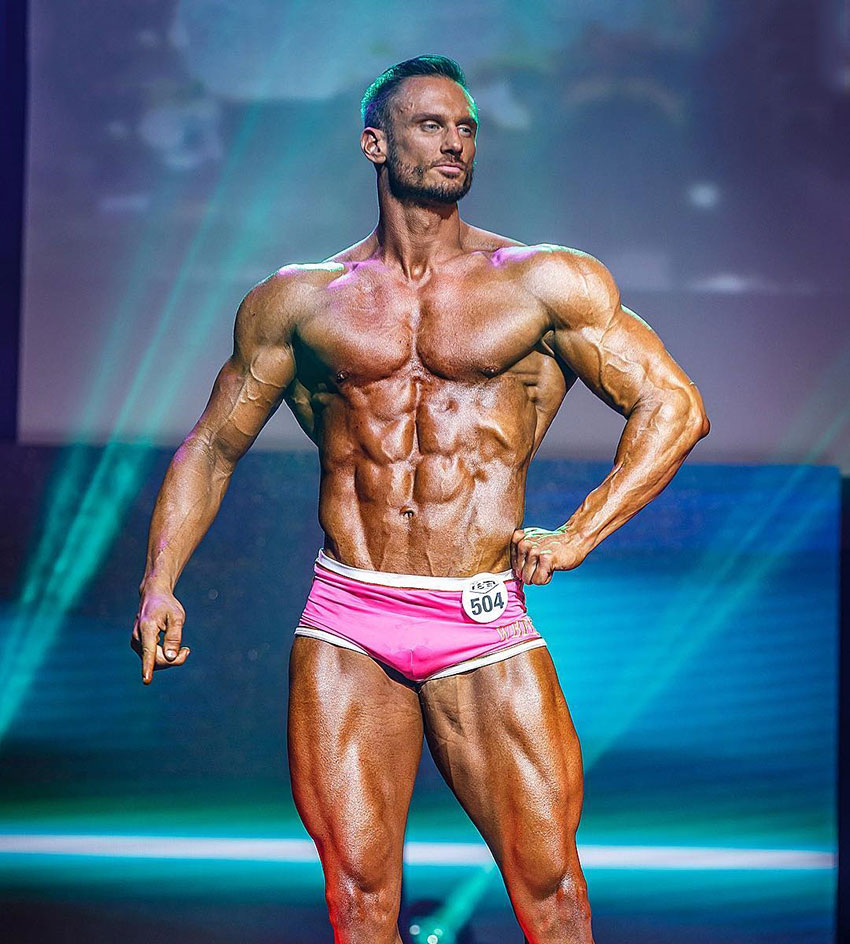 Dave Cunningham was born in September 1986. By the time he reached the age of 15, he was very involved within basketball. He showed great potential in the sport, so he was eventually made the captain of his school’s team.

However, Dave wanted to improve his performance as a basketball player. It was at this point, Dave sought advice from one of his PE teachers. He advised Dave to perform certain exercises so he could improve his jump and overall skills on the court. As a result, he made substantial progress in a matter of weeks.

Dave was proud of his progress in basketball – his hard work to improve his performance had paid off. But as a result of the high amount of cardio he was doing, Dave became unhappy with his skinny physique. This had a negative effect on his self-confidence. So it was at this point, Dave sought a change in his life.

Looking For A Challenge

At the age of 16, Dave began weight training in the gym regularly. This quickly turned into one of his greatest passions, putting maximum effort into his training to add muscle mass to his skinny frame.

However, Dave failed to build muscle after several months of training. Throughout this time, he didn’t pay much attention to his nutrition. So as a result, Dave failed to make the progress that he desired.

To overcome this, Dave conducted research on ways of building muscle. It was at this point, Dave realized that he needed to pay more attention to his nutrition. He began following a suitable diet – instantly, he made significant progress, with those around him in the gym taking notice. 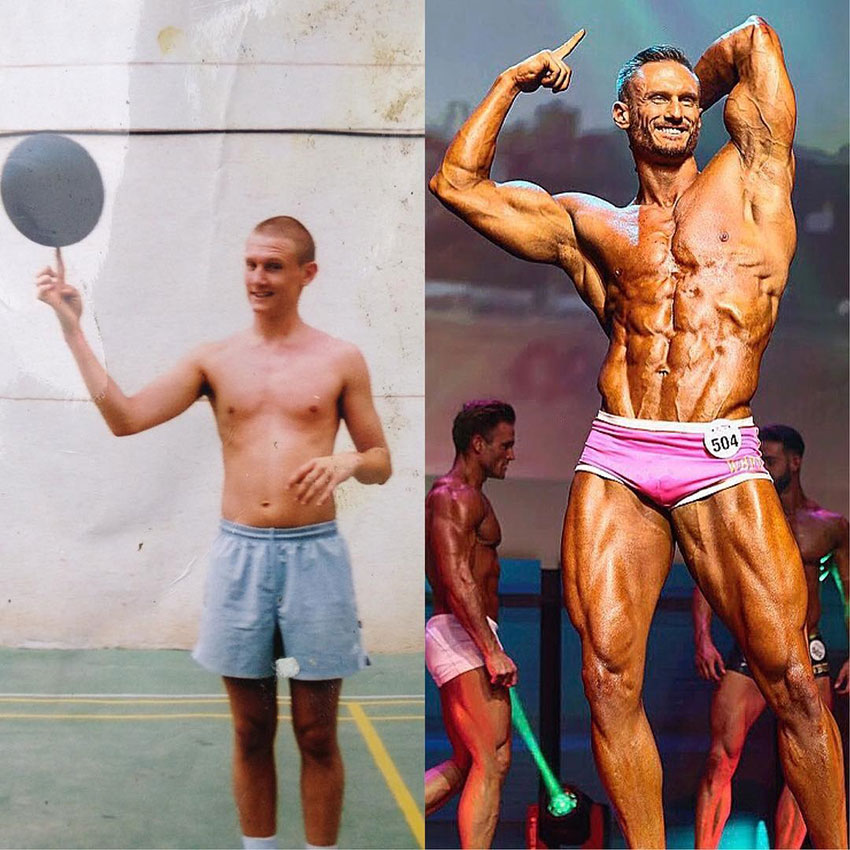 Dave when he had a skinny physique compared to how he looks now.

Competing as a Fitness Model

Dave began preparations for his first competition – the Miami Pro UK Championships in 2012, finishing in 5th place. This was a position that he was happy with, but Dave knew that he was capable of more.

After the results were announced, Dave was disappointed with his performance. However, Dave didn’t let this stop him from achieving his ultimate goal of earning his Pro Card. It was at this point, Dave then decided to leave his Miami Pro competing days behind, turning instead to the WBFF.

Dave competed in his first competition with the WBFF in 2013, where he placed 7th at the WBFF London UK Show. Dave was discontent with his placing, but he knew that the competition was fierce. Because of this, Dave realized that he needed to remain focused, so he could keep pushing forward.

Dave entered the WBFF Europe Pro-am Championships in 2014, where he finished in 4th place. However, Dave felt as though he should have done better. So as a result, he took a year out so that he could focus on building his physique further.

After a year of training hard in the gym, Dave entered the WBFF Spring Show in 2016. He placed 2nd in the competition – allowing him to earn his Pro Card.

This was the moment he had been waiting for ever since he started out in fitness. From then on, Dave had the opportunity to excel in his fitness modelling career, and was eager to earn more success. 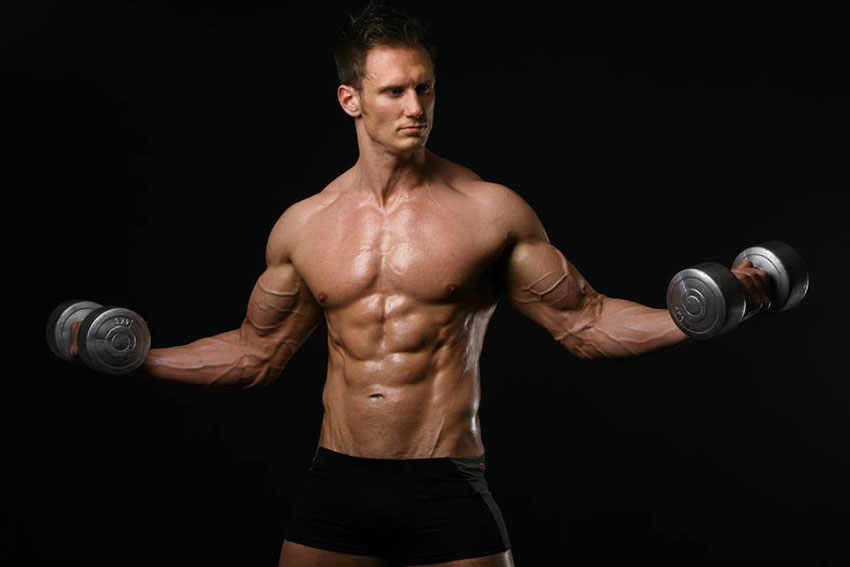 Dave works out in the gym five days per week, aiming to maintain his shredded physique. He keeps his training sessions at a high intensity, so that he’s able to continually progress his level of fitness.

In addition, Dave places particular emphasis on training his calves. He lists this as one of his weaker muscle groups, so he trains this body part at least twice a week. 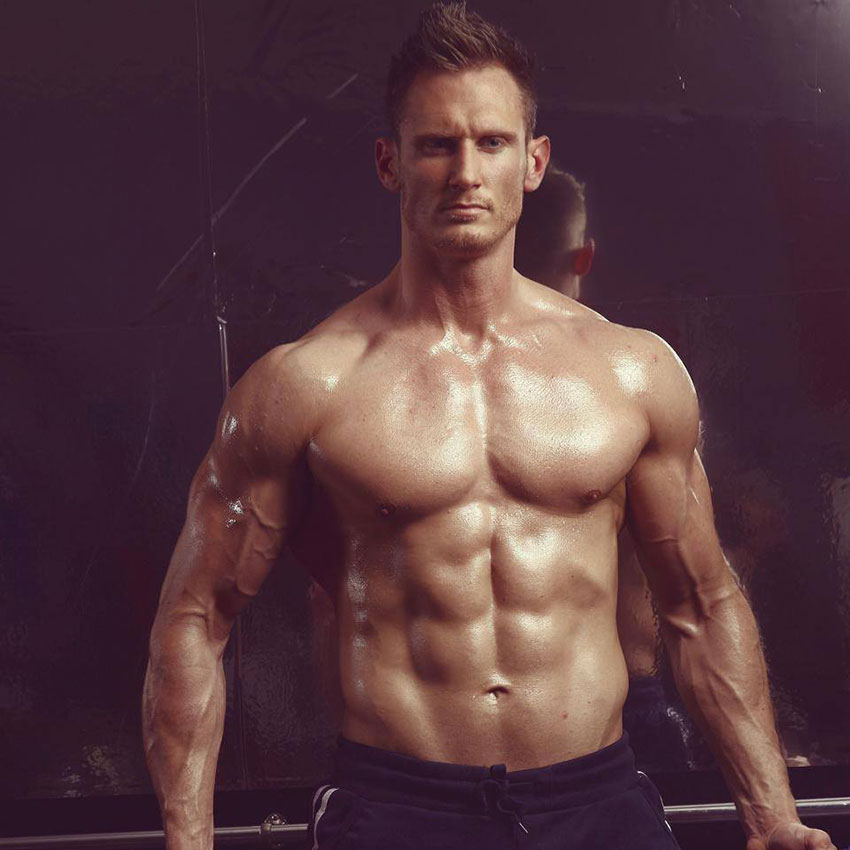 Dave follows a flexible diet (IIFYM) which means he sets macronutrient goals for himself. To ensure he sticks to them, he tracks his calories on a daily basis. Here’s Dave talking about his nutritional choices:

“I’ve adopted the flexible dieter’s lifestyle so I don’t stick to any regimented meal plan, as long as I hit my targets for the day it could be made up of anything”.

However, Dave keeps most of his food choices healthy so that his body can absorb essential nutrients that allows him to grow lean muscle mass. Listed below is a meal plan that forms an average day of eating for Dave: 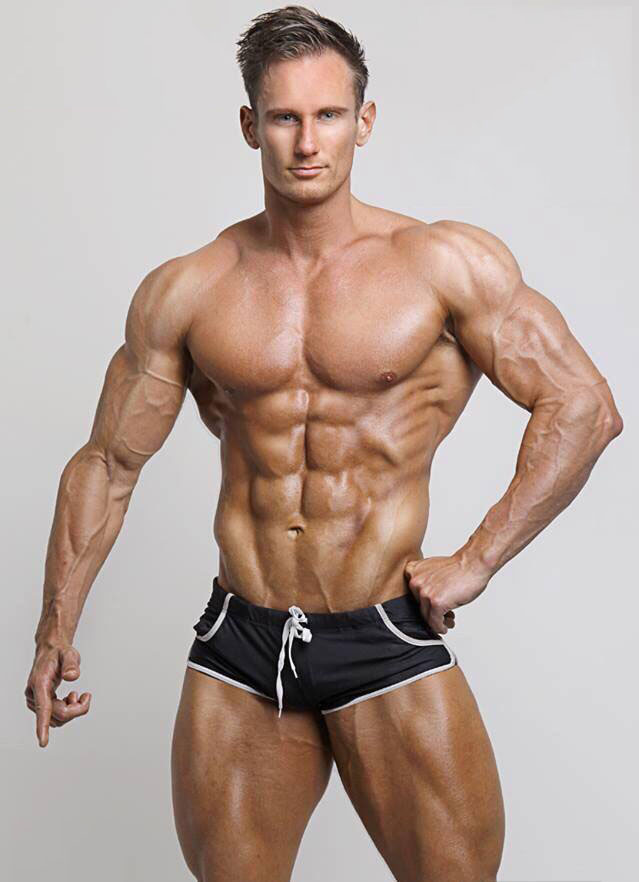 Dave looks up to people in fitness that have achieved success in their fitness journey. Steve Cook, Shaun Stafford, and James Alexander Ellis are just some of the fitness icons that Dave idolizes – making him want to achieve the same level of success in his own career.

However, Dave’s passion, drive, and desire for fitness is what allowed him to reach the goals that he set for himself. As a result, he was able to earn his Pro Card in 2016.

Additionally, his fans online enable him to keep pushing forward. In regard to their influence, Dave stated the following:

“I get real humbled and proud of being able to inspire others through my own journey, when I get tweets, messages, emails etc saying how what I’m doing is inspiring others to chase their dreams, it’s what keeps me going”. 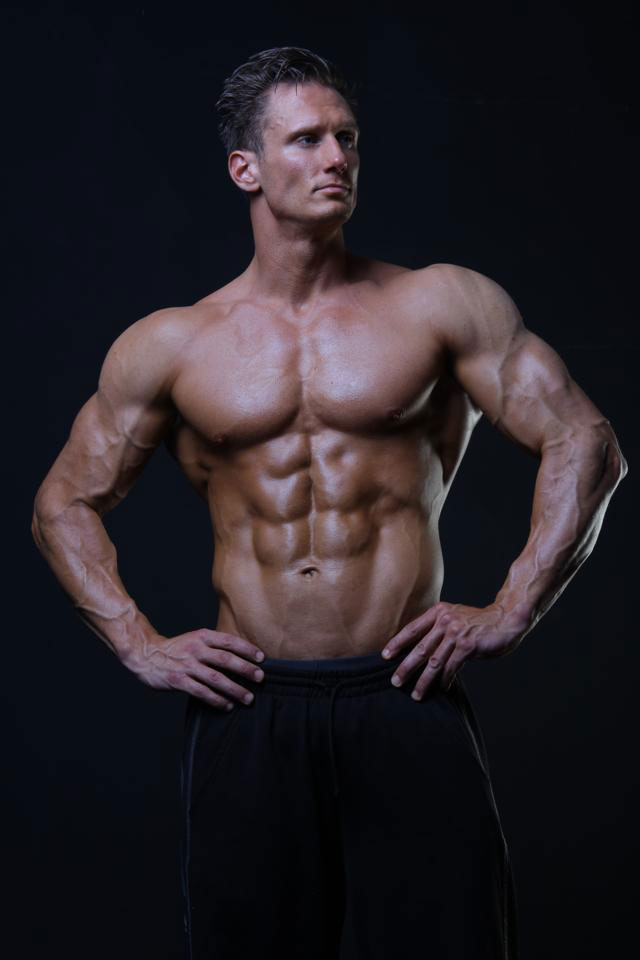 What we can learn from Dave Cunningham

Dave Cunningham was able to achieve success in his fitness career through hard work and determination. As a result, he was able to overcome insecurities about his body to earn a great physique.

What we can learn from Dave Cunningham is; he never gave up until he reached his ultimate goal. He hit roadblocks along his journey, but he learned to take them within his stride to keep moving on with his life.