Cody Montgomery is a bodybuilder and sponsored athlete from Alaska, United States of America. Since he began competing in bodybuilding in 2010, Cody rose through the ranks to become an IFBB Pro athlete – winning six out of six amateur shows prior to entering the Pro League.

However, while Cody is an accomplished bodybuilder today, he didn’t always plan on becoming one. Growing up, Cody was more interested in American football than anything else. He was passionate about the sport so much, he planned on making it his full-time job.

However, things started to change once Cody entered the gym for the first time. Initially, he began training with weights to improve his performances on the football pitch. But, after seeing the results from weightlifting on his physique, Cody became ‘hooked’ on the bodybuilding lifestyle instead.

Eventually, Cody abandoned football altogether, replacing it with his newly-discovered passion for bodybuilding. Throughout the years, he furthered his passion to become a professional IFBB Pro competitor and sponsored athlete. 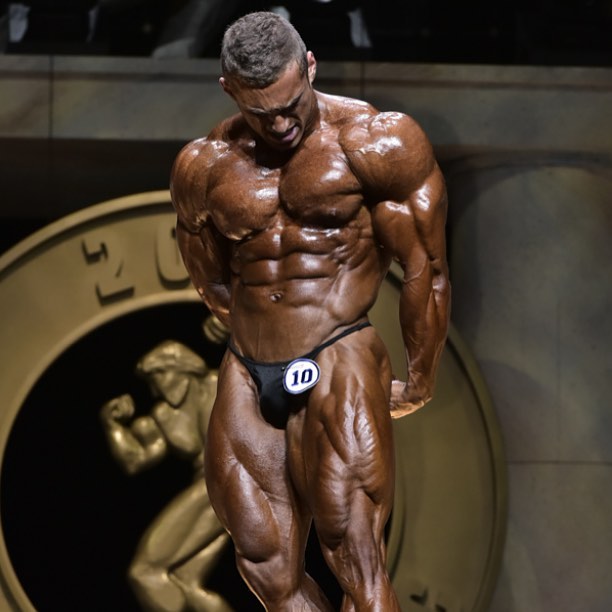 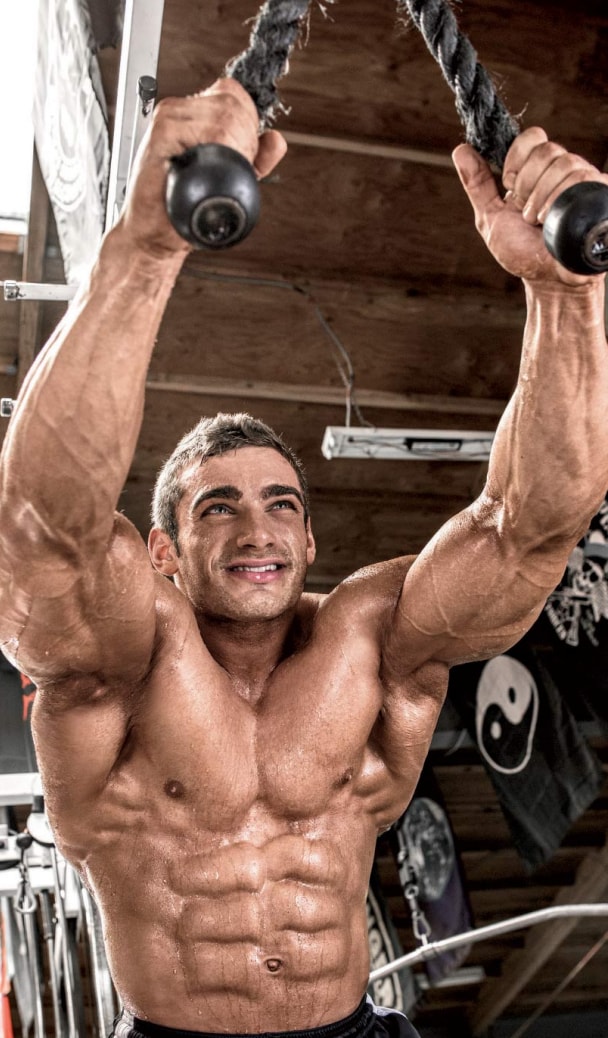 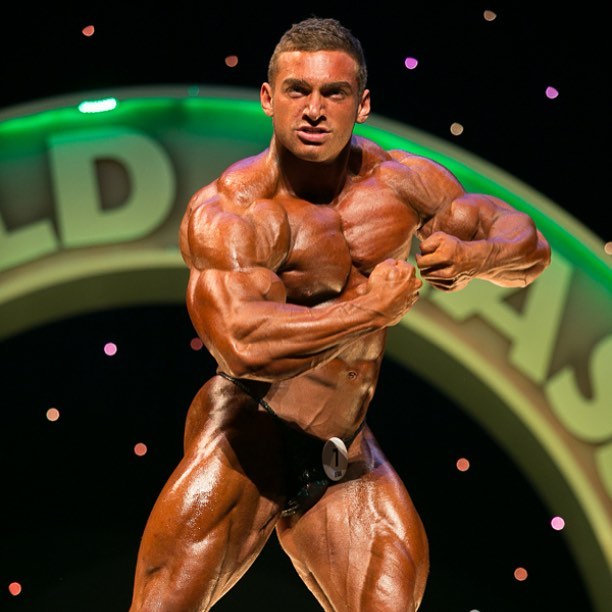 Cody Montgomery was born in Anchorage, Alaska’s largest city and a place surrounded by snowy wilderness and wildlife.

Growing up, Cody was an extremely lively child who showed a great enthusiasm for sports. He took part in many activities, ranging from school football to extracurricular sports such as golf.

It was American football, in fact, that caught Cody’s interest the most. This was the sport he spent the most time playing, hoping he would make a career out of it one day.

A Growing Interest in Weightlifting

As the years went by, Cody’s performances in American football became better and better. By the eighth grade, he became extremely proficient in the sport.

However, Cody had one problem. He felt his strength and size weren’t good enough for becoming a professional football player. In order to improve this, he decided to enter the gym to lift weights.

After a few months of training, Cody began noticing hints of progress on his physique. It was at this point his passion for weightlifting was born.

Cody said; “I was working out to get bigger & stronger for football and of course to have a more built body. It became an addiction even before I was introduced to bodybuilding.” 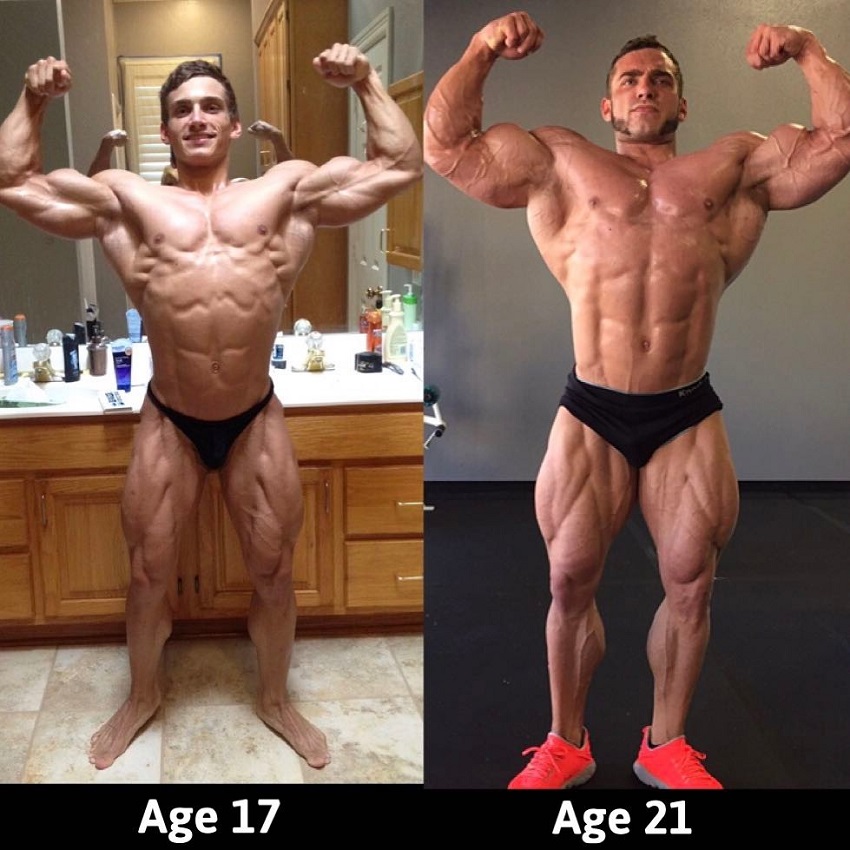 During the summer between his transition from 8th grade and his freshman year in high school, Cody achieved incredible progress on his physique.

Motivated by his results, Cody began devoting all of his free time to weightlifting. His passion for football, on the other hand, gradually disappeared.

Then, after several months of intense training in the gym, Cody was presented with a new opportunity. One day, while he was at the gym, Cody was approached by a man who owned a supplement store. This very person complimented Cody on his physique, subsequently offering him a supplement sponsorship if he would compete in a bodybuilding show.

Without giving it much thought, Cody accepted the man’s offer. In Cody’s own words; “I, of course, accepted his offer and started preparing for that show… I was immediately hooked, reading all the mags and website content I could get my eyes on.”

After weeks of preparations, Cody stepped on the 2010 NPC Europa Dallas stage, where he took home 1st place in the Teen category. From there on, Cody became even more ‘addicted’ to the bodybuilding lifestyle, as he said;

“After I stepped on stage in 2010 for the first time, I knew it was me, what I had been searching for, it just felt right and I was hooked.” 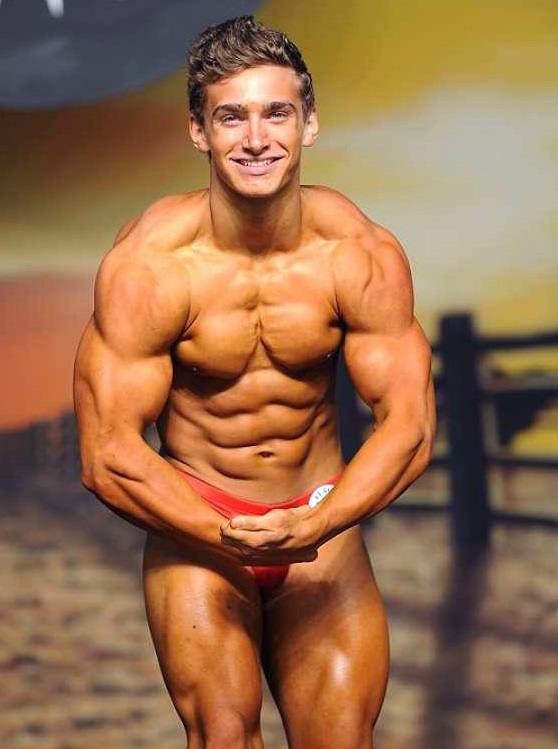 Cody Montgomery competing on a bodybuilding stage as a teenager.

Achieving Success on the Stage

For the next six years, Cody went on a ‘rampage,’ taking part in seven different shows and winning five of them.

By winning the 2015 USA National Championships, Cody earned himself the Pro Card. This granted him the entrance to the prestigious circuit of the IFBB, where world’s best bodybuilders competed.

Cody continues to add to his trophy cabinet year after year – it doesn’t look like he’ll be stopping anytime soon. 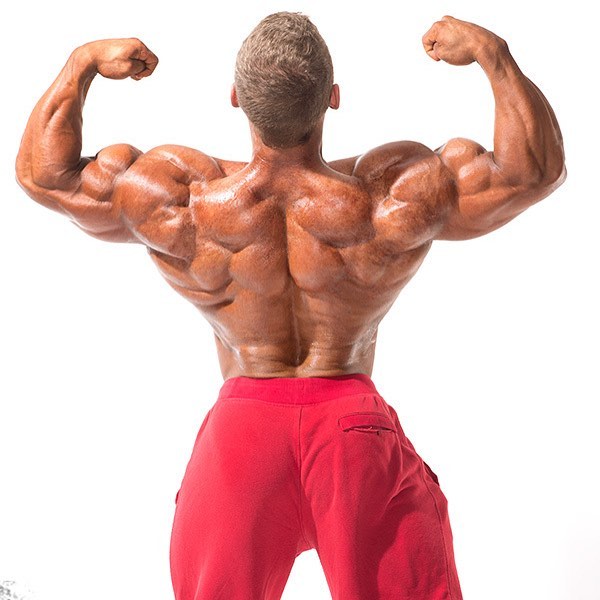 I linked up with John for my training in fall of 2013 and have been hooked ever since. Not that I believe in one set way of training 100% of the time, but his training has so much variance from exercises, volume, and different increased intensity styles of training.” – Cody Montgomery 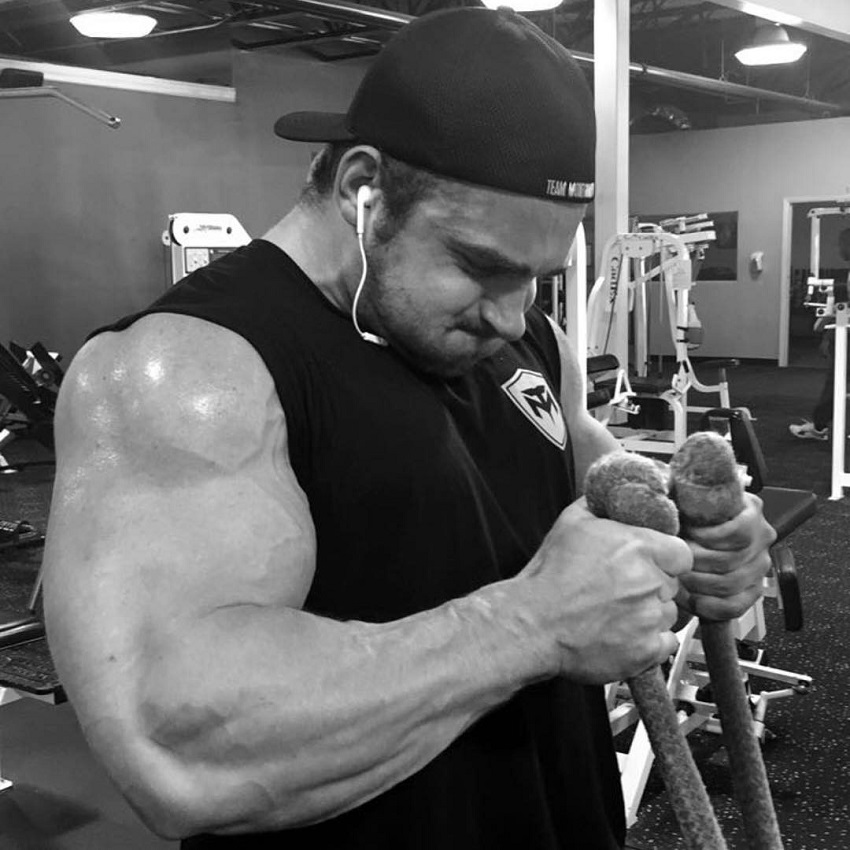 Cody likes to do many warm-up sets before going onto his working sets. This way he avoids injury, along with pumping more blood into his muscles, making them ready for heavy sets. 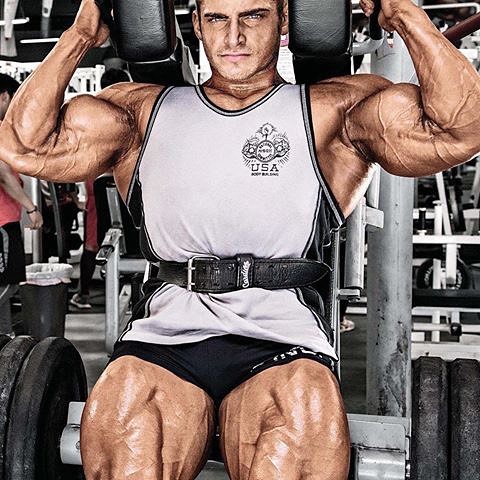 Cody trains between five to seven times per week in the gym. Two to three times weekly, he’ll train calves in addition to his regular workout.

Cody’s diet is based on a high-carbohydrate, moderate protein, and low-fat intake. However, this can greatly change depending on whether Cody’s in the ‘off-season,’ or competition preparation phase.

For example, in the ‘off-season,’ Cody greatly increases his fat intake. Throughout the contest preparations, however, he decreases fats and carbs, and increases protein.

In terms of his favorite bodybuilding foods, Cody says they are; potatoes, chicken, fish, eggs, and lean beef. 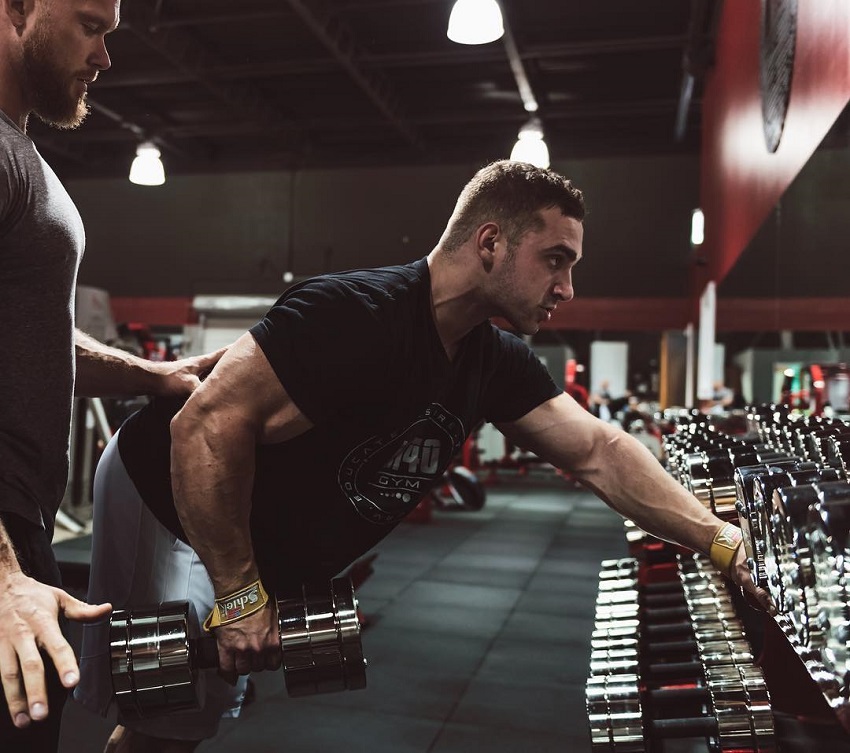 Cody Montgomery training under the supervision of Ben Pakulski.

John Meadows is a person who greatly influenced Cody’s bodybuilding journey. When Cody and John first linked up in 2013, they began creating a customized training plan for Cody which would help him win his amateur shows, and later, his Pro Card.

Cody credits John as a person from whom he learned a lot about training and nutrition. To this day, Cody uses some of John’s advanced training principles to take his physique to new levels. 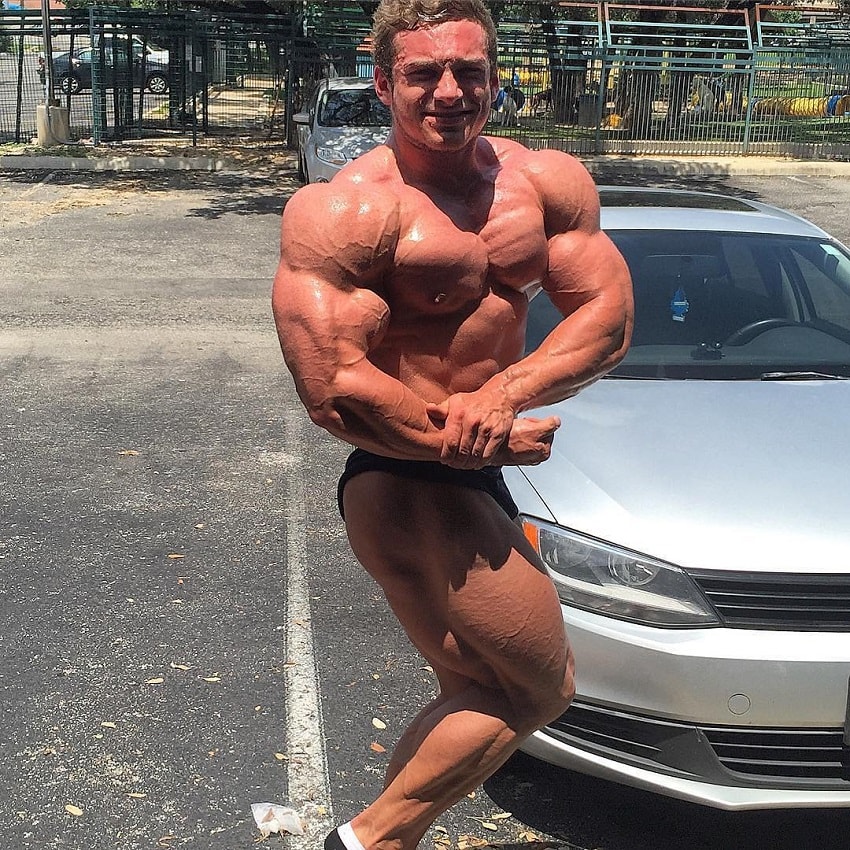 What we can learn from Cody Montgomery

What we can learn from Cody Montgomery, is that nothing in life is ‘set in stone.’ Cody initially taught it was his destiny to become a professional American football player, but in a turn of events, he became a professional bodybuilder instead.

His story shows us that we should welcome new opportunities in life, even if that means sacrificing other ones in its stead. By doing so, it’s possible to reach heights you never thought were possible – just as Cody Montgomery did.