Chris Spealler is an American 7-time CrossFit Games veteran, gym owner, and training coach. Ever since 2007, he’s been helping CrossFit grow through competing and coaching others through his boot camps and seminars.

With the numerous roles he plays in the industry, Chris is a true example for everyone involved in CrossFit. Above all, he’s a family man who enjoys spending time with his wife and two kids at their home in Utah. 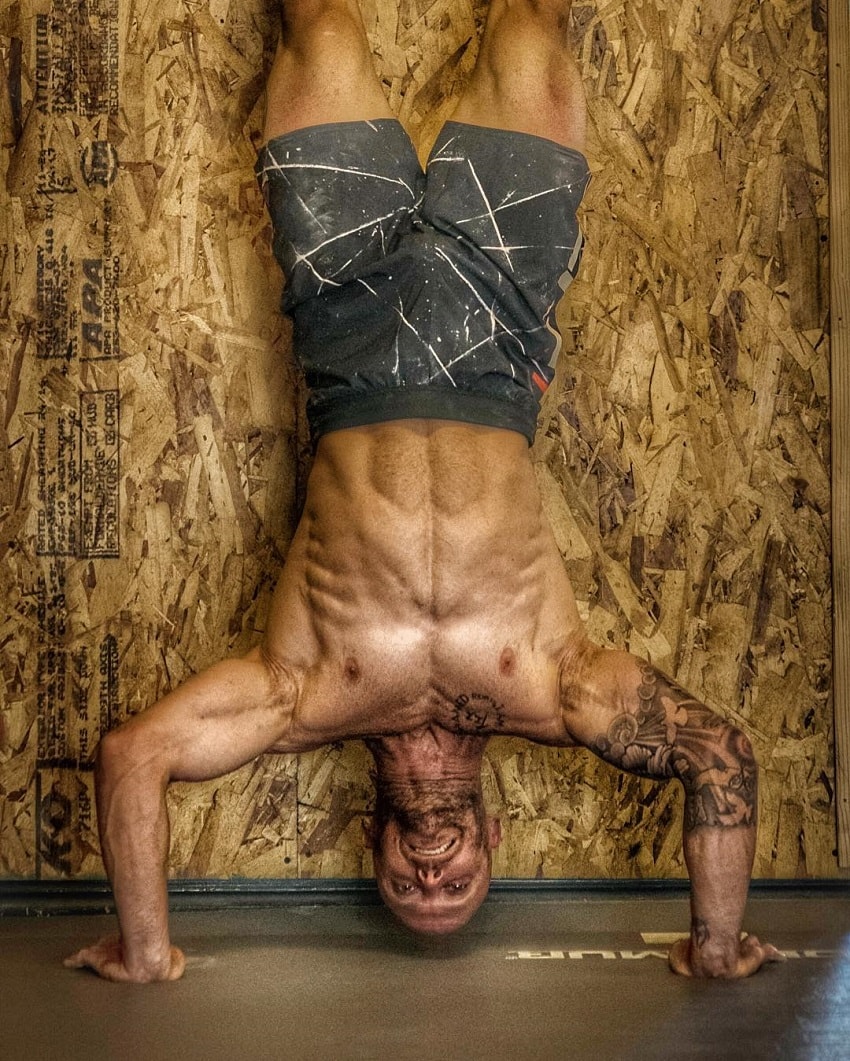 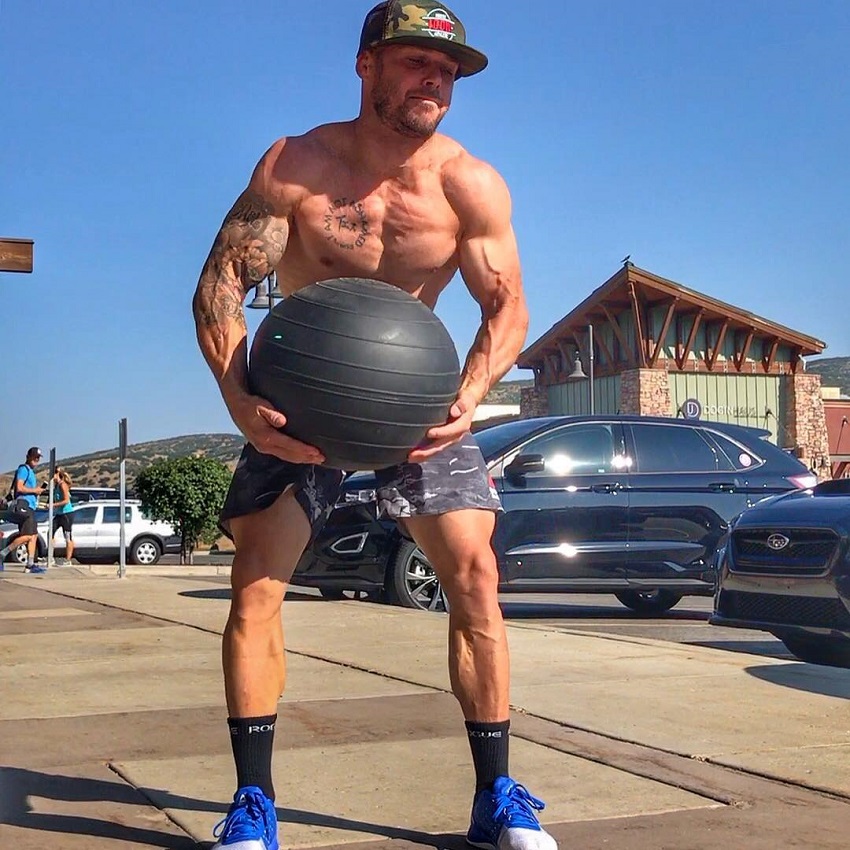 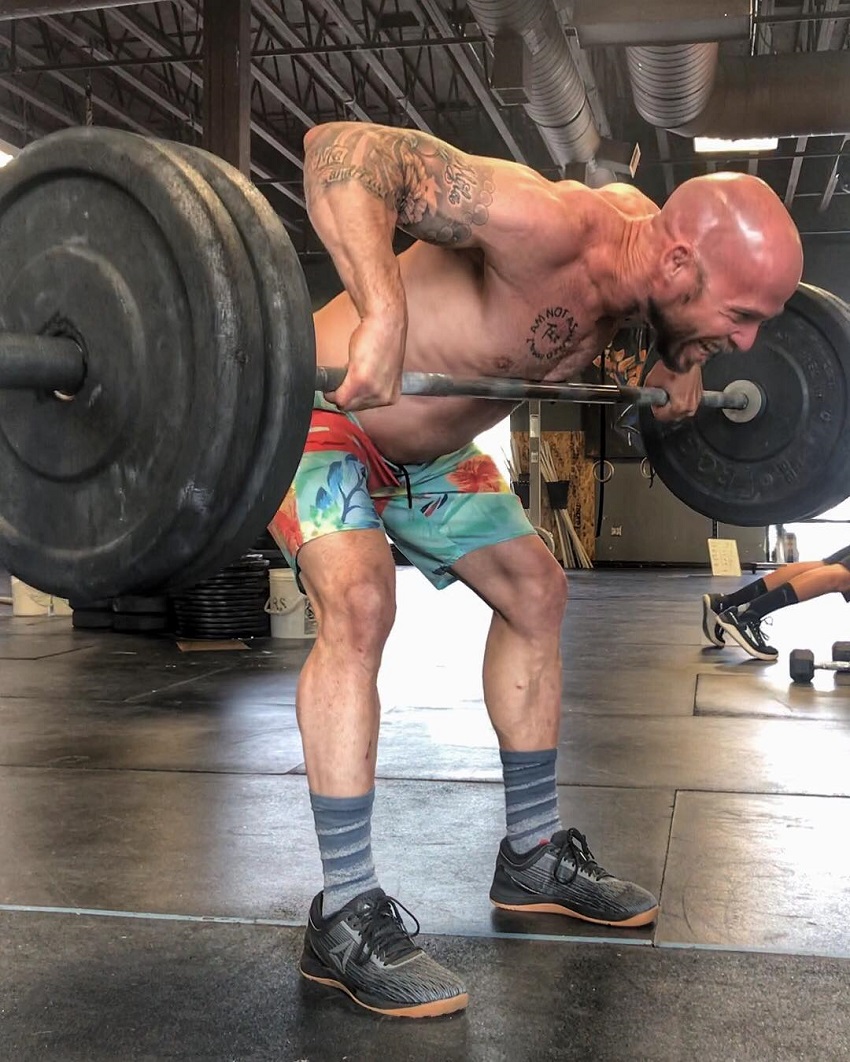 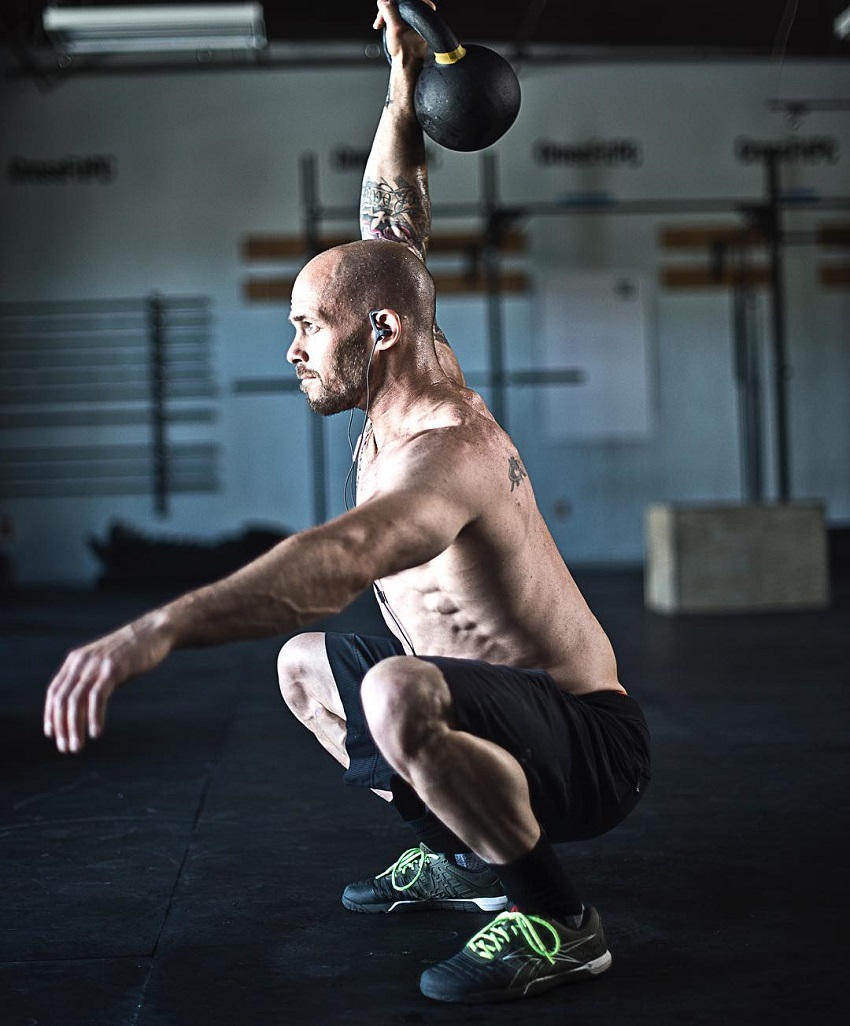 Chris Spealler says, he has taken part in sports for “as long as I can remember.” He was heavily influenced by his parents, who instilled a love for sports in him, and his sister from a young age.

Here’s Chris talking about his parents; “They provided us a great deal of freedom in choosing the sports we wanted to participate in, but they had a rule that we had to stick with a sport for at least one season once chosen. This taught us how to stick with something and thus was a valuable lesson in personal stability.” – Chris Spealler

Chris stumbled upon wrestling in primary school and stuck with it until his college graduation. Throughout this period, Chris became an excellent wrestler. His performances led him to become a part of Lock Haven University, a high-profile wrestling school.

After graduating from Lock Haven University, Chris was offered an opportunity to pursue a career in wrestling, but he decided not to. He believed that wrestling served its purpose and now it was time to find another competitive outlet.

Soon enough, Chris stumbled upon CrossFit. A friend who was in the Marines introduced Chris to a CrossFit workout. Once Chris tried the workout, he never looked back.

He knew in an instant that CrossFit was something he wanted to pursue. With little preparation and research, he soon began participating in CrossFit training sessions, and later, competitions.

“CrossFit has been a wonderful gift to me.  It embodies all of the attributes that I cherish in fitness.  It also allows me to express my athletic blessings in a way that both promote personal growth and allows me to help others.” 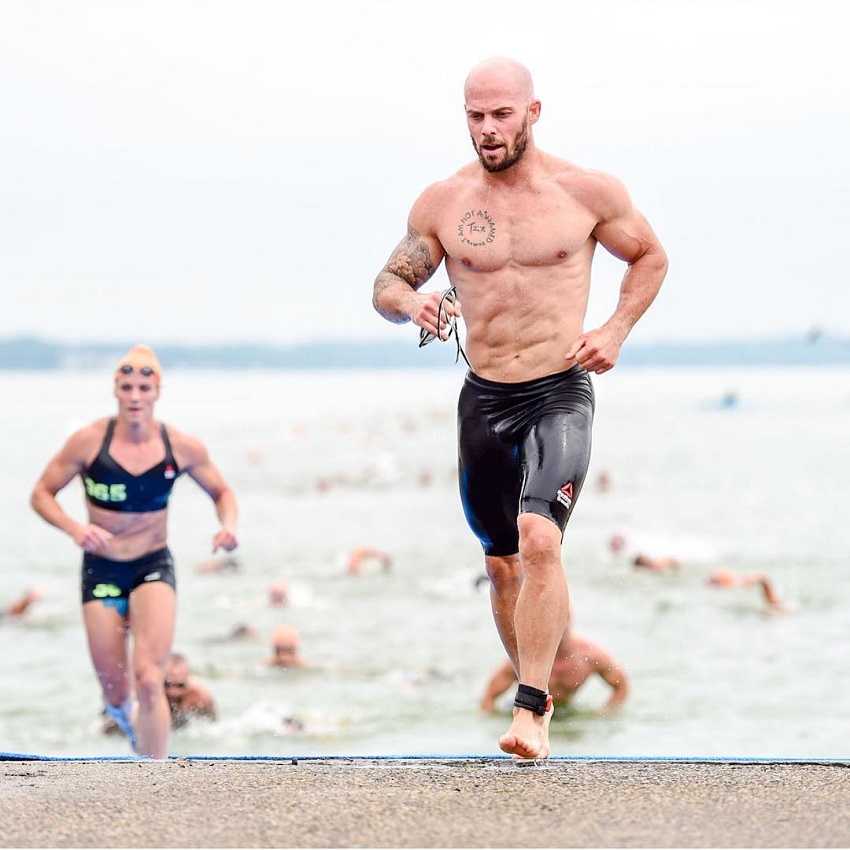 Chris now coaches others and helps them with his expert advice – helping them achieve their own greatness, just like he did. 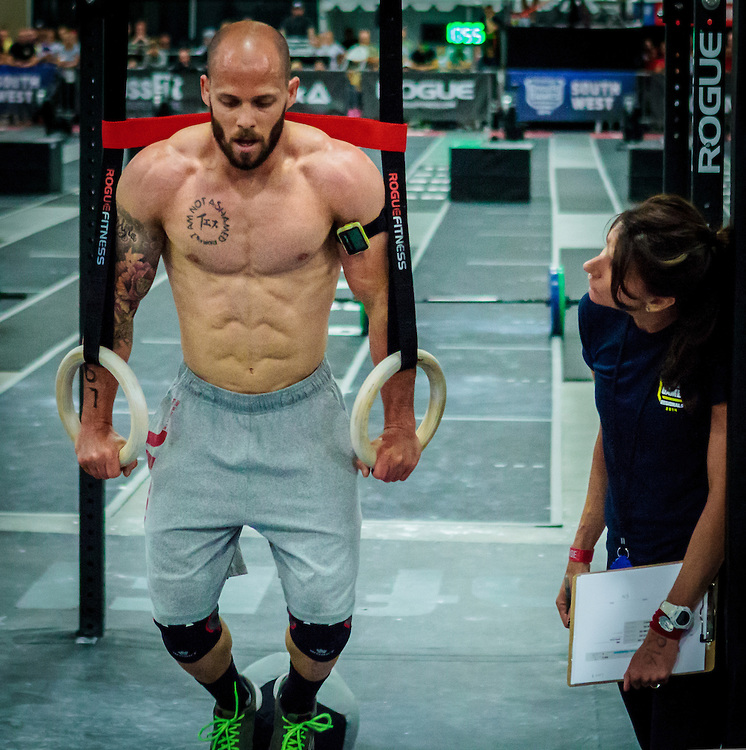 As a CrossFit athlete and coach, Chris’ trains for functionality. This means, he performs exercises that increase his overall athleticism, speed, and agility, and allow him to stay functional outside of the gym.

Unlike bodybuilders, Chris doesn’t train with isolation exercises or machines. Instead, he focuses on heavy compound movements like squats and deadlifts which allow him to better execute natural physical movements with his body.

In Chris’ own words; “We all have to squat down to sit or deadlift an object from the ground as part of our daily life so we incorporate those movements (the squat and deadlift) into our training.  Conversely, we never have to use weight machines in real life so we don’t use them in training. We train functionally to be super-functional (if you will) outside of the gym.” 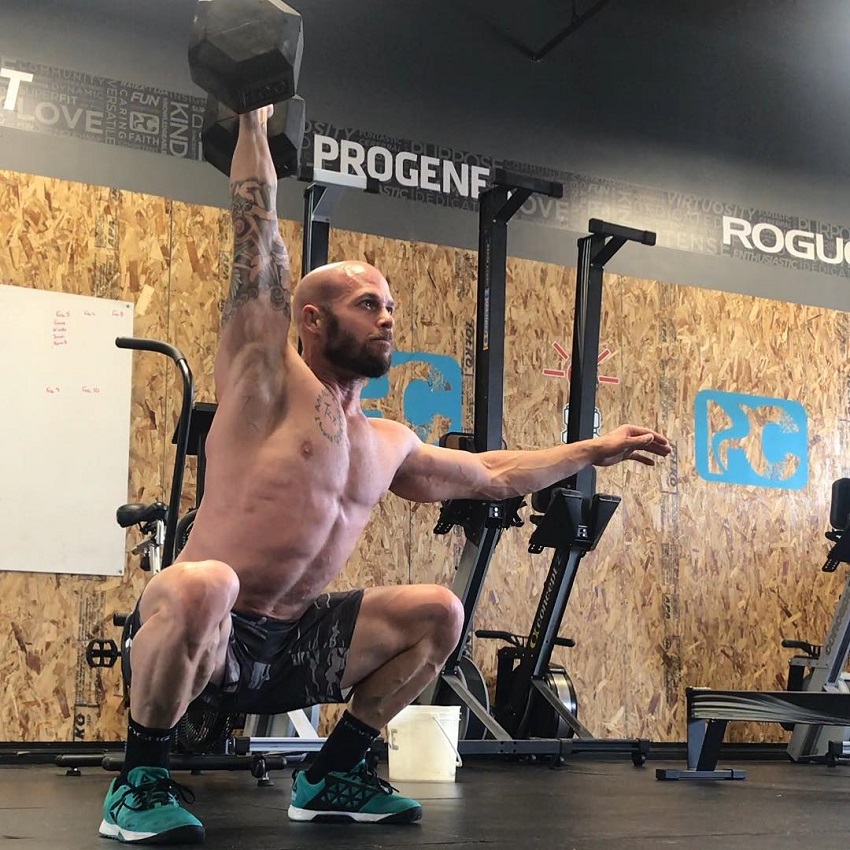 The majority of Chris’ workouts are couplets or triplets of exercises mixed together in different combinations. Here are a few examples;

Chris does each workout from above for time. His main goal is to finish all of the exercises in as short a space of time as possible.

According to Chris, this helps him build his physical prowess, work capacity, and raw strength. 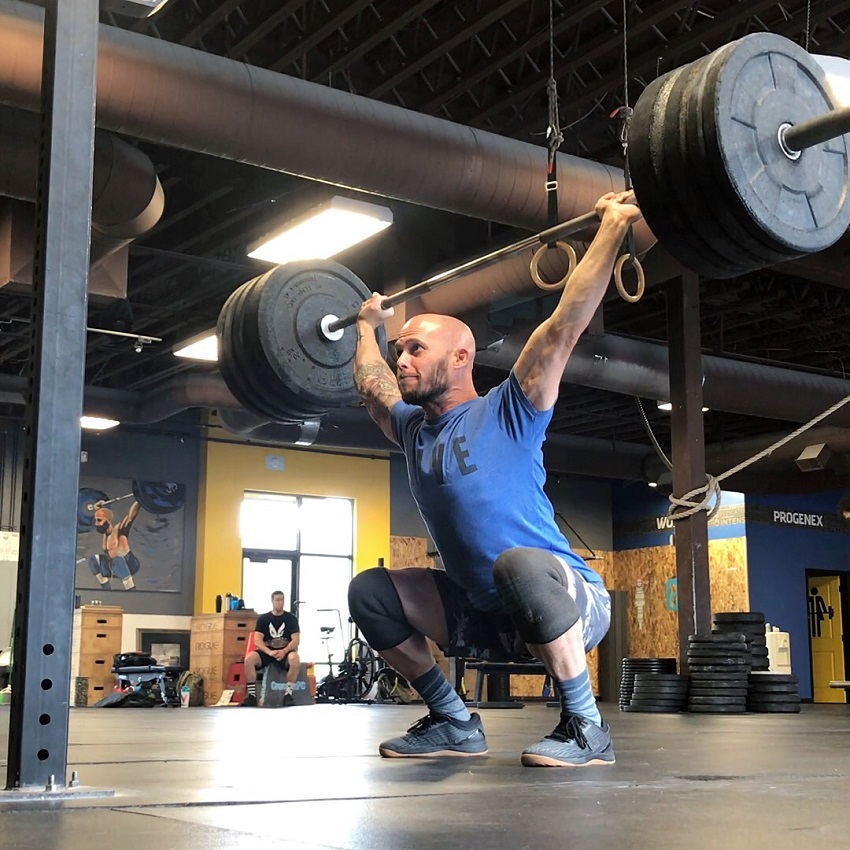 To accompany his intense training, Chris follows a high-fat, high-protein, and low-carb diet. His main food sources are meats, nuts and seeds, low-glycemic fruit, vegetables and some starch. He doesn’t have any refined sugars in his diet.

Explaining the benefits of his diet, Chris said; “This approach helps people to get away from the high carbohydrate (carb), low-fat diets which are responsible for many of the health issues we see today (obesity, age onset diabetes etc.).” – Chris Spealler

Chris likes to eat more often throughout the day, consuming several smaller meals with an optimal mix of nutrients. He also avoids most cereals and grains, because he has a sensitivity to these foods.

That said, Chris also believes that what works for him, might not work for others. For this reason, he encourages everyone to experiment with their diet and find what works best for them.

The only two supplements Chris Spealler takes are fish oil capsules and a recovery supplement.

According to Chris, these two supplements have greatly improved his recovery after training.

“I have seen a huge difference in recovery with the addition of these two supplements.” 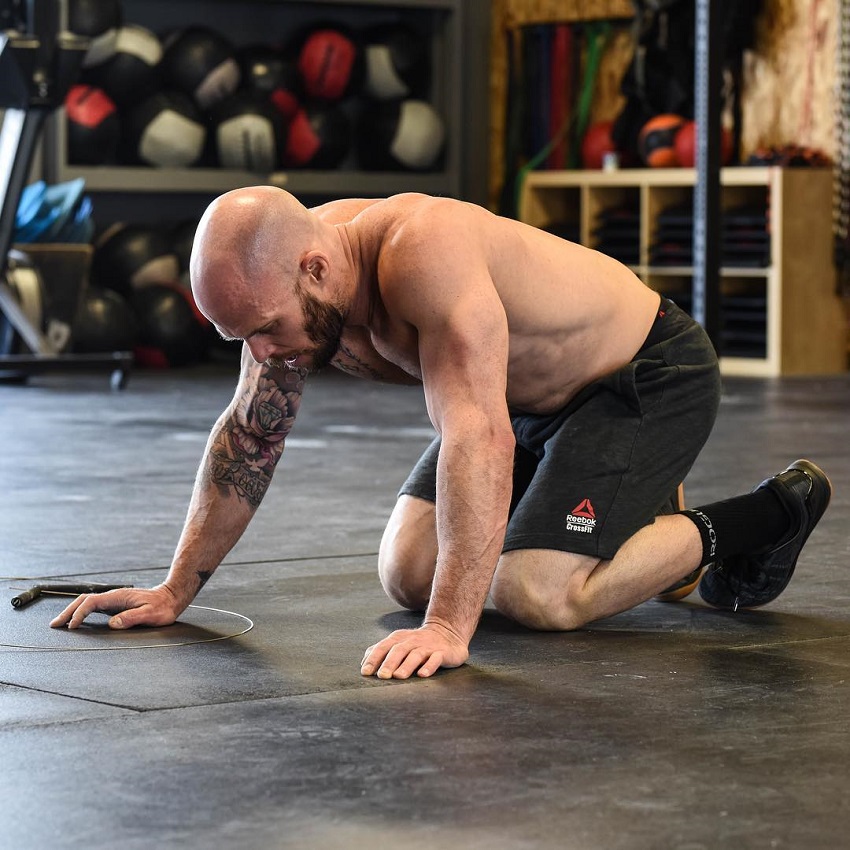 One of the people who influenced Chris to try CrossFit was his friend who was in the Marines. As Chris said;

“I bumped into a friend who was in the Marines who told me about it. I forgot about it until a few weeks later. Then one day, I saw the website, tried a workout and never looked back.” 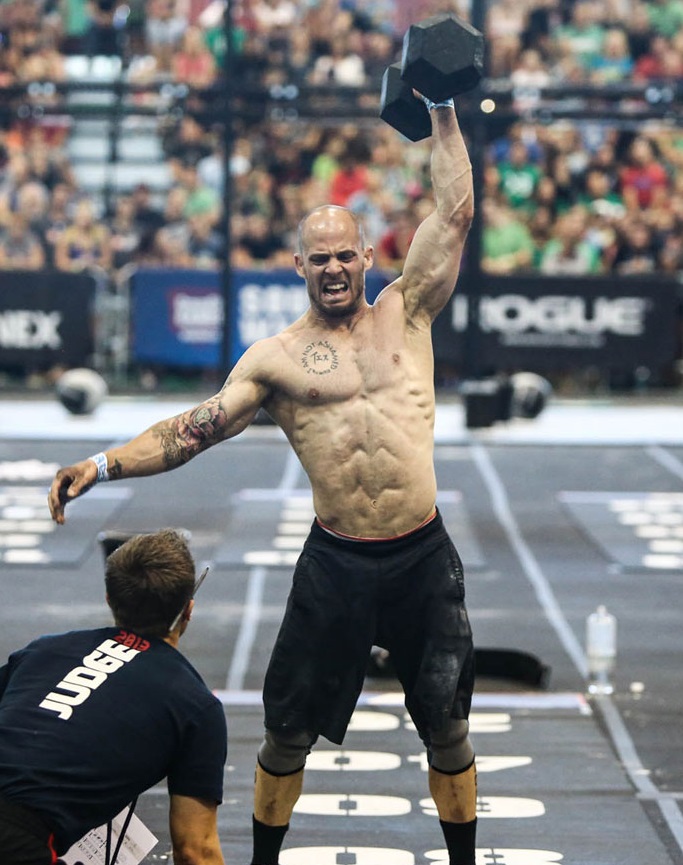 What we can learn from Chris Spealler

If there’s one lesson we could learn from Chris Spealler, it would be this; seize every opportunity that life presents you.

Chris decided to give CrossFit a try after being introduced to it by his friend. After just one workout, he knew it was something he wanted to keep doing for many years to come.

Be brave and take chances, because you never know where that next opportunity can take you – that’s something we could learn from Chris Spealler.