Growing up, Chris excelled at sports but was very shy when he wasn’t competing. He was heavily involved with his school weight lifting club and competed against lifters from others schools- coming 4th in his first contest.

As he developed his weight lifting knowledge and understanding of nutrition, his physique improved massively. He took his pro card in 1993 and would compete at 70 professional competitions; taking the overall title in eleven and placing in the top 5 52 times.

Fast forward to today, and Chris has dedicated himself to the sport for life. He loves helping other people reach their fitness goals while working on his own physique. This is his story: 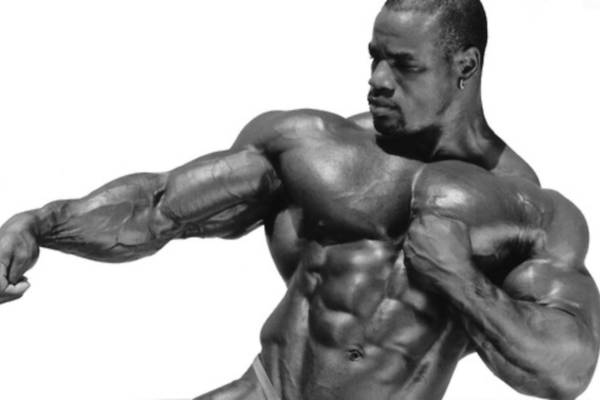 “Follow your dreams, keep the sport fun, and don’t get too down on yourself if you don’t win every show.” 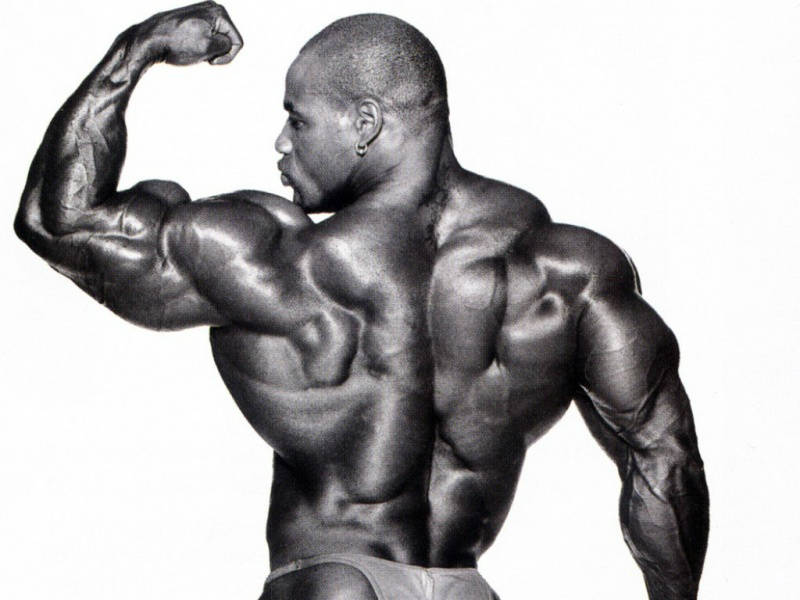 Chris was born in Palm Springs, California in 1967. He loved playing sports during school and joined his high school weightlifting team as soon as he could. He would go on to compete in interscholastic tournaments against the best young lifters in the state.

Chris says that many people don’t know how shy he is. He remembers that he was going to compete in his first bodybuilding competition when he was 15, but “chickened out” because he was scared of the posing. Up until the end of his career, every competition was terrifying, but he hid it well every time.

In 1984, he placed 4th in the 167lb category of his first major junior show – the California Interscholastic Federation State High School Wrestling Championships. This was a great achievement for Chris and the Palm Springs High School team, and he loved every minute of standing and posing in front of the crowds.

The success he experienced in his junior years, inspired Chris to continue competing into adulthood. In 1987, he won his last junior competition – the NPC Teen Nationals – which allowed him to qualify for adult NPC competitions.

At this point, Chris knew that he had the chance of building a pro bodybuilding career, so he pushed himself harder than ever in the gym. He also researched proper bodybuilding nutrition in as many books as he could and aimed to build his best physique yet.

Chris’ first major NPC competition was the NPC USA Championships. He competed in the heavyweight category and came in 4th place. For him, this was an incredible experience and he could now compete against the best bodybuilders in America.

For Chris, 1993 would be a huge year. He was invited to return to the same competition and prepared eagerly with the anticipation of doing better than his 4th place. His cutting preparation was the best he had done yet and the judges noticed.

He managed to take an incredible first place trophy at this event. This gave him his fist major win, as well as his Pro Card, which would allow him to compete at IFBB competitions nationwide and internationally. 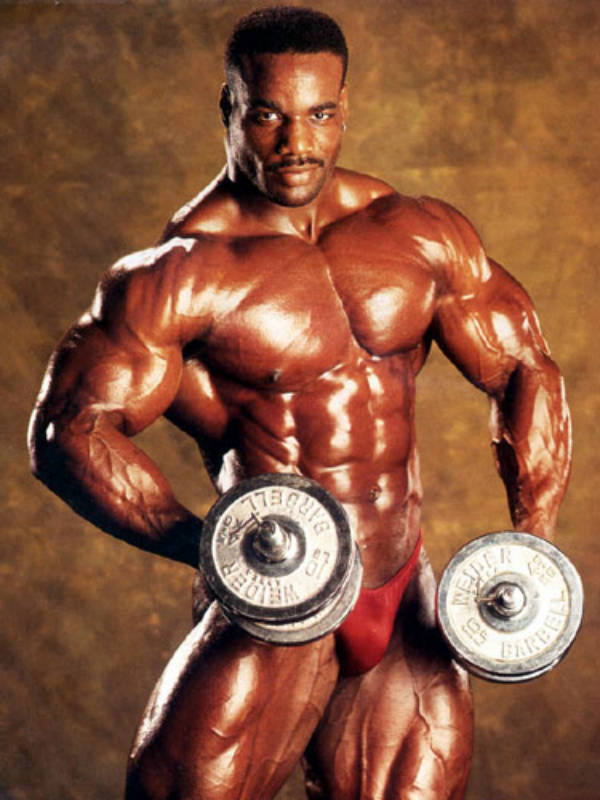 Chris began competing right away. In 1994, he posed at 5 competitions. He managed to place in the top ten in all of them, taking a 2nd at the 1994 Ironman Pro Invitational which allowed him to qualify for the Mr Olympia – a dream come true.

The Mr Olympia is perhaps the most prestigious tournament of all time and Chris stood alongside the best in the sport. He ultimately came in 6th place, but managed to beat the likes of Nasser El Sonbaty and Ronnie Coleman.

In 1995, he competed in his first Night of Champions tournament (which has now been renamed the New York Pro.) He would place 4th at this show, proving his worth alongside another array of bodybuilding stars.

After taking another top 10 at the Olympia, as well as top 5 spots at a long list of other shows, he returned to the Night of Champions in 1997 and took a 1st place. This would only be the start of an exceptional career.

Some of the highlights of his 30 year bodybuilding career was a 4 year 1st place run at the Ironman Pro invitational. He also won the Australian Grand Prix consecutively and stood on the Mr Olympia stage 10 times.

Finding Fault With The Professional Judges

While he succeeded many times throughout this lengthy career, Chris also says that some of the professional judges do not understand what makes a good physique. He claims that as bodybuilders physiques have rapidly changed with the use of certain drugs, the definition of what is aesthetically pleasing has also shifted.

While judges still claim to be looking at the definition of each individual muscle, Chris believes that the intricacies of the judging technique have vanished. He mentions that it’s “gotten to the point where he can’t even see some of these guys’ triceps”.

Chris’ central point here is that the classic physique where muscles were on show and clearly defined, is superior to the current trend of muscle “with no real shape or line”. He believes that the judges are more persuaded by the celerity in front of them than his actual physique.

Regardless of his issue with modern day judges, Chris has battled to maintain his physique for decades. In 2006, just before he was scheduled to train with the IFBB legend Dorian Yates, he suffered from a injury while training which led to an infected spine.

This put him out of the sport for a while, as he needed extensive physiotherapy. He still was determined to train though, so this was an extremely frustrating time for Chris.

Working To Help Others

Alongside his bodybuilding career, Chris has always aimed to help others in their fitness journey. He aims to help athletes and amateurs all over the world to build their best physique.

His experience of over 72 IFBB competitions, with 12 professional wins has allowed him to build a loyal client base. 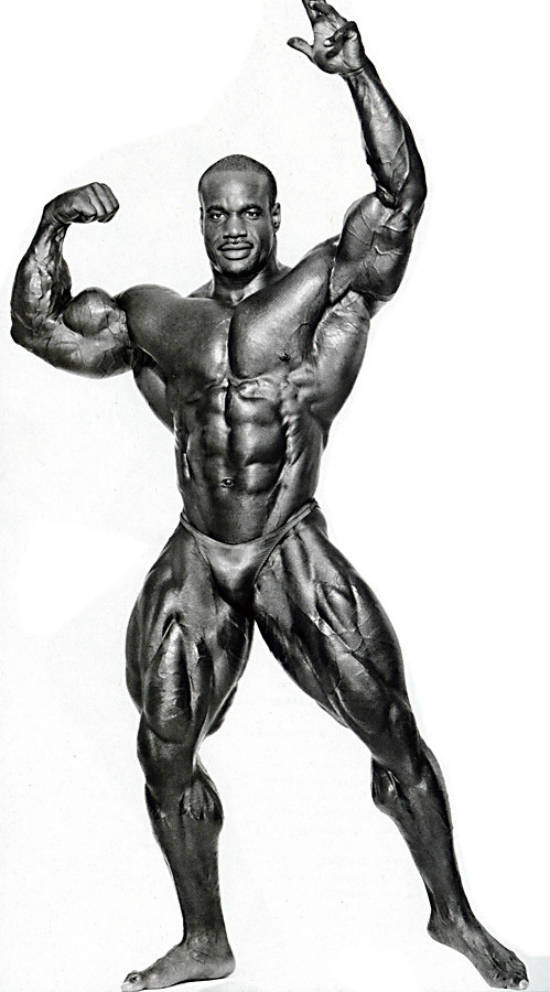 “From day one, my goal was to build a balanced, proportionate physique. To me, the aesthetics- symmetry, detail and shape- are the very definition of bodybuilding.”

Chris has built a lot of experience in his lengthy 30 year career. Because of this, he believes that he has the right to advise other athletes and amateurs. He has 3 main pieces of advice that he always gives to those looking for it; he says: 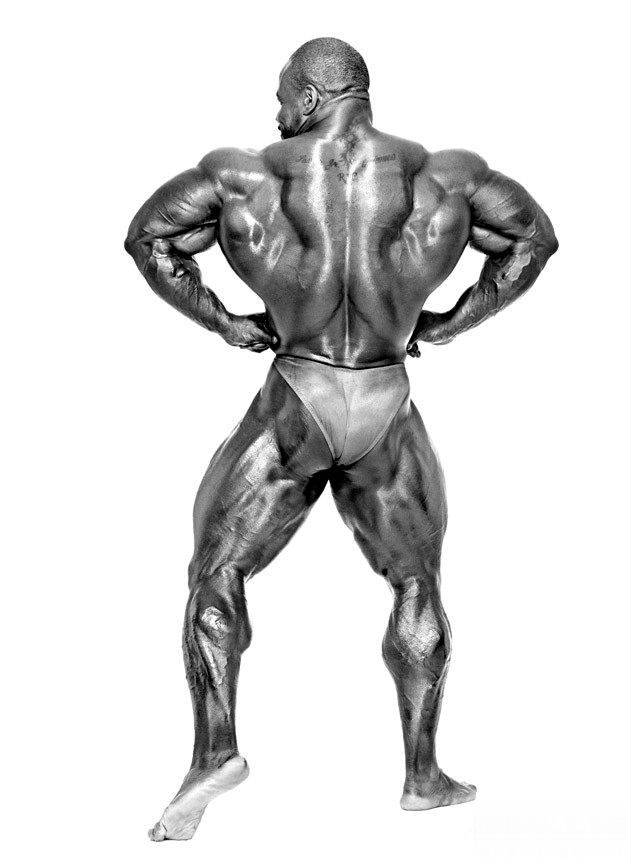 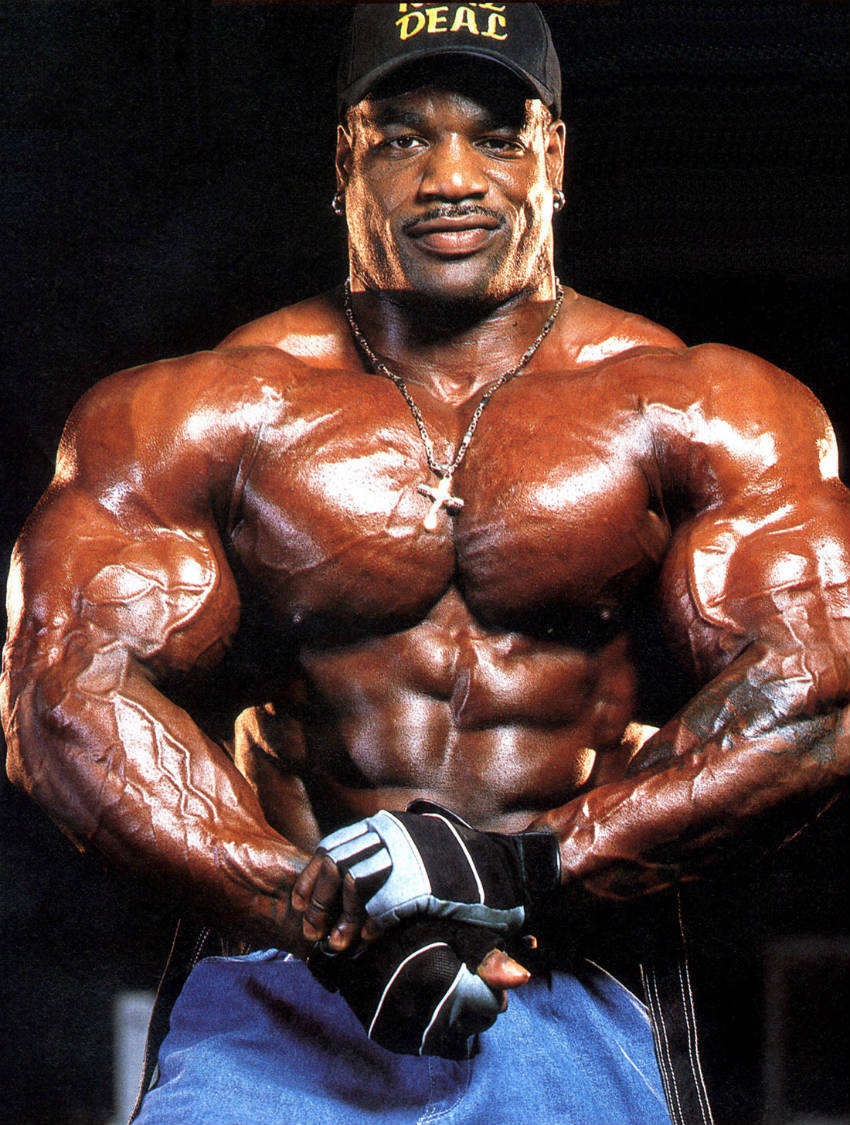 Chris focuses a lot on his diet. He eats as much lean meat as he can each day – particularly enjoying chicken breast, steak and turkey. When it comes to fish, Chris loves halibut, tuna, black cod, salmon and prawns.

Egg whites are another staple in his meal plan. He eats 8-1o for breakfast with some oatmeal, and another 10 at night before going to bed. Without these egg whites (or a protein drink supplement,) Chris would struggle to meet his protein intake needs.

Carbs are also a necessity to keep his energy levels up in the gym during the afternoon. He eats sweet potatoes, brown rice and oatmeal, valuing these options for their complex carb content.

Whey protein shakes are included regularly in Chris’ diet. Aside from these drinks, Chris doesn’t really use many other products. He uses vitamin tablets and BCAA’s for general bodily health, but stops there. 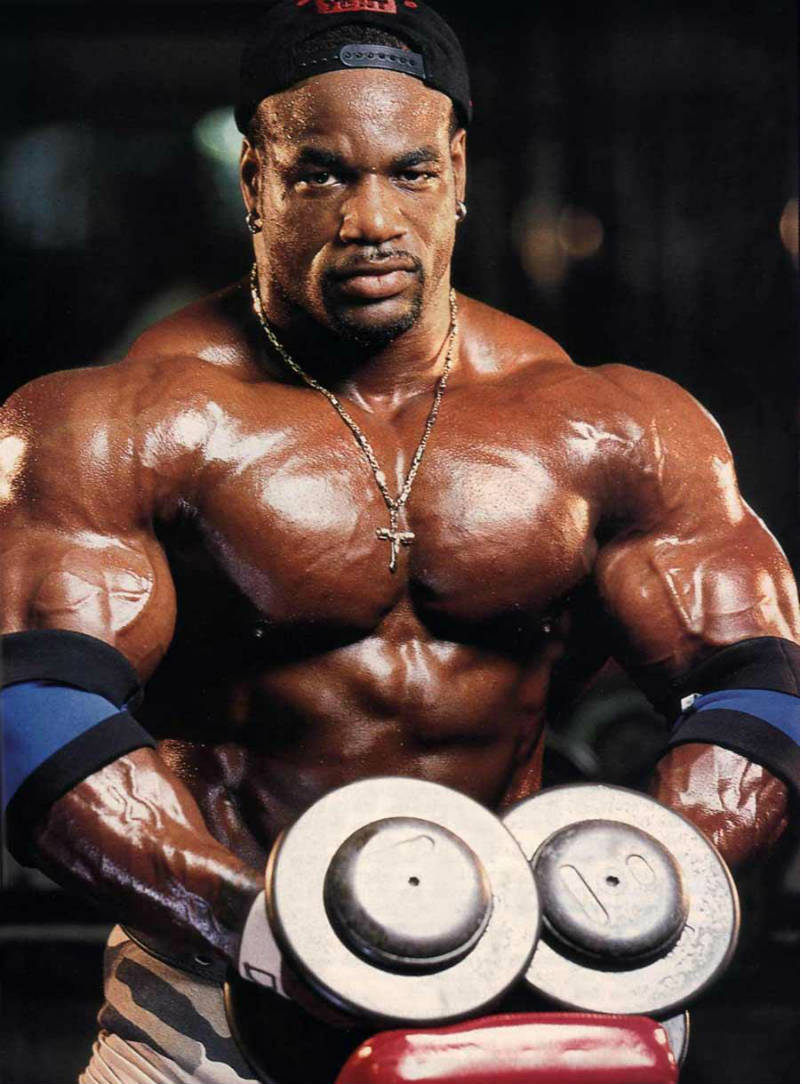 Chris’ inspiration to keep pushing harder in the sport and in life comes from his family. He takes his family very seriously and makes time to be with them as often as possible.

“I’m not just a person who heads out to the clubs every chance he gets. It’s totally the opposite for me. When I can spend time with my family, I do.” 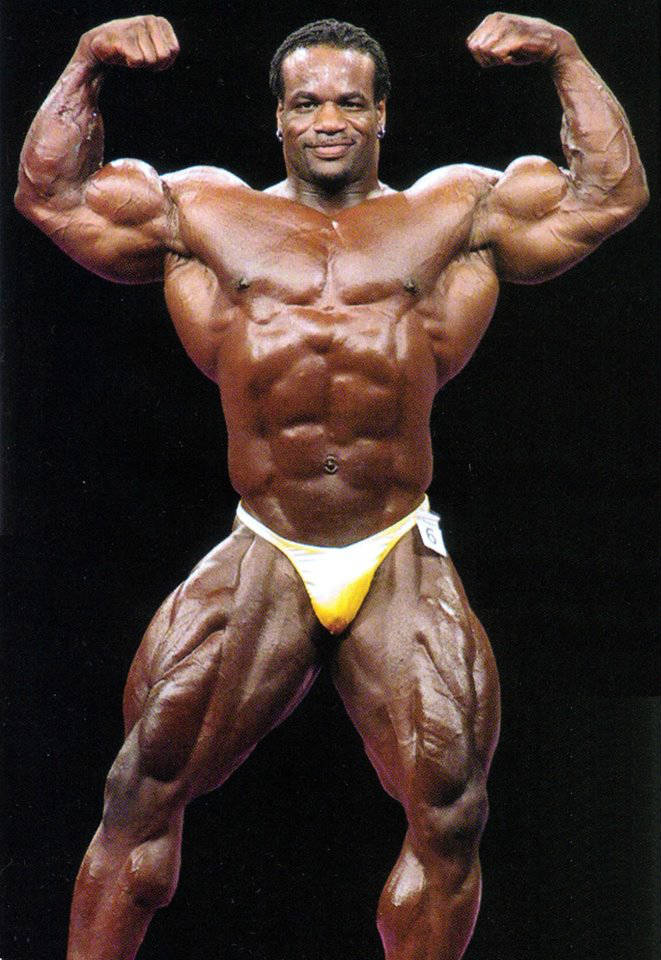 What we can learn from Chris Cormier

Chris’ story shows how useful bodybuilding can be as a confidence building activity. Chris has always been shy, but since starting to compete in the 80’s, he’s worked through these confidence issues and performed with gusto at every show.

After competing for almost three decades and posing at 70 professional competitions, Chris has also chosen to help others. He advises on adequate rest, morning/afternoon split training and regular abdominal training.