Breon Ansley is an IFBB professional bodybuilder, sponsored athlete and personal trainer from California, USA. In just two years, he managed to transform his physique to a professional level –  winning a major IFBB competition.

Growing up, Breon was always very passionate about sports and fitness. He played a wide array of sports at school, but excelled at football. He took this passion with him to college – playing defensive back for Iowa State.

Unfortunately, an injury prevented Breon from continuing his football career. After returning home, he decided that he would keep fit and build his body as big as he possibly could. He began training hard to sculpt an excellent physique; taking a personal training qualification with the intention of helping others.

After a long period of training, Breon would go on to qualify for the NPC Los Angeles Championships and come 2nd. He won his pro card in 2013, before winning the 2017 New York Pro after a series of top ten finishes. Breon is a focused and resilient competitor who always tries to see the positives in his fitness journey. This is his story: 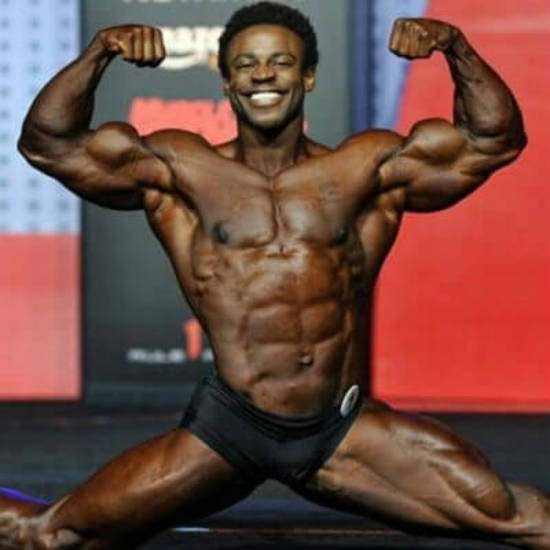 “The only way to go about anything, is for the WIN!” 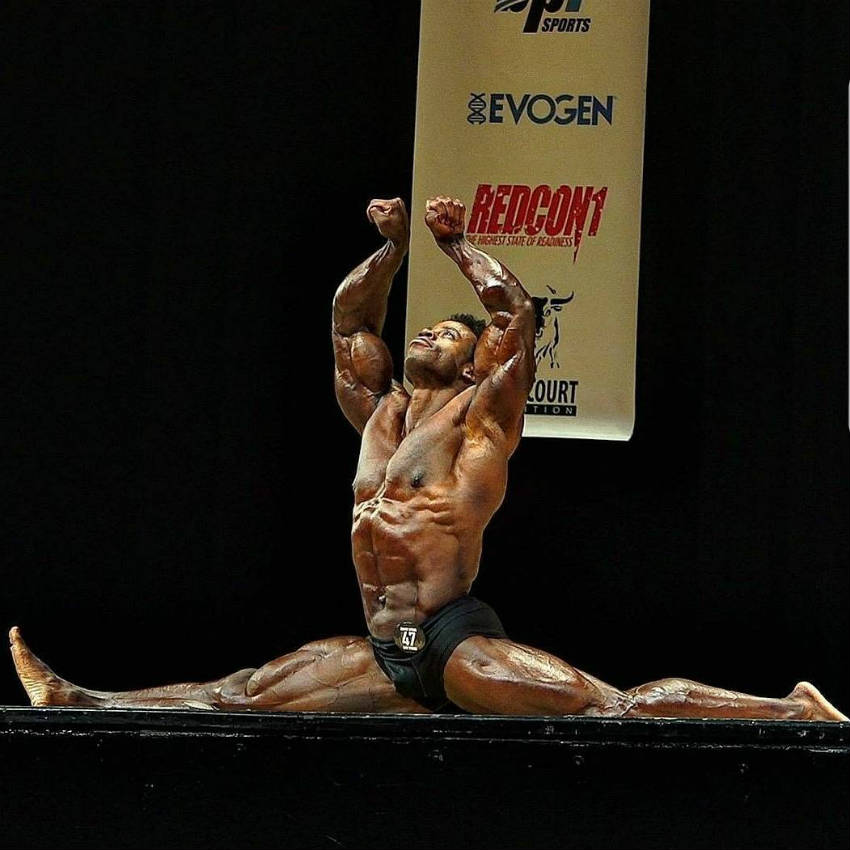 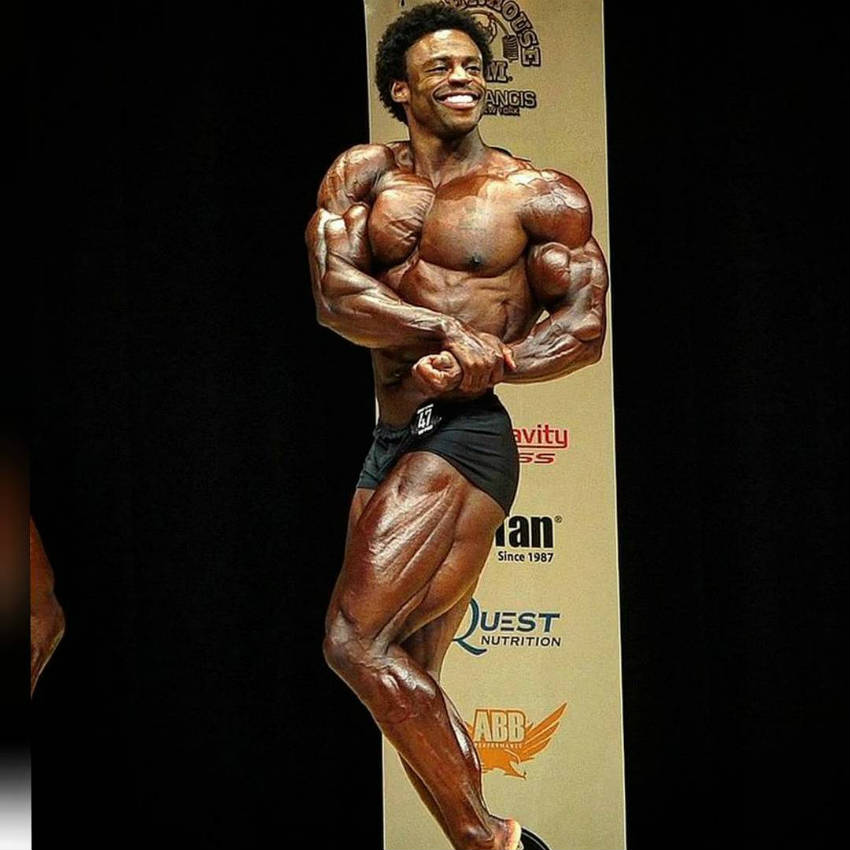 Breon was born and raised in Rowland Heights, California (USA.) Throughout his youth, he loved to play a variety of sports, ranging from football and tennis to track and swimming. His main passion was football – which he excelled in.

He played in the defensive back position for most of his school years, landing a college scholarship to play for Iowa State. Unfortunately, this career was cut short by an injury, but Breon was determined to stay fit and active when he left college.

When Breon moved back home, he knew that he wanted to maintain his excellent physique and find work. He began to seek work as an actor – succeeding in auditions for major commercials. He worked for brands such as Mountain Dew, McDonalds, Samsung, Chevrolet and Walgreen’s.

While working as an actor, Breon maintained the dedication towards fitness which he had gained at college. He was surrounded by a number of friends who were bodybuilding and fitness professionals, so it was only a matter of time before the sporting seed was planted.

In 2008, Breon decided to become a personal trainer and help others achieve their fitness goals. While studying for his personal training qualification, he learned a lot about how muscle groups function. He already knew quite a lot about this topic from his footballing days, but he now knew exactly how to help others.

While he was training his clients in the gym, his friends repeatedly told him that he had a competition-ready physique. Gradually, this encouragement worked, and Breon began to train harder with the intention of posing at shows.

After a lot of hard work, Breon began to achieve success rapidly. He placed in the top 3 three times at NPC shows in 2012. In 2013, he managed to win the NPC USA Championships, which enabled him to take his pro card and begin a new career.

In 2015, Breon took the whole year off to focus on building a professional-level physique. He was extremely impressed with his progress, and was pleased that his strict dieting was paying off.

As a result of his hard work, he managed to make the switch to the IFBB classic physique division in 2016. He landed an impressive first place at the NPC Prestige Crystal Cup in Boca Raton, Florida, which showed the bodybuilding world what he was capable of.

To finish off an extremely successful year, Breon then went on to land a 4th place at the inaugural Mr Olympia Classic physique. This proved that he was a real contender, and he was asked to compete at the 2017 Mr Olympia – the most prestigious competition on earth.

In preparation for this show, Breon managed to land his best placing yet – a 1st at the IFBB New York Pro. He loved the opportunity to perform and really enjoyed the show; showing this enjoyment in his routine. 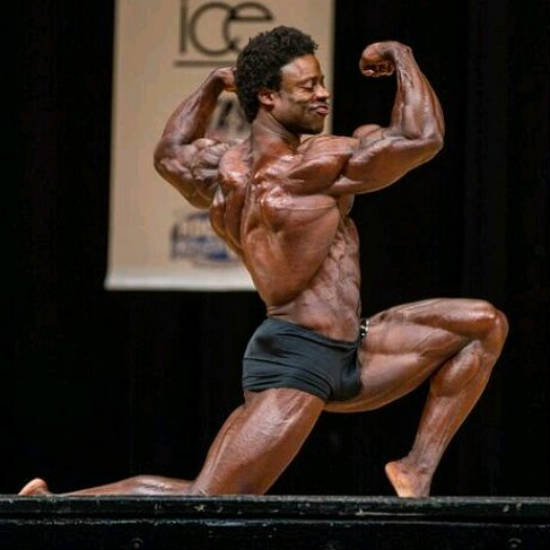 Breon posing with his trademark confidence at the New York Pro 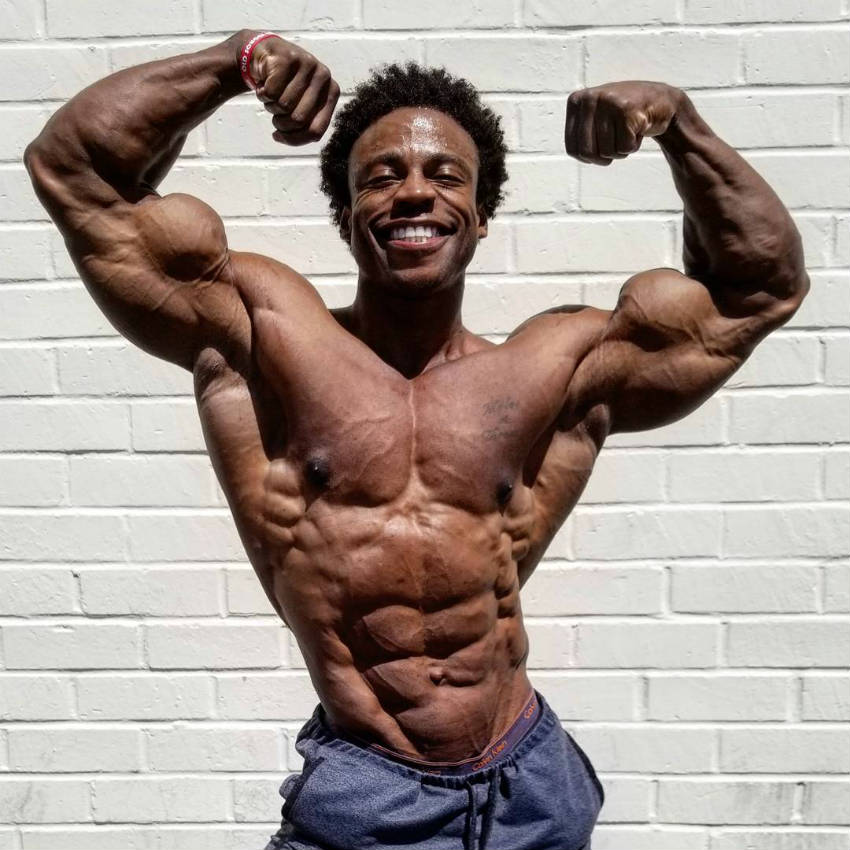 When Breon first started training, he would complete about 26 sets and would follow the “standard” approach of focusing on volume. As he learned more and found a coach, he began to introduce the concept of different angles and positions for his lifts.

Breon’s training approach is to train one major muscle group every day. He splits his week into a beck, chest, leg and shoulder workouts. He has always focused on lifting as heavily as he can to reach the professional level; training to failure and pushing hard on every rep.

In preparation for the 2017 New York Pro, Breon worked extremely hard. His upper body exercises in particular were grueling, and he would complete exercises with extremely heavy dumbbells and low reps. Because of this hard-hitting routine, Breon also places a lot of value on recovery time.

The Body Follows The Mind

One of Breon’s favorite maxims is ‘Body Follows Mind.’ He believes that his body is completely ruled by his determined and resilient mindset. He wants to be the best in the sport more than anything – so trains with a dedicated and focused attitude.

Every morning when he wakes up, he meditates on positive affirmations which give him the determination to hit his workouts hard. He says that if he believes, he can achieve.

Before Breon competes, he increases the pace of his workouts to help him build muscle and loose weight at the same time. He combines more body parts in each workout, to offer him a more complete workout which he believes helps with his aesthetic proportions.

His favorite body part to train is his back. He says that his back has always been the muscle group which lags behind other areas. Breon has managed to overcome this difficulty by focusing on the muscle group and working his proportions around it.

He has been able to learn exactly how the lats function through hard work and research. Through adjusting his form, he can hit the muscle at various angles. He wants to turn his weakness into a strength and show the world his progress. 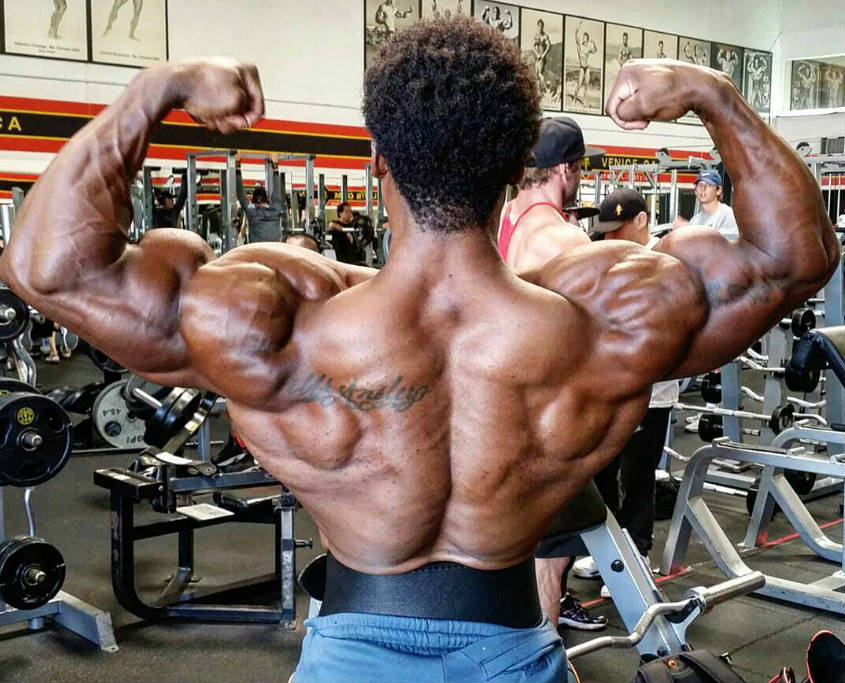 When Breon first started in the sport, he began to research bodybuilding nutrition a lot. He read a variety of books and online pages, but ultimately decided that he would find the diet that worked or him.

In the off-season, Breon likes to eat a lot of healthy carbs such as brown rice, sweet potato and yams. He doesn’t count the grams of protein that he eats on a daily basis, but cooks a lot of lean meat such as chicken and turkey.

When it comes to other foods, Breon enjoys eating fish such as salmon, tuna and cod.

Breon admits that cheat meals occur quite frequently throughout the off-season. He loves to eat pizza, burgers and fries, usually following them up with desserts such as cheesecake. 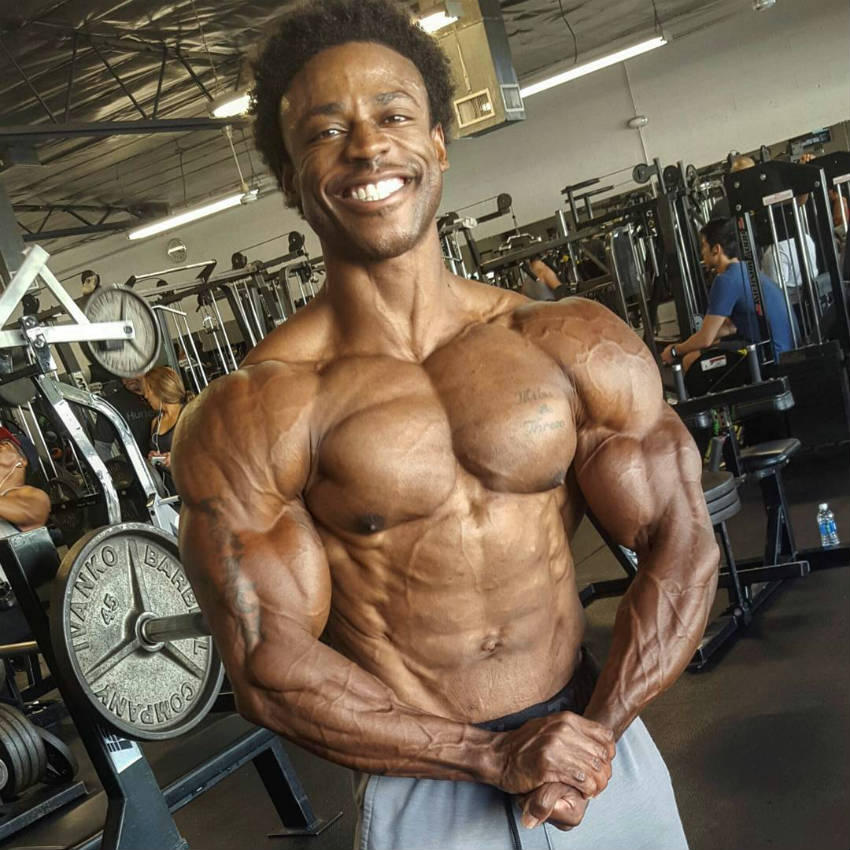 One of Breon’s main idols is Shawn Rhoden. He believes he has a similar frame and aesthetic to Shawn, so looks to achieve a similar level of success.

As well as these professional idols, Breon is also influenced by his family and friends. Without their support, he says it would have been much harder to achieve what he has in such a short period of time. 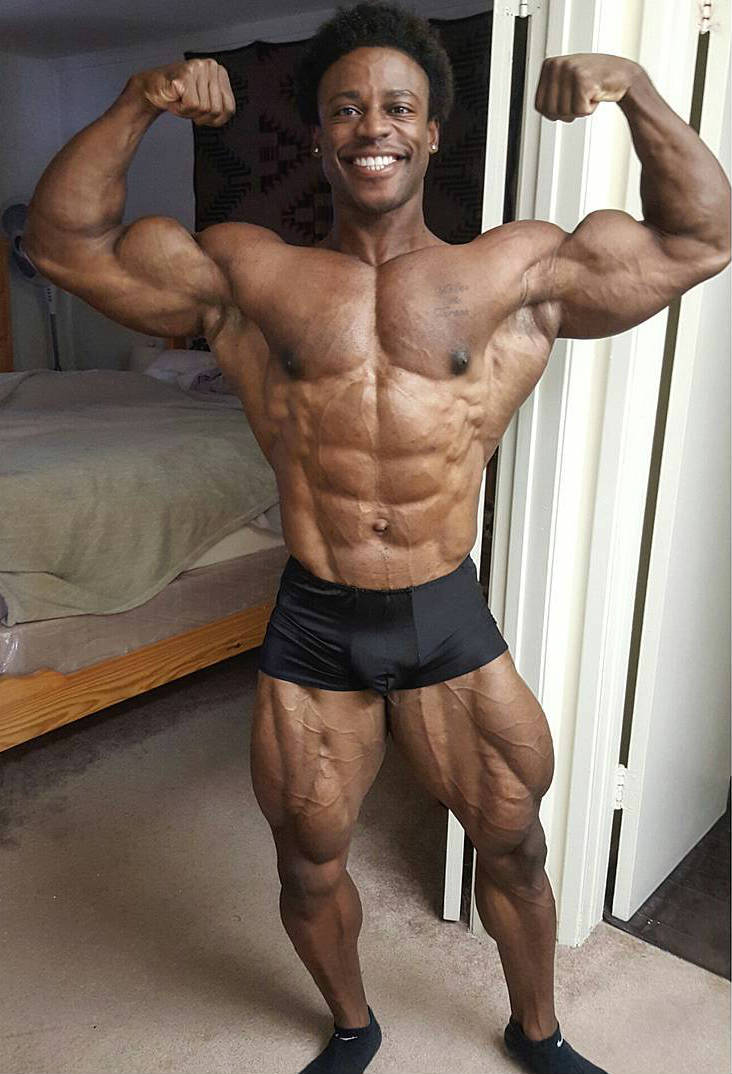 What we can learn from Breon Ansley

Breon Ansley has shown that dedication and perseverance can take you to great places. In just a few years, he became a professional bodybuilder and landed a 1st place position at the New York Pro.

If you want to make improvements in your own fitness journey, show the same level of determination and who knows where you could end up.