Brandon Budlong, also known as Brandonfitfoodie, is a bodybuilder, fitness coach, and entrepreneur from America.

Brandon first tasted the life of a competitor in 2013. That year, he took 8th place in his debut, followed by 2nd and 1st place respectively in his next two shows.

Through dedication in the gym, and out of it, he’s reached the pinnacle of his career. Although Brandon loves to compete and win shows, he looks at fitness as a team sport rather than an isolated activity.

He’s inspired by seeing other people achieve their dreams, which is one of the reasons why he loves to share his advice with fans on social media. 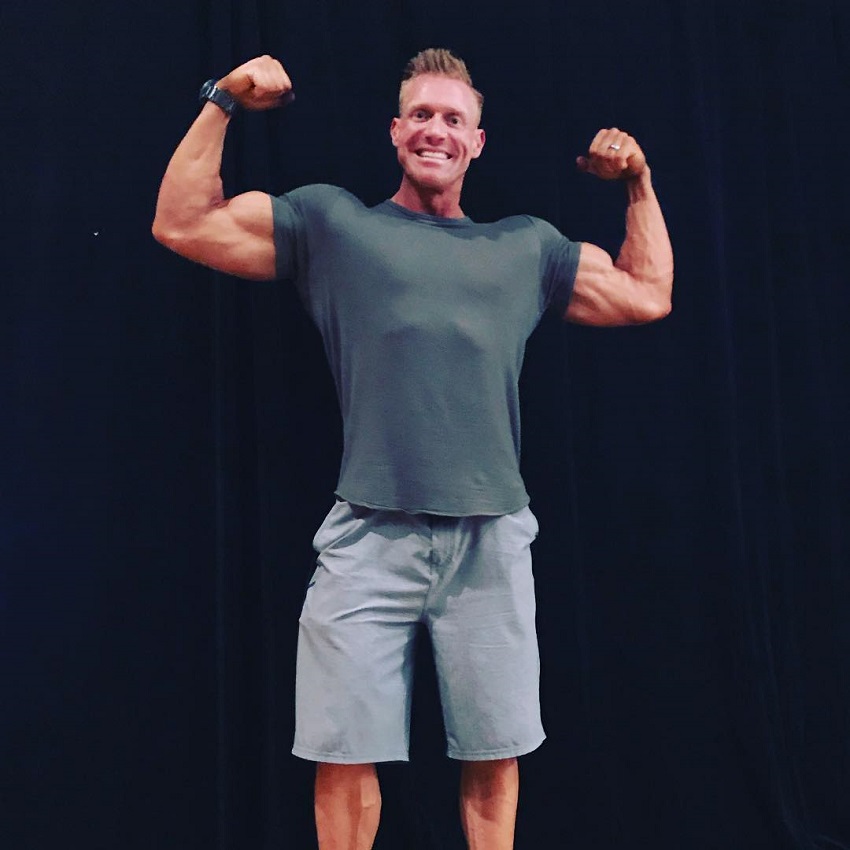 “I’m inspired by positivity. Anyone who has a positive outlook on life inspires me to be a better person.” 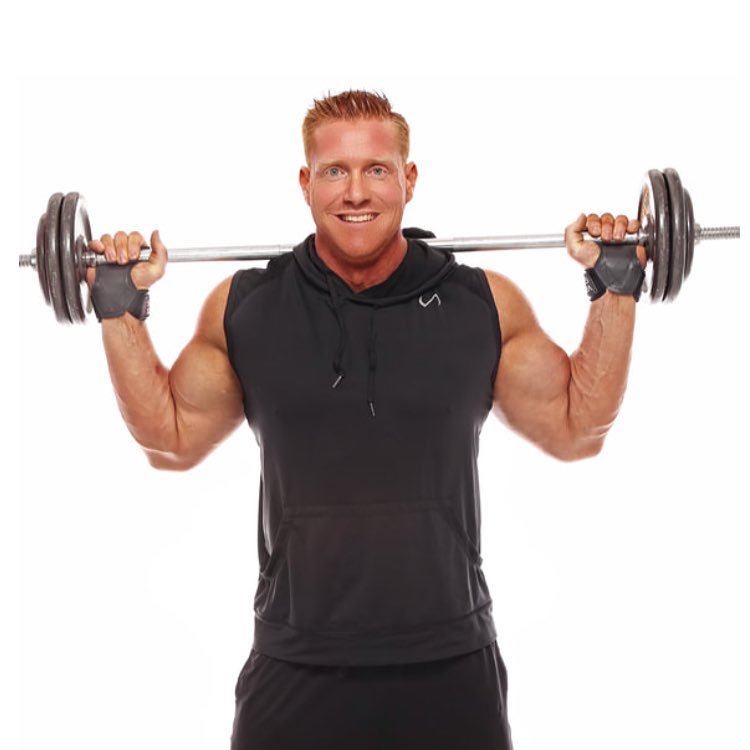 “One of my pet peeves is when people ask for advice and do not follow through with it. “ 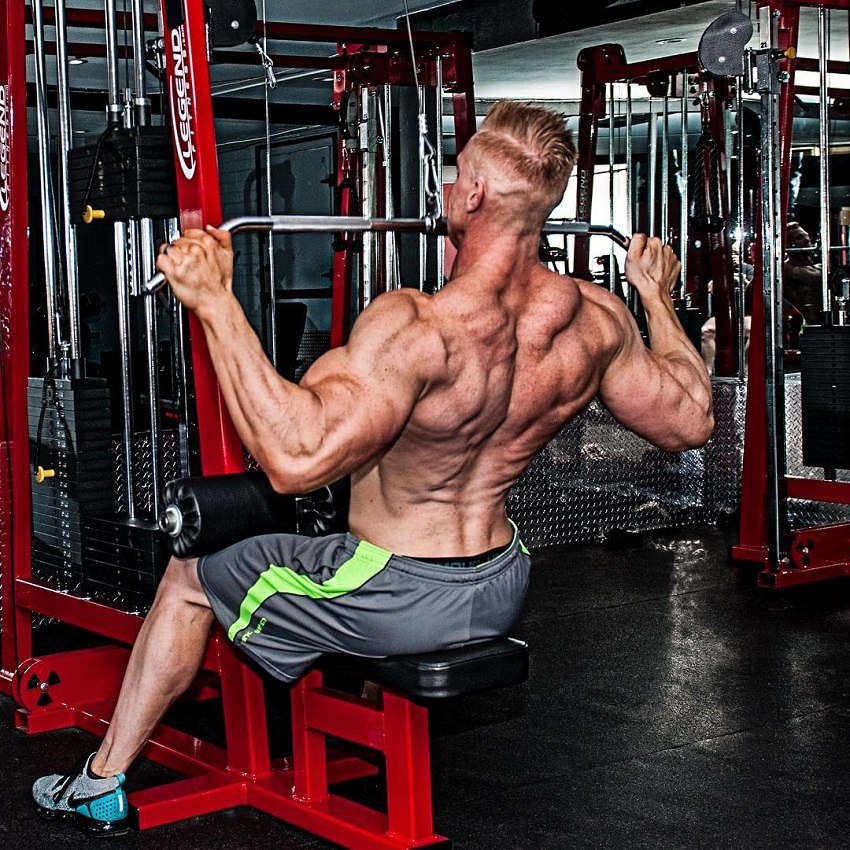 Born and raised in Phoenix, Arizona, Brandon Budlong wasn’t always intending to be a bodybuilder.

As he played sports through his youth, Brandon’s goal was to become a professional athlete.

However, the luck wasn’t on Brandon’s side – he picked up quite a few injuries over the years, which forced him to abandon his dream.

As devastating as his injury situation was, Brandon didn’t let it bring him down. He was eager to keep pushing forward and pursue new avenues in his life – mainly, fitness competitions.

By this point, Brandon regularly visited the gym, not just to speed up his recovery from past injuries but also because of his growing passion for the lifting sport. Eventually, he turned what was initially just a hobby into a full-time job.

Brandon soon realized that he wanted to reach the bodybuilding stage. This gave him the purpose and motivation to keep improving himself in the gym; allowing him to take his progress to a whole new level.

In 2013, after years of recovery and hard work, Brandon made his debut as a bodybuilder. The show was called Western Regional Championships, and Brandon finished in 8th place.

Less than two years later, Brandon appeared in his next show – Europa Phoenix 2015. This time he came in superior shape, which saw him win the 1st place trophy.

By 2018, Brandon had added a number of achievements to his list, along with becoming a name to watch out for on social media. 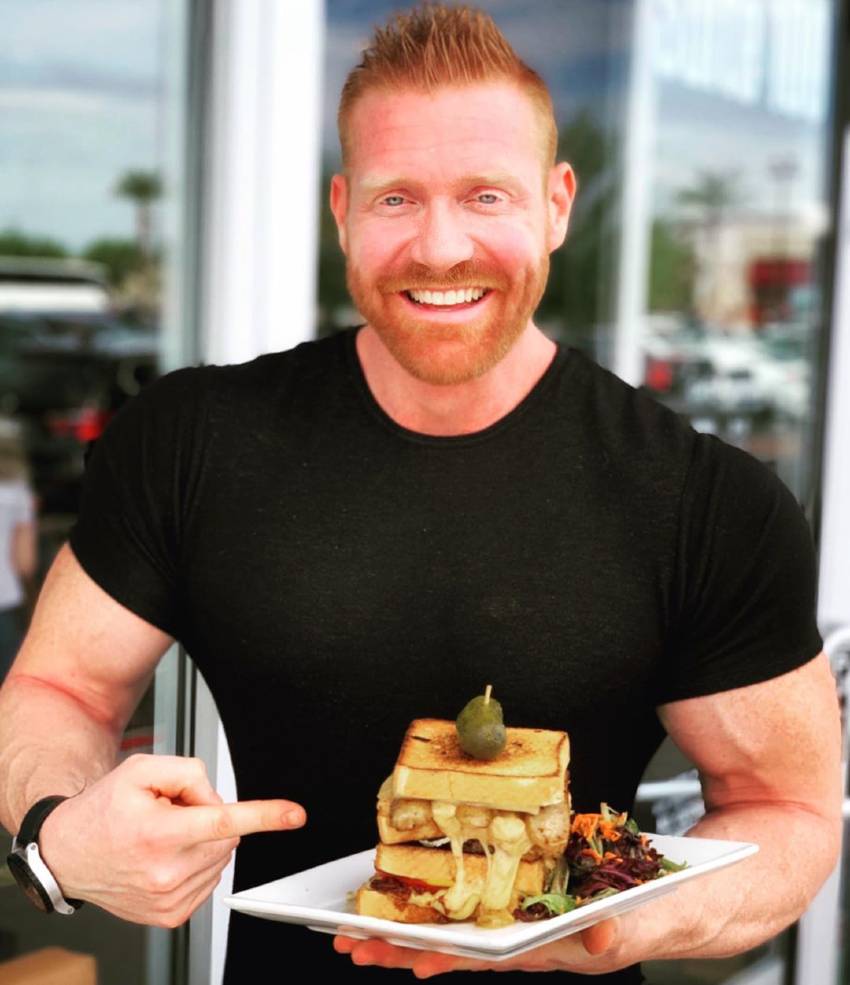 Brandon lifts weights every day. However, he doesn’t always lift as heavy as he can. Instead, making every rep count by focusing on the mind-muscle connection.

Pushing through those last couple of reps, at the end of every set with a controlled form. This is what helps Brandon reshape and refine small details of his physique – which is really important during his competitions.

To win a bodybuilding show, Brandon will do “whatever it takes”. This includes training harder than anyone else. Sometimes when preparing for a show, he’ll even train two times per day.

For Brandon, keeping up with his intense routine is not a problem at all. In fact, he says if there’s one thing he can’t live without, it would be the gym. 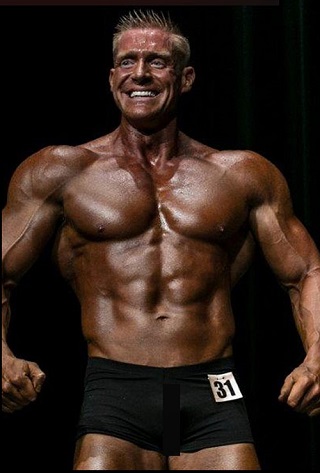 While Brandon loves to train hard, he doesn’t advise everyone to do exactly what he does. He recommends taking a rest day here and there to let the body recover. But for him personally, bodybuilding is such a huge passion that he finds it difficult to skip training.

Brandon likes to change his workouts often, so his training plan can change from day to day. 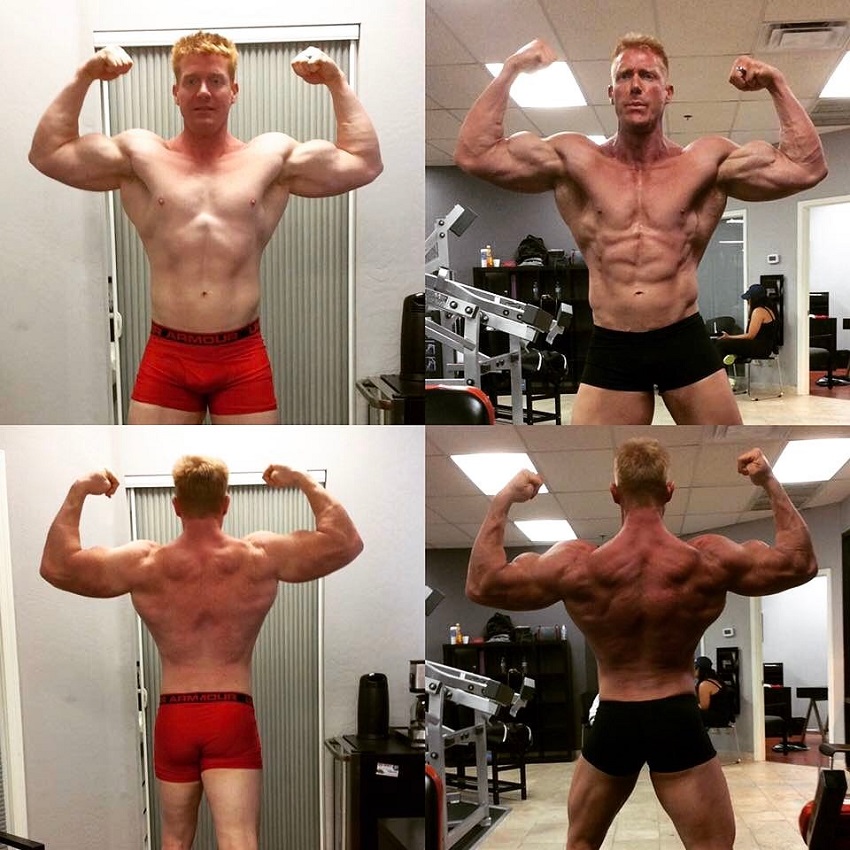 As for his nutrition, Brandon focuses on quality foods with high nutrient density. Not only does he ensures he gets all the macronutrients, but also vitamins, minerals, fiber, and antioxidants. These not only keep Brandon lean and strong but also support his health as an athlete.

First thing in the morning, Brandon will have one of his detox drinks. The ingredients might include spinach, kale, bananas, and other fruits and vegetables. He’ll have it on an empty stomach as this helps with the absorption of the nutrients.

His work includes seeing clients and traveling. During his breaks he’ll quickly grab a meal or a snack. Brandon aims at having 6-8 meals per day to keep his metabolism on fire.

He’ll have something high in carbs before his evening workout as this will give him more energy during his training. 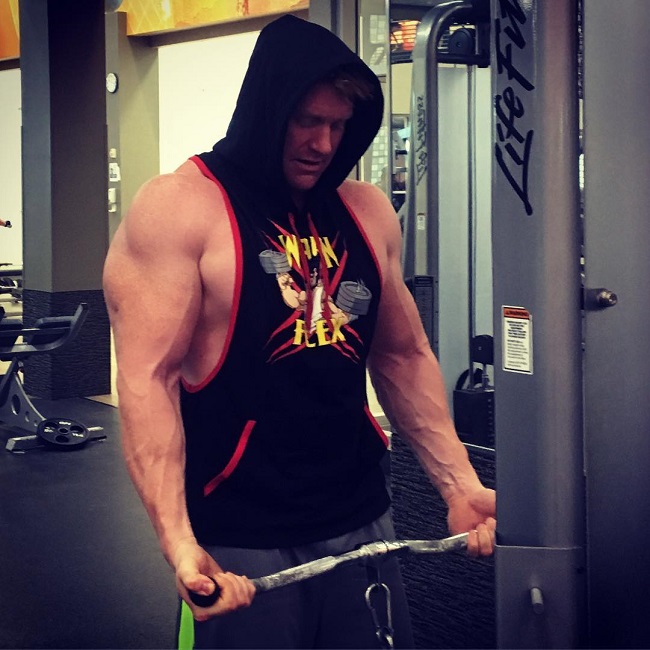 When Brandon wants to get extremely lean for a contest, he’ll naturally drop his calories. He may eat about 500kcal less than what his body needs. This starts a process where his body taps into its own reserves for energy. However, since Brandon keeps his protein high, his body won’t eat his own muscles but will burn through his fat stores instead.

Brandon doesn’t take many supplements; he tries to get what he needs from food alone.

However, sometimes when he’s traveling, it can be hard to meet his nutrient requirements. As a bodybuilder, he needs plenty of fuel to keep his physique lean and strong.

For these occasions, Brandon might rely on basic multivitamins along with a whey protein shake. While vitamins help to support his overall health and wellness, a protein shake keeps his body in an ‘anabolic’ state where it’s not wasting muscle. 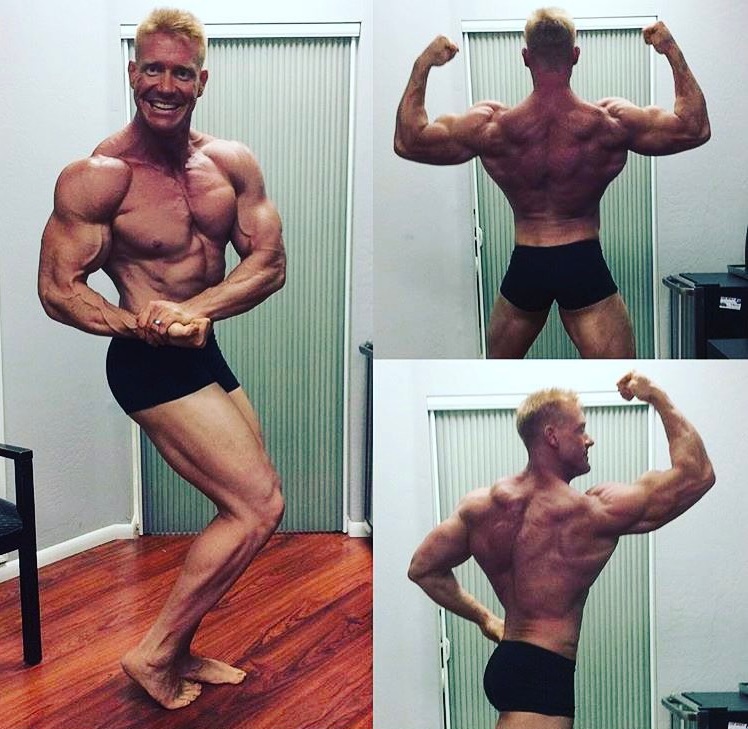 The main source of motivation for Brandon is his family and friends. He says they are the ones that lift him up when he’s down, and help push him past his limits to be the best he can.

Brandon says that if he could have dinner with anyone, it would be Arnold Schwarzenegger. “Not because of his movie career but because of his knowledge in business and bodybuilding,” he added. 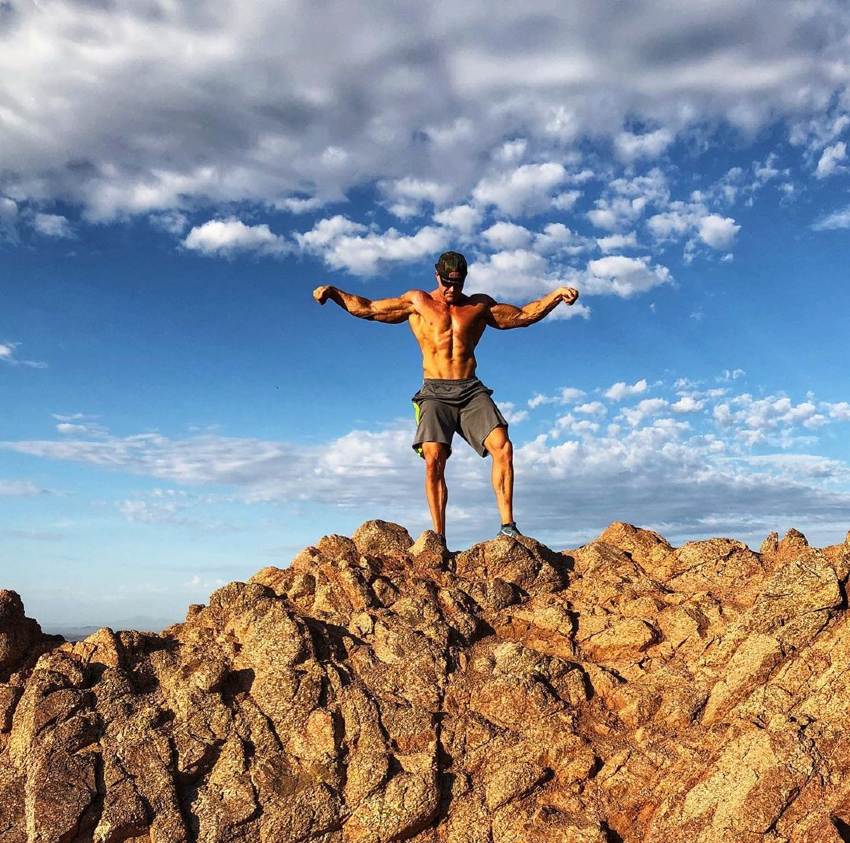 What we can learn from Brandon Budlong

Brandon Budlong is a big fan of fitness and bodybuilding.

Ever since he’s discovered it, he’s been hungry to achieve success and be the best Men’s Physique athlete on the stage.

But one trait that stands out about Brandon, is that he rarely ever takes rest days. Bodybuilding is such a huge passion for him that there are no rest days in his schedule.

Something we can learn from Brandon is that once you find your true passion in life, it won’t feel like work. In fact, you’ll look forward to living your passion day in and day out.

Another lesson that Brandon taught us is to never let anything prevent you from reaching your potential. Brandon wanted to become a professional sportsman in his youth, but due to injuries, this wasn’t possible. However, he’s never given up, and through fitness and bodybuilding, he’s found a completely new passion in his life.