Brandan Fokken is an American Men’s Physique competitor hailing from South Dakota. From baseball to American football, Brandan was a passionate athlete throughout his youth.

He started to train in the gym towards the end of his days in high school, with the intention of building his performance within competitive sports. With a keen interest in bodybuilding, Brandan set out to to build an incredible physique – just like his bodybuilding icon Arnold Schwarzenegger.

However, he failed to make progress due to his lack of fitness knowledge. By the time his days in high school were over, that all began to change. Because Brandan learned more about training and healthy nutrition, it didn’t take long for him to build a great physique.

Since he moved on from his poor understanding of fitness, he’s made a name for himself as a Men’s Physique competitor – earning his IFBB Pro Card in 2016. 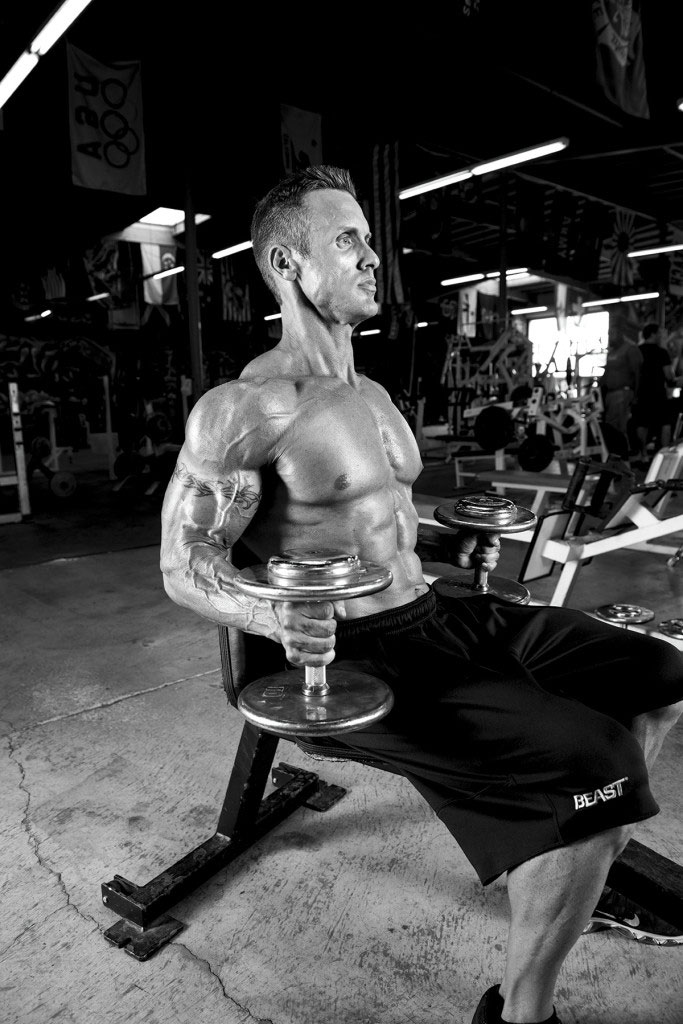 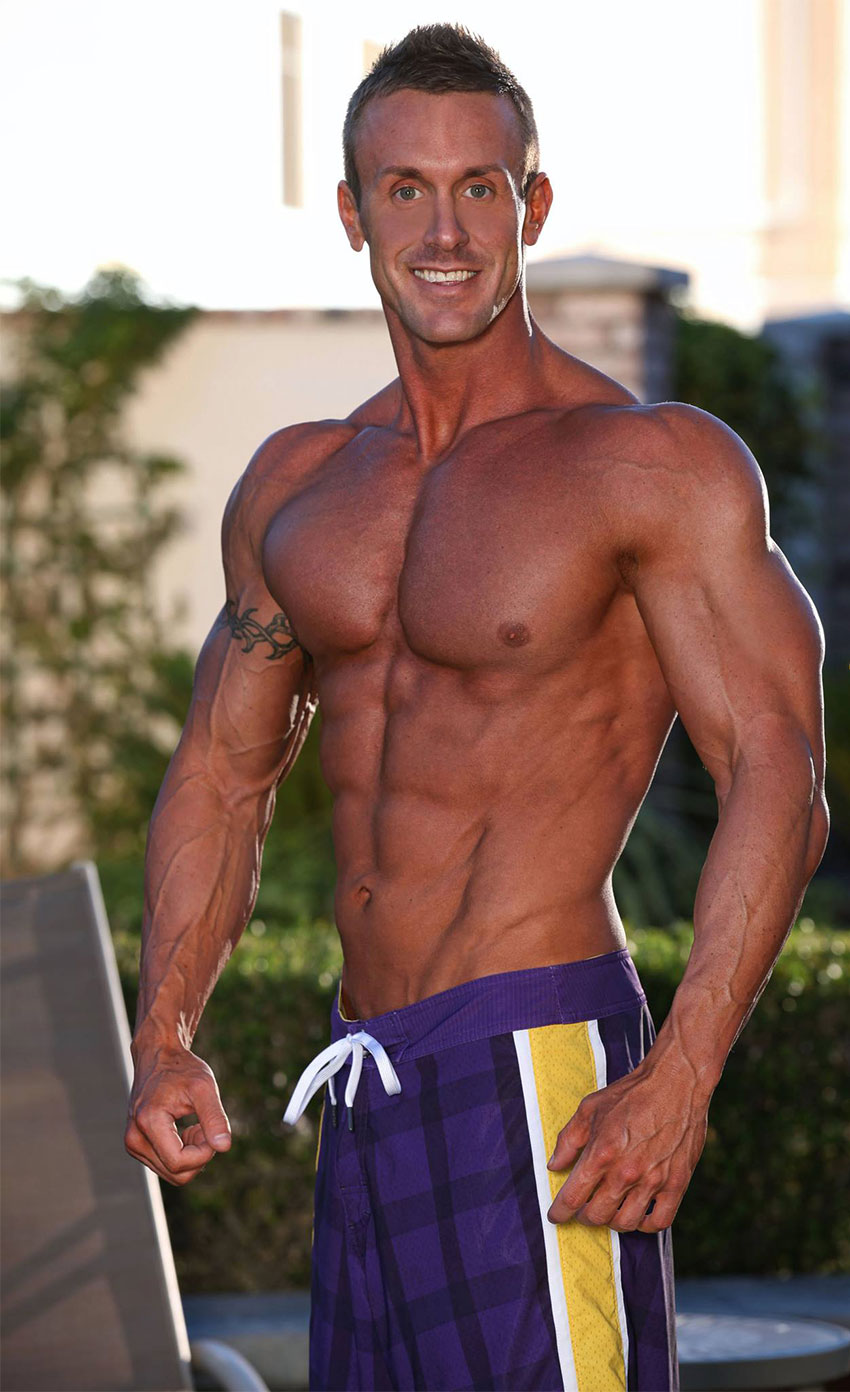 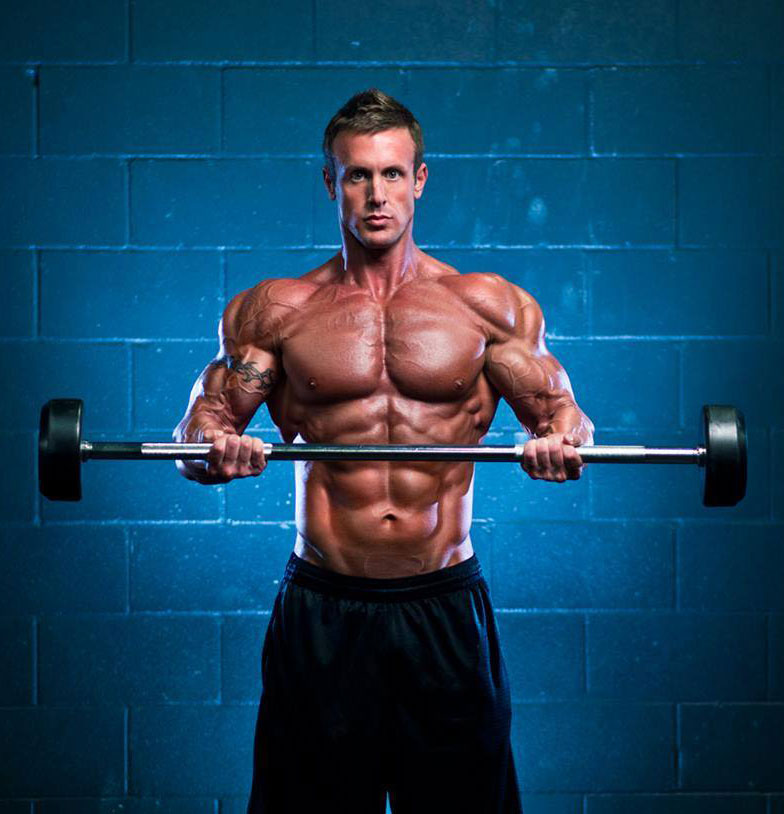 Born in South Dakota in 1979, Brandan’s passion for fitness came to light in his childhood. Highly active during his high school years, he regularly took part in many competitive sports.

Brandan aimed high to be bigger and better than everyone else in the sports he competed in. Because of this, he established himself as a formidable high school athlete. As Brandan says:

“I have loved sports my entire life and always had aspirations of being big and strong. I was a naturally gifted athlete and participated in baseball, basketball, and football, and I was that guy that even went all out in gym class”.

After a while, Brandan decided that he wanted to improve his performance as an athlete. During his youth, he admired the incredible physiques of bodybuilders such as Arnold Schwarzenegger – Brandan aimed to build a great physique just like his bodybuilding idol. It was at this point, he started to train in the gym.

However, Brandan’s poor understanding of strength training and nutrition proved to be a major roadblock. During this time, he placed all of his focus on working on his chest, neglecting most of his other muscle groups, along with paying little attention to his diet. Because of this, he struggled to build muscle when he first started to lift weights.

When Bodybuilding Became a Passion

In order to increase his fitness knowledge, Brandan began to research training and dieting methods that would result in lean muscle growth. After learning more about correct lifting techniques and healthy nutrition, Brandan put his newly-learned fitness expertise to the test. From then on, he soon began to make significant progress in the weights room.

Brandan soon fell in love with bodybuilding. His hard work and dedication allowed him to build a phenomenal physique – making his days of naivety in the gym a thing of the past.

Because of his excellent progress, Brandan decided that he wanted to build upon his sporting beginnings to reach the bodybuilding stage. By 2010, Brandan achieved just that. 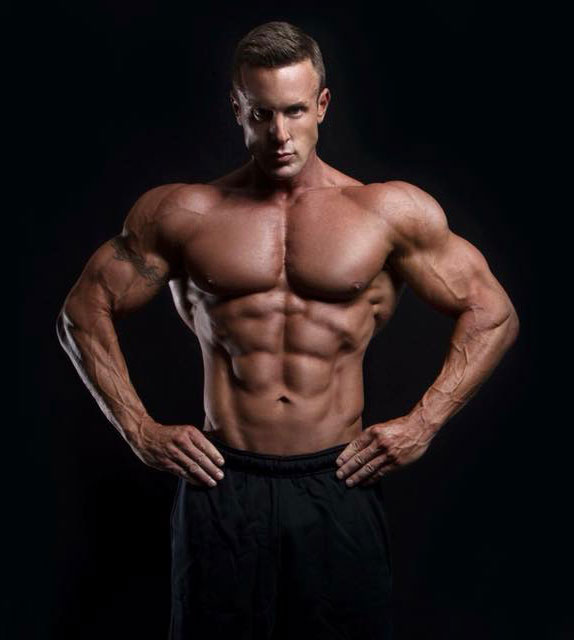 Brandan entered the 2010 Fargo Upper Midwest competition to begin his competitive bodybuilding career. He finished in 3rd place in the heavyweight division – a respectable result for his first appearance on the bodybuilding stage.

After a while, Brandan came to the realization that bodybuilding wasn’t the career he was looking for. Instead, he turned his attention to the Men’s Physique division. Here’s Brandan talking about his decision to make a change in his fitness career:

“You will always have the die-hard bodybuilder fans who want to see a mass monster, but I was never going to be a pro bodybuilder”.

In his quest to earn his IFBB Pro Card, Brandan’s thirst for success reached the ultimate conclusion in 2016 – entering the IFBB Pro circuit to take his fitness career to the next stage.

Brandan has made his mark on the fitness industry over the years – becoming a fitness model, published writer, as well as a sponsored athlete for many companies. Thanks to his passion for health and fitness, he’s become a source of inspiration for people all over the world. 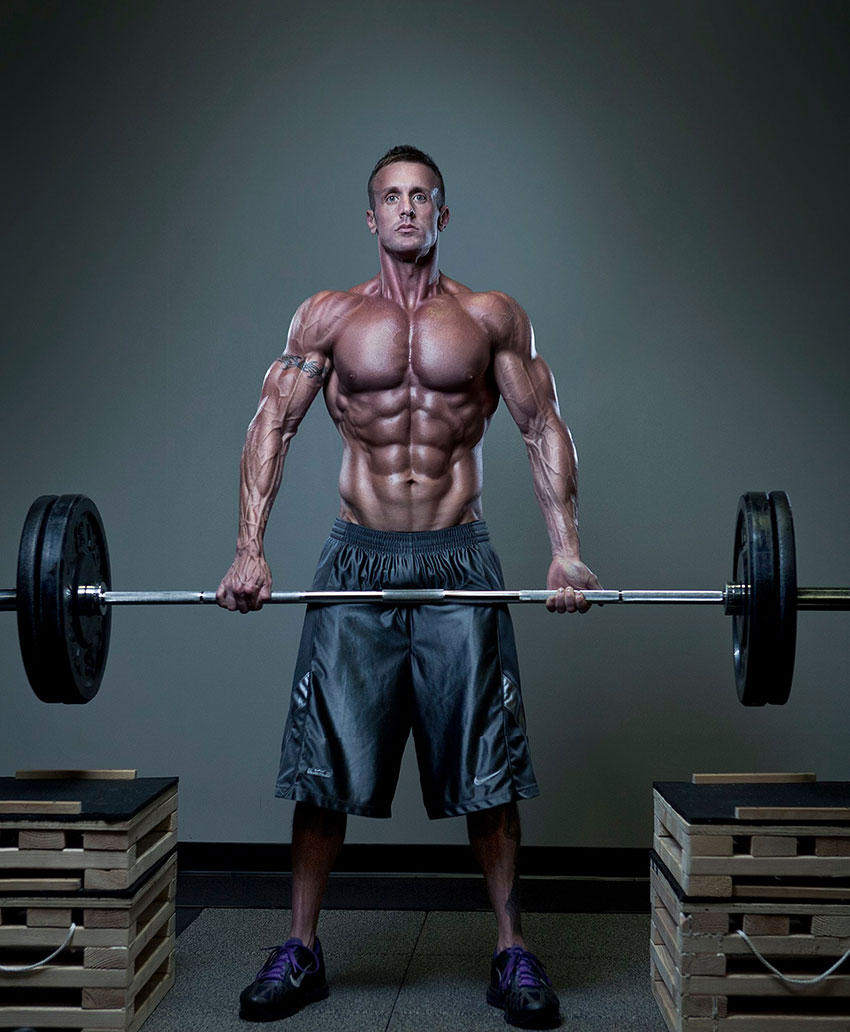 Brandan aims to maintain his shredded physique, regardless of whether he’s competing or not. In order to achieve this goal, he performs high intensity fasted cardio in the mornings, usually consisting of a 30-45 min session, 5- 6 days a week

Brandan prefers to use free weights and cables as opposed to dedicated exercise machines. Despite this, he utilizes machines for certain exercises, usually towards the end of his workouts. As Brandan says:

“I personally like free weights the most. I feel the weight more and can hit the muscle at angles that a machine just can’t duplicate. If I had to choose in order of what I would use in a gym, I would say free weights, cables, and then actual machines”. 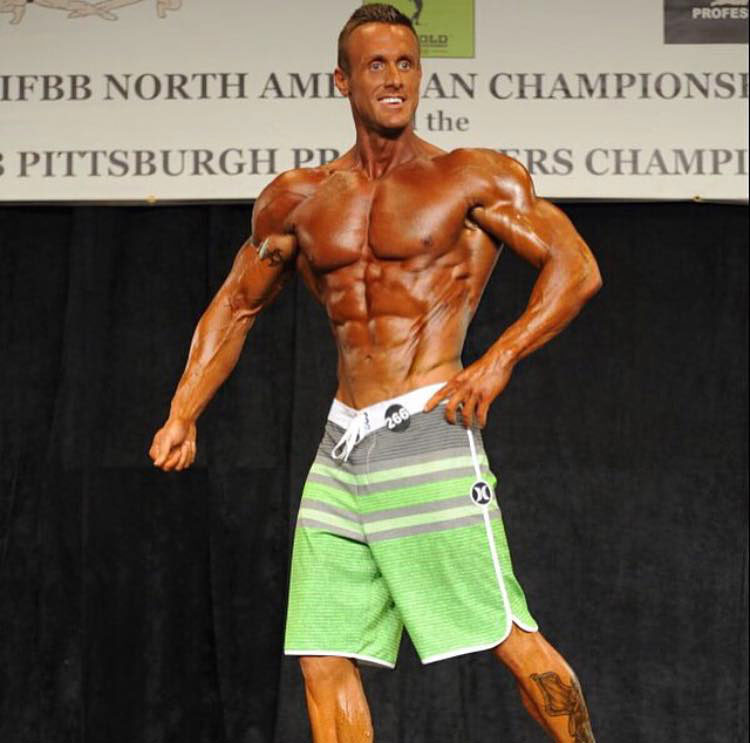 Brandan pays attention to his overall diet, to ensure that his body absorbs essential muscle-building nutrients. He has a preference of eating lean protein, along with complex carbohydrates, healthy fats and vegetables.

Here’s a list of the supplements which Brandan uses regularly to keep his body in top shape: 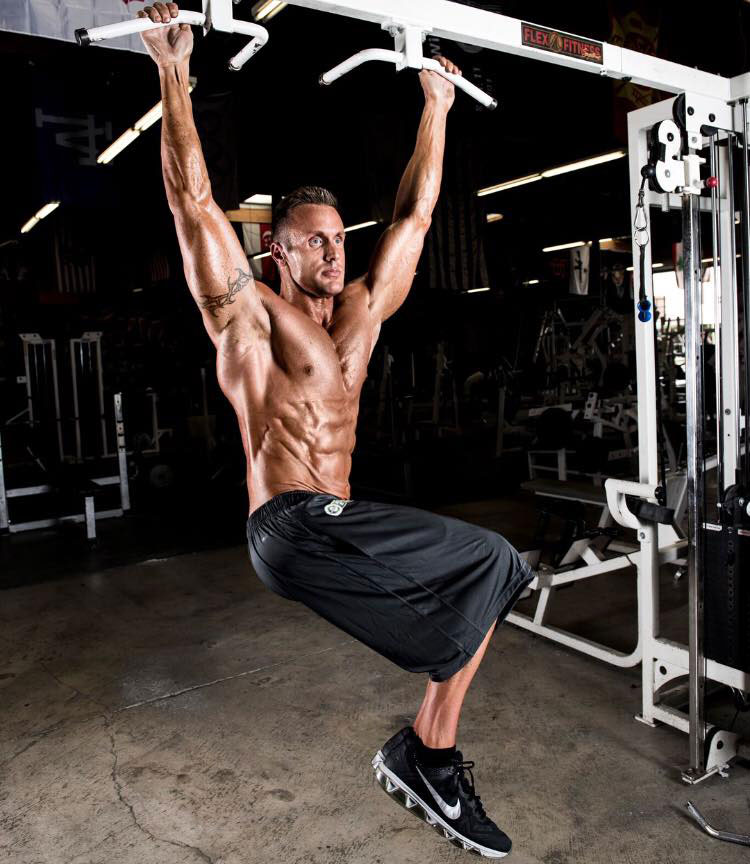 “A major reason I stay so involved in all aspects of fitness other than for the challenge, is to show people that anything is possible; with hard work and determination, you can ultimately do whatever it is you want in life. The only person that can tell you that you can’t is you and you don’t have to listen!”.

Arnold Schwarzenegger has been one of Brandan’s biggest influences ever since he was a child. When things weren’t quite going to plan during his early days in fitness, Brandan followed the example of his bodybuilding icon as he kept pushing forward. Here’s Brandan talking about his fitness icon:

“Arnold is my all-time favorite. His physique was out of this world. Arnold in my opinion is the father of modern bodybuilding, and is an example of what I try to follow. Arnold truly is the American dream; he came to America barely even able to speak English. He succeeded in everything that he went after, bodybuilding, acting, real estate mogul, Governor, etc. I think that Arnold had a great understanding of what the human body is capable of and knew that with a strong mind he could achieve, and has achieved everything he set his sights on”.

Brandan also takes inspiration from those who are confident in themselves, no matter how far along in their fitness journey they are. As Brandan says:

“I admire anyone who has self-confidence; someone who goes against what others tell them they have to do to do what they feel is right. You can be inspired by athletes who are total beginners to the most advanced. You just have to open your eyes and be open to it”. 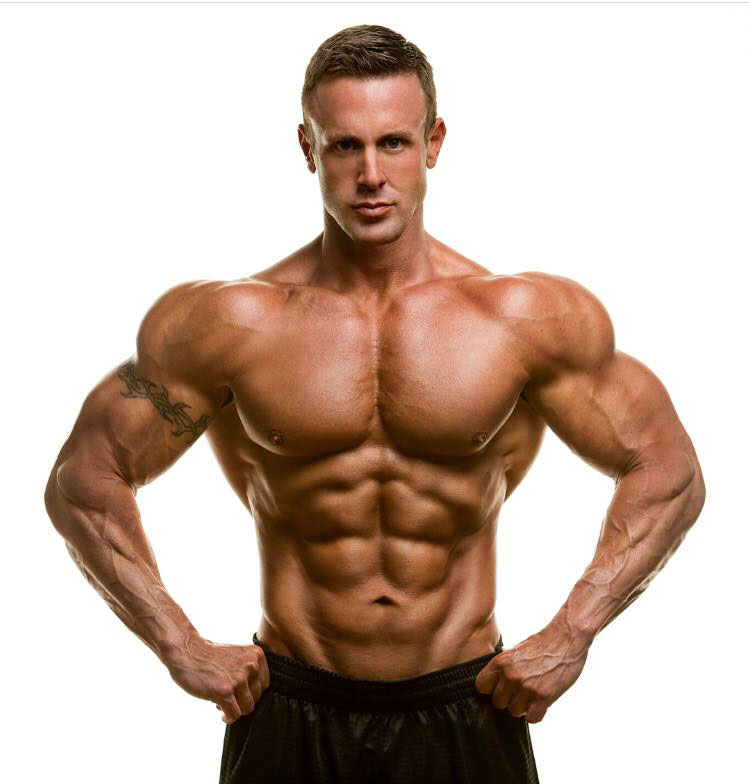 What we can learn from Brandan Fokken

What we can learn from Brandan Fokken is; he took inspiration from his bodybuilding icons to build an incredible physique. After several years of trial and error, Brandan came to the realization that hard work and determination are the key to achieving greatness within fitness.

In the words of Brandan: “Don’t try to be just like someone else – that’s a recipe for failure. It’s OK to look up to, learn from, and be inspired by others, but don’t put yourself below them and assume they are better than you, be you. Blaze your own trail! You can accomplish anything you want with a strong mind, strong goals, and hard work. So if you want something, go get it” – Brandan Fokken