Brad Rowe is an IFBB professional bodybuilder, sponsored athlete, and fitness model hailing from New Hampshire, USA. Earning his IFBB Pro Card in 2013, he was able to become a success on the bodybuilding stage.

Throughout his childhood, he began horse riding after taking influence from his father. Ever since then, an adventurous lifestyle was something that Brad craved. By the time he reached high school, he branched out to become a formidable athlete in competitive sports such as American football, basketball, and baseball.

Fast forward to his graduation from college, financial difficulties meant he had to cut short his time at university. From then on, Brad sought a new challenge in his life – it was at this point, he turned to the bodybuilding stage.

Eventually, he moved to California to train at Gold’s Gym in Venice. Ever since then, his fitness career has excelled – becoming a personal trainer and social media celebrity in the process. 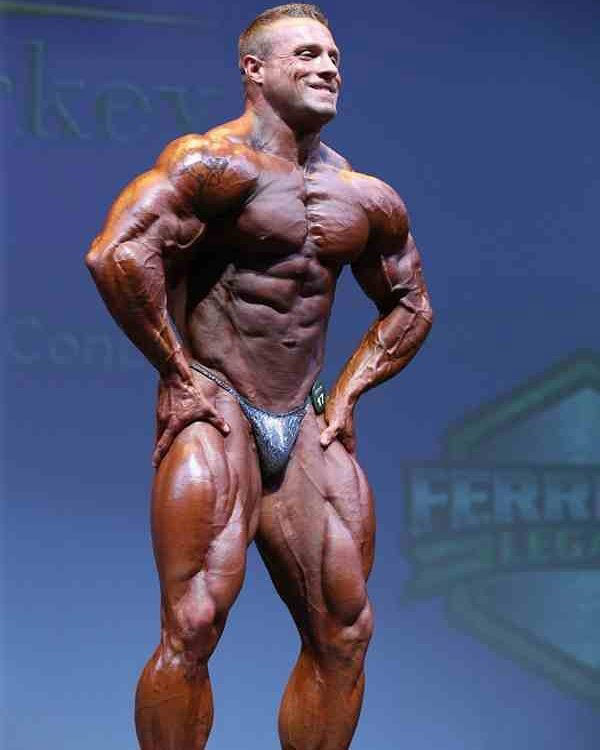 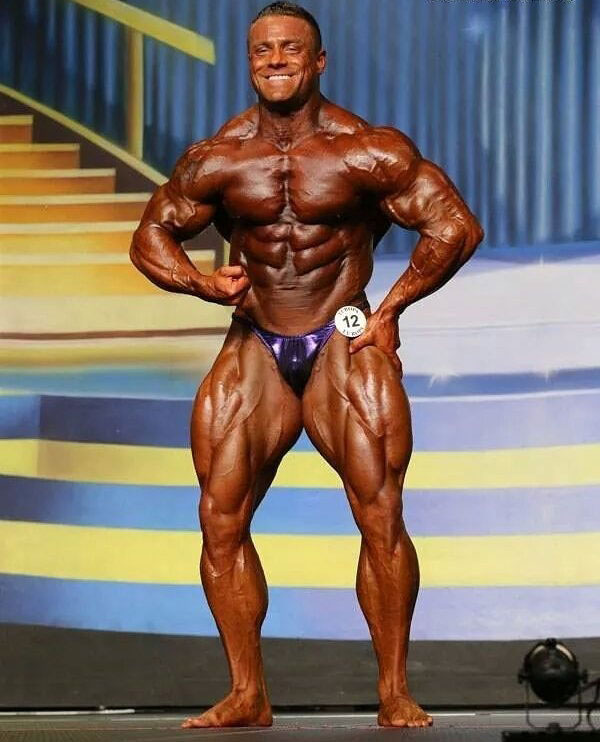 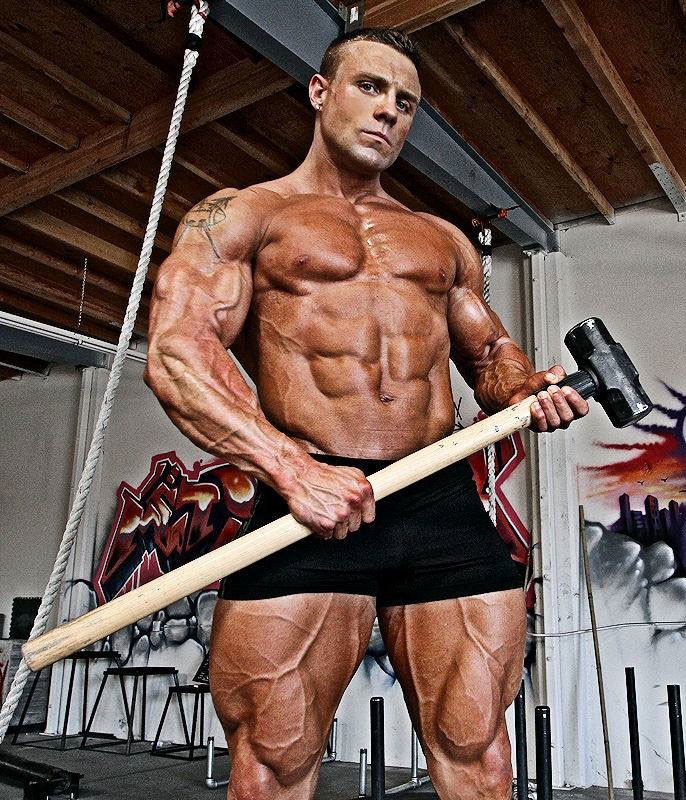 Competitive from the Start

Brad Rowe was born in July 1983 in New Hampshire, Massachusetts. An adventurous lifestyle was something that he craved from an early age – starting horse riding with his father throughout his childhood.

By the time he reached junior school, Brad began to play competitive sports such as baseball and basketball. These were sports that allowed Brad’s adventurous personality to really shine through.

Throughout his time in high school, Brad discovered a new passion in his life – American football. He quickly fell in love with the sport – giving his all so that he was able to continually improve his performance on the playing field.

Eventually, Brad began to take part in wrestling and running track – highlighting his love for competitive sports. After his graduation from high school, Brad then decided to focus on American football. However, this would prove to be a costly decision, when he suffered an ankle fracture which left him sidelined for several months.

As a result of his injury, Brad was unable to take part in sports for a long while. Consequently, Brad’s levels of fitness were negatively impacted because of a lack of playing time.

However, Brad was able to bounce back to resume his American football playing days, training hard to build up his strength in the gym. It was at this point, Brad set his sights on gaining a scholarship at the college he wished to study at. But, things didn’t quite work out the way he had planned – failing to make the cut for the scholarship.

Despite this, Brad went on to study at Marist College in New York. From then on, Brad was able to pursue his sporting ambitions at the same time as studying biology. It was at this point, Brad began to build a reputation as a formidable American football player.

Four years later, Brad graduated with a BS in biology. At this point, he went on to study at Drexel University with ambitions of going to medical school. However, by the end of his one year course, Brad realized that he wasn’t in a financial position to continue with his studies. Because of this, Brad then decided to take a different direction in his life – he then found bodybuilding. 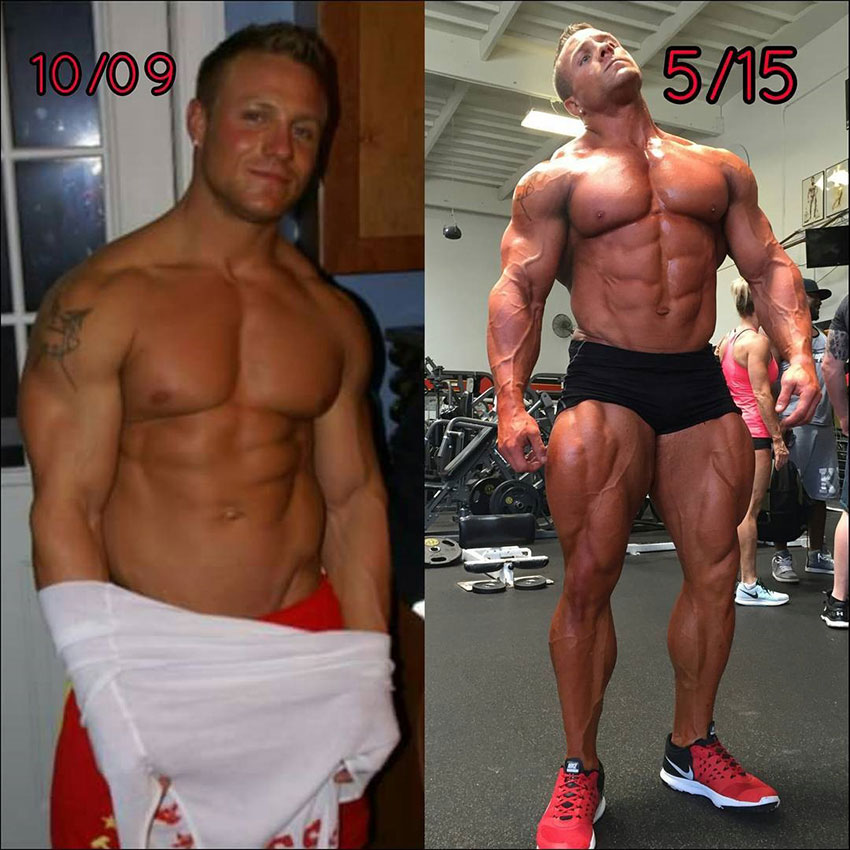 Brad was discovered online by an agency after they came across some of his photos. It was at this point, Brad relocated from New Hampshire to Jersey City to pursue a new career in fitness modelling and acting.

Soon enough, Brad was encouraged to turn to the bodybuilding stage by his agent. As a result of his time playing football, Brad had built an athletic physique. Because of this, his agent thought that if he gained size, he could become a success as a bodybuilder.

During his preparations for his first competition, Brad became a sponsored athlete. Because of this, Brad was offered the platform to take his fitness journey to the next level – ahead of his first appearance on the bodybuilding stage.

Brad entered the NPC New England Championships in 2010, finishing in 5th place in the heavyweight division. From then on, Brad was hooked – eager to continually improve so that one day, he could earn his Pro Card.

By the time 2011 came along, Brad was eager to keep pushing forward to make a name for himself on the bodybuilding stage. It was at this point, he relocated to California to give himself the best chance of achieving success in his career as a bodybuilder.

Shortly after his relocation, Brad began training at Gold’s Gym in Venice Beach. Training among like-minded bodybuilders was exactly what he needed to stay on track to continually improve his physique.

As a result of his hard work, Brad was able to storm to a 2nd place finish in the NPC National Championships in 2013. It was at this competition, Brad was awarded his IFBB Pro Card – highlighting his progression as a bodybuilder since he started out competing.

Alongside his appearances on the bodybuilding stage, Brad became a personal trainer – helping others achieve all of their fitness goals ever since. 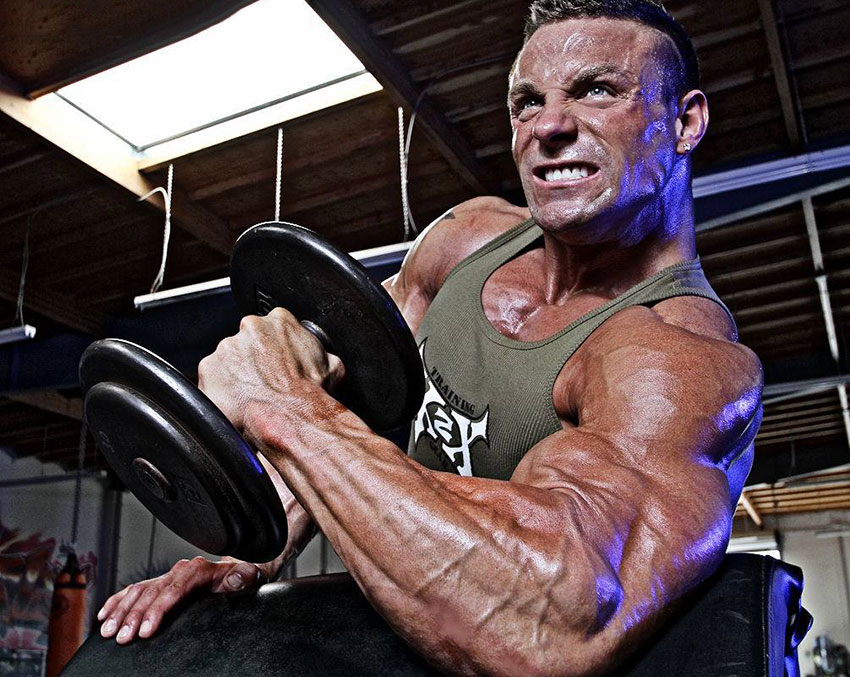 When Brad first started training in the gym, he focused his weight training on lifting heavy weights with low reps. However, Brad changed to lifting lighter weights with a higher rep range when he began training at Gold’s Gym. 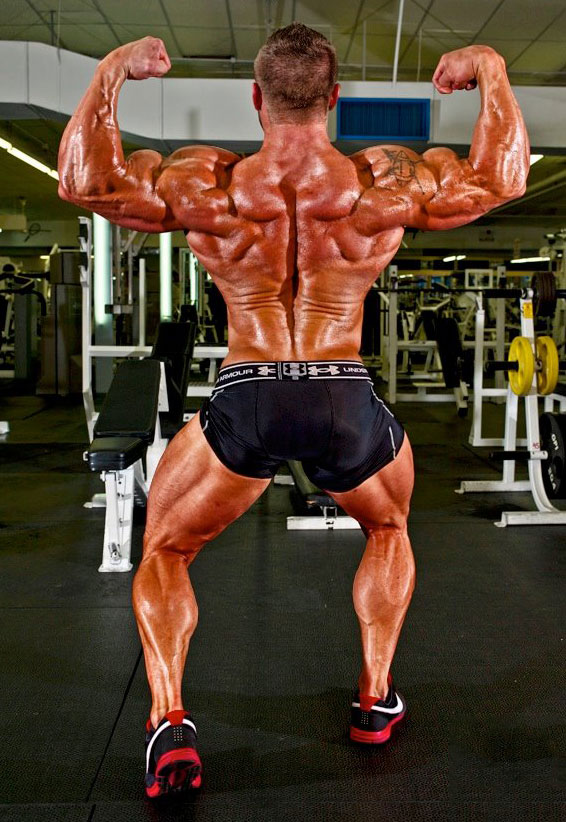 Brad follows a strict healthy eating plan during his competition preparations. It’s his aim to stay under 10% body fat, so Brad ensures that the majority of his food choices are ‘clean foods’. However, Brad eats an occasional cheat meal as a reward for his hard work training in the gym.

Here’s the meal plan that Brad generally follows in the run up to a competition: 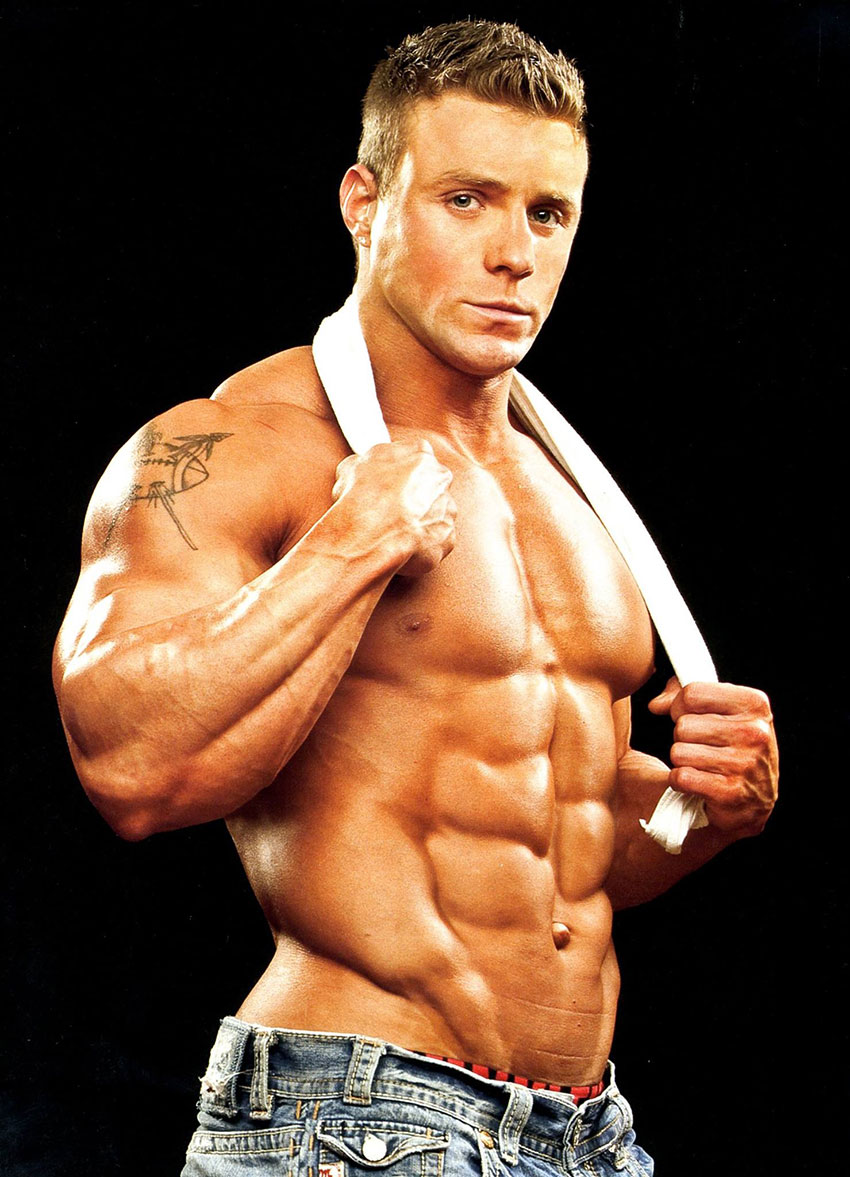 Arnold Schwarzenegger’s success as a bodybuilder is something that inspired Brad to keep pushing forward in his own bodybuilding career. Growing up, Brad admired the phenomenal physique that Arnold had built in his heyday. Ever since then, Brad set out to follow in his footsteps.

Additionally, after Brad’s relocation to California, he began training with world-renowned bodybuilder and trainer Chris Cormier. He quickly became a huge influence in Brad’s life, ensuring that he stayed focused to reach all of his fitness goals.

As a result, Brad was able to make a success out of his bodybuilding career – reaching his peak when he earned his IFBB Pro Card in 2013. 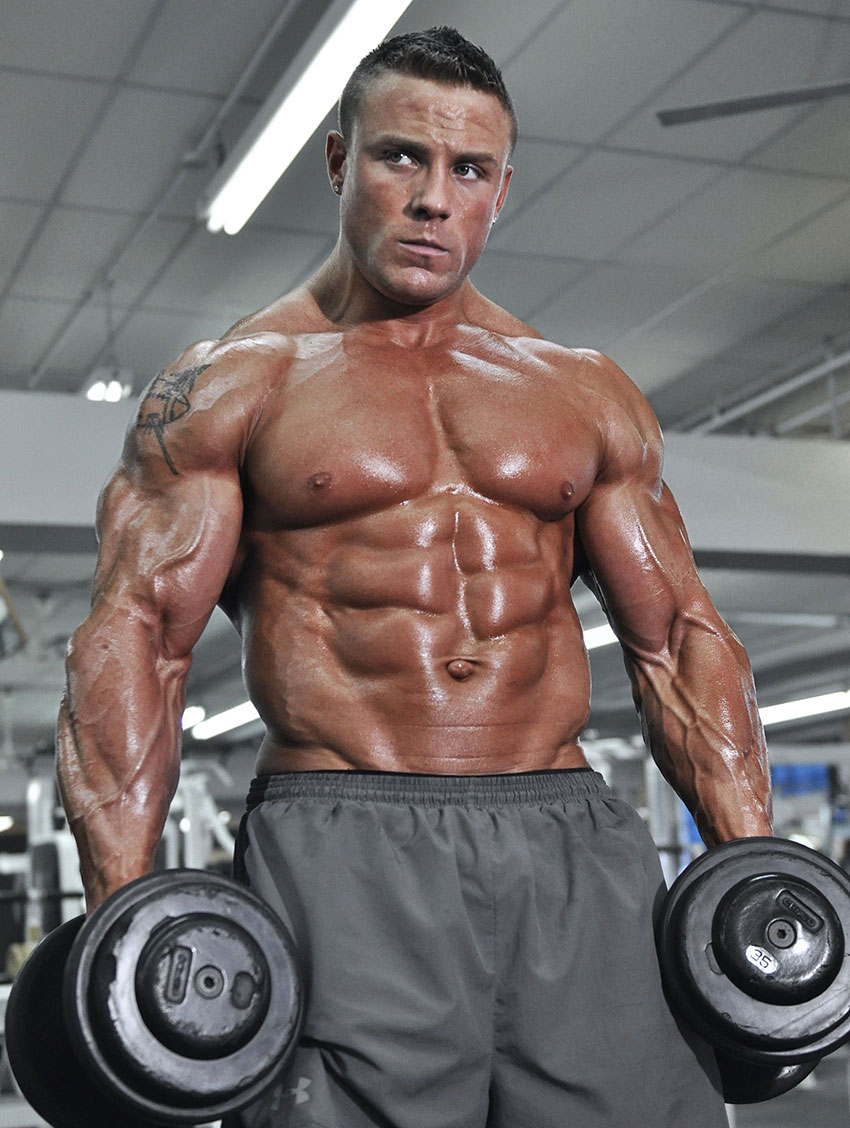 What we can learn from Brad Rowe

What we can learn from Brad Rowe is; a desire for a competitive lifestyle from an early age meant that he could go far in his fitness career. From horse riding to baseball, and from American football to bodybuilding, Brad learned to become a success no matter where his fitness journey took him.

His passionate, dedicated, and focused mindset for fitness meant that Brad was able to continually reach new heights in his life. By following his example, you might find yourself following the same path.