His first contact with weights was at the age of 18, and during that time Benjamin was playing semi-professional baseball. He quickly became hooked to weightlifting and eventually quit baseball altogether. After some time, Benjamin developed an incredible physique and started competing, winning many prestigious shows, including the Arnold Classic EU 2016, and the Dutch Nationals.

Benjamin is a representative of discipline and healthy living, inspiring many of his fans to take on challenges in life and transform their physiques. 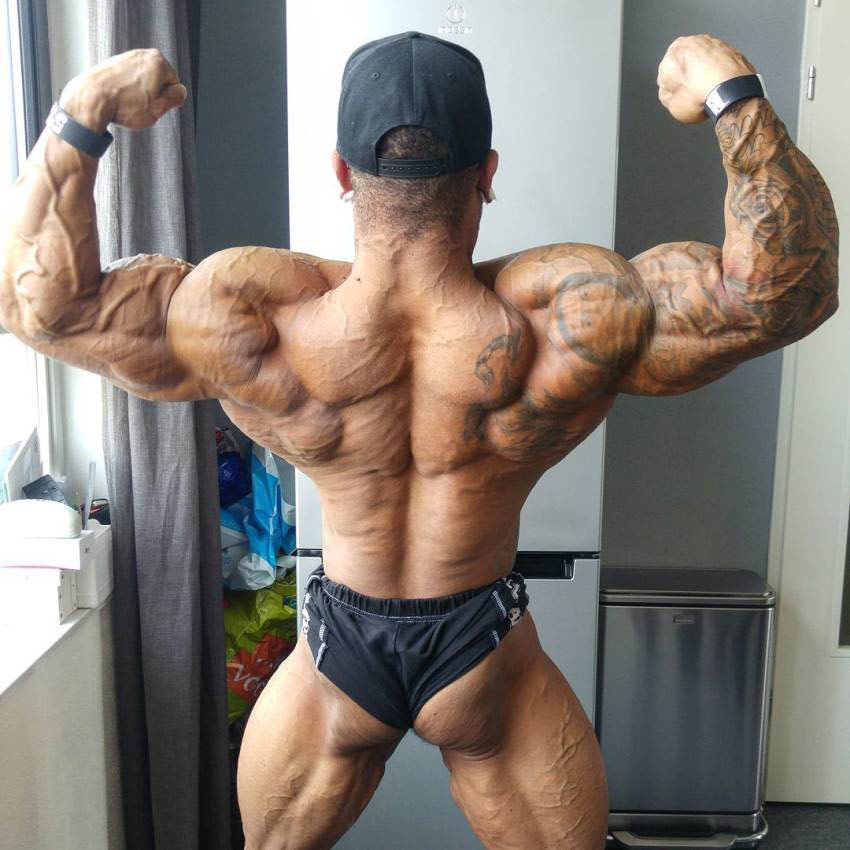 “Always take note of who supports you genuinely. Those are the people you should always keep around.” 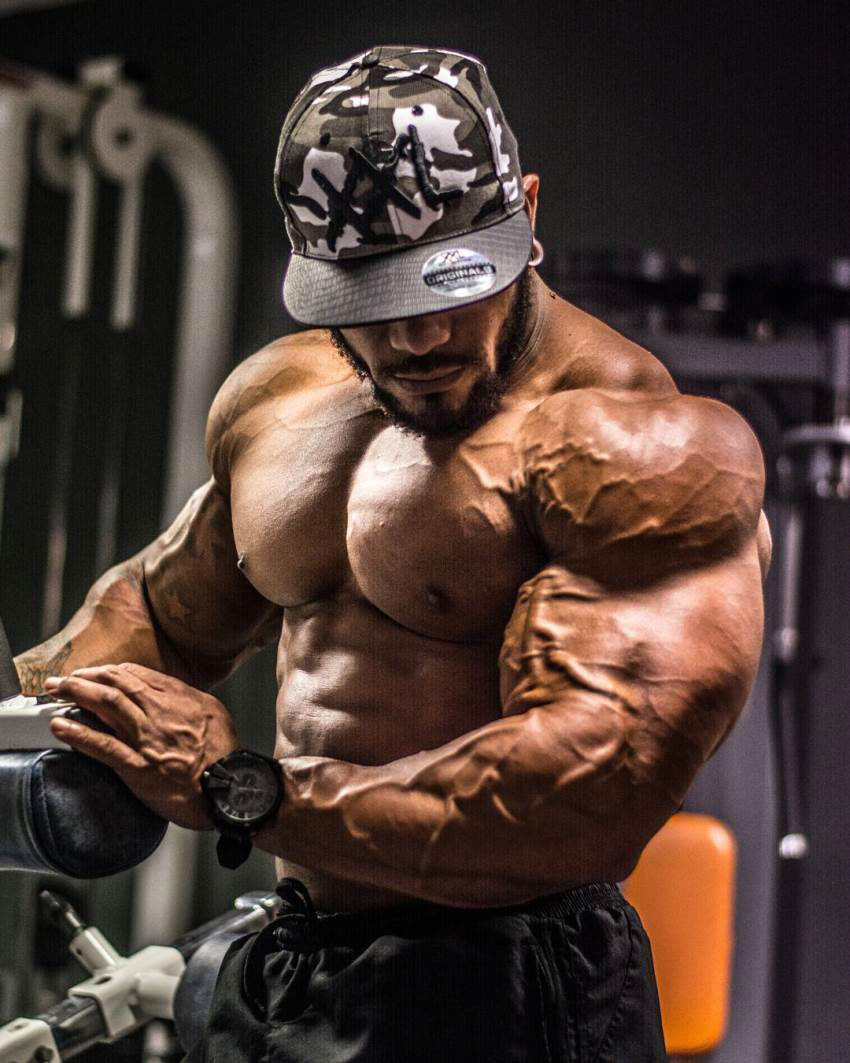 “Nothing worth having comes without a fight, you got to kick at the darkness until it bleeds daylight.”

During his bodybuilding career, Benjamin has managed to become a well-known personal trainer, professional competitor, sponsored athlete, and an entrepreneur.

He’s won the Dutch National overalls twice, and the 2016 Arnold Classic EU champion. Benjamin has gained a lot of popularity on his social media sites, where often he shares pictures of his sculpted physique. 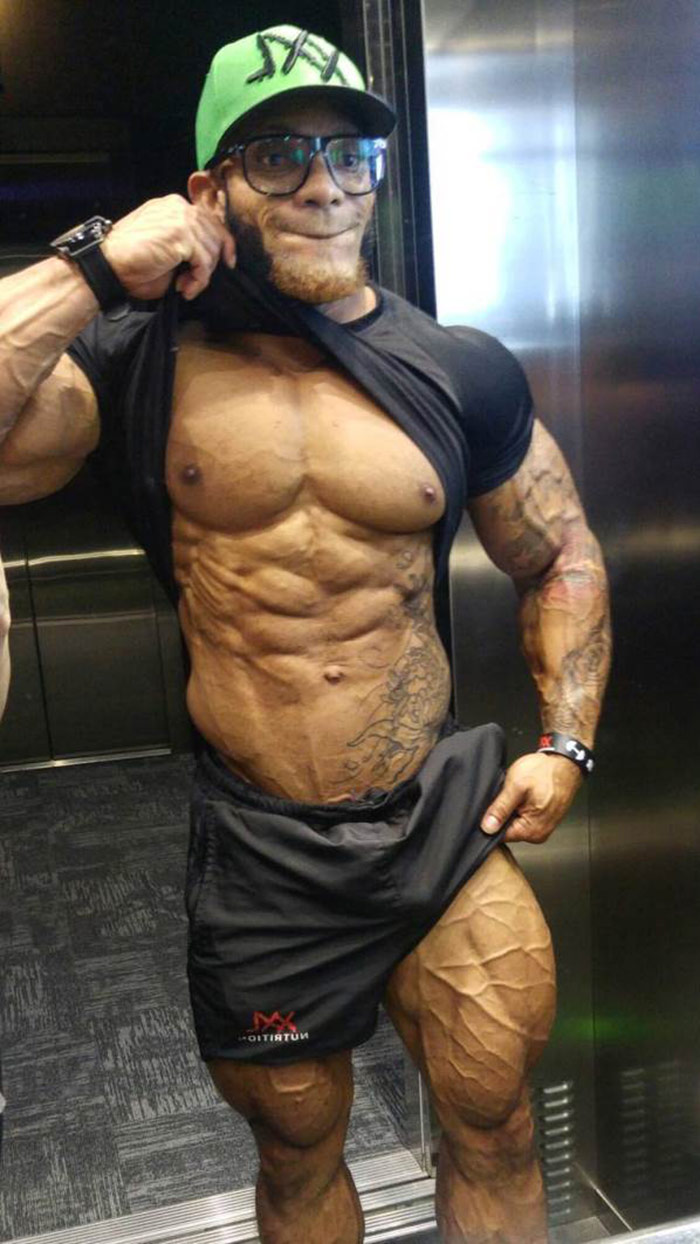 “I enjoy growing older and wiser learning from my mistakes every single day”.

From Baseball to Bodybuilding

Originally from Curaçao, a Dutch Caribbean island, Benjamin was always an athletic individual growing up. His desire to participate in sports was noticed early on by his friends and family.

By the time he entered high school, Benjamin started playing baseball and he quickly “fell in love” with it. He’d play the sport every day and it was something he thought he could make into career later on.

After some time, Benjamin started going to the gym so he could improve his strength in baseball. However, after spending several months exercising, Benjamin noticed that his strength and size were increasing rapidly. It was at this point, that Benjamin’s priorities slowly started to change, as his passion for baseball started to disappear.

Benjamin would often find himself training in the gym rigorously for hours, and completely forget about his baseball commitments. He said he knew, it was only a matter of time before he abandoned his baseball career, and decided to focus on bodybuilding full-time.

Benjamin was competitive since his early years, and it wasn’t long before he started looking into ways to compete in bodybuilding. He soon found out about several local shows, and started his preparations. His first show came in 2013, the “Limburgse Kampioenschappen”. After gaining some experience in different local shows, Benjamin set his sight on more challenging competitions.

He won his first Dutch Nationals show in 2014, and repeated the win the following year, already cementing his place as one of the best professional bodybuilding icons from Netherlands.

In 2016, Benjamin participated at the Arnold Classic EU, and after several months of hard work and dedication, he managed to win the competition. Benjamin said this was the highlight of his career, and it gave him additional motivation and desire to work harder and become better at the sport.

After winning the Arnold Classic EU, Benjamin took some time away from the stage, and started his personal training business. He also created his social media sites, through which he connected with numerous fans who were inspired by his awesome physique. He offers training programs for his clients, and continuously works to change people’s lives worldwide. 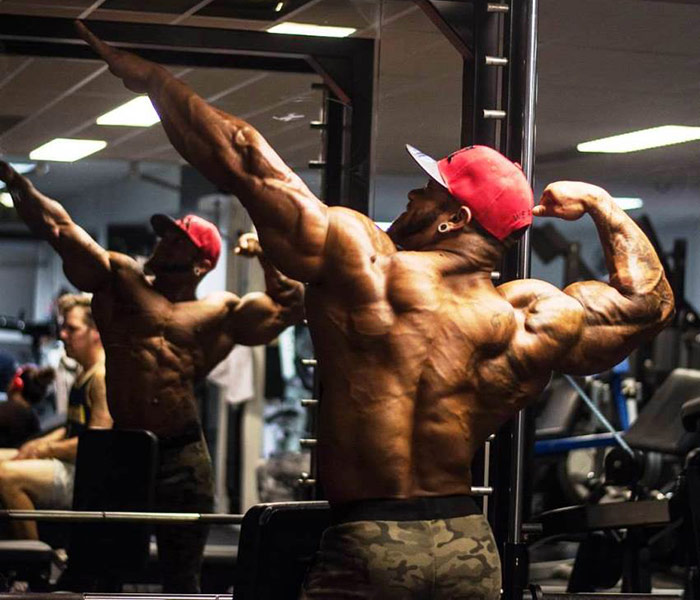 “Be yourself, everyone else is taken!”

One of Benjamin’s most notable parts of body is his back. He’s also known for being incredibly vascular throughout his whole body. According to Benjamin, he likes perform a lot of narrow grip seated rows to develop his back.

Benjamin regularly incorporates pull-ups in his workouts, but will always focus on rows since they are one of his key components for developing a strong and vascular back.

When it comes to pull-downs, Benjamin likes to do them close grip in reverse. He focuses on high reps when performing the majority of his exercises, in order to make his muscles burn and feel a great pump afterwards. 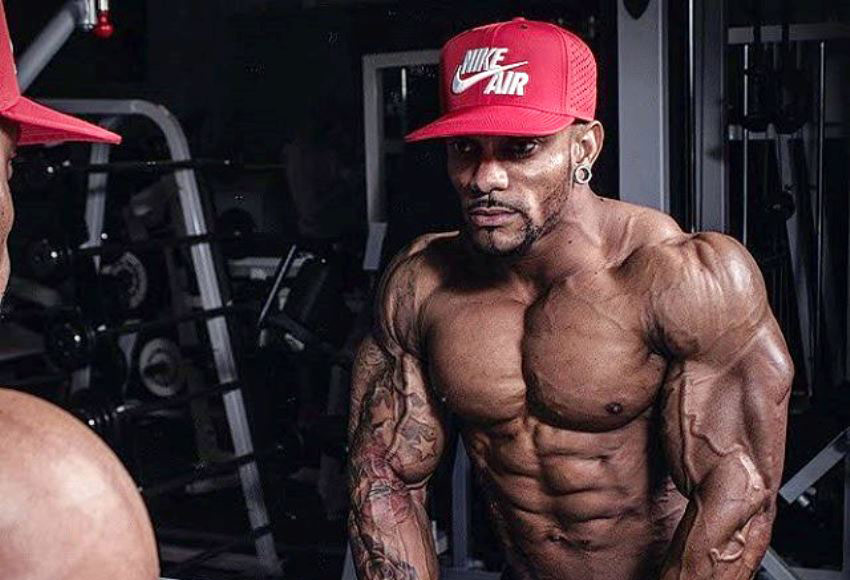 “Pressure is an illusion, but I like the illusion of pressure.”

Benjamin often said he can eat almost anything he wants, while not gaining fat due to his fast metabolism. However, he still chooses to eat healthy and nutritious foods, as he believes in the saying, “you are what you eat”.

In order to develop his incredible muscle mass, Benjamin had to eat over 200 grams of protein every day, which consisted of fish, lean meats, and whey protein. He occasionally eats diary, but says that animal protein is the best source for the essential amino-acids. 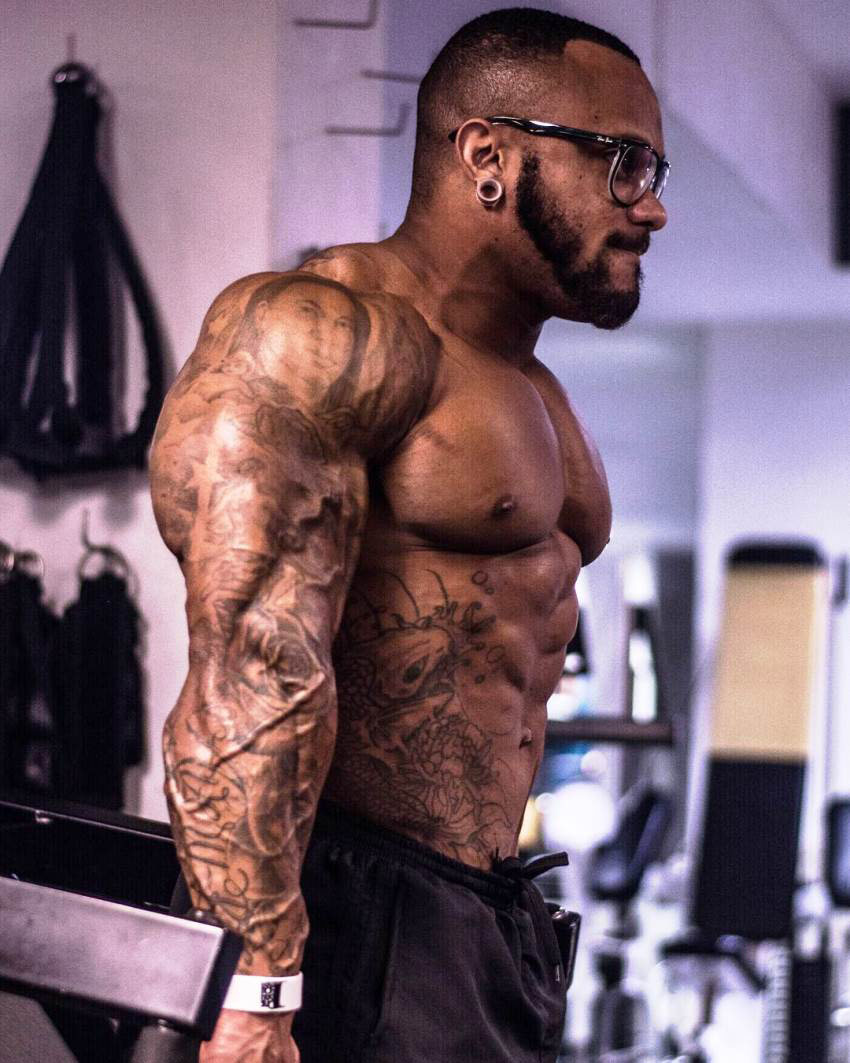 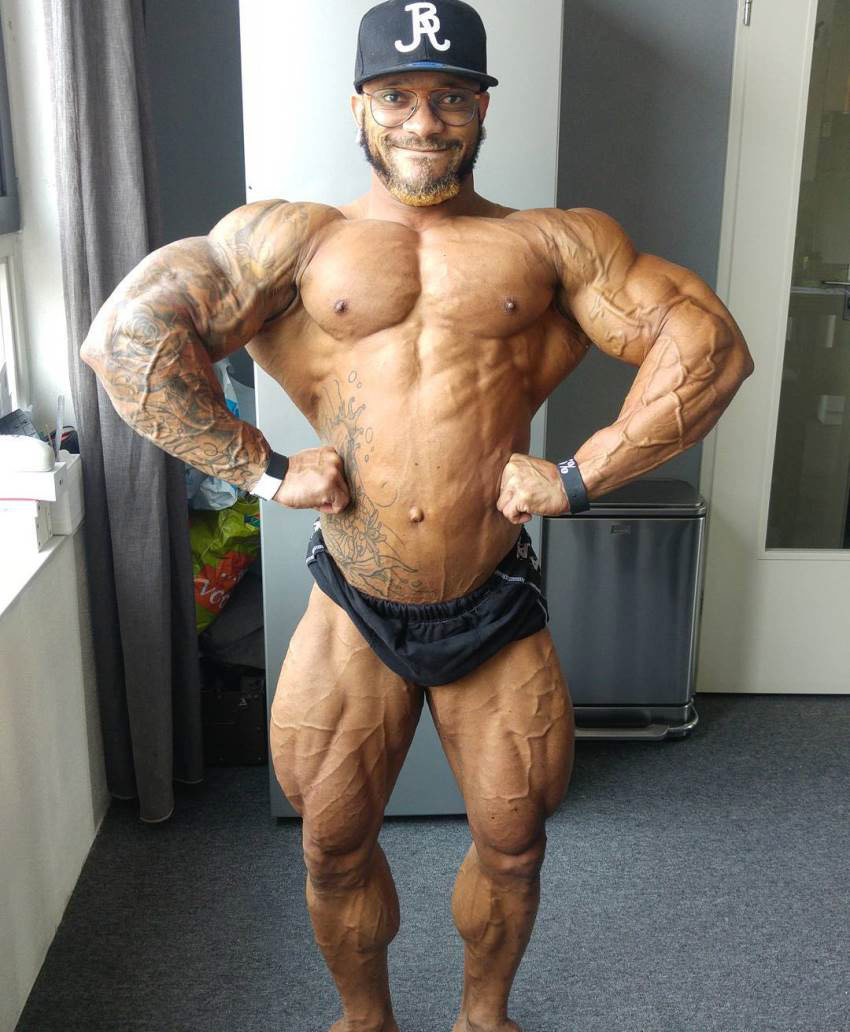 “We are not perfect human beings, nor do we have to pretend to be , but is necessary for us to be the best version of ourselves we can be.”

What we can learn from Benjamin Reineta

Consistency, discipline, dedication. These are all the things we can learn from Benjamin. His success is a product of a massive action driven by goal setting.

He’s proven that by being consistent, and not letting challenges turn you away from your path, you too could accomplish your dreams.