Ben “The Pak Man” Pakluski is an IFBB professional bodybuilder and champion from Toronto, Canada. He’s known by many as the most successful bodybuilder to ever come out of Canada.

Growing up, Ben was very passionate about playing sports and being generally active. At 15 years old he started lifting weights and eventually became a gym rat – finding a professional trainer with the help of his father.

After starting a degree in Kinesiology, Ben embarked on a bodybuilding career which would see him rapidly enter the professional ranks. He appeared at the Mr Olympia and won a number of IFBB competitions. This is Ben’s story: 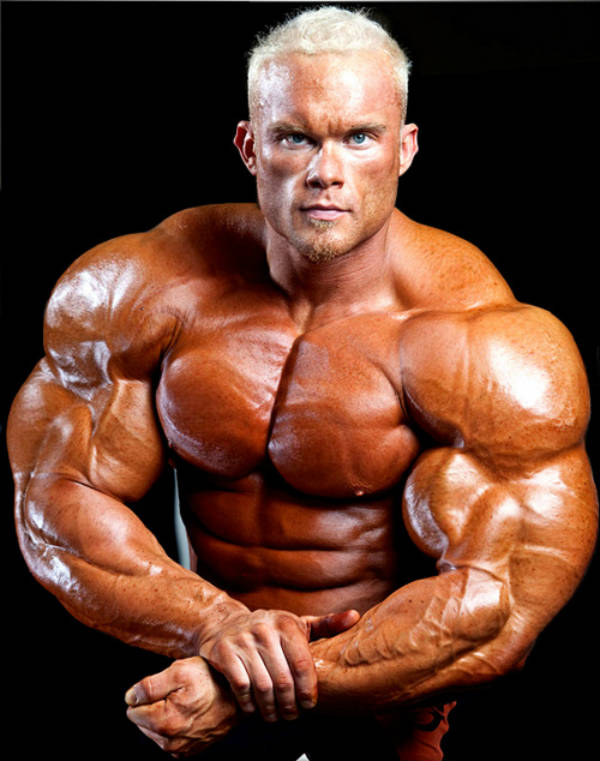 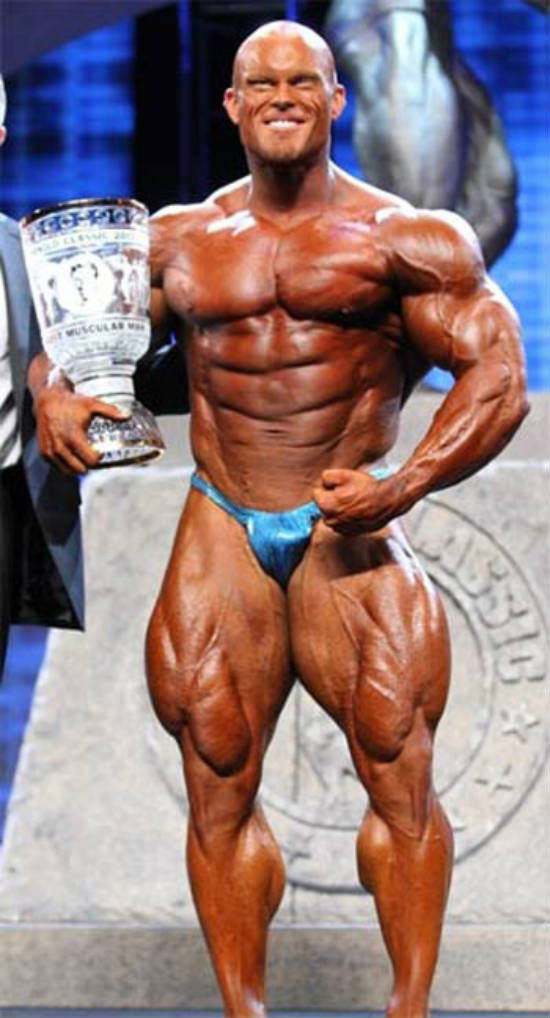 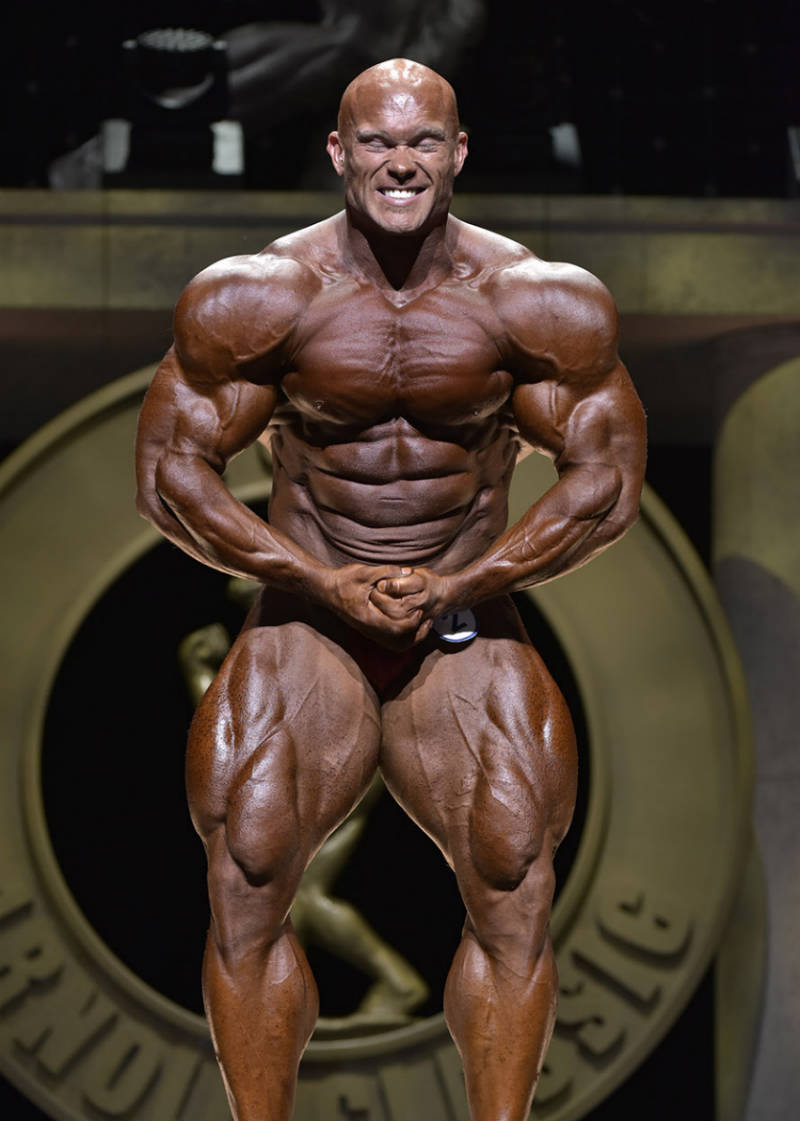 Ben grew up as a very athletic kid. He played as many sports as he could with his friends in the Toronto suburbs – enjoying the opportunity to expel some energy outdoors.

His first memory of being interested in fitness came when he read some information on vegetarianism at 12 years old. He experimented with vegetarian meals for two years and enjoyed the opportunity to taste new vegetables.

Around the age of 15, Ben says that he became more competitive as the testosterone started to flow. He was a high level athlete in his school at the time, so he began to look for a way to beat his peers.

He started weight training when he was 15, hoping to find this edge. He got really strong, but didn’t have ideal bodybuilding genetics. He says when discussing these foundations, “I’m not like Phil Heath, who just looks at a weight and blows up. I had my work cut out for me!.”

Because of this realization, he began researching bodybuilding technique as much as he could. He also bought and read books on nutrition and posing – hoping to create the body of his dreams and one day compete with the best.

His gym was Mack’s in Toronto – a major establishment and well-known spot throughout the 90’s and 00’s. He father set him up with the IFBB pro Tom Hall – who showed him the correct biomechanical way to complete a lift.

This helped him to secure his first sponsorship contract at just 18 years old. He landed a contract to appear on adverts for a popular supplement company – knowing that this publicity could only help his career.

Pakulski began watching professional events at 17 when his father took him to a ‘Night of Champions’ competition between Jay Cutler and Ronnie Coleman. Experiencing such a spectacle convinced Ben that the professional bodybuilding world was for him. 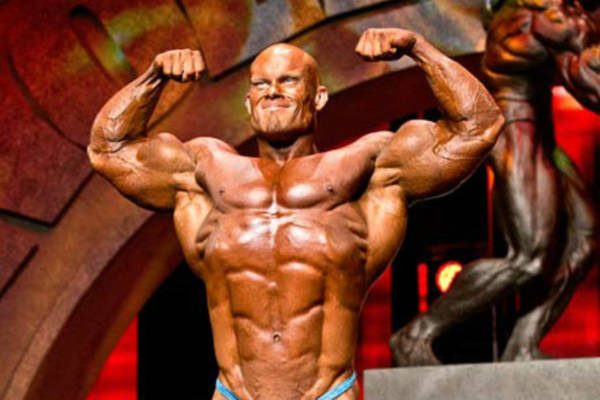 After training for two years, Ben says he was ready to allow his dad to come to the gym and watch him squat. He says that he squatted particularly well that day with his dad in attendance, lifting 405lbs for 3 sets of 8.

His dad was so impressed with his effort and dedication to the sport, that he surprised him by taking him to sign up with Scott Abel – a leading bodybuilding trainer in Toronto. This was a life-changing event for Ben, as he now could learn from the best.

Ben trained for month after month with Scott and gradually became confident in his abilities in the sport. He prepared his nutrition and training in detail and got himself ready for the 2008 Canadian Championships.

After a difficult cutting period, Ben posed in the super-heavyweight category against some of Canada’s best bodybuilders. He ended up winning the entire show – taking the 1st place trophy and making his name known to the world.

This also crucially meant that he had gained his pro card – becoming a professional bodybuilder who could pose with the best. 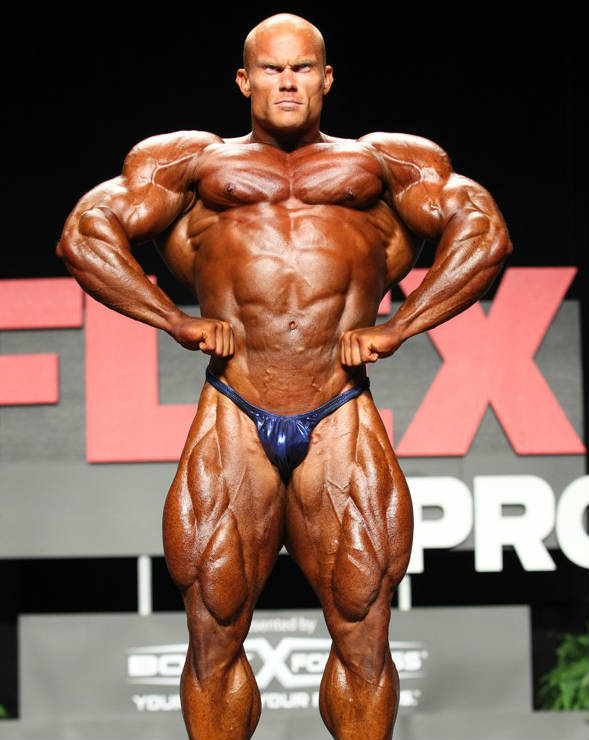 After this win, Ben knew that he had to make a move in order to continue his career. He knew at the time that that Canada wasn’t really the best place to work as a bodybuilder. Most people were, in his mind, more into Ice Hockey or winter sports.

In fact, he says that bodybuilding was generally frowned upon across the country, as academic achievement came before athletics for the majority. Because of this, he decided to move to California – the home of international bodybuilding and a place where he knew he would be respected.

In 2009, Ben managed to win his first US competition. After settling down in Venice, California, he found a gym and began to train hard for the Pro Bodybuilding Weekly Tampa.

He managed to take a 3rd place at this competition, which was an excellent achievement in his first pro show. Through this event, he also qualified for an invitation to the 2009 Mr Olympia weekend.

Ben would ultimately choose to turn this major invitation down, as the dieting and cutting needed would have negatively affected his appearance for 2010. It was clear at this stage that he was making smart career moves early.

The success that Ben achieved during this period would ultimately attract a lot of media attention. His massive size and strength gathered him he attention of mainstream bodybuilding magazines such as the extremely popular ‘Muscle Insider.’

Studying For A Degree In Kinesiology

While Ben was making his mark as an internationally famous bodybuilder, he was also studying for a degree in Kinesiology (the mechanics of body movement) at the University of Western Ontario. On his website, Ben claims that this study allowed him to develop an “intelligent and healthy approach to bodybuilding.”

Following graduation, he also began to teach seminars and coach aspiring bodybuilders. In 2012 he began to write a book surrounding bodybuilding and nutrition, which he hopes everyone can benefit from reading regardless of their level. 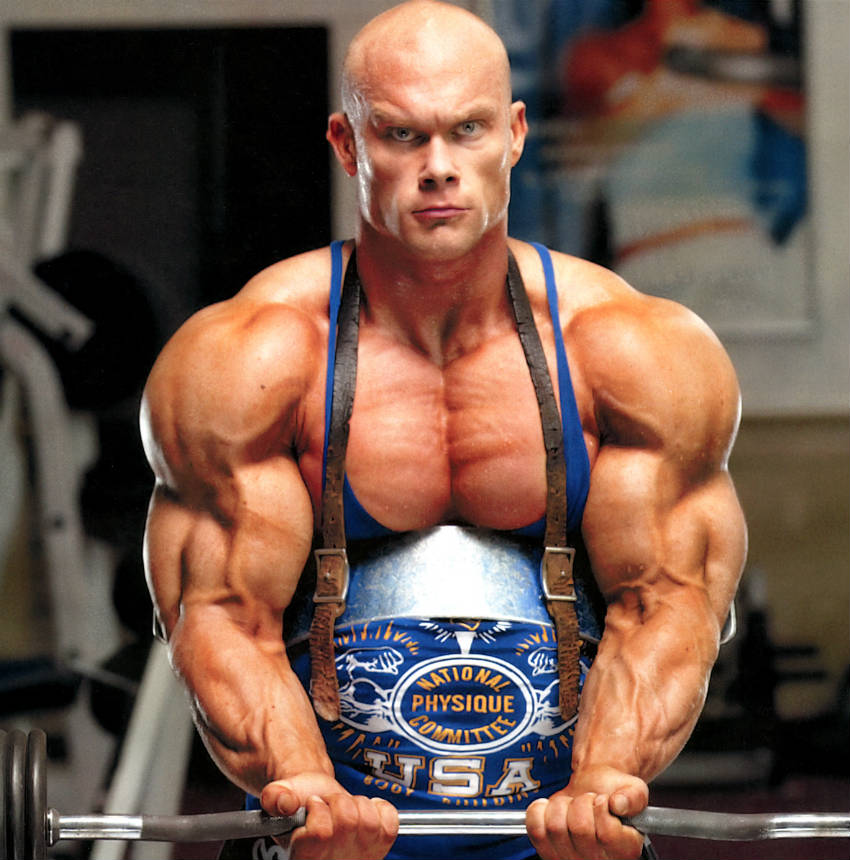 Ben has always chosen to avoid heavy lifting. He says that the human body distributes weight when it has to move it, so the amount of weight doesn’t matter.

In contrast to popular opinion, he says that it’s the time under tension rather than the weight lifted that is important. He says that the muscle will be stimulated adequately by correct form and light to medium weight.

Before posing at a competition, Ben chooses to avoid cardio until he is six weeks out. He says that he is usually too exhausted to complete full weight lifting sessions when he begins his cardio, so he usually lifts with full intensity until his cardio begins.

Through lifting with intensity, he can stimulate his metabolism and burn fat anyway, so he sees this is a great option for him. He says “my body responds extremely well. I still feel mentally good. During other preps I was like a zombie 3-4 weeks out. I have a big structure so I need to come in big.” 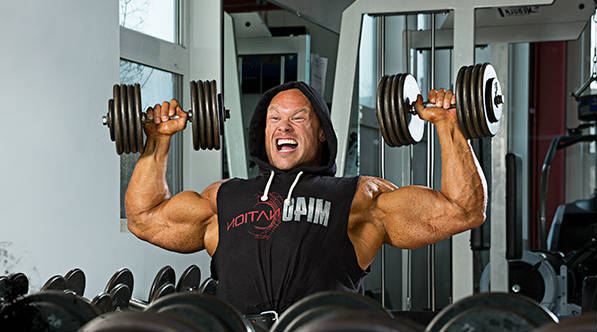 When Ben was a teenager, he used to watch a man in his gym completing shoulder workouts. He says that the man never touched a barbell or used a machine, but he still had incredible shoulder development. bEN asked the man what he did for his shoulder sessions, and he said that  “the majority of his shoulder workouts were a tri-set; he would do bent laterals, stand up and do side laterals and then do front raises, all with the same pair of dumbbells.”

Since that day, Ben has followed a similar approach which he values highly – developing excellent delts which have attracted praise internationally. His philosophy of avoiding heavy weight applies here too; he says that that the weight of the dumbbells is less important than the form used.

Ben starts all his shoulder workouts with two lateral raise choices. He believes that it’s the medial head of the delt that gives the shoulder its appearance of roundness and width, so he loves to start an exercise that isolates these areas.

His first choice is the dumbbell lateral raise. He values this technique as it’s simple and effective, but also prevents the individual from cheating by involving the traps and swinging the arms. He particularly enjoys completing the reps while sitting on a bench to maximize the stability of the movement.

Following this dumbbell lift, Ben then moves onto the cables and completes more sets. He says “I do these in addition to the dumbbells, because I get that range of motion at the bottom of the rep that the dumbbells miss.”

Ben originally completed a military press with a barbell for this movement. After suffering from lower back pain, he decided that he would instead switch it up and moved to the smith machine.

Using the smith machine for the overhead press exercise means that he dosn’t have to have a spotter and can go as heavy as possible, focusing on the delts. He can complete 315lb reps without much trouble on the machine, incorporating drop sets and lowering the rep speed.

For the rear delts, Ben completes another two exercises which resemble the lateral raises at the beginning of the set. He starts with a rear lateral dumbbell raise using dumbbells.

This is exercise is one of Ben’s favorite choices from the set. It provides resistance near the contraction which stimulates the muscle clearly. He says that he stops when he feels the full tension of the movement in his rear delts.

Ben then moves on quickly to the rear lateral cable raises which work his delts at different angles. He moves the cable up and down on the machine so that he can stimulate the muscle from slightly different angles.

In the final weeks before he competes, Ben can be found completing cable front raise. He says that he prefers cables over dumbbells because they “do a much better job of emphasizing the top of the strength curve.” 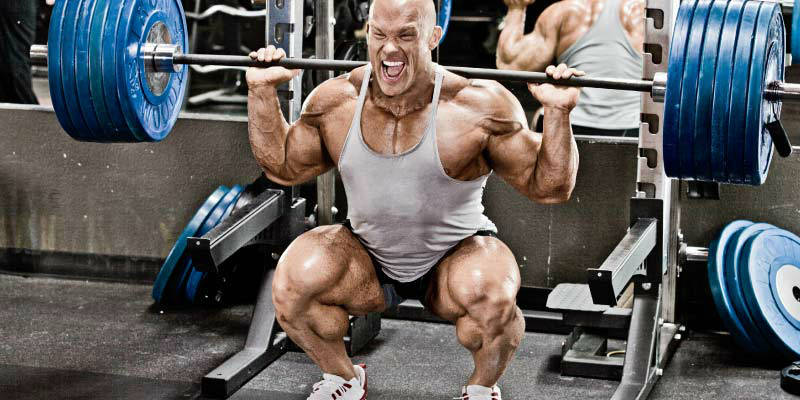 Ben has always seen dieting as integral for a bodybuilder. He eats healthy foods and focuses on adding as much lean meat and nutritious organic vegetables as he can to his diet.

His favorite lean meat choices are turkey, chicken and beef. He loves to eat fish too – choosing the fresh water fish tilapia, due to its high protein content. 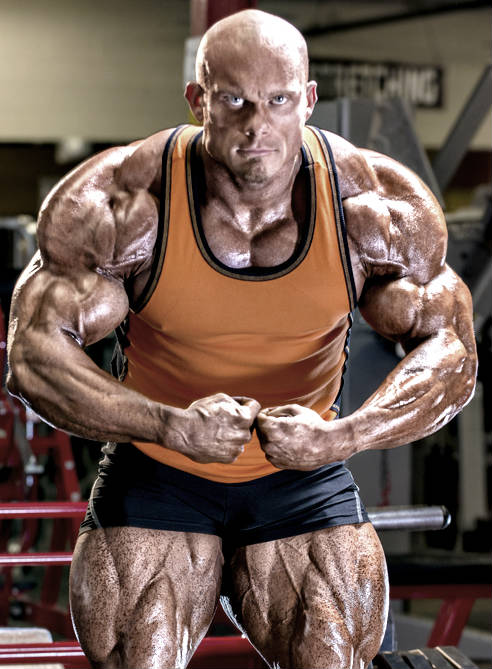 Ben is inspired by a number of people. One of his main influences is his American based trainer Tom Hall. He respects Tom completely and values his guidance on every aspect of his bodybuilding career.

In terms of idols from the bodybuilding world, Ben has always liked Lee Priest and Dorian Yates. He respects them due to their dedication to the sport and hard work in the gym which made them two of the best bodybuilders of all time. 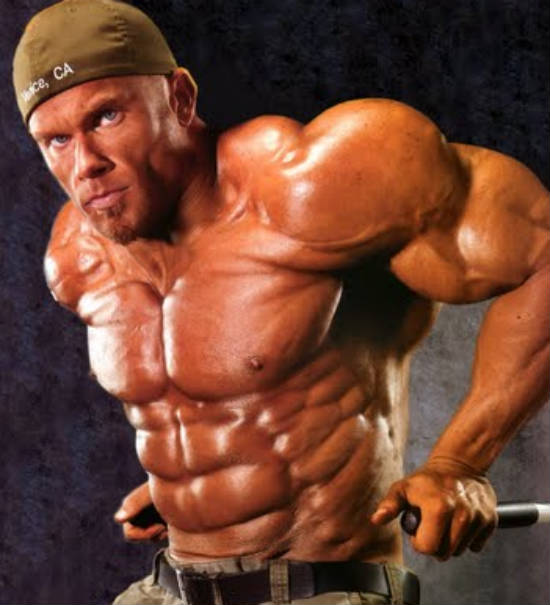 What we can learn from Ben Pakulski

Ben has shown how a technical and academic approach to bodybuilding can be useful. He studied for a degree in Kinesiology (the study of body movement,) while using this knowledge to develop bodybuilding career.

He managed to take what he had learnt and apply it in the gym – developing an enviable physique in the process. If you want to build your best body, it may be useful to do your research and learn how the body moves.