Born in Brasilia, Brazil in 1987, Alex Carneiro has spent most of his life on the move. Growing up in Rome, Italy, Alex and his family relocated to Chile by the time he reached 10 years old.

Throughout his teenage years, Alex became fascinated by the phenomenal physiques of Arnold Schwarzenegger and Sylvester Stallone – desperate to earn a great physique just like his action movie heroes.

Alex’s passion for fitness truly came to light at the age of 17, when he was first introduced to the weights room by his older brother. Initially, Alex failed to make the progress he desired, due to knowing little about training and nutrition.

However, he soon managed to build his fitness knowledge upon relocating to Colorado, USA, when he began to study at university. Ever since then, he’s become a world renowned fitness model, personal trainer, and bodybuilder – earning his IFBB Pro Card in 2011. 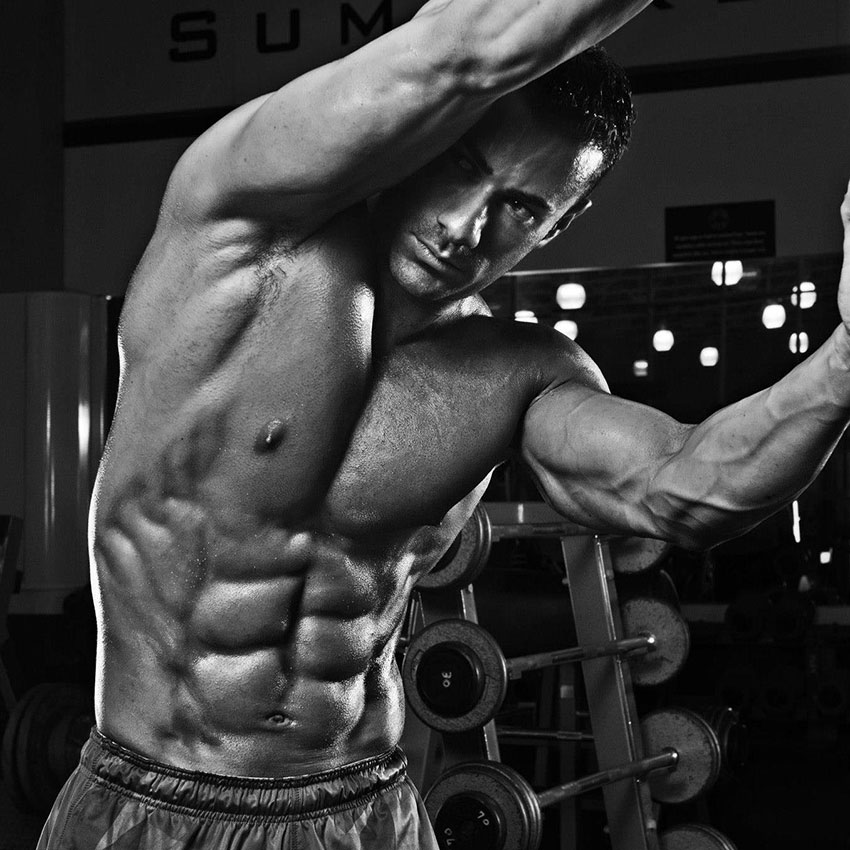 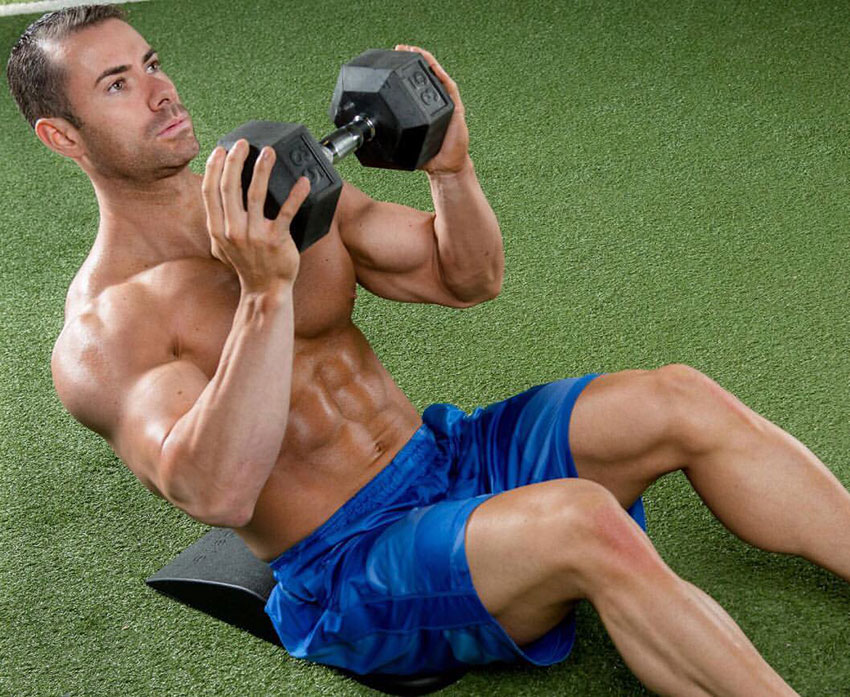 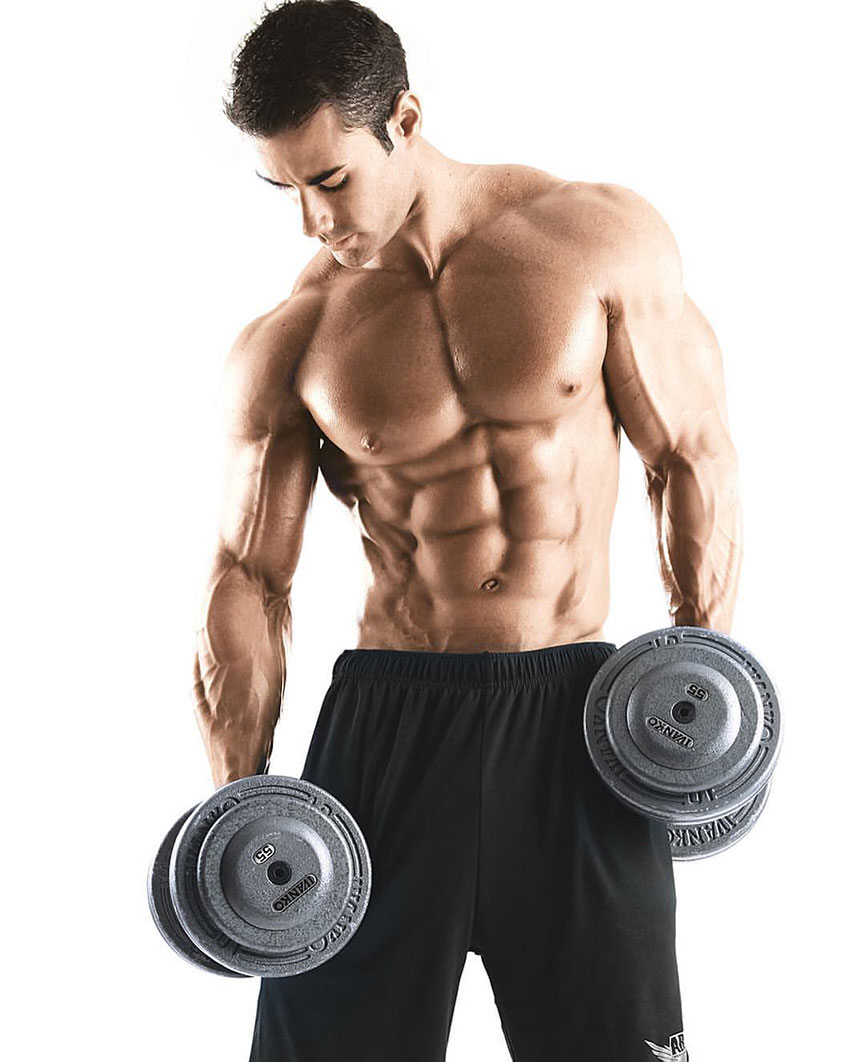 Born in Brasilia, Brazil in 1987, Alex Carneiro moved around a lot as a child, due to the nature of his parents’ jobs. His father was a United Nations Diplomat, and his mother was a doctor. At the age of 1, he relocated to Rome, Italy, where he spent his early childhood. After several years living there, his parents made the decision to relocate to Chile when Alex reached the age of 10.

Alex lived in Chile for around eight years, along with his parents and older brother. Throughout this time, Alex developed a passion for fitness, taking inspiration from his older brother who weight trained in the gym on a regular basis.

Alex was first taken to his local gym at the age of 17, where Alex took part in aerobic classes with his brother. During this period, Alex was blown away by the incredible physiques of action movie heroes Arnold Schwarzenegger, Sylvester Stallone and Jean Claude Van Damme in their prime – inspiring Alex to build a great body just like his idols.

Alex initially failed in his attempts to build lean muscle, citing a lack of fitness knowledge as the reason for this. Alex said; “I started lifting weights here and there at the age of 17, I didn’t know too much about it and I certainly did not know a lot about anatomy, physiology, nutrition and dietary supplements. All the important stuff to build a physique” – Alex Carneiro

In an attempt to overcome his lack of progress in the gym, Alex began to conduct research on ways to build lean muscle. After becoming fascinated with the muscle building process and the way the body works, Alex wanted to turn his passion for fitness into something more – looking into studying fitness at university.

However while living in Chile, Alex lacked the resources that he needed to learn more about fitness. Alex then came to the realization that in order to fulfill his academic ambitions, he needed to consider moving outside of Chile. Eventually, Alex made the decision to move to the United States.

Alex began his studies for a degree in physical therapy at a university in Colorado. Alex then had access to all the material he needed to build his knowledge of fitness. After a short while, Alex realized that physical therapy wasn’t the right course for him – he then switched to studying sports and exercise science instead.

After learning everything that he needed to know about training and nutrition, Alex began to apply his newly-found fitness expertise into his own training in the gym. Because of his effort and hard work, Alex was able to make progress at a fast pace. 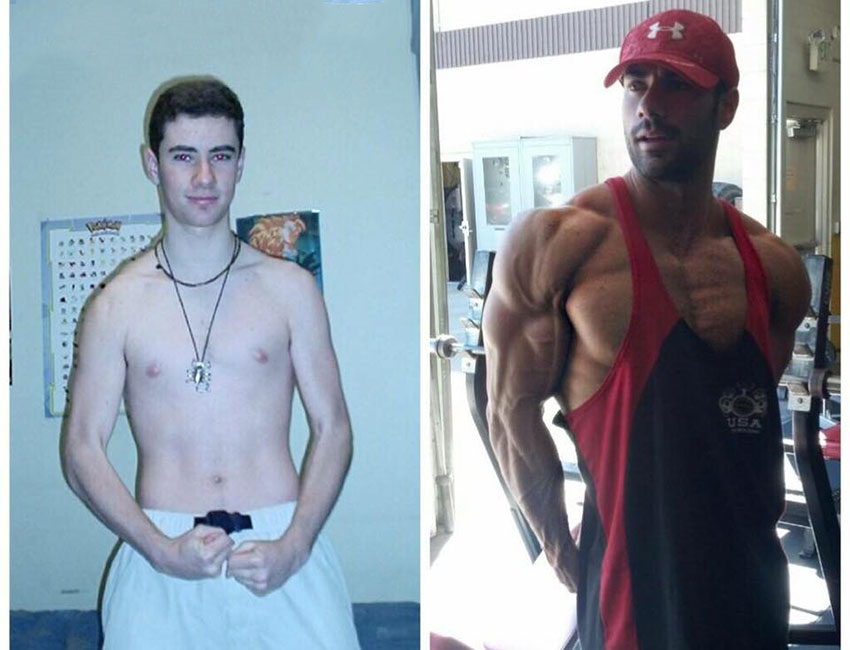 Alex Carneiro before compared to how he looks now.

When His Fitness Career Took Shape

Throughout his time at university, Alex was able to build a great physique by working hard in the gym in addition to his studies. Alex then realized that he wanted to move a step forward in his fitness career – entering the fitness modeling industry to achieve just that.

Eventually, Alex was scouted by a photographer who was impressed by the progress that Alex had made in the gym. After just a few short months, Alex received a big break in his fitness modeling career. Ever since then, Alex has been featured on several well-known fitness magazines across the world.

Because of Alex’s great progression in the gym, he was encouraged to compete on the bodybuilding stage by some of his training partners. Quickly becoming interested in the idea, he began taking the steps to enter the competitive bodybuilding industry.

However, Alex also received several negative comments from those around him – suggesting that he wasn’t good enough to become a competitive bodybuilder. Alex decided to push past the negativity – setting out to prove his doubters wrong.

Competing On The Bodybuilding Stage

Alex began working out with his personal trainer Chris Williamson as he needed assistance to achieve his bodybuilding aspirations. Chris guided Alex throughout the preparations for his first competition, setting out a plan for his training and nutrition.

In 2009, Alex entered the NPC Colorado Natural Championship, finishing in 3rd position. Proud of his excellent performance, Alex’s motivation was higher than it had ever been before. Just one year later, Alex took home the winner’s prize in the 2010 NPC Northern CO Bodybuilding competition – one of his greatest performances.

The highlight of his bodybuilding career came in 2011, when Alex finished in 1st place in the NPC Junior Nationals Championships – earning his IFBB Pro Card as a result.

With the assistance of his personal trainer Chris, Alex was able to make his mark on the bodybuilding scene – proving those who doubted him wrong.

Since reaching his own fitness goals, Alex set his sights on helping others achieve their fitness dreams – becoming an influential personal trainer to achieve this. 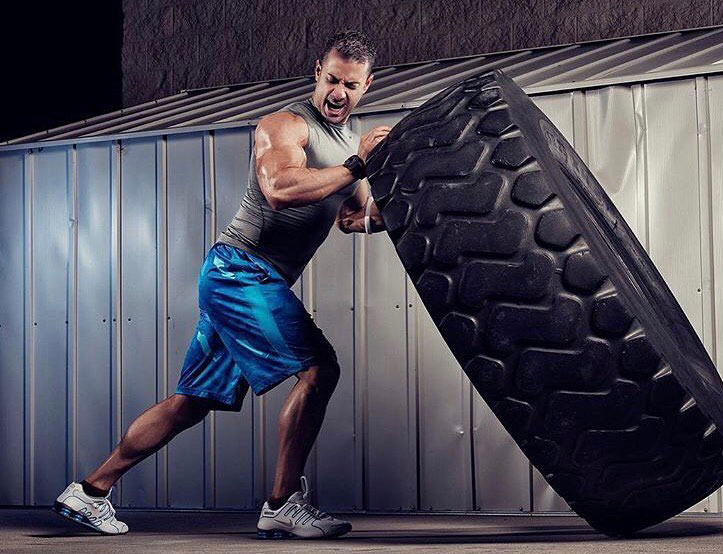 During the bodybuilding off-season, Alex trains at least 4-5 times per week. When preparing for competitions, Alex trains every day of the week, performing high intensity cardio on what are usually his rest days. To keep his body as lean as possible, he performs cardio all year round – allowing him to eat more food to reach his macronutrient goals.

Alex follows the same workout routine throughout the year, unless he hits a plateau. Should this happen, Alex places more focus on his lagging body parts. His usual rep range is 8-12 per set, although he performs more repetitions on certain muscle groups, such as calves or abs.

When stepping into the gym, Alex retains his focus to get the most out of his training sessions. Alex cites this as the reason for his consistent self-progression, stating: “I never walk in the gym and give mediocrity; I always give it my best”.

Here’s Alex’s favorite exercises that he performs to create the perfect mind-muscle connection: 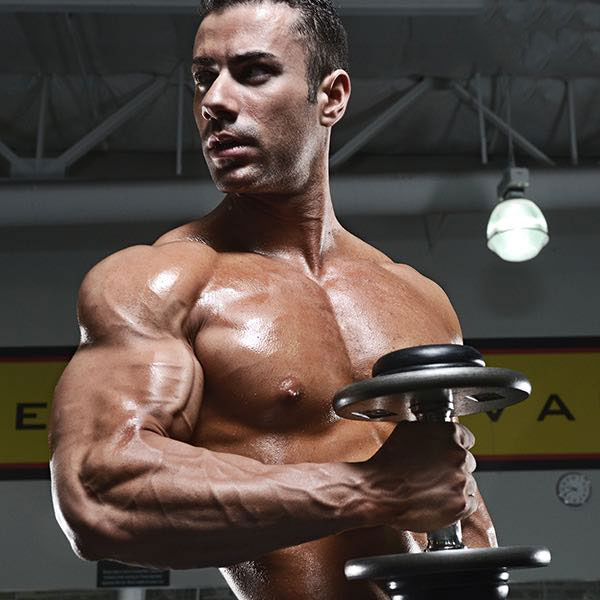 After several years of trying different nutrition methods, Alex found that a high protein and low carbohydrate meal plan works best for him. When eating lean protein, he generally sticks to chicken, tilapia, and egg whites, having a whey protein shake shortly after he’s completed his workouts.

Below is a meal plan which Alex follows to stay lean: 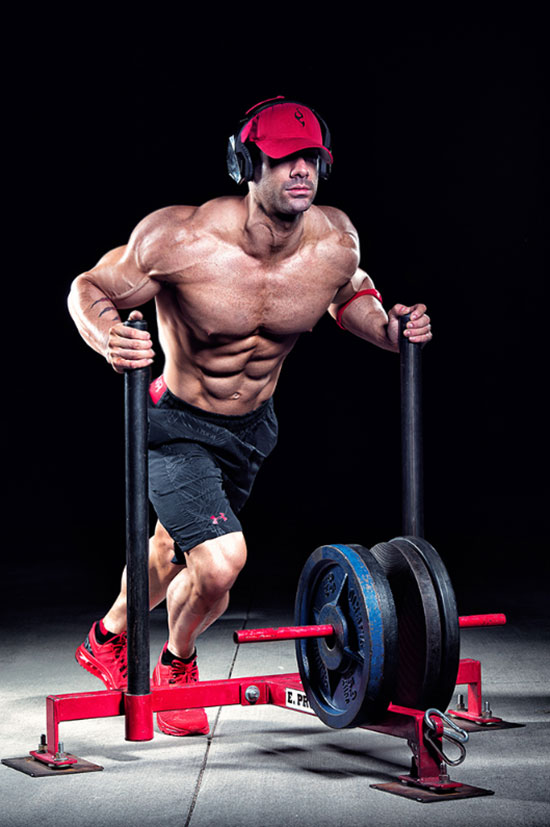 During his teenage years, Alex’s older brother was a huge source of inspiration. He encouraged Alex to get involved in the fitness lifestyle, building a great physique – just like him. Alex also idolized Arnold Schwarzenegger, inspired by his bodybuilding achievements and the success he’s earned outside of fitness.

Further down the line, Alex became inspired by fitness icons such as Greg Plitt, Eduardo Correa, and Brandon Curry. Alex admires their great symmetry and muscular physiques – aiming to follow in their footsteps. 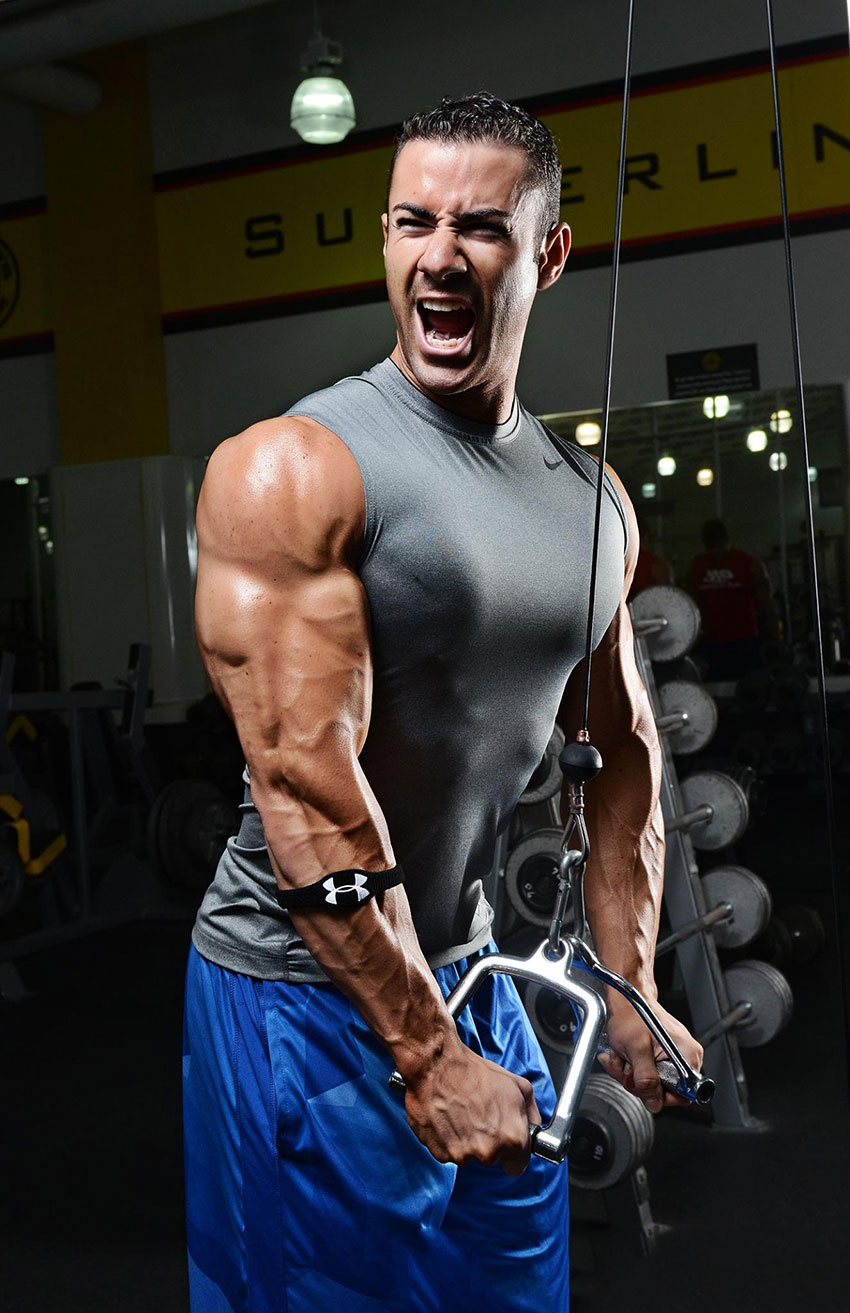 What we can learn from Alex Carneiro

Alex Carneiro has taught us that it takes a great deal of patience to build a great physique. At the start of his fitness journey, he failed to make progress – all down to a lack of fitness knowledge.

However, when he started to study at university, that all began to change. Applying his fitness expertise to his training and nutrition, he was able to sculpt a muscular, shredded physique.

Despite receiving negative comments along the way, Alex learned take any negativity within his stride – defying his critics to achieve great things in his life, such as earning his IFBB Pro Card in 2011.

Alex built a great physique through his consistency, passion, and hard work. If you follow a mindset like Alex, then one day you might just achieve the same.