Adrian Tan is a personal trainer, sponsored athlete and successful physique competitor. He’s a famous figure in his native Singapore, where he has won the ‘Mr Singapore’ title twice, as well as the Singapore National Bodybuilding Championship 5 times.

While Adrian has a well-built and famous physique today, it was by no means an easy road to the top. His first taste of the bodybuilding lifestyle came when he saw his high school friends lifting after class. He says he was so impressed with how fast they were changing their physiques, that it inspired him to give it a shot. This, however, proved to be a uphill battle.

He took this new passion by the horns and “drowned” himself in bodybuilding books and magazines. He began using the workout routines of some bodybuilding legends, such as Frank Zane, but said that they were “a bit too intensive”.  Despite this shaky start, he started a proper beginners routine and began to see great improvements in his physique.

Fast forward to today and Adrian has made great improvements in his workout routine. He has entered and won 10 international competitions and has become the face for a number of high-profile international brands. This is his story: 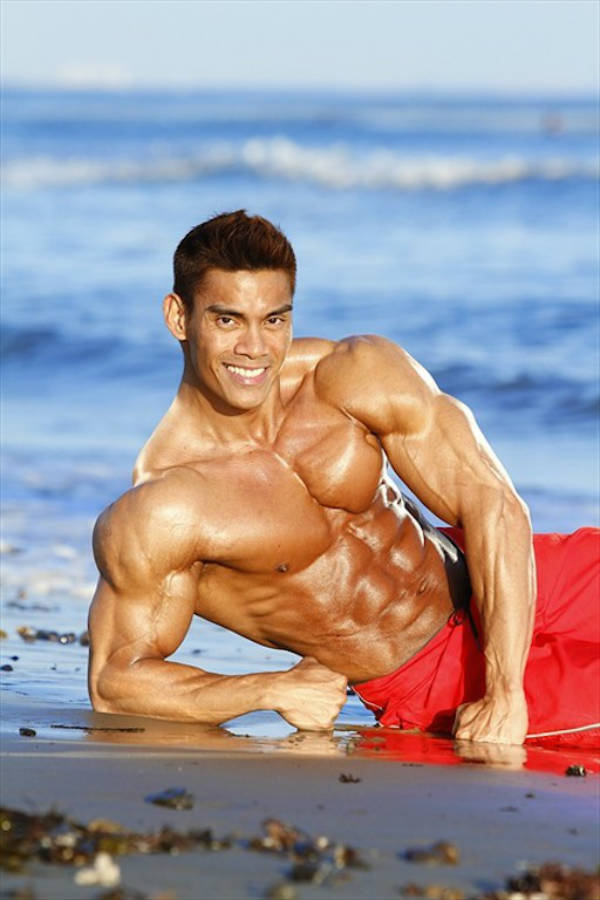 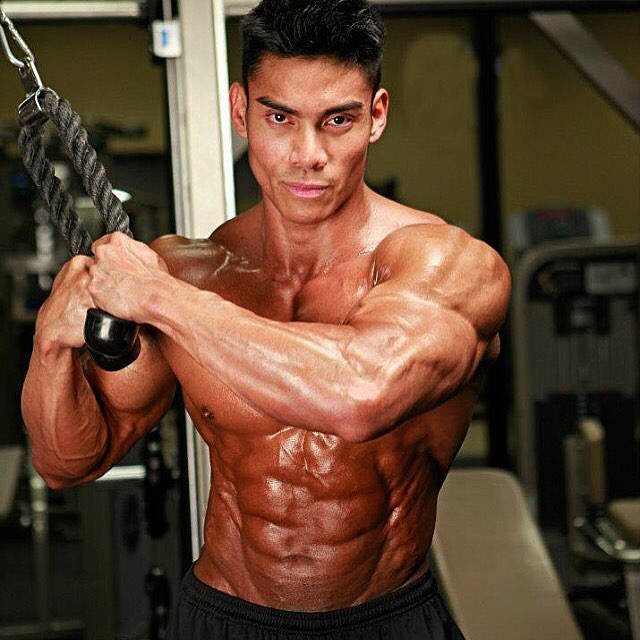 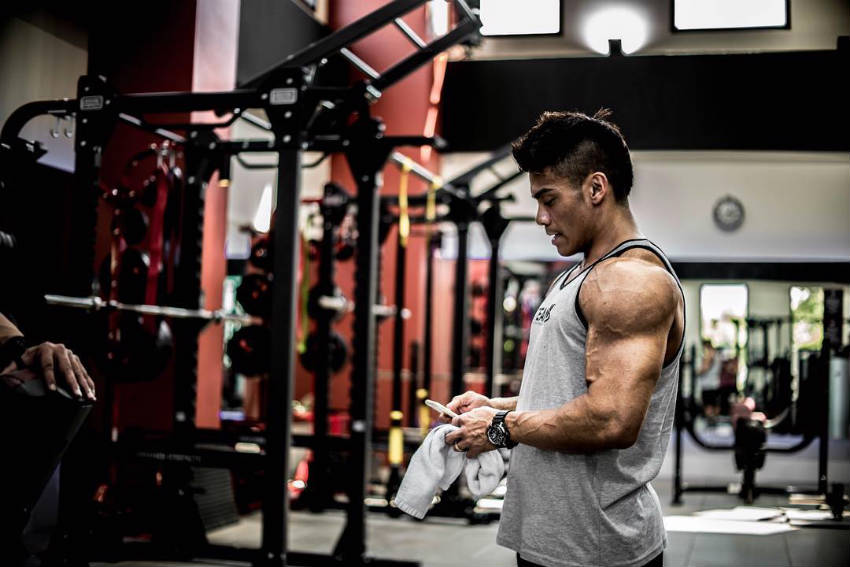 Adrian’s first insight into proper weightlifting technique, came from the magazines and books he was reading as a teenager. He read in one magazine that the bench press would allow him to build a “huge barrel chest”, but he says he worked his deltoids more than his chest in this exercise, so needed to use dumbbells to hit different angles.

He learnt to experiment with dumbbells, and through lifting from various angles, he could now isolate his chest. This new approach lead to immediate muscle gains, which taught Adrian the importance of correct form in bodybuilding.

“Form and execution is always critical for me. If I don’t feel it in the muscles I’m working, I drop the weights down and go lighter to make sure I get a good contraction in the muscle group”.

Adrian’s training philosophy has always been to train heavy. He completes a lot of reps and sticks to “the basics”, like a lot of dumbbell and barbell presses for shoulders. He says that his shoulders are his favorite part of the body to work out as he likes the “tapered V”  aesthetic.

He’s also known for his large calf muscles, saying regarding this muscle group that “consistency is key”. He trains them 2 to 3 times a week with high volume and lots of sets, claiming that they are the most “stubborn” muscle to build, as they can take a lot of weight before being broken down enough to increase in size.

Adrian moves between several cardio machines when he is at the gym, in order to “stay motivated and consistent”.  He uses the stepper, elliptical machine and the treadmill, or occasionally goes outdoors and completes jogs, brisk walks or stair climbing.

When he is competing or has a photo-shoot, he uses cardio to cut, but never overdoes it as he believes that that people often go too far and lose too much weight during this period. He says, however, that “cardio is the key, even in the off season as low to medium intensity cardio actually helps in muscle growth and gives you more stamina for your workouts”.

Adrian trains one body part per day. His training split is as follows:

He completes 4 to 5 exercises per body part, keeping his reps above 10. He likes to train his legs with higher reps, saying this “really pumps a lot of blood and nutrients” into the quads. 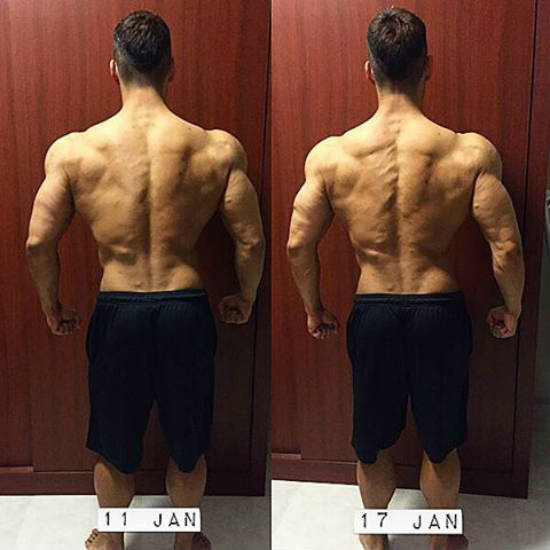 Adrian says that the discipline bodybuilding has taught him is “second nature now”. This discipline extends to his meal preparation, as Adrian prides himself on his ability to prepare his meals well in advance of eating them. Doing this helps Adrian focus on the workout he has to complete, safe in the knowledge that his meal is waiting for him in the fridge when he returns home.

In the off-season, Adrian tries to eat 5 to 6 small meals a day. Depending on the food he chooses to include, these meals provide him with around 2400 calories, which is enough for him to add some bulk.

While he does look to increase size and strength during this period, he says that he stays fairly lean and only fluctuates by around 15 to 20 pounds. He says that if he put on any more weight, he would feel it in his knees and lower back – risking injury.

If Adrian had to choose one favorite off-season meal, he says it would be sashimi as he loves fish. He also loves Sushi, but occasionally opts for a big hamburger as a cheat meal choice.

When Adrian is competing, his diet changes completely. He follows a medium carb and high protein diet 15 weeks before the competition, gradually decreasing his the carbs to just 80 to 140 grams per day. On some days, he says he drops it even further – depending on how much fat he is retaining.

An example of Adrian’s competition diet daily meal plan is below:

Supplements are also very important in Adrian’s competition and off-season diets. He uses whey protein heavily, varying the type throughout the day so that he has slow release whey before bed, and isolate whey after a workout. His usual stack is below: 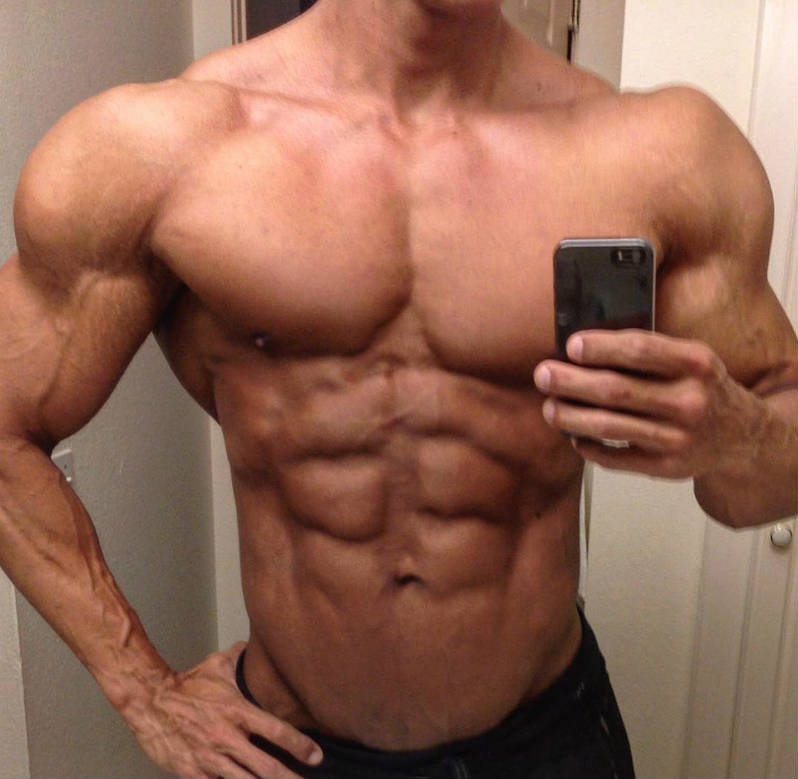 When Adrian first started training, Shawn Ray was his biggest influence, as he read a lot of his books. He says that he admires anyone who makes the sacrifice, pushing themselves to their limits for the sake of having a great physique. 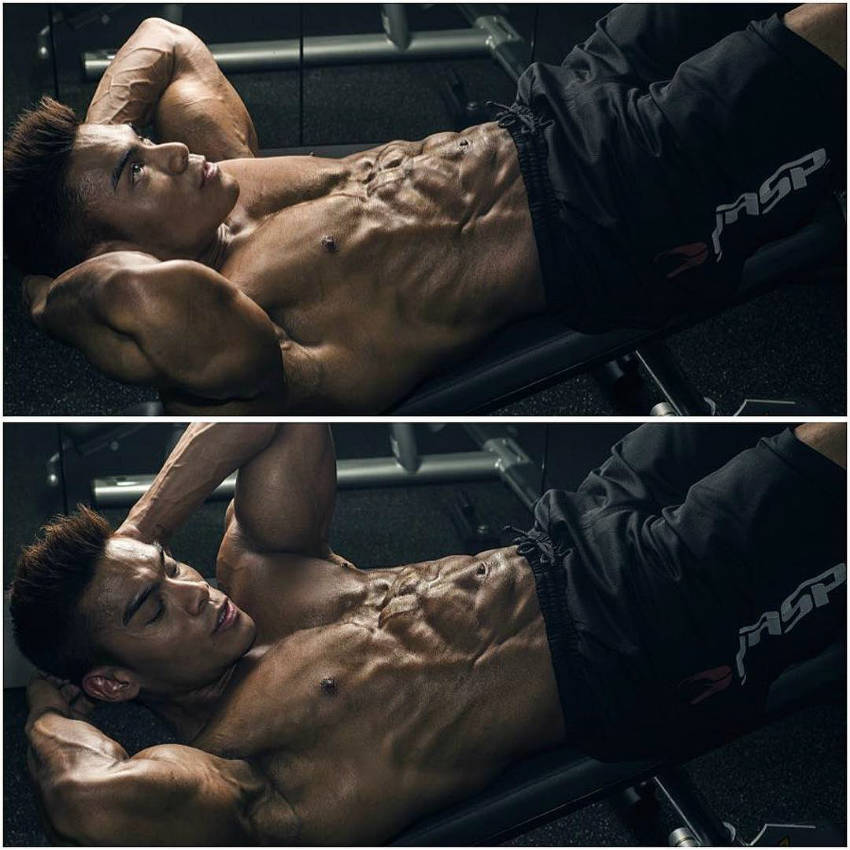 What we can learn from Adrian Tan

If we are to take one lesson from Adrian Tan’s story, it’s that everyone has to start somewhere. Adrian’s enviable physique is a product of many years of hard work, as well as the overcoming of obstacles such as  learning poor weightlifting technique.

If you are struggling to meet your fitness goals, it may be useful to see your path as a gradual learning process. Your results will come if you have patience.