Whitney Simmons is a social media celebrity and fitness addict from California, USA. She rose to fame after posting motivational and instructional videos on YouTube for women.

Growing up, Whitney was extremely active. She competed in gymnastics for 11 years and was obsessed with the idea of becoming a cheerleader. She tried out for the cheer leading squad at Utah State University and, to her surprise, was accepted onto the team.

After being dropped in her second year, she became depressed and started eating poorly. She was eventually encouraged to hit the gym again and used her workouts as a kind of “therapy” to make her feel happy again.

Fast forward to today, and Whitney has found fame on YouTube. She hopes to encourage other women to start their fitness journey and build their best physique. This is her story: 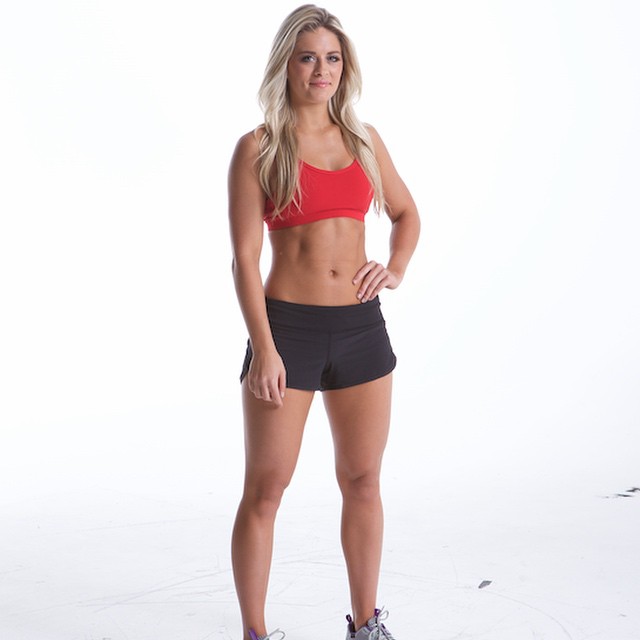 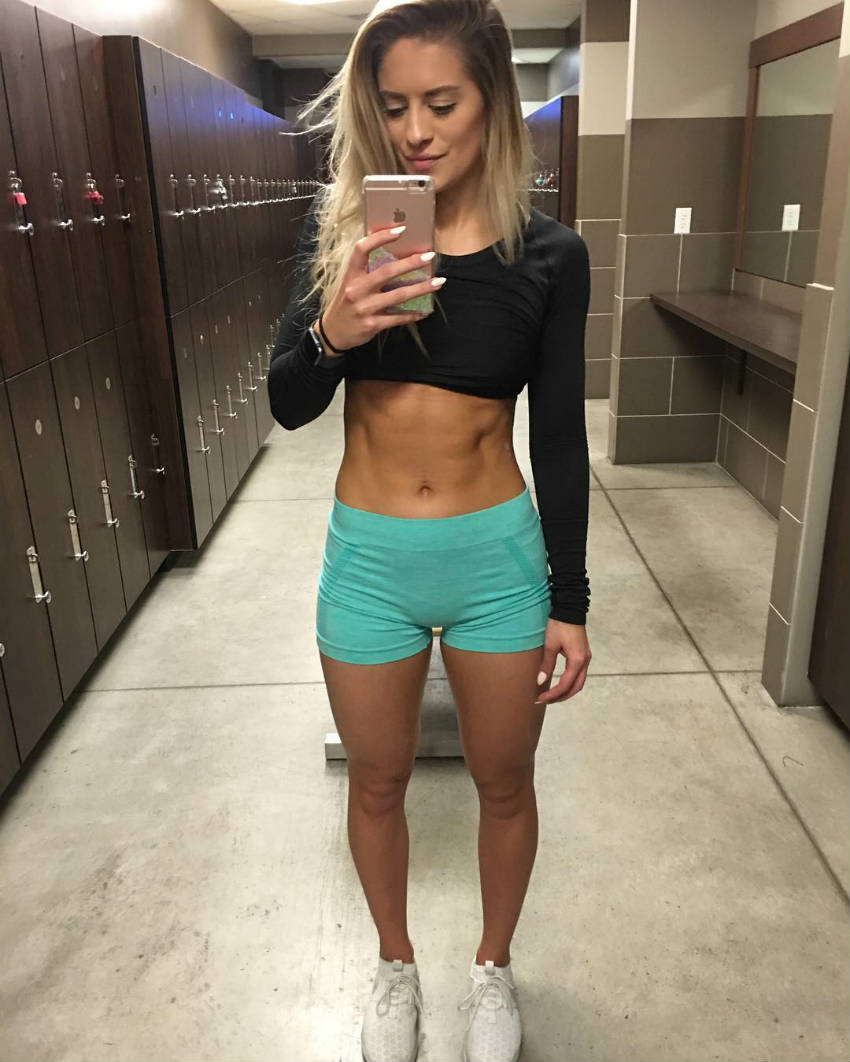 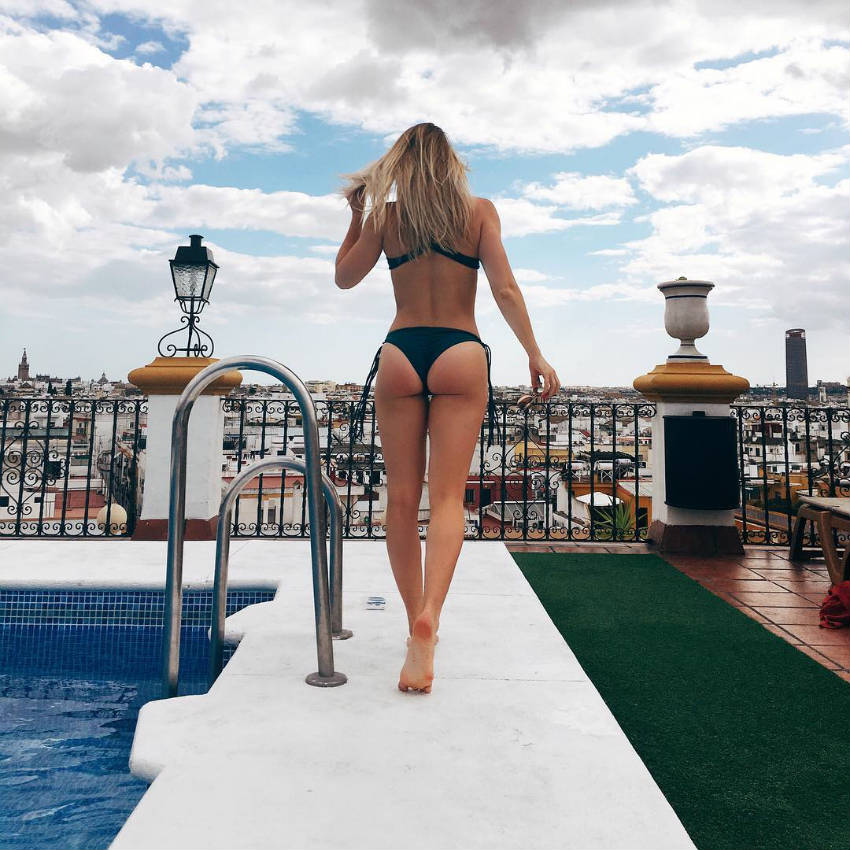 Growing up Whitney was extremely active. She says that her parents were into fitness, so they would encourage Whitney to workout with them regularly.

When she was young, she began to become involved in gymnastics. She would gradually become an exceptional gymnast and compete for over 11 years. This flexibility and ability to complete acrobatics inspired her to become a cheerleader at college.

She tried out for the college cheer leading team at Utah and, to her surprise, landed a place on the squad. She moved to Utah to start college and “loved every minute” of her first year spent cheering for the basketball and football squads.

Unfortunately, at the start of her second year at college, she was cut from the team. She says that she was the first person to actually dropped from a cheer leading squad at the university, so she was extremely depressed.

The effects of being cut from the team were devastating for Whitney. She sunk into a deep depression and stopped being active altogether – spending a lot of time in her room crying.

In order to feel better, she would also eat a lot of junk food. She says that it wasn’t uncommon for her to eat two double cheeseburgers from McDondalds for her lunch everyday.

When she returned home, her parents realized how sad she had become. Her dad suggested to her that she get back into fitness, as a way to bring her out of the depression.

At first, she says that she thought weightlifting was the exact opposite of what she needed. She believed it would make her huge and bulky – not realizing the toning benefits of lifting weights as a woman.

She was eventually encouraged to go back to the gym. As soon as she started going she saw results and got hooked. Looking back on this period, she says that the gym was her mental and physical “therapy”.

Whitney loved how the endorphin’s made her feel after every session, but she also loved how quickly she was changing her body. She began to keep the world updated with the progress on social media; starting with Instagram, then moving on to YouTube.

It was on YouTube where Whitney really made a name for herself. She build a huge fanbase, and updated her channel regularly with new instructional and motivational fitness videos. 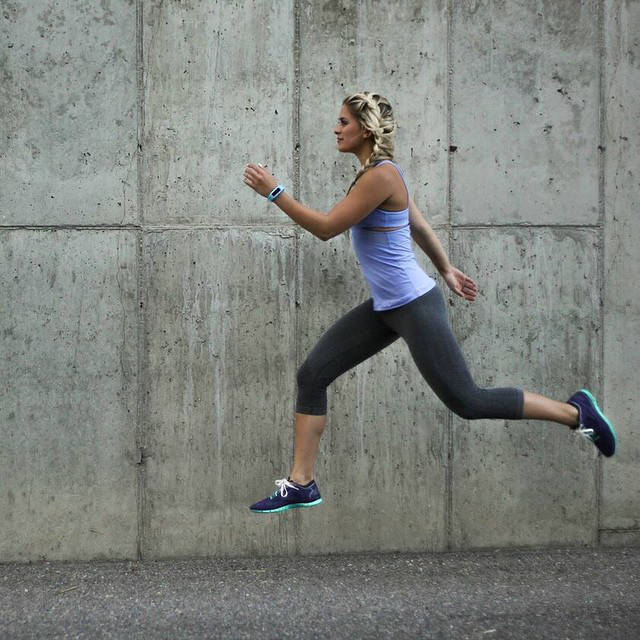 Whitney spends a lot of time on designing workouts for women. She uploads constantly on YouTube; showing her fans exactly what she does to maintain the body she has built.

She is focused particularly on the glutes and ab muscles – aiming to build a toned beach body which other women will want to have. Because she desires this look, she also doesn’t lift too heavily. She chooses lighter dumbbells and barbells; focusing on tone and appearance rather than size.

Maintaining her abdominal definition is very important to Whitney. She really enjoys working the abs hard and eating correctly to maintain the muscle visibility. She has designed one easy and one hard workout – both to be completed in one session. 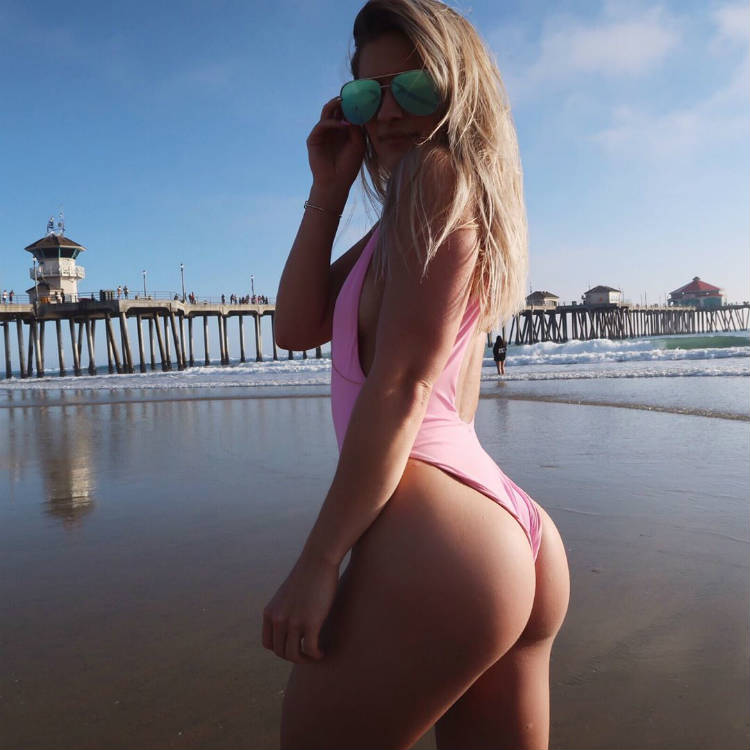 For Whitney, glute and quad tone is vital for her overall aesthetic.

When it comes to cardio, Whitney incorporates High Intensity Interval Training (HIIT.) She loves HIIT because of the massive amount of effort needed to complete a full session. It really pushes her to her limits and raises her heart rate. 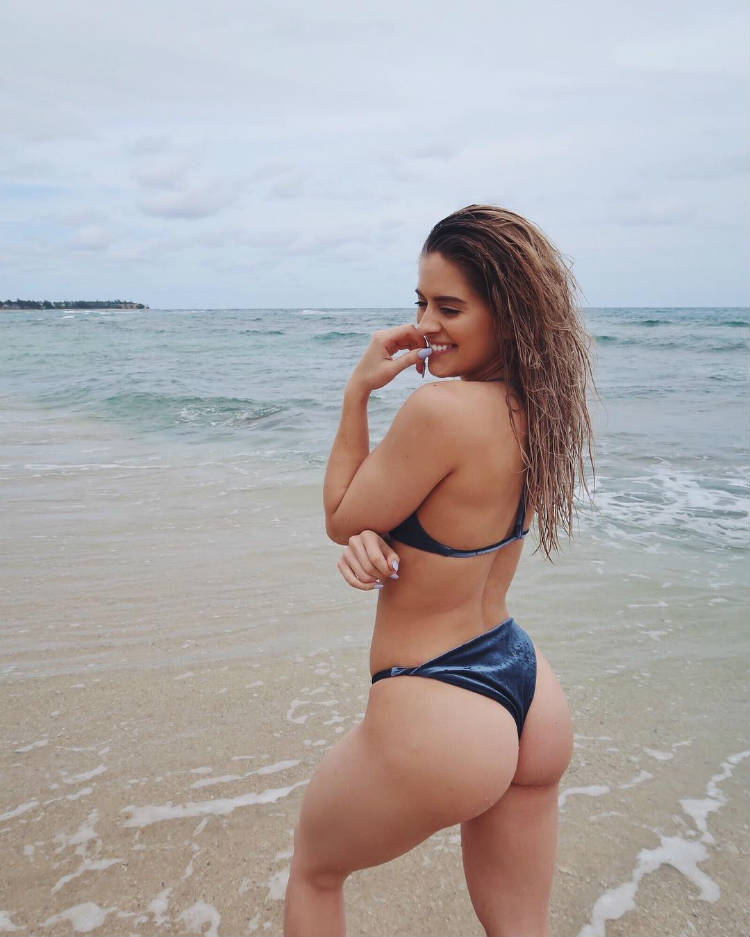 After her year of eating poorly at college, Whitney threw herself into healthy eating and read a lot about proper nutrition. She aims to slim, toned and add muscle, so has prepared a diet to meet these needs.

Learning about macronutrients in particular was a steep learning curve for Whitney. She foudn out exactly what she would need to build her body, increasing the protein, carb and healthy content of all her meals.

A Focus On A Big Breakfast

Whitney chooses to wake up around 7am and makes sure to eat eggs most mornings.

By far, her favorite meal is breakfast and she likes to make healthy waffles to eat alongside the eggs. She then mixes orange juice with vanilla whey protein, in order to make a healthy and delicious shake.

At work, she likes to snack on protein bars. She particularly likes chocolate brownie bard and is sponsored by a number of companies that make them.

Through eating these bars, she can add quality whey protein into her diet and beat her cravings for junk food. 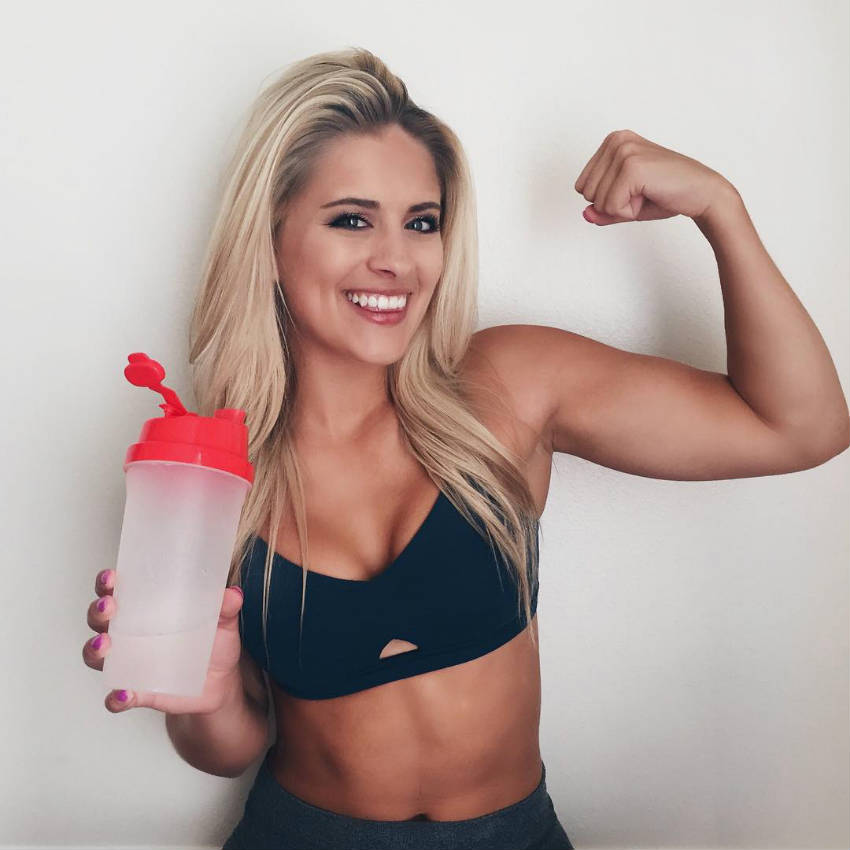 What we can learn from Whitney Simmons

After being dropped the cheerleading squad, Whitney became extremely depressed. She used exercise as a way to break out of this depression and find her positive energy again.

She says that the gym is her “therapy.” It’s where she goes to re- balance her mind and build her body at the same time. If you are going through a hard period, you may also be able to find mental strength through your workouts.