Victoria Niamh Spence is a former dancer who was able to beat a serious eating disorder. Originally from Worsley, Manchester, Victoria became anorexic after trying to get into ‘perfect shape’ for her dance practice.

After months of food restriction, 10-kilometer daily runs, and endless dancing, Victoria reached her lowest point – weighing only 39 kilograms. She was subsequently suspended from school to recover after struggling to keep up with her tasks and even falling asleep during her dance practice.

The turning point came when Victoria looked at a photo of herself in a bikini. Terrified by what she saw, Victoria went on to seek help from a therapist. Together, they created a plan which Victoria followed to overcome her disorder.

It was a long and difficult process, but Victoria was ultimately able to see her transformation through. Here’s how she did it: 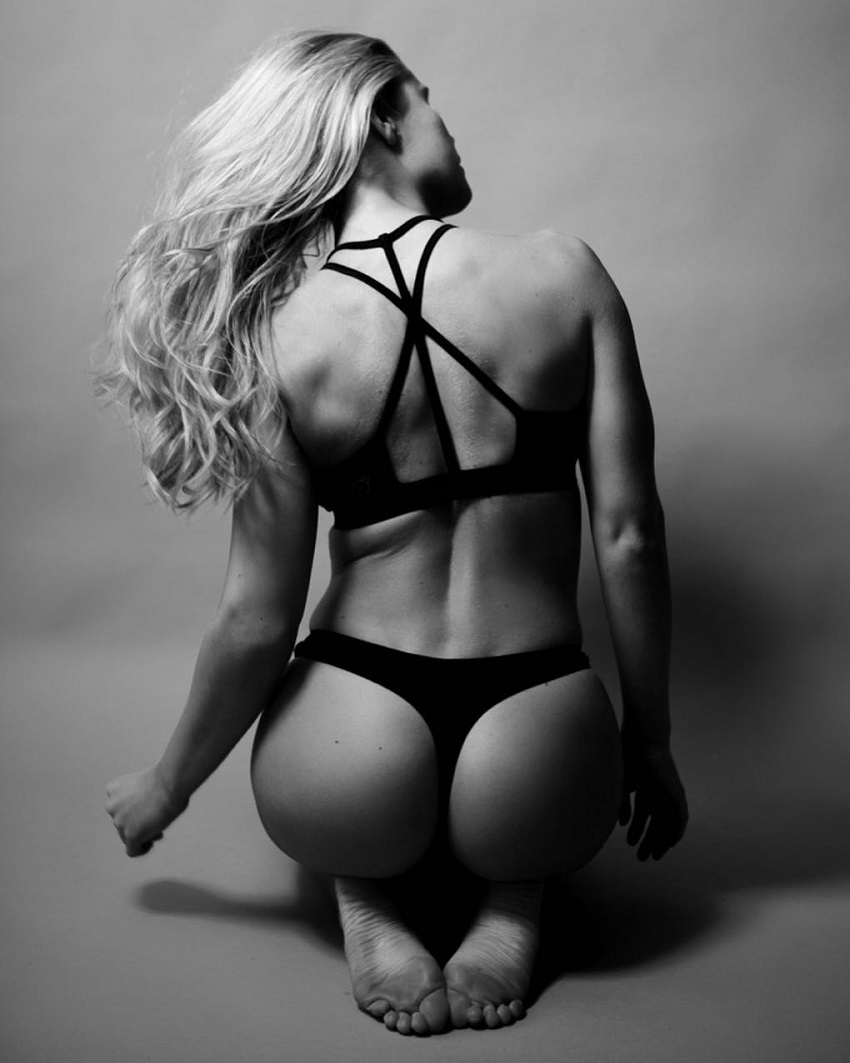 “I try to talk to people about the mistakes that I’ve made so that other people won’t make them, especially when it comes to obsessing about food, weight and body image.” 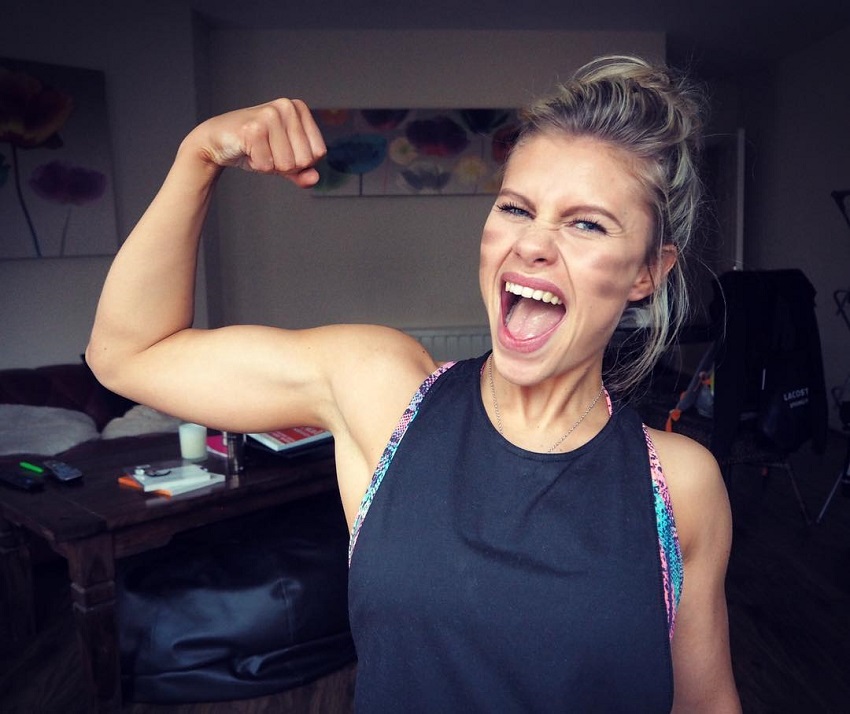 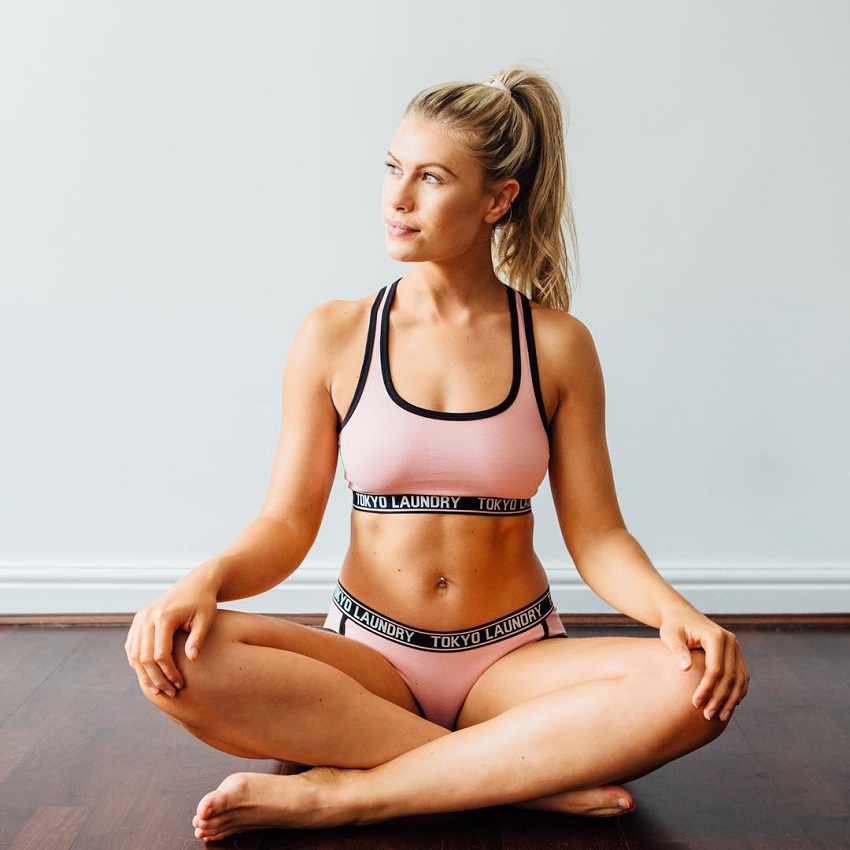 Victoria Niamh Spence trained to become a dancer in her youth. At the age of 16, after years of practice, she joined a professional dance college where she began her career. But soon, things took a turn for the worse.

By the age of 18, Victoria became “hyper-aware of my body.” She believed that the only way for her to be successful was to have a perfect figure. In Victoria’s words; “I felt I was only going to be successful if I had 6 pack abs, and got rid of the bulk in my thighs.” 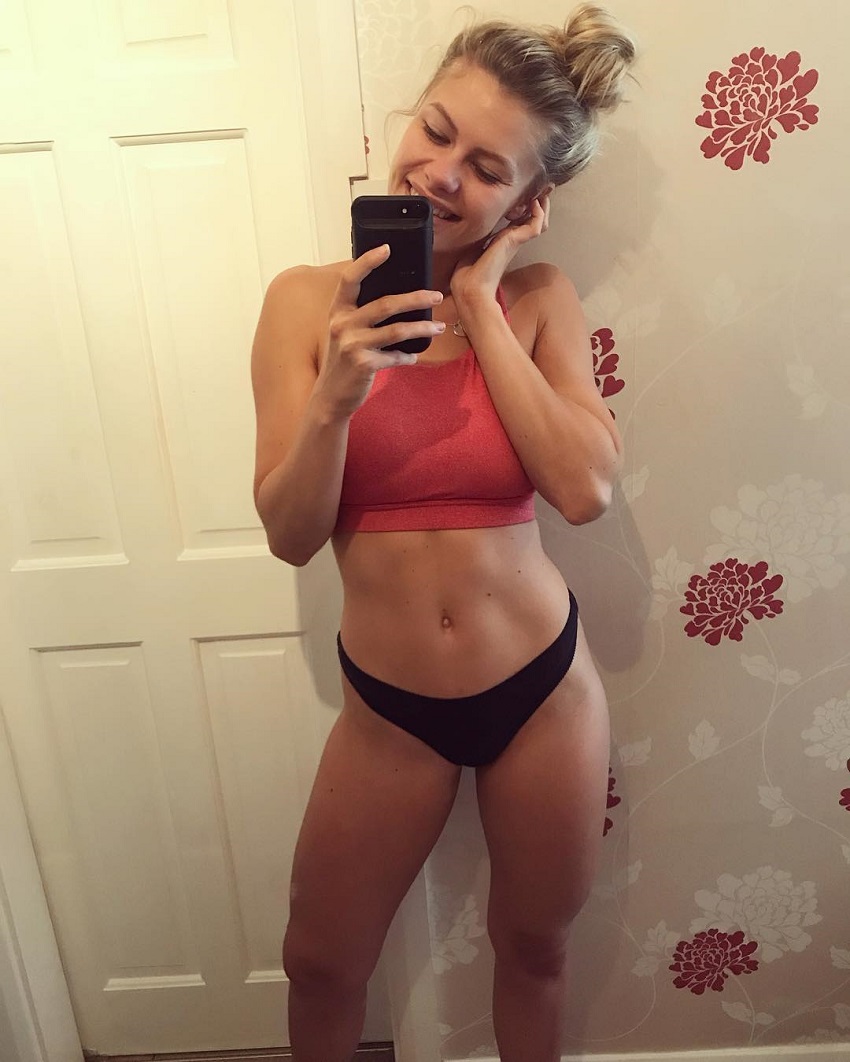 In order to achieve her goals in dance, Victoria was willing to do almost anything. She began restricting her calories, weighing herself three times a day, as well as running 10 kilometers each night. Needless to say, this soon saw her lose a lot of weight.

Eventually, Victoria reached her lowest point, weighing only 39 kilograms. As she began to realize what she did to her body, Victoria became depressed, anxious, and unhappy with her life.

It wasn’t until late 2014 when Victoria finally decided to make a change. One day, she was looking at a picture of herself in a bikini, with bones protruding from her undernourished body.

Horrified by what she saw, Victoria decided to seek help. She contacted a therapist with whom she began working on beating her disorder. 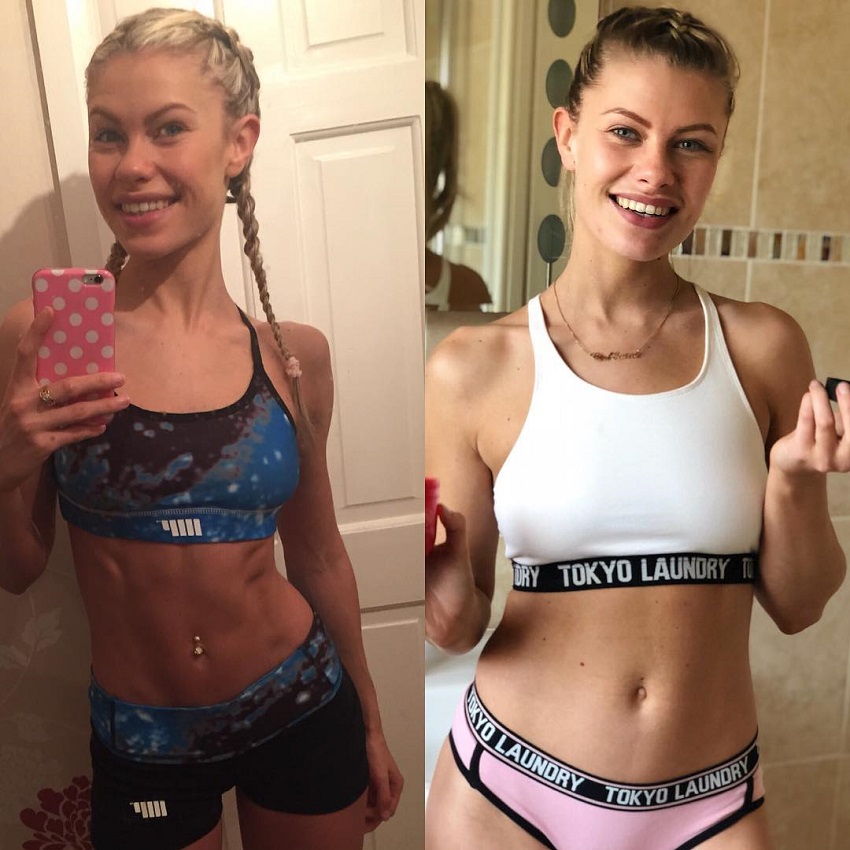 Bodybuilding – An Extension of Her Eating Disorder

At first, Victoria didn’t see a lot of results from her therapy sessions. But she wasn’t giving up. With the help of her therapist, as well as her own determination, she eventually started to see progress.

In time, Victoria was able to get back to a healthy weight and live a normal life. However, there was one final obstacle Victoria had to overcome.

After getting back to a healthy weight, Victoria became interested in bodybuilding; bikini competitions in particular. It was at this point, she began going on a downward spiral again.

During the preparations for her first contest, Victoria began losing weight rapidly. Once again, she found herself battling against her eating disorder.

Overcoming Anorexia, Once And For All

“I started doing bikini competitions, where I was counting macros and calories, it gave me a sense of control again, but ultimately I believe it was an undercover eating disorder,” says Victoria.

Fortunately, Victoria was able to recognize her problems on time. With the help of her partner, she radically changed her habits to overcome her disorder once and for all. 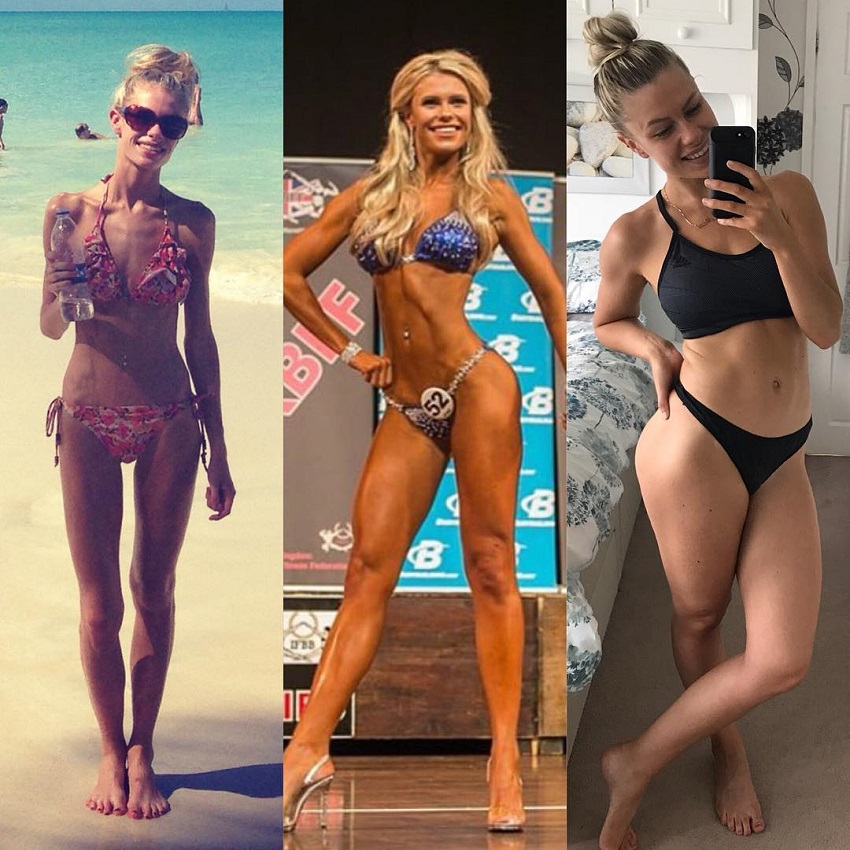 Victoria’s transformation –  from anorexic to fit.

Now at a healthy weight of 58 kilograms, Victoria doesn’t obsess over food anymore and is happy with her body.

She trains hard in the gym and eats nourishing foods which help her to maintain her awesome physique.

She’s also made a name for herself in the fitness industry, using social media to spread her message; “I post in the hope that someone out there feels the same and so they don’t feel alone anymore.” 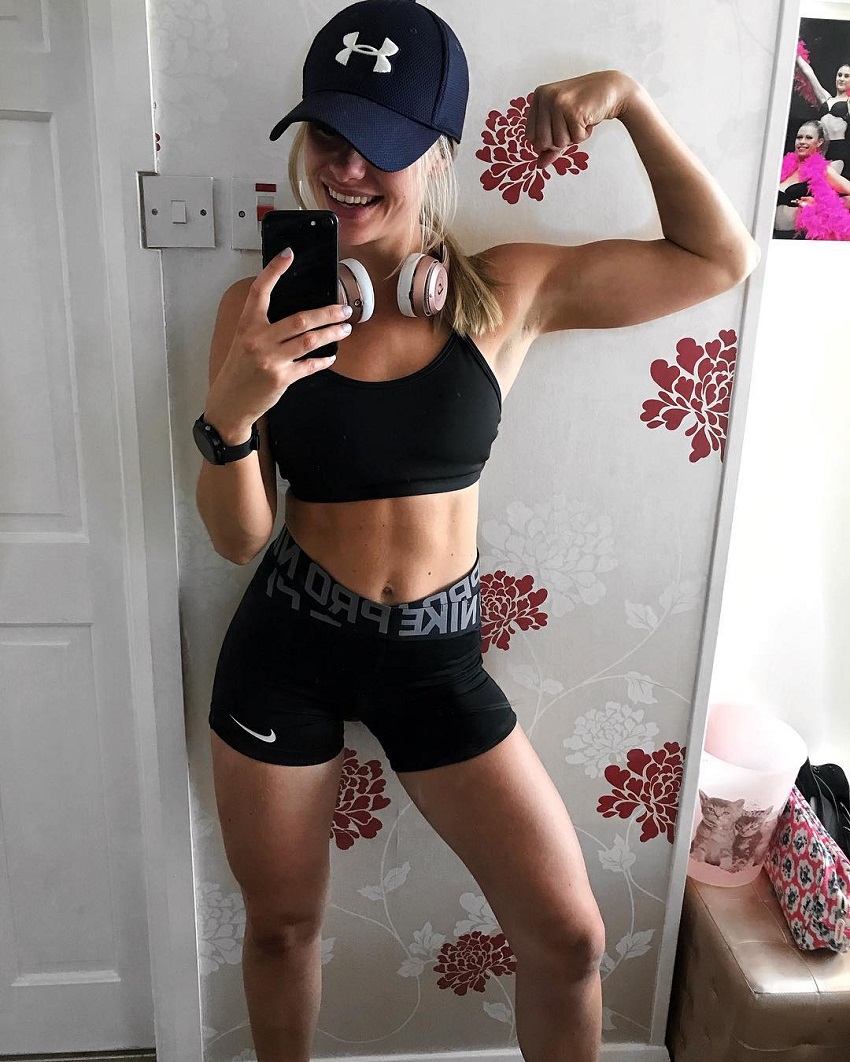 While initially, Victoria did a lot of cardio, she now mostly trains with weights. She does a lot of heavy multi-joint movements, which tone and sculpt her figure.

When she’s done with her workouts, Victoria likes to stretch. This helps her improve blood flow into her muscles, along with reducing the risk of an injury.

Nowadays, Victoria eats a healthy and nourishing diet. She doesn’t restrict herself to any type of food, but still makes sure not to overdo it with fast food and sugars.

“Now I feel like I eat very normal foods like spaghetti bolognaise, curries, fajitas, I make it all fresh but it’s very ordinary stuff.” 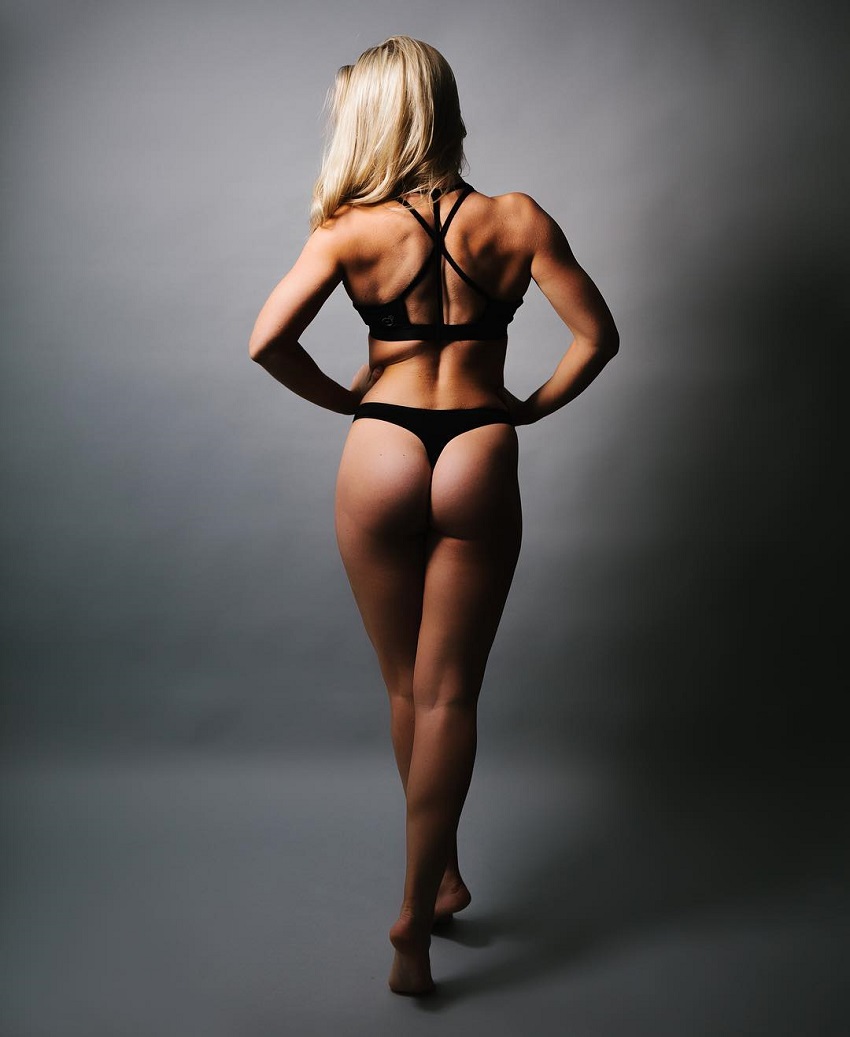 “He’s been amazing, he’s the first person to show me what it was like to love who you are on the inside and made me feel more confident.” – Victoria Niamh Spence 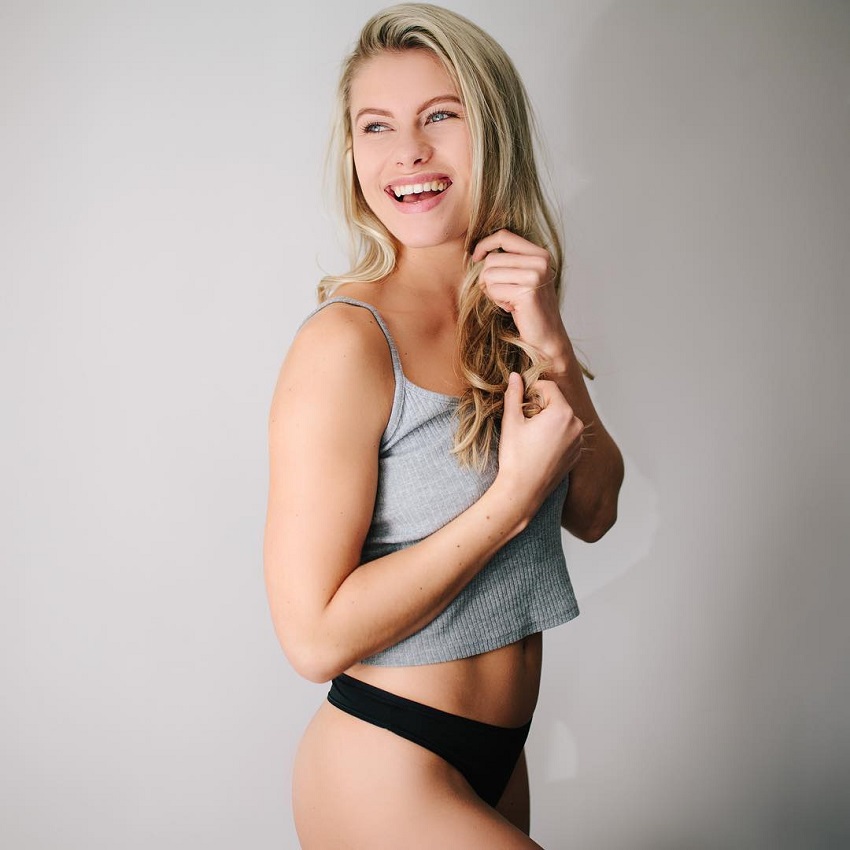 What we can learn from Victoria Niamh Spence

If nothing else, Victoria Niamh Spence has shown us that there’s always a ‘light at the end of the tunnel.’

She battled a terrible eating disorder, but she didn’t give up. Through perseverance, faith, and sheer strength of will, she was able to overcome her demons.

If there’s something we can learn from Victoria, it’s to never let adversities bring you down. Instead, use them as a fuel to come back stronger than before – just like Victoria Niamh Spence did.