Rebecca Voigt Miller is one of the most recognized CrossFit athletes from the USA. She’s been competing in the CrossFit Games since its very inception in 2008, and has gone on to become the most consistent athlete in the sport.

With nine consecutive CF Games appearances, Rebecca has often finished in top places in the competition. She took third place in 2011 and collected five top-15 finishes during her extensive career.

With her amazing feats and equally impressive physique, Rebecca has cemented her name in the history books of CrossFit – here’s how she did it: 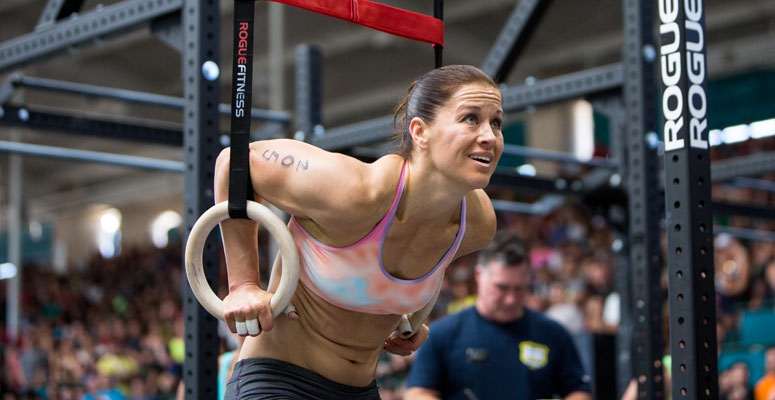 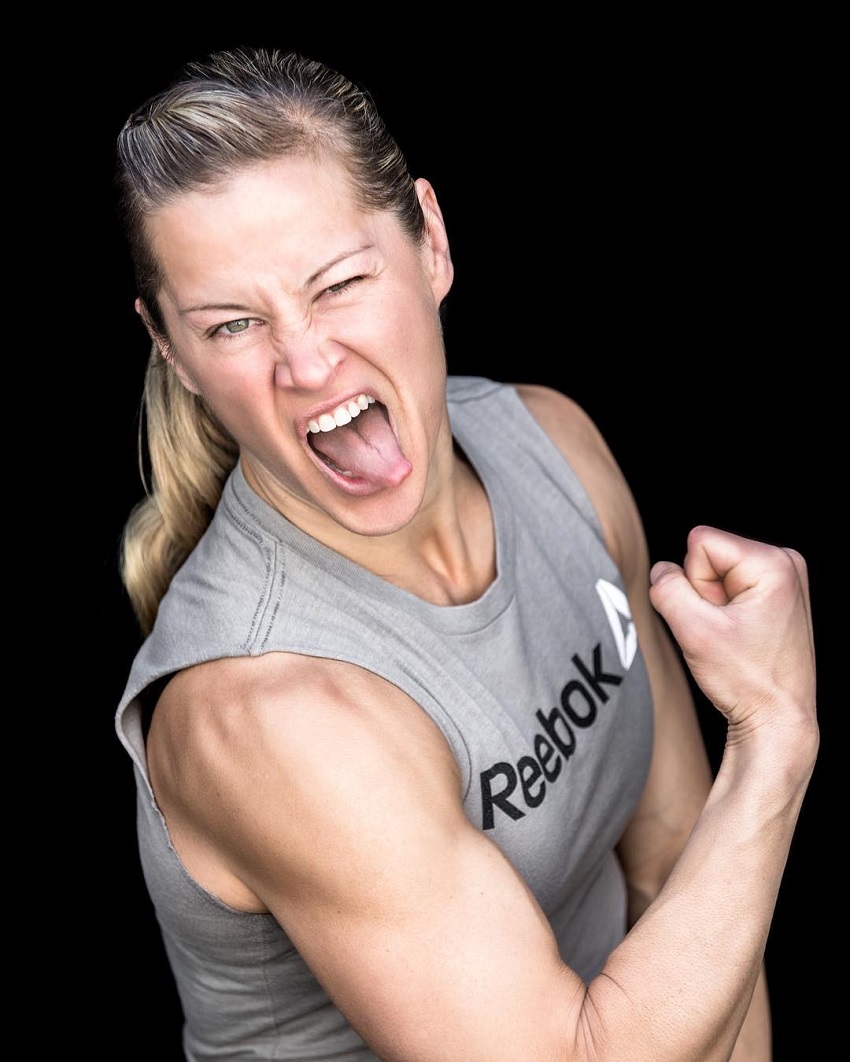 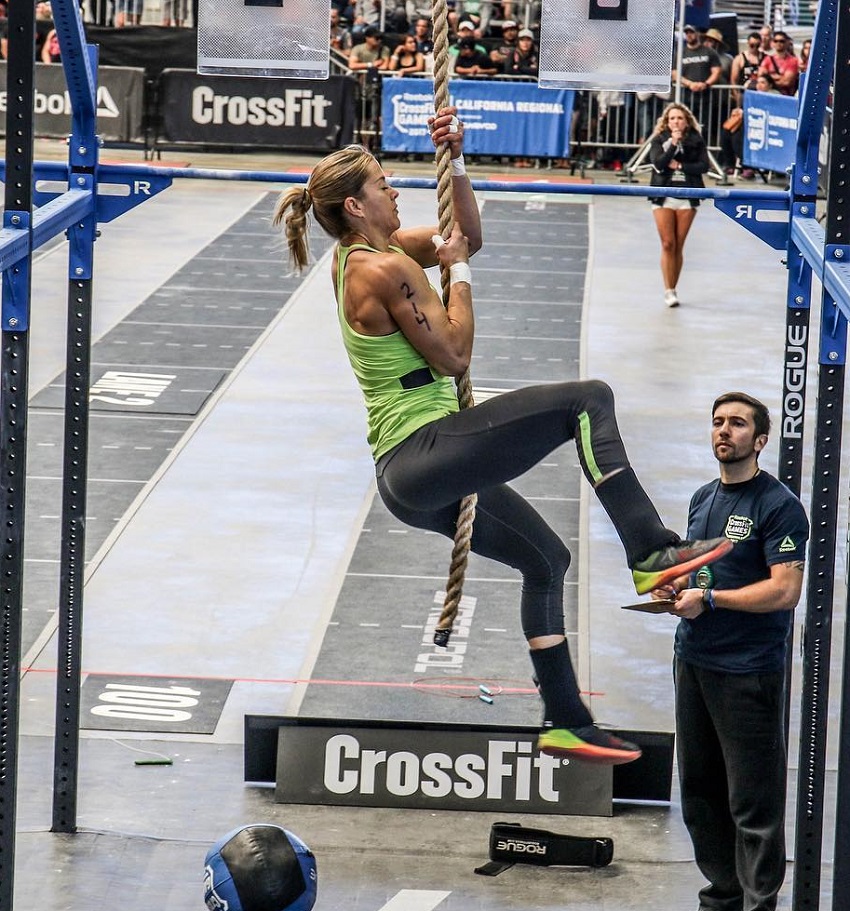 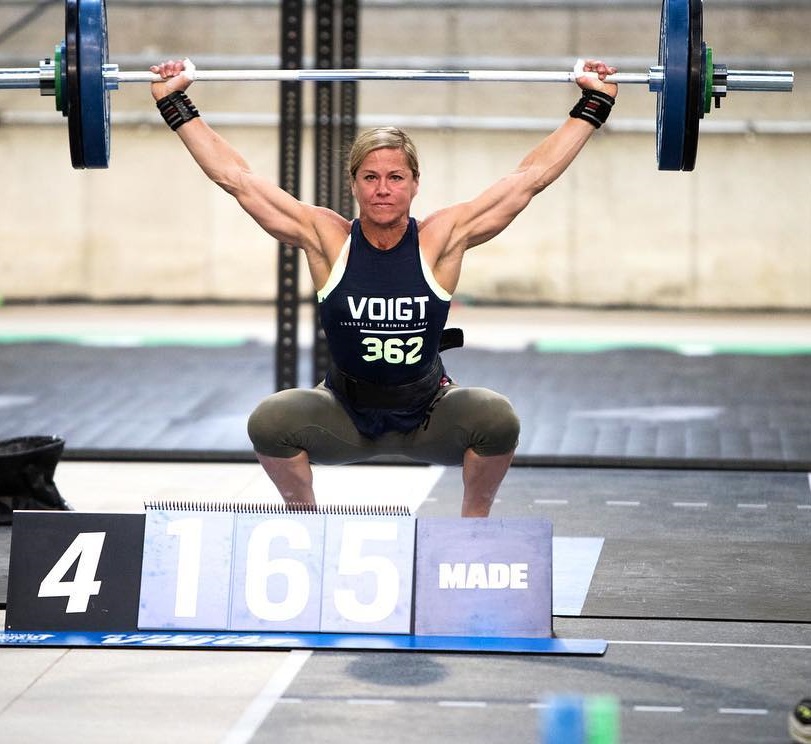 A former basketball player in college, Rebecca Voigt Miller has always loved playing sports. Because of her competitive nature, Rebecca quickly became interested in CrossFit after discovering it in 2008.

At the time, CrossFit was still a new sport with an emerging category called CrossFit Games. The Games were designed as a competition which would feature athletes from across America that would compete against each other.

Intrigued by what the competition offered, Rebecca became interested in participating as one of the athletes there. Ultimately, she became one of the first athletes to sign up at the contest in 2008. Rebecca said;

“2008 was my first year competing at the CrossFit Games … at The Ranch in Aromas, I felt like this was the Woodstock of fitness. We all gathered on the hill and hung out in the dirt. The music was loud. People camped there, too.” – Rebecca Voigt Miller 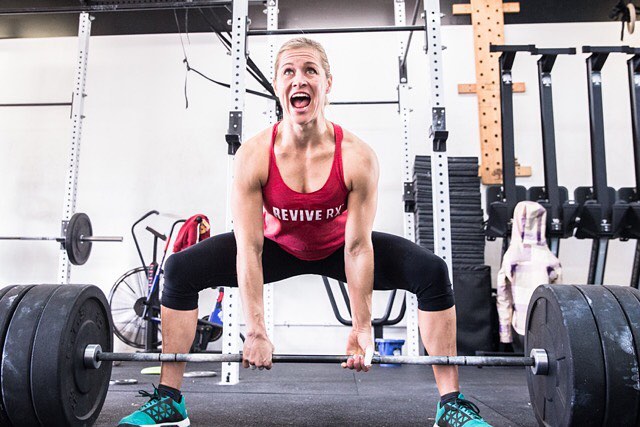 When CrossFit Games were first advertised as a contest, only 70 athletes signed up to participate. However, in only several months, the roster had grown to over 300 contestants. One of them was Rebecca Voigt Miller.

Then, during summer 2008, the first CF Games were officially underway at the Ranch in Aromas, California. Rebecca was one of the 300 athletes there, supported by over 800 fans on the hillside.

The competition featured four main events, with one of the toughest being Fran – chest to bar pull-ups. Here’s Rebecca describing her experience doing Fran for the first time; “At that time it was such a scary workout. It was a lot of chest-to-bar pull-ups. I don’t think I had done that many before. I tore my hands… and there was blood everywhere!”

Even though she injured herself, Rebecca finished the Games in seventh place and was ‘hooked’ on CrossFit from there on.“It was so much fun. The camaraderie among the athletes made it feel like a team event. The experience ignited a spark inside me. I wanted to compete more after that,” said Rebecca.

After the CF Games in 2008, Rebecca began to prepare for the next annual event. However, she was hindered by injuries in the process.

During her training and competitions, Rebecca received several injuries which required surgeries. This forced her to stop training for a while, putting her appearance at the 2009 CF Games at risk. She said; “I had had surgeries before, but these were my first as a CrossFitter, so this was a proving ground for me. Post-surgery I had to show myself that I still had it and could hang with the girls.”

Fortunately, Rebecca was able to recover quickly enough to participate at the 2009 Games, but she wasn’t fully ready. To make the matters more difficult, the 2009 CF Games were even tougher than the competitions from previous years – featuring eight events in two days.

Because of this, Rebecca finished in 20th place in the contest. She said; “This was the last Games in Aromas and my worst finish. I was afraid that my surgeries would have a negative effect on my performance. They really didn’t, but the stress about it played with me mentally.” – Rebecca Voigt Miller 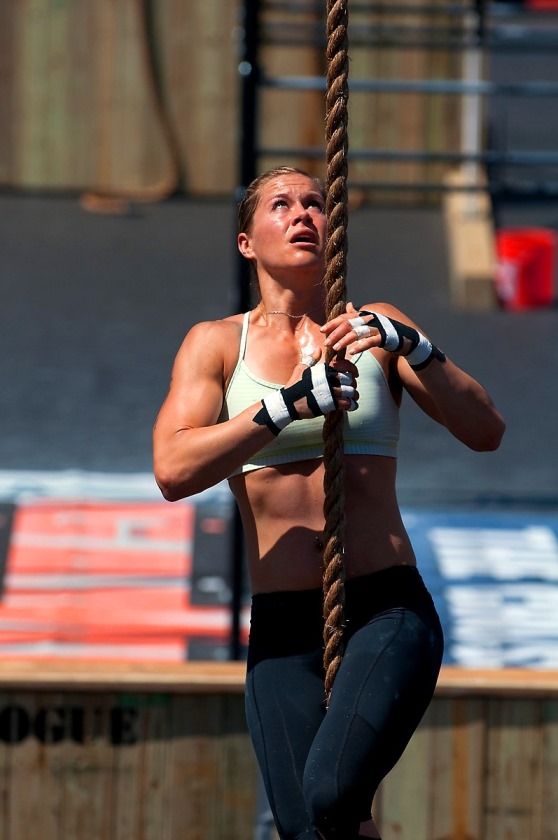 In 2010, Rebecca made yet another appearance at the CrossFit Games. This time, however, she wasn’t bothered by the injuries or setbacks – allowing her to perform at her best.

The 2010 CF Games moved from The Ranch in Aromas to the Home Depot Center in California. All athletes, including Rebecca, had to go through two qualifying regional contests before taking part at the main event.

“Throughout the whole weekend, we were all thinking about how far we had come since The Ranch … looking back on that though, it was still so small.”

Competing at a huge 6,000-seat tennis stadium, Rebecca topped all of her previous records in the Games. She won five events and took three runner-up finishes. Overall, she finished in 7th place that day. 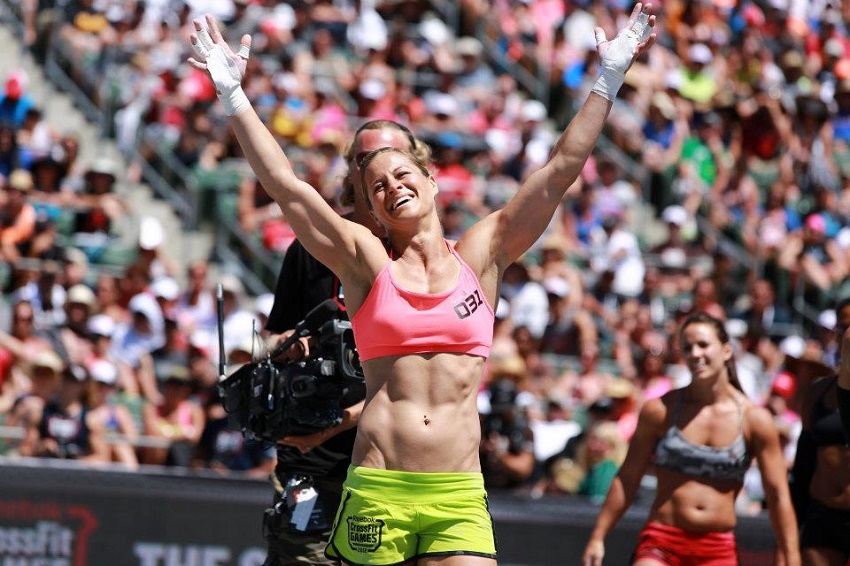 Becoming a Household Name in CrossFit

Throughout the years, Rebecca kept climbing the competitive ladder in CrossFit. In 2011, she achieved the best result of her career, taking third place in the CF Games overall.

By 2018, she became one of the longest standing CrossFit veterans in the world, and arguably the most consistent athlete to ever grace the sport.

With nine consecutive CF Games appearances, and her amazing dedication, Rebecca has become an idol for CrossFit competitors and fans around the world. 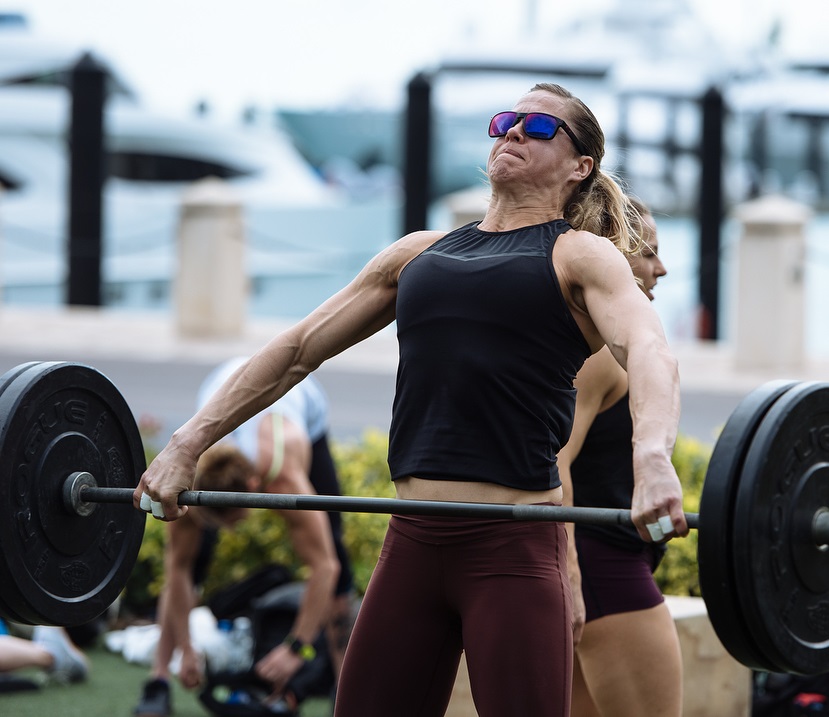 However, while Rebecca enjoys training hard, she also places a lot of emphasis on her recovery. Specifically, she takes rest days when she feels her body needs them. As a result, she’s able to perform at her best year-round. 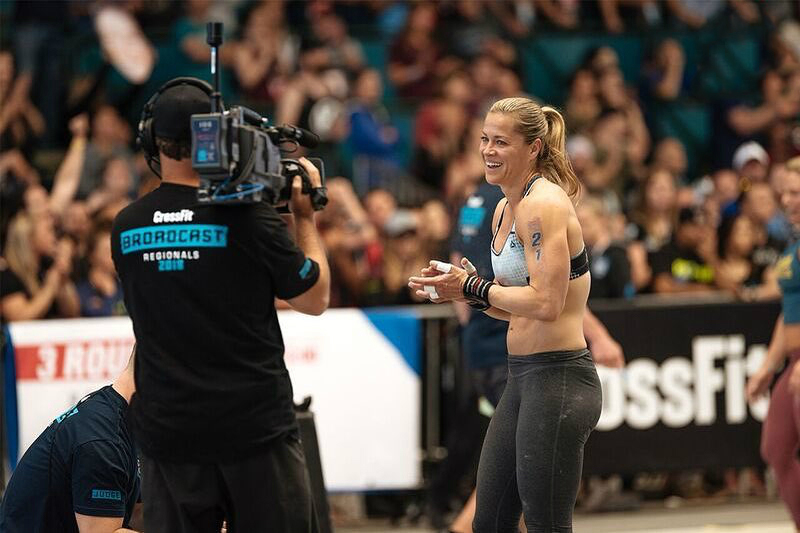 Rebecca’s nutrition plan is made up of healthy proteins, such as lean chicken breast, plant protein sources, and grass-fed beef steak.

Her carbs come from complex sources, such as sweet potatoes, rice, and whole-grain pasta. On the days where she trains extremely hard, Rebecca also includes some simple carbs which give her a quick energy boost.

Lastly, Rebecca eats nuts, avocados, and seeds as her main fat sources. These foods not only provide her with a stable source of energy, they also support her general health. 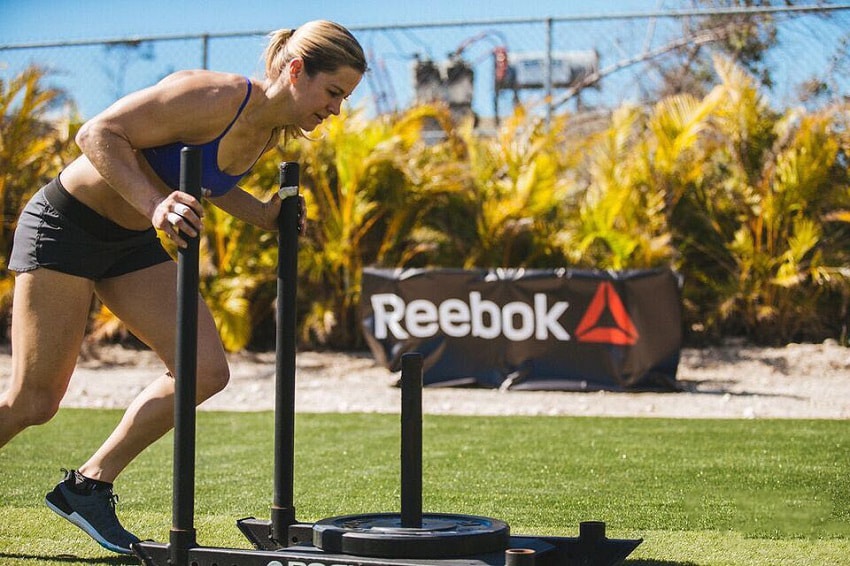 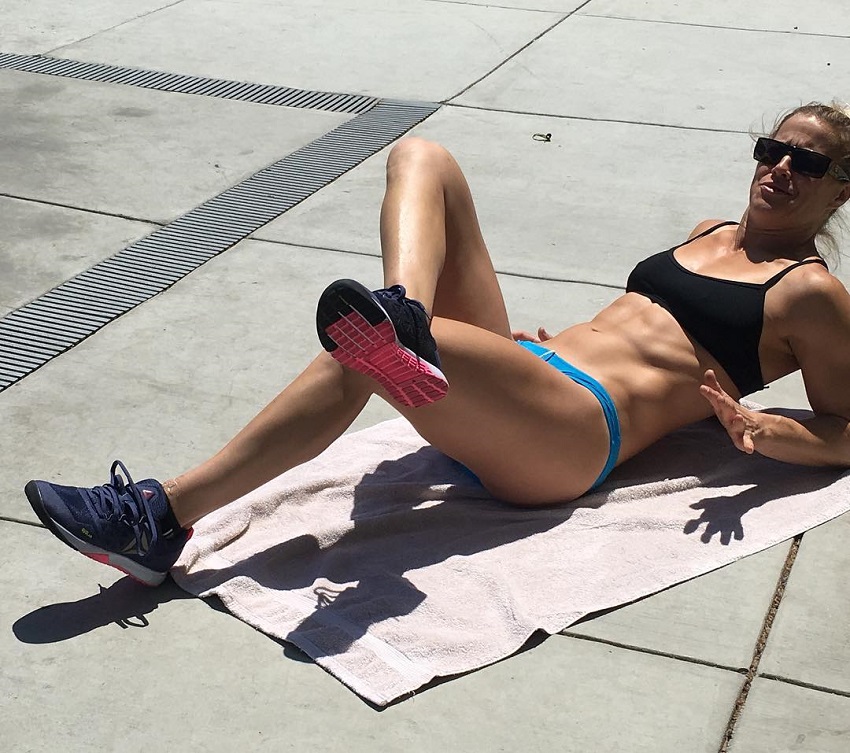 What we can learn from Rebecca Voigt Miller

The main lesson Rebecca Voigt Miller has taught us, is that nothing is impossible when you work hard for your dreams.

As soon as she discovered CrossFit, Rebecca knew she wanted to build a career in the sport. Through consistency, hard work, and dedication, she turned her goal into reality.

With the same mindset as Rebecca, you too can achieve your own goals, whatever they may be.