Rebecca Burger was known as a French fitness model, bikini competitor, and lifestyle blogger. She was an avid volleyball player growing up, becoming a part of a French national volleyball team in her youth.

Building on her success in sports, Rebecca soon started to lift weights in the gym. It was at this point she began developing a passion for the ‘iron sport.’ Throughout the years, Rebecca’s passion for weightlifting grew even further to become a bikini competitor and published fitness model.

However, Rebecca’s career never reached its full potential – her tragic death at the age of 33 left everyone wondering, what she could’ve, or might have been. 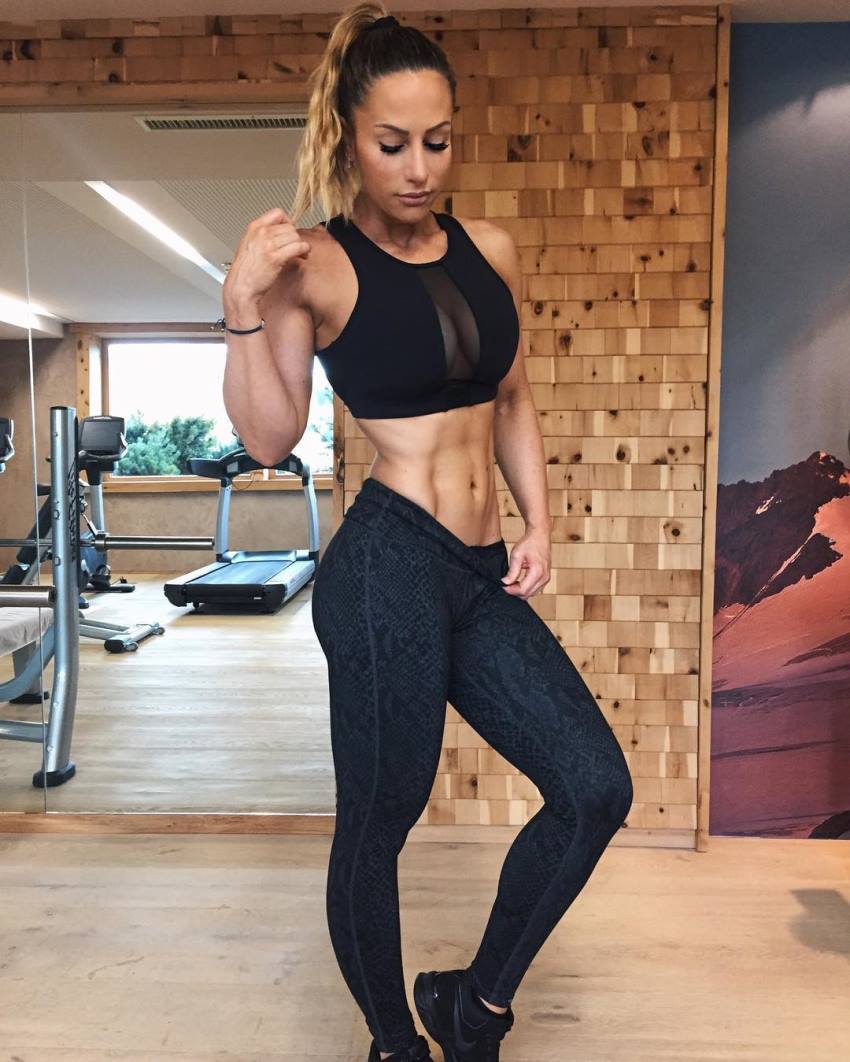 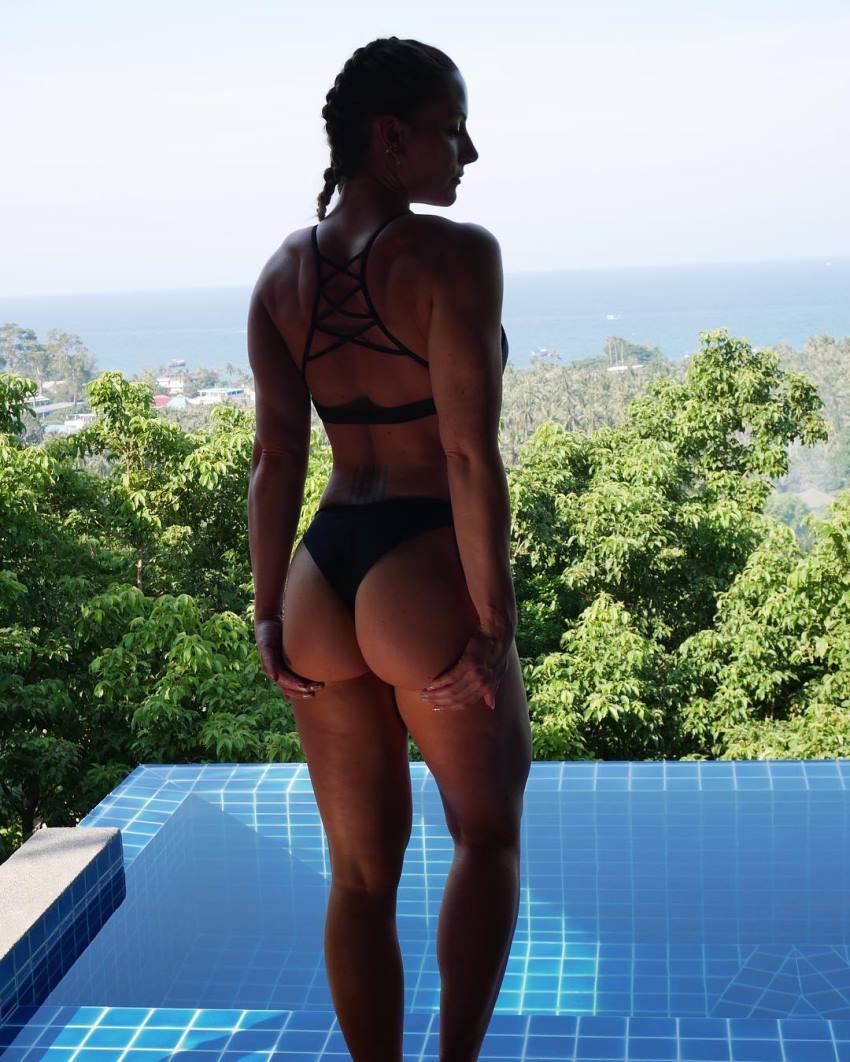 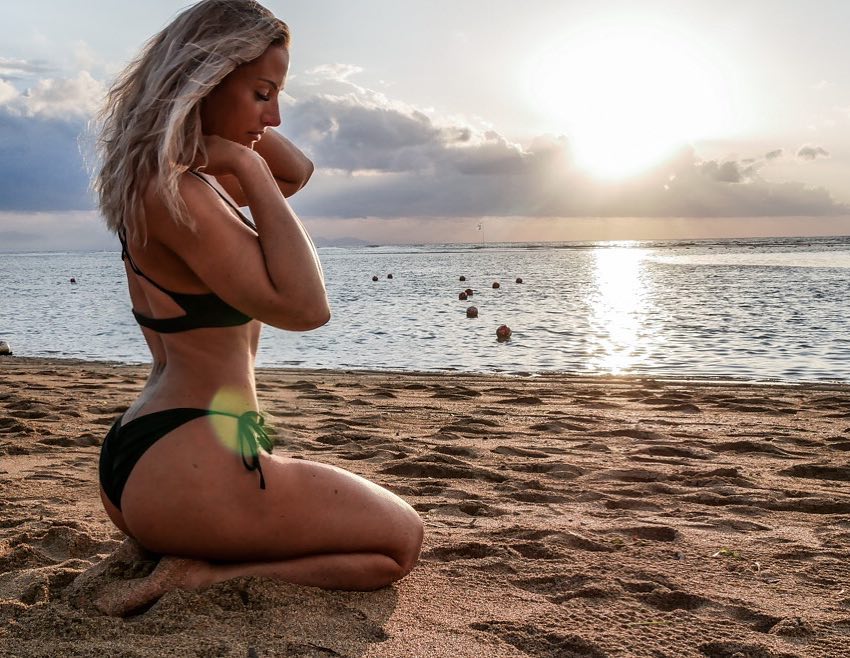 Rebecca Burger was born and raised in France, where she grew an interest in sports from an early age. When she was a child, Rebecca developed a passion for volleyball, which carried into her high school years.

It was during high school, Rebecca began to demonstrate remarkable performances in volleyball. As a result, she was granted a place on the national volleyball team. As she said; “I played volleyball for many years at the French national level so sport and conditioning have always a big place in my life.” 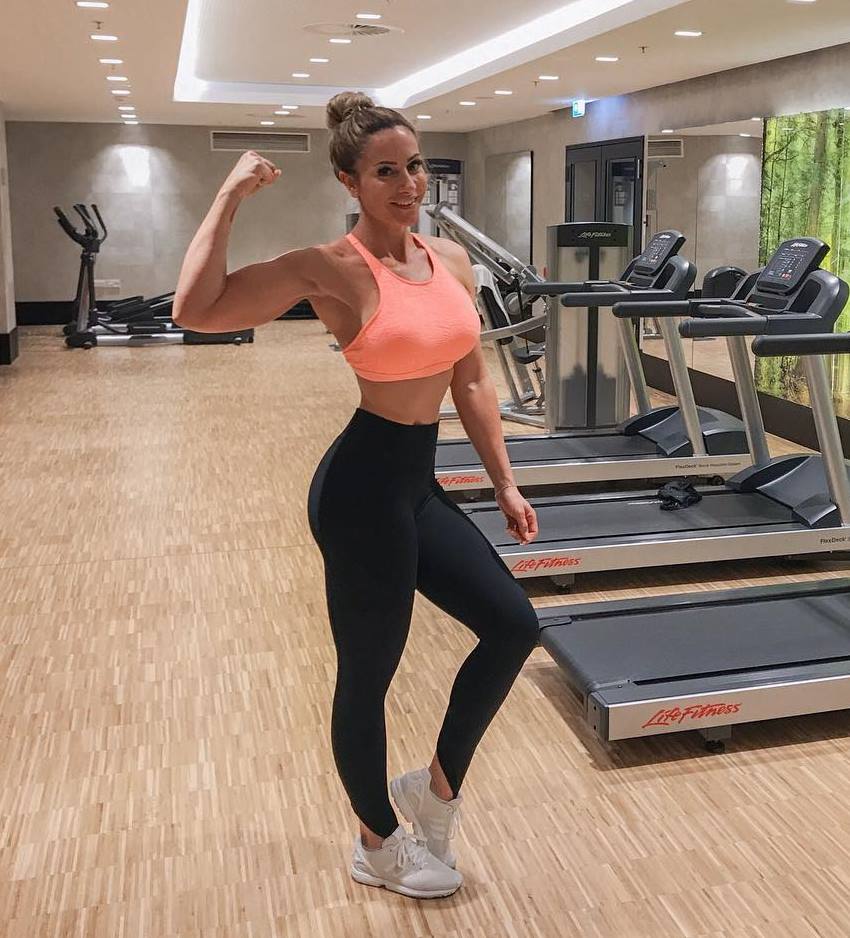 As Rebecca was nearing the end of her schooling years, she became tired of volleyball, believing it didn’t hold the niche potential for the success she hoped for. Because of her thirst for success, she quit playing volleyball altogether.

In search for a new challenge, Rebecca stumbled across bodybuilding. She saw weight training as an ideal way to stay active, saying; “When I stopped volleyball I decided to go to the gym to maintain my activity.”

As she progressed with her training, Rebecca gradually developed a passion for her new hobby. Soon, her quick progress in the gym, accompanied by her newly-discovered passion for weightlifting, saw Rebecca become fully engrossed into the fitness lifestyle. 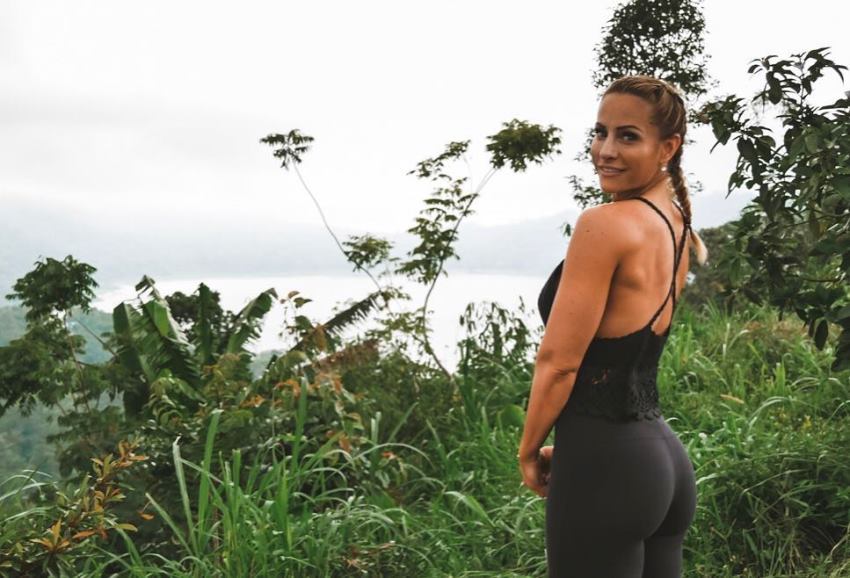 In 2013, after months of research on training and nutrition, Rebecca became confident about stepping onto the fitness stage to compete in bodybuilding shows.

With a new goal in mind, Rebecca began her preparations. Several months later, she entered the Grand Prix Gym and Co in France, finishing in a 2nd place.

Proud of her first ever performance on the stage, Rebecca was now determined to reach an even higher level of success as a fitness competitor. In the following two years, she took part in eight shows. Her best results from this period were; 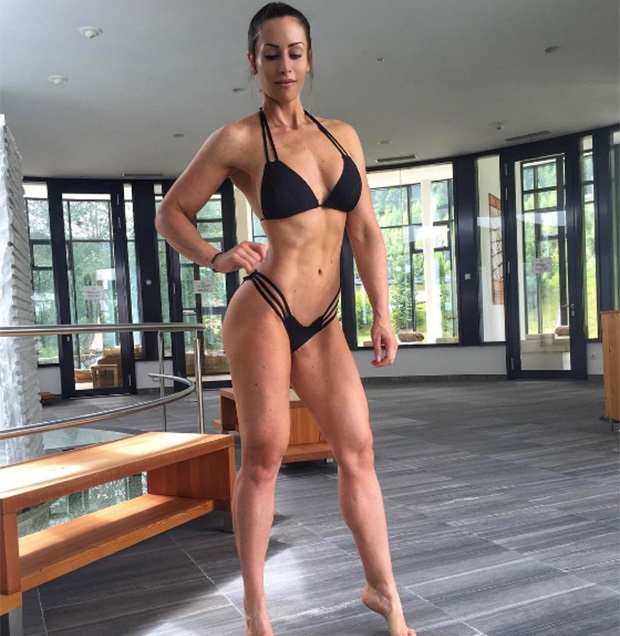 Building on her success as a fitness competitor, Rebecca also became involved in fitness modeling. She caught a break when a modeling company contacted her for work, offering her the opportunity to make a name for herself in the industry.

Rebecca took full advantage of the offer made by the modelling company. As a result of this, she became a published fitness model. 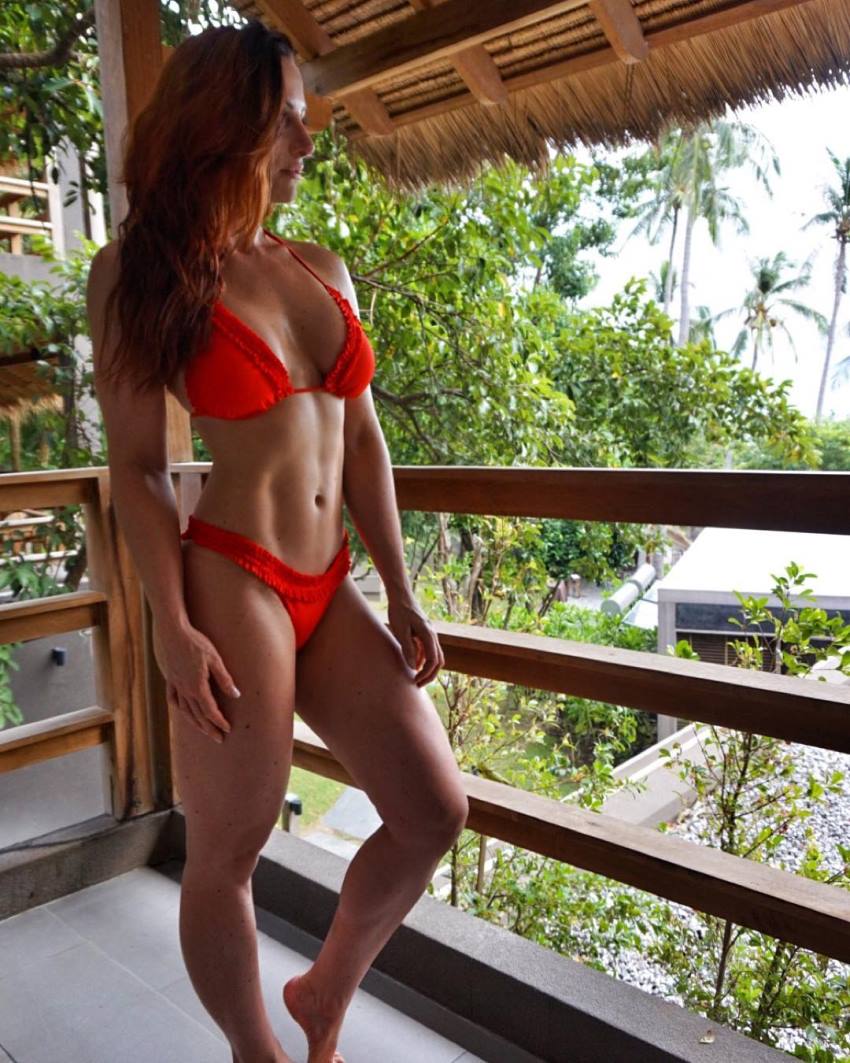 On June 18th, 2017, Rebecca Burger died following a tragic accident. While she was at home with her family, Rebecca used a whipped cream dispenser which exploded into her upper chest area, subsequently putting her into cardiac arrest and leaving her dead at the scene. 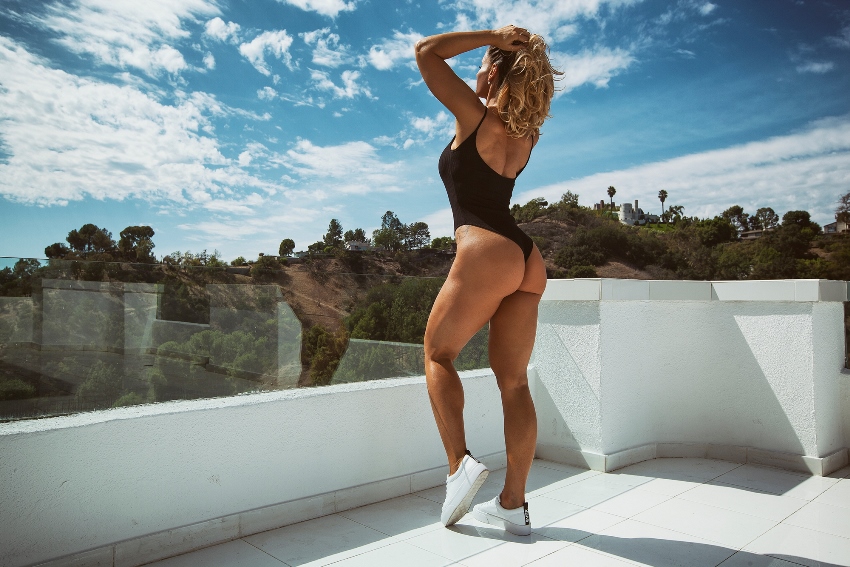 Rebecca used to change her workout routines depending on her schedule and goals.

Here’s how her typical week of training looked; 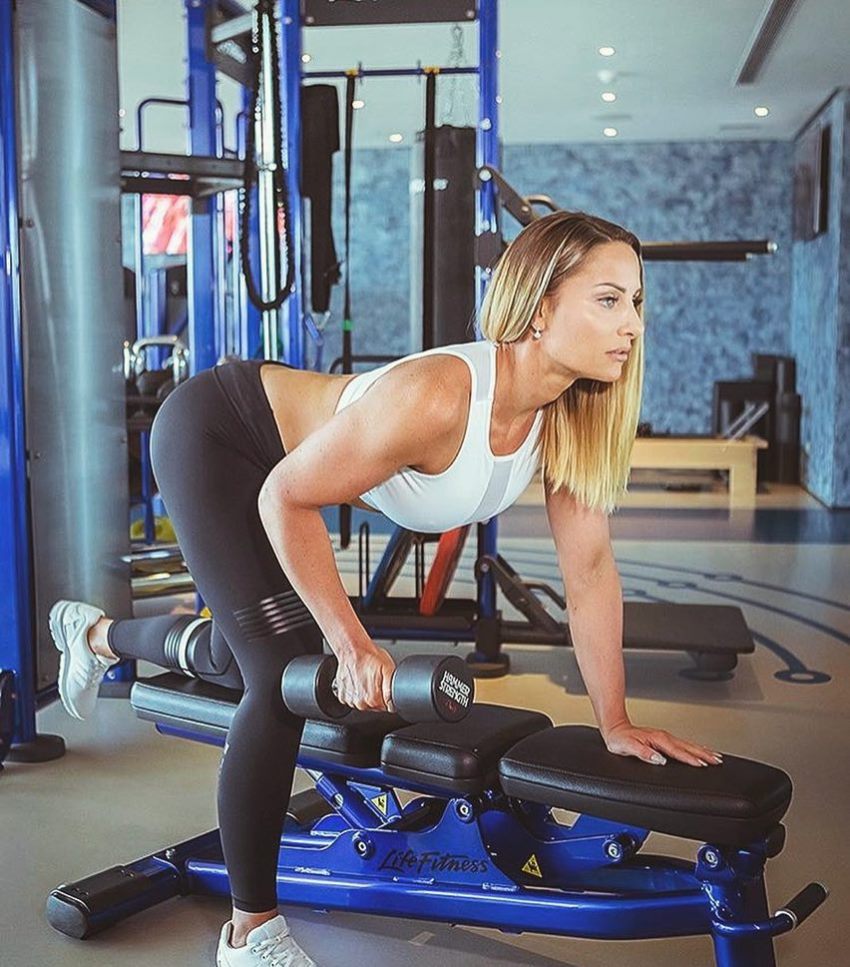 Rebeca said, even though she was someone who always had well-developed glutes. It wasn’t until she started training with weights when her glutes reached their maximum potential.

In order to maximize her glute development, Rebecca did a lot of squats, deadlifts, along with isolation exercises.

Rebecca used to follow the rule “no diet, no abs.” In other words, she always prioritized her diet over anything else if she wanted to have a lean midsection.

That said, she incorporated a regular ab routine alongside a healthy diet to maximize her results. Her favorite ab exercises were cable crunches, seated oblique twists, and decline bench sit-ups. 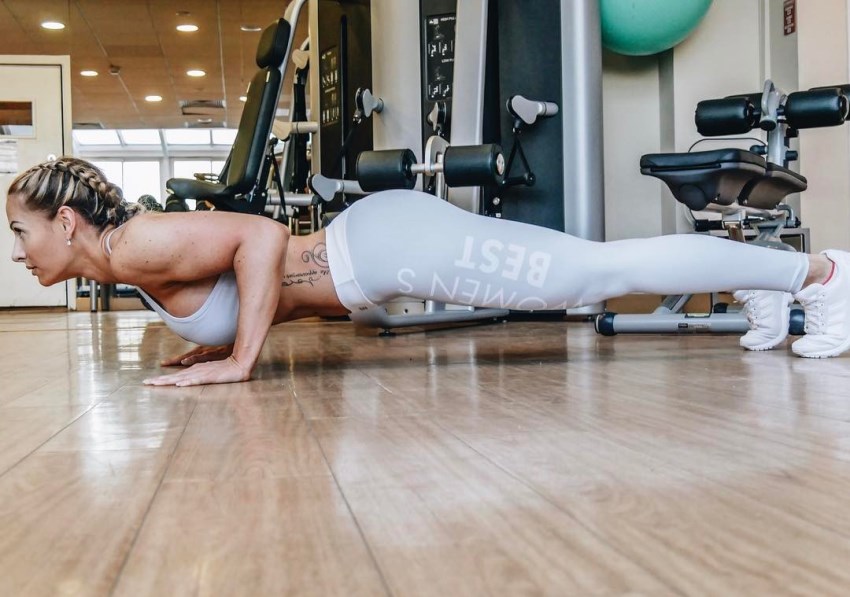 Rebecca ate a meal every two to three hours, having a balanced ratio of the essential macros. She used to incorporate lean proteins, complex carbohydrates, a lot of fruits and vegetables, and healthy fats in her diet.

In terms of foods she avoided, these were sugars and processed meals, along with limited amounts of sodium.

“It’s important to keep your diet balanced, varied and not frustrating. During the ‘off-season’, I have a cheat meal once or twice a week.” 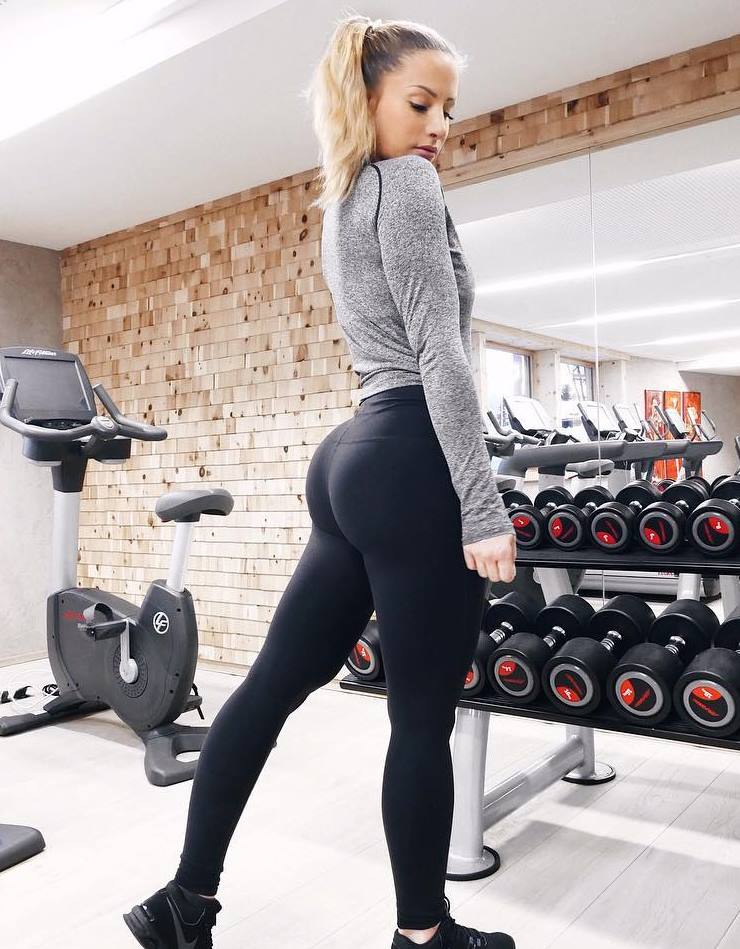 Rebecca was someone who was motivated by her own progress in the gym. She said; “Seeing progress and results is the best motivation. I like setting goals.

Having a goal motivates me to work out harder to be able to achieve it. I also get inspiration from motivational photos I find on the internet and on fitness websites.” – Rebecca Burger 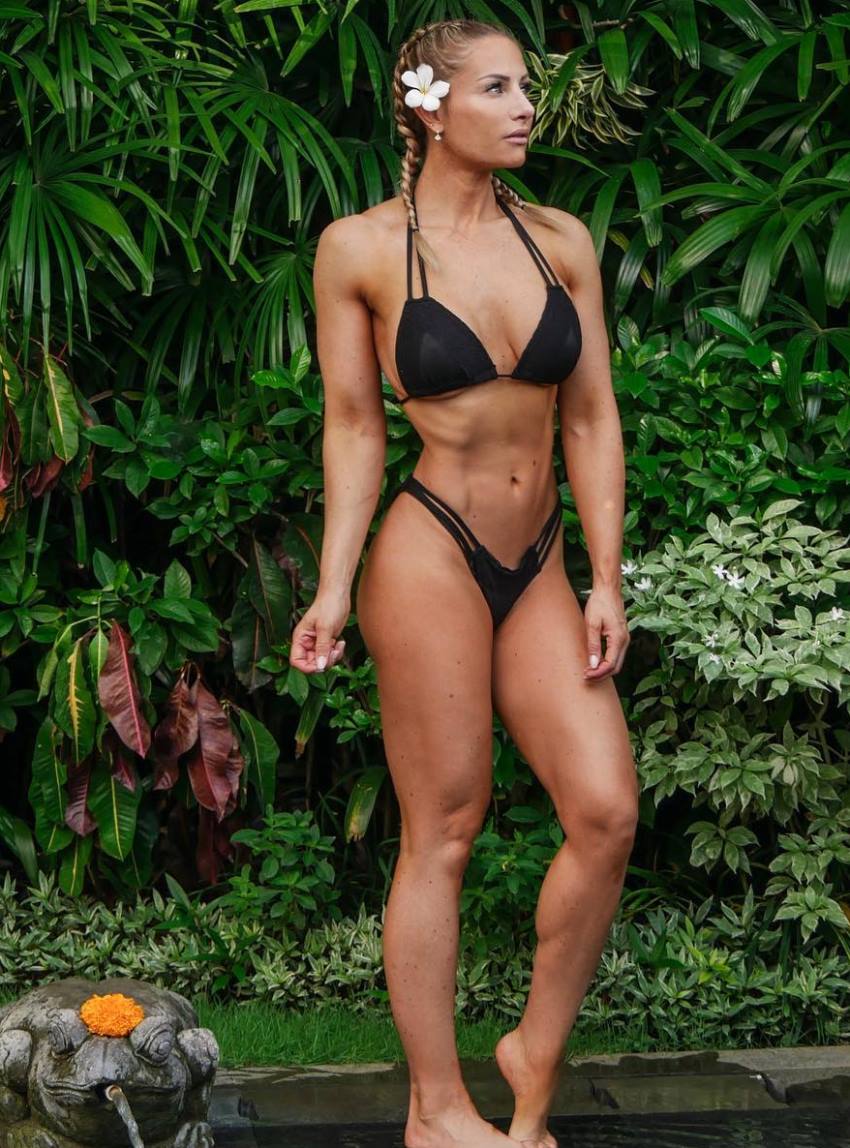 What we can learn from Rebecca Burger

While Rebecca Burger lived a short life, it was filled with passion, and a love for health and fitness. Rebecca never settled for ‘mediocrity’, but instead, she did what made her feel fulfilled, happy, and content, grabbing onto every opportunity she was presented with. This, as a result, allowed her to live her life to the fullest.

There are some valuable lessons we can take from Rebecca Burger and her story. Possibly the most important one is this; Take full advantage of each opportunity life gives you, because you never know how many you’ll get.