Miranda Oldroyd was one of the first women to have competed in the beginning of the Crossfit games. Her success has taken her across America as one of the best competitors from the West Coast.

One thing led to another, and Miranda went to a Crossfit gym in her local area. Within a short period of time, Miranda became hooked to Crossfit.

Year-after-year Miranda became stronger, more skilled, and fitter. She then took to competing, winning many competitions in team events, and placing in respectable positions as a single competitor.

With no signs of Miranda slowing down, she continues to lead and inspire fans all over the world. Here’s her story: 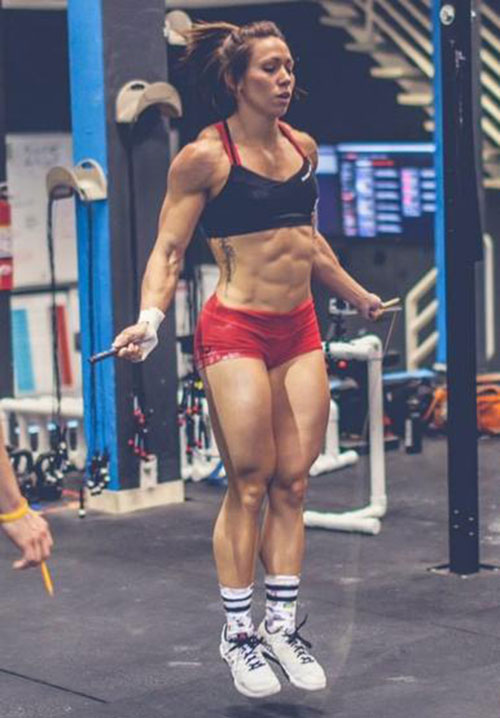 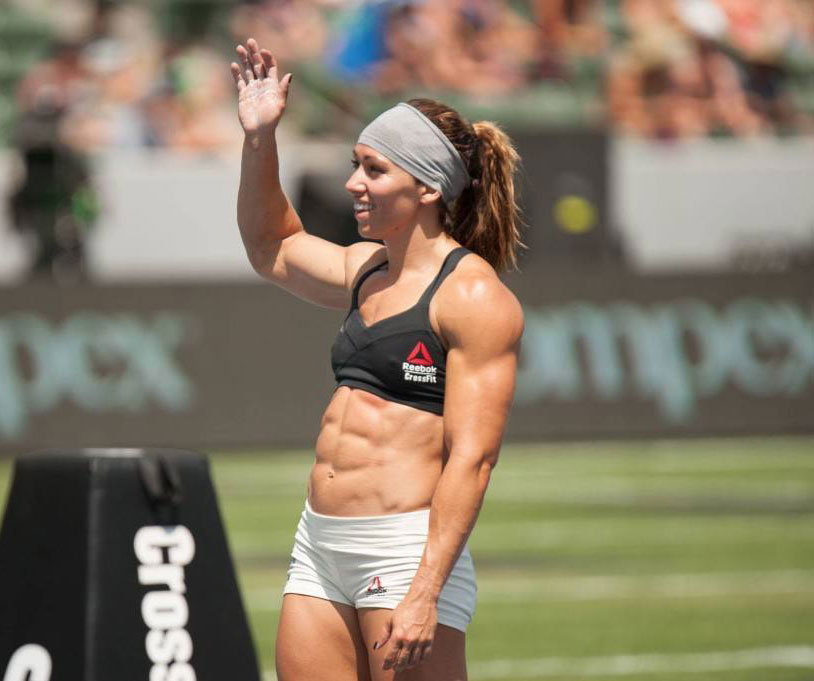 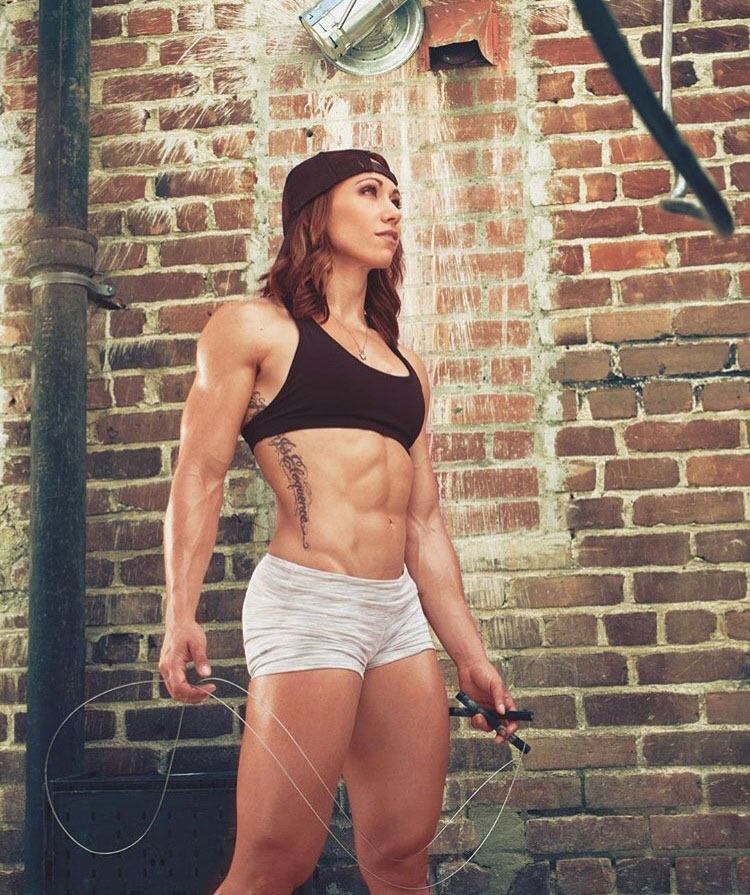 “I would guess there is SOMETHING in my genetic make up that allows me to get really lean with clean eating and training, maybe even more lean than most people. But, I come from a family with 4 brothers and a sister, none of whom look like what I look like. None of us have ever even really been athletes out of high school and recreational stuff. I am pretty sure I outweigh 2 of my brothers and I have other siblings who have struggled with being overweight. So, sorry. I did not come out of the womb like this.”

Miranda Oldroyd first became involved with Crossfit after realizing her standard workout plans for her clients were becoming repetitive.

After discussing different workouts with her husband (an ex-Navy Seal), she begun searching the internet for Navy Seals training in Utah. After a quick search, the first thing she found was a number of Crossfit gyms close to her local area.

Once she started training, one thing led to another and Miranda became ‘hooked‘ to Crossfit. After a period of time, Miranda opened the first Crossfit gym in Slat Lake City.

Needless to say, Miranda went from strength to strength after months of intense training. She then begun to compete in some of the very first Crossfit competitions, leading the way for other women in Crossfit.

In 2015 Miranda was part of the winning team of the California Regional, a year previous in 2014, her team came in a respectable 3rd place, and in 2013, and 2012 she came in 7th place as an individual competitor.

Looking at her results, Miranda has show everyone her progress, and passion for the sport from the very beginning. However, Miranda’s fitness career wasn’t without its ups and downs. 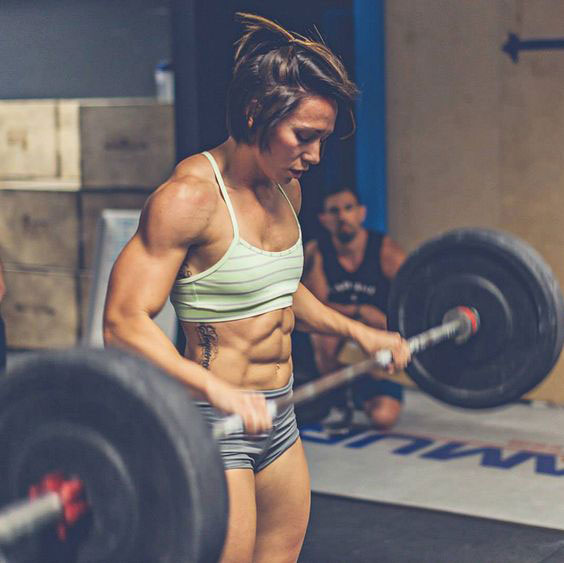 Two weeks before the 2012 Crossfit games, Miranda unfortunately suffered a serious hand, and neck injury in a car accident.  However, Miranda’s experience in hospital wasn’t an easy one.

After arriving at the hospital, Miranda had to fight with the doctor to get her hand ex-raid. Even though Miranda expressed sever amounts of pain in her hand, and neck, the doctor refused to ex-ray anything other than her hand.

The doctor in the hospital told Miranda that she had only sprained her neck (whip-lash). So, being a strong Crossfit athlete, and with one hand in a cast, Miranda carried on her life regardless – training individuals, and working at Crossfit games.

However, it wasn’t until she went to have her hand cast replaced by a specialist orthopedic surgeon, that he said her neck should also be ex-raid. After Miranda left the doctors, she headed straight to a Crossfit game. All of a sudden, Miranda begun to receive calls from the specialist doctor.

Not wanting to answer a phone call from an unknown number, Miranda ignored the call. It wasn’t until she got home after the game, moments before she was about to start lifting heavy weights, that her husband urged her to answer the phone – as he knew it was something serious.

When Miranda finally answered the call, the specialist doctor told Miranda that she’d broken her neck in two places. The doctor also said that if she sneezed, tripped, and hurt herself in any way, she could be paralyzed from the neck down for life.

Looking back, Miranda said, she realized she could’ve become paralyzed at any moment. From hugging other Crossfit athletes, lifting heavy objects, and going about her daily life.

However, one thing prevented this form happening. It was her large muscles and conditioning that supported her neck throughout the whole two weeks she lived without any neck support, or surgery. Miranda puts it all down to Crossfit, saying “Crossfit saved my life.” 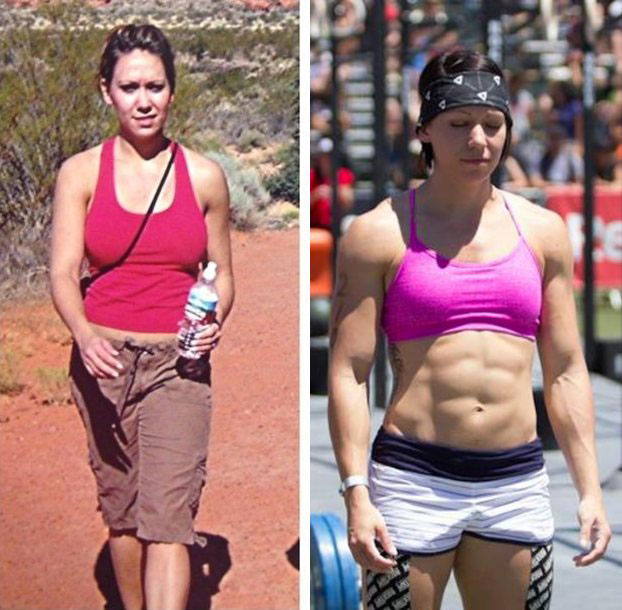 Miranda before and after starting Crossfit.

On The Roar To Recovery

After Miranda had her spine fused, along with extensive surgery to her neck, she slowly started to recover. It took a full 6 moths of recovery, and physiotherapy until she was able to workout in the gym again.

Miranda now lives a healthy life promoting her love for Crossfit across America. With years of training under her belt, Miranda continues to shine year-after-year, improving her weaknesses, and becoming a better version of herself. 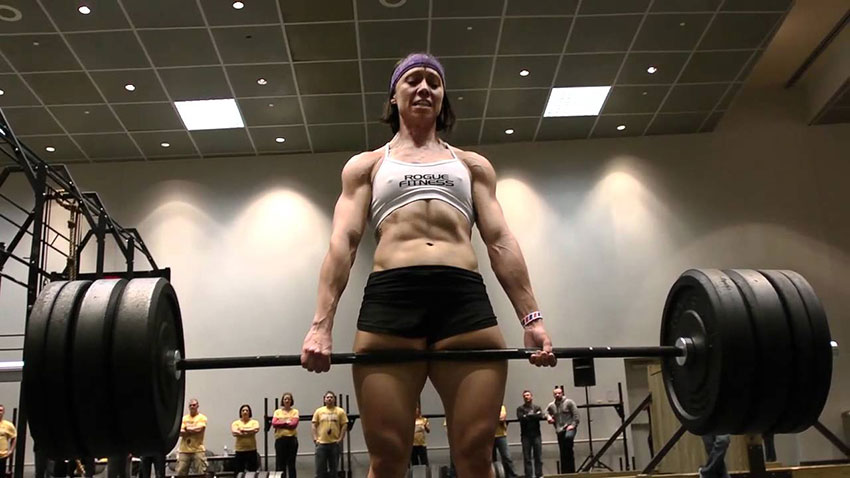 “The people who have been in CrossFit for as long as I have could pretty clearly tell you how freaking scrawny I was when I started. And I didn’t just wake up one morning bigger, stronger, and leaner. It was super gradual, over the past 9 years. It became slightly accelerated when I started training with the NorCal crew only because I hit the point of “adapt or die” and my body was just doing what it needed to do to survive Jason’s madness every day.”

Like most Crossfit athletes, Miranda trains hard, intense, and with a variety of exercises. Such as compound Olympic weightlifting, body weight workouts, rope climbs, and cardio vascular training. For example; running, skipping, and rowing.

The most common Crossfit training plan is the WOD (workout of the day). This is where a group of exercises are placed together to be completed in succession within a time frame, or, after the completion of repetitions.

Below is Miranda’s tips for a successful training plan:

There are 3 things you need to see amazing results from training (CrossFit or otherwise), and it’s not steroids, or more volume, or amazing genetics. Here it is… 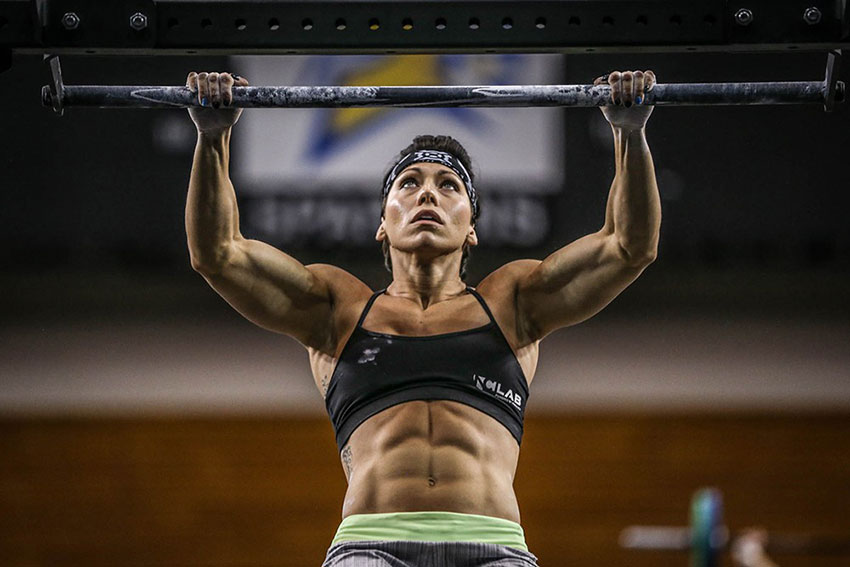 Miranda used to be incredibly strict with her dieting – weighing her food to the gram and making sure she hit her marcos every day. However, since she’s stopped competing, and training as much, she’s had to adapt her way of eating.

In her competing, and high training days, Miranda ate what is known as a ‘Zone‘ diet. The Zone diet consists of a high amount of carbs 2/3 of a plate, then protein, 1/3 of a plate, and finally, fat, which is just a small amount.

As for her meal timing, she’ll eat most of her carbs around her workouts. As Miranda says; “More carbs pre and post workout than through other times during the day – typically 30%-40% of total carb intake is pre and post workout. The ratios turn out to be 45% carb, 35% protein, 25% fat – pretty close to the Zone.” 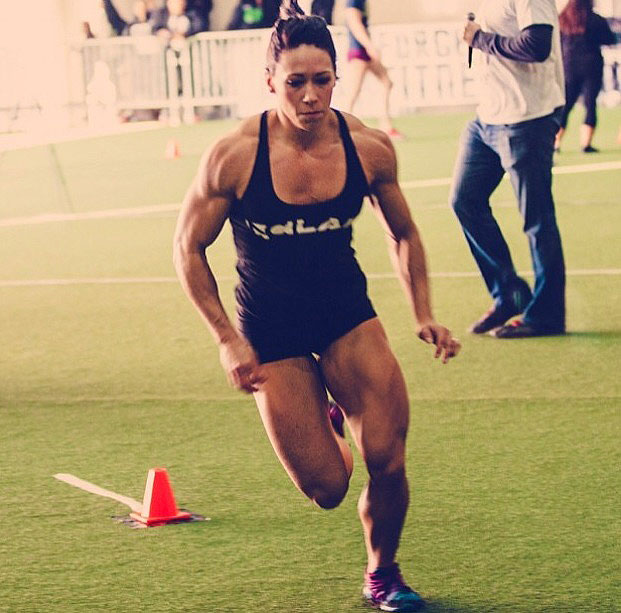 Overall, in her day-to-day life, Miranda still likes to make sure she’s hitting her macros as often as she can. But, she won’t beat herself up about ‘slipping‘ every now and then. Here’s Miranda’s macros:

Here’s Miranda talking about how she feels about body composition and dieting:

“Sometimes in my opinion, the Flexible dieters are a little too wrapped up in macros only.  I do believe you can achieve a decent body composition eating crappy foods, but it’s not what I am into.  I don’t eat as much veggies as I would like, but I try to eat real food for the most part.”

Miranda does allow herself a cheat meal, once or twice a week, when she feels like her body needs an extra boost. However, she won’t go overboard when she eats a cheat meal. Mostly, she’ll eat a few slices of pizza, but nothing too heavy or extreme.

“I cheat, but I don’t typically go too crazy with the cheats. I have always been like this.  My cheats consist of whatever I make for the PaleOMG snaps on Wednesday nights (because I don’t weigh or measure that stuff) and usually one meal on the weekend.”

Either a Poke Bowl with: 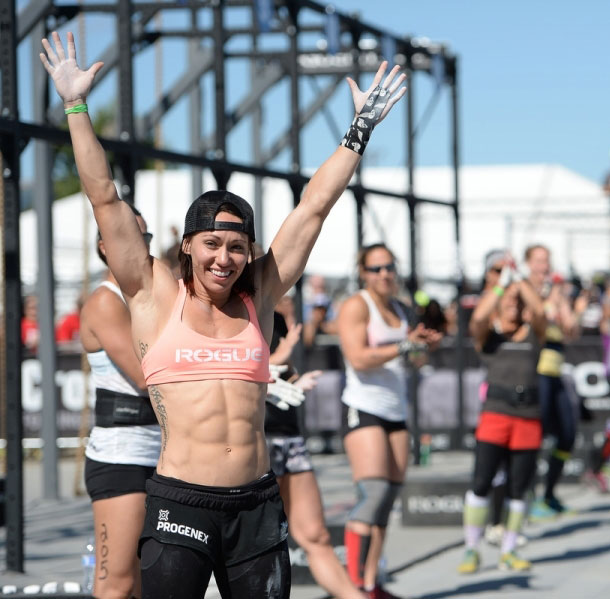 What we can learn from Miranda Oldroyd

What we can learn from Miranda Oldroyd is; no matter what your goals are, by allowing yourself time, and patience, you’ll eventually get there. It took 9 years for Miranda to achieve the level of fitness, along with her awesome physique she has today.

She even suffered a serious neck injury, which took her out of the game for months. However, this didn’t stop her form keeping her passion alive. Within 6 months, Miranda was back in the gym, taking one small step at a time until she achieved her goals.

If your goal is to become a Crossfit athlete, or a healthier, and stronger individual, it make help to keep Miranda’s story in mind. Seeing how she had her own setbacks, she kept moving forward. With this same passion, you too can achieve your goals – just like Miranda Oldroyd.