Marika Magriplis is an IFBB Pro figure competitor form Australia. Marika became famous after the media found out she continued to train while pregnant with her son.

During her pregnancy, Marika continued to train with weights in the gym, saying how beneficial it was for the growth and support of her child.

Once Marika gave birth to her son, she quickly returned to the gym and made an amazing comeback. Her entire physique returned to almost competition standards in only a short space of time.

Marika put this transformation down to the fact that she kept training while pregnant. This detailed look at Marika’s life has inspired other pregnant women around the world to keep lifting the ‘iron‘.

This is Marika’s biography: 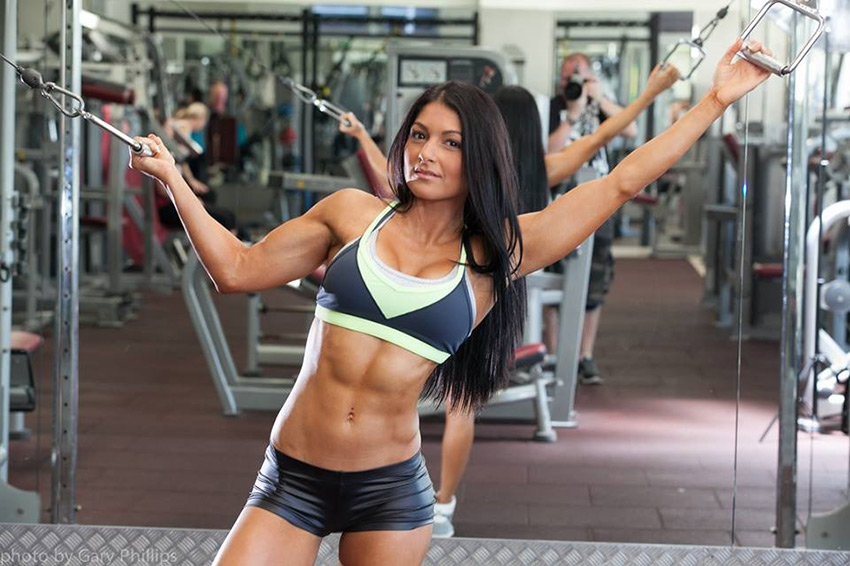 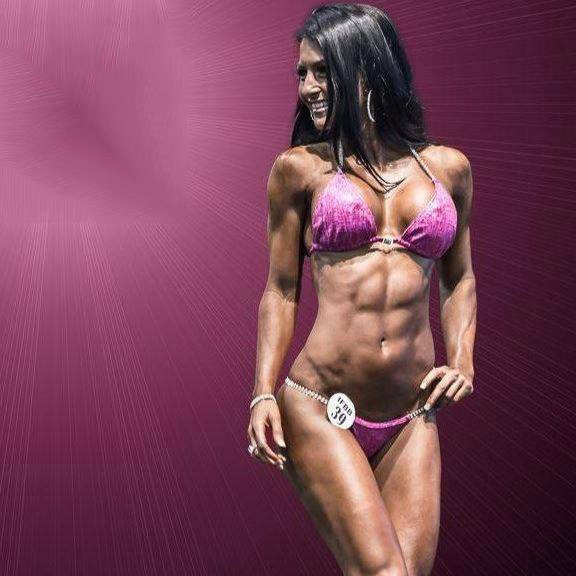 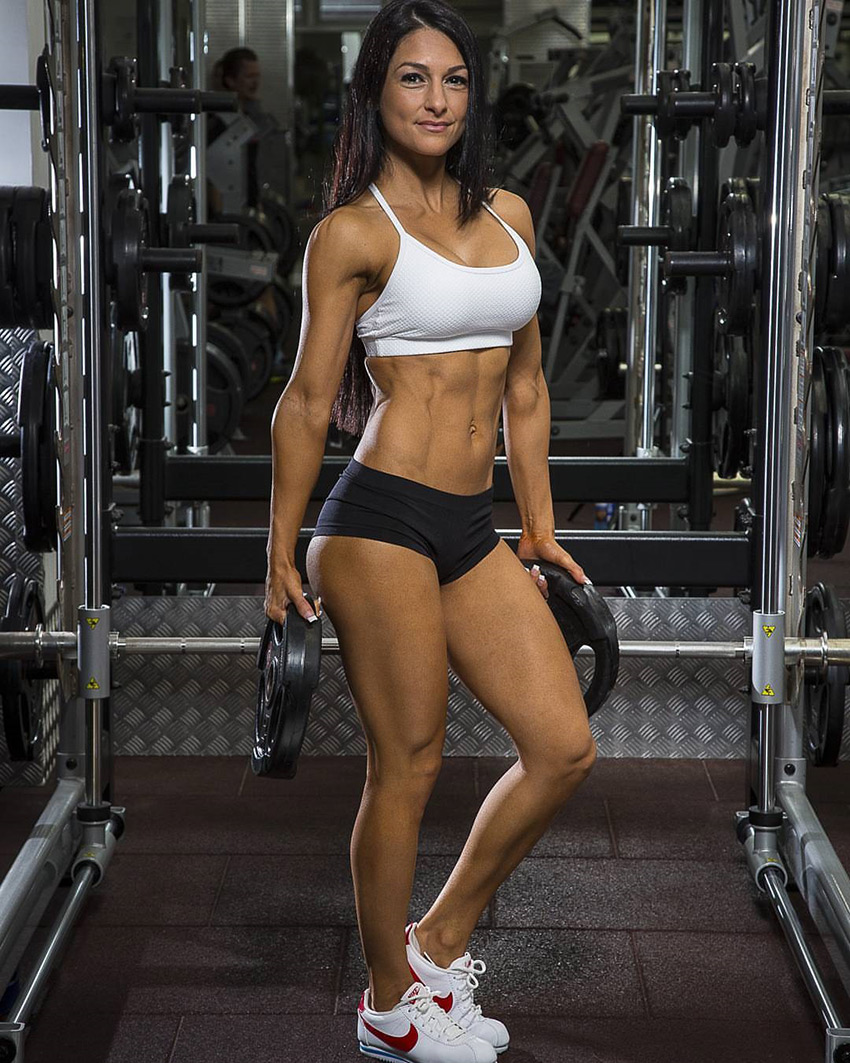 “As a mother of a young son I realize that life has many challenges and obstacles that can at times prevent us all from living an active and healthy lifestyle; I can relate to this myself without a doubt. Life can throw us all curveballs however it is at these times I have found my training to really help me to de-stress and it helps me to cope with my ever-changing lifestyle”.

After may years of hard work and dedication, Marika finally decided it was time to step on stage for the first time and enter in a bikini figure competition.

It was in 2013 where she entered the Female Classic division in the IFBB Australian Bikini Short Division which she won with flying colors.

“In 2013, my training accumulated into success in the IFBB Bikini division, where I won the QLD All Female Classic and the highlight of my career so far where I won the IFBB Australasian Bikini Short division.”

Soon after winning her first competition, Marika fell pregnant with her son. During this time she continued to train, but at a reduced rate to protect herself and her unborn baby.

Marika managed to keep her strength, which she said was an important part to keeping strong and healthy while carrying the extra weight.

Here’s Marika talking about how she enjoyed training during this period:

“In 2014, I fell pregnant and chose to remain as fit and active as possible and I really enjoyed my training during this period. Sure, there were many exercises I was not able to do and I had to also decrease my training intensity for the health and well-being of myself and my son, but it was a great feeling staying fit while pregnant and it was a beautiful time in my life.”

“In 2015 after giving birth I found my return to an active lifestyle very challenging as being a Mother my priorities had changed but when the time was right and with the support of my family I was able to very slowly progress back into some weight training and also make changes to my diet to help get back into the shape I wanted to be in. 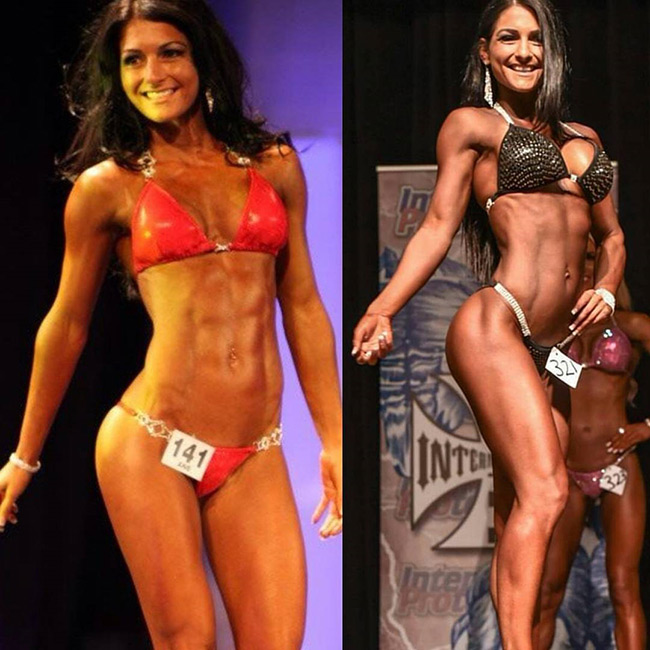 “This was not easy and it was a physical and emotional roller coaster with many ups and downs. But in the end I was able to achieve a degree of success in which I got into shape 7 months after giving birth and had a photo shoot in LA with the world-famous photographer Alex Ardenti.”

Marika enjoyes helping others create a healthy and balanced life. She also enjoyes being a mother and taking the challenges that come with raising a family in her stride.

As Marika says; “I just want to say that if you have a dream and are prepared to commit to a lifestyle change then I would love to help anyone achieve that dream”. 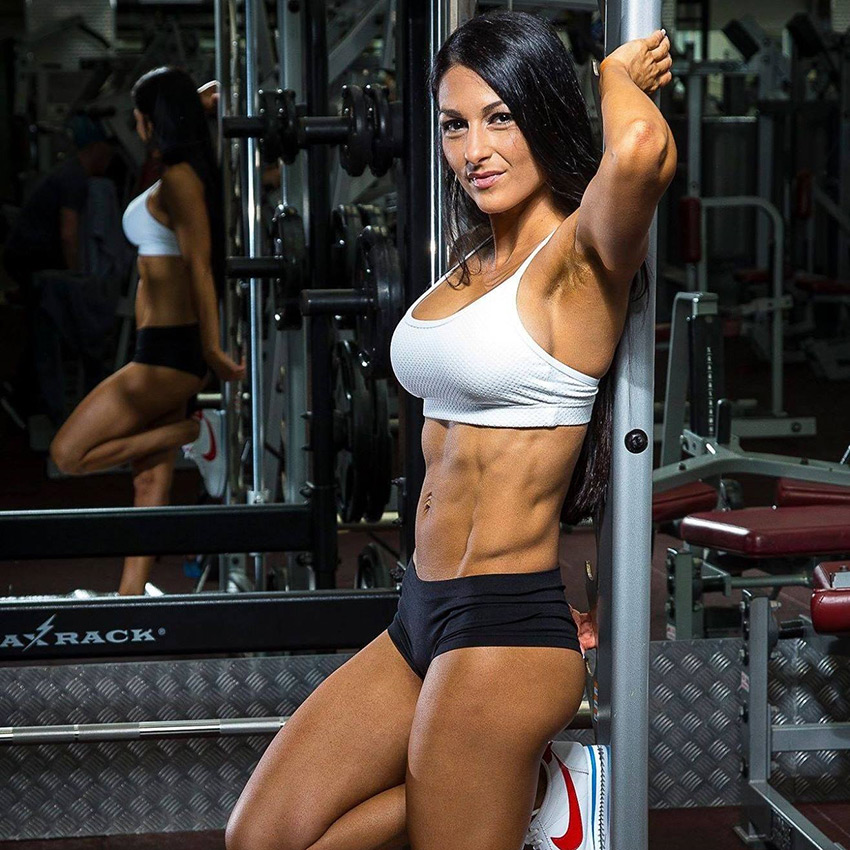 Marika makes sure to add in a variety of exercises in her weekly workout, which is often a split bodypart routine. But if she had to pick only three exercises, they would be; Squats, Deadlifts and Wide Grip Chin Ups.

Below is Marika’s training schedule that is made up of a well balanced split, which helps to maintain her muscle mass, her strength, and progreses at a steady pace throughout the whole year.

In the mornings Marika will normally do fasted cardio, and then in the evenings she’ll head to the gym where she starts hitting the weights. 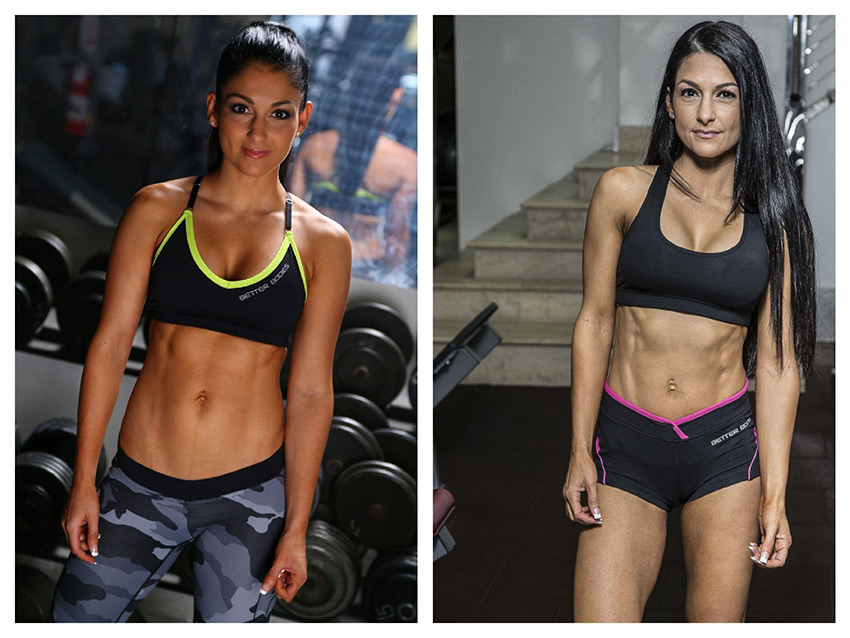 Like most fitness models, Marika is no different when it comes to having a healthy and balanced approach to her nutrition needs.

Most of the time, she’ll eat lean proteins, complex carbs, and lots of healthy fats and vegetables throughout the day.

Here’s Marika talking about her favorite foods, and how she likes to eat;

“I love to make a multigrain crumbed chicken schnitzel with a sweet potato, spinach leaf salad dress with balsamic vinegar. I have 5-6 meals a day, which consist of lean meats, green vegetables and brown rice or sweet potato.

I allow myself a relaxed meal once a week, which keeps me on track during the in anticipation for this meal haha.” 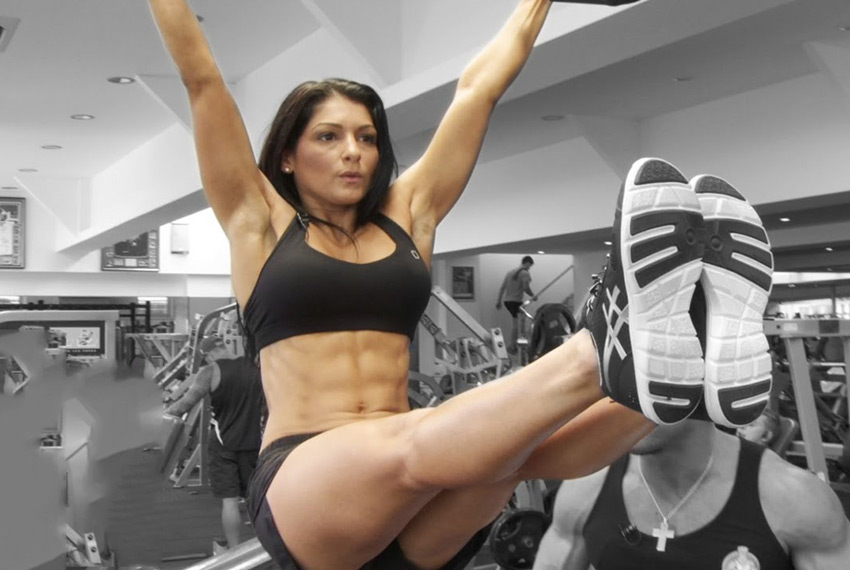 “I have goals, which are the competitions I compete in, and I love to inspire people and help them achieve their goals, along the way. Long term I would like to hit the American/International stage.” 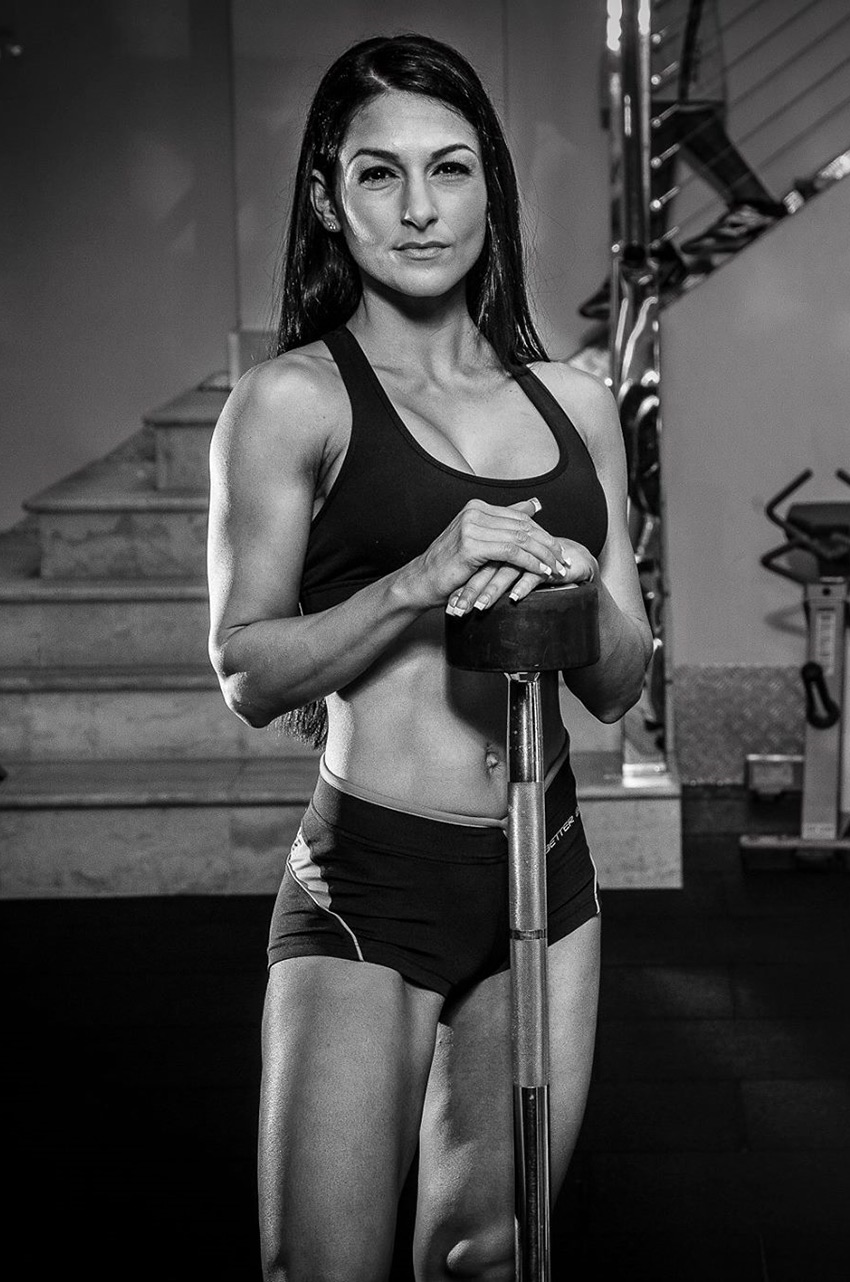 What we can learn from Marika Magriplis

What we can learn from Marika Magriplis is that sometimes life may be difficult, and there will be many struggles ahead, but with a desire to keep pushing forward you too make make your goals into a reality.

Even though she was pregnant, Marika kept her passion alive and along with it, her health and strength continued to grow.

If you want to make your fitness goals happen, then you might want to read Marika’s story once or twice to give you the motivation you need to make it happen.