Luciane Hoepers, also known among her fans as Luh Hoepers, is a Brazilian fitness model and public figure. She’s known for participating in Miss Bumbum 2015 – an annual event which aims to find the best glutes in Brazil.

Although Luciane now enjoys a life of an online celebrity and fitness model, she didn’t have her body handed to her on a plate. The Brazilian had to spend countless hours in the gym and kitchen in order to keep her physique lean and firm.

However, all this hard work has massively paid off; she says; “I don’t regret a second of it.”

As a result, Luciane continues to inspire her fans from everywhere, and looks forward to what future holds for her. 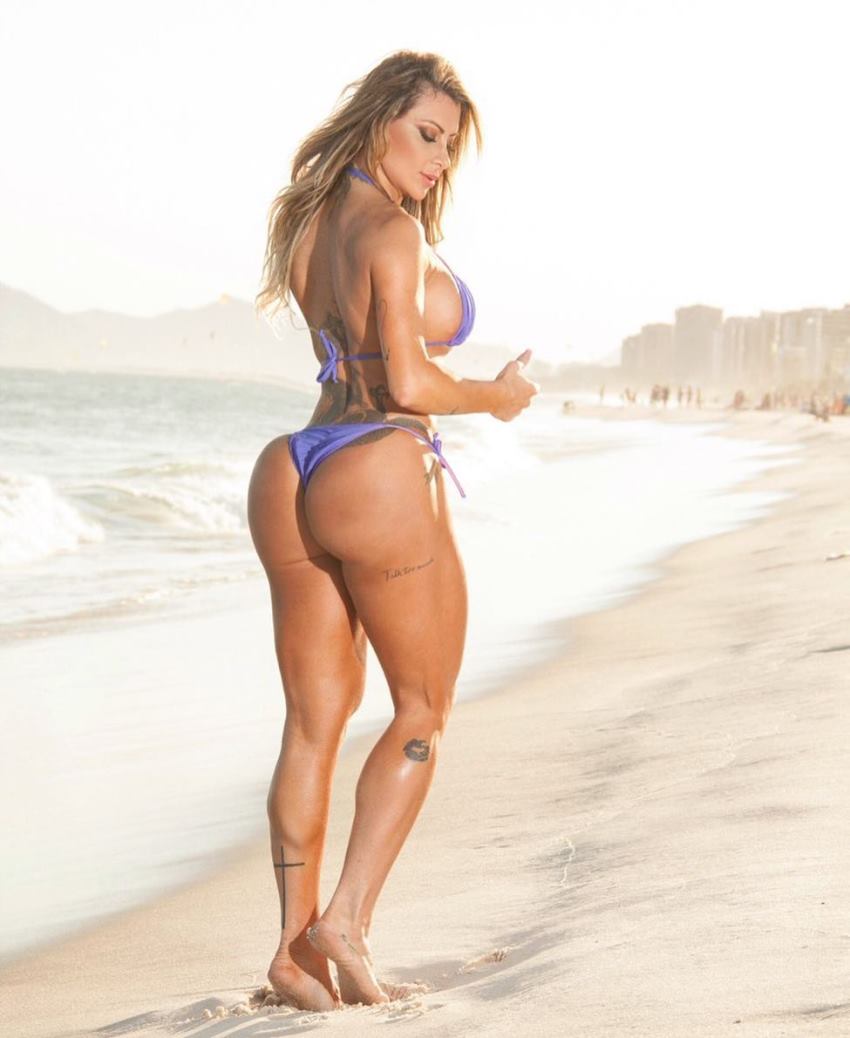 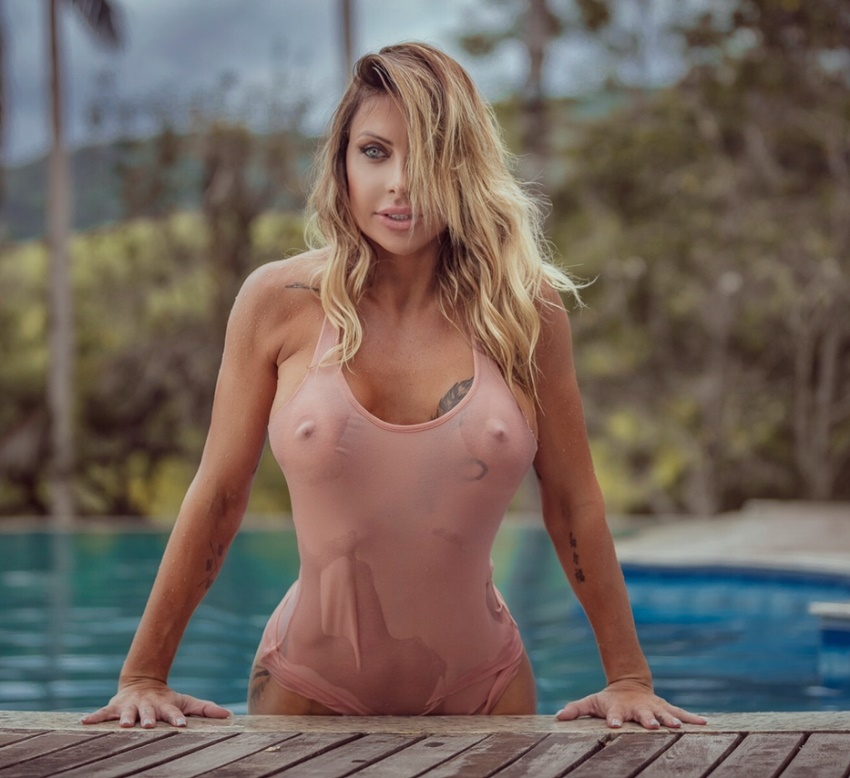 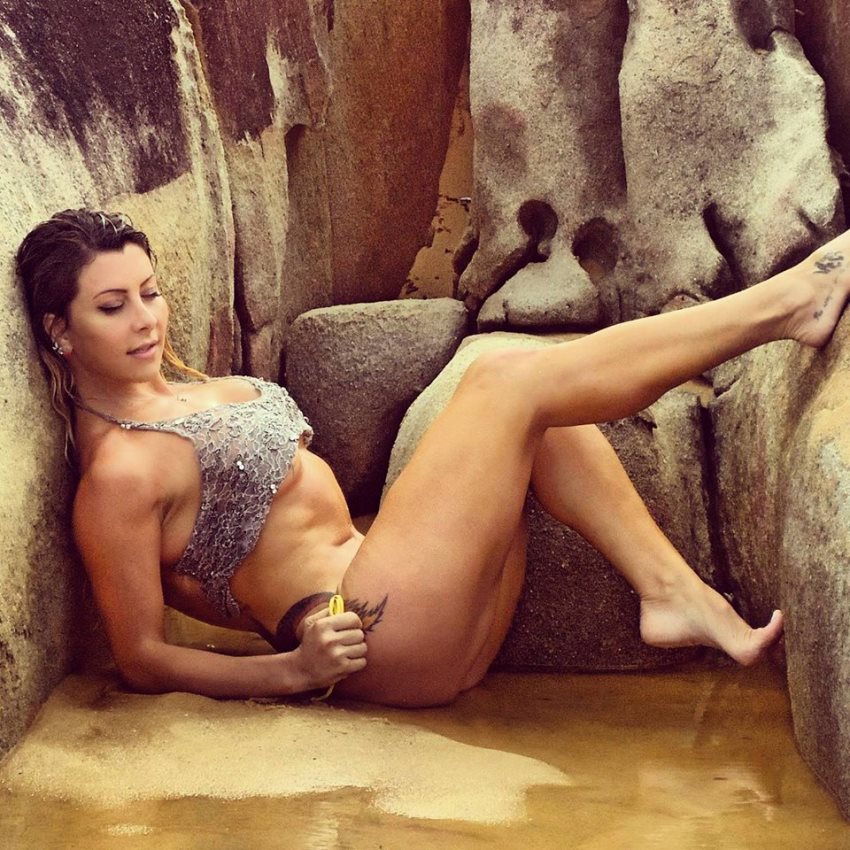 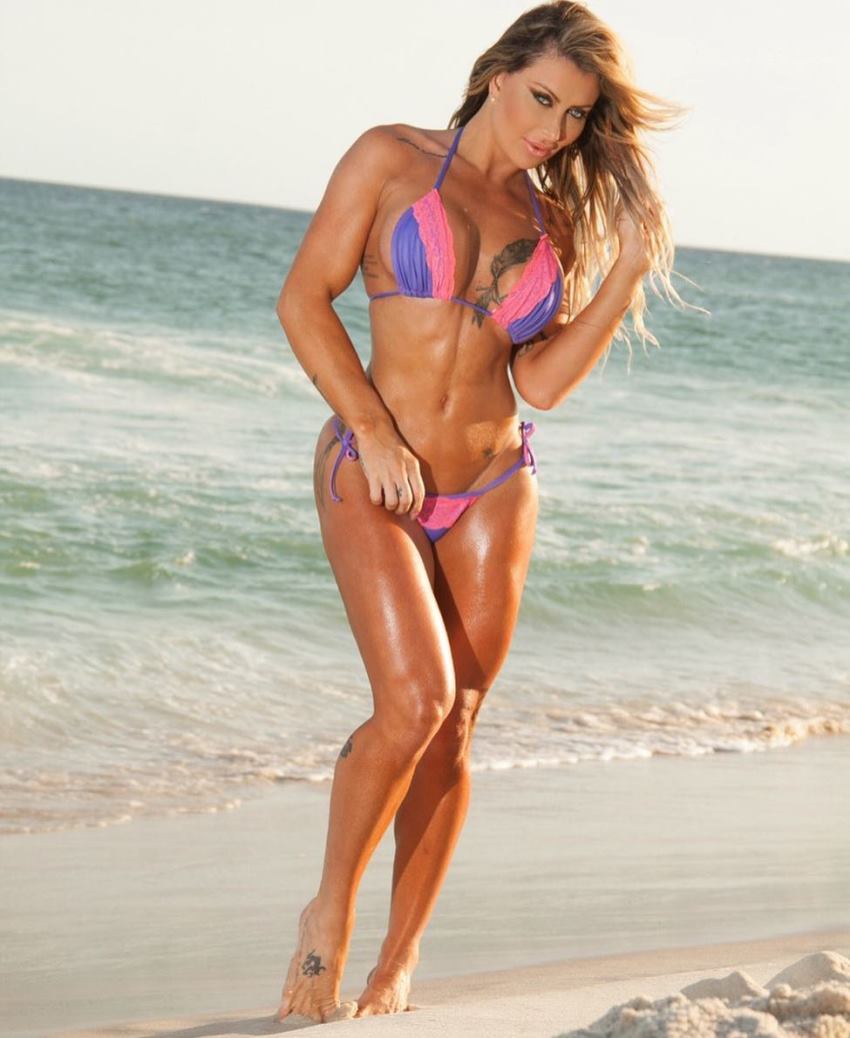 Luciane starts off her day with a fasted cardio session, after which she has her first meal. Later in the day, usually in the afternoon or evening, she’ll have a strength workout.

She follows this routine two to three times per week – while on the other days, she just does regular weight training without any cardio.

If Luciane feels her body could use some rest from training, she’ll take a couple of days, or even an entire week off from working out; believing it’s crucial to let the muscles catch up with her strenuous workouts from time to time. 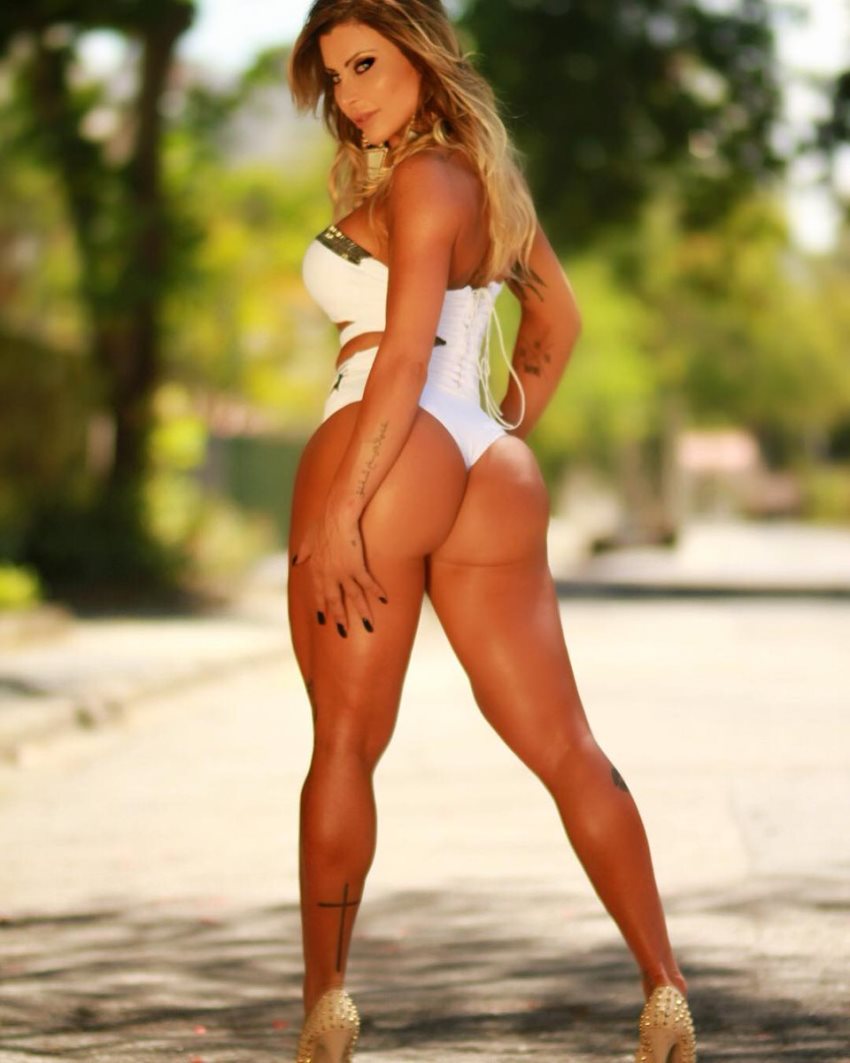 Although Luciane always preferred to lift heavier weights and incorporate a lot of volume in her workouts – her approach has changed since she began her fitness journey.

Now, Luciane trains with lighter weights, choosing to focus more on the muscle contraction. This way, she no longer places an emphasis on building muscle; instead, she tones up the existing musculature on her physique – achieving a lean and aesthetic look. 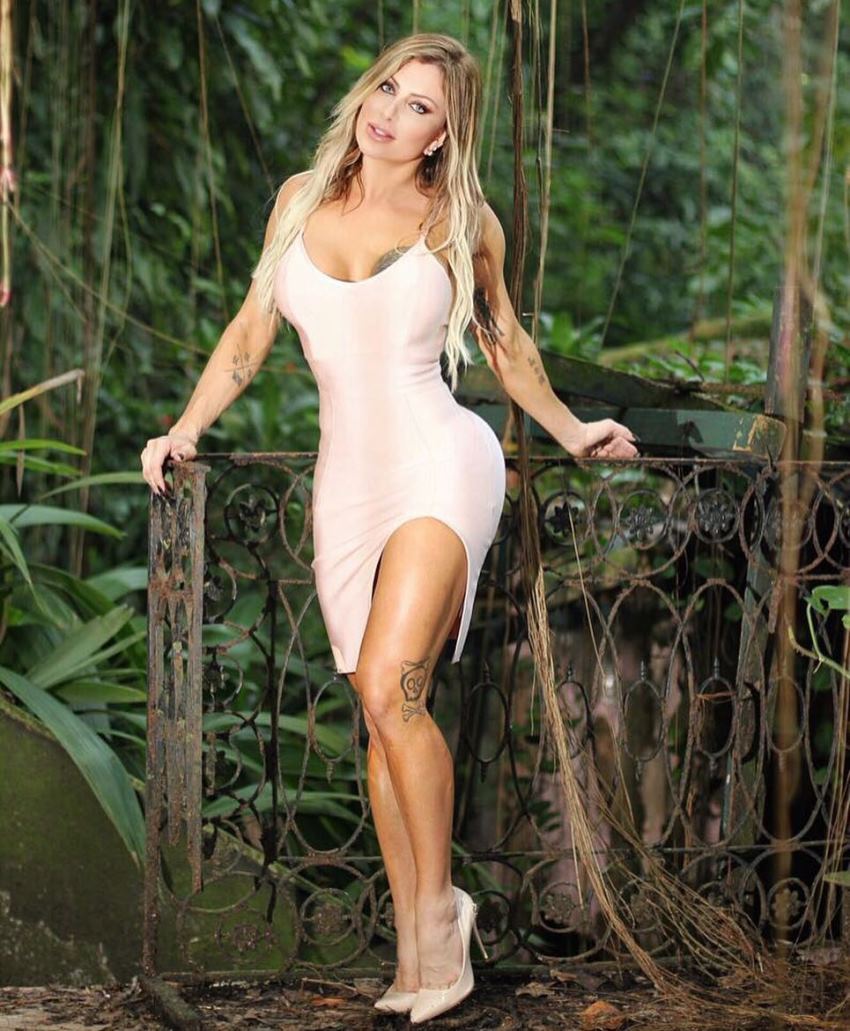 During a normal day, when Luciane wakes up, she’ll consume two glasses of pure, filtered water. She’ll then have a third glass of water with freshly squeezed lemon juice 10-20 minutes later.

Luciane strongly believes that this morning routine protects her liver; fighting off the free radicals, as well as helping to detoxify all of her organs from potentially harmful toxins and heavy metals.

While Luciane tries to get most of her micronutrients from whole foods, there are still some supplements which greatly help her keep a fit and healthy physique. 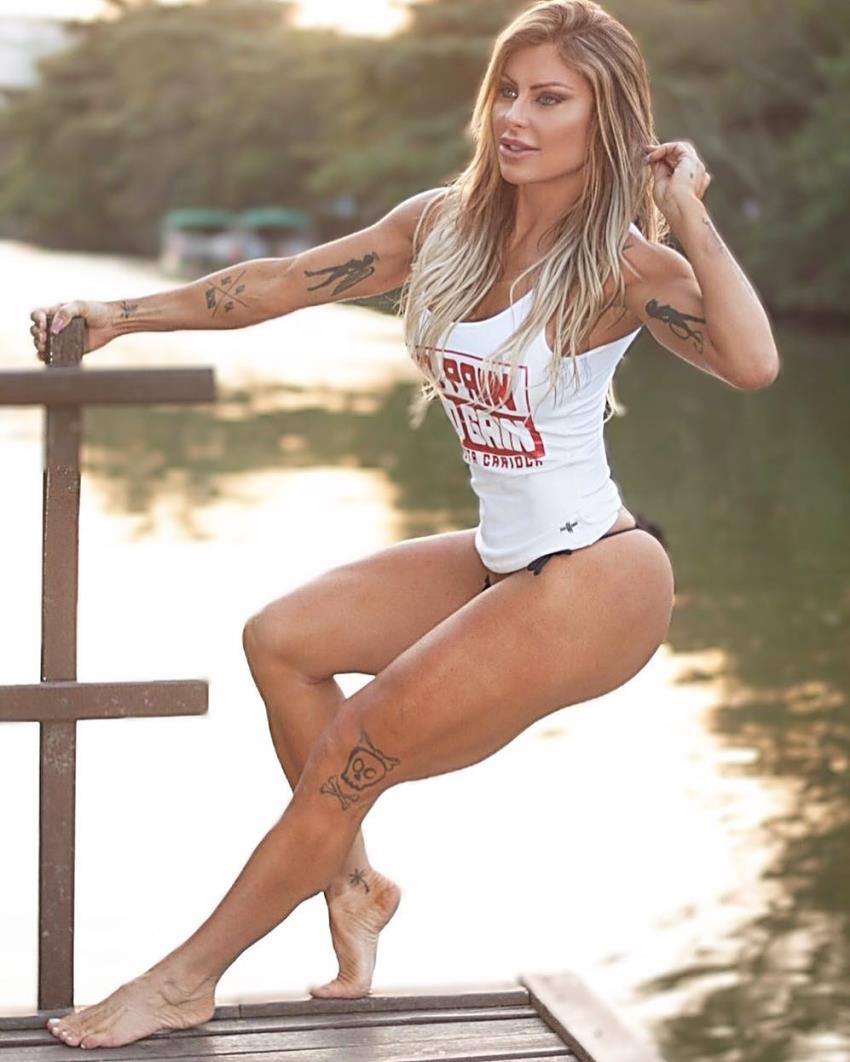 What we can learn from Luciane Hoepers

Luciane Hoepers’s hard, and planned approach to training and dieting has yielded her amazing results over the years. Not only has she sculpted an awesome physique – she’s also cemented her name as an icon in the fitness industry.

Let Luciane’s example be an inspiration for you to start your own journey in fitness – inspiring you to become the strongest version of yourself.