Lauren Fisher has become increasing popular as one of the youngest CrossFit athletes to have been featured in the grueling sport that is CrossFit. The 5,5ft, Lil Fish, as she’s known by her friends, is by no means little in strength or passion.

She’s represented her country in the Olympics for Team UAS in Olympic Weightlifting where she won her weight class of 63kg in 2014, as well as finishing 9th place in the Reebok Games the very same year.

Having inspired thousands of young women everywhere to take up a healthier approach to being strong and fit, Lauren continues to strive towards her goals of winning a CrossFit title, and more Olympic medals for her country. 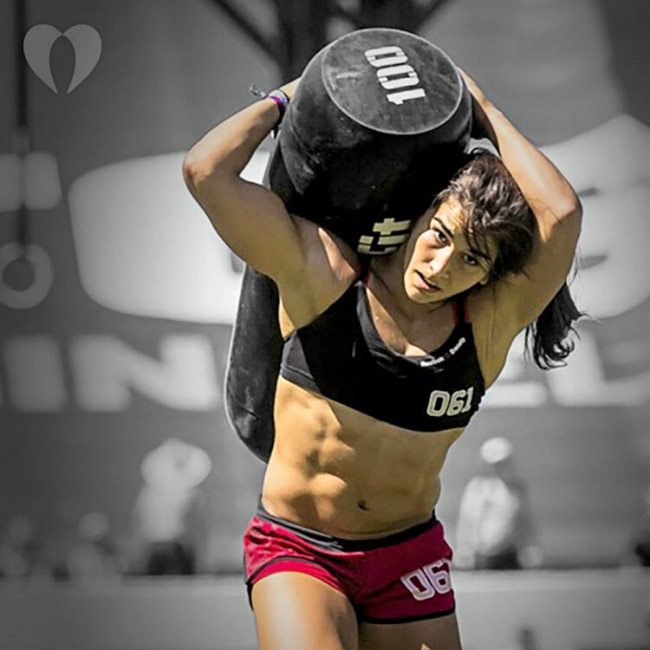 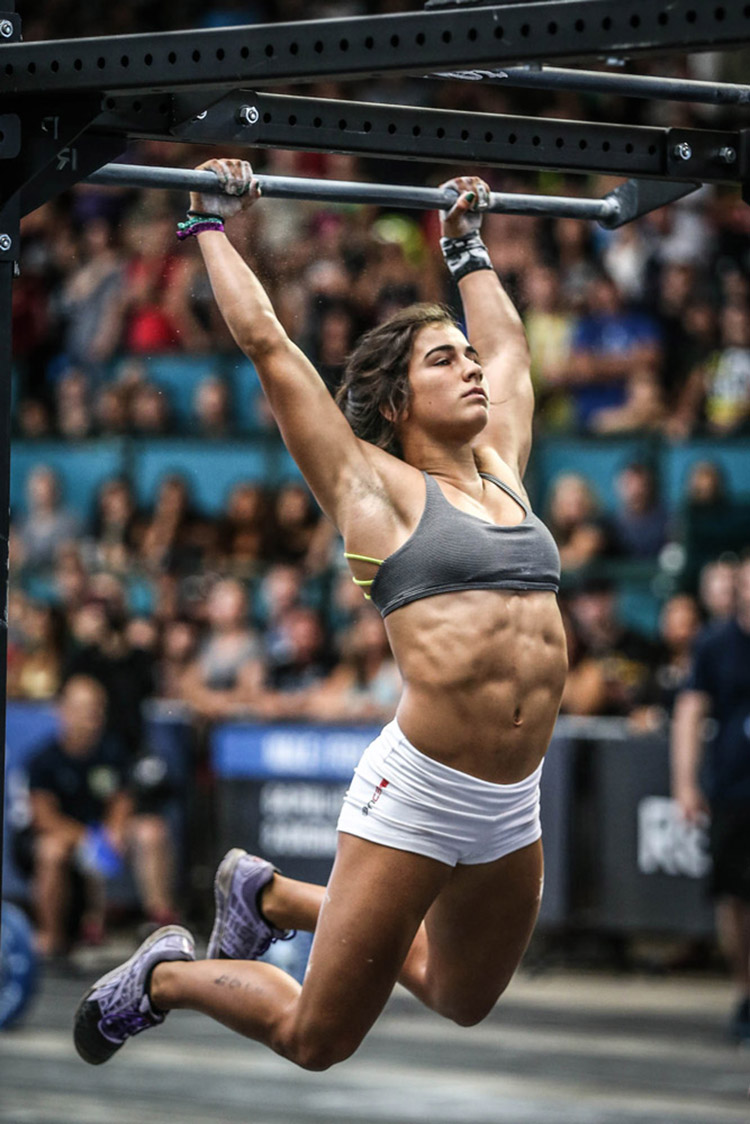 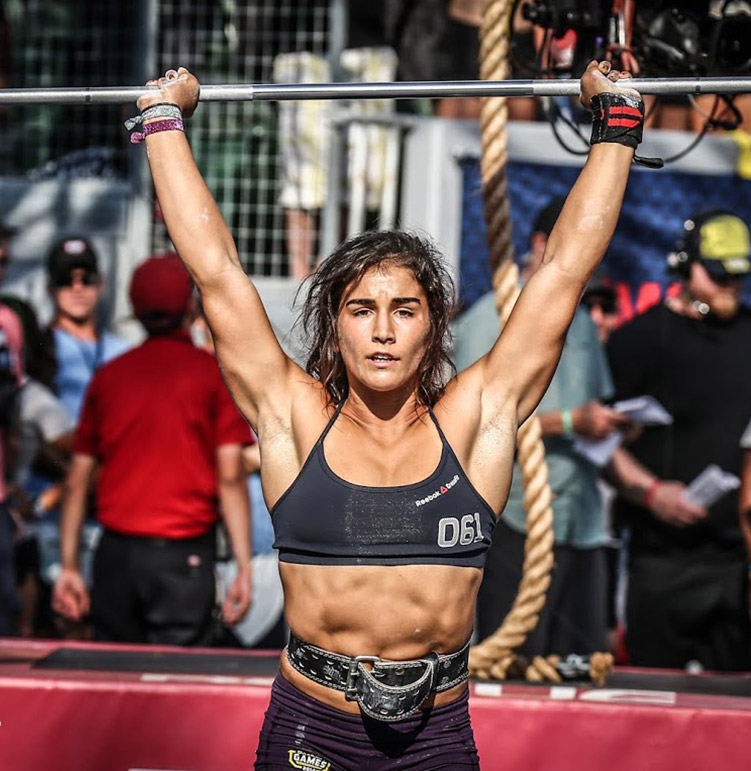 From Basketball To CrossFit

Lauren Fisher, AKA. Lil Fish has become known for being one of the best, and youngest CrossFit athletes the sport has ever seen. Her ability to clean-and-jerk huge amounts of weight over her small but powerful frame has impressed millions around the globe.

Apart from being a professional CrossFit athlete, she’s also represented her country in the 2014 Olympics Junior Weightlifting competition. She also a back-to-back state champion basketball player when she studied at St. Mary’s High School in California, Lil Fish was also a member of the school’s mythical National Championship team.

It all started back when she was 14 years old in high school when she was a freshman basketball player at St. Mary’s, Stockton, California. At this time she started CrossFit and took off with a head start when her team won two state championships and a national title.

As an 18 year old senior, Lauren soon qualified for the CrossFit Northern California Regionals and finished 12th overall, considering her age compared to other senior athletes, this was quite and achievement for such a young athlete.

By the time she was just 22 years old, Lauren Fisher established herself as one of the country’s most popular and hopeful CrossFit athletes. She finished 9th overall at the 2014 Reebok CrossFit Games and won the USA Weightlifting Junior National Championship with Team USA (Women’s 63kg weight class) that same year.

In 2013 and 2015, Lauren competed in the CrossFit Games as a member of the SoCal Team, Invictus, and again in 2016, where Lauren placed 1st at the California Regionals.

Lil Fish has always been inspired by the other women in CrossFit, it’s the strength and size and the community of healthy women that made her ditch basketball at San Diego University, and focus on CrssFit full time.

She trains twice a day, first thing in the morning, and again in the evening. A life of a CrossFit athlete is hard and grueling, but Lauren loves what she does.

An old roommate in college once said to Lauren she didn’t understand why she trained so much, This is what Lauren had to say;

“My roommate is in a sorority – She doesn’t understand how all I do is eat, sleep and train. But when she saw me on ESPN during the CrossFit Games she said, ‘I finally understand your commitment.'”

Being committed and focused, Lauren’s still motivated by the performances of today’s elite women. She continues to work hard and one day hopes to become a CrossFit champion winner in the near future.

“I have the opportunity to train with those girls and I see up close how good they are – competing against them pushes you to a whole other level.” 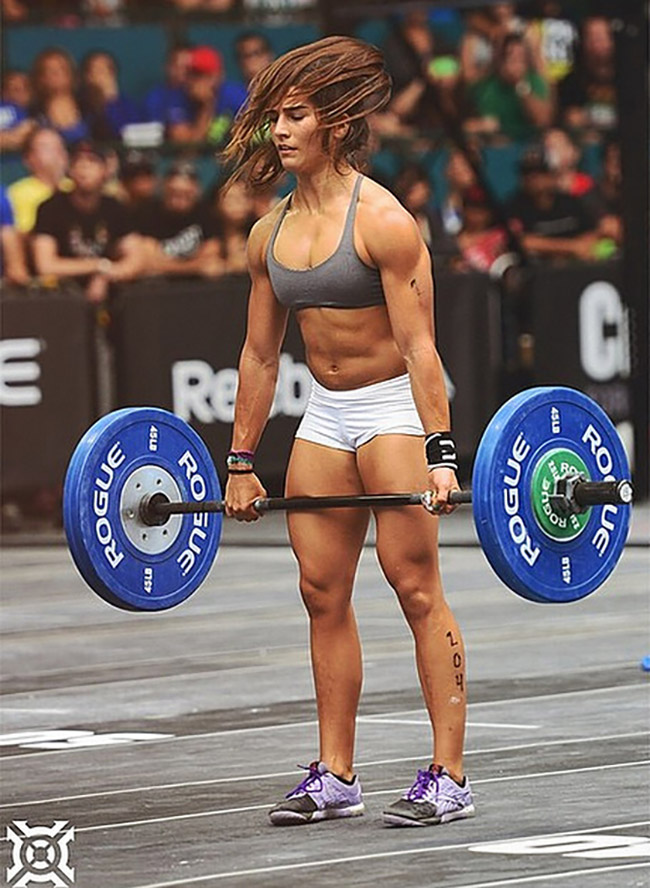 The powerhouse that is Lauren Fisher has a deep inner drive and ambition to win-win-win. Sacrificing her spare time to train 4-6 hours a day, each and every day, has rocketed this young athlete to the top of her game. Her work rate will continue to shine through and push her to the-top-spot in many CrossFit games to come.

Invictus coach CJ Martin, who trains Fisher saw an incredible young girl coming up through the ranks with a drive and determination to surpass her competition by sheer grit and hard work alone. Here’s Martin talking about the time he saw Lil Fish compete in the 2012 North Carolina Regionals;

“I saw Lauren compete at 2012 NorCal Regionals – there was a workout with a row, pistols, and very heavy hang cleans. She had three reps remaining and about 10 seconds left to do them. She sprinted to her barbell, did her cleans and crossed the line right before the cap. That told me this girl is going to fight and compete hard.” 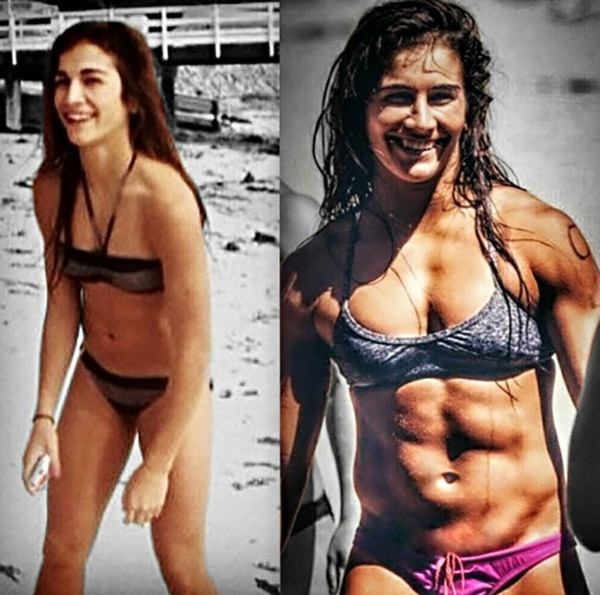 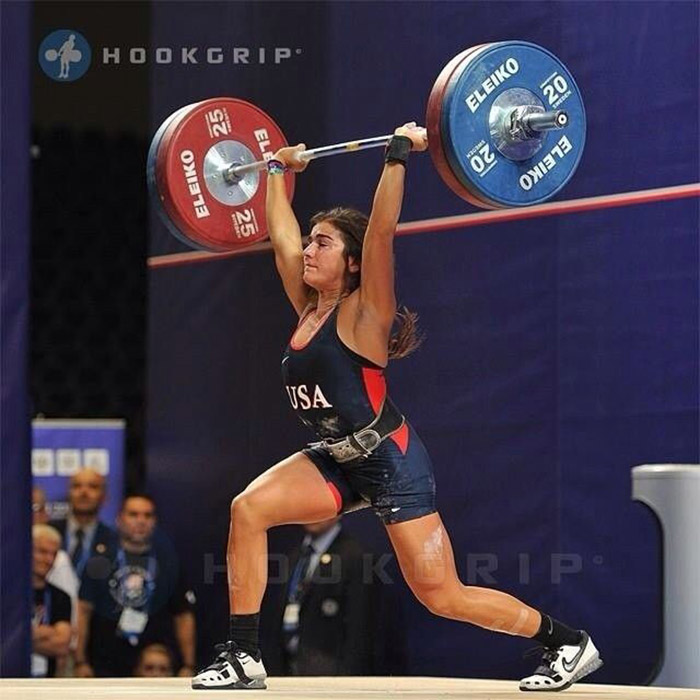 Lil Fish will also perform a full gymnastic workout to keep her body strong and able to cope with the added stress of weightlifting.

Her second session of the day will either be in the afternoon around 12pm or later depending on work-life balances and other commitments. The session will consist of swimming, running, and other aerobic activities. 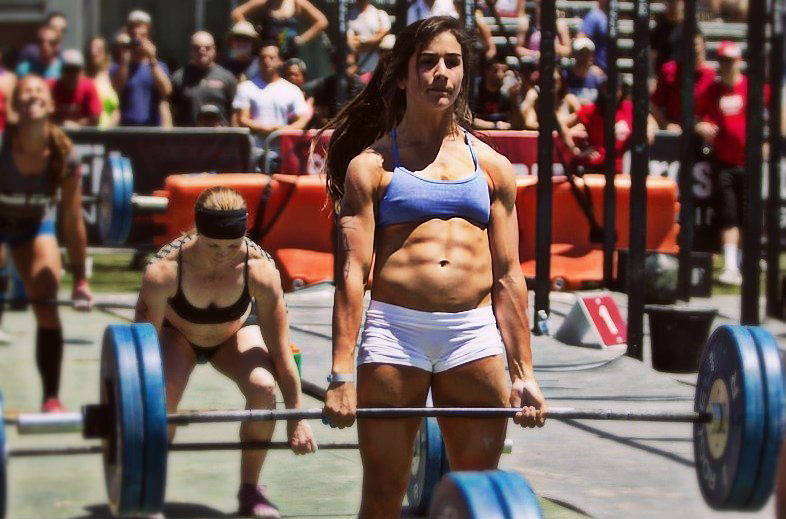 Lauren will eat mainly a paleo diet, but she will also add in carbs when she needs them. Her carbohydrate intake is consumed after workouts to maximize insulin response and avoid any carb spill over into fat storage.

She eats what she can, when she can, without restricting her overall calories. For a CrossFt athlete, it’s always important to keep the calories high when training for 4-6 hours each day. Her diet will consist of lean proteins, healthy fats, and complex carbs after training. Although, if she feels like eating a pizza, she won’t hold back. 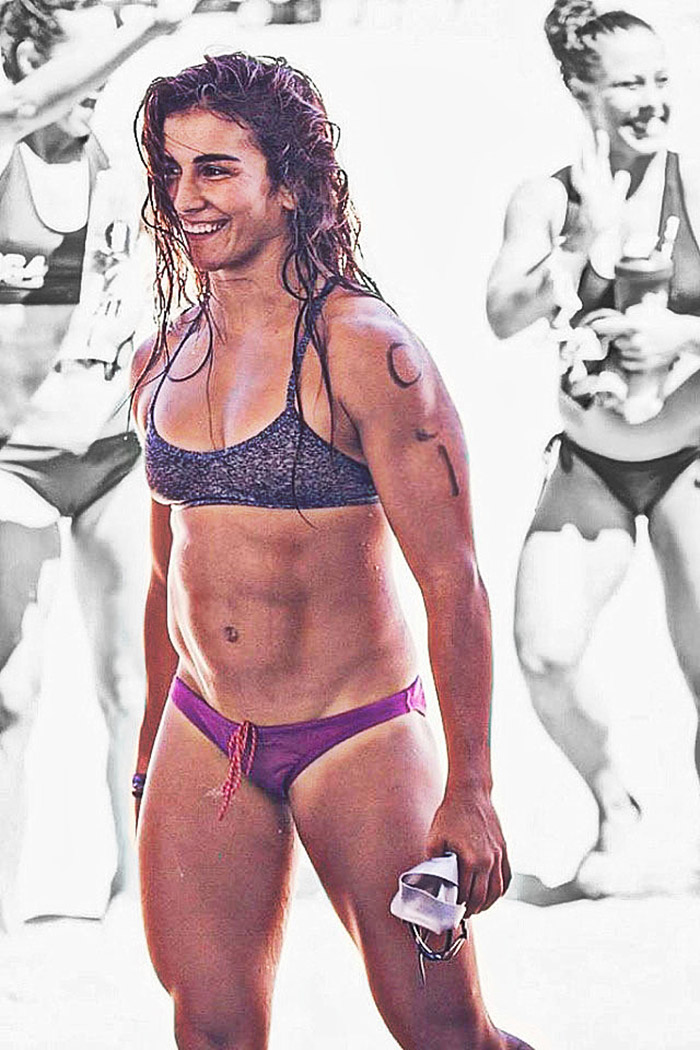 She’s also been inspired by other great female athletes in the sport of CrossFit. The women of the intense and grueling sport have influenced her to drive towards winning the CrossFit title. She continues to strive towards this goal every day, hoping to achieve more and more each year. 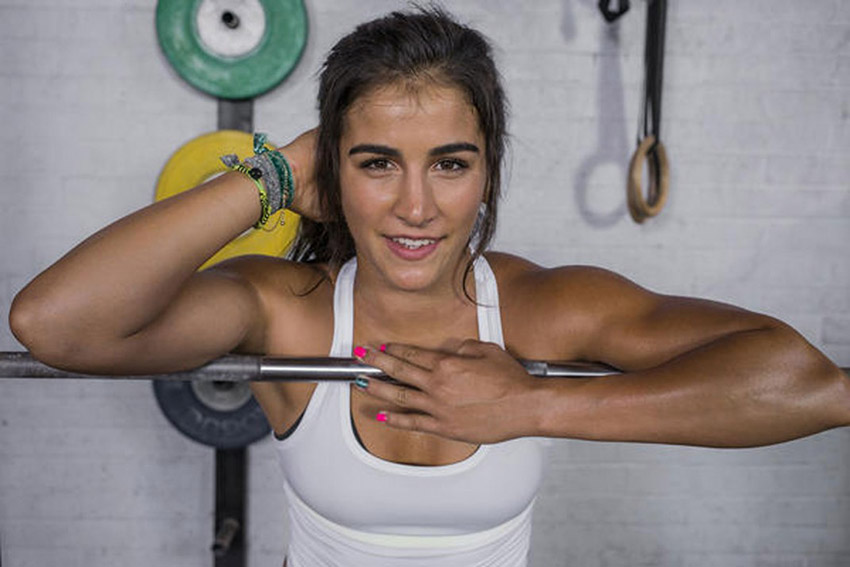 What we can learn from Lauren Fisher

Lauren has always been involved in sports in her youth, from football, basketball and the main player in her life, CrossFit. She loves the sport and the community of people who train together.

She’s inspired by other female professional athletes and their own drive and ambitions nature. This is what first pulled Lil Fish into the world of CrossFit. She’s now focused on competing and hopefully, winning CrossFit titles in the future, along with more Olympic medals for her country in the Olympics.

She never misses a training session and works hard to prove her worth and passion for the sport. With the same drive and ambition to moved forward, you too can achieve greatness.