Kimberly Marie is a published fitness model, personal trainer, and figure competitor from the United States of America. Her interest in weightlifting began in college, after years of playing high-level tennis.

Initially, Kimberly planned on becoming a professional tennis player. However, upon entering college she saw her future come into question as she cracked a bone in her right foot – removing her from the tennis court for the entire season.

Determined not to let the injury knock her down, Kimberly went on to find refuge in the weights room – completely transforming her figure after a few months of weight training and dieting.

Ever since then, Kimberly has created a flourishing career in fitness – becoming a nutrition specialist, brand ambassador, and certified coach. 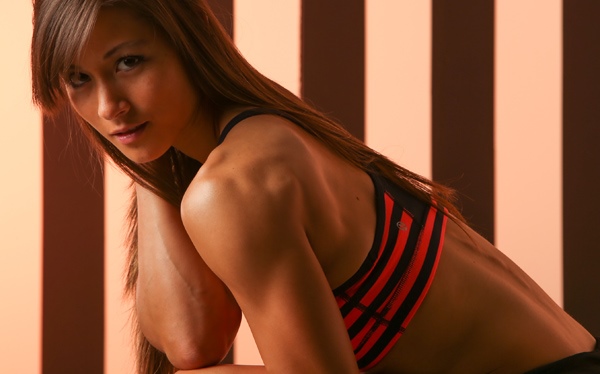 “Nothing is more rewarding than having my clients come up to me and thank me for everything that I’ve helped them achieve.” 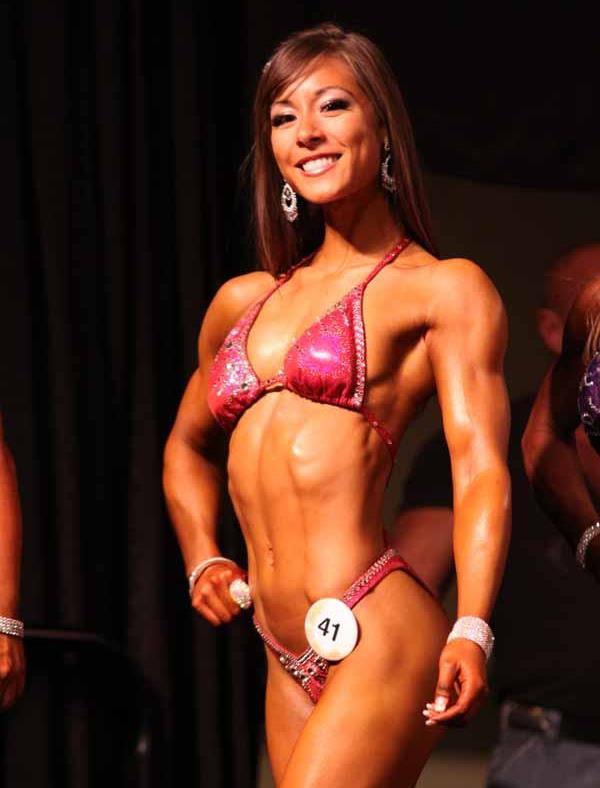 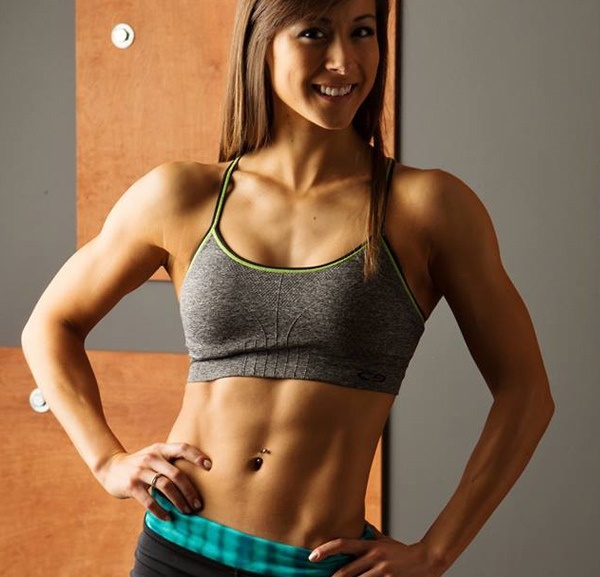 Born in 1991, Kimberly Marie was someone who was active her whole life – beginning with karate at the age of five. As she became older, Kimberly started experimenting with different sports. Eventually, she stumbled across tennis, which quickly began to fascinate her.

Over the years, Kimberly developed a strong passion for tennis. By the time she enrolled in college, Kimberly was playing the sport full-time, going to competitions and slowly making a name for herself on the tennis court.

An Unexpected Turn of Events

At first, everything went well for Kimberly, her tennis career was in full swing. Then, one day, Kimberly was hit with an unexpected injury. She cracked a bone in her right foot while playing tennis.

When Kimberly came to the doctor, she was told the worst news – she would have to spend an entire season away from the tennis court in order to fully recover. Needless to say, this was a huge blow to Kimberly’s career in tennis.

Nevertheless, Kimberly was determined not to let the injury get the best of her. In a search for other ways to stay active and fit while recovering, she stumbled upon weightlifting and figure competitions. 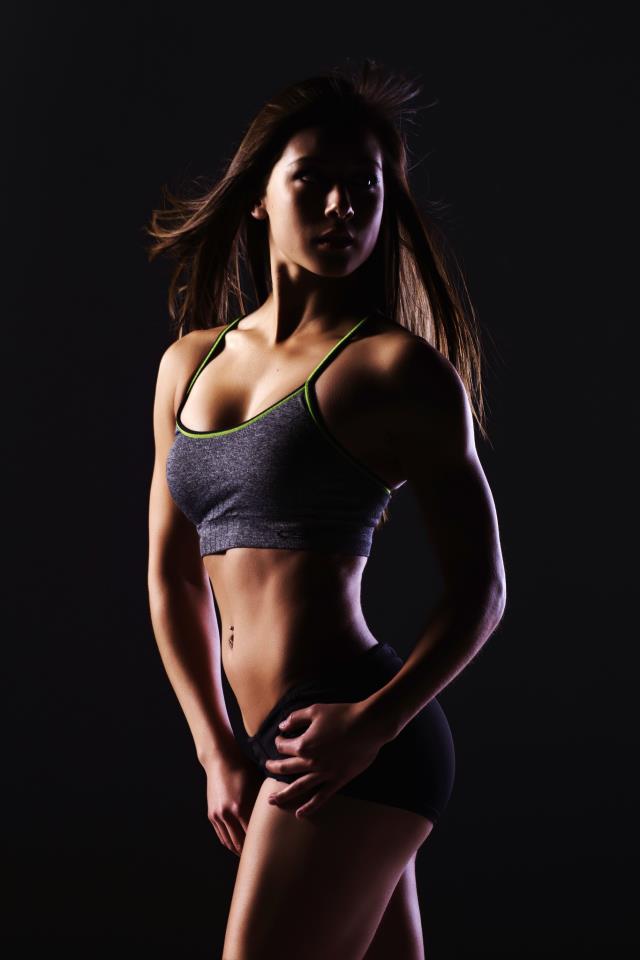 As Kimberly said; “Since I could still lift weights, I went to the gym often where I met other bodybuilding competitors who planted the seed to compete in my head. I decided to become a figure competitor and trained in my boot.”

It didn’t take long for Kimberly to become completely ‘hooked’ on the bodybuilding lifestyle. Alongside training hard with weights, she changed her diet from the ground up. As a result, she soon attained a lean and aesthetic figure.

Four months later, Kimberly entered her first competition where she placed 2nd in her category. After the competition, Kimberly said she “definitely caught the bug!”

From this point, Kimberly devoted her time to become more experienced in the field of weight training and nutrition. Eventually, she became a certified personal trainer, in addition to being a figure competitor.

Within just one year of competing, Kimberly already had four contests behind her – finishing in the top five spot in all of the contests. 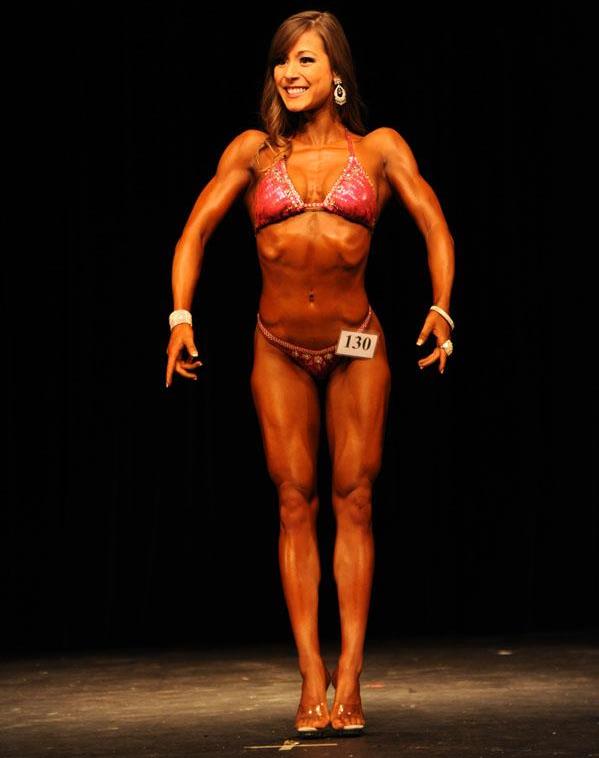 Nowadays, Kimberly doesn’t compete in bodybuilding as often as before. Instead, she devotes her time and energy to personal coaching – something that she enjoys doing.

Kimberly says her biggest accomplishment in fitness isn’t a trophy or accolade she’s won on the stage. It’s, in fact, each and every transformation she’s helped her clients achieve.

In Kimberly’s words: “Nothing is more rewarding than having my clients come up to me and thank me for everything that I’ve helped them achieve.” 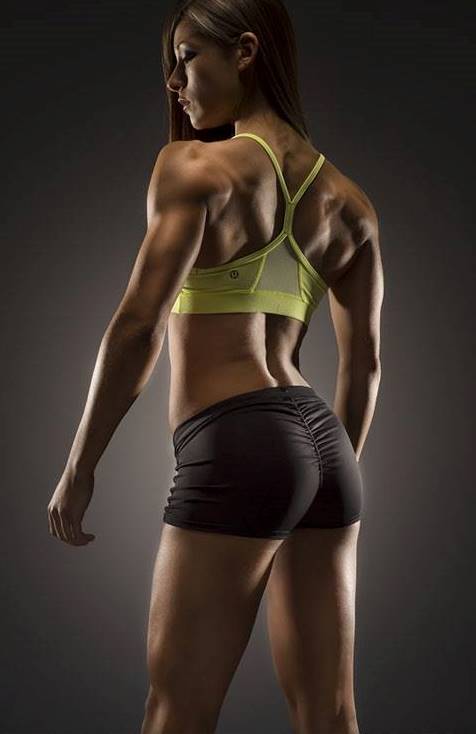 While she played tennis, Kimberly changed her cardio routines almost every day. As she said; “I changed my cardio almost daily, whether it was training for tennis or actually playing tennis.” As a result, Kimberly’s body never adapted to one cardio routine – allowing her to achieve continual progress.

However, there is one type of cardio Kimberly never does, which is fasted cardio. No matter if she’s in the ‘in-season’ or ‘off-season’, Kimberly will always have a meal before doing cardio. According to Kimberly, doing cardio on an empty stomach can potentially cause muscle loss.

As for Kimberly’s favorite form of cardio, it is the Stairmaster machine. If for example, Kimberly only has a short amount of time for cardio, she’ll do a few minutes of increment sprints on the Stairmaster. This allows her to get the most out of her cardio session in the shortest space of time possible.

However, whenever she has the time, Kimberly does other forms of cardio. Including running outdoors when it’s sunny, hiking, and bike riding.

Kimberly trains five or six times per week in the gym, dedicating each workout to a different muscle group.

She likes to incorporate a lot of supersets, tri-sets, and even ‘giant’ sets in her workouts. Meaning, she has little to no rest during her training.

By doing this, Kimberly is able to put a maximum amount of stress on her muscles in a short space of time. Additionally, by having so little rest between sets, Kimberly’s workouts also serve her as a cardio – where her heart works hard throughout the whole workout. 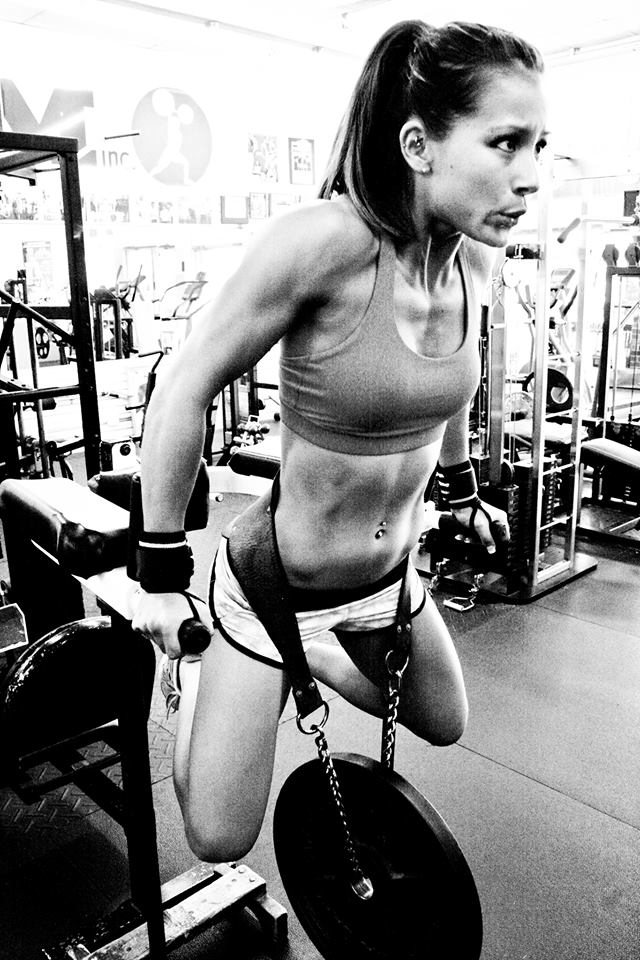 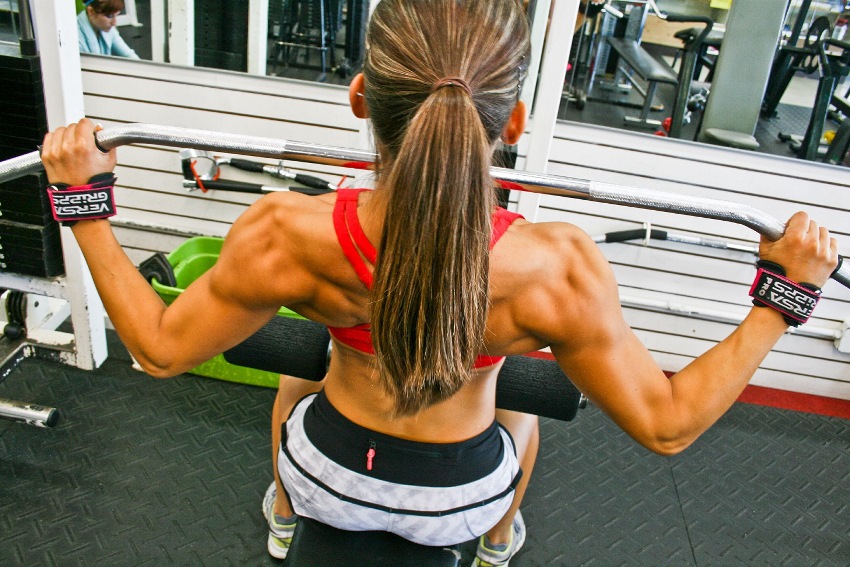 According to Kimberly, these are her three favorite exercises for building muscle and staying lean; 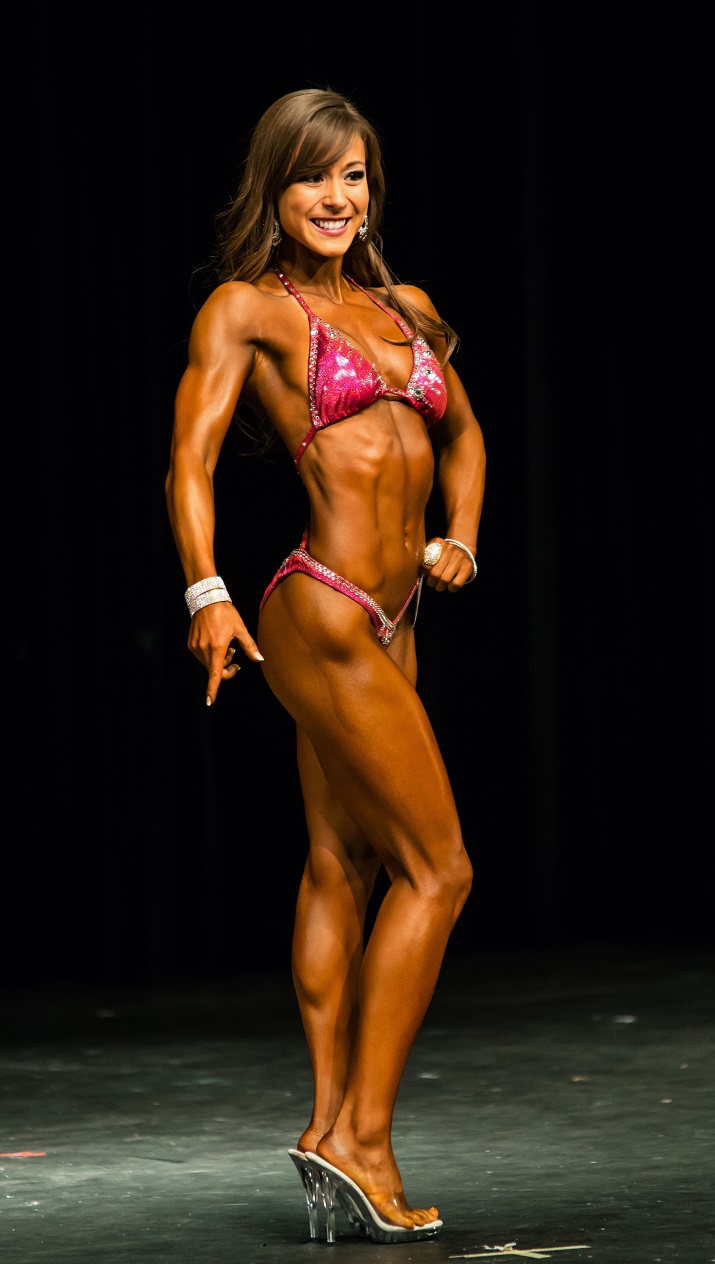 “I listen to a variety of music along with remixes of various upbeat modern songs. Music helps distract my mind to just keep pushing. It also always helps if a good part of the song comes on right towards the end of my set… it always gets me a great surge of energy to finish strong!”

Kimberly likes staying lean year-round because it helps her train better in the gym, and also makes her contest preparations much easier.

In the last several weeks leading up to a competition, Kimberly makes her diet extremely strict. During this period, she’ll eat six to eight meals, each having the following macros:

Some of the staple foods in Kimberly’s diet include:

Kimberly’s two favorite options when craving foods are gum and flavored hot tea. As Kimberly says, they almost always “do the trick.”

On the occasion where this doesn’t work, Kimberly will find something to distract herself – be it studying, doing something around the house, or shopping.

However, no matter what ‘trick’ Kimberly does to avoid cravings, nothing helps her as much as having a strong mindset. As Kimberly says, remembering her goals is the most important thing for sticking to the meal plan. 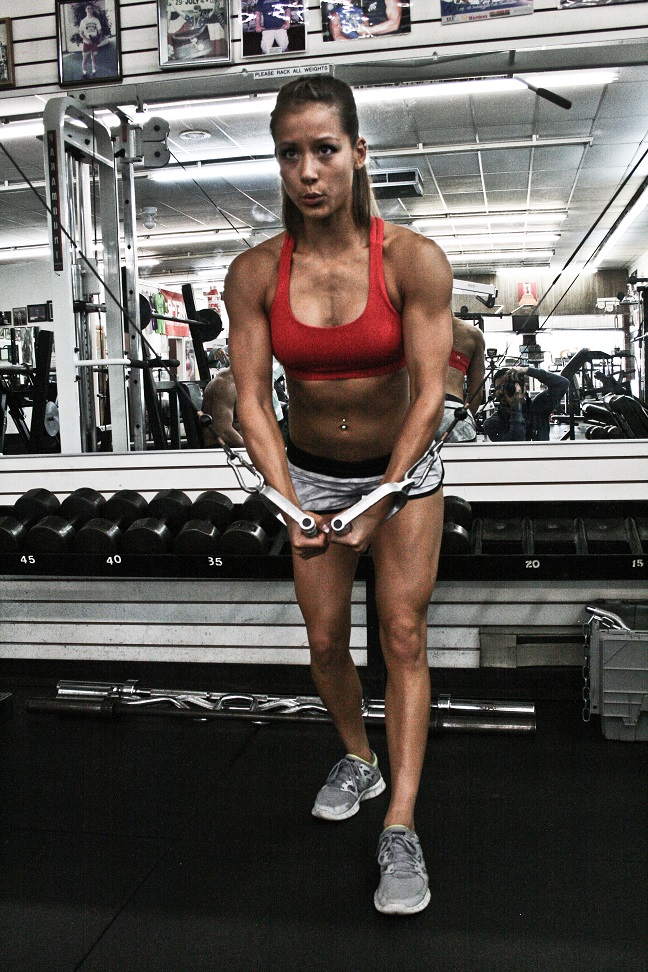 Measuring Progress in the Gym

One of Kimberly’s rules for measuring progress in her physique is taking daily pictures. She doesn’t pay too much attention to the scale, believing it can be an inaccurate representation of progress.

As Kimberly says, the scale only shows numerical changes in her weight, without telling her the difference in her muscle mass or body fat. 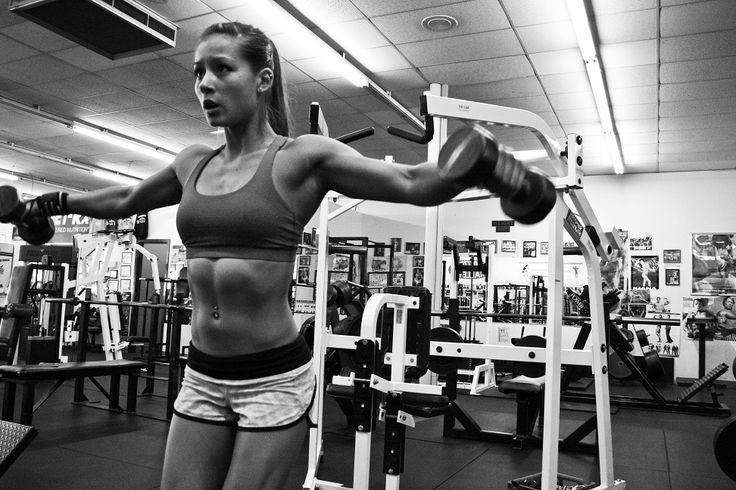 Pumpkin pie bars are Kimberly’s favorite healthy recipe. Here is the list of the necessary ingredients, along with the how-to instructions;

Kimberly first mixes together the pumpkin topping mixture before setting it aside. After this, she proceeds to mix the crust ingredients which she then pats down into a 9×13-inch pan.

Kimberly then bakes the crust for 10-15 minutes at 325 Farenheight until it gets slightly crispy. Once the crust is ready, she pours the pumpkin topping on top of it and bakes it altogether for an additional 35-40 minutes at 325 Fahrenheit.

Once the baking’s done, Kimberly puts everything in the fridge and lets it cool down for about an hour before cutting it down into bars. 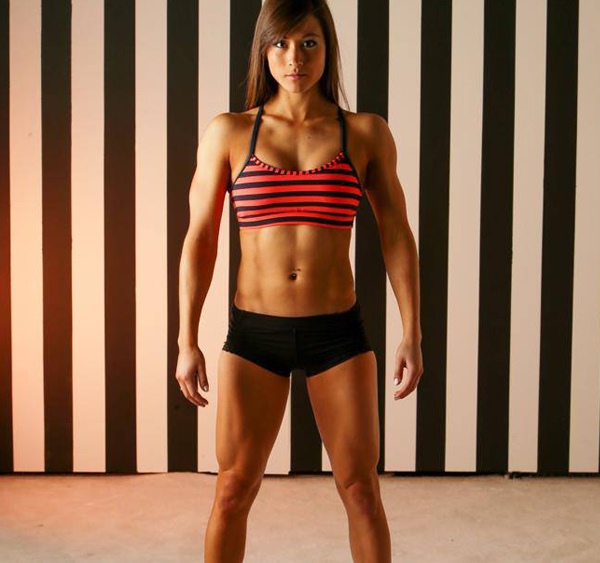 “Salmon is packed with omega 3s, which are healthy essential fats that your body cannot produce on its own. Salmon is also a great source of protein, B vitamins, and has many other health benefits! It is one of my favorite fish.”

In the early stages of her career in regards to competitions, Kimberly was her own biggest influence – motivated by setting high goals and then accomplishing them through hard work and consistency.

However, as she became a personal trainer, Kimberly also began to draw inspiration from her clients and fans. Witnessing their transformations has motivated Kimberly to continually improve her knowledge in fitness to become the best possible coach. As Kimberly stated; “It’s very rewarding knowing that I can help someone achieve their own fitness goals by what I’m doing myself.” – Kimberly Marie

As for other athletes within the fitness industry, Kimberly looks up to Erin Stern and Bella Falconi. Erin and Bella are both fitness celebrities with stories that have inspired people from all over the world, including Kimberly Marie. 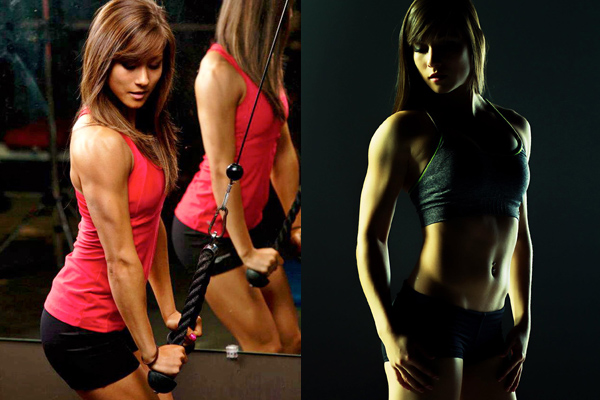 “I would say my setbacks are like anyone else’s – I am my own worst enemy. There are days where I just want to sleep all day, skip the gym, go out to eat and splurge, quit a rep or two early. It is so easy to lose focus and fall off track, and when this happens, it is all myself doing it.”

What we can learn from Kimberly Marie

Kimberly Marie was an upcoming tennis star in her youth. Throughout college, she was able to make a name for herself thanks to her excellent performances on the tennis court. However, this all changed. Kimberly’s career was put under question after she seriously injured her right foot.

As someone with a ‘winners’ mindset, Kimberly didn’t let this one unfortunate event blight her dreams. Even though she couldn’t play tennis for some time, Kimberly began training in the gym to stay active and fit. In the process, she developed a new passion – fitness competitions.

By competing on the fitness stage, and later coaching others, Kimberly was able to become the greatest version of herself.

With Kimberly Marie’s story in mind, here’s what we can learn from it: As long as you keep a positive attitude in life, and work hard for your dreams – there is no adversity that can throw you off the trail towards your ultimate goal.