Karen Lind Thompson is a fitness athlete and model from Iceland. She’s won shows such as the Icelandic Cup and Icelandic Bikini Championships. She was also a runner-up at the 2013 edition of Arnold Classic Europe.

While Karen is an accomplished competitor with big ambitions in fitness, she wasn’t always involved in this lifestyle. In fact, growing up, Karen was mostly into traditional sports like football, volleyball, and running.

However, after receiving a blow to her shoulder and back from two car accidents, which were only 6 months apart, Karen could no longer play her favorite sports. Instead, she took on a weight training program, which strengthened her stabilizer muscles around the injuries; making the almost-unbearable chronic pain finally go away.

Since then, Karen’s career has flourished – she’s not only become one of the fittest women from Scandinavian, but also one of the strongest – holding the record for the bench press for females in Iceland. 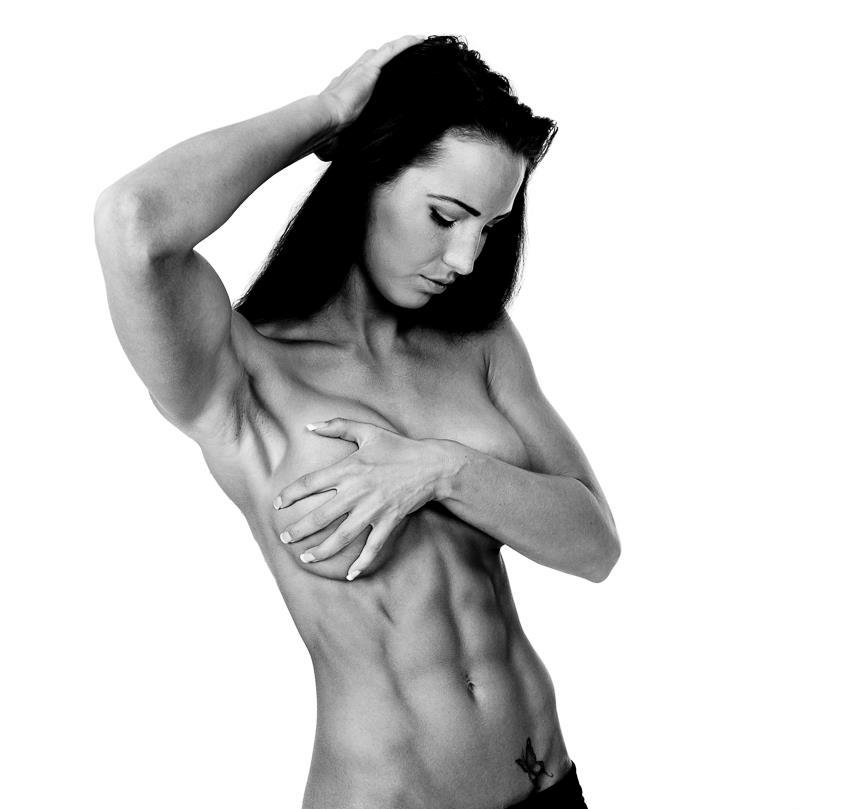 “I’ve always said that the mirror is your best friend and the scale is your enemy. My trainer does measure me every month but that is mostly to see if the plans are working the way we want them to. But the scale can change too much between hours so you can not trust it.” 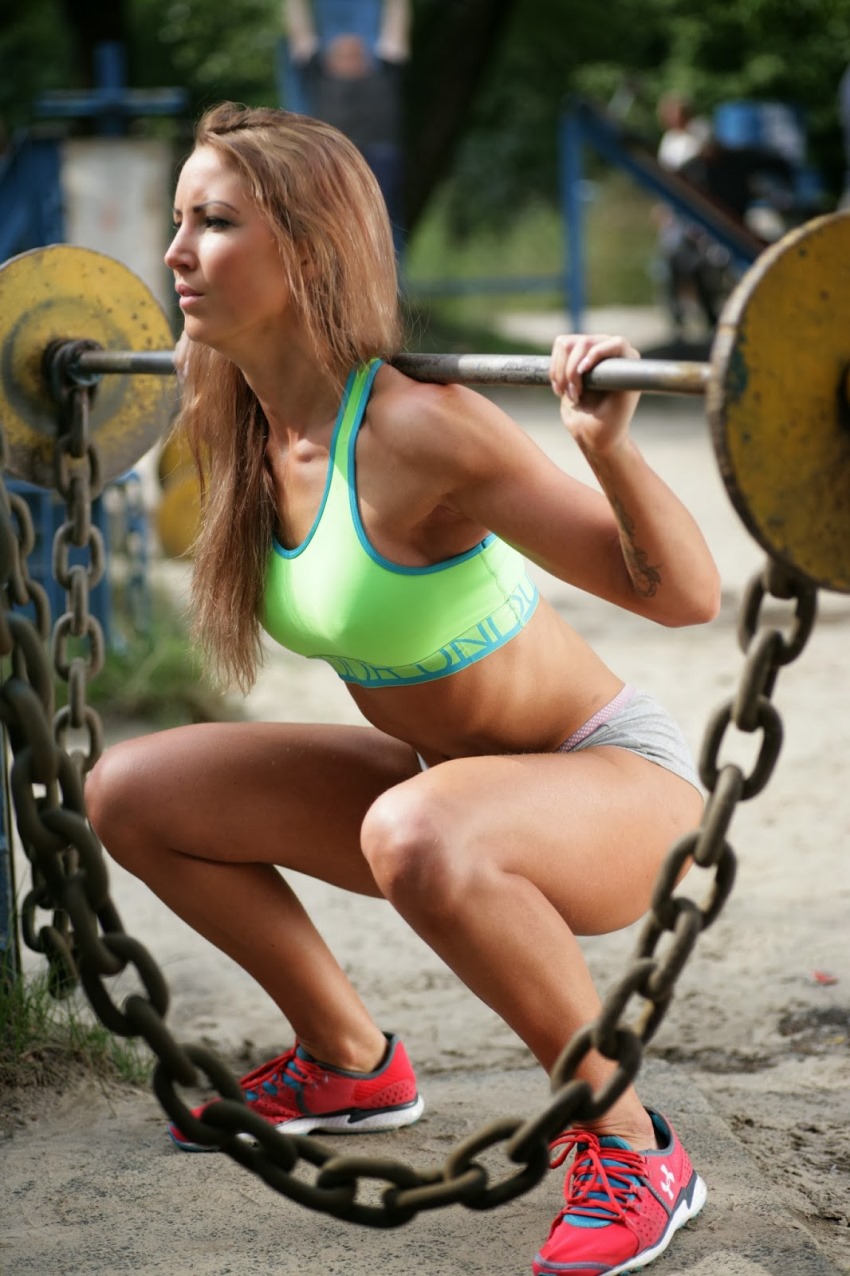 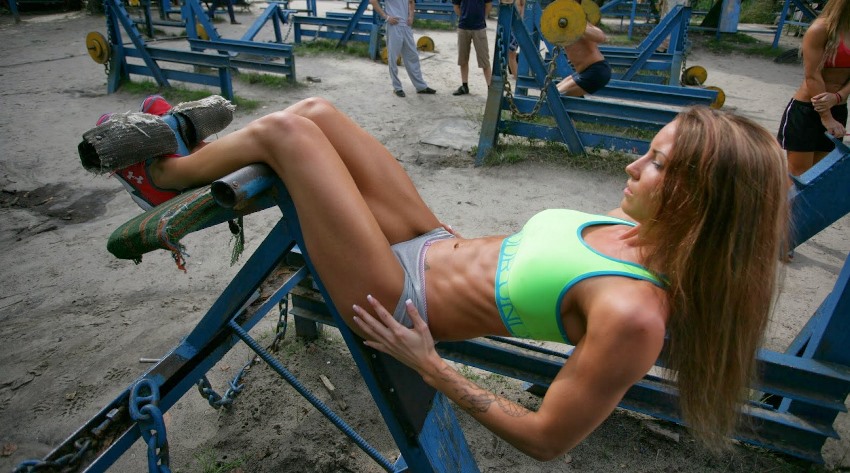 “My long-term goal is just to stay healthy and strong. I do not plan a lot ahead.”

Like numerous fitness athletes, Karen is an individual with an extensive background in sports.

As a kid, she did a lot of high jumping, running, football, volleyball, and she also competed in off-road races like motocross.

Because of this, Karen stayed fit and healthy throughout her schooling days.

The Accident, and Recovering from the Injury

However, in a period between 2008 and 2009, Karen got into two car accidents, which seriously injured her shoulders and back.

The pain from the injury persisted for months, and because of it, Karen couldn’t continue playing the sports she loved so much.

Eventually, Karen realized nothing she tried helped her relieve the chronic pain from the injury, so she decided to try an alternative route – starting to lift weights.

She hoped that by strengthening her muscles around the injuries, the pain would go away – and that’s exactly what happened. 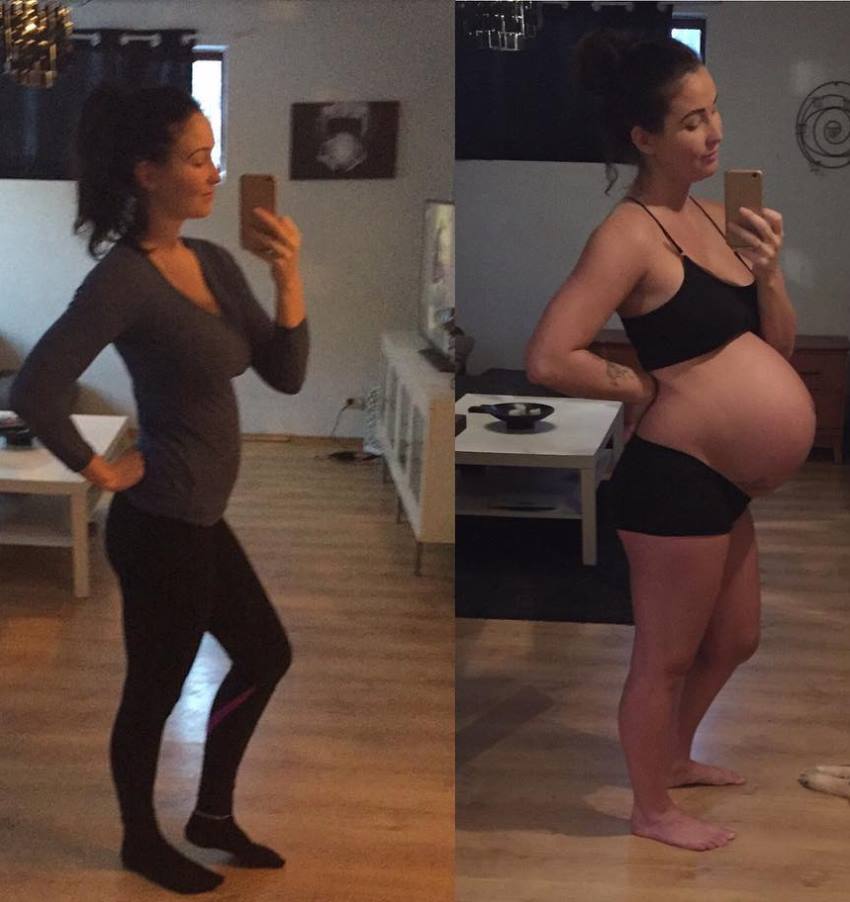 Karen showing her before and after photo while being pregnant.

Within months of Karen lifting the dumbbell for the first time, her injuries became practically non-existent.

But, she didn’t stop lifting weights because of this; in fact, Karen became so infatuated by the fitness lifestyle, that she decided to compete in bikini shows.

Since she made this decision, Karen has become a true ‘legend’ in Iceland – winning almost every national, and Scandinavian bikini contest year-after-year. 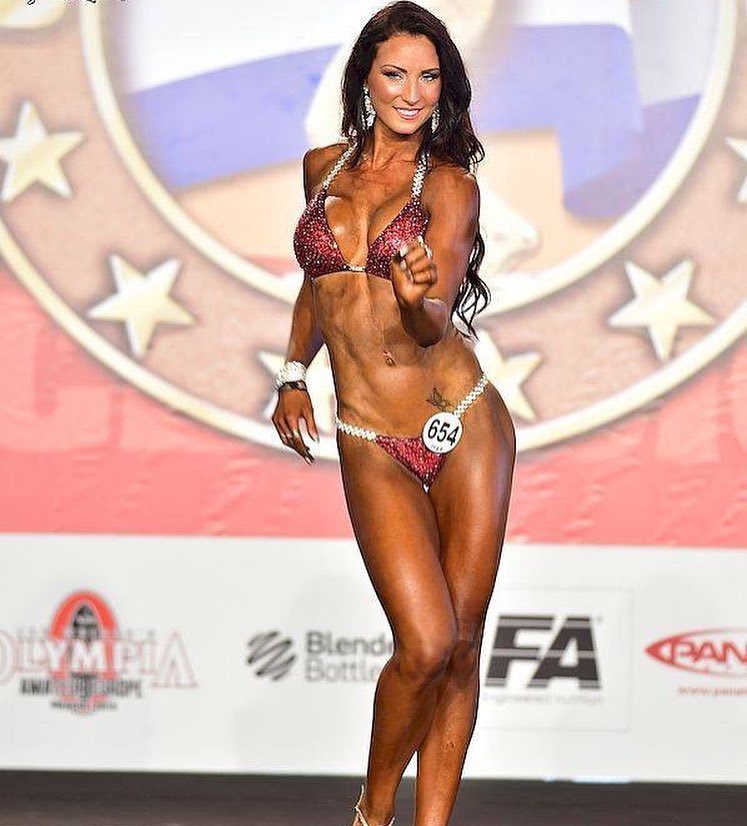 Out of all types of cardio, Karen prefers HIIT. She explained that it shows great results on her physique in a short period of time, and it also greatly increases her stamina – which is something she can’t achieve with a steady-state cardio.

As she gets closer to the competition day, Karen will slow down on her HIIT sessions a bit, just to make sure she avoids potential injuries.

On top of lifting weights six times per week, Karen also does cardio 4-6 times per week. She trains her abs every day or every other day. 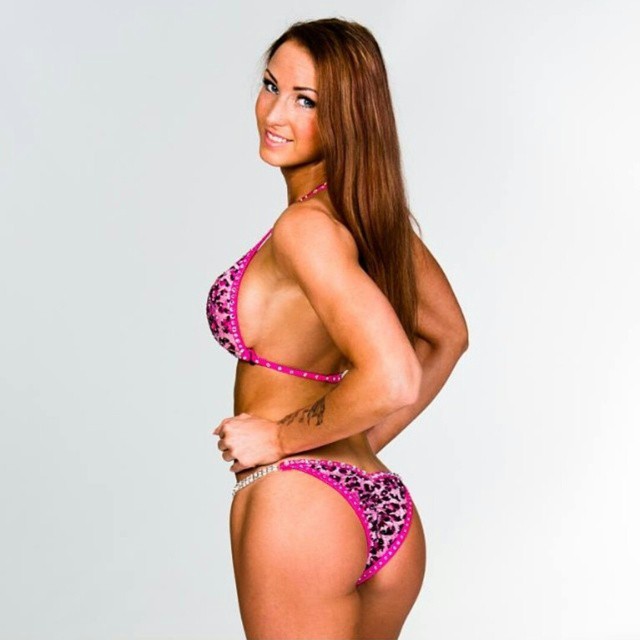 “I eat about 80% clean every day – I allow myself if I want anything extra (but then I do a little bit extra) – I’m not focusing on cardio but on building muscle. It’s all about a healthy balance with nutrition and exercise and having the self-control and keeping your goals fresh in your head.”

These are all clean foods which help Karen achieve her contest-ready look.

Whenever she gets cravings for something sweet or unhealthy, Karen gets herself a cup of black coffee – this will usually make the craving go away.

However, if the desire still persists, then Karen will drink a lot of water and eat two cherry tomatoes. “Cherry tomatoes work like magic,” says Karen. 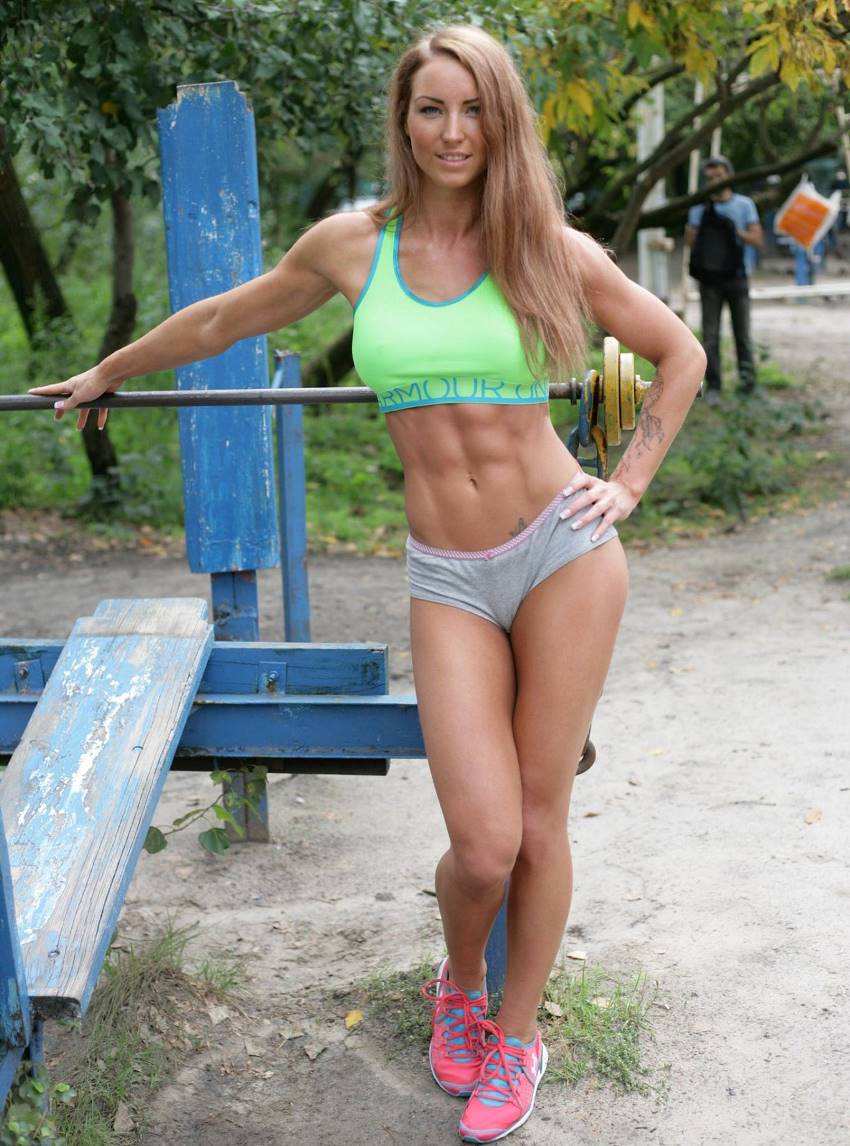 Karen admires all fitness athletes who want to improve themselves, but those who stand out in her eyes the most are Anna Virmajoki, the 2012 World Bikini Champion from Finland.

Candice Lewis is another athlete, who is an IFBB Figure Professional, and Amanda Latona, the 10-time IFBB Bikini Champion. 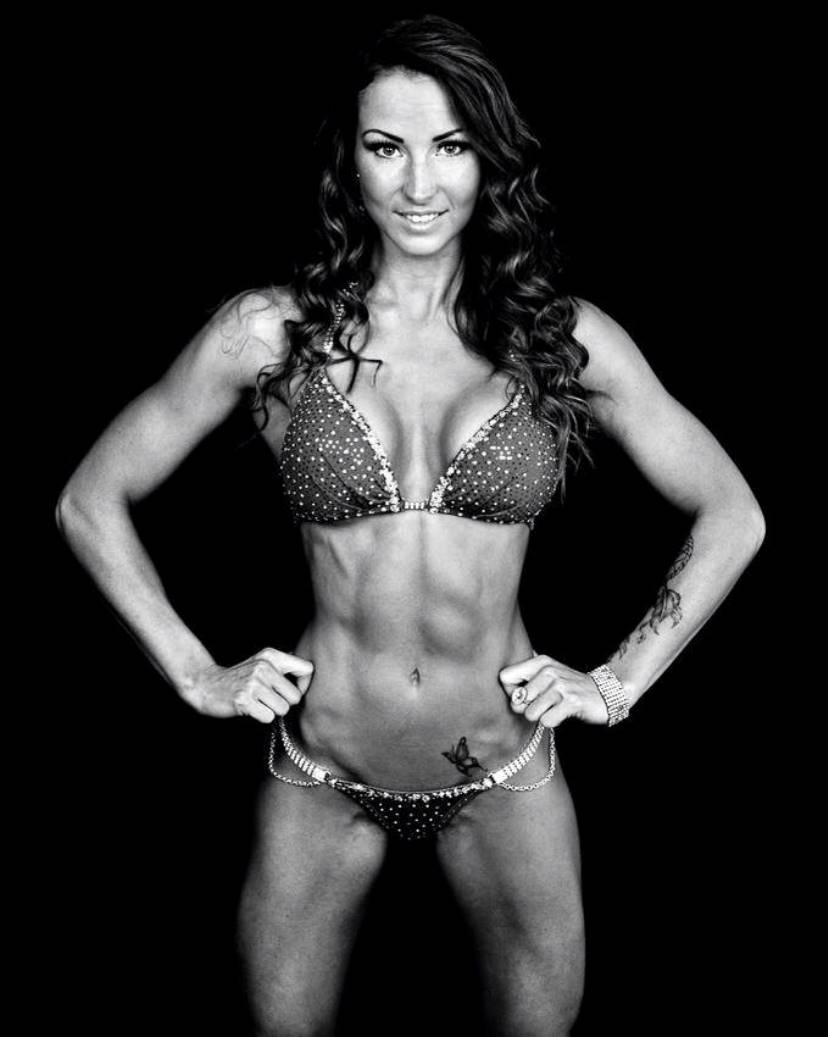 “I would have to say that I’m pretty proud that I never go too far from the on-season shape. I keep a healthy lifestyle all year round, but not that strict during my off-season.”

What we can learn from Karen Lind Thompson

While Karen always dreamed of becoming a professional in sports like football or volleyball as a child, an unfortunate turn of events prevented her from realizing these dreams.

However, at the same time, it was also an opportunity for something new – fitness, in this case. Through fitness, she rediscovered her active, energetic, and passionate self, and became a bikini athlete ‘to the stars.‘

If you ever find yourself in a situation which prevents you from reaching your goals, and there’s no way around it – then remember, there’s always something else out there in which you can thrive – just like with Karen Lind Thompson.