Karen Domingos is a Brazilian fitness athlete and model. She worked as a flight attendant for over 13 years, but after having her first child, Karen started training in the gym to get back in shape.

Ever since then, she’s gone on to build a booming career in figure contests and social media. This has led her to become an inspiration for thousands of women who’re looking to get in shape through fitness.

This is Karen’s story: 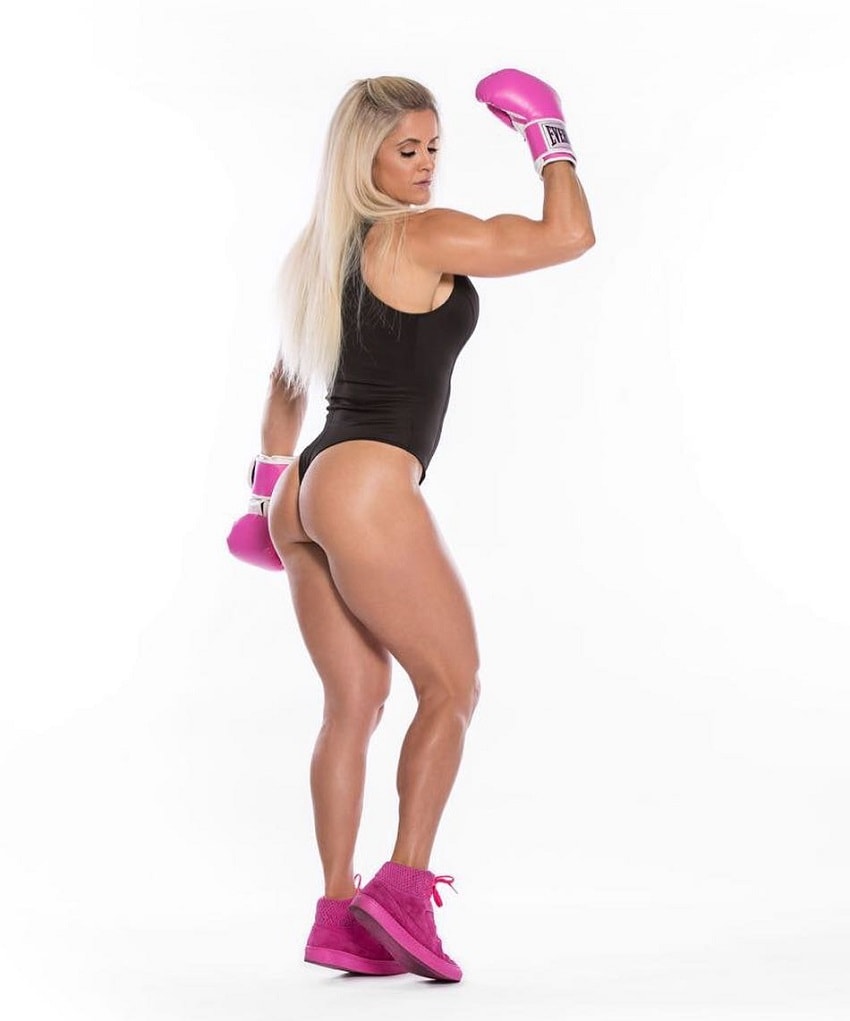 “I started working out two months after I had my son. After only a few months I started seeing the results and never looked back. My passion is in health and fitness. I like to motivate women to achieve their goals and inspire them through my own achievements.” 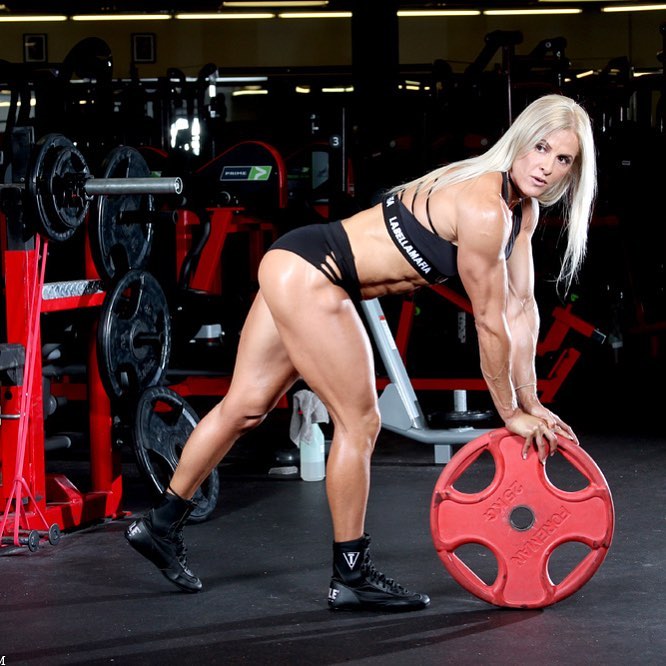 “Put your heart, mind and soul into every single thing you do in life. That’s how you truly grow.” 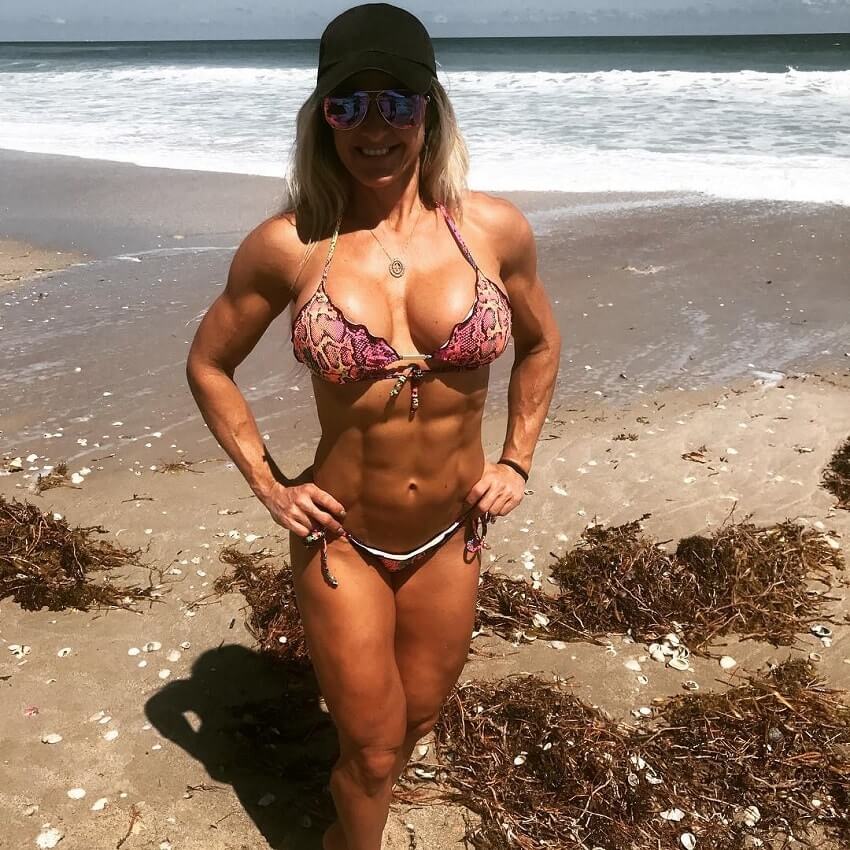 “We all know that abs are built in the kitchen and besides the clean eating I also train hard and take the right supplements!”

From a Flight Attendant to a Fitness Addict

Karen Domingos didn’t always have the lifestyle she has today. In fact, she spent most of her life working as a flight attendant and didn’t consider a career in fitness.

But then, Karen became pregnant with her first child.

After giving birth, she noticed that she’d gained some weight, which motivated her to enter the gym.

Karen says, “I’ve never looked back since then.” Through weight training, she’s achieved an amazing figure, and fell in love with fitness in the process. 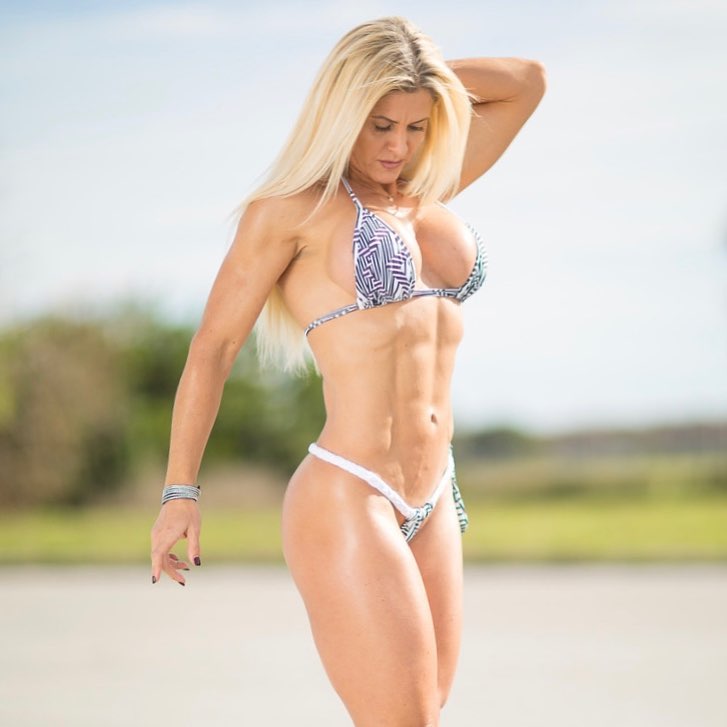 After discovering her new passion, Karen decided to make a jump of faith in fitness modeling and figure contests.

It was a scary decision, says Karen. She risked a safe career of a flight attendant to pursue her dreams.

However, thanks to her hard work, everything ended up working out for Karen. Ever since her early fitness journey days, she’s gone on to become a social media icon and a successful competitor on the stage. 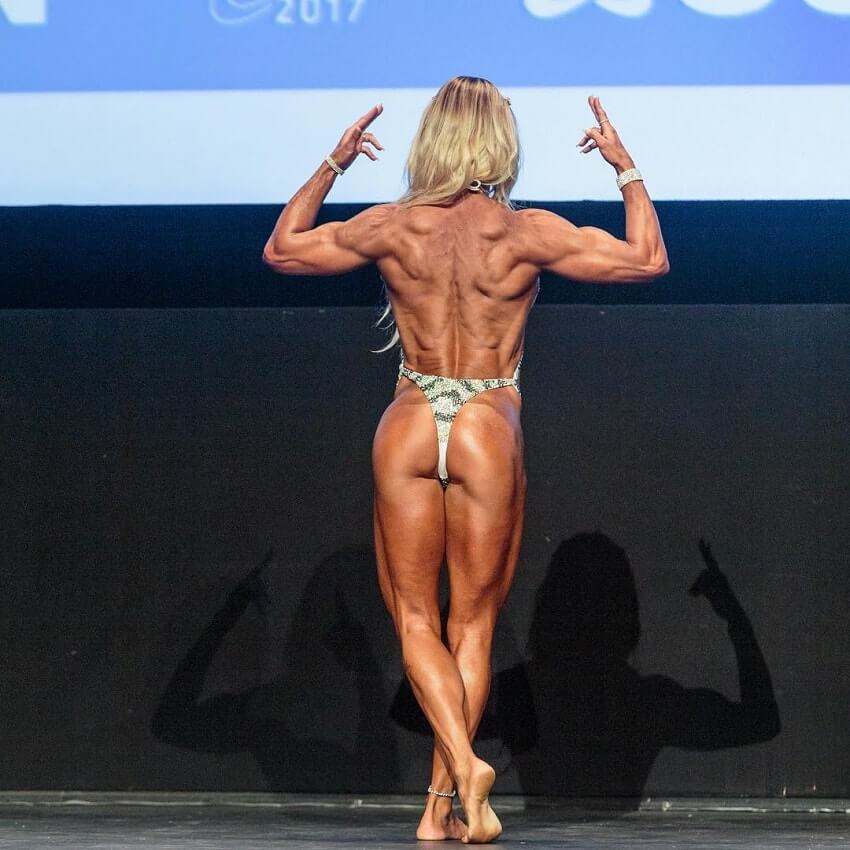 Some of the shows Karen has won include the 2012 Europa Orlando and 2017 NABBA World Championships.

Alongside her success on the stage, Karen is also a famed model. She’s been featured in a number of well-known health magazines, and is also a entrepreneur with her own company. 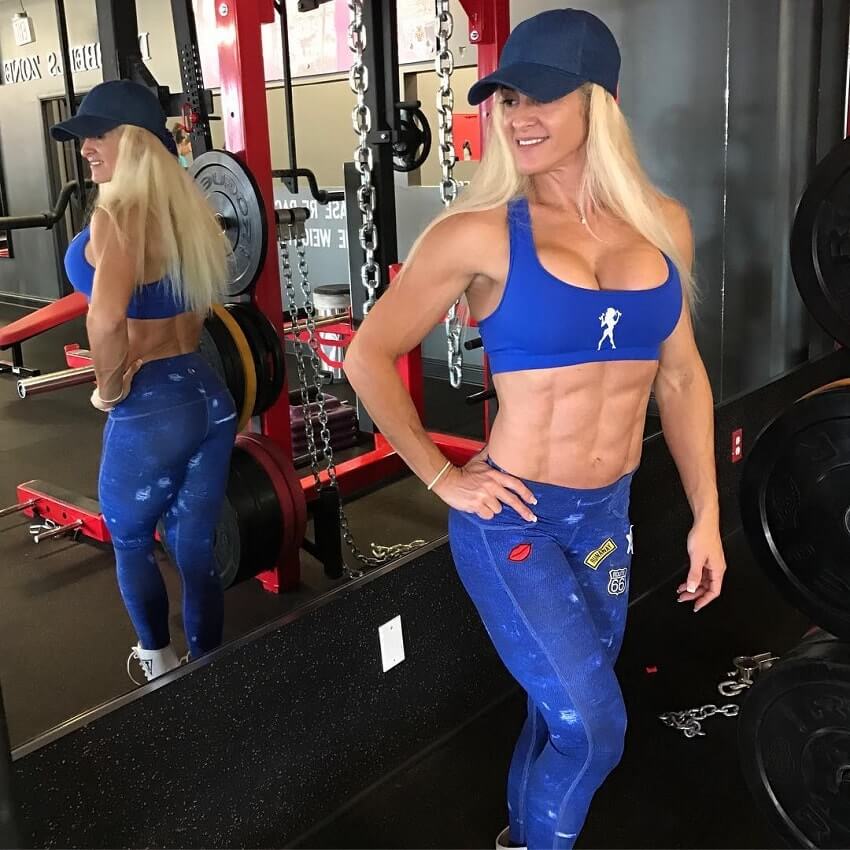 Karen Domingo trains 6 times per week in the gym. Her workouts last from 1 to 2 hours. She usually has two training sessions per day.

However, on the days where she trains legs, Karen won’t train any other muscle. This is because her leg workouts are extremely intense, which means Karen has to take a day off to let her body recover. 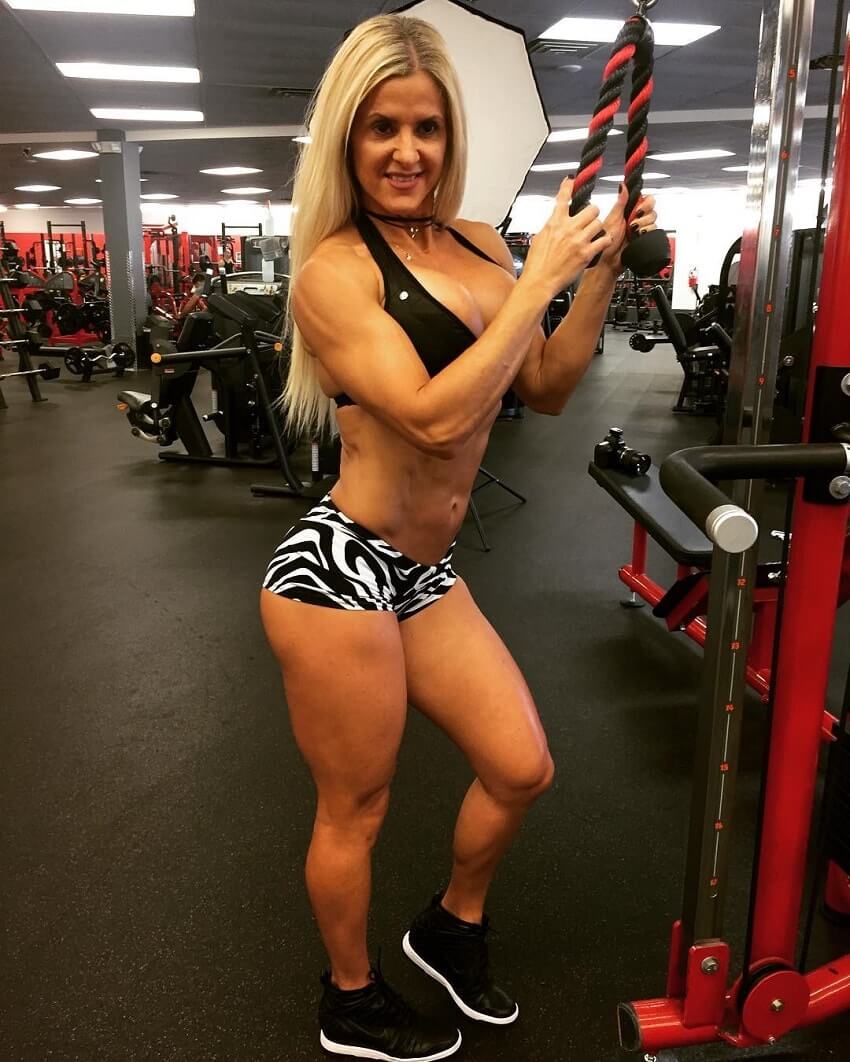 In order to avoid “boredom and plateau” in training, Karen constantly changes her workouts.

She adds different exercises, changes the number of reps and rest periods, and tries new machines. This not only helps improve Karen’s progress, it also lowers the risk of an injury; forcing her muscles to adapt to new movement patterns. 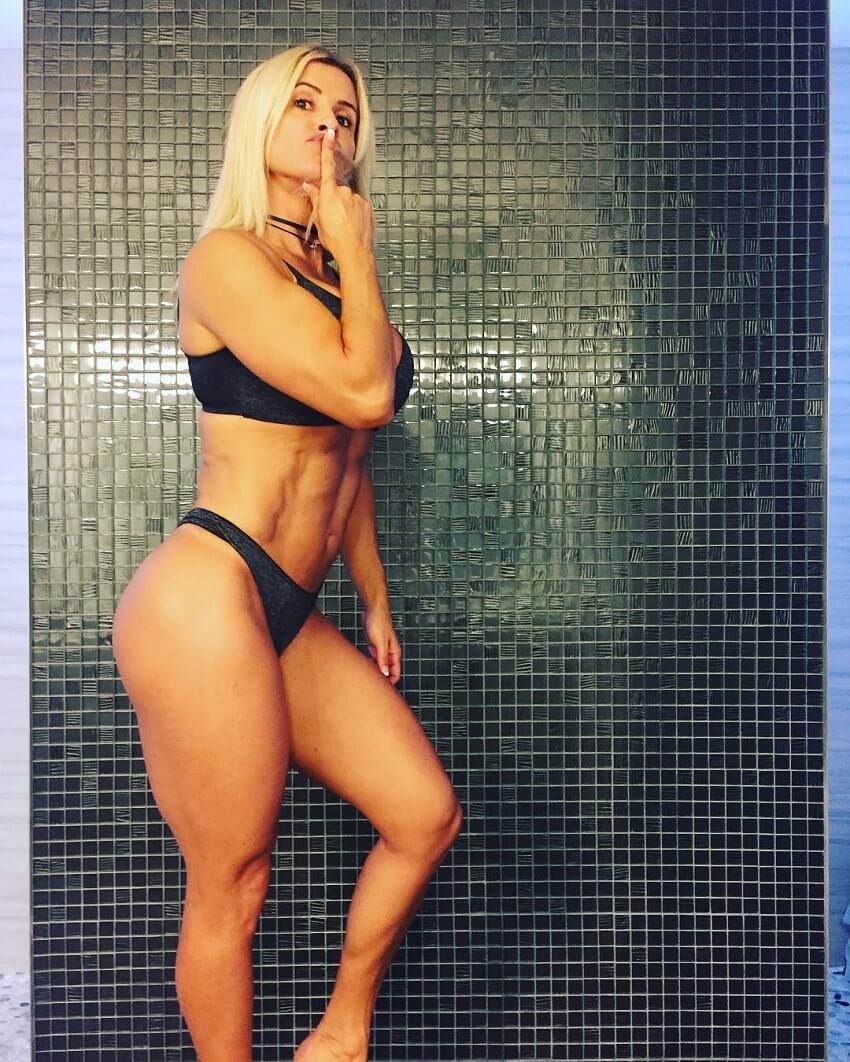 Karen’s off-season and pre-show diets are very similar. The only thing that changes is the amount of food and the number of meals she has throughout the day.

The quality of her meals stays the same; she only eats whole and unprocessed foods.

Karen rarely eats fast foods or sugars. With that said, she’ll reward herself with an odd dessert after a contest. 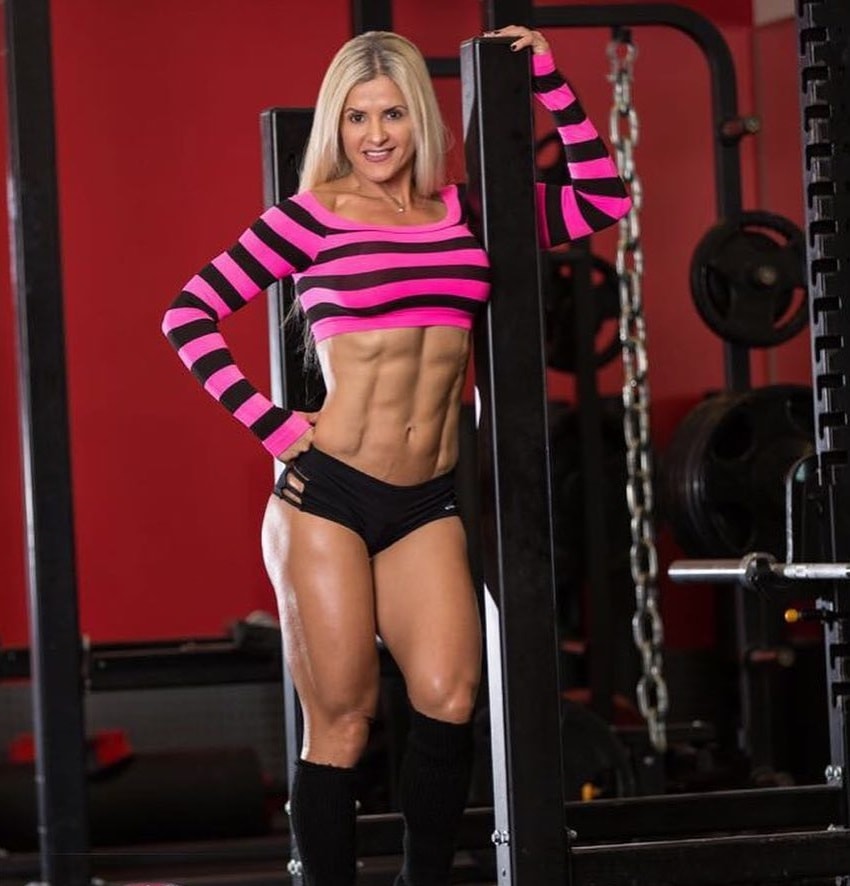 Karen has tried many different fat loss methods over the years. However, almost none of these worked for her.

“Short-term dramatic fat loss diets don’t work well for me. I tend to work much better with carbs in my meal plan.” – Karen Domingos

There’s one diet, however, that has worked wonders for Karen – carb cycling. In her words: “I found the carb cycling protocol to be the most effective in terms of fat loss and building muscle.”

In fact, carb cycling is so effective for Karen that she’s able to have 2-3 cheat meals per week while still losing fat.

Karen believes that protein is the key nutrient for preventing muscle loss during a cut.

For this reason, she eats a protein-packed meal every 2 or 3 hours.

Karen also makes sure to drink at least 1 gallon of water per day to keep her muscles hydrated; which further helps with maintaining her muscle mass. 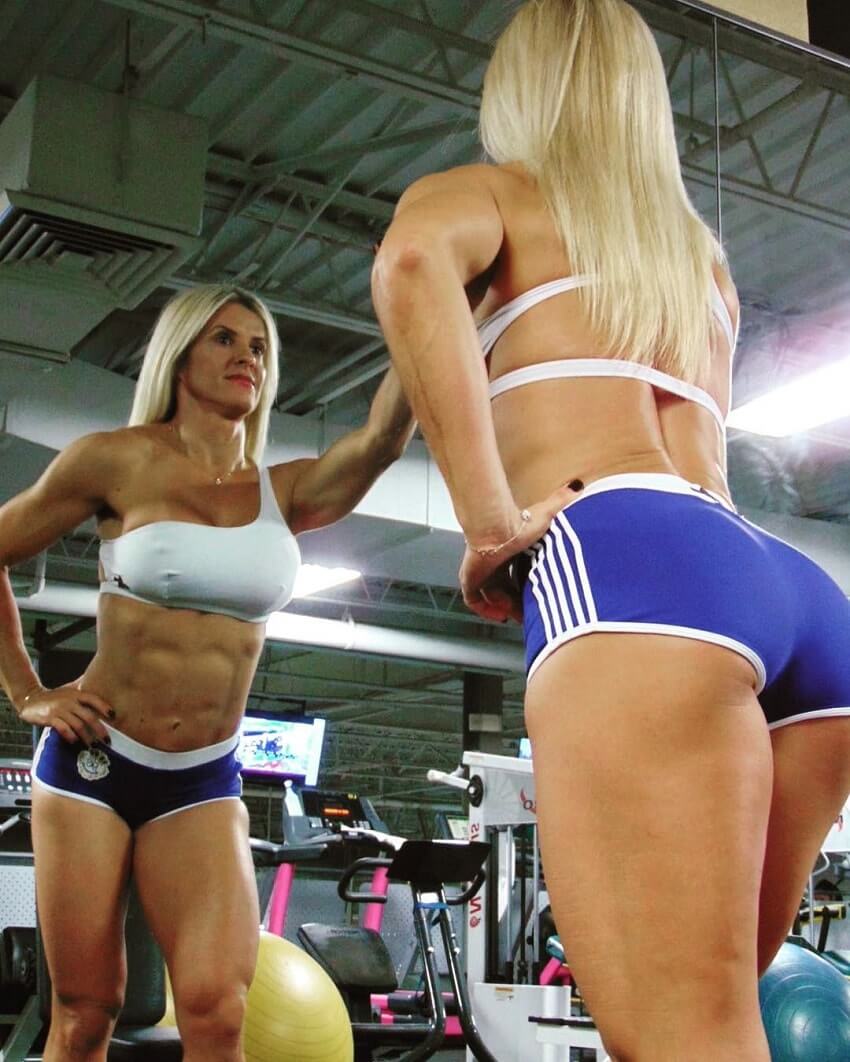 “The most helpful thing I can say is to make sure you are happy and proud of your physique when you get on the stage, be yourself! Your hard work is what matters, not the results!”

What we can learn from Karen Domingos

Karen Domingos has shown us that it’s never too late to start your fitness journey.

Karen began lifting weights after having her first child. After discovering her passion for fitness, she decided to enter fitness modeling and figure competitions, even if that meant sacrificing her “safe” career as a flight attendant.

What her story tells us, is that it’s always possible to make a fresh start. No matter your age or background.