Jessie Hilgenburg is an American IFBB Figure Pro. She took to the bodybuilding stage after earning herself a phenomenal physique, building upon her love for fitness that she had from an early age – taking part in sports such as softball and Taekwondo.

However, Jessie started college, turning to a life of constant partying – causing her to lose touch with fitness. She would constantly drink alcohol and eat unhealthy foods, unaware of the damage she was doing to her body.

However, Jessie was eventually able to overcome this – rediscovering her love for fitness. She became a success on the bodybuilding stage, storming to her first win as an amateur in 2010. Eventually, Jessie earned her pro card in 2013 – emphasizing how far she had come in her fitness journey since leaving a life of partying behind.

Now, Jessie aims to inspire as many people as she can – helping them to change their life for the better, enabling them to hit their fitness goals. This is her story. 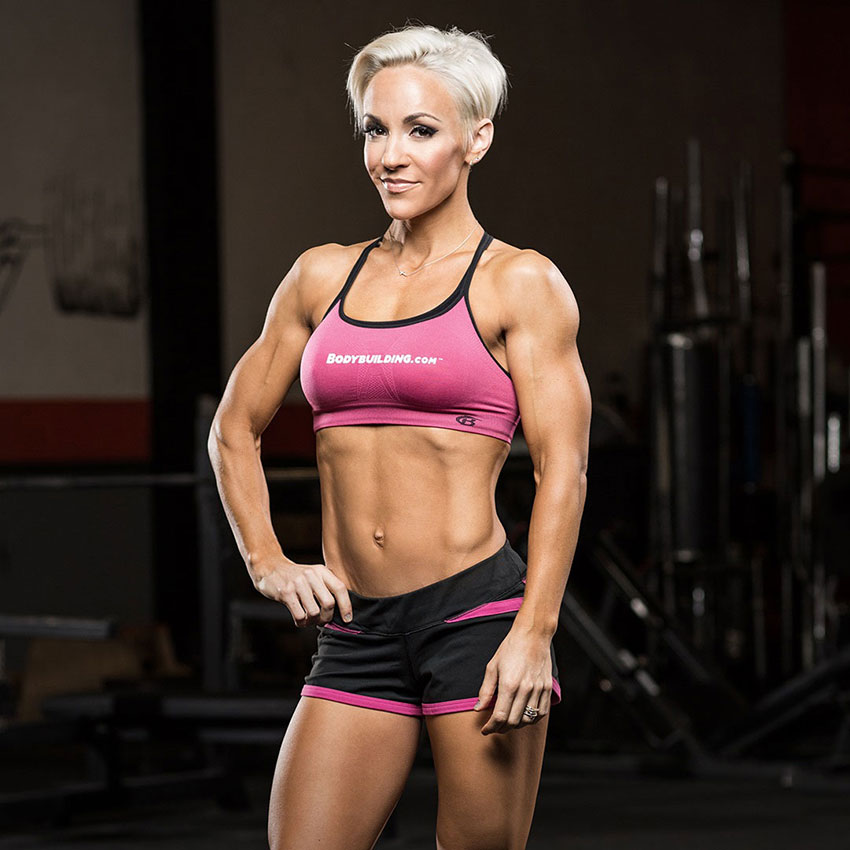 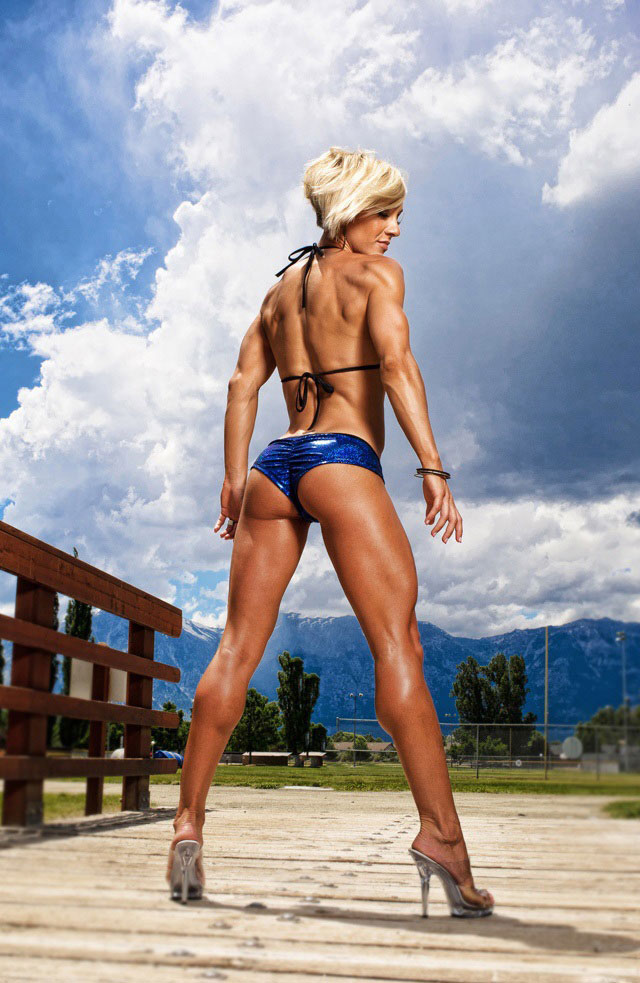 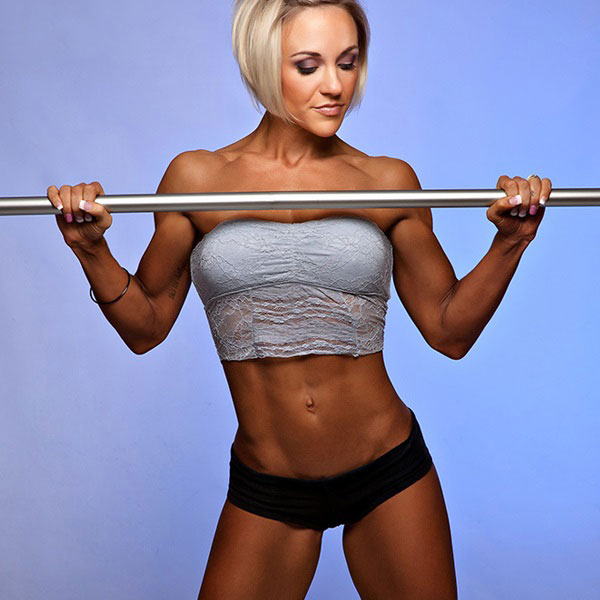 Fitness became part of Jessie’s life from an early age. She grew up in a family whose lives revolved around staying fit – forming a foundation for Jessie’s fitness journey.

Jessie started out in fitness by taking part in Taekwondo. Showing great potential, she was able to earn her black belt by the age of 13. Taekwondo taught Jessie many important life lessons that she used to move forward in her fitness journey, including: discipline, respect, integrity and perseverance.

Eventually, she turned to competitive sports, such as softball. Quickly, this became something that she loved. Eventually, Jessie began weight training- being her wish to become stronger in the sport. Jessie highlights the influence of softball in her fitness journey:

“I took softball pretty seriously – I don’t know if I was ever that great at it but I loved playing. I was a catcher – I felt strong and loved being tough”.

However, her fitness journey would soon grind to a halt, when Jessie started her new life at college.

Throughout her college days, Jessie saw her fitness journey hit a roadblock – deciding to focus on her education instead. Leaving her days of playing competitive sport behind, Jessie stated:

“After high school, I gave up sports to pursue my education and career in graphic design and in the process took up Yoga and shortly after, Golf. Those two, I’ll stick with for life as they help so much mentally and physically”.

However, Jessie’s life in college quickly saw her become a typical teenager. She was always out partying – having a blatant disregard for her personal well-being.

Jessie constantly ate unhealthy foods, while also drinking a high amount of alcohol on a regular basis. Soon, this would begin to take its toll on Jessie both physically and mentally – as she began to suffer from low self-esteem.

Fitness became something that Jessie paid little attention to – if any at all. She was now a far cry from the days where her life revolved around fitness. However, that would soon change.

Turning Her Life Around

Jessie attended a bodybuilding competition as a spectator, where she met her future husband Alex, who was competing on stage at the show. From this point, Jessie knew that she wanted to become a bodybuilder herself. From then on, she began taking the steps to compete on the bodybuilding stage.

Jessie now realized that her life of constant partying had stopped her reaching her true potential in fitness. So, it became her wish to reignite her passion for fitness – in the process rediscovering her love for weight training.

“There’s something in me that needs to have my own story and goals—my own journey to get to where I want to be. When I saw those figure competitors, I knew that my goal was to compete on that stage. That one moment became my driving force”. 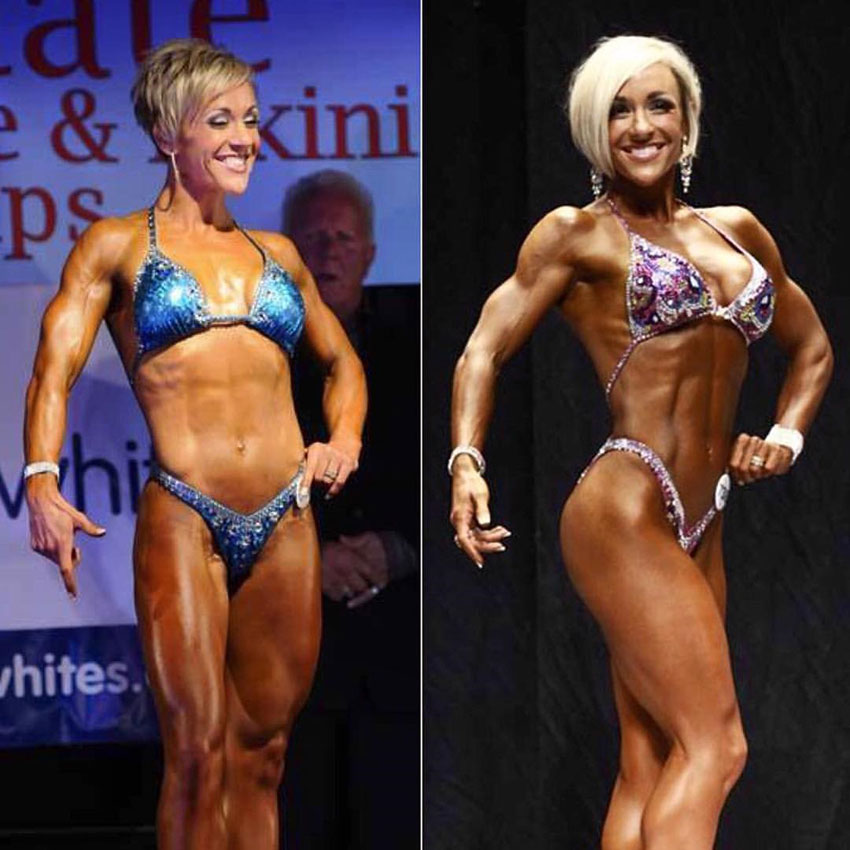 Jessie at her first bodybuilding competition compared to one of her later ones.

Jessie became determined to find success on the bodybuilding stage. This is when she began her preparations for her first competition in 2009. But Jessie’s plans would hit a set-back – dealing with the loss of her father.

This left Jessie absolutely devastated. One of the biggest influences in her life was no longer there to see compete on the bodybuilding stage. Her bodybuilding ambitions would have to be put on hold – at least for a short period.

However, Jessie bounced back storming to a 2nd placed finish in her first bodybuilding competition in 2010. This offered Jessie a platform to truly take her bodybuilding career to the next level, earning her first win as an amateur at the Contra Costa Championships later in 2010.

The highlight of her career came in 2012, when Jessie was able to earn her pro card. This was an immense achievement in Jessie’s life – realizing that she had begun to make a name for herself on the bodybuilding stage.

Fitness became a huge part of Jessie’s life again, ever since she rediscovered her love for weight training after college. Jessie maintains a busy lifestyle, but ensures that she has time for fitness.

After reaching her own fitness goals and achieving success in her bodybuilding career, Jessie now aims to have a positive influence in other people’s lives.

She became a competition coach in order to achieve this, making it her mission to help others achieve great things on their fitness journey – just like she has. 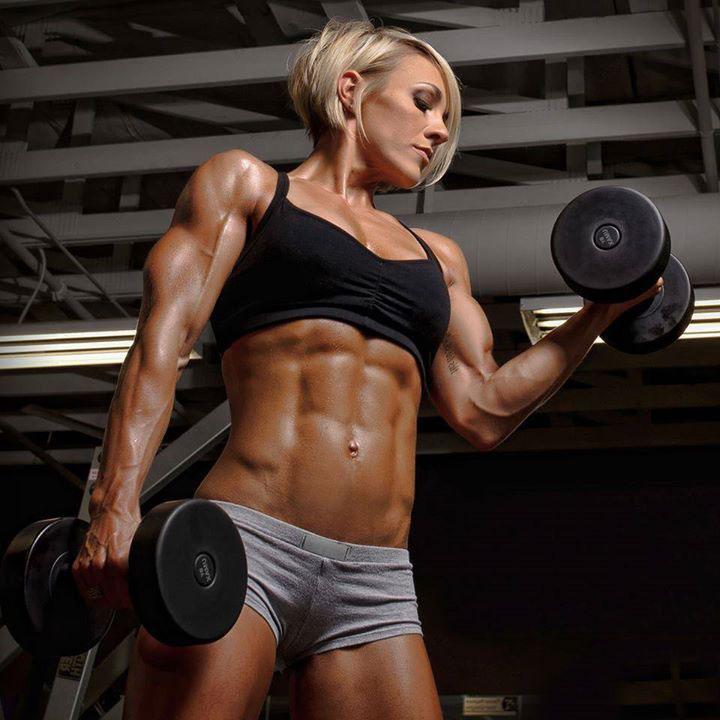 To be a success on the bodybuilding stage, Jessie needs to stay consistent with her training. She states that by doing this, it is possible to hit any fitness goals that she sets for herself:

“I have great genetics, but know I have to put hard work into certain areas to get the edge. Somewhere out there, there’s another figure girl my height with big dreams training hard – so I don’t get to make an excuse not to go to the gym”.

Jessie focuses on lifting heavy weights with low repetitions in order to maximize lean muscle growth. She lists her three favorite exercises as deadlifts, hamstring curls and pull-ups, performing them in her workouts frequently. Two example workouts are listed below: 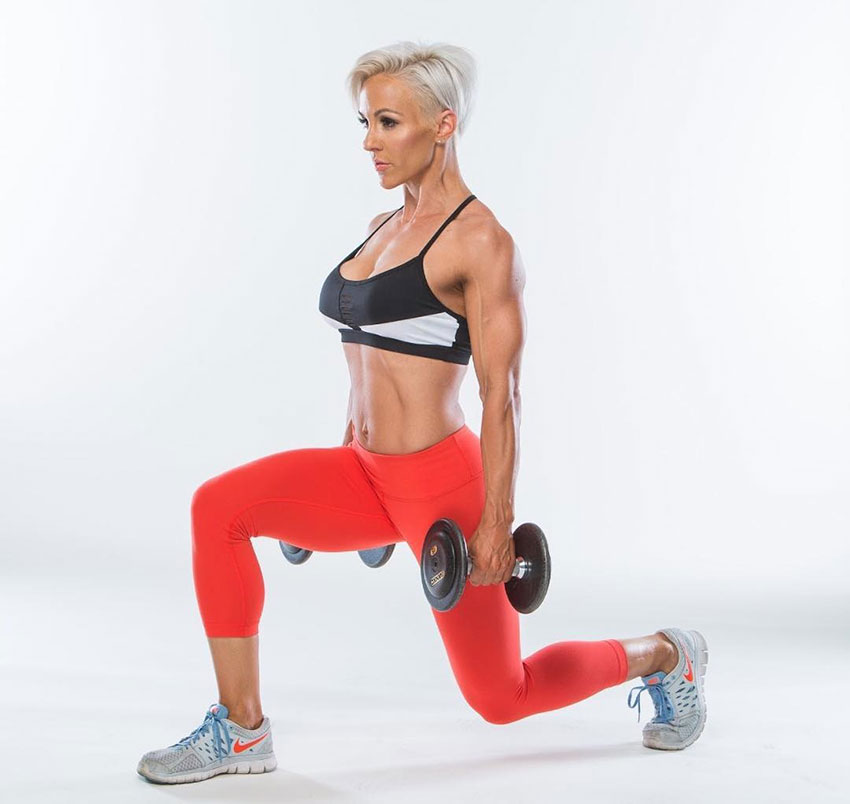 Jessie prepares her meals at the start of the week, offering her the best chance of continually hitting her fitness goals. Additionally, this stops her from falling off track, indulging on unhealthy foods that can amount to a lot of calories. This could potentially sacrifice her hard work in the gym.

A meal plan that Jessie follows to stay healthy and reap the benefits of her workouts is listed below: 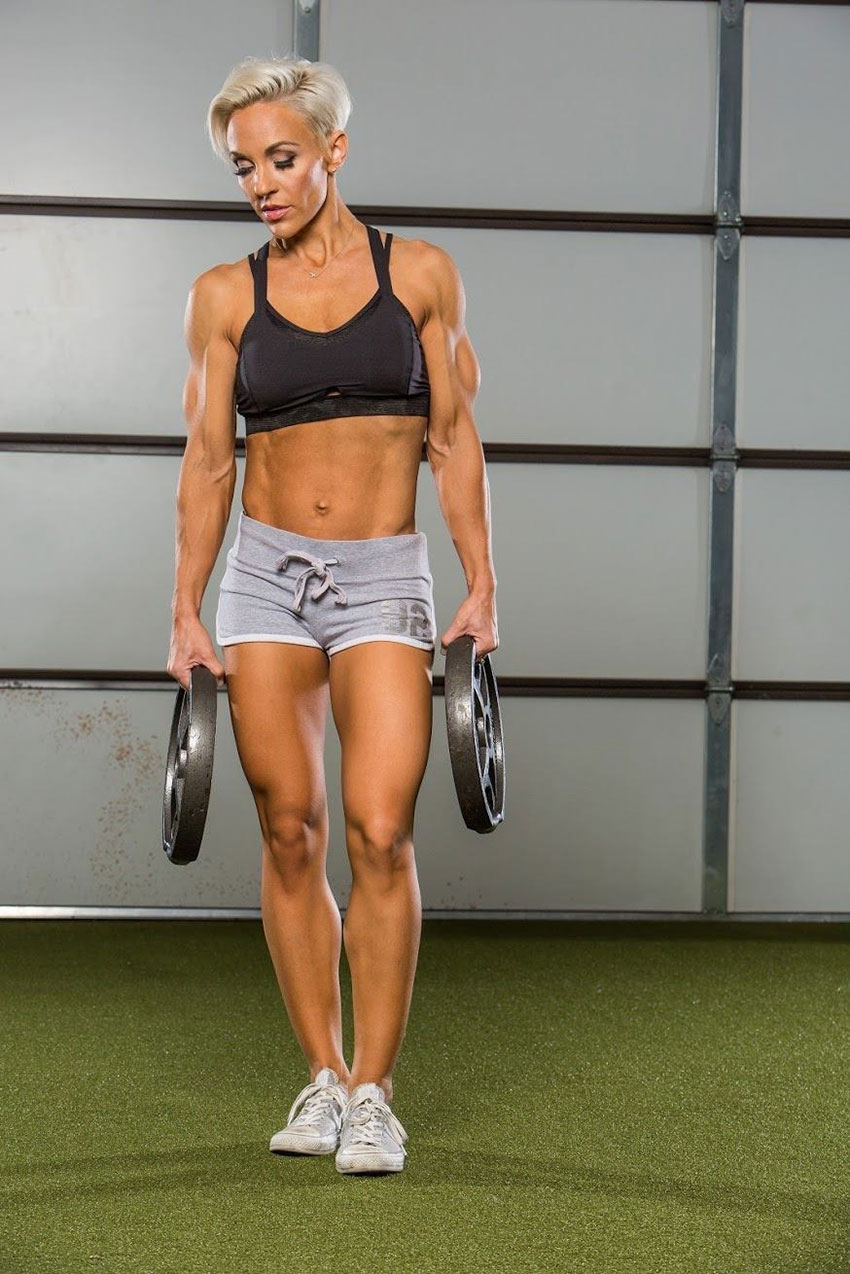 Jessie’s parents were a huge influence in the beginning of her fitness journey. They encouraged Jessie to follow a healthy lifestyle, which became a huge part of her life. With regard to her parents’ influence, Jessie states:

“Being fit and living healthy is what I know and love. Fitness has always been a part of my life. I grew up in a fit family—my dad ran marathons, we had a home gym, and my parents always had gym memberships. Still, I never really caught the training bug until I began playing sports. When I started playing softball, I started hitting the weight room”.

Additionally, Jessie takes influence from Arnold Schwarzenegger, being a figure in bodybuilding that Jessie looks up to. He has achieved many great things in his career – Jessie aims to do the same. 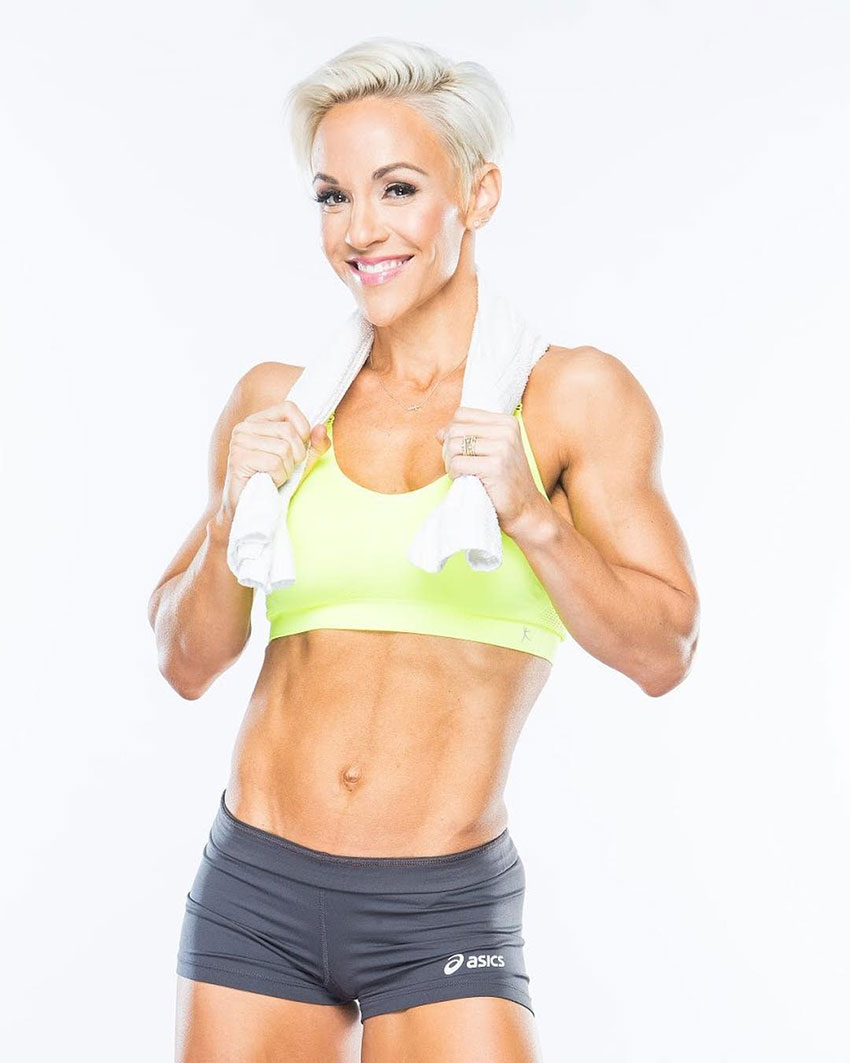 What we can learn from Jessie Hilgenburg

Jessie Hilgenburg is an inspiration to many people across the world. She began her journey in fitness by following in the footsteps of her parents – maintaining a healthy lifestyle from an early age.

However, Jessie failed to continue her love for fitness when she began college. It became something that she had lost touch with – turning instead to a life of constant partying and eating unhealthy foods.

Eventually, Jessie discovered bodybuilding, which offered her a way to rediscover her love for fitness. Then, she fully embraced the opportunities that came her way – leading her on the road to success on the bodybuilding stage.

What we can learn from Jessie Hilgenburg is that sometimes, motivation for fitness can be lost. But, when you give it your all, fitness can completely transform your life – allowing you to become the best possible version of yourself.