Jess Clutterbuck is a fitness model and personal trainer from Cheshire, England who’s known for her incredible transformation story. Jess fought anorexia throughout her teens and early 20s, almost dying from the eating disorder.

However, through her own will power, and a new approach to life, Jess was able to beat the illness, and become a successful personal trainer in the process. Here’s Jess talking about her transformation;

“If I could pinpoint the moment I decided to change my life it was this: I remember it being the middle of August 2013 and in normal circumstances, I’d have been sat outside with the rest of my family enjoying the sunshine.

But I couldn’t, I was so horribly cold that I was sat inside wrapped in cardigans trying to keep warm. My niece must have been a few months old at this point. I always knew I wanted a family, I always knew how much I loved babies & being around lots of people. At this point, my body had started to shut down and my illness had taken over totally.

At this one moment, I looked at this tiny baby and thought to myself… How can I love her so much and she isn’t even mine? And it was at that moment I realized that if I carried on, I would never get to feel that love for a baby of my own. So this was the day I decided to change my life. And I haven’t looked back since.” – Jess Clutterbuck 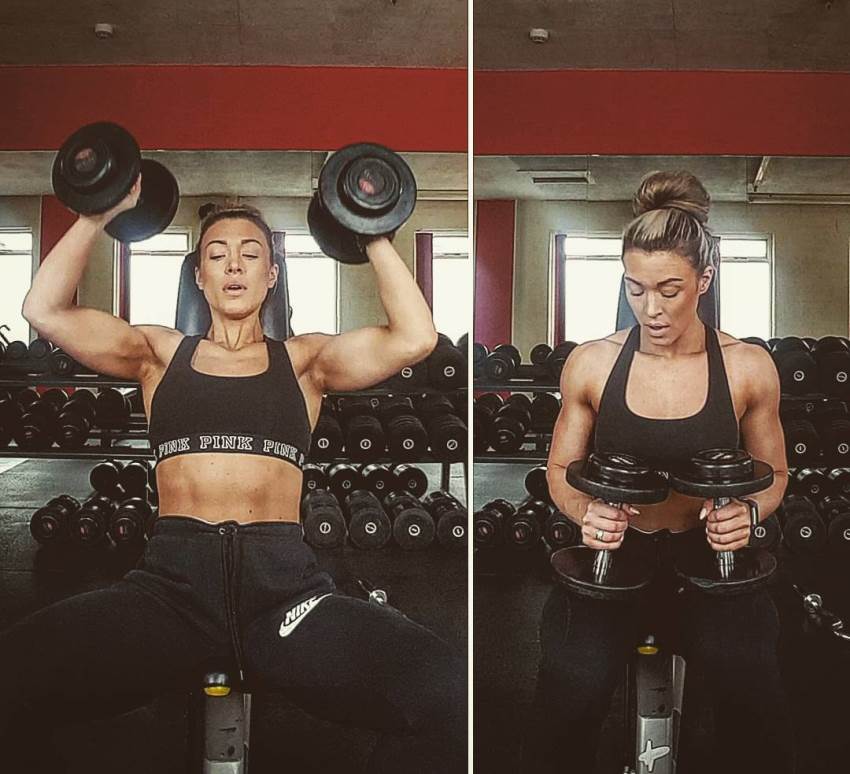 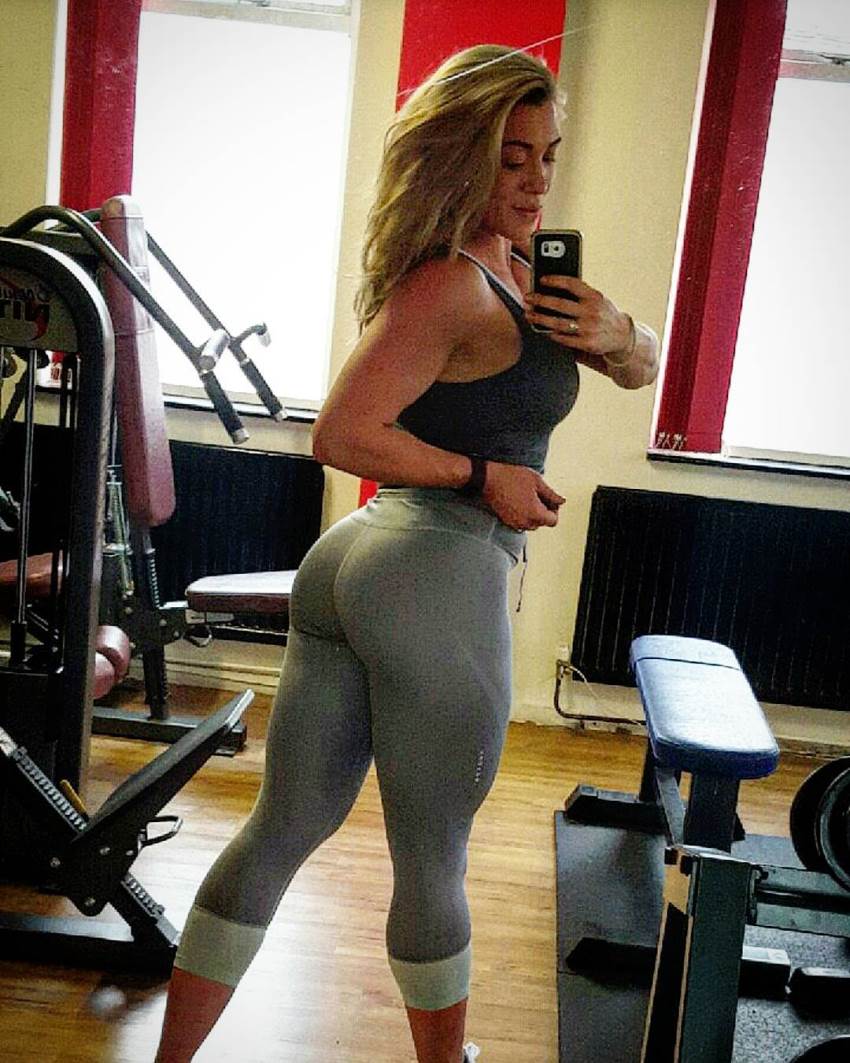 “Sometimes we all lose motivation, work life, wanting to eat all the things! Relationships, being super tired, health implications, self-doubt doubt, & generally feeling bad. But you’ve got to ask yourself ‘how bad do you want it?’ “

For me, I want to live the rest of my life in the healthiest body I can, so everyday I’m going to push myself… Life is short, but this fitness life can make it a whole lot longer. You need goals, self-love, & a balance. As long as you know you’re doing your best that is all you can do!” 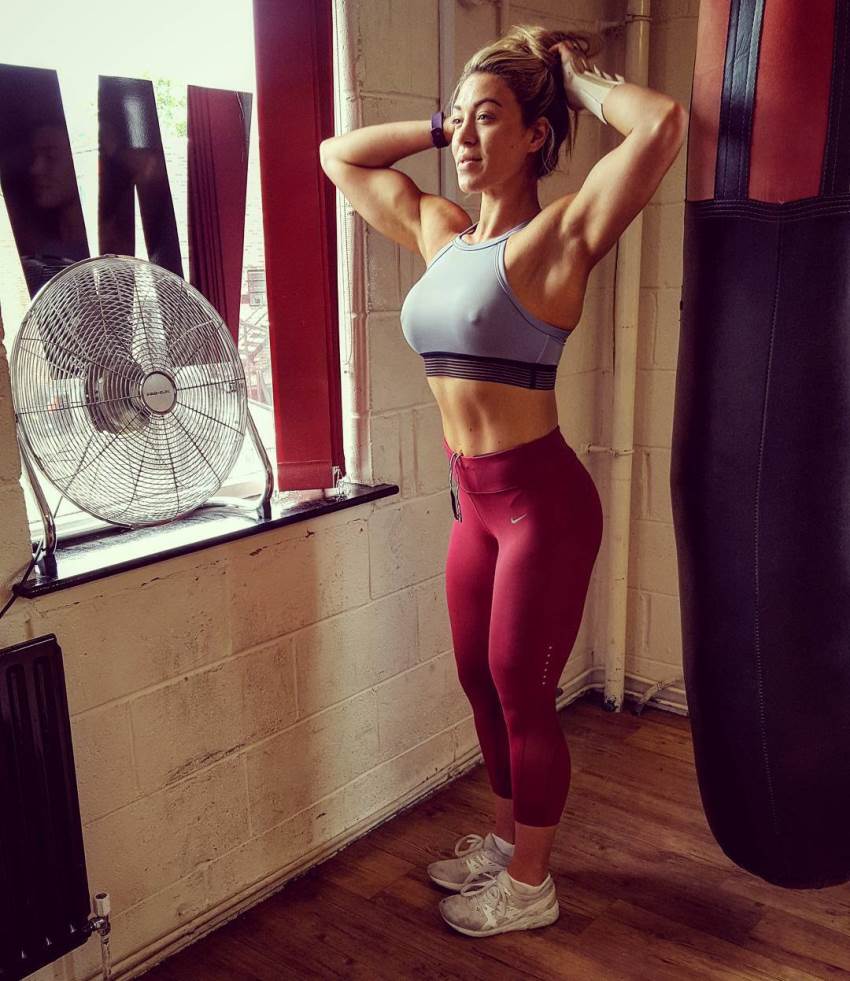 An Unhealthy Relationship With Food

From Chesire England, Jess Clutterbuck didn’t have any problems with weight or food growing up. In fact, she loved to eat foods saying she “was always chunky and loved trying new foods.”

However, after turning 14, things started to change for the worse in Jess’ life. During a summer break, she discovered she could lose weight by eating less. “I dropped over two stone during the summer holidays,” says Jess.

This led to Jess developing an unhealthy relationship with food. Weighing less and less over time. When she was 19, Jess started working out three times per day, burning around 1000 calories each day on a treadmill alone.

Within a short space of time, Jess went from a size 12 to a size 6. However, she managed to regain some of her weight, and live a fairly healthy lifestyle for several years. 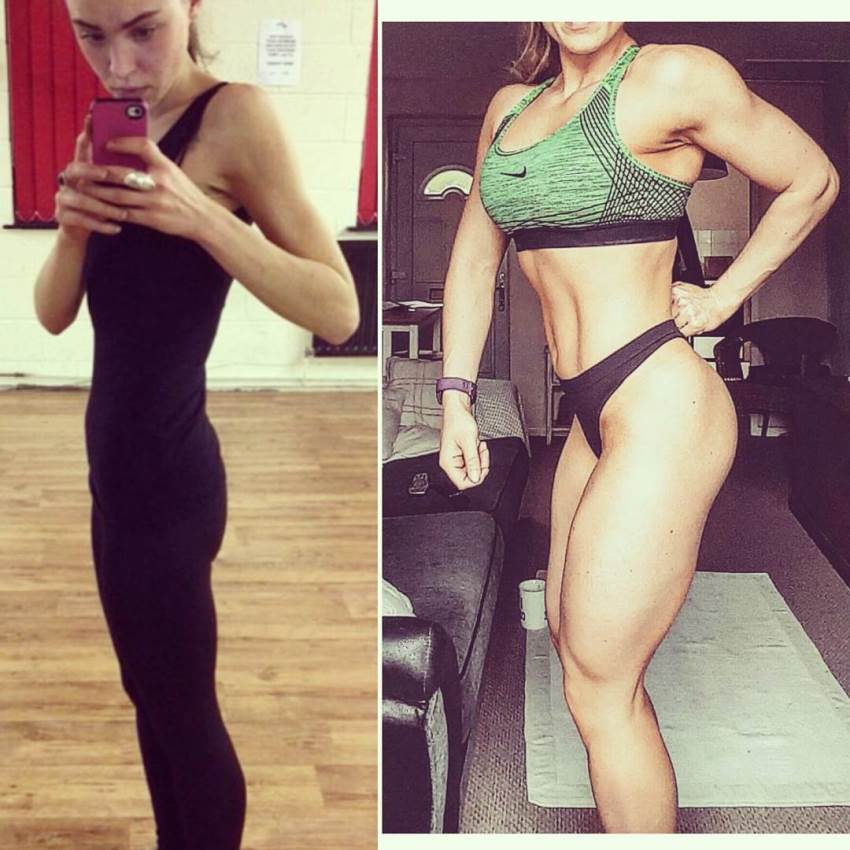 However, at the age of 23, Jess was hit by another bout of anorexia. Which saw her go down to a UK size of 2.

Jess says that during this period, she survived on diet soda, bananas, and watermelons. In addition, she worked out multiple times per day, and used every opportunity during the day to burn extra calories.

It came to a point where Jess’ condition started affecting her relationships. Her friends and family became worried so much, that they thought Jess was going to die.

“My weight loss was the loneliest point of my life. I couldn’t eat in front of anyone and it caused the end of an eighteen-monthh relationship. My brother told me he didn’t want me to see my niece and nephew anymore because he didn’t want them to get to know someone who was dying.” 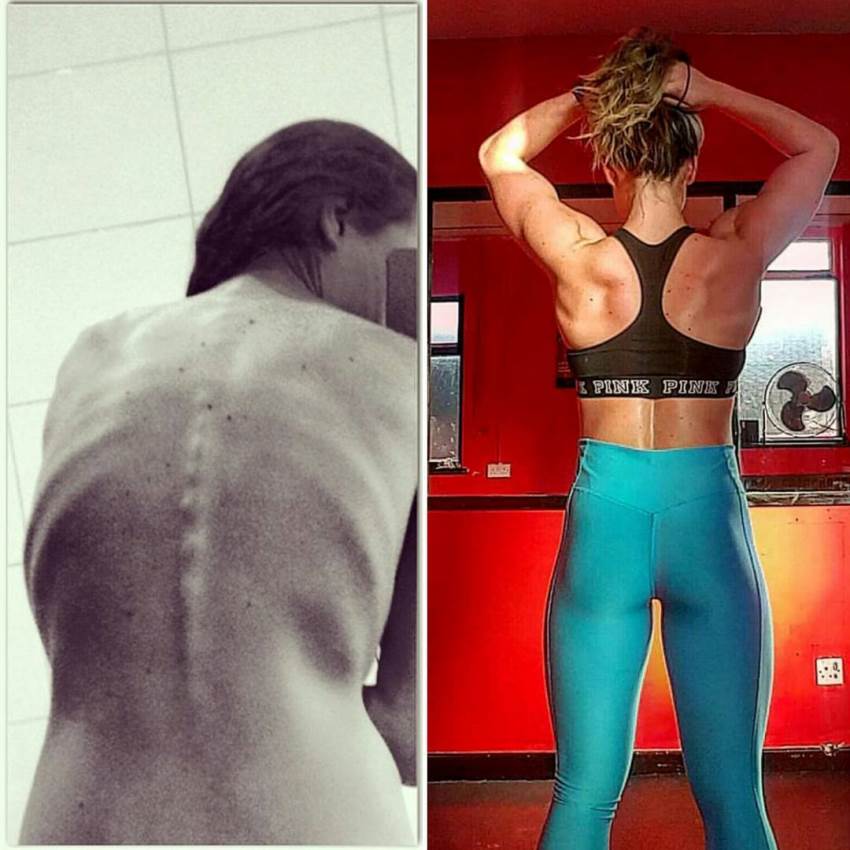 In 2013, Jess was at the lowest point in her life due to anorexia. She ate so little, that her hair started falling off, and her skin began to turn yellow. Due to the first stage of liver failure.

This is where Jess realized it was either ‘now or never.’ She went on to sign up at a local eating disorder clinic, where she started her long and hard recovery from anorexia nervosa.

The first few weeks of the recovery were extremely hard. Jess remembers she would eat a small piece of toast or a bit of pasta, and it would be a huge accomplishment for her.

However, as the weeks went by, Jess became less and less scared of eating food. 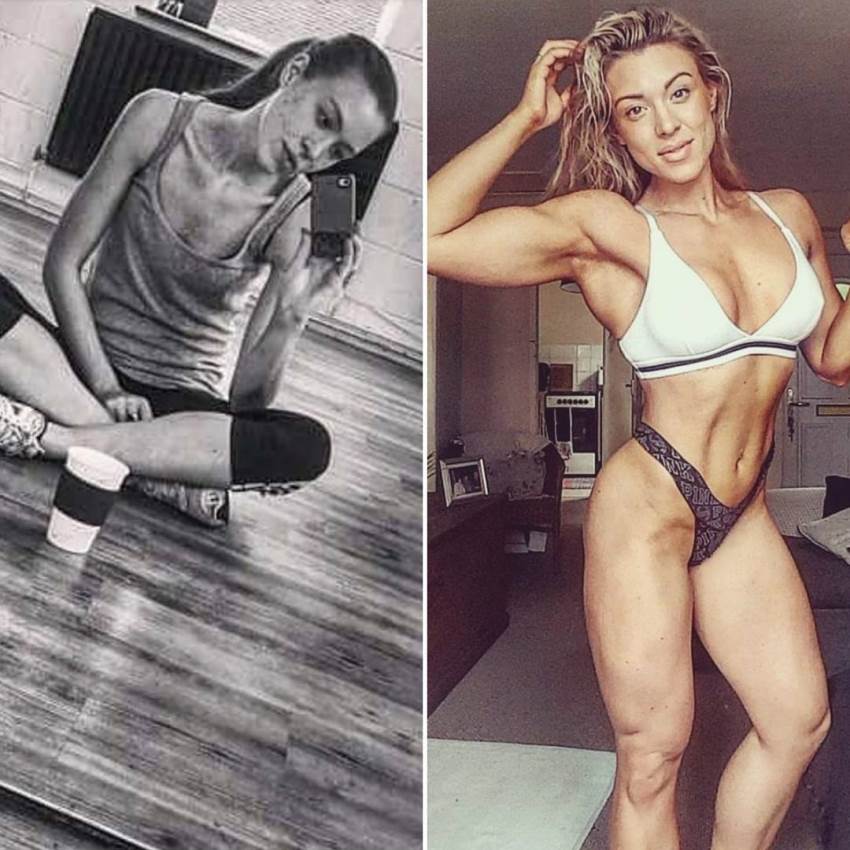 After one year of an uphill battle, Jess gained over 20 lbs of her weight back.

Not long after, she met her boyfriend who owned a gym, and who taught her how to lift weights. He also introduced Jess to a nutritious and protein-rich diet to build lean muscle.

As a result, Jess quickly progressed in the gym. So much so, that she qualified to become a fitness coach herself. She then set about helping other women who fight their own mental and eating disorders. Giving them advice on how to live a healthy lifestyle.

After years of working hard on herself, and helping others. Jess has become a successful personal trainer and fitness icon, admired for her story. 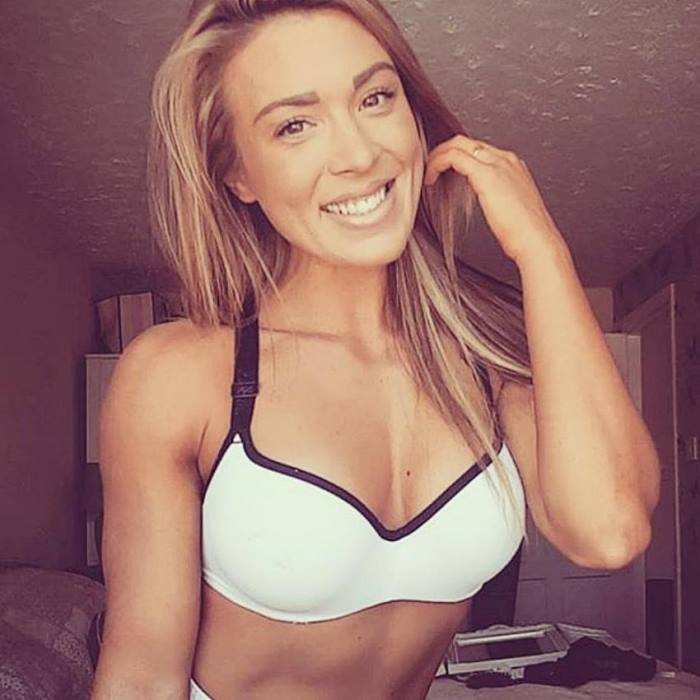 “Don’t forget your triceps girls. I hear so many girls wanting ‘toned’ arms… To be toned you need muscle, to have muscle you need to train! You won’t turn into the hulk. You’ll reduce fatty areas by building the muscle giving an overall leaner look.”

Jess’ training style has changed a lot over the years. When she fought anorexia, Jess would do cardio on top of cardio, without touching weights. This, combined with her poor diet, made her body eat its own muscle for fuel.

However, Jess uses a completely different approach now. She lifts heavy, and uses a lot of compound weights and machines to hit all of her muscles. As for cardio, Jess only does it when she wants to lean out. And even then, she’ll make sure not to overdo it. 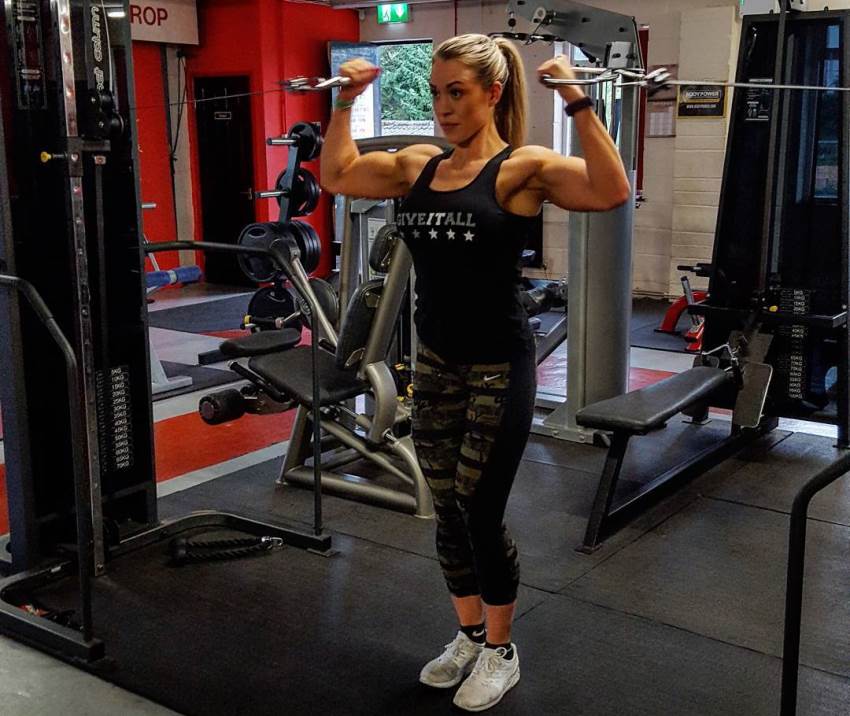 When she first began her recovery, Jess would set small goals for herself. This way, she ensured a slow and steady progress, without overwhelming herself with too much food.

However, just like with her training, Jess’ diet now is incomparable with her diet from the past. She now follows a typical female bodybuilder’s model of bulking and cutting. Where she adds mass to her frame, then slowly leans out eating lean foods like fish and vegetables.

Some of Jess’ top foods include; 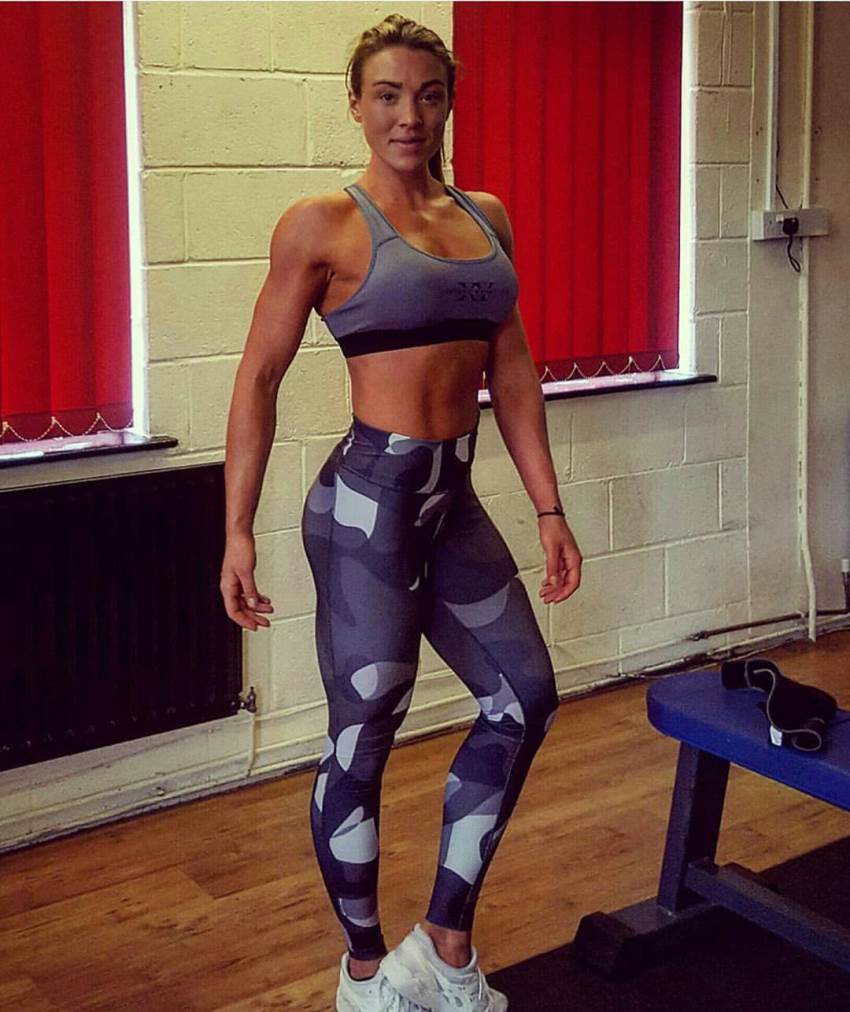 What we can learn from Jess Clutterbuck

Battling against anorexia for years, Jess Clutterbuck has taught us an important lesson: No matter how ‘dark’ or hard life may seem, there’s always a way out.

In Jess’ case, she was on a brink of death, facing organ failure as a result of her eating disorder. However, she found the strength to beat the adversity, and become successful in the process.

If you’re going through a difficult period in your life, then remember – there’s always a way to beat the adversity. You only have to believe that you can do it – just like Jess Clutterbuck did.