From Bolivia, Jennifer Marie Salinas AKA La Reina Boliviana is a World Champion boxer in the Super Rooster category. She has an envious record of 13 wins, 4 knockouts, 3 defeats, and 0 draws in the WBF league.

Despite her enormous success, Jennifer had many problems growing up. She was sexually abused as a child, and often had to move from place to place. This however, didn’t stop her from pursuing her dreams.

She began boxing at the age of 19, while working as a waitress at a Mexican restaurant in Grand Rapids, Michigan. From there, she developed a formidable talent in the ring, alongside building an awesome physique. She went on to win numerous titles, including the 2015 UBF World Champion crown.

With an overall record of 16-3 in her professional career, Jennifer claimed her place as one of the most successful female boxers in the world. 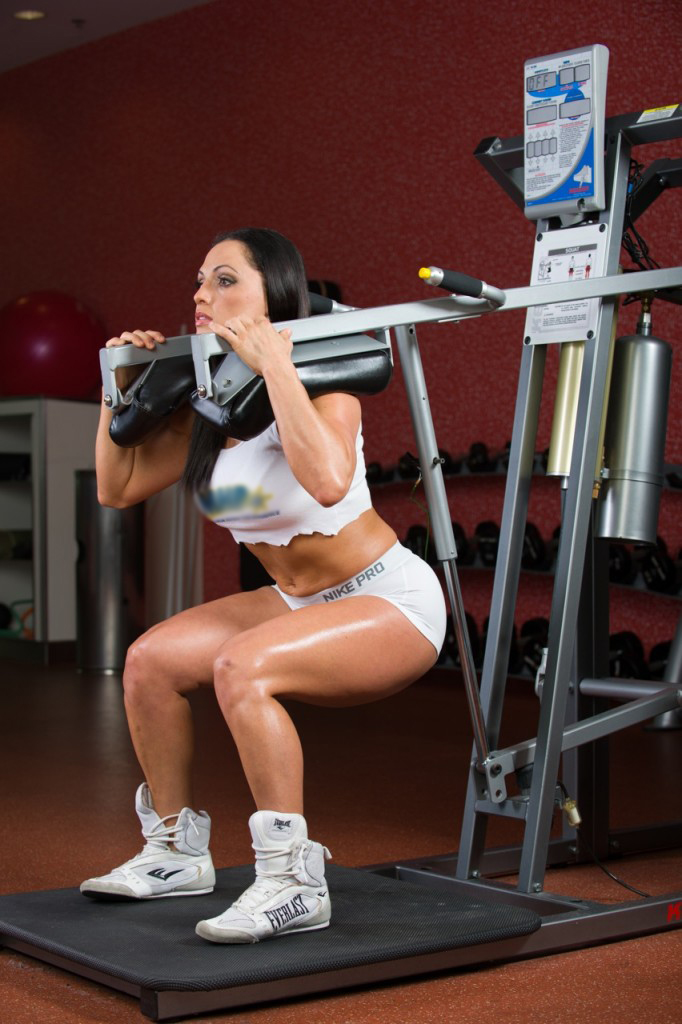 “My career in this boxing world began when I was 19. I was confused and very rebellious. I did not know what I wanted to do with my life, I did not like to study, I worked as a waitress in a Mexican restaurant next to a gymnasium Boxing in Grand Rapids.” 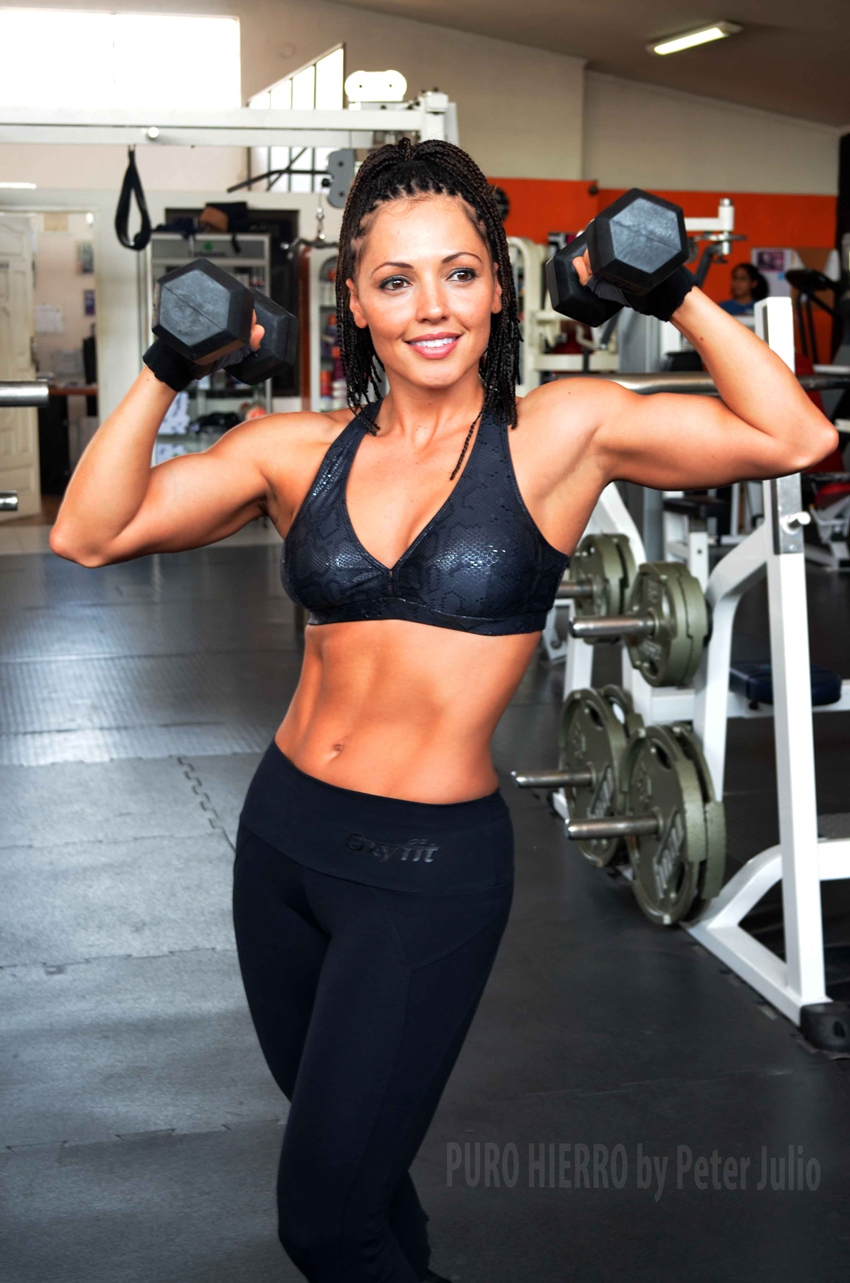 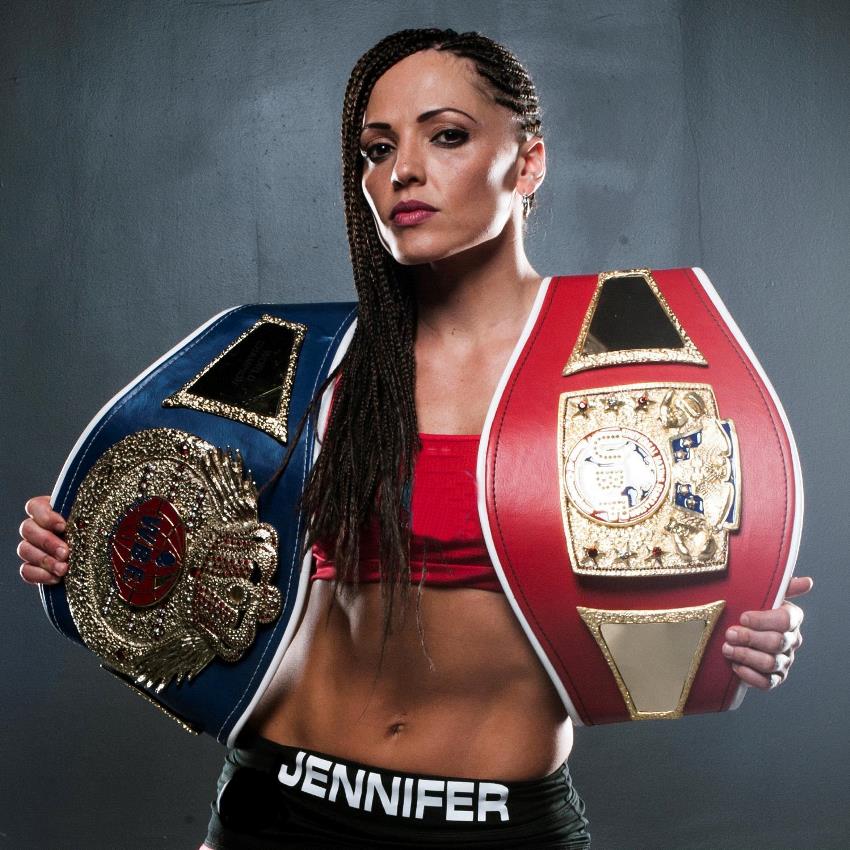 Born in 1982, in Virginia, USA, Jennifer Marie Salinas didn’t have an easy life growing up. She suffered violence and abuse in her childhood. At the age of 3, Jenifer was sent to an adoption center for about a year, along with her brother. After returning back home, her family decided to move to Bolivia, where they lived for 15 years.

During her early years in Santa Cruz, Bolivia, Jennifer developed a passion for music, piano in particular. Self-taught, she would often perform at various events, such as churches, and weddings. She was also a member of her school’s swimming team, where she won an award for her performances in the pool.

Living in Michigan, Jennifer had problems communicating adequately because of the lack of English. However, despite those problems, she was exceptionally active in school sports such as soccer and swimming. She also attended dance and fight groups. Being a talented individual, Jennifer begun winning prizes for her outstanding results in each of these activities.

Boxing, in particular, was something that sparked an interest in Jennifer from the beginning. While attending college and working as a waitress, Jennifer noticed a boxing gym next to her place of work. According to her, this was a turning point in her life.

At first, she was intimidated by the men in the gym. “The smell wasn’t nice, it was dirty and bloody”, Jennifer said. However, after a few months of self-persuasion, she entered the gym. After being approached by one of the coaches, Jennifer asked if she could join and eventually started training.

It wasn’t easy for Jennifer at first, as people didn’t take her efforts seriously. However, as the time went on, her form started to improve significantly. That’s when a trainer called “Mr. Love“, said she had a great talent for boxing. 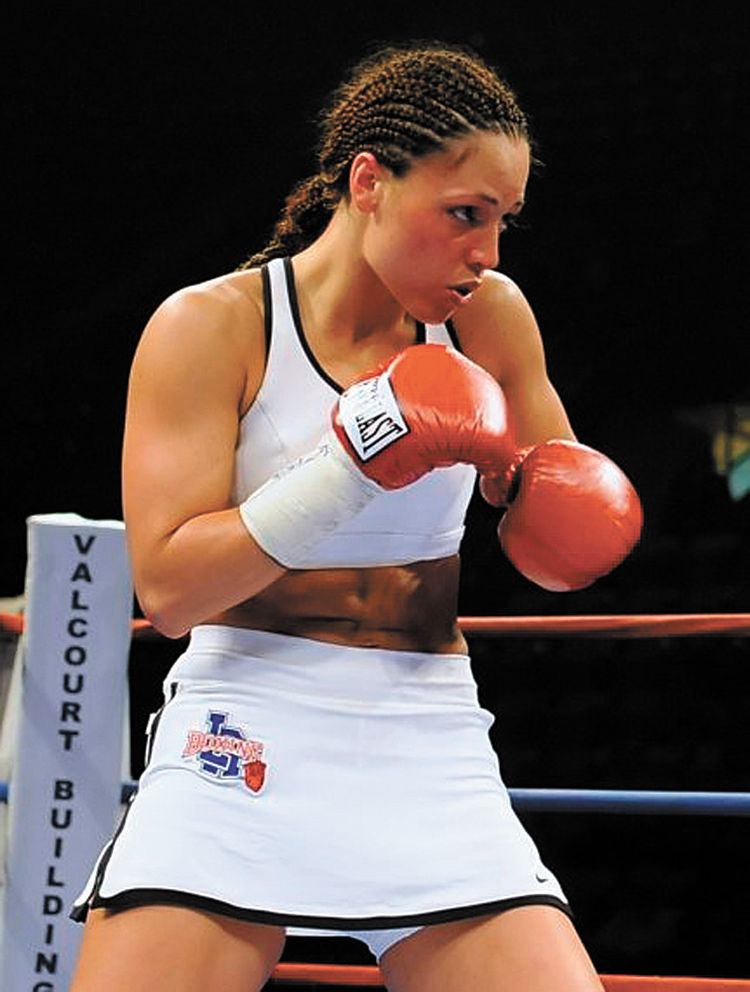 A few months after she started training, Jennifer won her first boxing match. From that point onward, she began traveling the country trying to find other opponents. She won her first major title in 2001, the Golden Glove Champion while representing Michigan.

By that point, Jennifer already had 8 boxing matches under her belt. But she was far from satisfied. Her main goal was to make herself more widely known as a professional boxer.

After several years as an amateur boxer, Jennifer was offered a fight against Nicole Beard. This was an opportunity for Jennifer to finally turn Pro and make a name for herself once and for all.

The fight happened 1 month after the initial notice. Jenifer successfully beat her opponent in 4 consecutive rounds. She demonstrated her enormous talent in boxing, officially becoming a professional. Needless to say, Jennifer was thrilled with the achievement.

Life as a Champion

Jennifer’s victory against Nicole Beard opened up new fights and opportunities for the talented boxer. Over the next several years, Jennifer went on to win 12 boxing matches, 4 of which were knock-outs. During that period, she suffered 3 defeats.

In her personal life, Jennifer is a mother of four children. Alongside boxing, Jennifer makes sure to devote enough of her time to her children, which, as she said, is a challenge on its own. In February 2016, Jennifer divorced her husband Ernesto Guevara after publicly declaring herself as a lesbian.

“It’s true, I’m a very busy woman. I have to raise my children, take them to their sports activities, and care for the house. Because of that, I don’t have much time to relax.”

With all of the titles and accomplishments to her name, Jennifer solidified her status of a world-class boxer. She continues to train hard in the gym alongside inspiring people everywhere who face similar ‘tough’ circumstances. 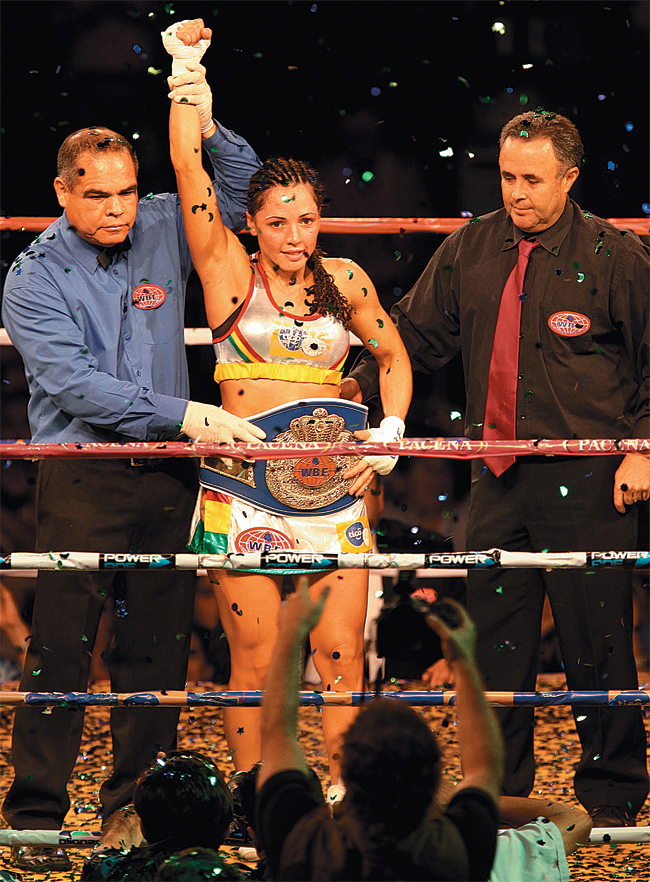 With her tight schedule, Jennifer makes sure to utilize her time to the best of her abilities. She usually has short, but intense workouts.

Heavier weights and high volume, as well as short rest periods, are a must, according to Jennifer. She does weight training in the morning, and boxing sessions in the evening.

Jennifer will often combine functional and strength training, in order to get the best from both worlds. She likes to be strong and deal intense punches when in the boxing ring.

On the other hand, she also likes to have great agility. Jennifer says that combining functional training with weightlifting is a great way for her to accomplish that. 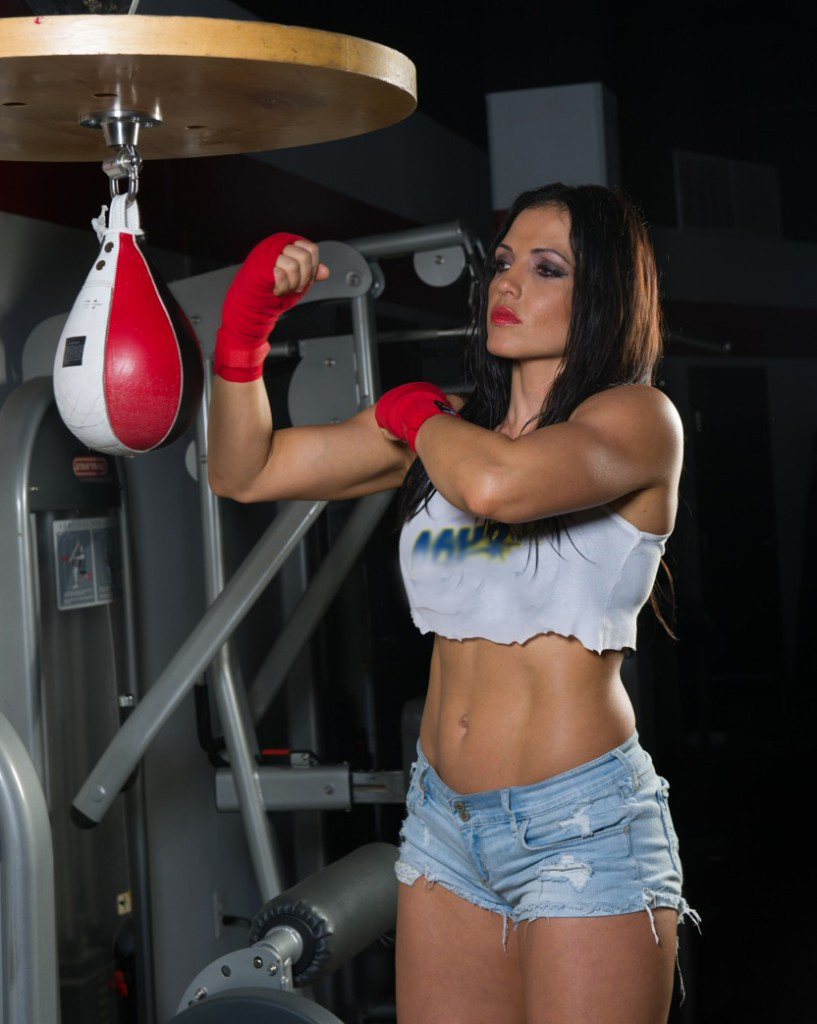 Jennifer likes to nourish her body with healthy and balanced meals. Her favorite food is chicken, this is something she’ll eat often.

Throughout the day, Jennifer tends to drink quite a lot of green tea. She finds it a great way to detoxify the body, alongside keeping it protected from free radicals.

Jennifer’s supplement stack consists of essential vitamins, minerals, and amino acids which help her recover from the intense workouts. 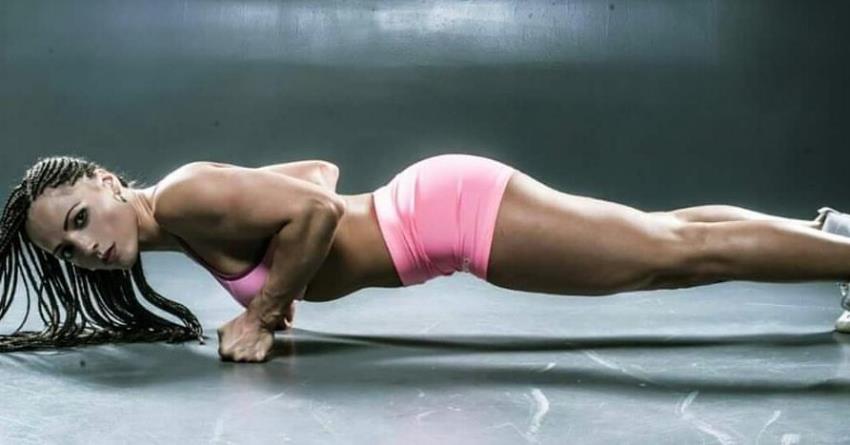 Jennifer said that for the most of her life, she was her own motivation and influence. Whenever she found certain situations in life difficult, she would look within herself for support.

However, she did mention Craig Fladager as one of her inspirations in later stages of her boxing career. She also said, “God helped me a lot” throughout my “rollercoaster” of a journey. 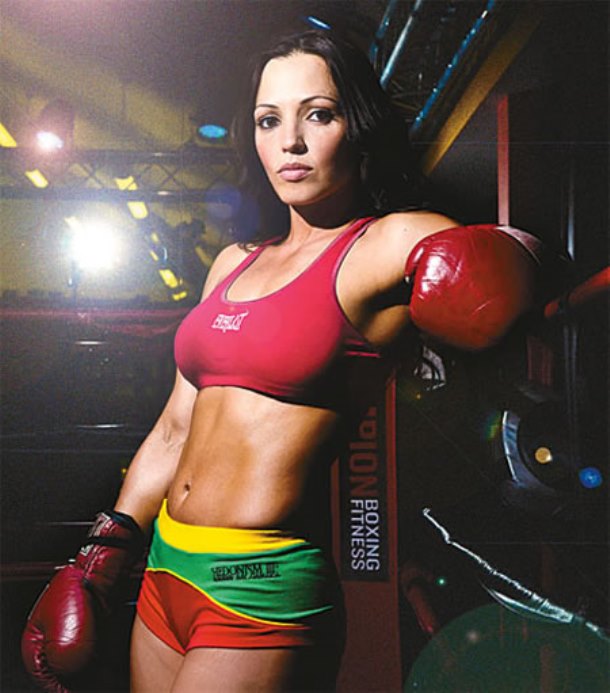 What we can learn from Jennifer Marie Salinas

Jennifer Salinas grew up in a difficult environment, where she suffered bullying and abuse. However, she always had a spark of greatness in herself, something that kept her pushing through adversity.

With all of the obstacles, she still managed to become a world-class boxer. Jennifer’s ability of good time management, and strong mentality, allowed her to become what she is today.

Having four children to take care of, two training sessions per day, and a whole host of other responsibilities make Jennifer an example for everyone to follow.