Janeece Sinclair is an American fitness athlete and model. She’s known for her lean and toned physique, with her glutes being her most prominent body part. Janeece competes in fitness shows around America, such as Fitness Universe Miss Bikini, where she won 1st place in 2013.

However, Janeece’s path towards success wasn’t without its struggles. In 2017, she discovered she had a large ovary cyst, which caused her numerous health problems.

Determined not to let this ruin her life, Janeece kept a positive mindset, believing that she’d eventually be able to overcome her health problems.

After months of struggling, her wishes came true – Janeece beat the adversity, coming back stronger than ever before. 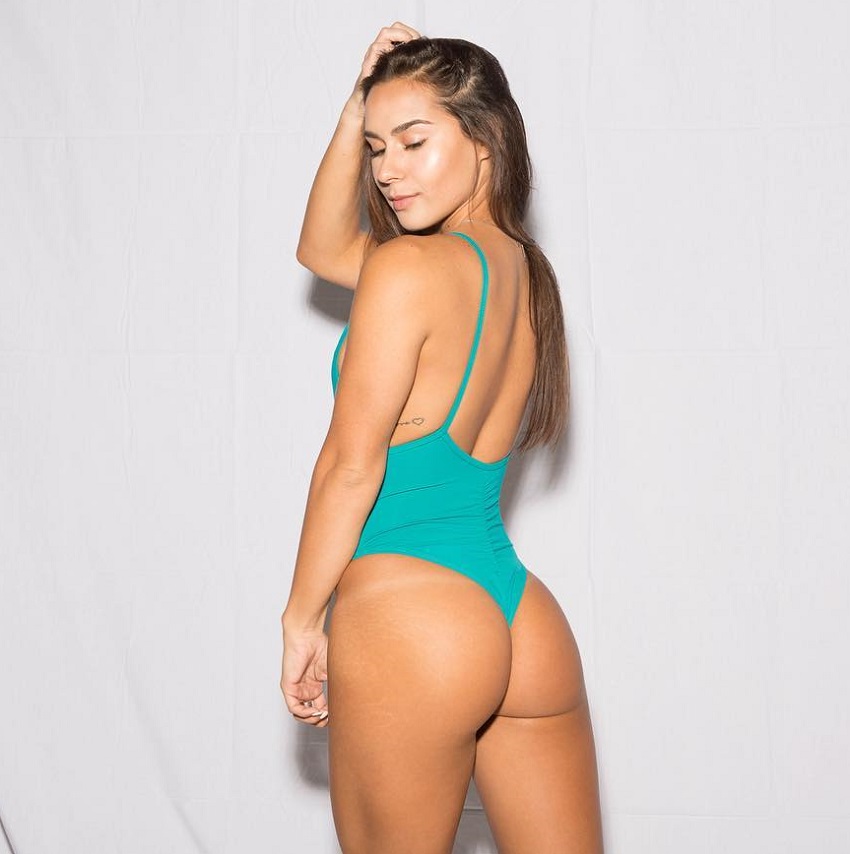 “I can’t thank everyone for getting me to where I am today, for my fans who have always believed in me and for everyone that has the faith in me and is giving me the chance to grow and succeed. I’m beyond grateful.” 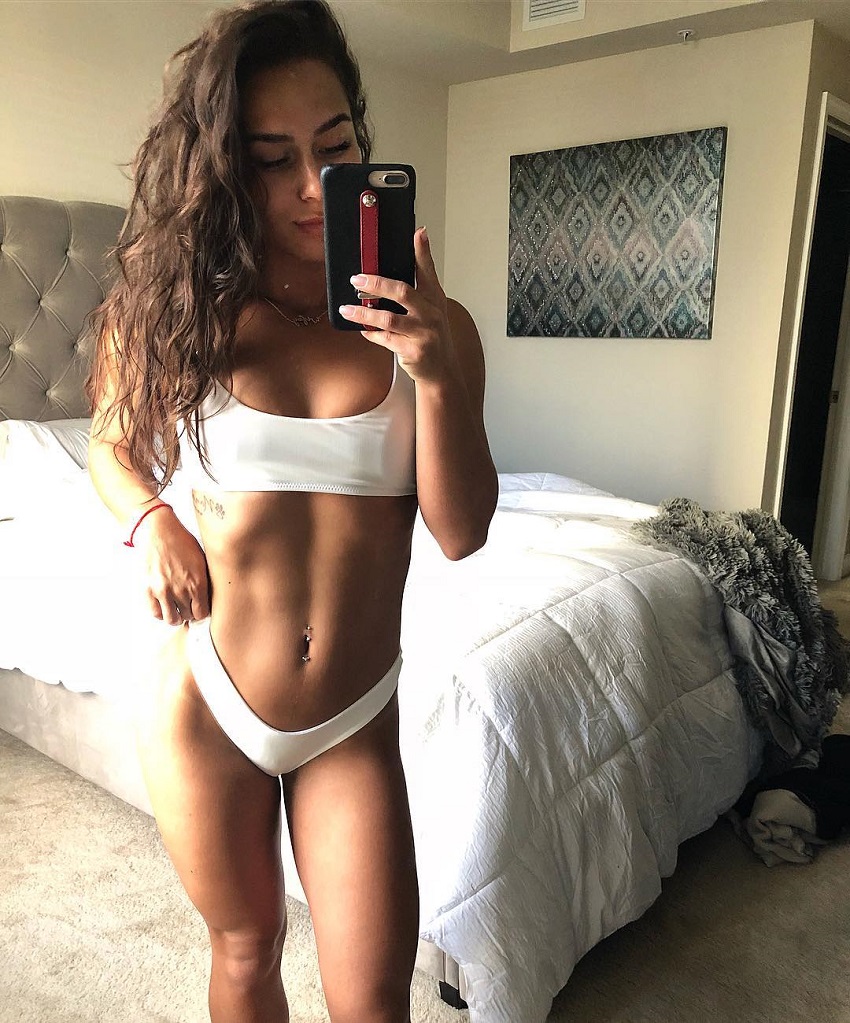 “Don’t take Mondays too seriously or you’ll never make it to Fridays.” 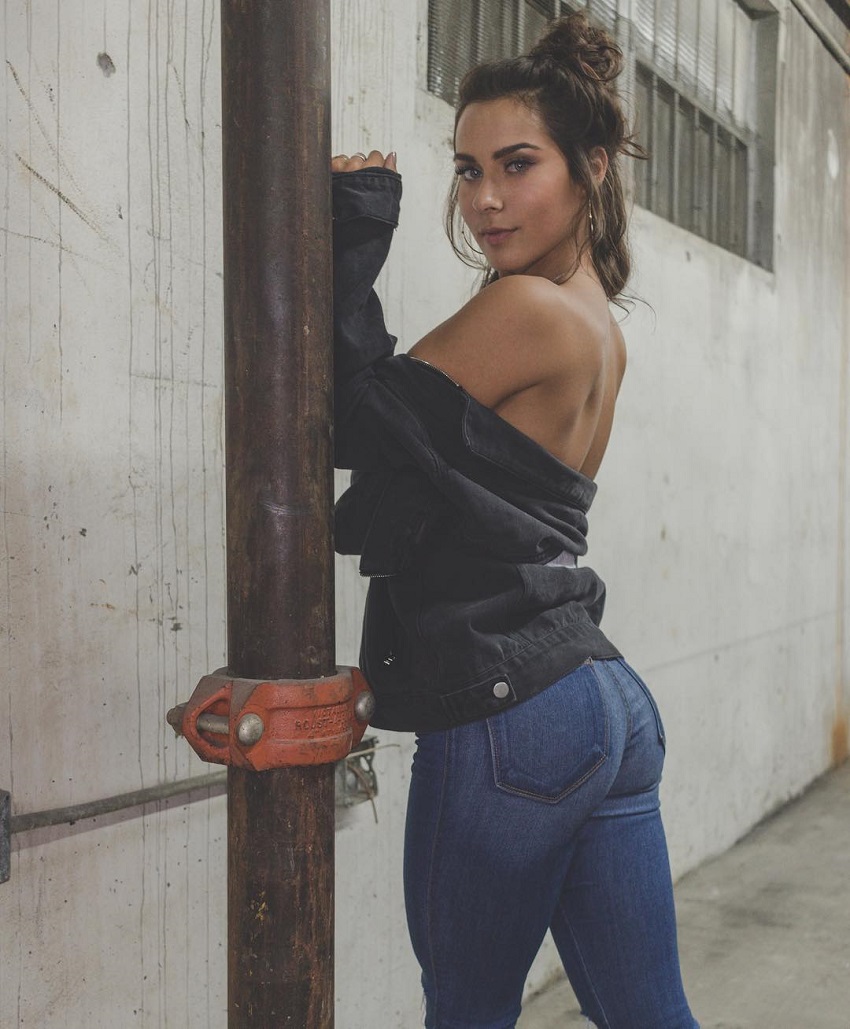 Although Janeece now lives a successful life, she didn’t always have it easy. There was a period in 2017, when Janeece discovered she had an ovary cyst which was around 1,3cm in size. The cyst grew up to 7cm by summer 2017.

Initially, the doctors told Janeece there’s no reason to worry, but after they saw the cyst’s size increase, they put her under medical treatments. Such as antibiotics and steroids. During her treatments, Janeece was practically bed-bound, unable to live a normal life.

Here’s Janeece talking about this dark period in her life; “I spent my entire 2017 a patient, and prisoner trapped in my own body. I would wake up, barely eat, and count down the hours until I could sleep again. At times, I really wondered why I was still alive – I wasn’t living. “

But Janeece never gave up. She knew that she had friends, fans, and family who supported her. This gave her the strength and courage to push past the adversity and come back stronger than ever.

After overcoming her health problems, Janeece developed a fresh mindset and outlook on life. The adversities she’d faced have made her a stronger person.

Janeece hopes that with her story, she’ll inspire others to use challenging events in life to become a stronger version of themselves – just like she did. 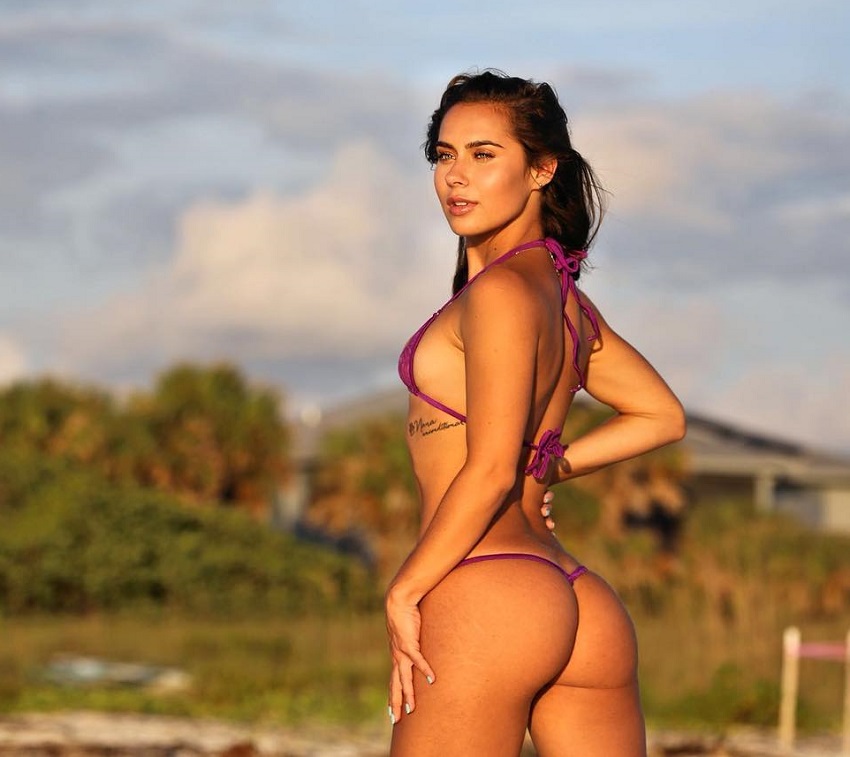 “We can’t choose our circumstances but we can choose our attitude and our response.”

Intensity and Changing the Routine

In regards to her workouts, Janeece enjoys training with a lot of volume and intensity, regardless of whether she wants to gain muscle or lose fat. This approach has helped Janeece to maintain a solid muscle density and aesthetic proportions.

There isn’t a set rule for how often Janeece will train each week. Like most athletes, she listens to her body, and if she needs to rest she’ll rest. Likewise, if she wants to train harder and more often, she’ll listen to her body and push as hard as she can.

Janeece will often add basic, compound movements in her routine. Such as squats, deadlifts, and pull-ups. These exercises work on multiple muscles in Janeece’s body at the same time. However, she’ll always try to change the way she does these exercises, to induce new muscle responses. 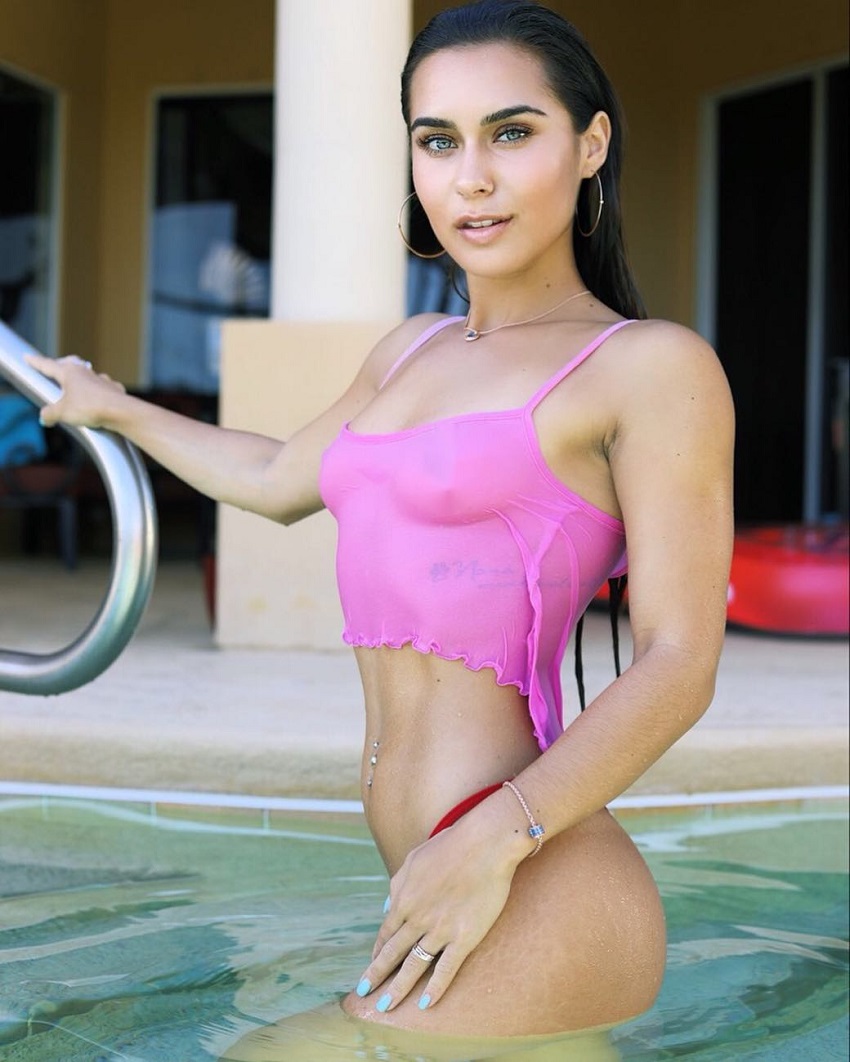 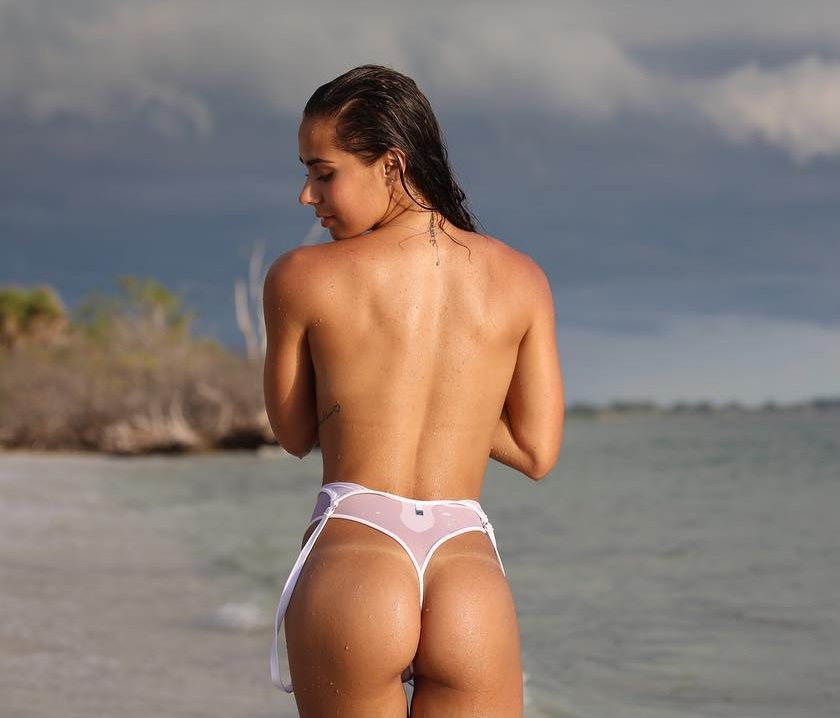 “I truly believe that the universe would never throw a challenge at me that I could not overcome, & that through my hardships I will be able to motivate other people & show them that mountains can be moved.”

Janeece will ‘bulk’ during winter months, this is a period when her body fat goes up slightly. She’ll lift heavy weights during this phase to increase her muscle mass and improve certain areas of her physique.

As she comes closer to summer, Janeece will slowly transition to her ‘cutting’ phase. This is where she’ll drop her calories and start carving out her lean physique for the summer. 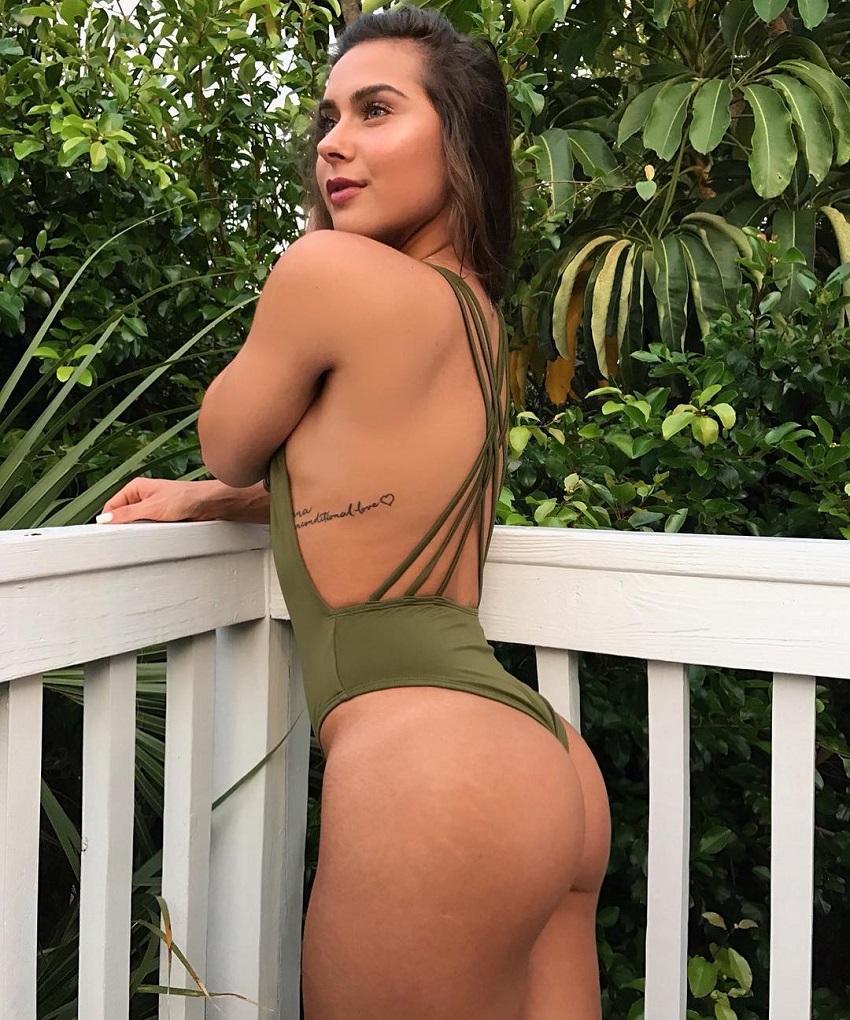 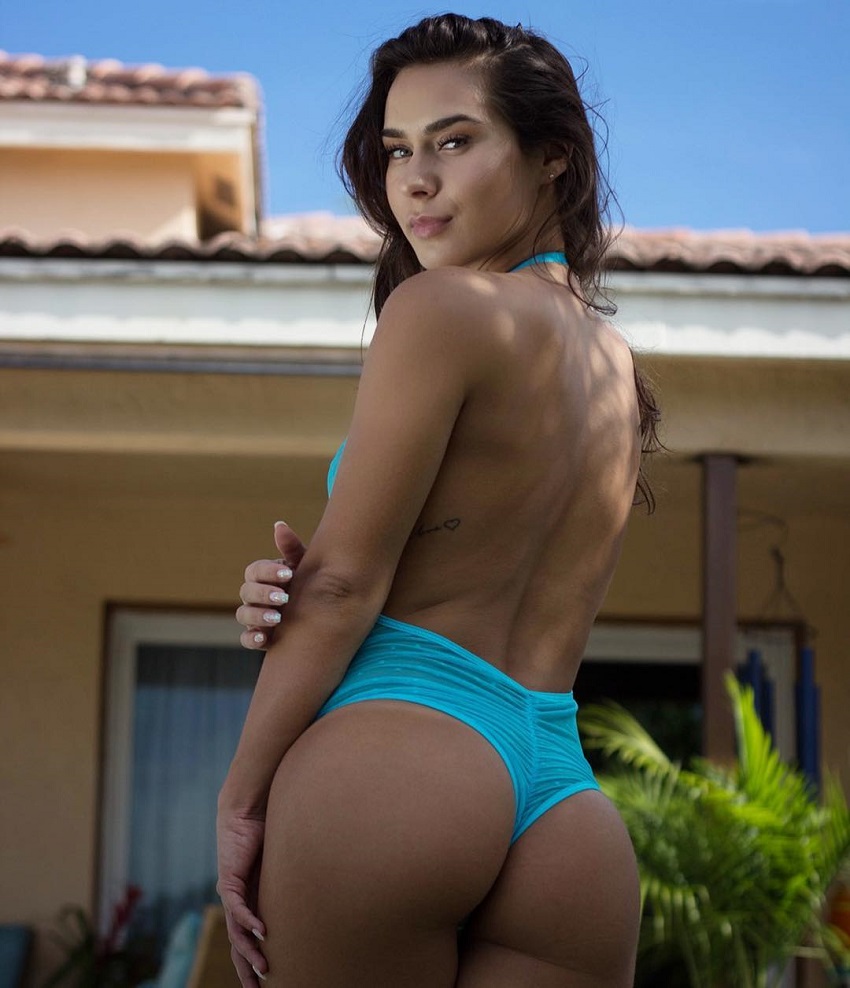 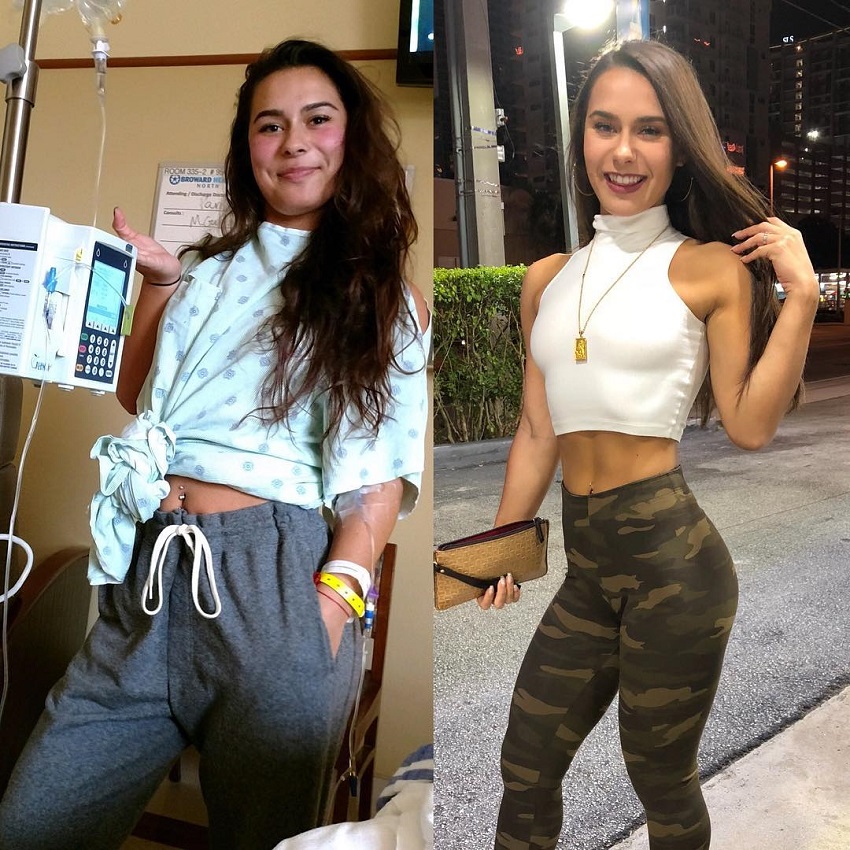 What we can learn from Janeece Sinclair

2017 was one of the hardest years of Janeece’s life. This was the year where she started having health problems, discovering she had a large ovary cyst which continued to grow.

During this period, Janeece felt extremely depressed. She fell into a spiral of negativity, which looked like it’s never going to end. However, Janeece never lost hope. She knew that in time, she’d overcome her problems, and come back stronger than ever before.

Ultimately, Janeece was right – she beat the adversity, becoming a stronger version of herself in the process.

Her story has left us with the following lesson; No matter what life throws at you, it’s your response to the situation that will govern the outcome. By having a strong and positive mindset, there’s nothing that can stop you from reaching your goals.