Jade Barbosa is an artistic gymnast from Brazil. Starting her gymnast career at 11 years old, Jade first tasted success in 2003, when she won the Brazilian National Championships in the children’s category.

However, it wasn’t until 2007 when Jade became recognized by the wider public, after appearing at the Pan American Games. The appearance was the beginning of her illustrious career as a gymnast.

Since then, she’s won over 11 gold medals, 2 bronze medals at the World Championships, and represented her country at the 2008 and 2016 Olympic Games. But Jade didn’t always have it easy. She had to deal serious injuries throughout her career, as well as the death of her mother when she was 9. 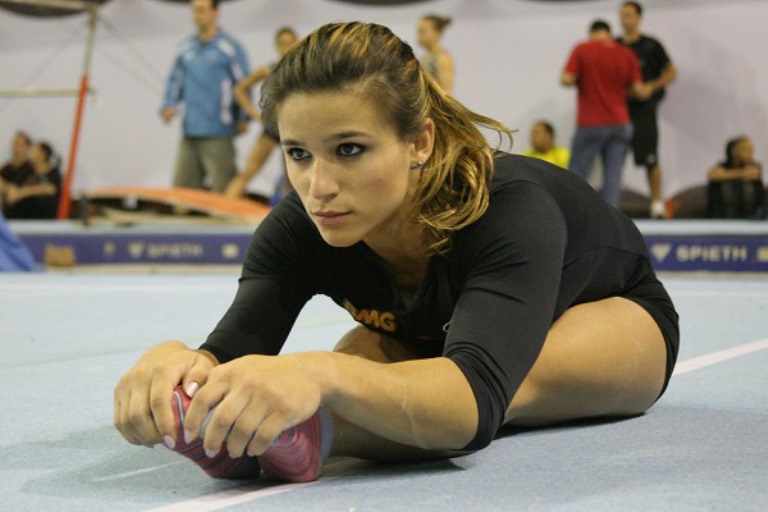 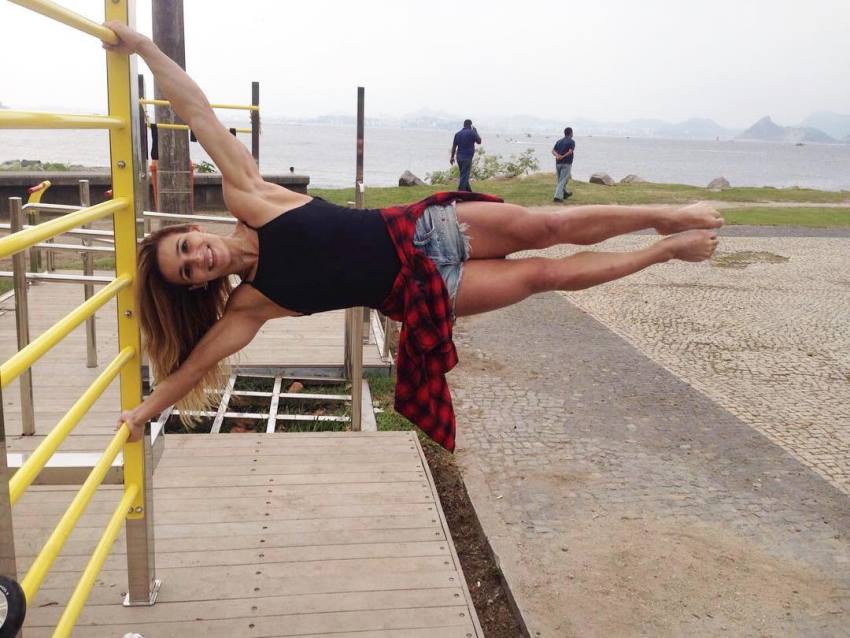 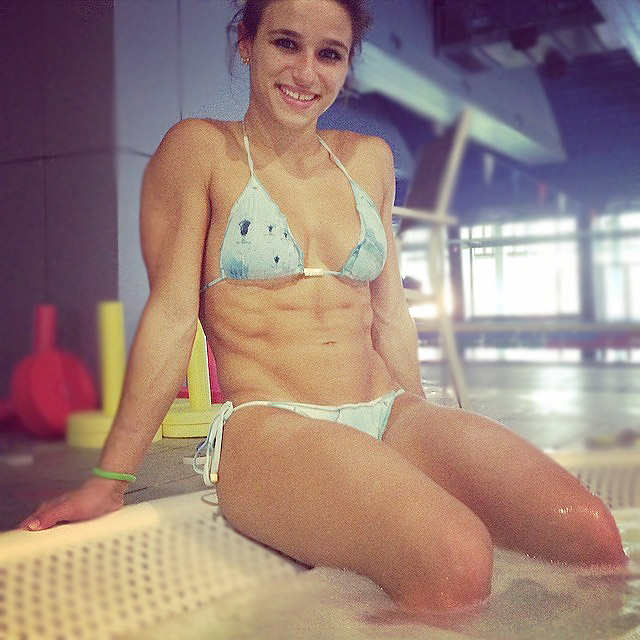 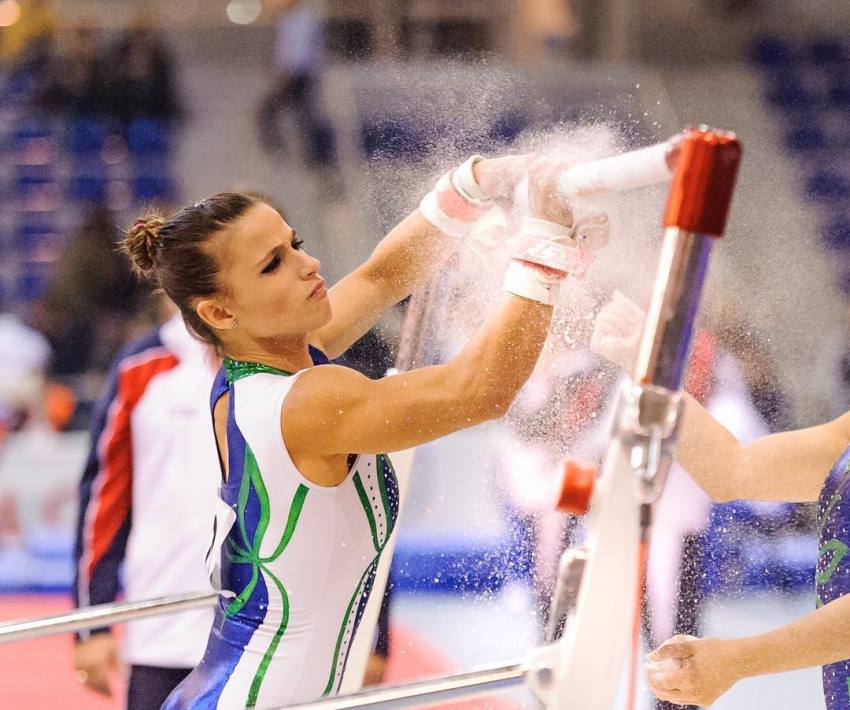 Jade Fernandes Barbosa was born and raised in Rio de Janeiro, Brazil. As a child, Jade was always passionate about gymnastics.

However, she had to go through some difficult moments early on in her life, which prevented her from going after her passion full-force. When Jade was 9, her mother died from an aneurysm. A condition which (rarely) causes a blood vessel to rupture, causing serious trauma, or in Jade’s mother case – death.

After 2 years of recovering from the trauma, Jade came back to gymnastics. She participated in her first competition – Youth Games, children category. She didn’t win any medals in that competition. Her first success came in 2003, when she was proclaimed the general individual champion at the Brazilian National Championships in the children’s category.

The following year, Jade won 3 medals for 3 different categories, at the Pan American Youth Championships played in El Salvador. Her best result was in the ground category, where she became the gold medalist.

In 2005, Jade took part in her first senior competition  – the Brazilian National Championships. The athlete earned a silver medal in the jump, and the general category.

She later replaced Daiane dos Santos at Pre-Pan, meaning she competed with the Brazilian senior team for the first time in her career, at just 16 years old. But she was just getting started.

The following year, Jade reached another milestone. She was proclaimed Brazil’s Sportswoman of the Year (2007), an award which was previously given to gymnasts such as Laís Souza and Daiane dos Santos. At only 17 years old, Jade said, she had “big shoes to fill”. 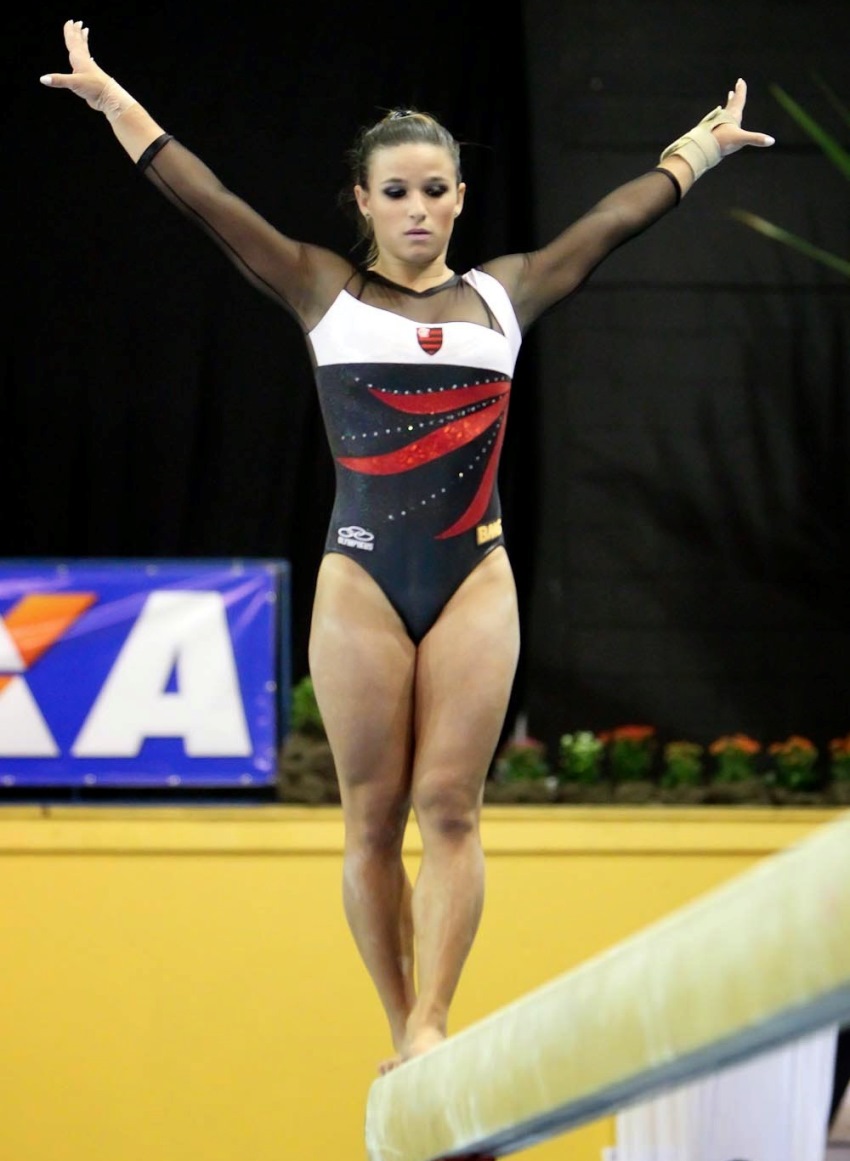 2007 saw the Brazilian win her first senior international medal. That year, she competed at the Cottbus World Cup in Germany, earning the silver medal on the vault.

In the summer of 2007, Jade participated at the Pan American Games, where she took home fourth place in the all-around. One day later, she took part in the vault finals, placing first with an impressive score of 14.912. The placing saw her become the first non-American woman to win 1st place at the Games. In the floor final, she was behind Rebecca Bross and Shawn Johnson, winning the bronze medal.

Three months after the Pan American Games, Jade competed in her first ever World Championships. She shared third place with Vanessa Ferrari (Italy) in the all-around. Her score was 15.7 on beam, 14.0 on floor, 15.9 on vault, and 14.95 on bars. In the vault finals, Jade came in 5th, behind the USA, Romania, Italy, and China. 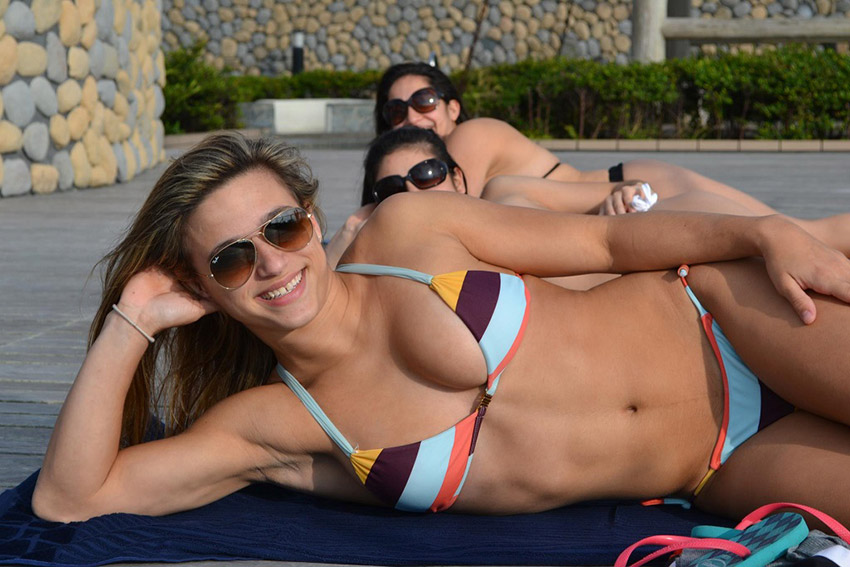 Jade started off 2008 with two silver medals at the Cottbus World Cup – one on floor, and the other on vault. She then started preparing for the upcoming World Cup in Moscow, Russia.

Following her gold medal at the World Cup, Jade didn’t have much time to rest. She took part at the Brazilian National Championships one month later, taking home silver medal.

At the 2008 Olympic Games in Beijing, Jade helped her team to qualify for the finals, where they came in 8th place.

After the Olympics, Jade had suffered a serious injury. The bad landing on her ankle put her in a wheelchair for several months.

Jade came back in 2009, winning the Nationals Gold Medal on floor. Her performance after the injury made it seem like she wasn’t gone at all. Her form was impeccable. 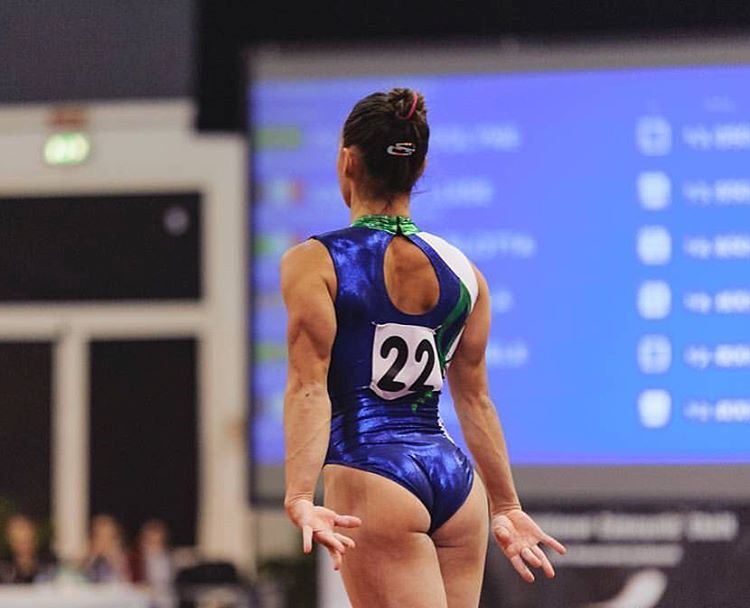 Qualifying for the 2012 Olympics

In 2010, Jade competed at the World Championships in Rotterdam. She placed 3rd in the vault final, and 15th in the all-around.

One year later, she took part at another World Championships, before twisting her ankle on the second vault. Unable to continue helping her national team, Jade saw Brazil fail to qualify for the 2012 Olympics.

However, due to some unexpected circumstances, Brazil got a second opportunity to qualify for the 2012 Olympic Games. This time, they were successful in doing so.

But the road towards Olympics wasn’t pleasant for everyone. Jade failed to enter the team for the Olympics due to arguments over her contract with the Brazilian federation. She’d also struggled with injuries during that time, which prevented her from competing for almost 3 years. 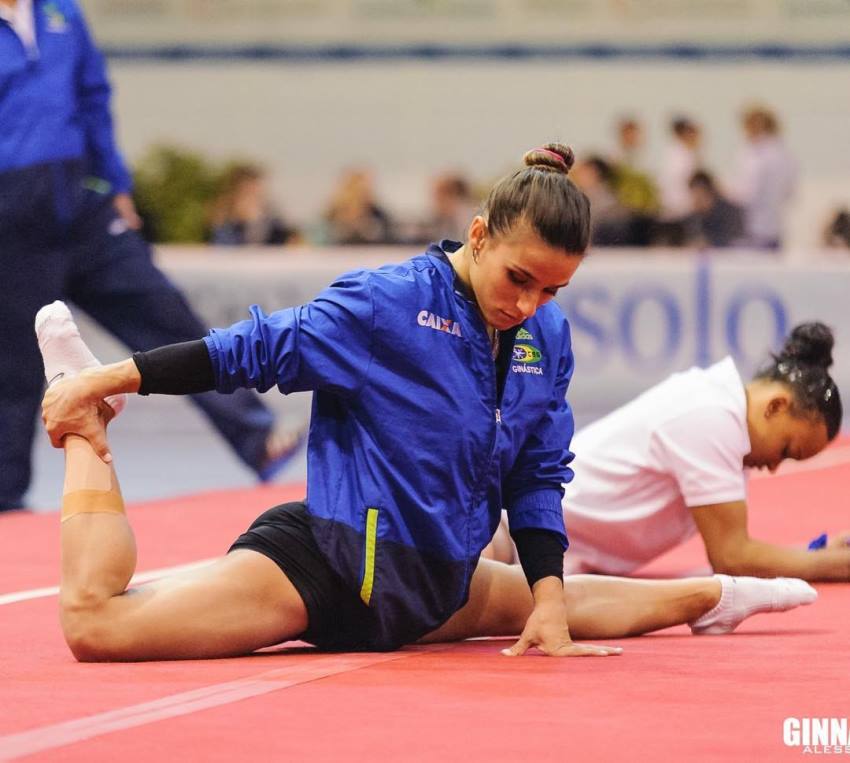 Jade returned to professional gymnastics in 2015, after undergoing several knee surgeries. Hoping she was done with major injuries once and for all, Jade helped her team qualify for the 2016 Summer Olympics with an overall score of 55.823.

On 11 of August 2016, Jade was replaced by Flávia Saraiva for the all-around final. Later, she scored 13.700 on balance beam, before suffering an injury once again. The unfortunate events saw Jade withdraw from the scene for some time.

Despite the injuries, Jade had established herself as one of the most recognized figures of the sport from Brazil. 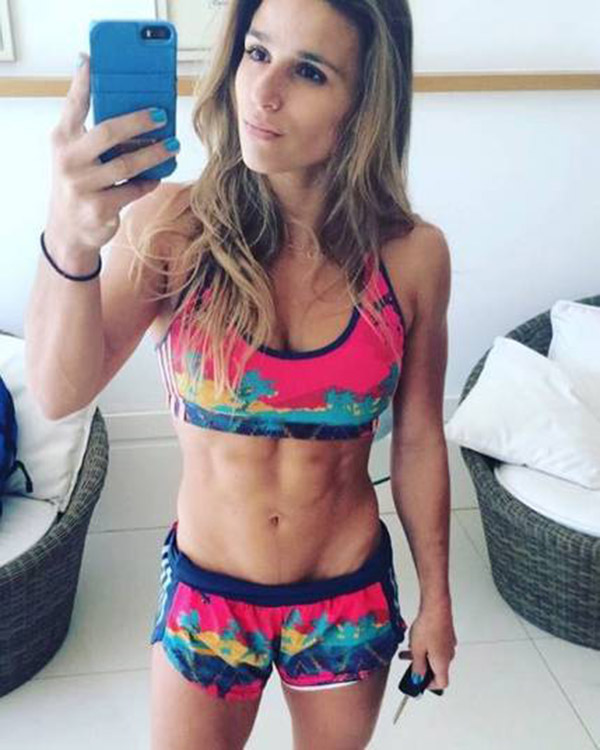 While she was preparing for the 2008 Olympics in Bejing, Jade was on a strict, 900-calorie diet. Naturally, this type of diet can only be sustained for a very short period of time, but it provided enormous benefits for the Brazilian. She was faster, more agile, and even stronger for a brief amount of time.

According to Jade, the only foods she ate during that time were salads, fruits, and yogurts, and the only fluids were water and natural fruit juices.

When she’s not preparing for a competition, Jade typically consumes around 1,600 calories. She enjoys eating less healthy meals from time to time. Some of her favorites are Burgers and cookies. 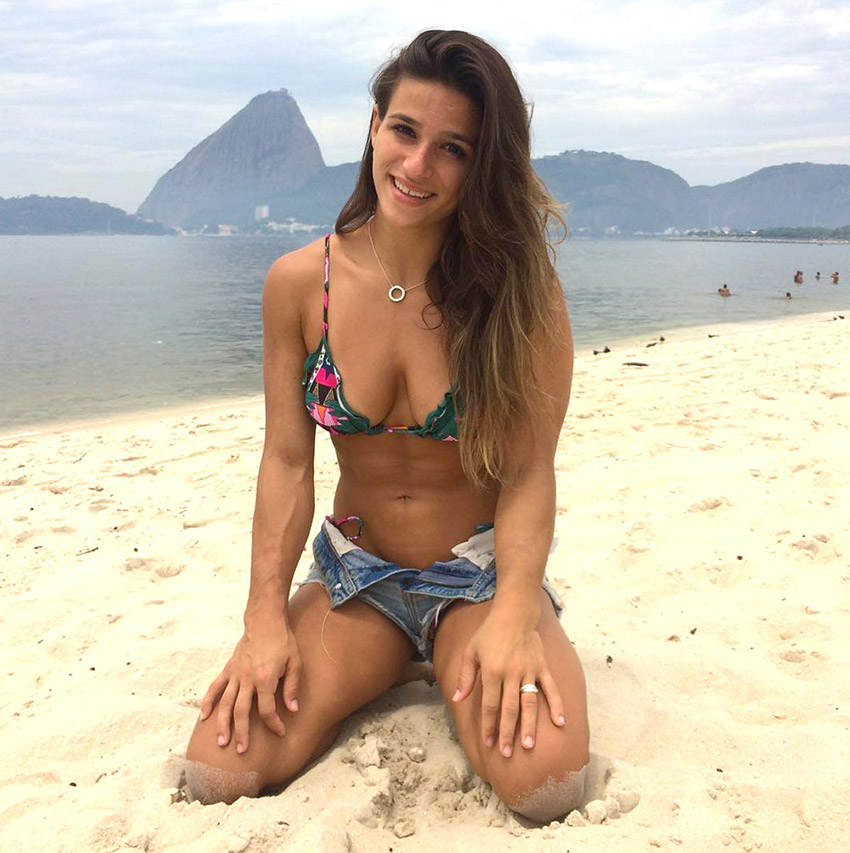 What we can learn from Jade Barbosa

Jade Barbosa had to go through traumatic periods since her early childhood. After her mother’s death, she needed to find strength to get back-up, and continue chasing her dreams of becoming a great gymnast.

She not only successfully managed to do so, but she became an icon adored by many along the way. Throughout her gymnast career, she suffered many injuries, which would force some people to give up. Jade, however, knew better. She always strived for greatness, no matter how many obstacles she had to face along the way.

Her story is truly an awesome motivation for everyone who is struggling with injuries, or was in a similar situation as Jade.