Born and raised in the city of Siauliai, Inga Neverauskaitė was the first ever Lithuanian to win the IFBB Pro bikini and figure competitor status.

Inga begun weight training in 1997. Only 6 months after she started, Inga participated in her first fitness competition where she placed 4th, and 1st in Mixed Pairs Class.

An early taste of success motivated Inga to continue training and competing. Throughout her competitive years, Inga took part at some of the most prestige shows in bodybuilding.

Because of her achievements throughout 1998 to 2013, Inga became one of the most recognized figure competitors, not only from Lithuania, but also in the world. This is her story: 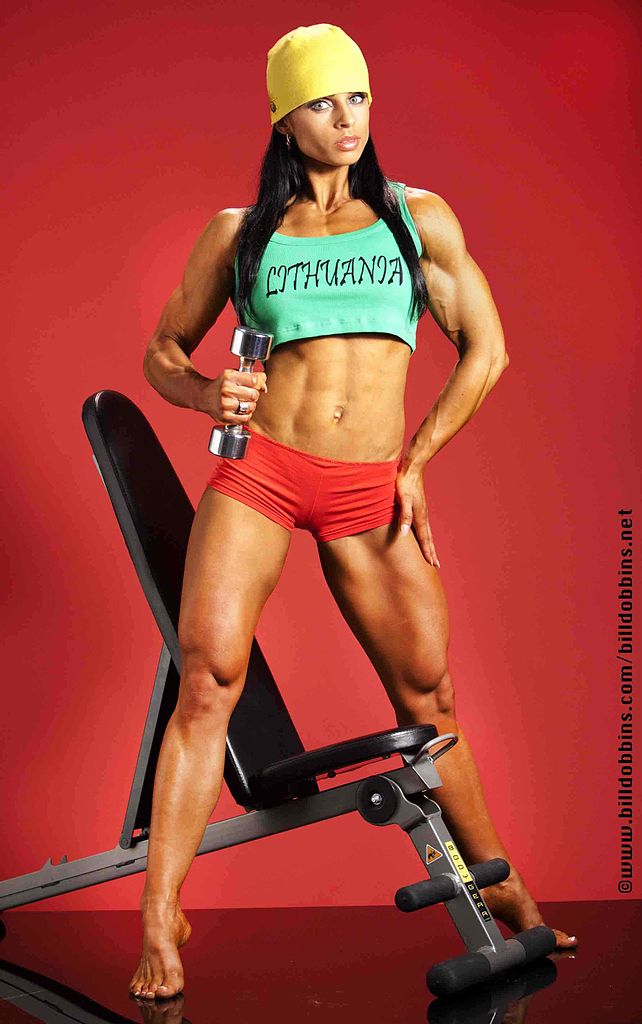 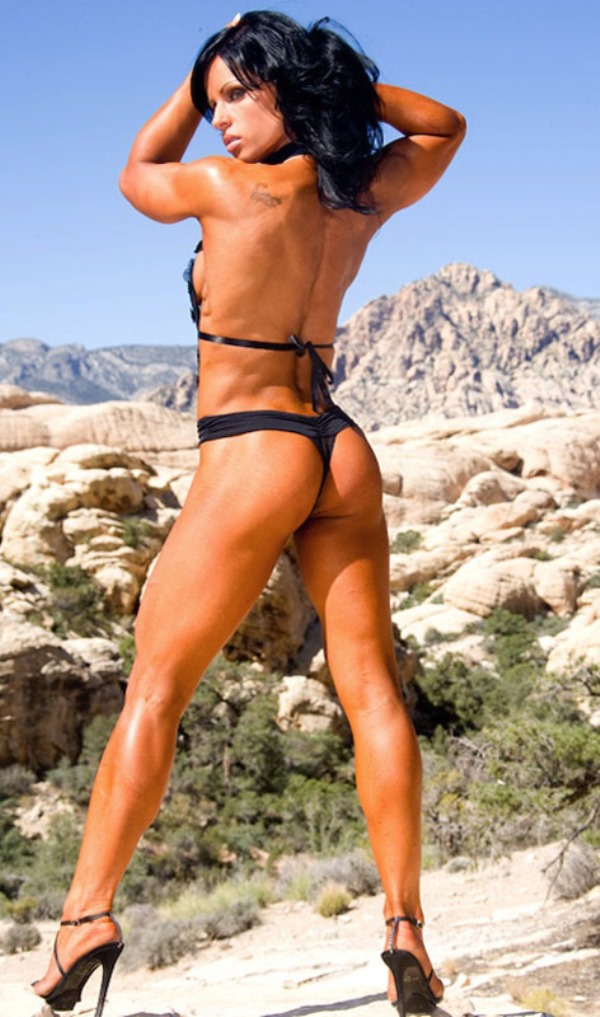 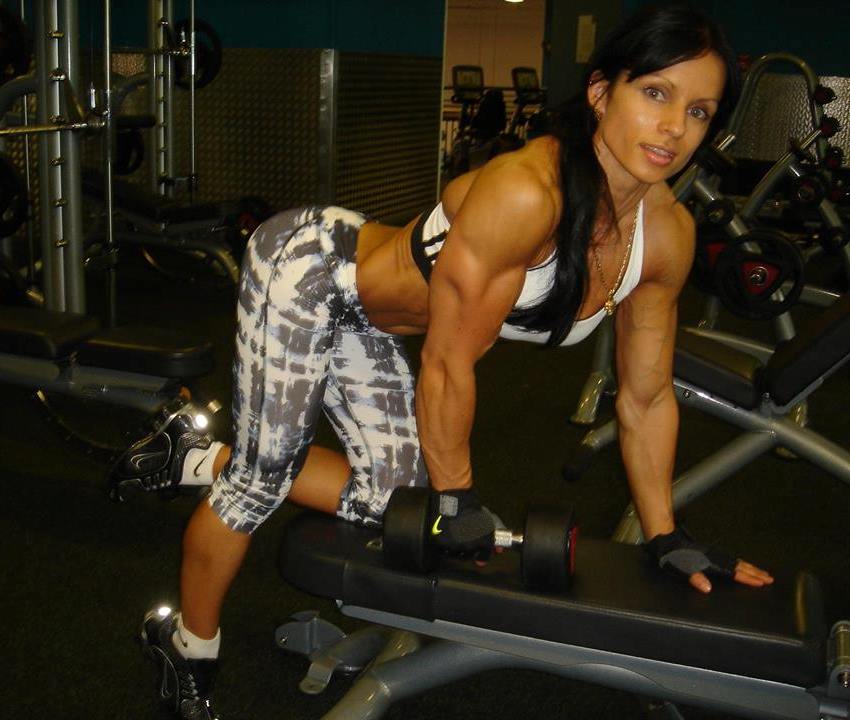 Inga Neverauskaitė was born on 5th of November, 1980. She grew up in Siauliai, one of the largest cities in Lithuania.

Despite none of her family being interested in fitness or any kind of sport, Inga turned out to be an exception. Her parents noticed Inga’s passion for sports and supported her along the way, taking her to dancing, ballet, and aerobic classes every day.

As she became older, Inga’s priorities changed. She was no longer interested in ballet or modern dance. She instead decided to give weightlifting “a try”.

At 17 years old, her high school sports coach showed her the basics of weight training, and from there, Inga was training by herself almost daily.

After seeing her body change as a result of hard work in the gym, Inga became interested in fitness competitions. Only 6 months after she started training, Inga competed in her first show, the 1998 IFBB Siauliai’s County Open Fitness Championships.

She surprised everyone with the result by taking home 4th place in her first ever competition. She also took 1st place in Mixed Pairs Class. Needless to say, Inga was “astonished” by her initial results. This is when she became addicted to the bodybuilding lifestyle.

After placing 1st at the 2001 IFBB Lithuanian National Fitness Championships 2 years later, Inga set her sight on becoming a professional. For that, she needed to win a Pro Card. 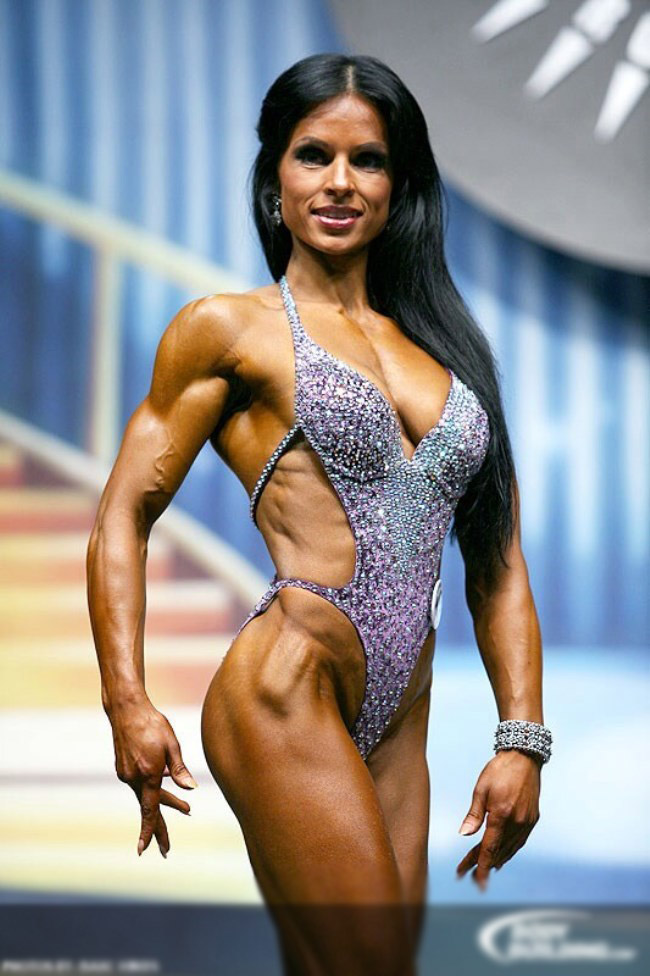 In hope of achieving her dream of competing in the Pro league, Inga moved to the United Kingdom in 2001. During the time, Inga met a lot of influential people who helped her to further improve her physique.

One of them being Harold, and Karen Marillier, a married couple who owned the Forest Gym in Crawley, West Sussex. For the next 2 years, Inga traveled back and forth from the UK to Lithuania, where she competed at the National Championships.

In 2003 she started competing in Europe, winning the EFBB British South Coast Championships and the EBFF European Body Fitness Championships.

It wasn’t until later that year where Inga brought her best version to the stage. She wowed judges and won the EFBB British Fitness Championships, securing her Pro Card status. It was a special moment for Inga as she became the 1st Lithuanian ever to win a Pro Card for a Figure competition. According to Inga, she never “dared to dream of something like that”. 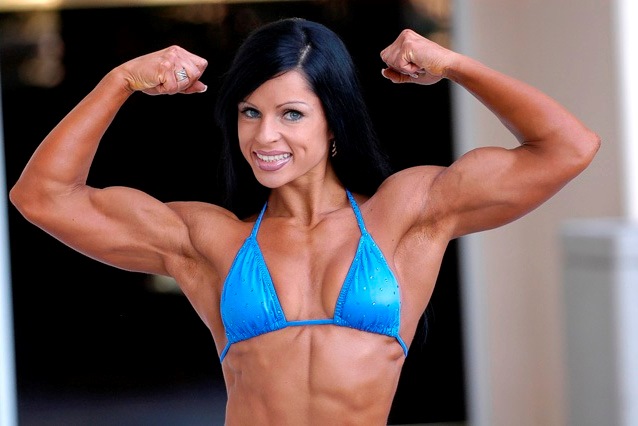 Inga’s Life as a Pro

Her professional debut came in 2004, at the IFBB California Pro Figure, where she placed 19th. Two years later, Inga took home 2nd place at the IFBB Montreal Pro Figure Classic. After this achievement, she won the the 2006 IFBB Netherlands Pro Figure.

Inga also competed at her first ever Figure Olympia that year, placing 14th overall. One year later in 2007, she was invited to compete at the IFBB Arnold Classic Figure. This is where she competed against the best in the world, and came in a respectable 10th place.

By the end of 2007, Inga took part in 1 more competition, the Figure Mr. Olympia. This time, she came in 13th place, a slightly better result from her previous attempt in 2006.

After competing for over 10 years without a break, Inga decided to step off the stage for some time to focus on her personal life. She returned to competing 1 year later after encouragement from family, friends, and fans.

That year, Inga was able to secure 4th place at the  IFBB Europa Show of Champions. After the competition, Inga decided to pursue academic qualifications to become a qualified professional trainer, once again, taking a break from competitions.

Inga returned to serious competitions in 2013, after receiving her certification as a professional trainer.

When asked what is her favorite moment in her competition career, Inga said how winning the Pro Card was the one, because she was the first Lithuanian who managed to do so, and also because the Pro Card allowed her to compete against the best.

Inga has made a name for herself in both her homeland and the whole world. Because of her achievements, she cemented her place among the best female figure competitors in the world. 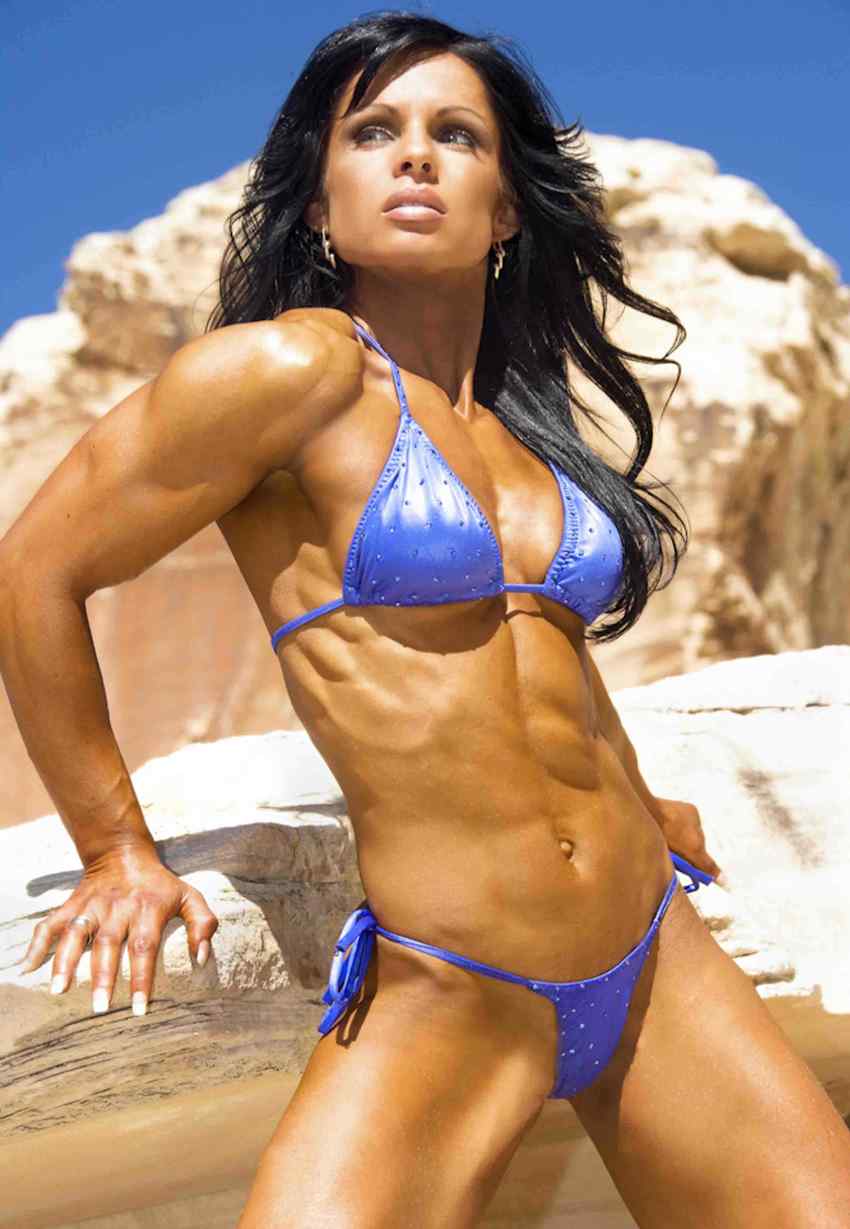 Inga’s normal week of training consists of a 4-day split, where she trains each body part once a week. Repetition range varies from 8-15, and she usually does 4 sets per each exercise.

Before each workout, Inga usually does 20 minutes of cardio 4 times a week. When it’s time for a competition, she will gradually increase the duration to 45-60 minutes, 6 times per week. 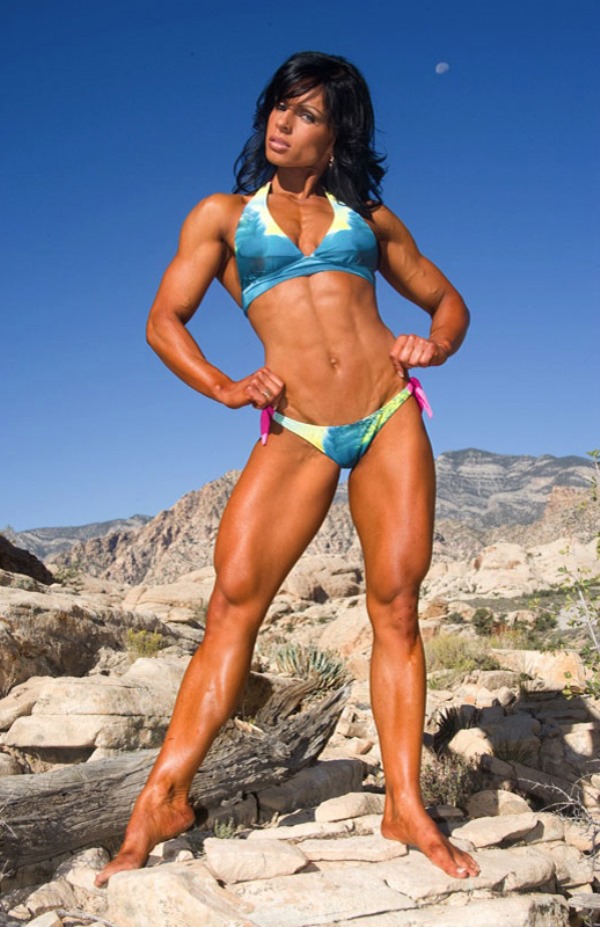 Depending on whether she’s in the off-season or preparing for a competition, Inga’s diet will vary greatly. In the last month before a competition, her diet consists of only rice, turkey, vegetables, and a little bit of fruit.

She usually drinks a lot of water, especially the day before the competition – up to 6 liters. 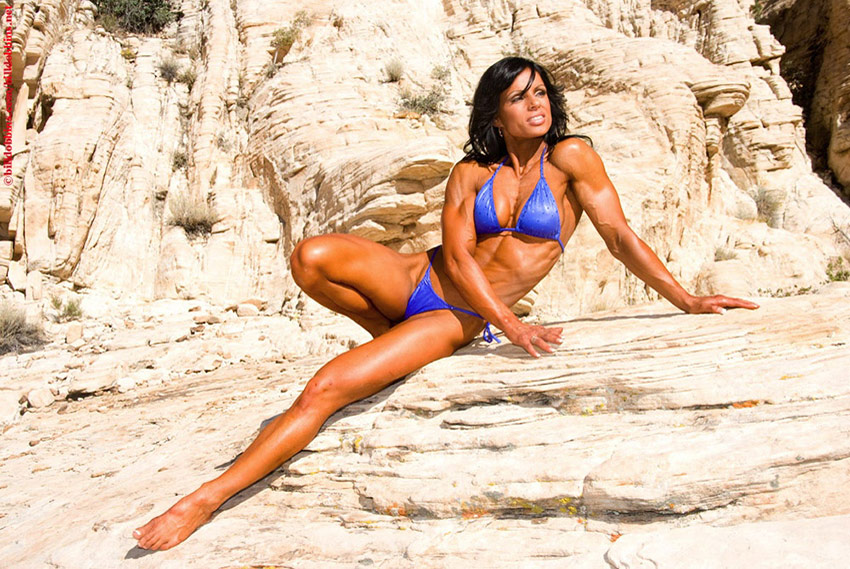 What we can learn from Inga Neverauskaitė

Inga has taught us the value of persistence and patience. She started off her fitness career modestly in Lithuania, and later went to the UK in order to pursue her dream.
Her success didn’t come overnight. She had to spend over 10 years training in the gym and dieting in the kitchen to become the worldwide-known figure she is today.
If there is anything we can take out from Inga’s story, it would be “patience is the key”. Keep doing what you love, and don’t expect fast results. It’s the journey and the whole process that keeps life more interesting, and ultimately more fulfilling. That’s one of the ways to achieve success in life.
Post Views: 4,783
Female Physiques