Georgia B Simmons is a UKBFF Bikini competitor from London, UK. She’s made a name for herself in the British bodybuilding scene as an excellent competitor and competition winner.

Growing up, Georgia was extremely active and lived on a farm, riding horses and shooting guns. As she entered high school, she began running and became a cross-country running champion.

She was bitten by the bodybuilding bug when she started to attend a local gym. She received positive comments from friends and created a workout routine involving weight lifting and bodyweight exercises.

With this new routine, she managed to build a competition-ready physique, and win her first major competition in 2014. This is Georgia’s story: 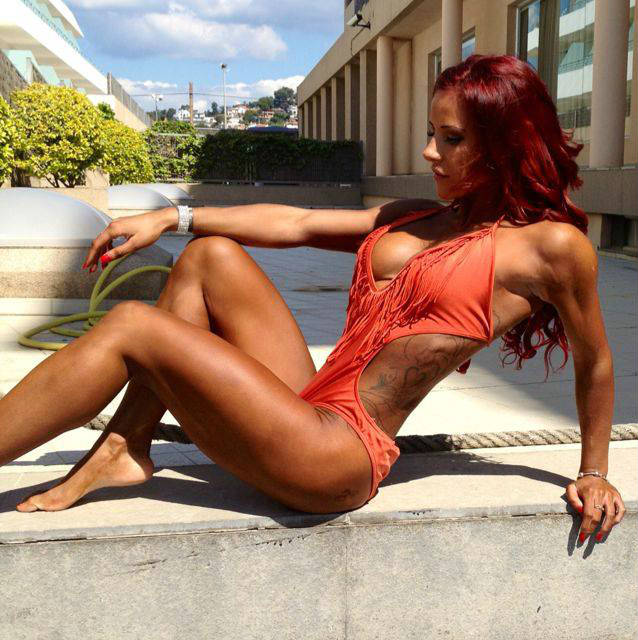 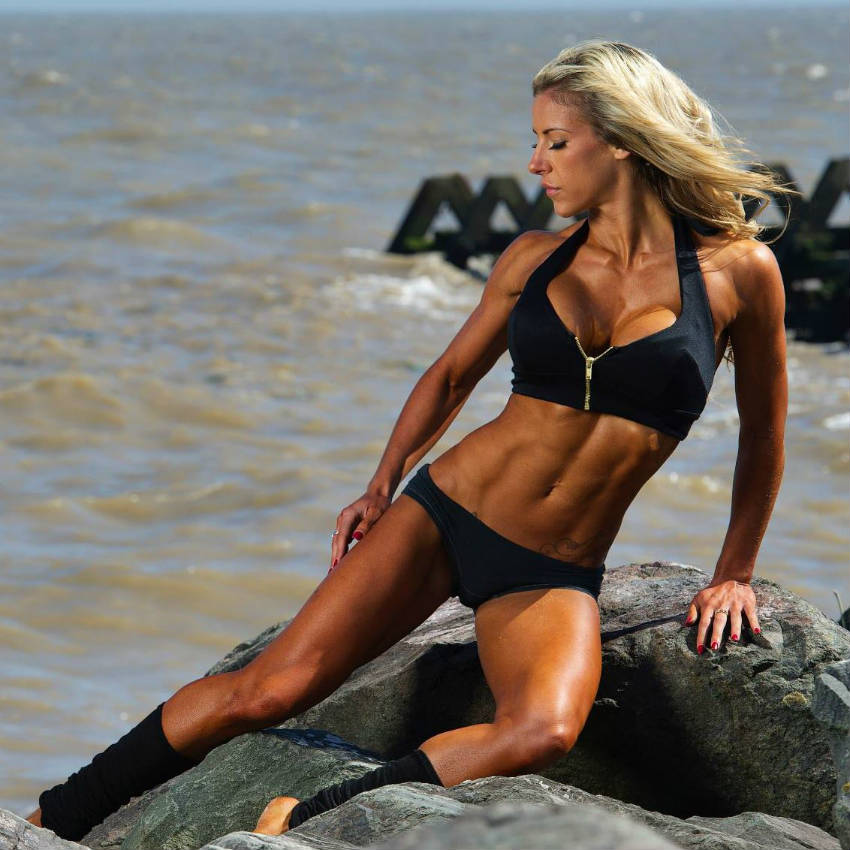 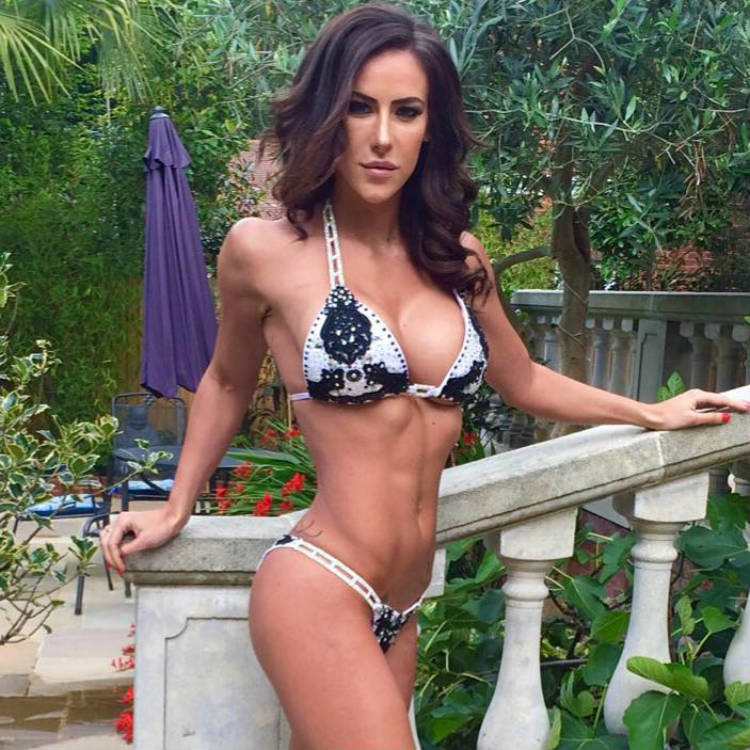 Georgia grew up in very active family and lived in the English countryside. Her house backed onto fields and she had chickens, sheep and horses.

She says she was always out riding the horses and shot air rifles while building dens. As she grew older, she developed these passions further, shooting for the ‘army cadet force,’ while running cross country for her county.

Developing A Passion For Fitness

While these passions were very important to her, it wasn’t until she was an adult that Georgia decided to follow her love of fitness into a career.

She saw some pictures of Jennifer Nicole Lee, and was very impressed with her six pack. She knew from this day forward that she wanted to create a body just like hers.

Georgia started competing when someone at her local gym commented positively on her physique. The girl asked if Georgia competed, and Georgia told her that she didn’t even know what competing was.

She said that she thought the only way to compete was to be “a massive bodybuilder, or to do beauty pageants!” With Bikini competitions, she saw a way to “get toned without adding size,” while being natural and avoiding steroids. 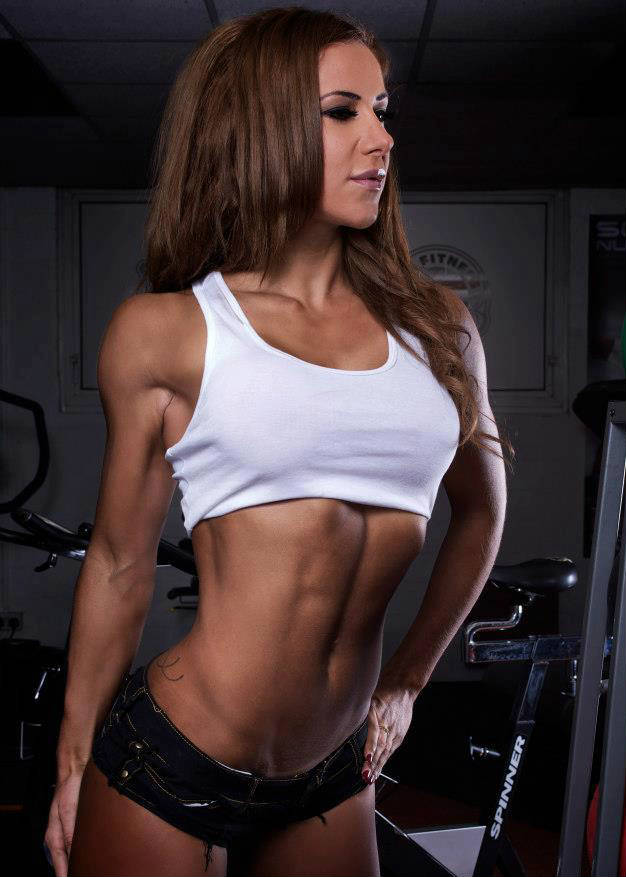 Georgia says that she was “nervous and terrified” for her first competition. She remembers that her knees were shaking so badly that she couldn’t even pose on stage.

She had trained very hard for the show, but says that she wrongly though that women just had to be skinny to compete. She ended up with a 5th place position, which didn’t allow her to qualify for the UK finals.

When she spoke to the judges afterwards, they told her that muscle tone is also vital in the sport. She said that “it was a real lesson in humility.”

Following this competition, Georgia says that she went away for three months and hit the gym hard – creating as much muscle as she could. She returned to the same competition and qualified, so was now ready for the UK finals.

Georgia spent the next five months changing her lifestyle completely with one aim; to win. She doubled the amount of calories and carbs she was eating each day, and trained her legs every other day.

Deciding On Bodybuilding As A Career

When she stood on the stage at the British Finals in 2012, she was a transformed woman. Her physique was looking better than ever, and she was determined to perform her best routine.

She ended up placing in 2nd place, and was very happy with her position. Georgia says that after the show, she realized that she had the drive and self confidence to go “a long way” with bodybuilding.

“I know that I will never be the best as I am not genetically gifted with a tiny waist, and I have to work really hard to achieve the bikini body look- but I am always consistently in the top 15 rankings.  I think you just need to be consistent and work hard and be able to get in condition.”

She says that one of the most enjoyable periods of her career so far, was winning the overall Bikini at BodyPower in 2013.

Georgia says that this competition was particularly special, as her partner who is a heavyweight bodybuilder also won his show. They stood together on stage and kissed with their trophies by their sides. 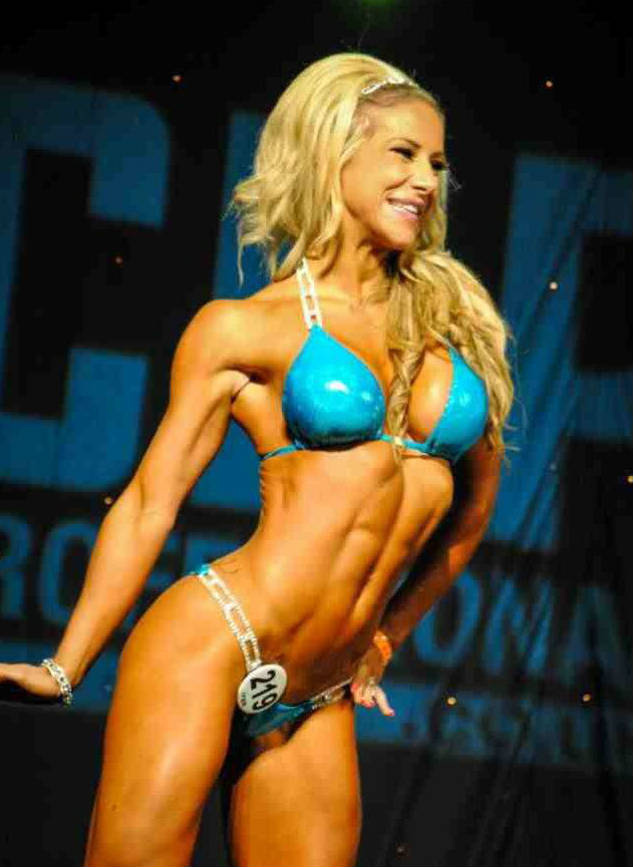 Georgia has always loved cardio. When she left the army in 2006, she used to run on the treadmill for hours as she believed that this was the only way to make her toned.

She says that she used to “pound the treadmill for hours at a time”, but she gradually realized that without lifting weights she would never have a toned and muscular physique.

After removing a lot of her cardio sessions from her routine, Georgia began to think seriously about how she could pack on muscle. She says that she naturally doesn’t hold much body fat, so doesn’t actually need to run at all.

Instead, she now completes a 15 minute warm-up every day on the x-trainer, followed by a 20 minute cardio session in the evening to burn some calories. Any more than this, and she believes she is doing herself more harm than good.

Weight training is now a big part of Georgia’s routine. Her favorite exercises with the dumbbells and barbell are below:

The Box Squat: She loves the absolute “raw aggression” and power than can be generated through this movement. For her quads, she believes it’s the best exercise to do.

Hamstring curls: Hamstring Curls are the most versatile exercise in Georgia’s routine. The loves them because she can vary the speed, length and intensity of the curl, focusing on different areas of her hamstring.

Weighted incline sit-ups: She likes this exercise because it’s difficult. She completes the exercise with a 20kg kettlebell and enjoys it every time.

Hungarian Deadlifts: Georgia loves to incorporate the Hungarian Deadlift into her routine too. She says that she loves the burn the exercise gives to her quads, but it makes her back too thick.

When it comes to Georgias routine, it is heavily focused on the legs. She likes to incorporate supersets often to get her heart rate up.

Georgia loves to offer advice for women who wants to compete, or just create their best body. She says that they should always consider using weights, as this is the best way to create some muscle definition and tone.

When working out with weights, she tells women that they should start light and listen to their body throughout the workout. She stresses that bodybuilding is an individual sport ans what might work for one person, might be too stressful for another.

“If you aren’t seeing results, change what you do, but equally don’t expect change overnight, be consistent with your training and be kind to your body” 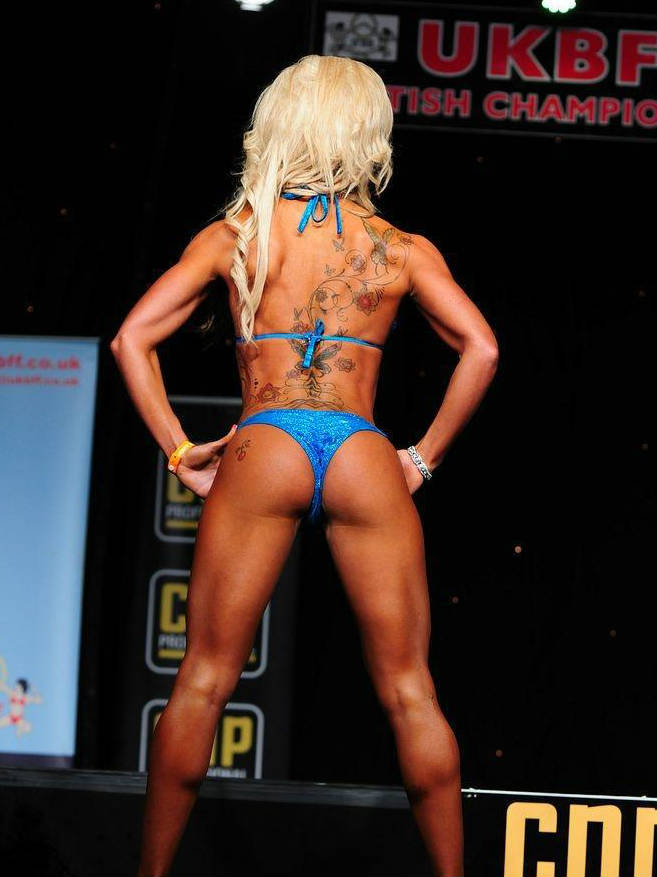 Georgia’s diet “is fairly static and rigid.” She says that she loves to have a set diet plan, so she will always feel bad if she sneaks a cheat meal in.

As well as sticking to this plan, she also tries to limit sugar as much as possible – even natural fruit sugars. One of the reasons she avoids sugar is that it negatively affects immune system health.

When she does eat, she always chooses organic and healthy options. She eats lean meats such as chicken, turkey and steak, teaming these protein sources up with vegetables.

Georgia also eats these healthy meals every 2 hours. Doing so allows her to have a continuous stream of nutrients and protein entering her body throughout the day.

Georgia’s favorite healthy recipe is chicken and sweet potato stew. She says its an excellent choice for winter, as it is filling, warming and very healthy. The recipe is below.

1) Chop all the vegetables and the chicken however you like
2) Mix 100ml of water and the oil in the pan. Mix in the peppers and herbs.
3) Add the onions to the pan and cook until soft
4) Add the raw and chopped chicken breast and cook until white
5) Then add the sweet potato and the mushrooms. Simmer by adding more water until the mixture is covered.
6) Leave for 15 minutes
7) Add the chickpeas at the end, then cook for a further 2 mins.

Georgia also includes a wide variety of supplements in her diet. She uses amino-acid options such as glutamine and BCAA drinks. In the morning, she likes to have cod liver oil, multi-vitamins and l-arginine.

Whey Protein is also important for Georgia. She drinks whey and casein drinks on a daily basis. She also uses L-carnitine when she is cutting. 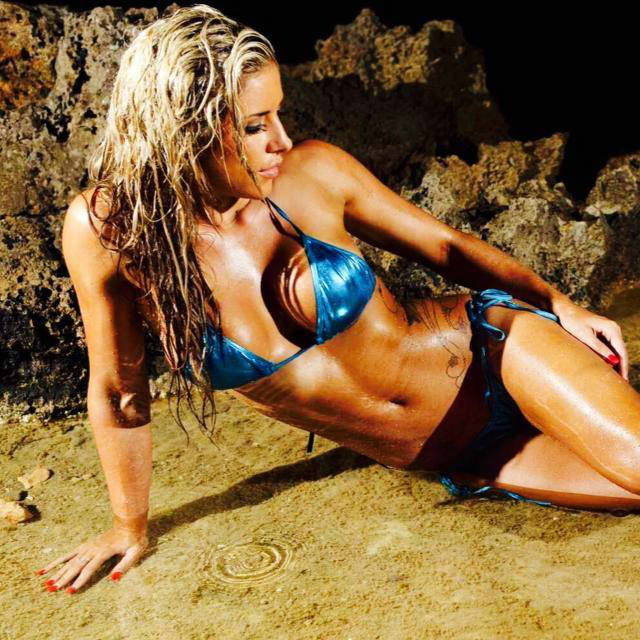 Georgia’s favorite athletes are the women who can “hold muscle but still look beautiful and feminine.”

If she could choose three muscle-bound women, it would be Andreia Brazier, Larissa Reis and Erin Stern. She believes they are extremely beautiful, and can lift heavy.

In terms of bikini athletes such as herself, she enjoys watching the progress of Nathalia Melo and the UK based athlete Michelle Brennan

What we can learn from Georgia B Simmons

One thing we can learn from Georgia’s story, is to always be ready to adapt your workout to your needs. She became fascinated with bodybuilding, but needed to learn how to build muscle after loosing her first competition.

She learned the ropes and came back the next year to win after training with weights for months. She advises other women to choose weight lifting if they want to have a toned physique like hers.