Flavia Baraky Tavares is a Brazilian IFBB athlete, fitness model, and personal trainer. She became popular on social media for her curvy legs, muscular back, and toned abs.

While Flavia is now an example for others, enjoying a fit and healthy lifestyle, this wasn’t always the case. She was once an overweight teenager who wanted to change her life for the better. She had poor food choices, eating whatever she craved.

Eventually, she decided enough was enough, and joined a gym; hoping to get into shape. However, for the first few months, Flavia didn’t notice any significant progress in her physique. This made her even more unhappy, as she said; “I thought about quitting the gym and getting back to my old unhealthy habits.”

It wasn’t until one of her friends told her she needs to completely restructure her diet. Through hard work in the gym and smart food choices, she eventually transformed her physique. As she says,“from head to toe.” Furthermore, she became a fitness icon in the process; inspiring others who struggle with weight issues to start their own fitness journey. 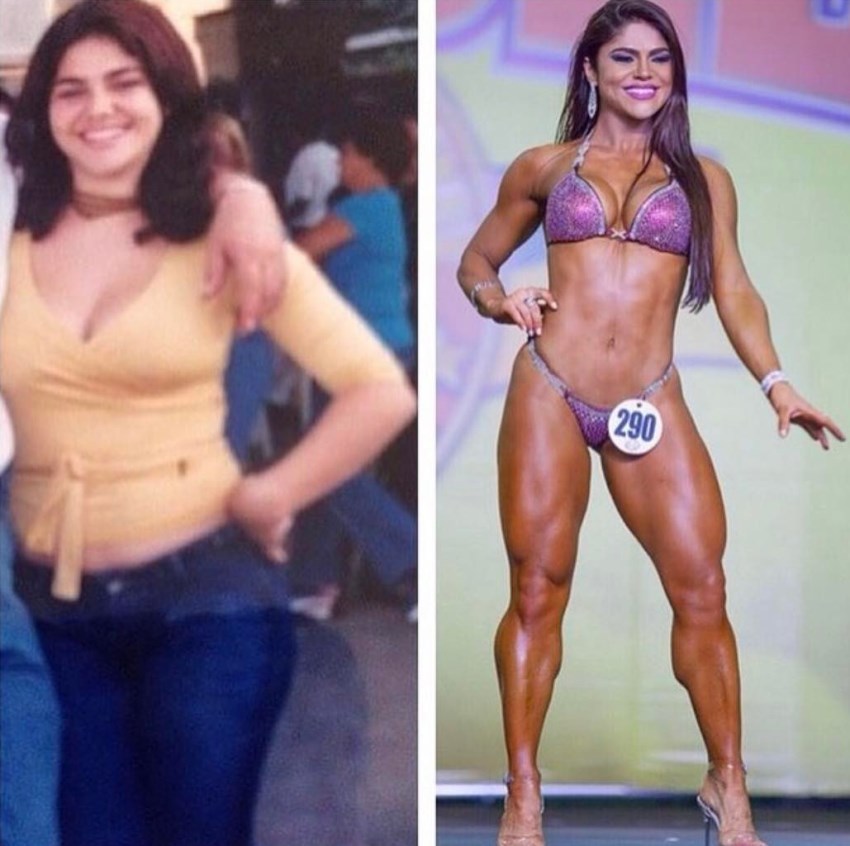 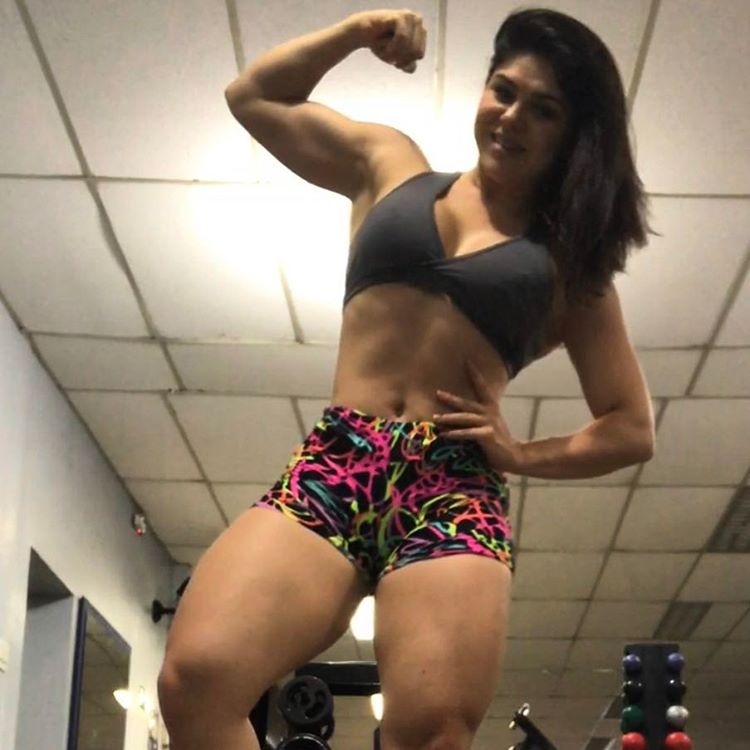 “Never be embarrassed about yourself, no matter what. Everybody starts somewhere, even the fittest model you see in the magazine.” 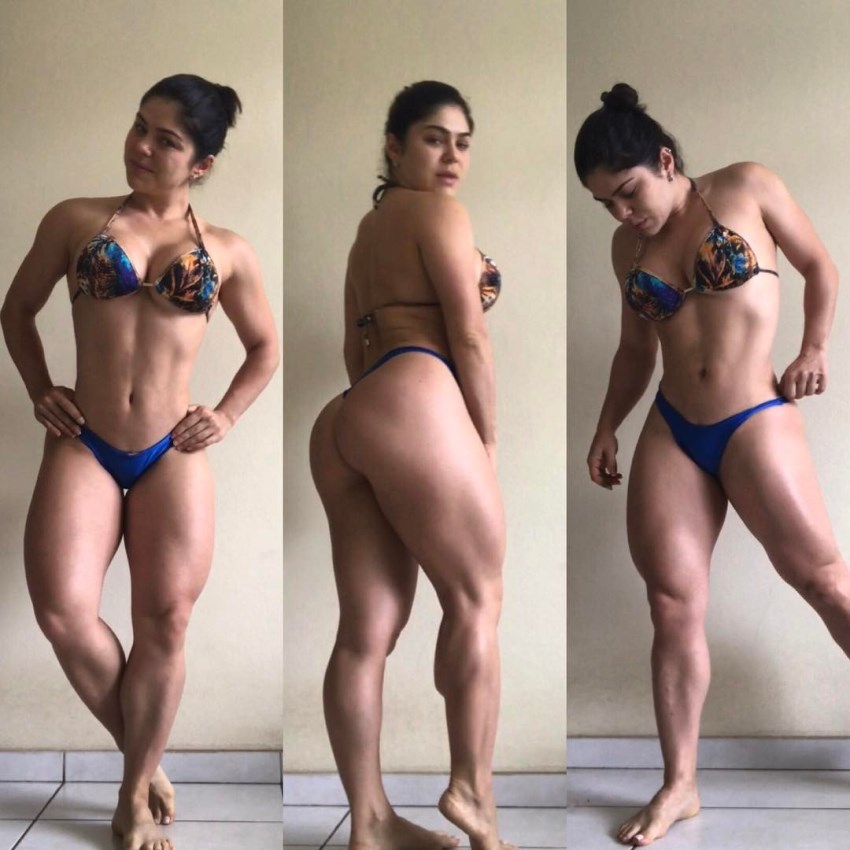 When Flavia first started training in the gym, she would spend countless hours on a cardio machine. Thinking this would shred away her excess fat. Unfortunately, this didn’t give her many results.

Once she incorporated a structured weight training program, combined with a balanced diet – she finally began noticing changes in her appearance.

Her new program consisted of 5-day weightlifting split, with 2 of those days also being dedicated to cardio. Usually, she would train legs twice per week, on Mondays and Fridays. Tuesdays would be dedicated to shoulders, Wednesday to arms, and Thursdays to back.

On Saturdays and Sundays, she would do some kind of activity to speed up her metabolism. Such as walking outdoors, hiking, or playing volleyball with friends on a beach. 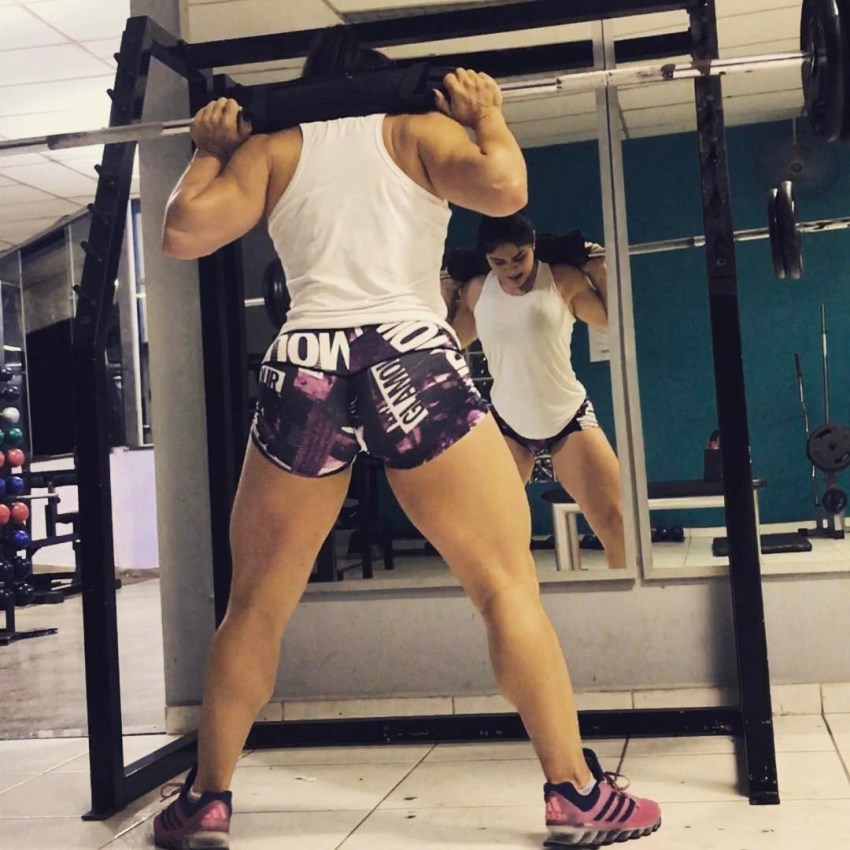 Flavia says that when she first started doing squats, she made several mistakes. The first one was not going deep enough to activate her glutes and hamstrings, which she wanted to develop. She also made a mistake of keeping a narrow stance, which focuses more on quads rather than glutes.

However, once she adopted a wider stance, and went down below parallel, she immediately felt her glutes and hamstring activate.

For anyone who wants to build their glutes, Flavia advises going as deep as possible, while keeping legs shoulder-width apart. However, she mentioned that beginners shouldn’t try to go too deep, as this can result in a serious lower back injury.

Flavia also stressed the importance of warming up before doing such exercises. According to her, warming up not only decreases the risk of an injury, but it also allows for lifting bigger weights. 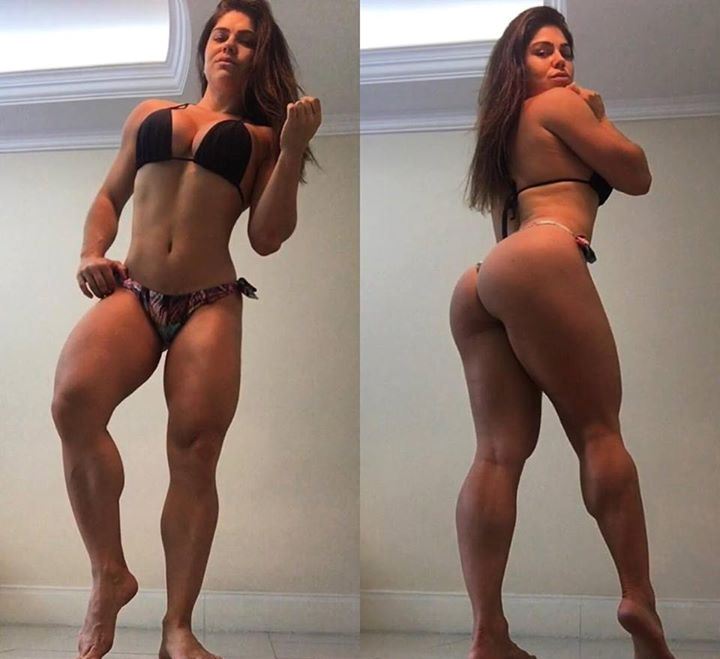 When she wants to cut down fat, Flavia eats around 1600 calories per day. With the most emphasis on her protein intake; consuming around 150 grams every day. She also decreases her carb intake to around 150-200 grams, and keeps her daily fats at around 40 grams.

Flavia says all of these macronutrients come from healthy food sources. In her words; “100% clean!”. When she’s in this “fat loss mode,” there is no room for any cheat meal.

In her lean bulking diet, Flavia consumes around 1800 calories. Out of which 135 grams are protein, 251 grams carbs, and 22 grams are fats.

This dieting plan helps her build muscle steadily throughout the winter months, without gaining too much fat.

She also gives herself more freedom in terms of food choice during this period; eating a cheat meal every two weeks or so.

Sometimes, Flavia will have one day where she only eats soups and drinks green tea. She states that this helps her liver with the detoxification process. It also helps the balance between the good and the bad bacteria in her gut flora.

Another thing Flavia mentioned is that this detoxification method also accelerates fat loss. Since her body doesn’t have the energy from foods on such days, it turns towards fat storage cells; burning them for energy instead. 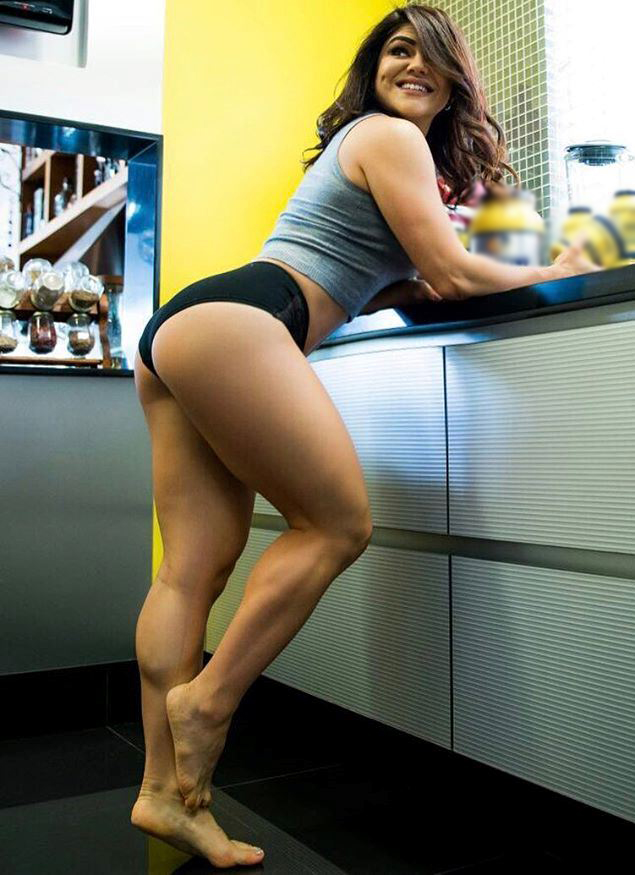 What we can learn from Flavia Baraky Tavares

The most important lesson we can learn from Flavia’s transformation is that it’s not always about working hard, but working smart too.

For the first several months that Flavia spent in the gym, she didn’t notice any fat loss, or general progress in her physique. As she says; “I was chasing ghosts.” No matter how many hours per week she spent on a cardio machine, she just couldn’t see any difference.

But, once she changed her diet, everything changed. She started losing fat, and her body began to lean out. Moreover, she didn’t do that much cardio; just two 30-minute sessions per week.

Looking at her story, it’s clear that sometimes hard work by itself is not enough. It takes smart planning, and sometimes “brainstorming” to get to where you want in life. So, as Flavia would say, “don’t bash your head against the wall.” Instead, take a step back, and think about what it is that you want to change. With enough effort, and by making smart decisions, you can achieve your own transformation – just like Flavia Baraky Tavares. 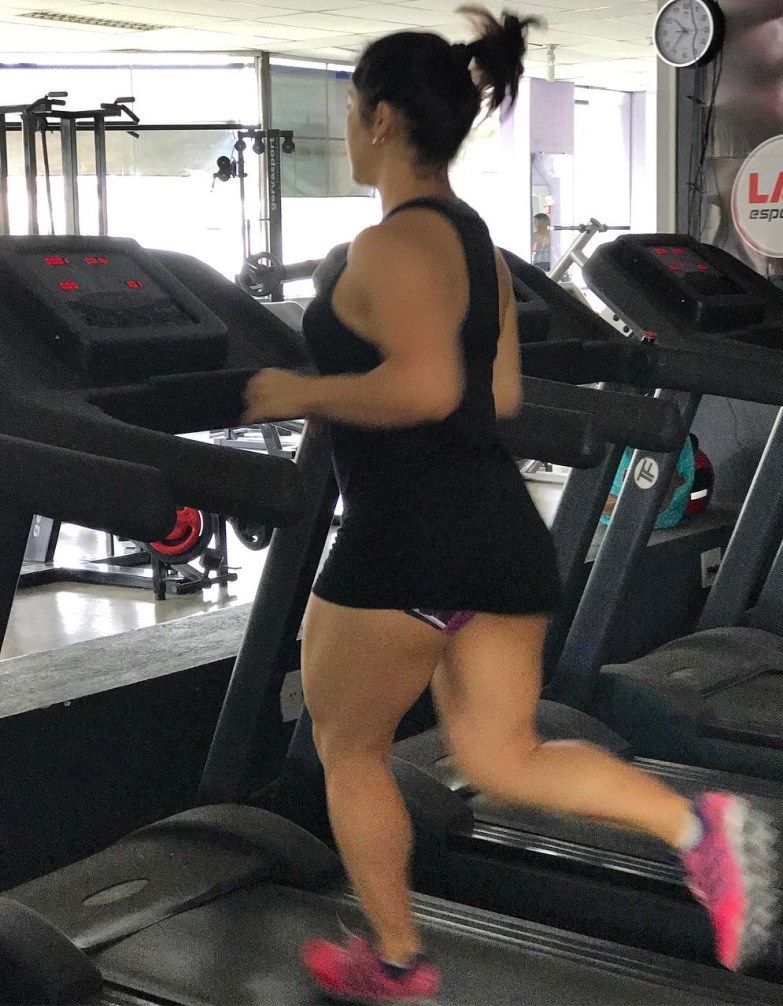