Elena Soboleva has gone from being an unhappy farmer girl from Siberia to becoming a fitness icon on the rise, admired for her unique and incredible figure.

With her determination and courage to take risks, Elena has managed to make a name for herself in the fitness industry after moving from her native Russia to America in 2011.

With her amazing story, as well as her strong and feminine physique, Elena has won admiration from thousands of fans across the globe – a number which only keeps on growing. 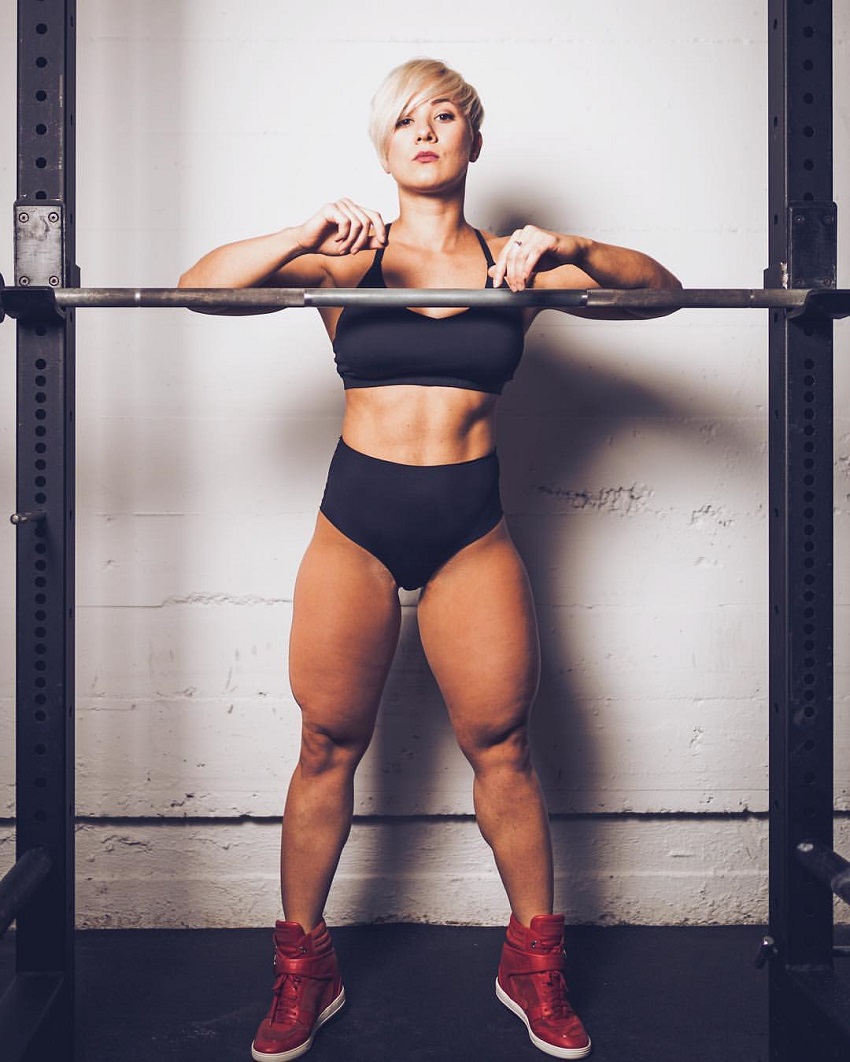 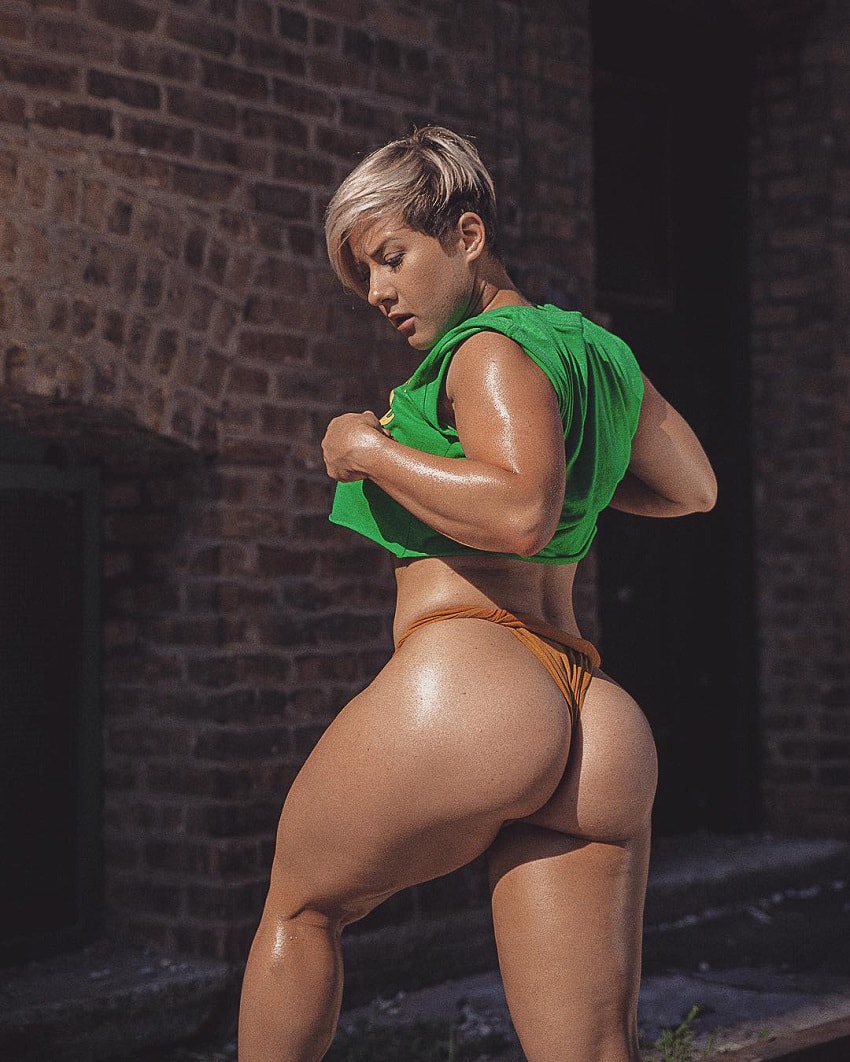 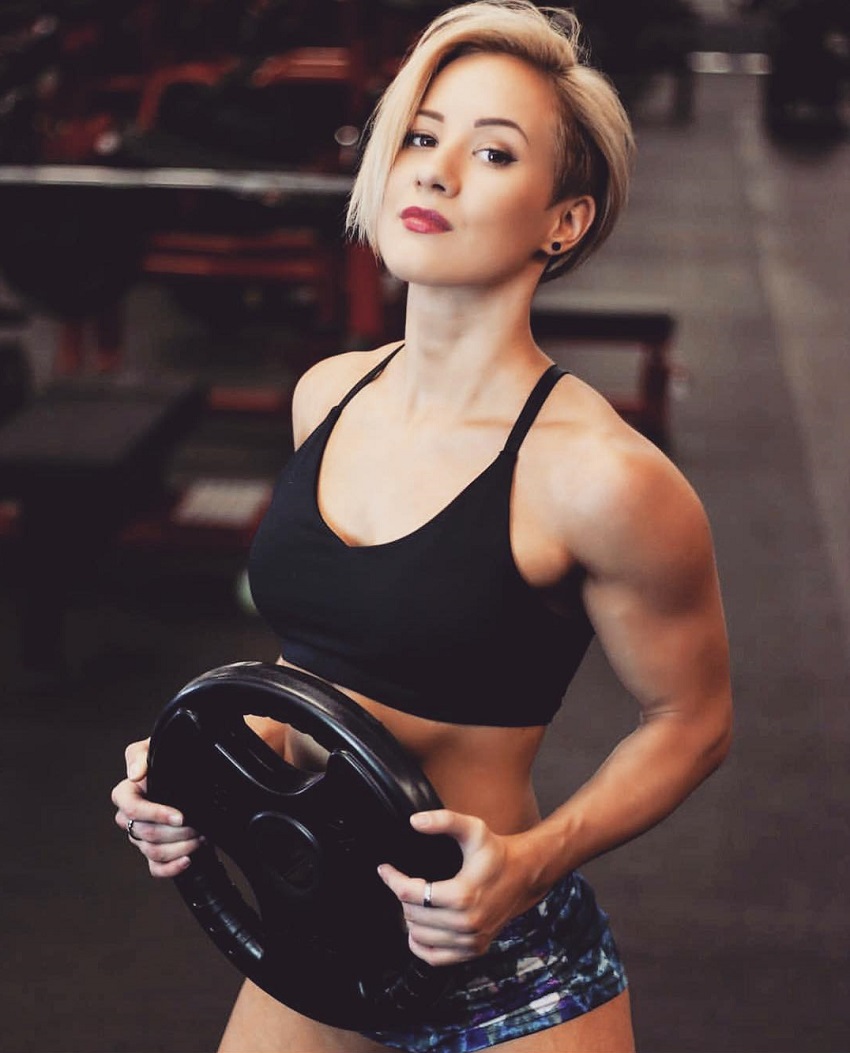 Born and raised in cold Siberia, Elena Soboleva spent her early years living on the farm with her grandparents, where she took care of animals and grew vegetables.

Growing up, Elena lived an “ordinary life,” but she always knew she had bigger ambitions for the future.

“I was a regular girl without any extra skills or talents, but deep inside myself I always knew that I will be different.”

As she grew older, Elena started to develop insecurities about her body. At 5’1” of height and with “thick thighs,” she was the complete opposite of what the beauty standards in Russia dictated.

“With little to do and a few people to socialize with, I was a very shy girl. In my country “the standards of beauty” was to be very skinny. I always stood out because of my body. I was never skinny enough. It messed up my mind a lot.”

In an attempt to conform to these beauty standards, Elena tried numerous diets. She said; “I always was trying to lose weight. Was trying a million different diets like “one apple a day diet” or “drink water and piece of bread diet”.” 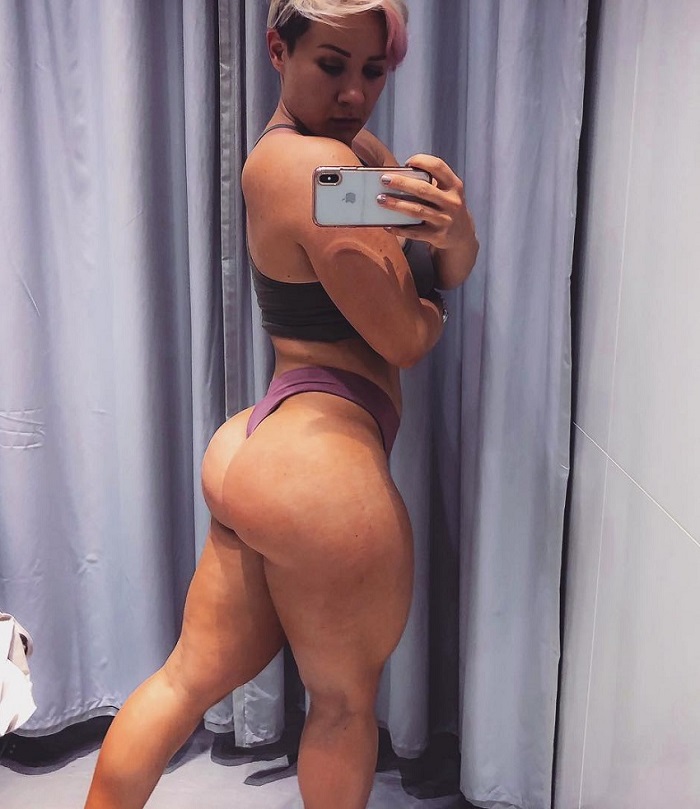 Although Elena was able to lose some weight with her diets, she still wasn’t happy with her life. Eventually, she decided to take more drastic measures.

After graduating from college in 2011, she was presented with an opportunity to move to the USA. Elena took full advantage of the opportunity, knowing that this was her ticket to bigger and better things.

With one piece of luggage and $500 in her back pocket, Elena took the ‘leap of faith’ and moved to Orlando, Florida. 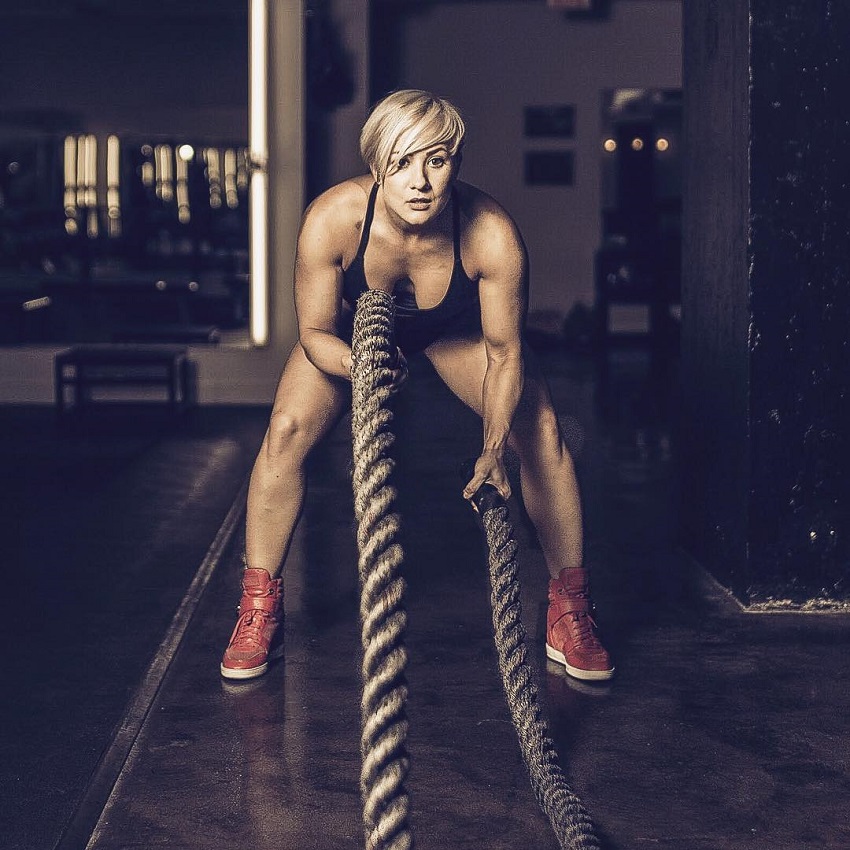 First Few Years in the USA

The first year in America was the hardest for Elena. She didn’t know people, nor the language. To make the matters worse, the weather in Florida was hot and humid. Which was the complete opposite of Siberia where Elena used to live.

“It was very challenging just because I couldn’t stand hot and humid weather. In my heart I always will be Siberian girl.”

On top of everything, Elena worked two full-time jobs which severely restricted her free time. She didn’t have enough time to prepare healthy meals for herself. Instead, she opted for fast food options which were convenient and simple.

The stress of her fast-paced lifestyle soon saw Elena’s health deteriorate. In a short space of time, she gained over 20lbs of excess weight. “I realized I have to change something,” says Elena. 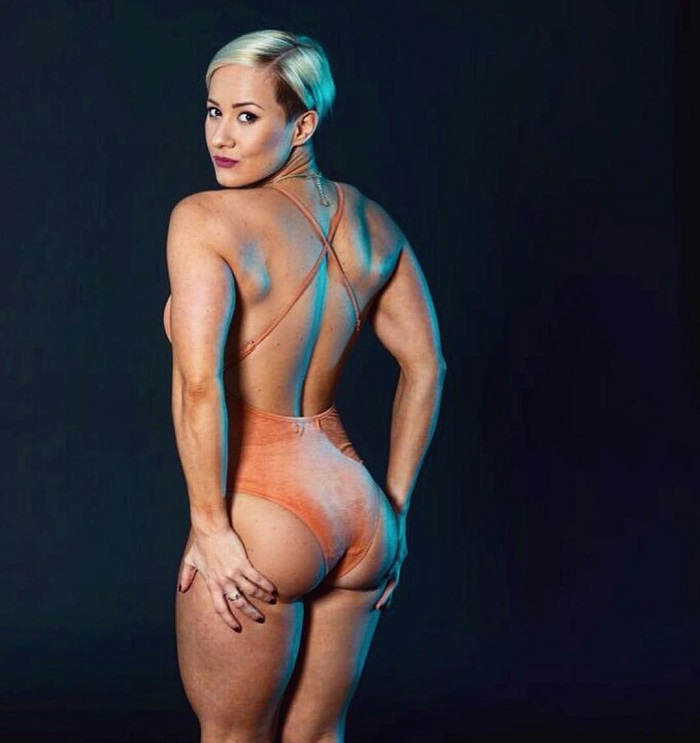 Turning Her Life Around With Fitness

In an attempt to lose weight, Elena started to run at night. She also cleaned up her diet, introducing healthy and wholesome foods to her regimen.

However, it wasn’t until she signed up for a gym membership when Elena’s progress became apparent. Once she began lifting weights, her results improved tremendously.

Over the next several months, Elena lost all of her excess weight – sculpting a lean and toned figure in the process. 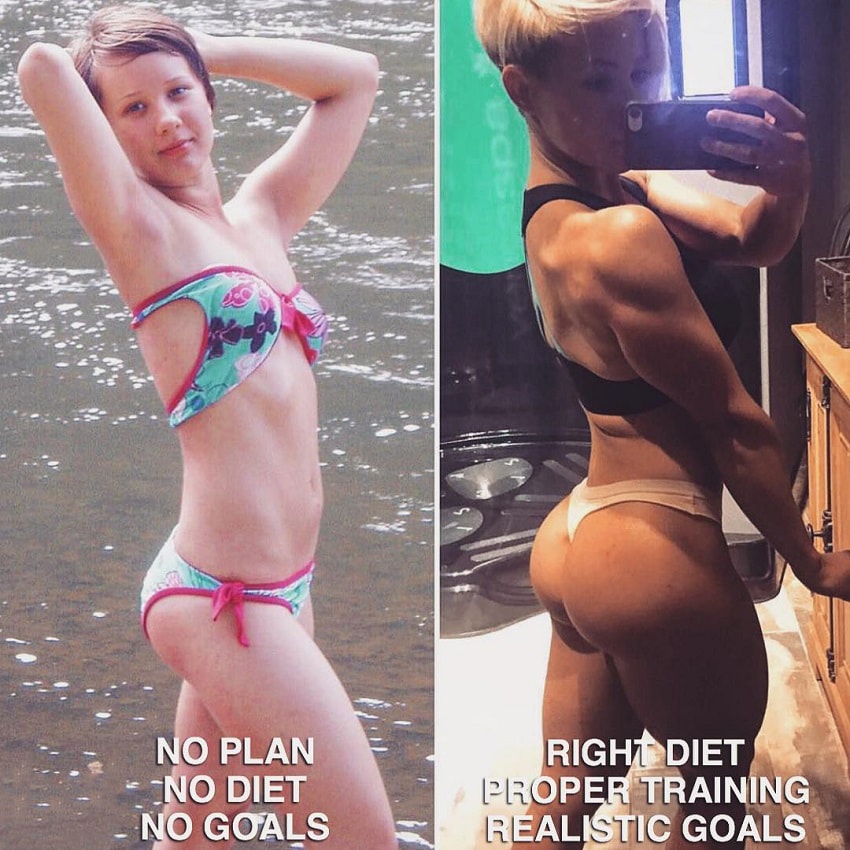 Competing in the NPC

After achieving her transformation, Elena became eager to try new challenges on her fitness journey. One of them was to compete on the bikini stage.

She soon found out about NPC competitions and decided to give it a shot. Using the internet as her only source of information, Elena began preparing for her first contest.

After a couple of months, the show day came. Elena had chosen to compete in a local show in Orlando Florida – the 2015 Seminole Classic. To everyone’s surprise, she took home first place in both her class, and overall. Needless to say, Elena was positively shocked by the result.

“I couldn’t believe, that the shy girl from the farm could rock the stage and take all the trophies with her. I had no idea what I was doing, but it was so much fun and such an amazing journey.” 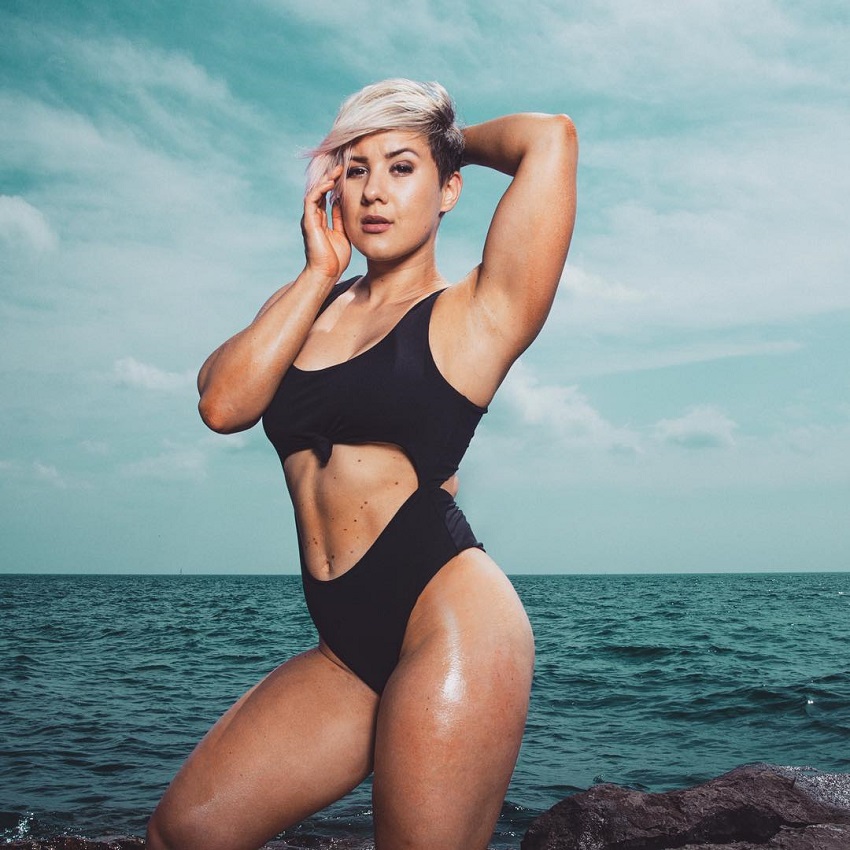 After winning her first show, Elena became eager to continue competing. Over the next several months, she took part in two additional contests, finishing amongst the top 5 on both occasions.

Elena also opened her online accounts along the way, aiming to share her passion for fitness with everyone interested. Unexpectedly, she received an enormous reception from people. Her fan base grew bigger and bigger as each year passed.

By 2018, Elena had gained an army of followers. As a result, she was able to start a career as a fitness model and sponsored athlete, in addition to being an NPC bikini competitor.

Elena is now admired by fans across the world. Her story of going from an unhappy farmer girl to a fitness influencer has inspired her followers to take risks in life and realize their wildest dreams, just like she did.

“That is my mission. To show people how to discover their greatest potential. If I could change at least one life, I did my job!” – Elena Soboleva 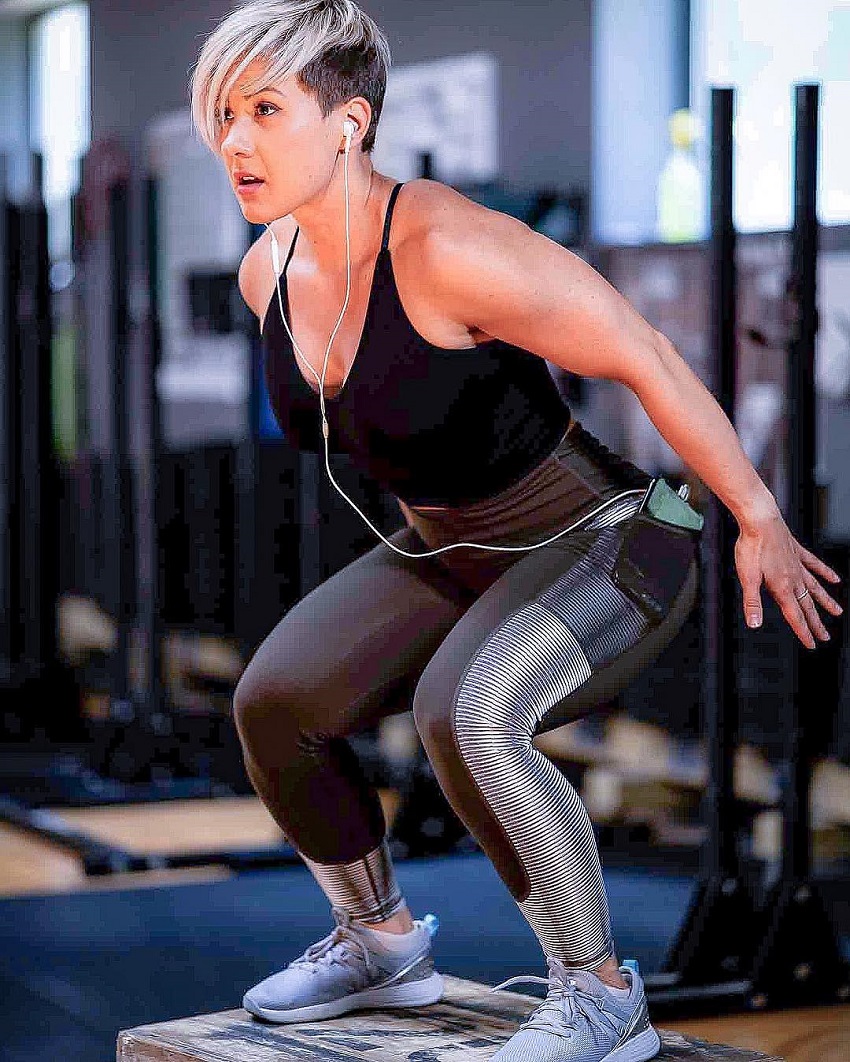 Elena enjoys training four to six days per week with high intensity, always going full throttle. She goes for the failure in every exercise – giving it her all.

Elena also likes to change her training from time to time to prevent her body from adapting. For example, Elena will sometimes train with heavy weights and low reps, and sometimes she’ll do the complete opposite.

It’s clear Elena’s favorite body parts are her legs and glutes. She trains them twice per week and separates her glute and leg workouts on different days. Elena’s favorite lower-body exercises are deadlifts, hip thrusts, and leg extensions.

Her advice for training glutes is to “squeeze your glutes and do some dynamic warm-ups first to activate the glutes. I also use a resistance band for some exercises as ‘active’ rest between sets of weighted exercises.” – Elena Soboleva 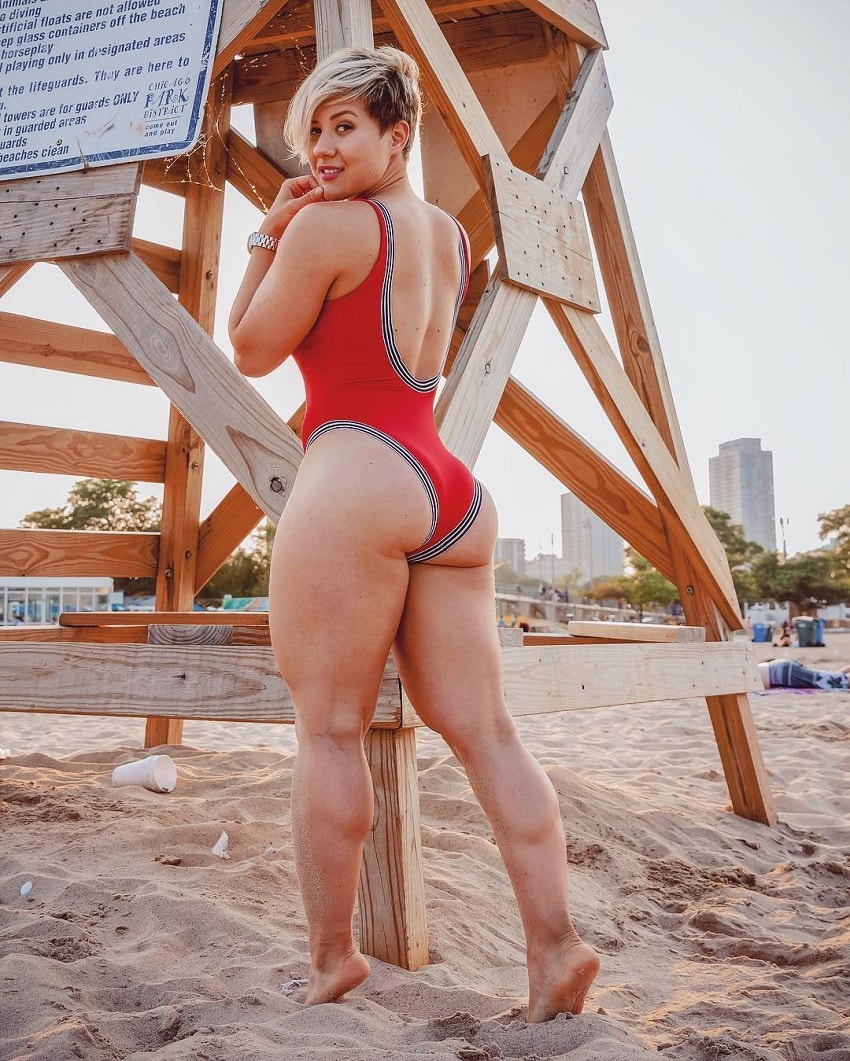 Elena’s typical leg and glute workout looks something like this; 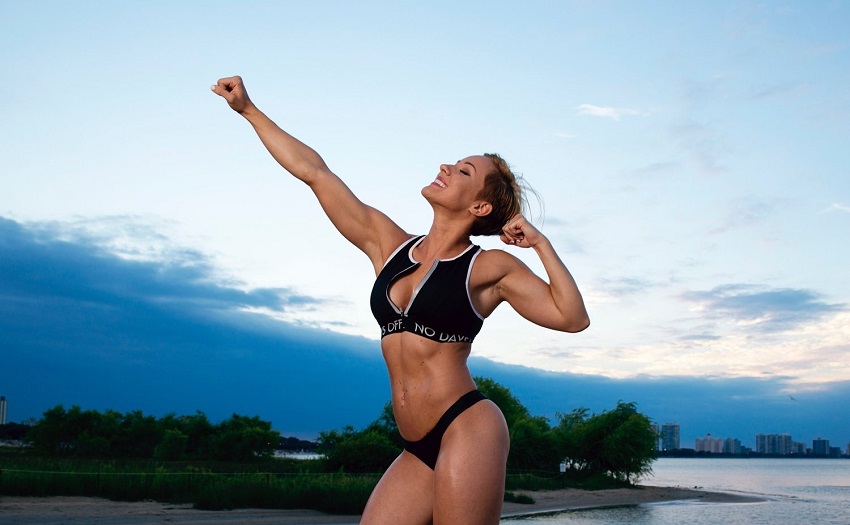 Elena likes to fuel her body with lots of high-quality foods. These foods consist of complex carbs, lean proteins, and heart-healthy fats.

She aims to eat up to 5-6 smaller meals a day, as opposed to 2-3 bigger ones. This keeps her metabolism working at a high rate and helps her maintain a toned figure.

When she wants to burn fat, Elena will remove any sugars from her diet. She’ll also reduce her overall carbs to a minimum.

However, for the majority of the time, she’ll consume her regular ‘lean gains’ diet, which consists of lots of chicken, brown rice, red meat, fruits, and vegetables. 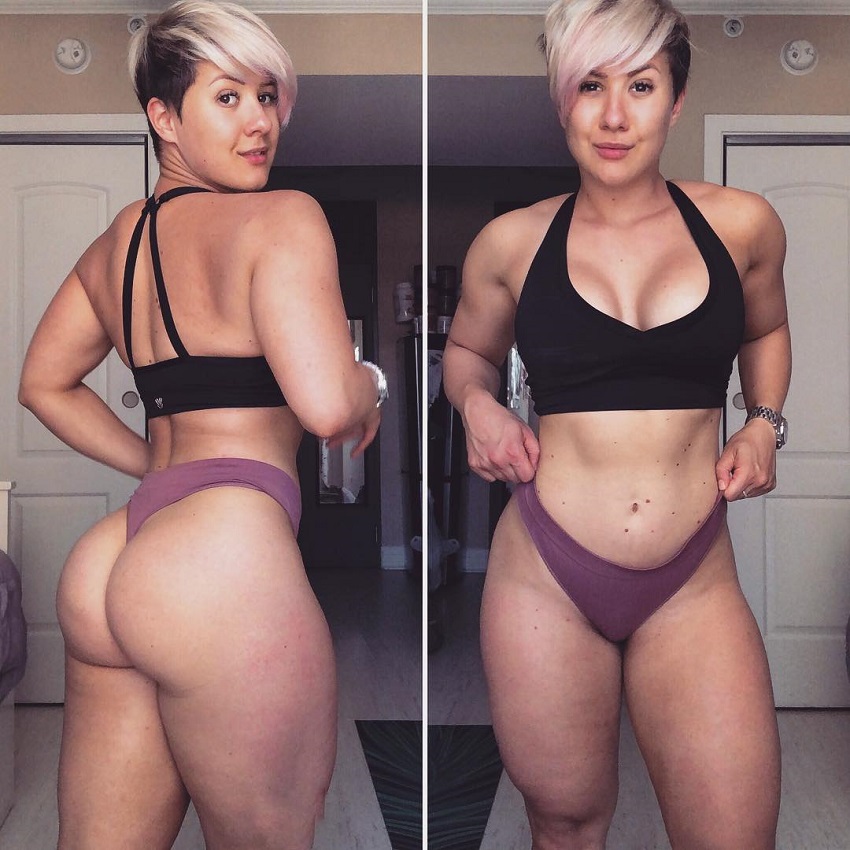 Elena had to be her own biggest influence during her first few years in America.

Having moved to a completely different country, Elena had to rely on her own resourcefulness in order to reach the level of success she enjoys nowadays. 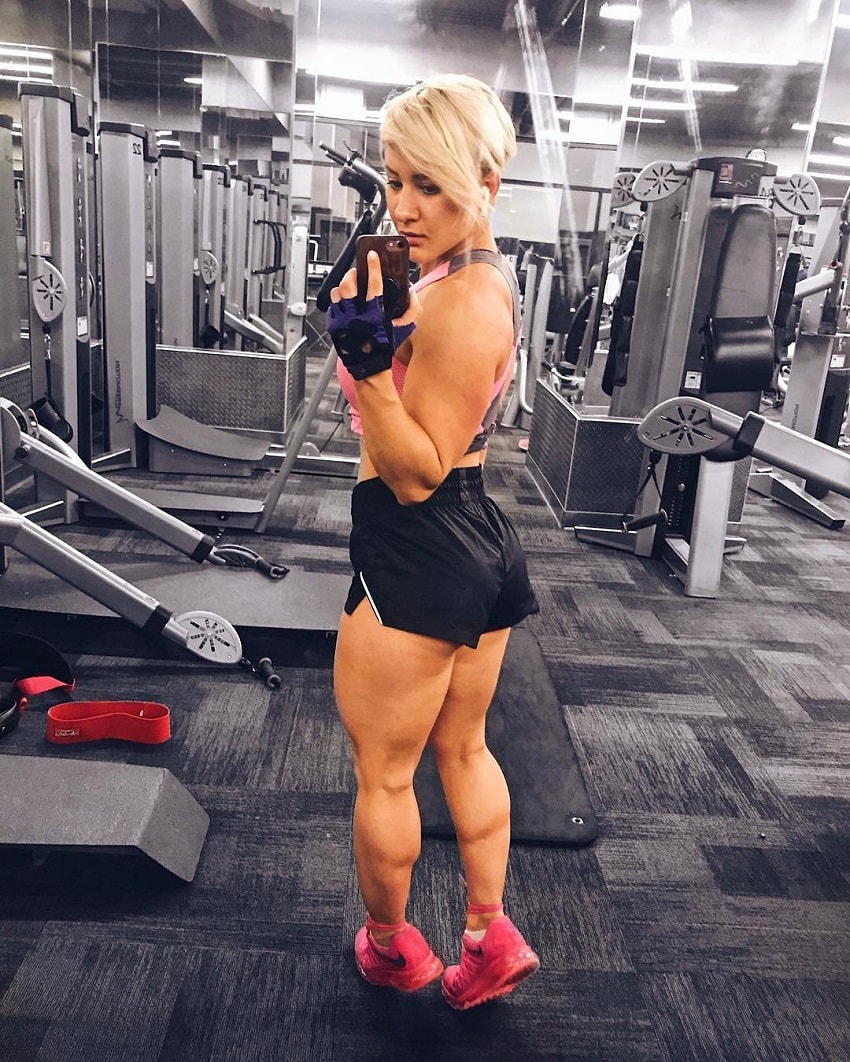 What we can learn from Elena Soboleva

There are many lessons we could learn from Elena Soboleva. From a career success standpoint, she’s taught us to never be afraid to go after your dreams, no matter how wild they might seem. Elena moved from Siberia to America with nothing but $500 and a dream of a better life. It was a risk Elena was willing to take, and it paid off in the end.

In terms of fitness and bodybuilding, Elena has taught us to never conform to society’s standards. There’s a certain image that’s acceptable in today’s society, but Elena didn’t let this influence her – she created her own image.

One key lesson to learn from Elena Soboleva is to dictate your own standards. Don’t let others tell you what is right, instead, create your own rules. By doing so, you’ll attract like-minded people in your life who’ll appreciate you for your uniqueness – just like we’ve seen with Elena Soboleva.