Diana Ruiz is a Cuban personal trainer, fitness coach and sponsored athlete who has resided in Miami, Florida since moving to the US at the age of 4.

She was working in a job she hated, constantly partying whilst paying little attention to her nutrition. This eventually began to take its toll on her body – Diana knew she needed to change her ways.

She found fitness, offering her the chance of a clean slate. Eventually, Diana could then achieve her ultimate goal of becoming a personal trainer, with the aim of inspiring others to achieve their fitness goals. 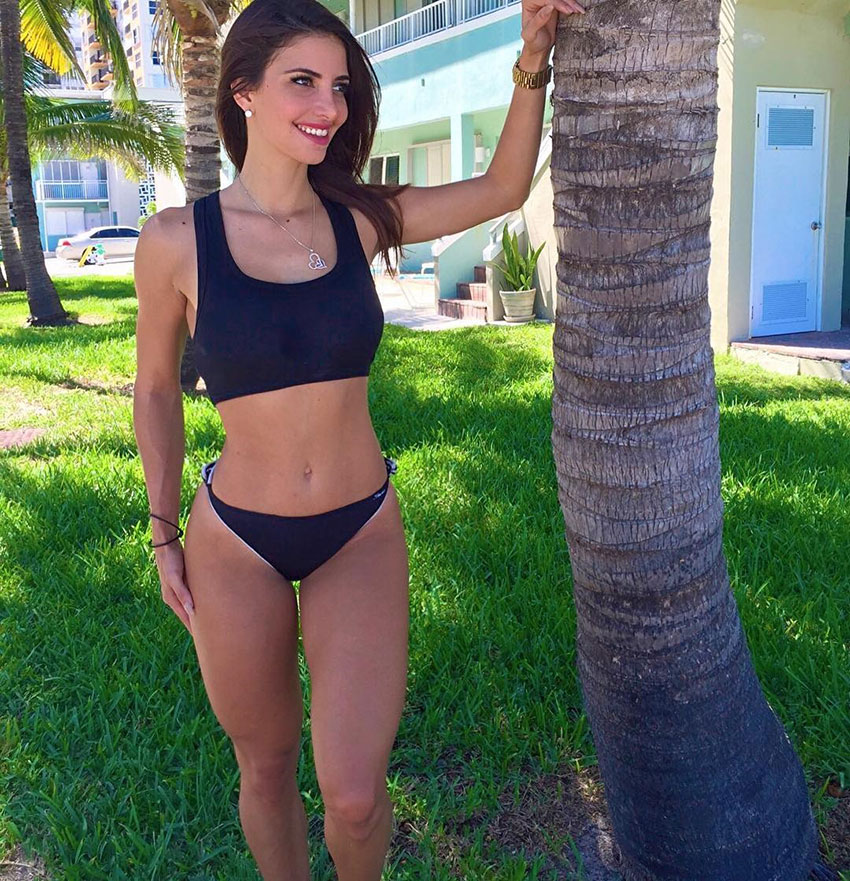 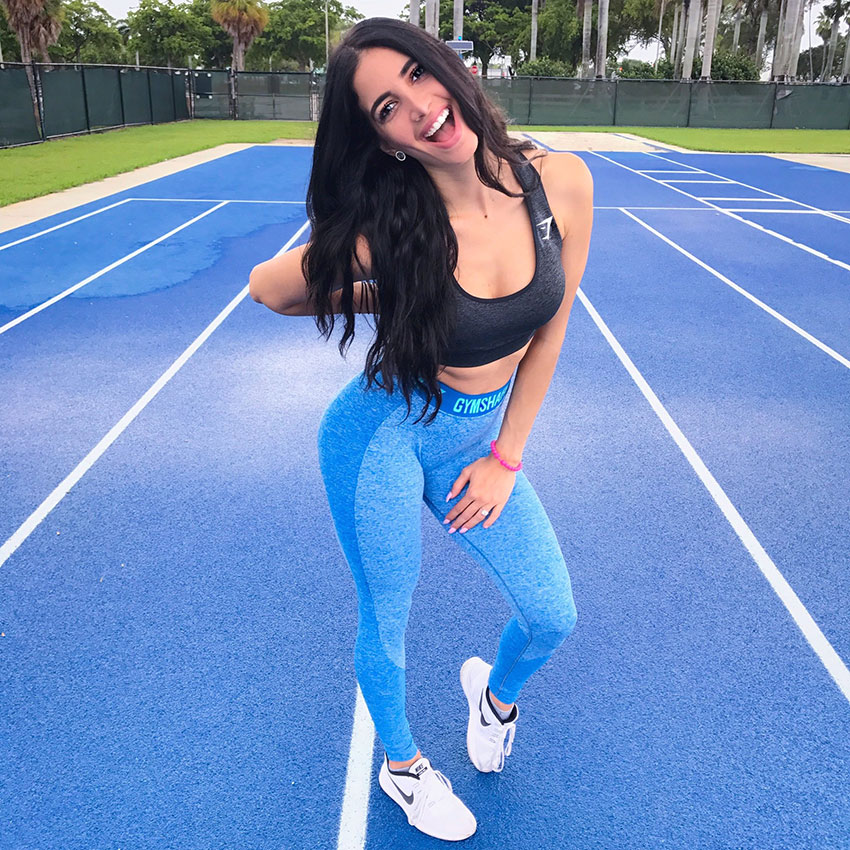 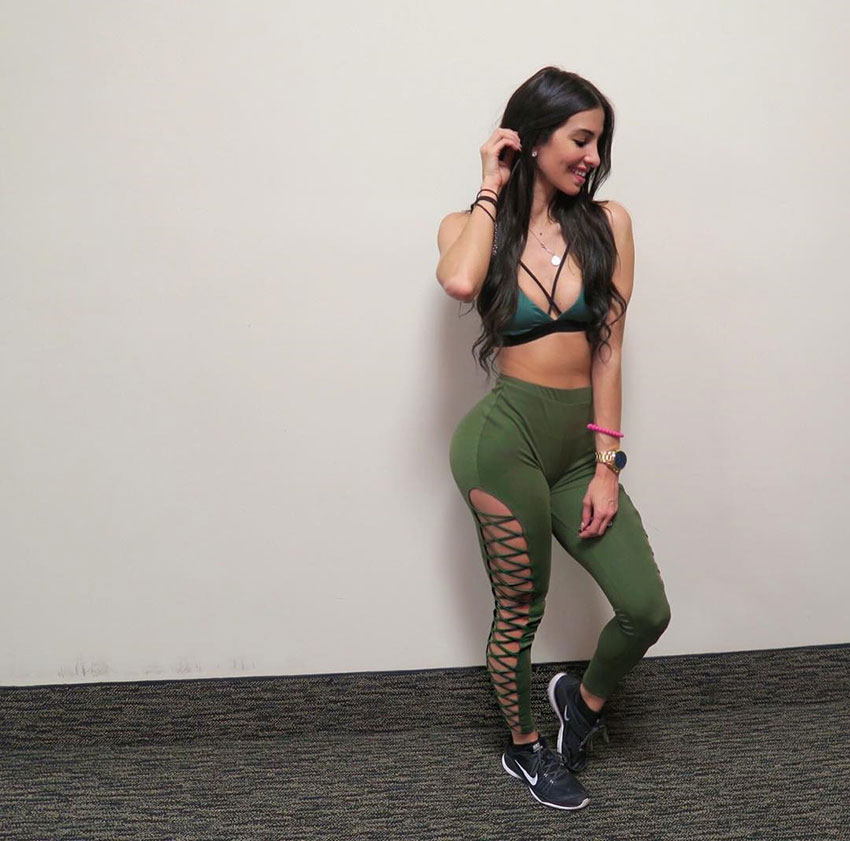 Diana moved to the US at the age of 4, relocating from her native Cuba. Her early life was surrounded by negativity however, and this would have a hugely negative impact on her life.

Throughout her time in high school, she would suffer from bullying due to her weight. She always had a lean physique, but people would then start to call her skinny – causing her to have low self-esteem.

Later in her teens things didn’t get much better, Diana would be constantly out partying, in addition to paying little attention to her diet. This unhealthy lifestyle would eventually lead to Diana becoming hospitalized – she then realized that her partying antics had finally caught up with her.

To make matters worse, she was working in a job she hated that left her with low levels of self confidence. Diana now knew that she would have to make some big changes in her life if she was to move forward.

Diana’s fitness journey began when she became disillusioned with her life. She didn’t see any real prospects for her future, having dealt with a heavy amount of bullying throughout her teenage years.

However, this is when she found fitness. Her personality really began to shine through as she became a personal fitness trainer. It offered her the chance to completely change her life, starting to work in a career that she loved.

She could now reach her goal of gaining a physique that she could be proud of, later inspiring others to achieve the same goals. Fitness changed her life for the better – she became the person she wanted to be.

Diana would eventually became a social media celebrity, with the aim of improving the lives of others. She wanted them to start to achieve things they never thought they could, allowing them to follow their dreams. 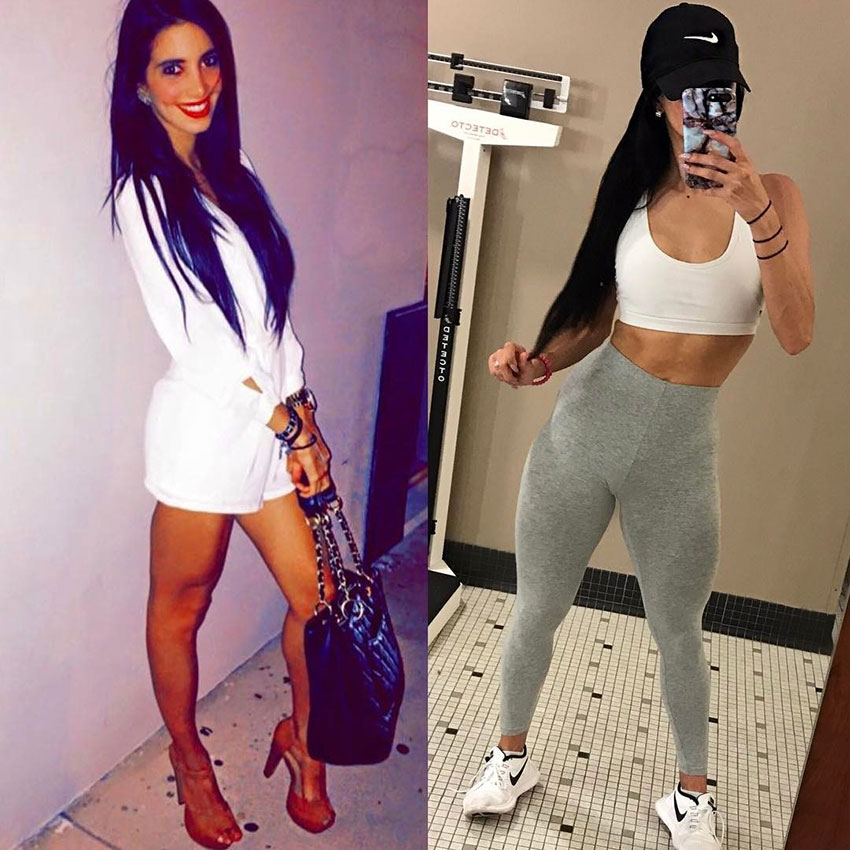 Diana has put a lot of hard work and dedication into achieving her physique, managing to build up a substantial social media following along the way.

She stays on track by regularly sharing her fitness journey online with others. This offers Diana a way to follow her dream – inspiring others to achieve the same things she has.

However, Diana admits she still has a long way to get to where she wants to be. But by staying on track with her fitness, she knows she is most definitely on the right path. 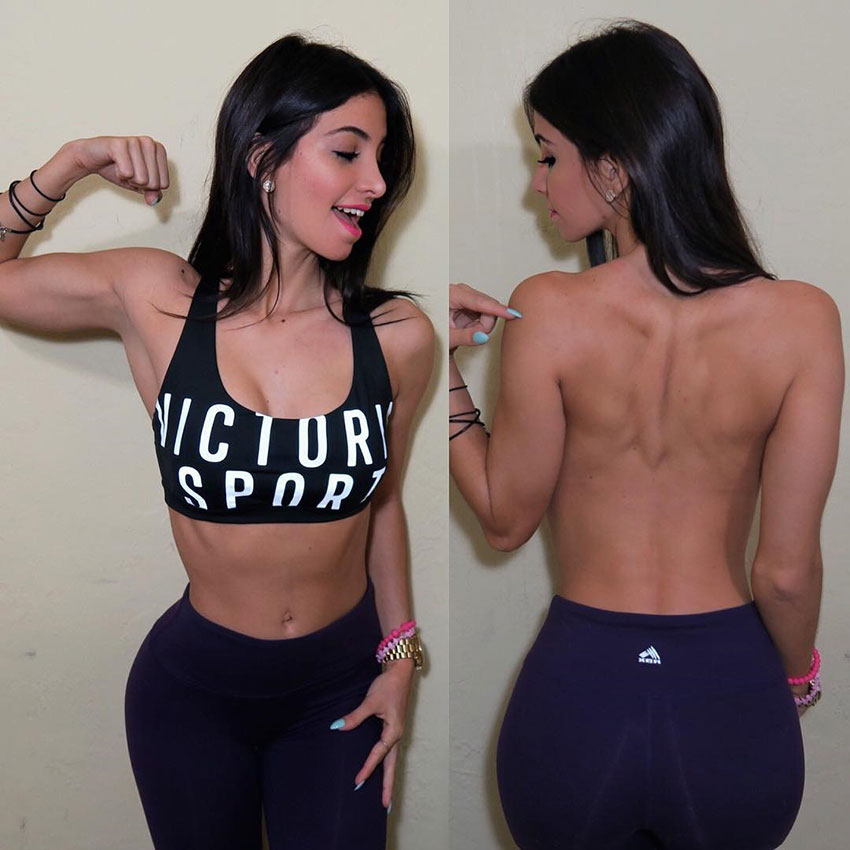 Diana regularly shares her workouts across her social media pages to stay motivated. She trains 5-6 times per week to stay on track with her progress in the gym, with her hard work turning into solid results.

She lists either the hip abduction or glute push up as her favorite exercise, with her main focus being working on her lower body. A glute workout which she follows is listed below: 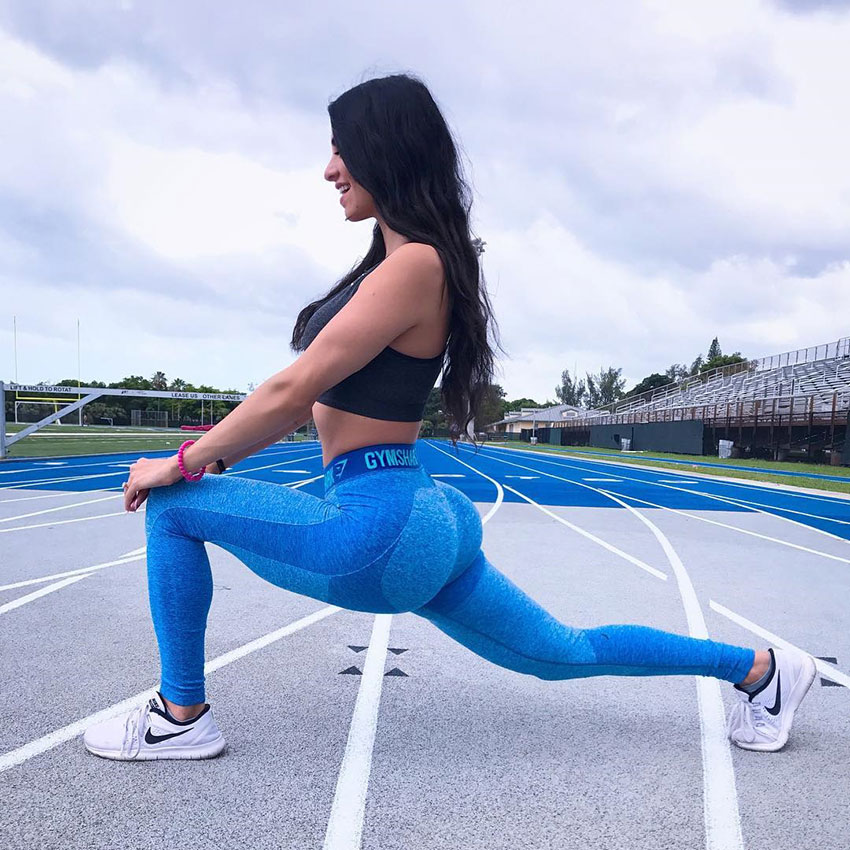 Diana keeps her diet clean, focusing on incorporating lean protein, healthy fats and complex carbohydrates so she can maintain her physique. She has worked hard for it, finding that by following a healthy diet, her motivation levels remain high as she continually progresses.

When bulking, Diana keeps her calorie intake at around 2400 calories per day, so she can continue to add lean muscle mass on her body, whilst accumulating as little fat as possible.

She prepares her meals in advance, reducing the likelihood of her falling off track. This also means that she doesn’t overindulge on too many unhealthy foods. However, she will sometimes have a cheat meal as she finds this gives her an extra incentive to reach her goals.

Diana eats the same meal up to five times per day, along with different fresh fruit and vegetables to add variety to her diet. This meal consists of the following foods: 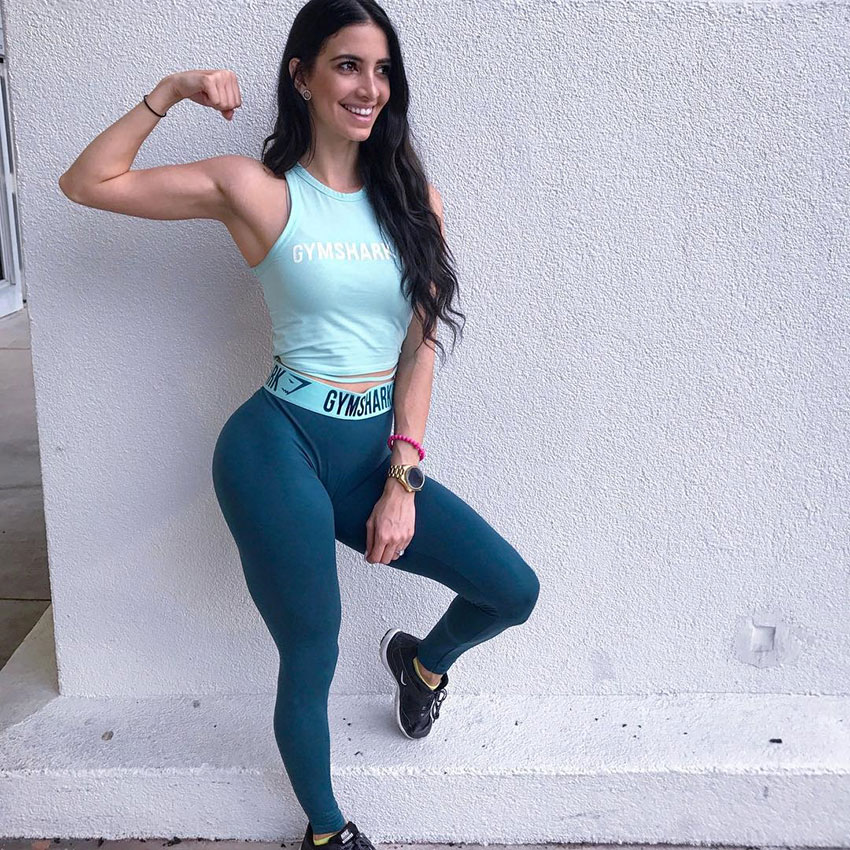 “Fitness it is my passion, my happiness! I love helping others. If I could do one thing it would be to make a difference in someone’s life”.

Diana turned to fitness after it became apparent to her that she wanted to add some lean muscle mass to her slim physique. She also wanted to positively influence people’s lives – soon enough she achieved this by becoming a personal trainer.

However, Diana began to hit set-backs in that she received abuse from online trolls. They would call her skinny, ridiculing her for going to the gym stating that ‘she needed to eat more’. Diana simply chose to use this to her advantage, staying motivated to become the best possible version of herself.

She works out on a frequent basis with her partner, who Diana cites as one of her biggest influences. Diana states that her partner keeps her on track to obtain her goals, ready to take her fitness to the next level.

Diana also regularly updates others on her fitness journey across her social media pages. Seeing her followers and personal training clients progress makes her want to achieve more, pushing herself beyond any limits she had previously reached. 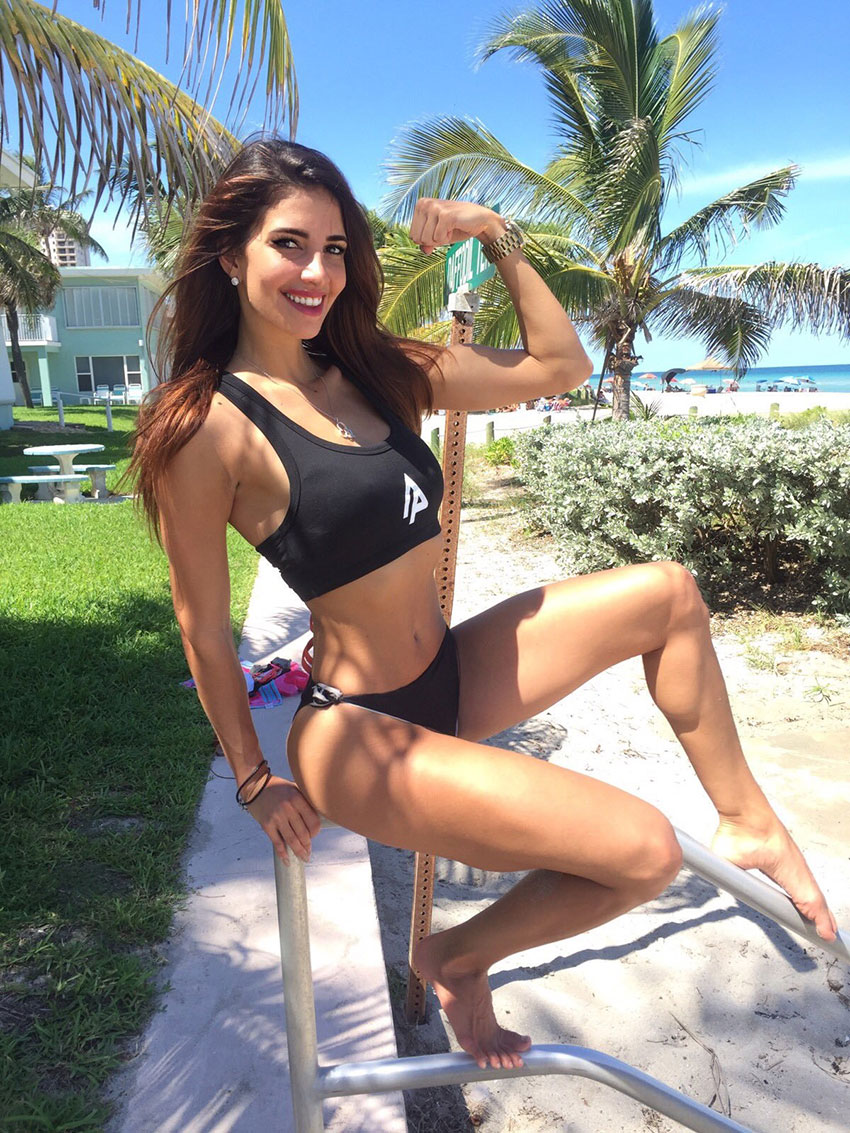 What we can learn from Diana Ruiz

What we can learn from Diana Ruiz is that you may be working in a job you hate, unhappy with your life and seeking change. Diana was in this situation herself – she sought something new to completely change her life.

Fitness gave Diana this chance, so she was able to change her life for the better, taking any set-backs within her stride. She was soon able achieve her goal of becoming a personal trainer, to begin having a positive influence in people’s lives.

What we can learn from Diana is that sometimes, you will be put out of your comfort zone in certain aspects of life. But by turning a blind eye to any negativity, you will soon be able to follow your dreams.