Brazilian-born Carol Porcelli enjoys a career as a WBFF Pro Fitness model and competitor. However, there was a price she had to pay to come to the top.

At one point during her career, Carol gained over 10kg in 3 months. This happened after months of strict dieting, where Carol gave up her favorite foods in order to win a trophy.

After seeing how much weight she’d gained, Carol couldn’t believe it. From here on, she became ‘obsessed’ about losing weight, which led her to develop an eating disorder. This would spiral out of control if it wasn’t for Carol’s nutritionist, who helped her get back on track with her diet.

Ever since then, Carol has been using her story to show others the benefits of the fitness lifestyle, but also its ‘dark side’ when taken to the extreme. 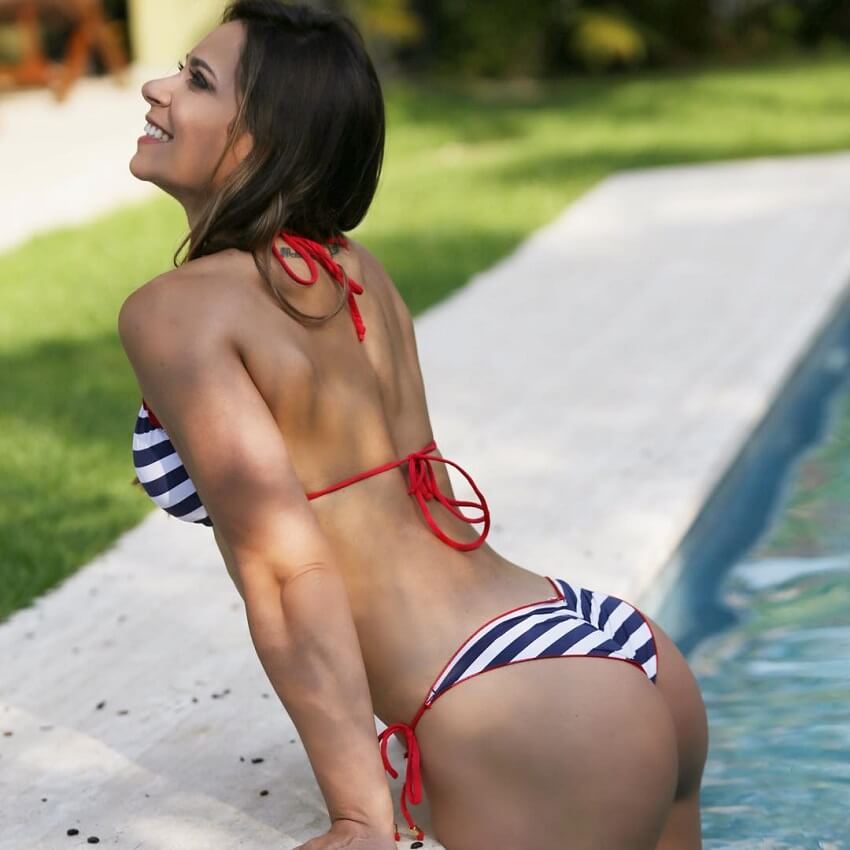 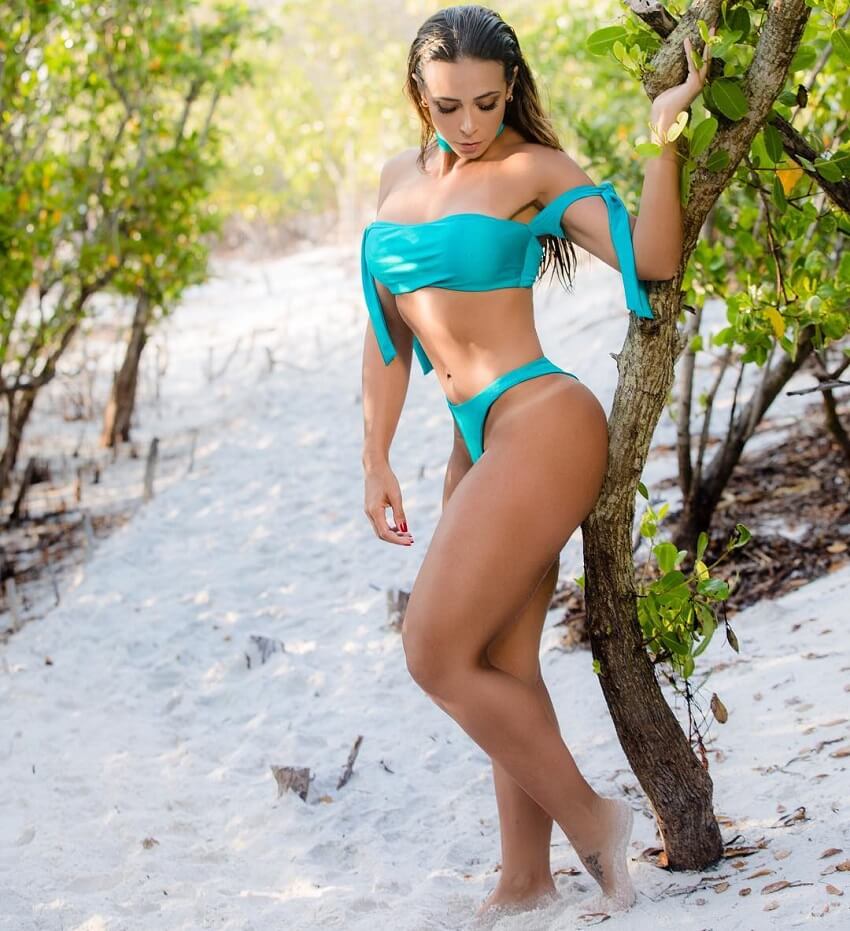 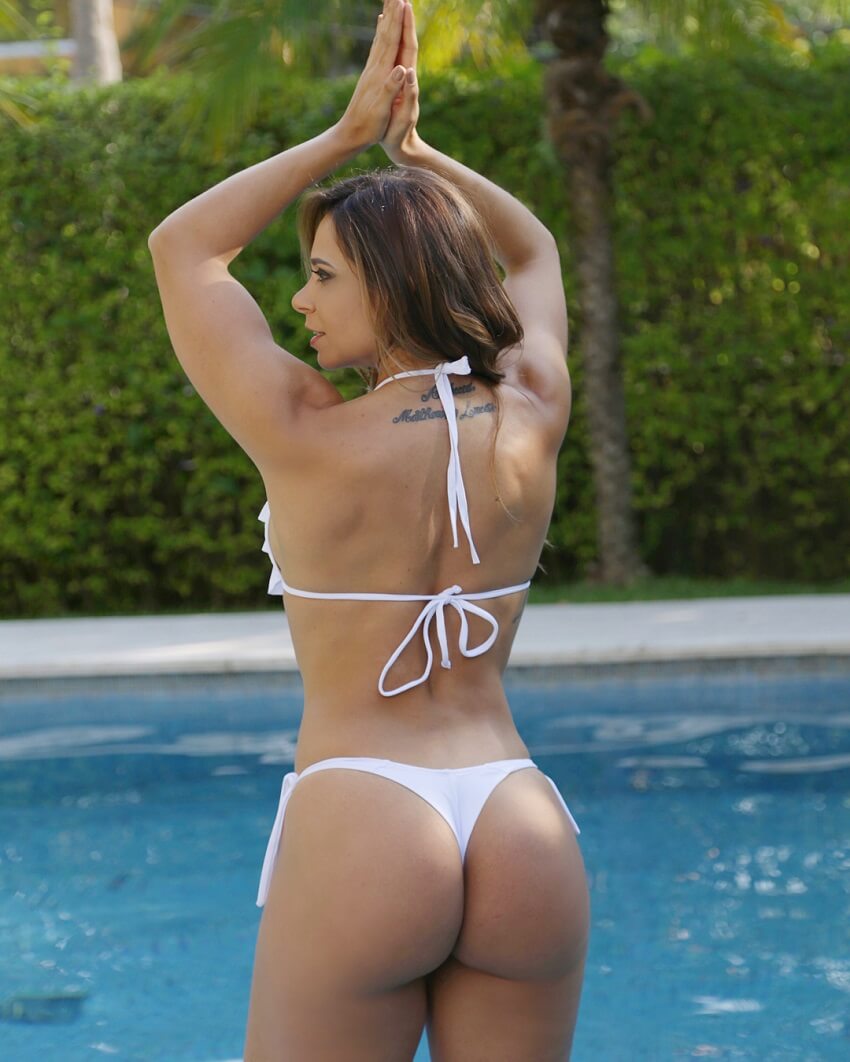 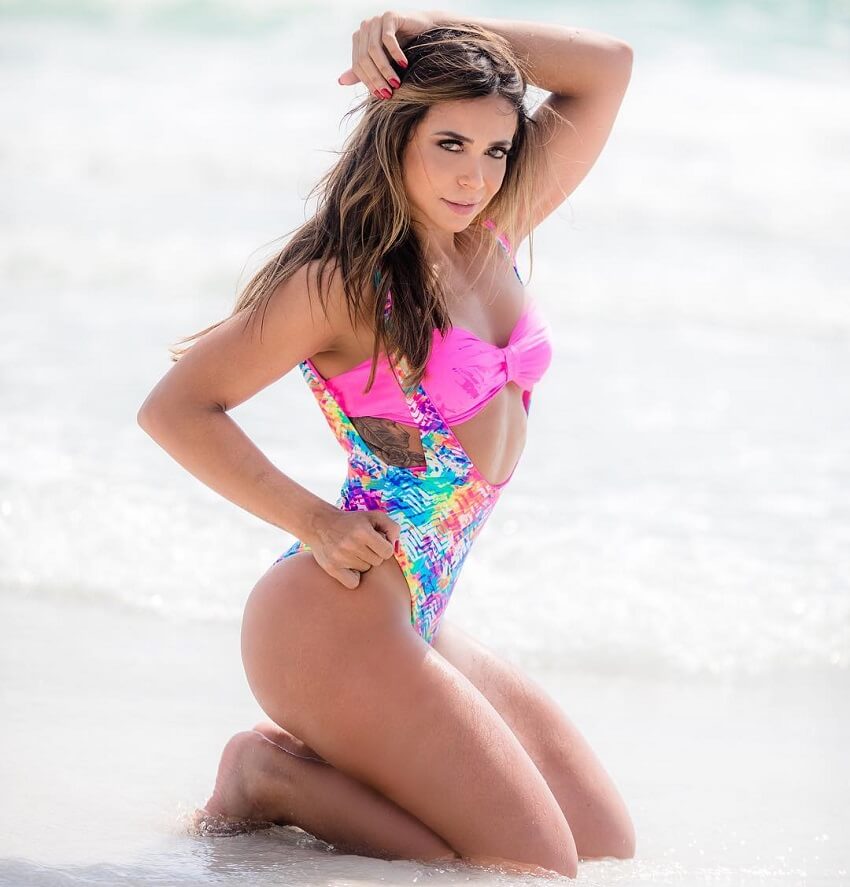 Carol Porcelli trains 4-5 days per week to keep a fit physique, but doesn’t have set days for what she’ll train; instead, she prefers to change things up to avoid doing the same routine over and over.

Carol does cardio a few times per week if she wants to speed up the fat loss. Otherwise, her workouts consist of just strength exercises.

Among Carol’s favorite body parts are her legs, however, she works just as hard on other muscle groups too. This allows her to achieve a perfectly balanced physique. 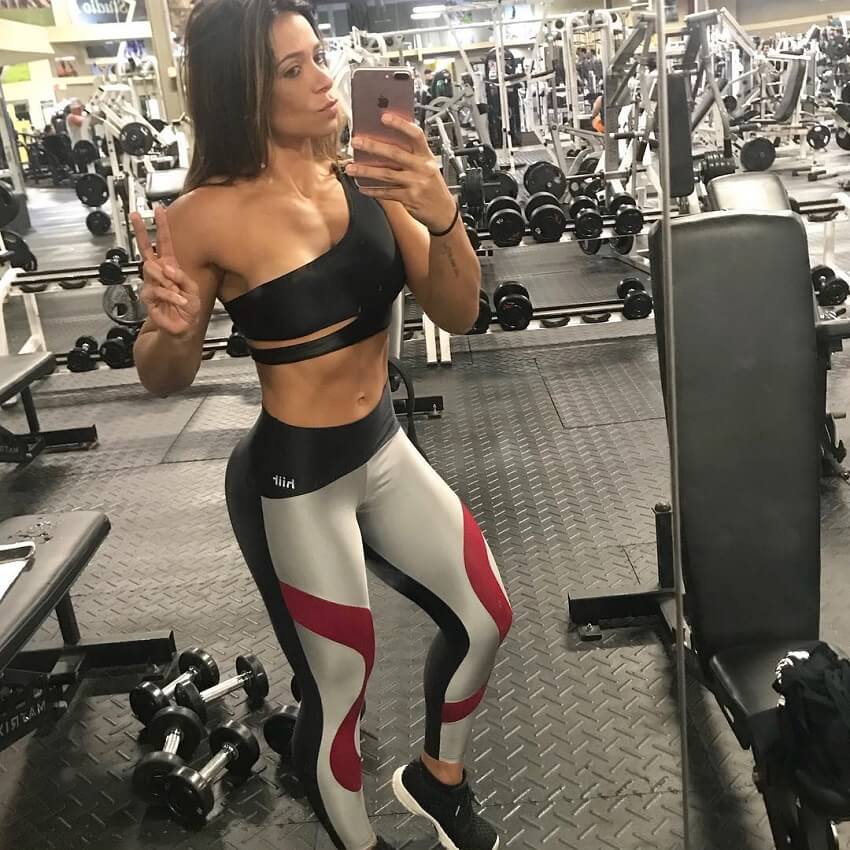 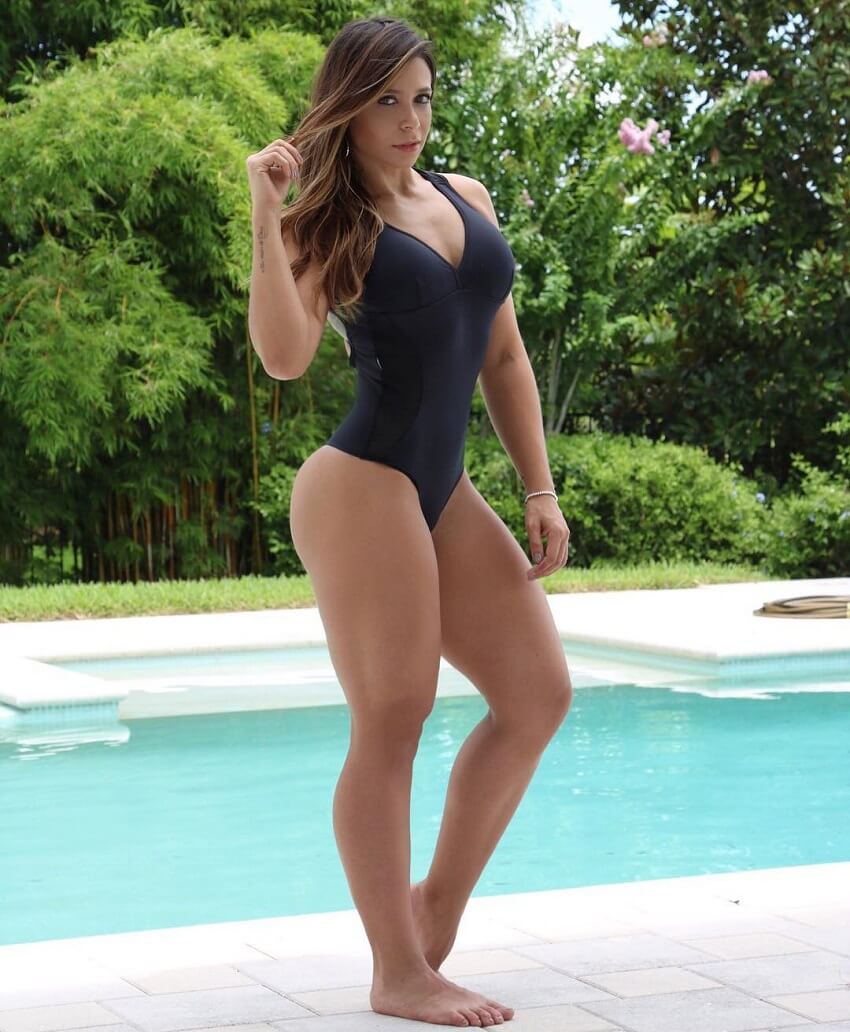 Carol has learned a lot about her body when she battled her eating disorder. She found that while eating clean is important, she won’t restrict herself to the extreme where she feels guilty if she eats something not-so-healthy.

Nowadays, Carol’s diet consists of foods like chicken, vegetables, and brown rice, with an occasional cheat meal to keep herself happy. 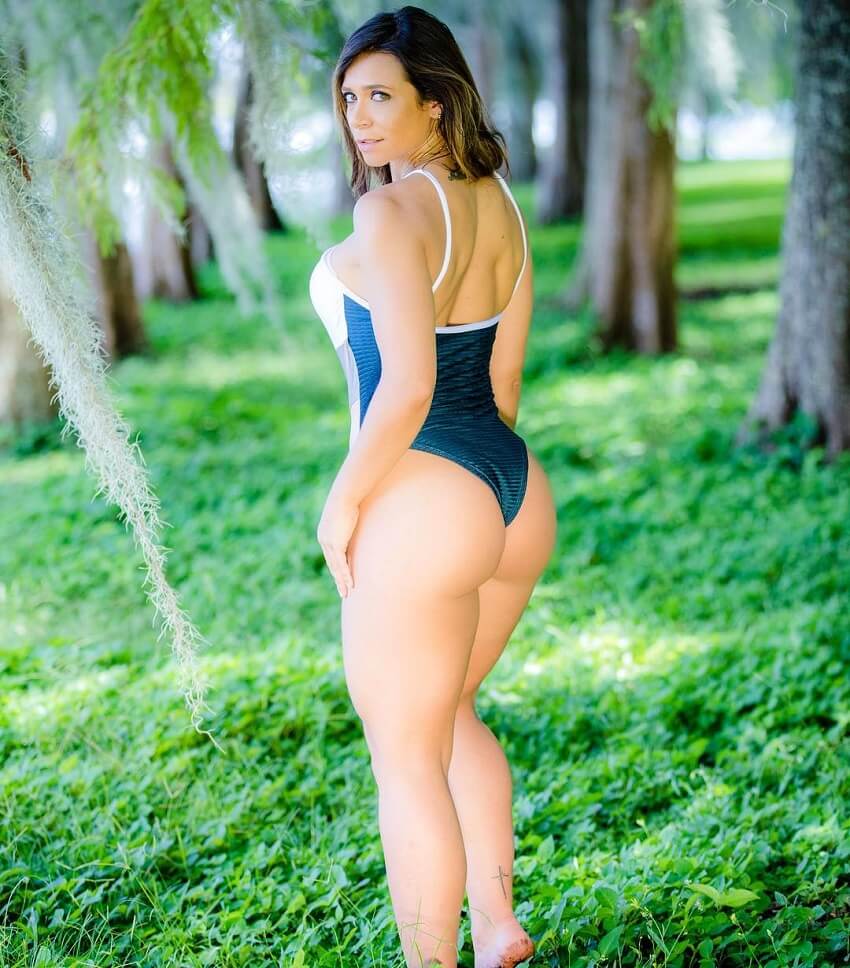 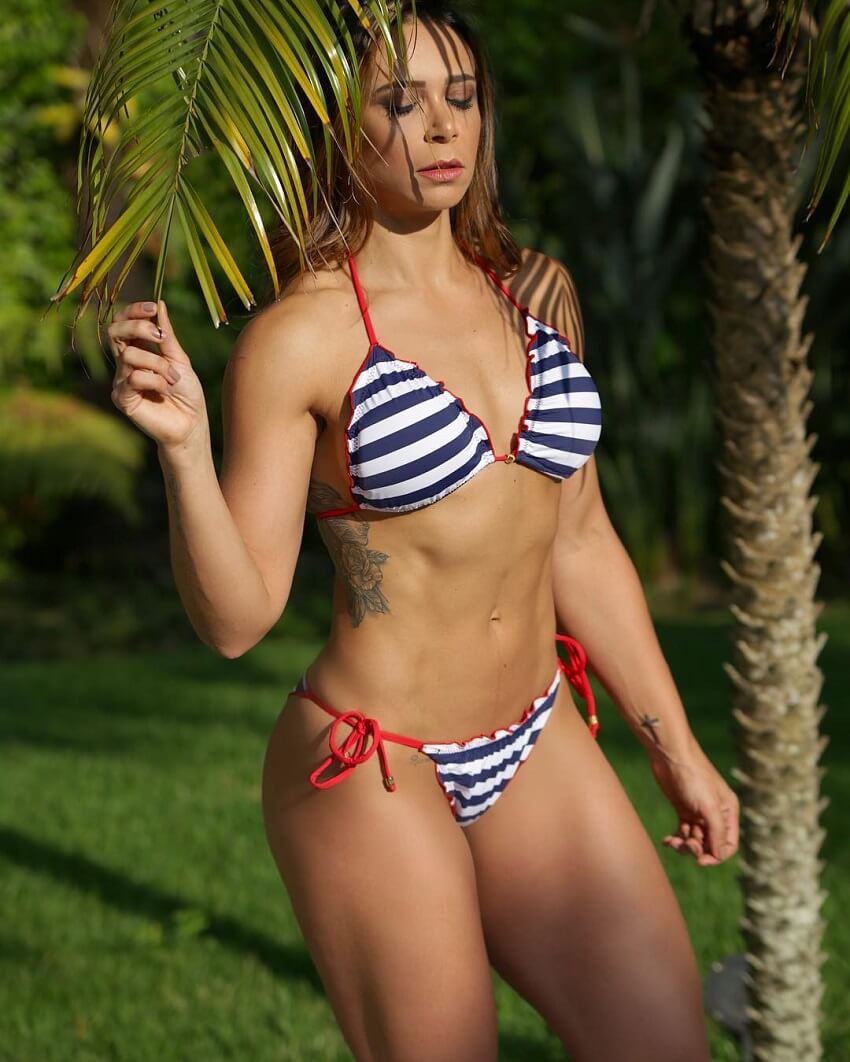 What we can learn from Carol Porcelli

Carol Porcelli has learned how to eat healthily the hard way. After gaining 10 lbs in 3 months, she went on a dieting ‘crusade’ where she restricted her food intake to the extreme. Unknowingly, she created an even bigger problem with this – an eating disorder.

But then, after meeting with her nutritionist, Carol faced a rude awakening. She realized that restricting food from her diet is not the solution for her goals. Instead, Carol adopted a healthier meal plan, which allowed her to regain her fitness and health over time.

If her story teaches us anything, it’s that you shouldn’t chase perfection. Instead, take a balanced approach to life – this will make you into a happier and more driven person.