Candice Keene is a highly accomplished IFBB Figure Athlete. She’s also the owner and proprietor of a company that caters to making high protein cakes, alongside being a renowned fitness model from America.

Candice eventually hit the IFBB’s Olympia stage in 2014 and placed 2nd in her category. She returned back to the Olympia stage in 2015 and took 5th place. Candice is a self-motivated individual who lives for fitness and nutrition. She continues to compete in bodybuilding shows while gracing the covers of plentiful fitness magazines. 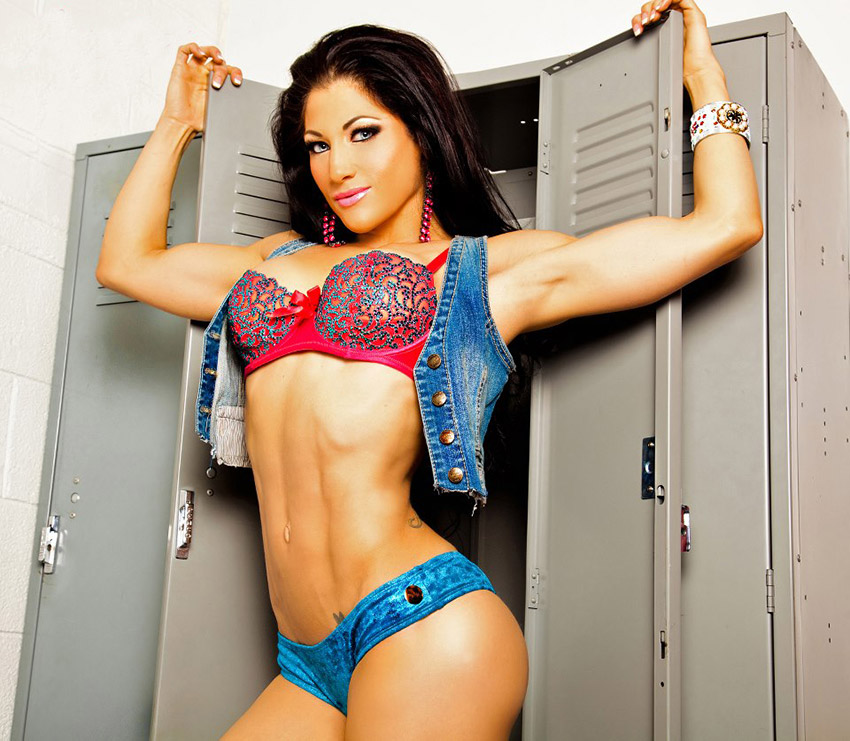 “Just within two weeks of stepping on stage I realized I’d found my passion and have been competing nonstop since.” 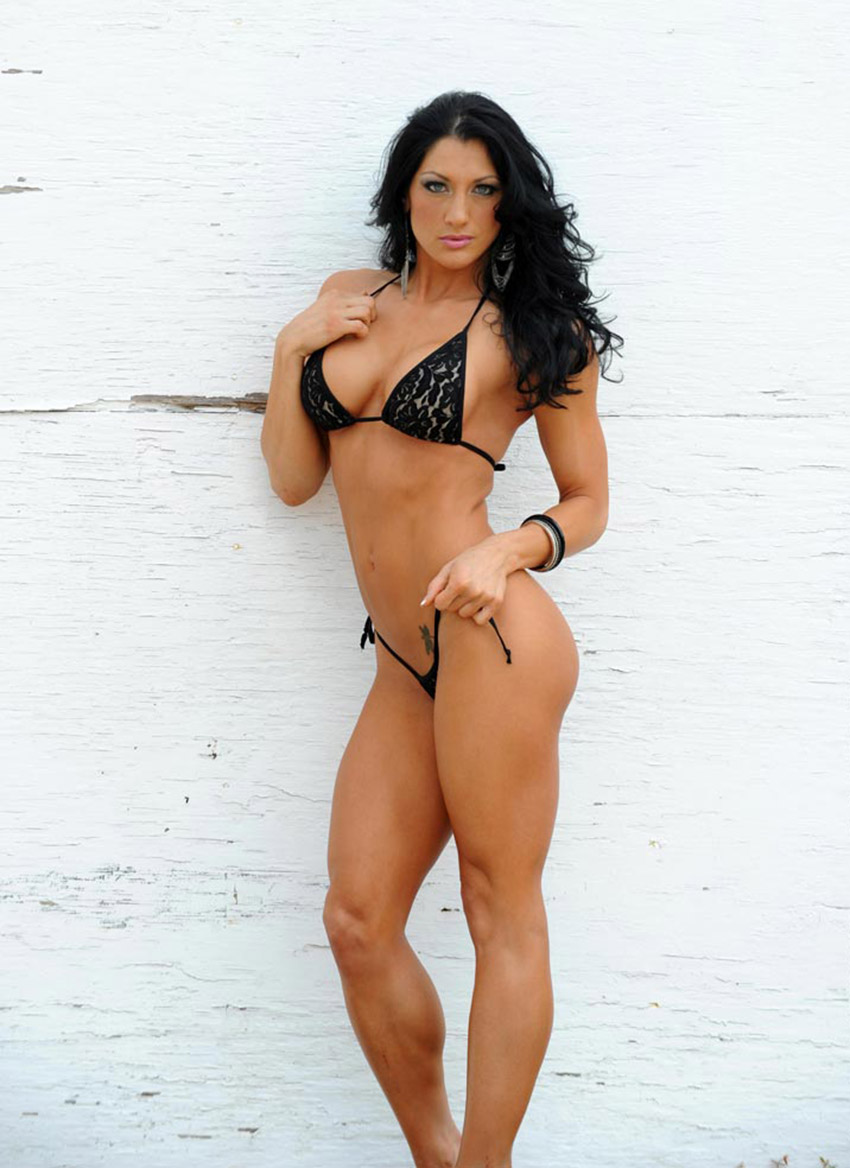 “Stay CONSISTENT in your training and eating habits and be PATIENT!” 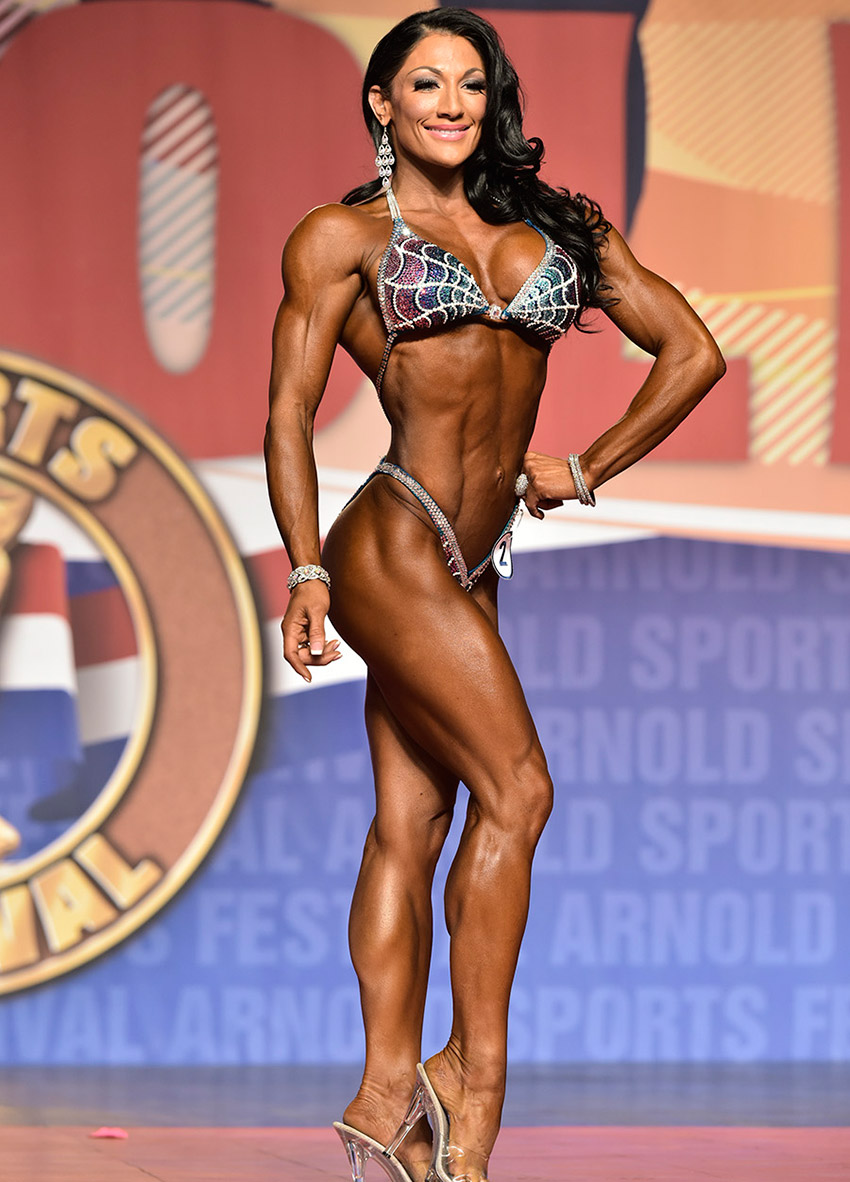 “My motivation comes from within. I know what I have had to overcome and what obstacles I have faced in my life, and that drives me to no end to achieve all my goals in life.”

Candice Keene is an American bodybuilder from Dallas, Texas. Candice only developed an interest in fitness and nutrition around 2005. It was at this time she became a student and found the motivation within to start training.

By 2008, Candice could be found weight training more frequently due to her love of the feeling it gave her. As her interest in weight training grew, she decided more help and guidance could help her get to the next level, so she found herself a coach.

With the extra guidance from her new coach, Candice incorporated specialist training in the form of new workout routines. Candice also started paying close attention to what she ate, and followed a structured eating pattern in order to further improve her physique.

After gaining more experience, and creating a physique worthy of a bodybuilding competition, she decided to sign up for her very first show. It was in 2008 that Candice took the plunge in the NPC All South Bodybuilding, Fitness & Figure Championships.

Before entering the NPC All South Fitness & Figure Championships, Candice admitted she had no expectations going into the event. However, amazingly, she walked away with first place in the Figure Class, as well as the overall title.

With the Nationals only two weeks away after her first win. Candice decided, with the help of her trainer, that she wanted compete.

While prepping for the finals she carried on with her full-time studying alongside her intense weight training schedule. After two weeks of fine tuning her diet and training intelligently, Keene managed to place 1st where she earned her pro status at the NPC National Bodybuilding & Figure Championship Nationals.

This solidified her passion for competitive bodybuilding and her place among the the top figure competitors in the sport. From that moment on, she became hooked on setting goals and making them into a reality.

In 2010, Candice set her sights on the prestigious IFBB Olympia and secured 9th place. She returned in both 2012 and 2013 for the IFBB Olympia Weekend and came 3rd place in both events.

January 2017 is when Candice give birth to her son, and for the first time, she became a mother. Which presented a whole new challenge, and accomplishment to her list of achievements in life.

Keen continues to train hard in the gym, where she represents just what can be achieved with hard work and dedication to the any discipline in life. 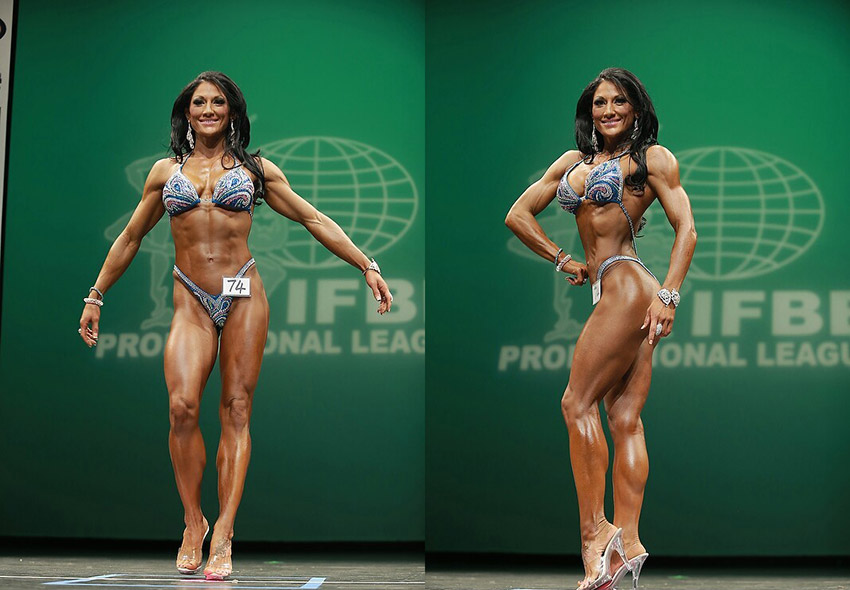 “I am a firm believer that the body follows what the mind tells it to, consciously or unconsciously. It is important to keep the end result of your desired goal in your mind free of doubt.”

Candice likes to break up her body parts and train a different one every day. This enables her to focus on that particular muscle group with more intensity. Candice also likes to include different plyometric exercises between her sets which enables the use of her stabilising muscle, along with improving her core development. She also trains legs twice a week.

Candice’s favorite body part to train is back. An example of her back routine looks like this: 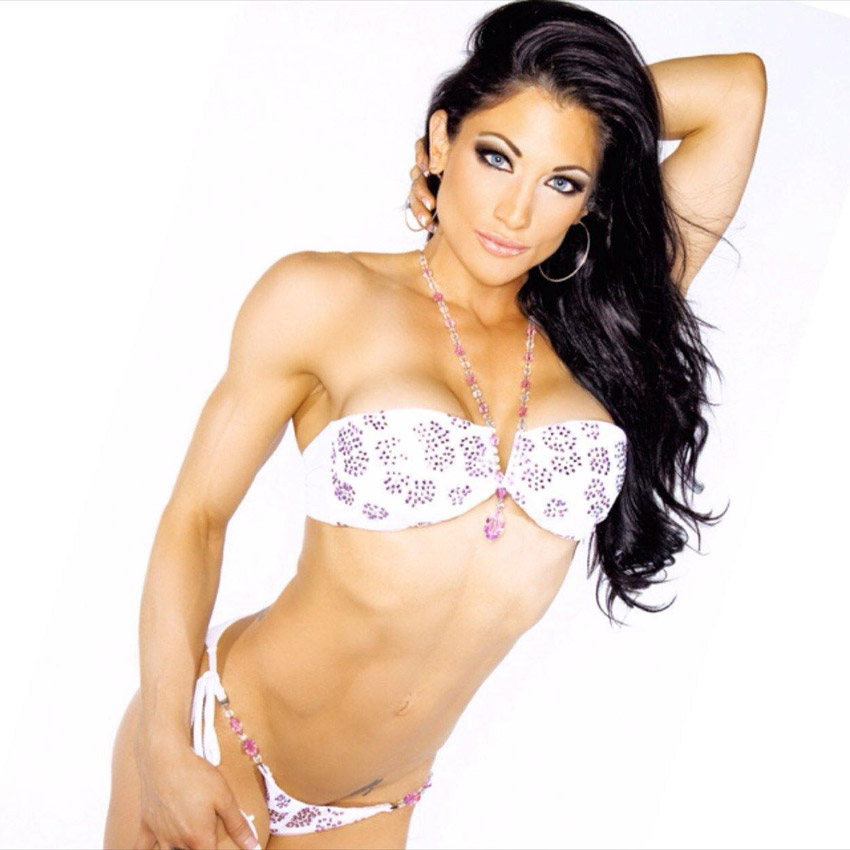 “Focus on the end result, and most importantly to believe in yourself.”

Like a lot of professional bodybuilders, Candice enjoys six structured meals a day, including 25-30g of lean protein in every meal. Which helps her to recover from workouts and grow new muscles.

Her protein comes from:

Her carbs come from:

A typical day of food for Candice

Candice usually cycles her carbs to keep her body fat low. She understands that her body likes the constant change. She incorporates her carbs into her first 2-4 meals of the day, which includes only complex carbs.

Her favorite carbohydrate is oatmeal. Candice also eliminates dairy and eats minimal fruit up until 6-8 weeks out from a contest, which further improves her lean physique.

If she does eat fruits, she opts for the lower glycemic choices such as apples or berries. In regards to fats, she supplements with fish oil capsules as well as organic unrefined virgin coconut oil. All in all, Candice knows the importance of a well balanced diet to achieve the results of a Pro bodybuilder. 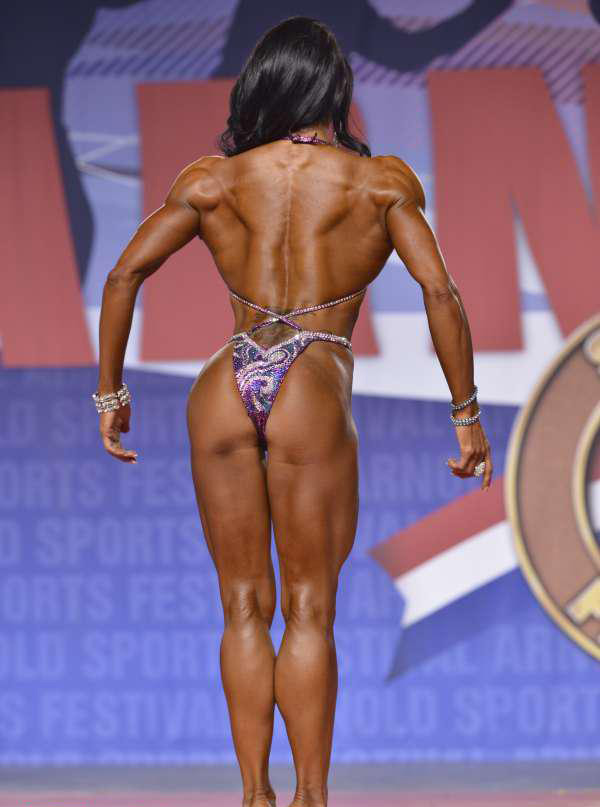 “I know exactly what it takes and how hard it can be sometimes, so kudos to all my fellow bodybuilding/fitness peeps.”

Candice is a very self-motivated individual. Her drive and determination comes mostly from her passion for eating healthy, and her love of training. Candice’s main inspiration for bodybuilding, since the age of 17, has been Figure Pro Monica Brant. Candice also admires Mandy Blank, Jennifer Nicole Lee, and Jamie Eason.

Candice also refers to Erin Stern as her ‘figure sister’ as she inspired Candice since the day they met. The pair went on to win their Pro cards together. 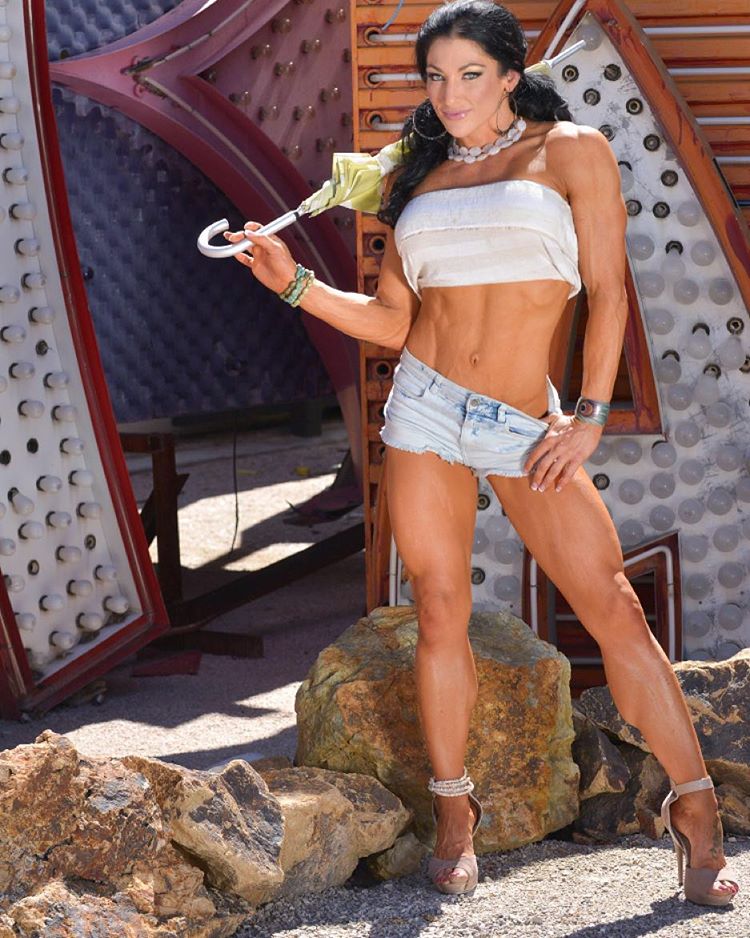 “In regards to food, my body likes constant change.”

What we can learn from Candice Keene

Candice Keene has a natural love of training, nutrition and healthy food. It was these genuine interests that laid the foundations for her transform into a physique competitor, and the award-winning Pro IFBB model she is today.

Candice is the perfect example of someone who stops at nothing until she’s achieved her goals. Persistence and consistency is the key. Keep setting yourself new goals and keep moving forward is Candice’s ethos.