Ashley Nordman is an American figure athlete, fitness model, and CEO of her online company. She rose to fame by posting informational content on the web, including workout pictures and videos.

Growing up, Ashley was an athlete from an early age, taking part in sports such as soccer and cross-country running. However, even though she trained a lot, Ashley weighed only 45kg at 168cm of height.

Frustrated with this, she eventually left sports behind in order to focus on weightlifting. Ever since then, Ashley’s gone on to build an amazing physique, along with making her name in the industry as a respected fitness coach. 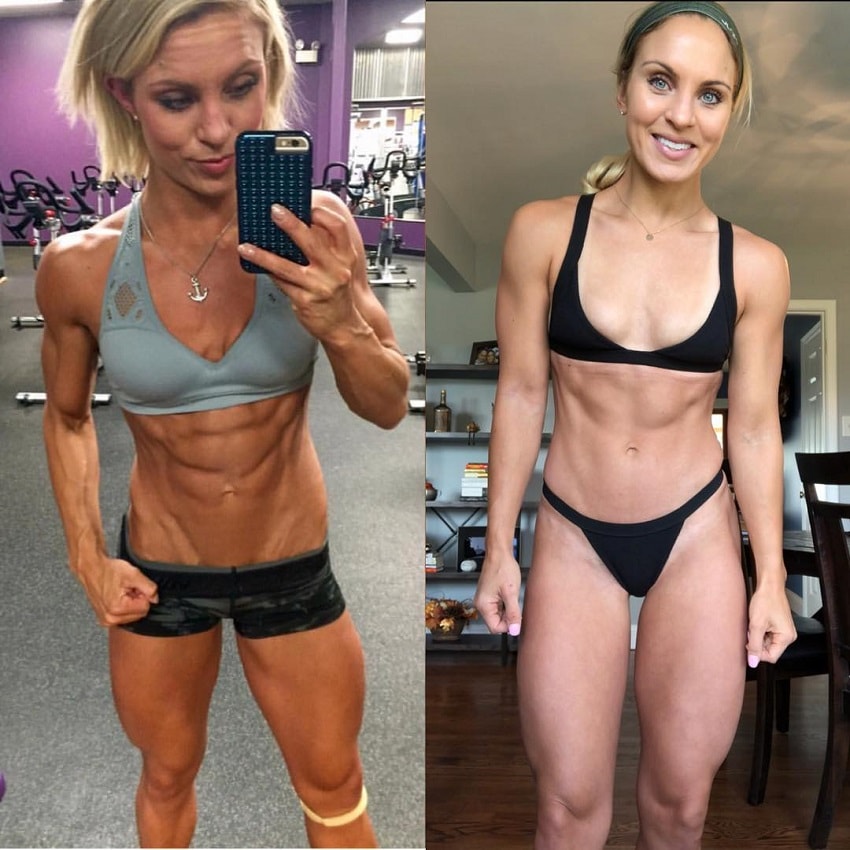 “My journey as a trainer began at the gym just like many other fitness experts. But after a few years, I attended the Institute of Integrative Nutrition and became a certified online health coach where I learned how to help people have a healthier and more balanced life!” 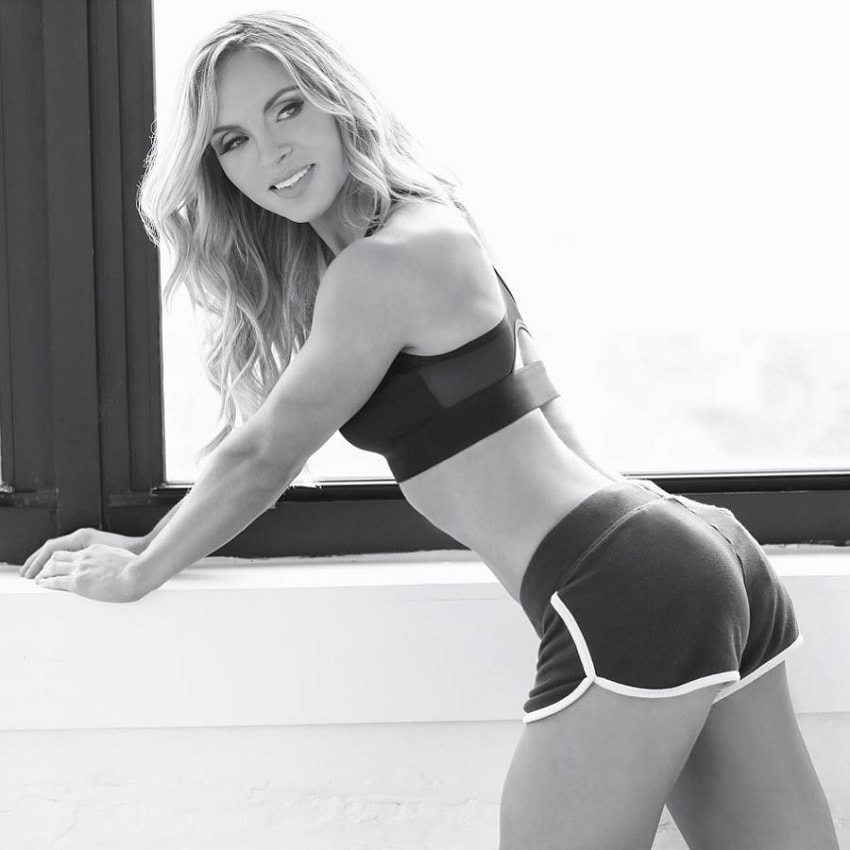 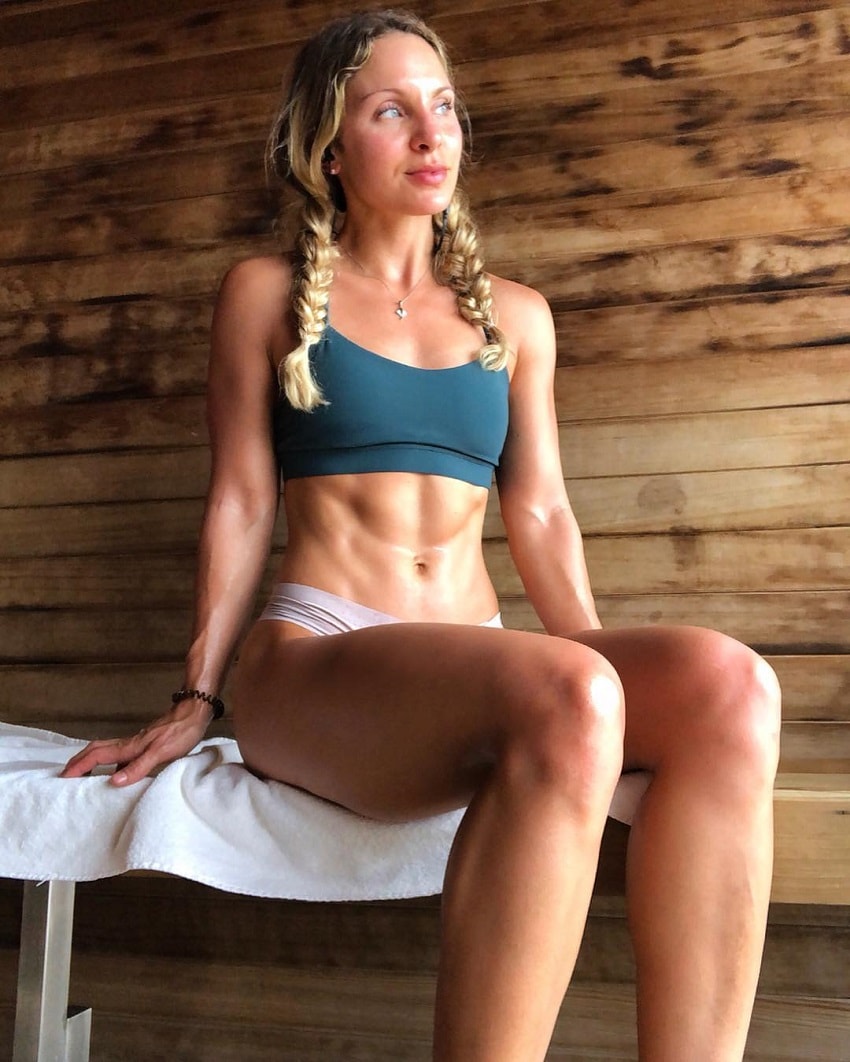 Born and raised in a small town close to Chicago, Ashley Nordman was a sports enthusiast from her youth. Some of her favorite activities were soccer, track, volleyball, and softball.

This was a period during which Ashley built the foundations for her fitness career which she later started.

“Growing up, I played anything from Soccer to Volleyball to Track and Field. I was a tomboy as well, so getting sweaty and dirty was all I knew.” 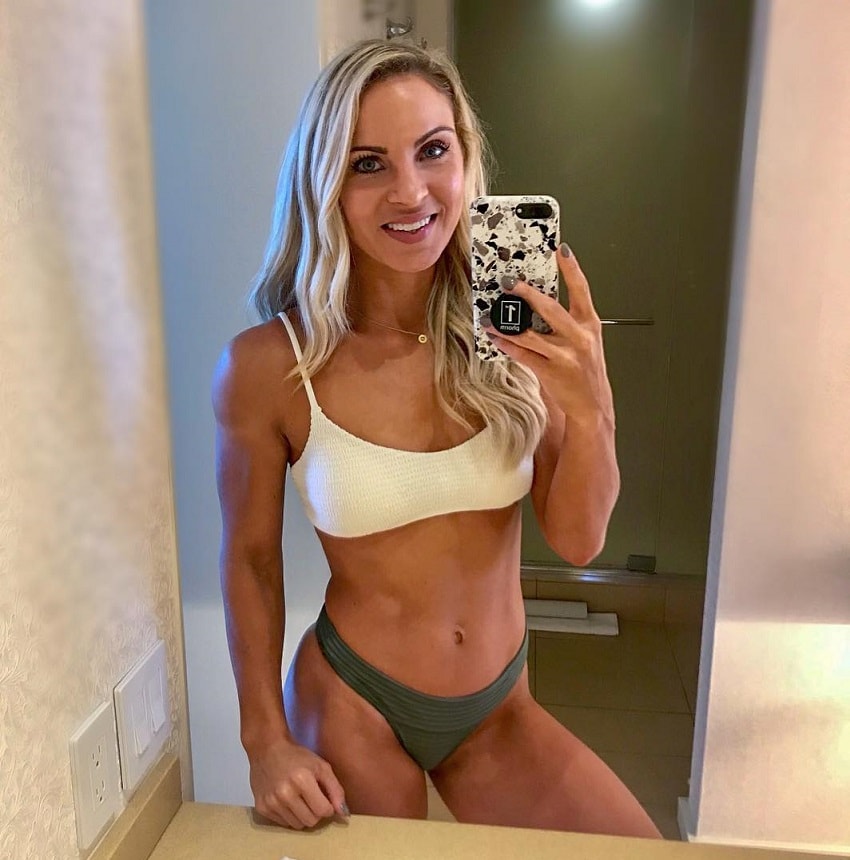 During her time in high school, Ashley made her name as an excellent track & cross-country runner. She took part in races such as the championship of Illinois, and could run 16 miles per day.

However, even though she was in great form, Ashley didn’t really look like she wanted. She weighed 45kg at the height of 168cm.

This was something that didn’t sit well with Ashley, and was what ultimately led her to start her weightlifting journey. 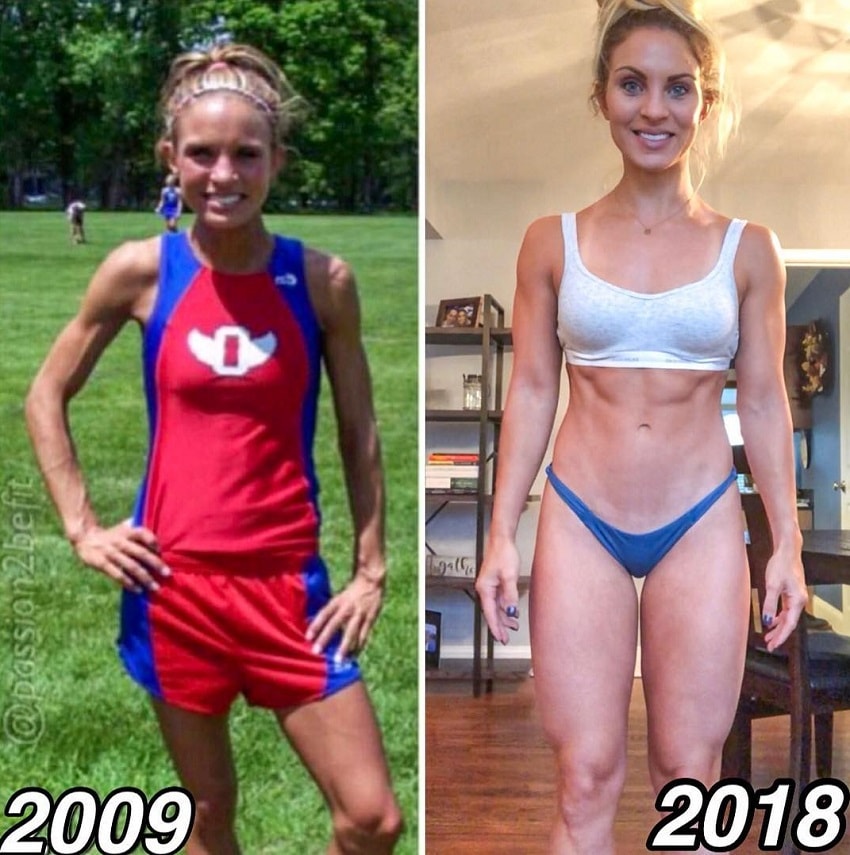 After high school, Ashley went on to study for a degree in marketing and advertising. At the same time, she stopped running races, and instead, started training in the gym.

Although Ashley had a lot of experience in sports, she didn’t know much about lifting weights. But this soon changed once she began reading articles on training and nutrition.

“When I went to college, I decided that it was time for something new. I did research and read about all of the great benefits that came from weight lifting, which was something I had never really done before. So I started going to my university’s gym and lifted weights daily, and I quickly fell in love.”

In addition to researching fitness articles, Ashley also studied other bodybuilders at her gym, aiming to create the best workout plan for herself.

Slowly but surely, she started learning what works for her and what doesn’t. After a few months of training, Ashley already looked much more aesthetic than when she started her journey.

This progress, coupled with Ashley’s competitive nature, spurred her on to compete in bodybuilding shows. In 2012, Ashley took part in her first show and won it the same day.

After this, Ashley’s career as a competitor took off. From here on, she kept competing on a regular basis. 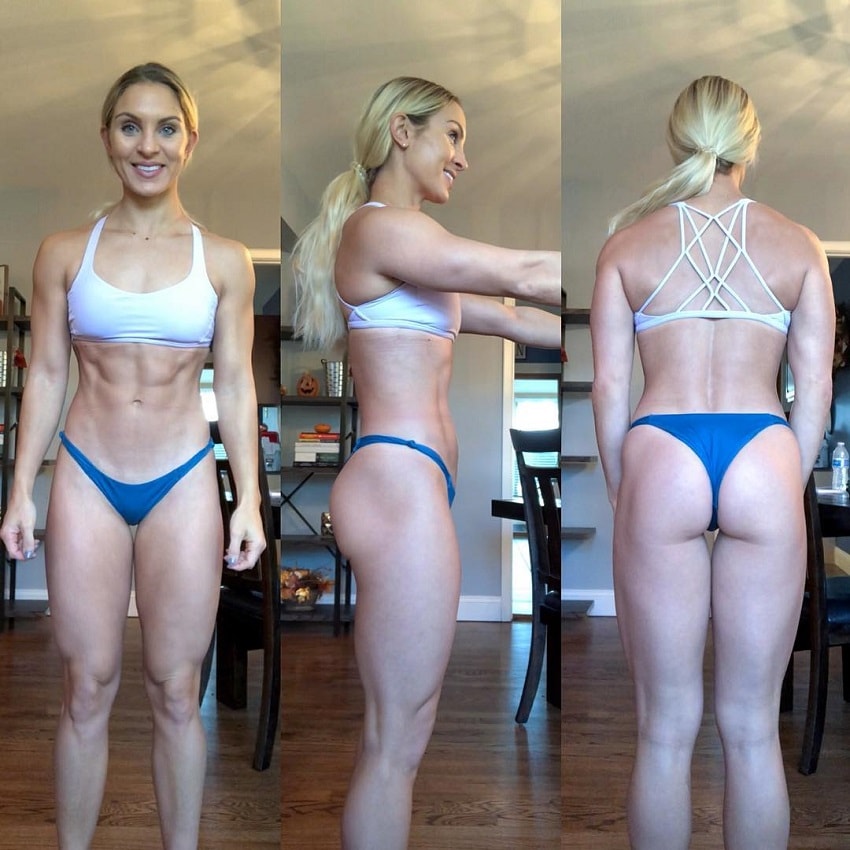 After her college days came to an end, so did Ashley’s career as a competitor. At this point, she realized she had enough of the competitive lifestyle, which was draining her both mentally and physically.

In time, Ashley returned to her hometown and began working on her new dream – becoming a fitness model and online coach.

Every day, Ashley worked hard advertising her services as a health coach and fitness trainer. Over the years, she successfully made her goals into reality and is now a fitness expert with a huge online presence.

“When I graduated college with a business degree, I wasn’t sure what I was going to do as a career. But my heart eventually pushed me to pursue something that I have always loved, which is health and wellness. I am now a personal trainer and absolutely love what I do.” 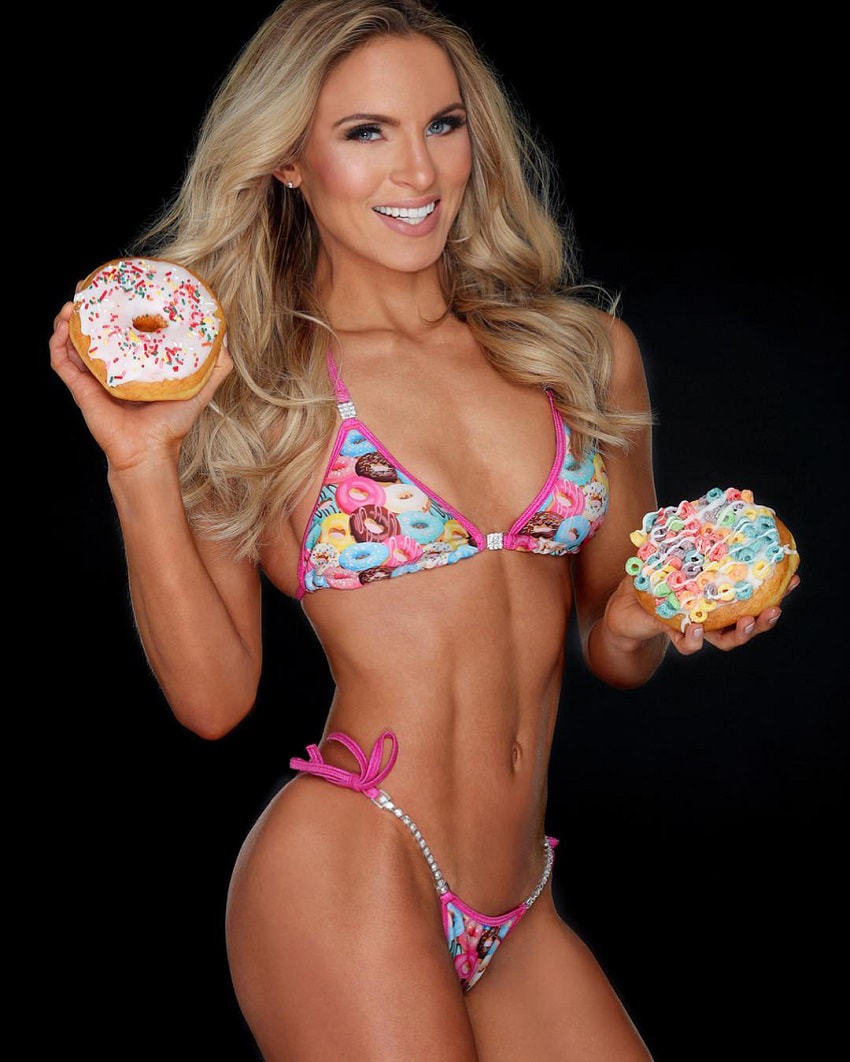 Ashley Nordman trains each muscle from a different angle with a wide range of exercises.

However, Ashley doesn’t lift as heavy as she can. She prefers to focus on the quality of the repetition, instead of quantity.

When training her lower body, Ashley’s goal is to isolate legs and glutes without putting stress on other body parts – such as the lower back. This way, she’s able to focus on a single body part, in addition to reducing the chance of an injury. 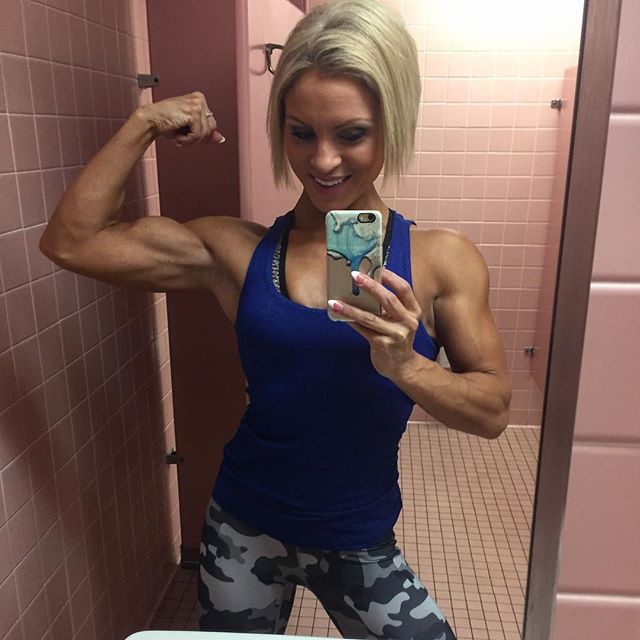 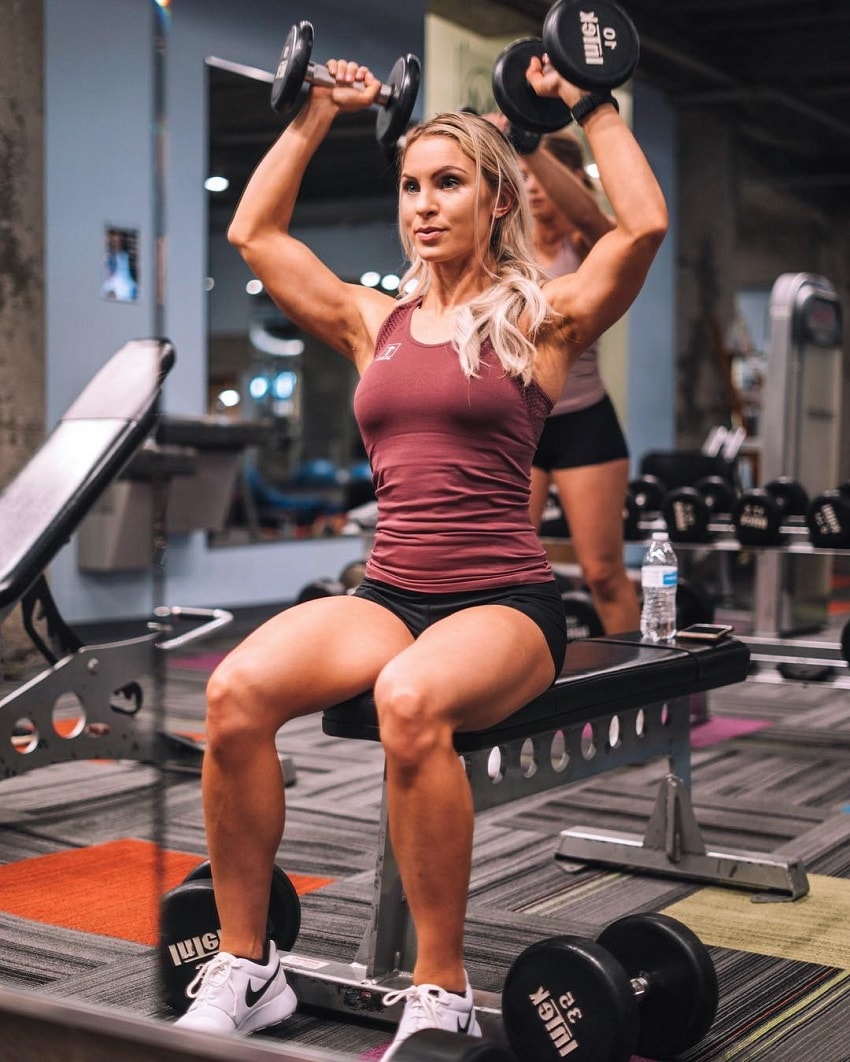 “Thigh fat is a good sign. It means you have enough estrogen and that your hormones aren’t too suppressed. As women, we tend to carry fat around our thighs and under our butts because of good ol’ estrogen.”

“I firmly believe that inflammation is the root of all disease. And most of this inflammation comes from our diet and our guts! Because of this, the first step towards tackling inflammation involves dietary changes, and focusing on gut healing!”

For this reason, she often makes foods with ingredients that suppress inflammation. Here’s an example of her favorite anti-inflammation smoothie; 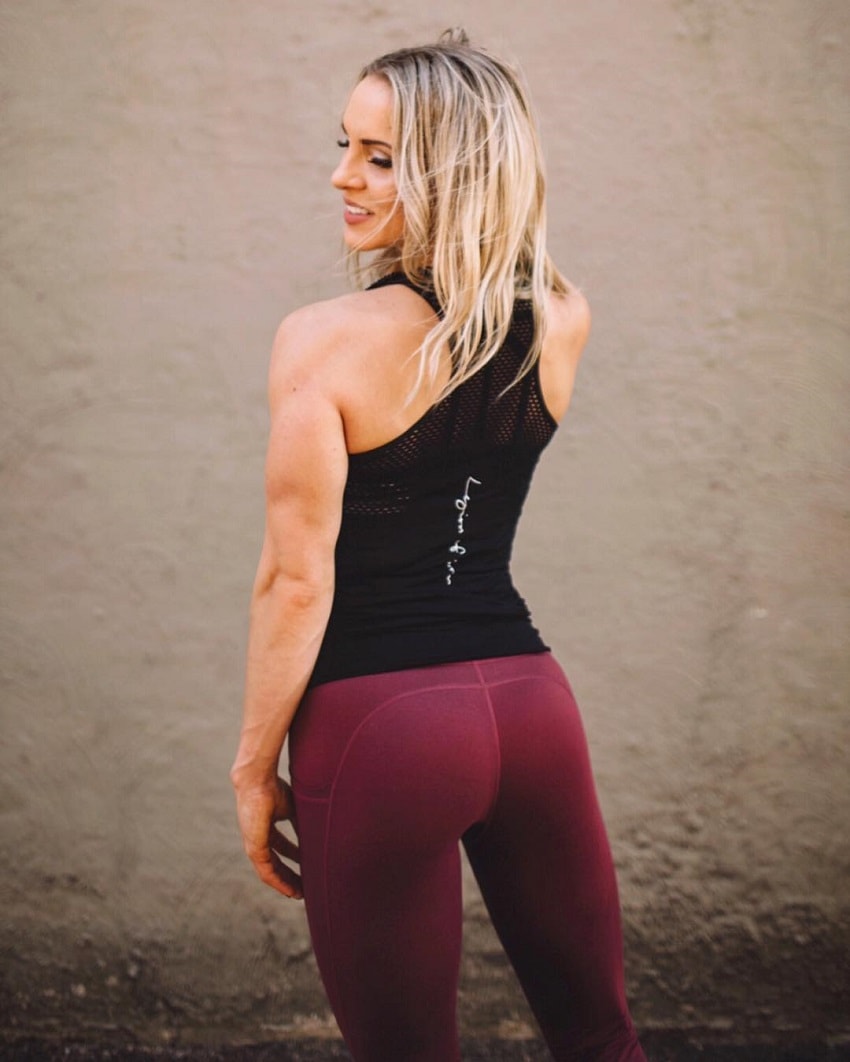 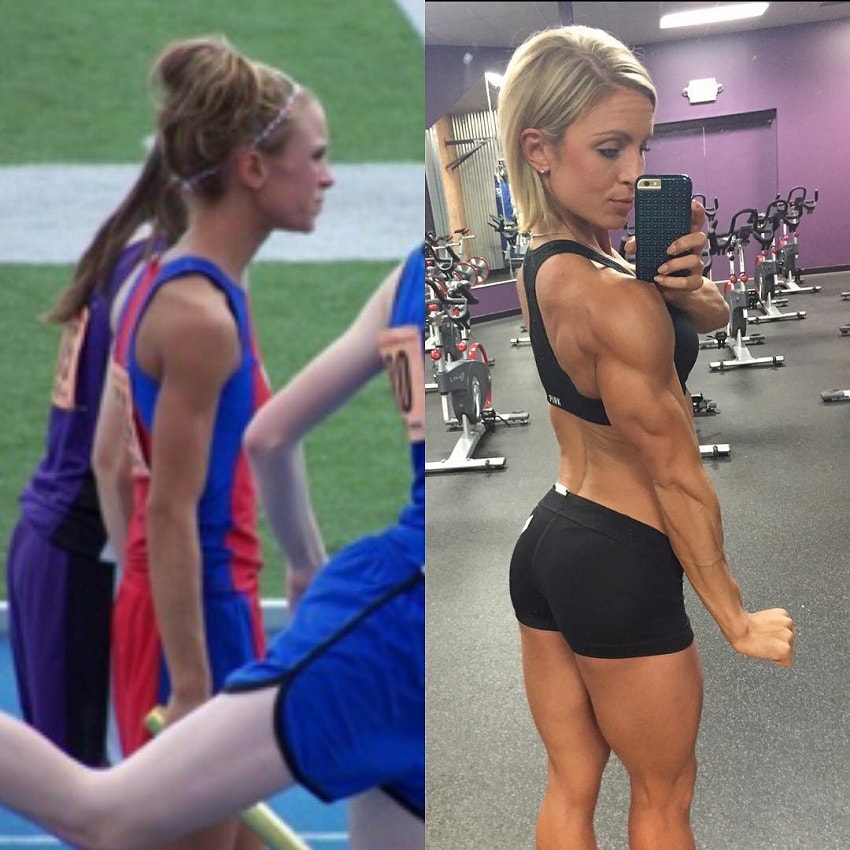 “Eating at a caloric deficit means that you need to be consuming fewer calories than you burn daily. So one easy way to figure this out is to track everything you eat over the course of a few days, see where your intake is at, and then slightly reduce your calories.”

What we can learn from Ashley Nordman

Ashley Nordman loved staying active since her early youth, however, she later started training in order to improve her figure even further.

Even though she faced many obstacles, such as mental and physical fatigue from constant training, Ashley never gave up. She kept her ambitions alive, and in the process, grew into a stronger individual.

If you want to make your own fitness goals a reality, then reading Ashley’s story can give you the inspiration to make it happen.