Anna Victoria is a personal transformation coach and fitness star from the United States of America. Although she’s now famous for her healthy and fit figure, Anna’s early life looked completely different.

She grew up being unaware of the importance of a healthy diet and regular exercise. Anna led a sedentary lifestyle without caring too much about her food choices. Ultimately, this led her to develop some health problems during her early 20s. Anna’s problems got worse over time, as she became unable to lead a normal everyday life.

Eventually, Anna realized she had two options. She could either continue living the way she did up until then, or change her habits and become healthier. Ultimately, Anna set out on changing her life for the better. She joined a gym and began following a healthy meal plan.

Throughout the years, Anna saw great improvements in her body. Not only did her health improve, but she became an all-around better version of herself. Inspired by her own progress, Anna set out on helping others achieve a similar success. She’s since grown into a social media icon, with a follower base that only keeps on growing. 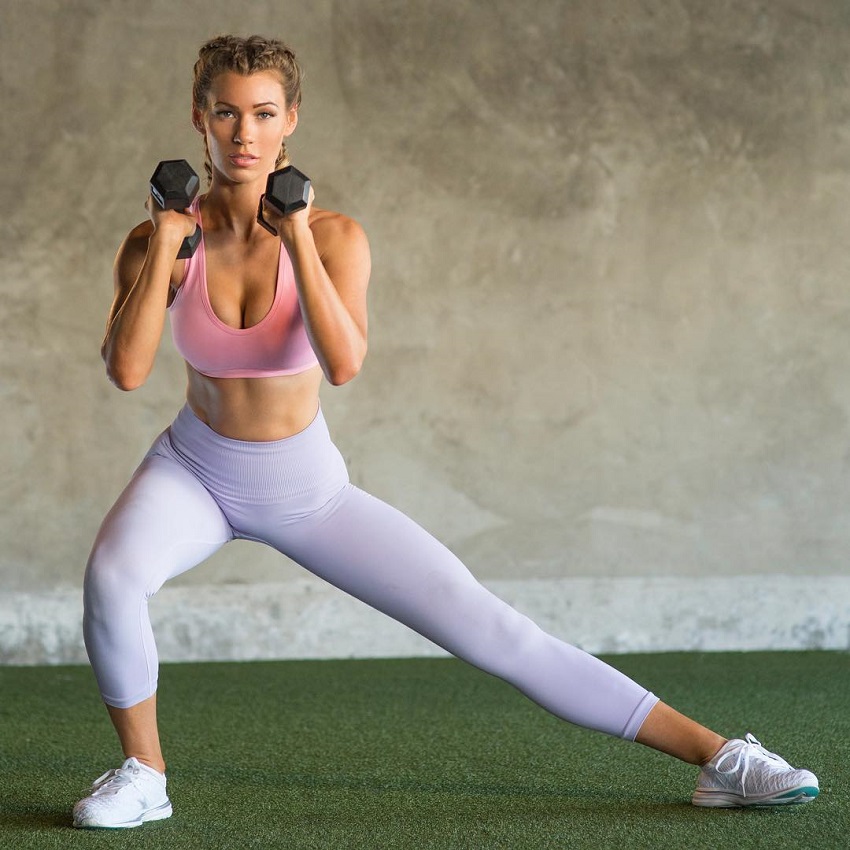 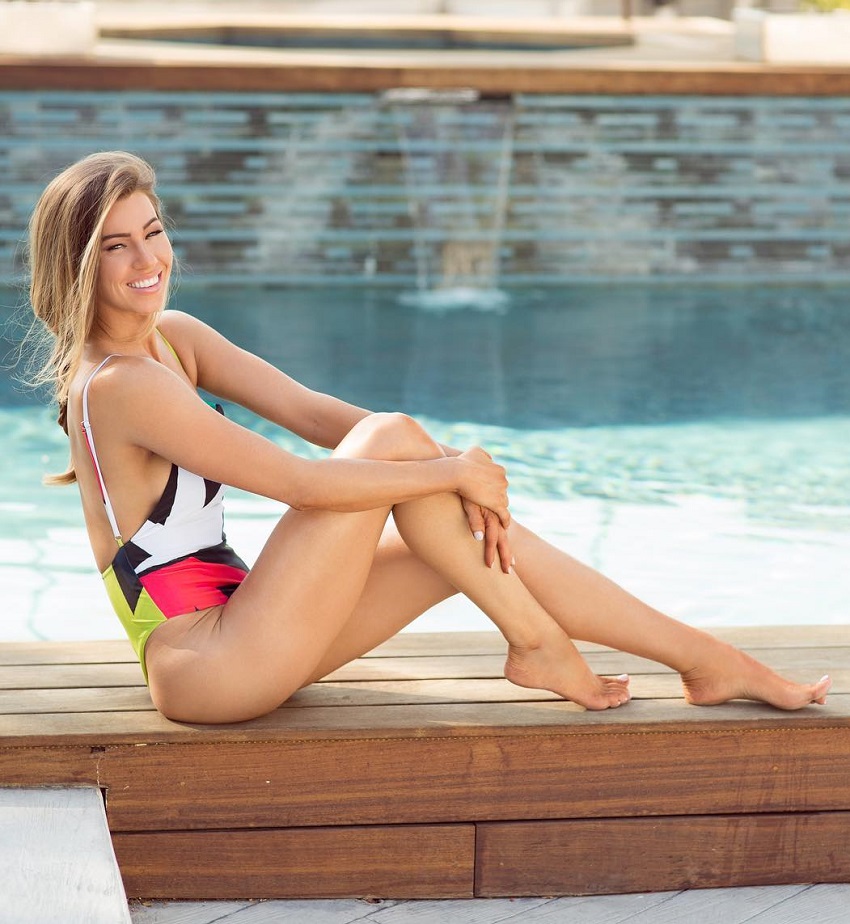 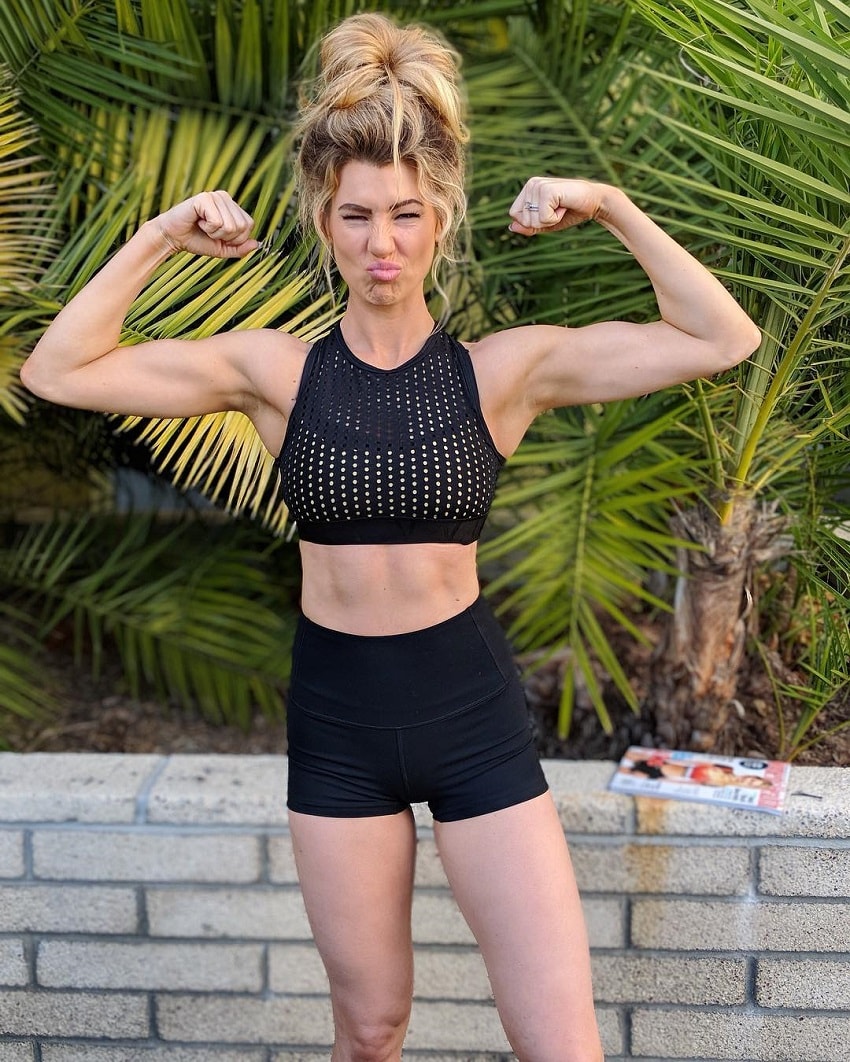 Anna Victoria is famous for her amazing figure. However, she didn’t always look this fit. In fact, growing up, Anna was all but interested in fitness. She describes herself as someone who didn’t know anything about nutrition or living a healthy lifestyle before she became a fitness icon.

In Anna’s words; “To be honest, eating healthy and exercising was the last thing I wanted to do and I was happy with the way I looked! I ate and ate and kept eating even after I was full because I craved the idea of food more than anything, and for as much as I was eating, I was never satisfied.”

Because of her unhealthy habits, Anna developed some health problems by the time she hit her early 20s. Her everyday life began suffering, as her immune system became weaker and weaker.

Eventually, Anna’s health problems reached a point where she couldn’t live a normal everyday life – it was at this moment she realized, something needed to change.

Looking for Solution in Fitness

Anna said; “I began experiencing health problems that required me to either change my habits, otherwise allowing my health to continue to spiral out of control.” Ultimately, Anna decided to take hold of her life and improve her health. However, it wasn’t an easy process. As Anna recalls, she didn’t have any knowledge or information on how to improve her health through lifestyle changes.

But Anna knew, she was either going to learn everything on her own, or she’d end up taking medication from the doctors. This was when she set out on doing whatever it takes to change her health and life for the better.

She began researching the internet about the healthy lifestyle topics. Shocked by the information she learned, Anna realized she needed to completely change her diet and start exercising to improve her health and well-being.

“I became so overwhelmed with all the new information I was learning that was so opposite of what I grew up thinking. I never realized food was supposed to make you feel good, I thought it was for pure indulgence.” 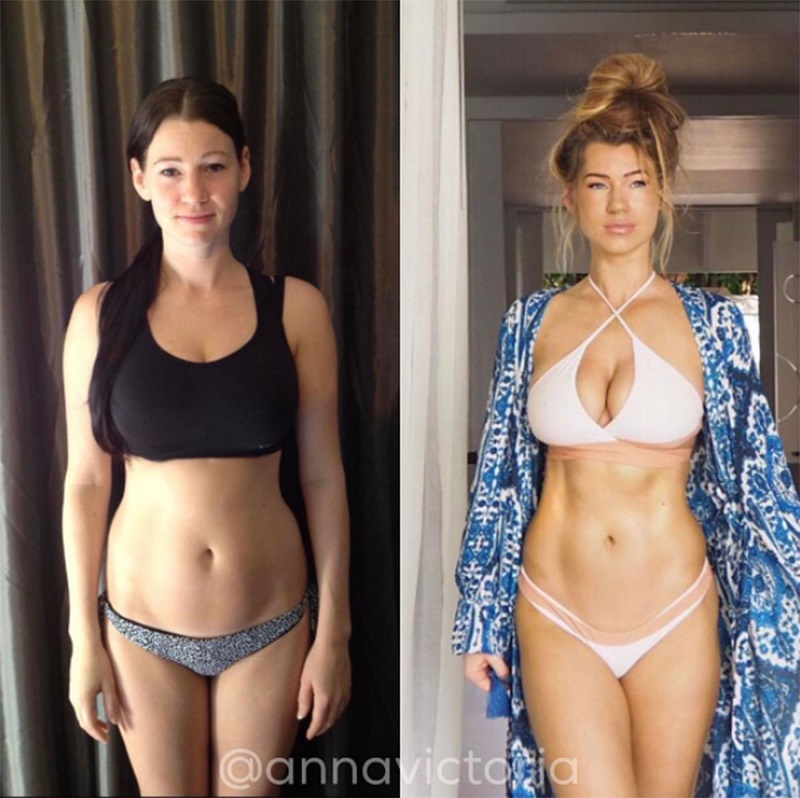 Transitioning from an unhealthy lifestyle to a healthy one was extremely difficult for Anna. She spent years developing her unhealthy habits, which made them ‘engrained’ in her life. But with hard work and effort, she was able to see her transformation through.

“A journey never goes up in a straight line, it’s been a lot of little ups and then big downs, and then big ups and little downs. Setbacks happen on a regular basis but as long as you keep going, they will only remain setbacks, and not anything permanent.”

Thanks to her improved mindset, Anna’s body soon began reflecting her internal change. She looked leaner and more toned than ever. 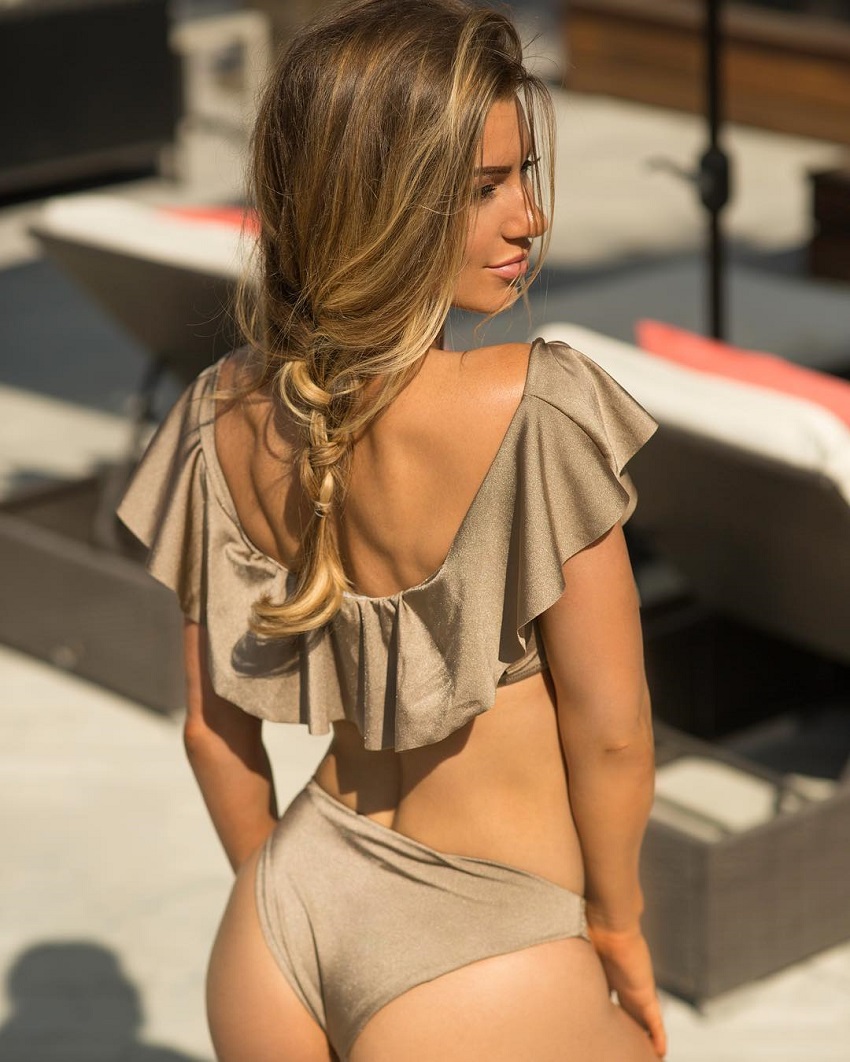 From Helping Herself to Helping Others

Carrying on from her personal transformation, Anna set out on a mission to help others achieve the same. She knew there were a lot of people out there who struggled with similar issues as she did. As a result, Anna did whatever it took to reach out to those people and help them with her fitness advice.

She opened her social media pages where she shared her awesome pictures and fitness motivations. Soon, more and more followers started visiting Anna’s profiles. Eventually, it reached a point where Anna had gathered a small community of fans and followers from around the world.

This community continued to expand over the years, giving Anna the opportunity to share her message with more people than she’d ever imagined. 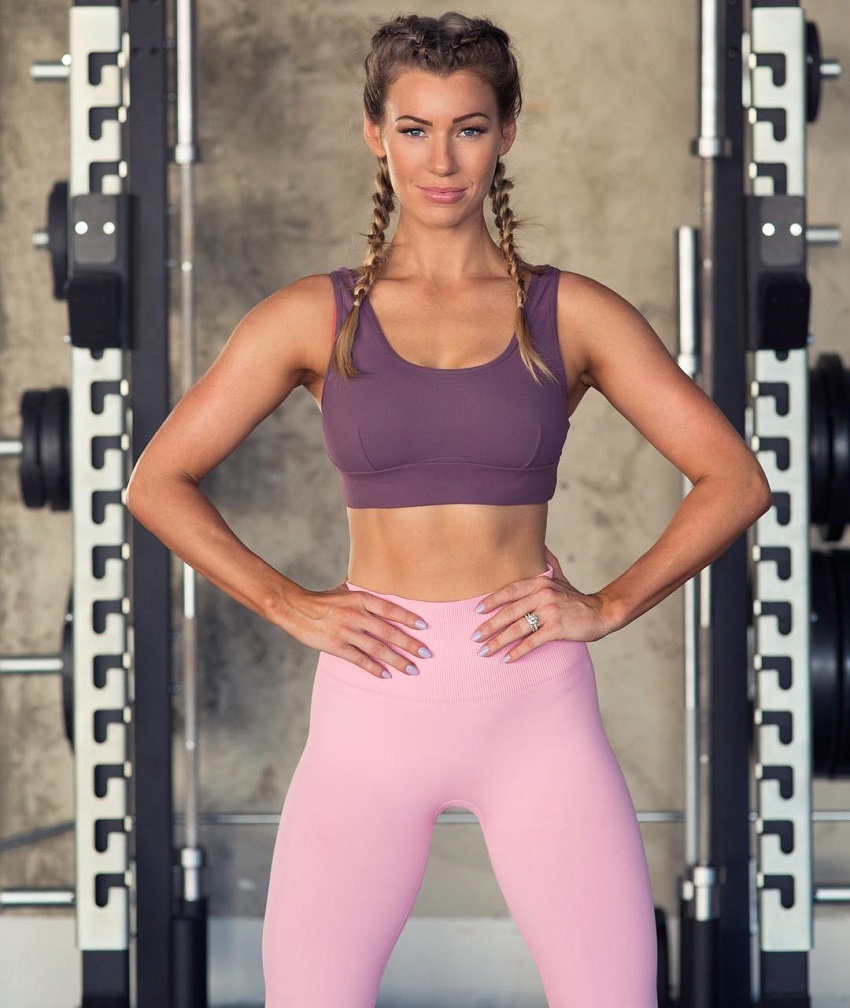 Anna’s favorite exercises are stiff-legged deadlifts and glute bridges. Her glutes, along with her arms and shoulders, are her favorite body part. She tries to establish a strong ‘mind-muscle’ connection in each and every exercise she does. This way, she maximally engages her muscles.

“I love glute bridges and stiff-leg deadlifts. Working my glutes is my other favorite body part to work and these two exercises help me to establish the muscle-mind connection with my glutes (and hamstrings) and really help me feel the burn and push my body to the next level.”

This is the workout Anna performs when she wants to quickly burn fat. It works her entire body, providing a challenge for her metabolism.

Anna performs three circuits in the workout, taking only 30 seconds off in between them. While she’s resting, Anna will drink some water and catch her breath. Once the 30 seconds are over, she moves on to the next circuit and repeats the process three times.

The only equipment she uses is a set of dumbbells. Making this a simple and effective exercise that can be done anywhere. 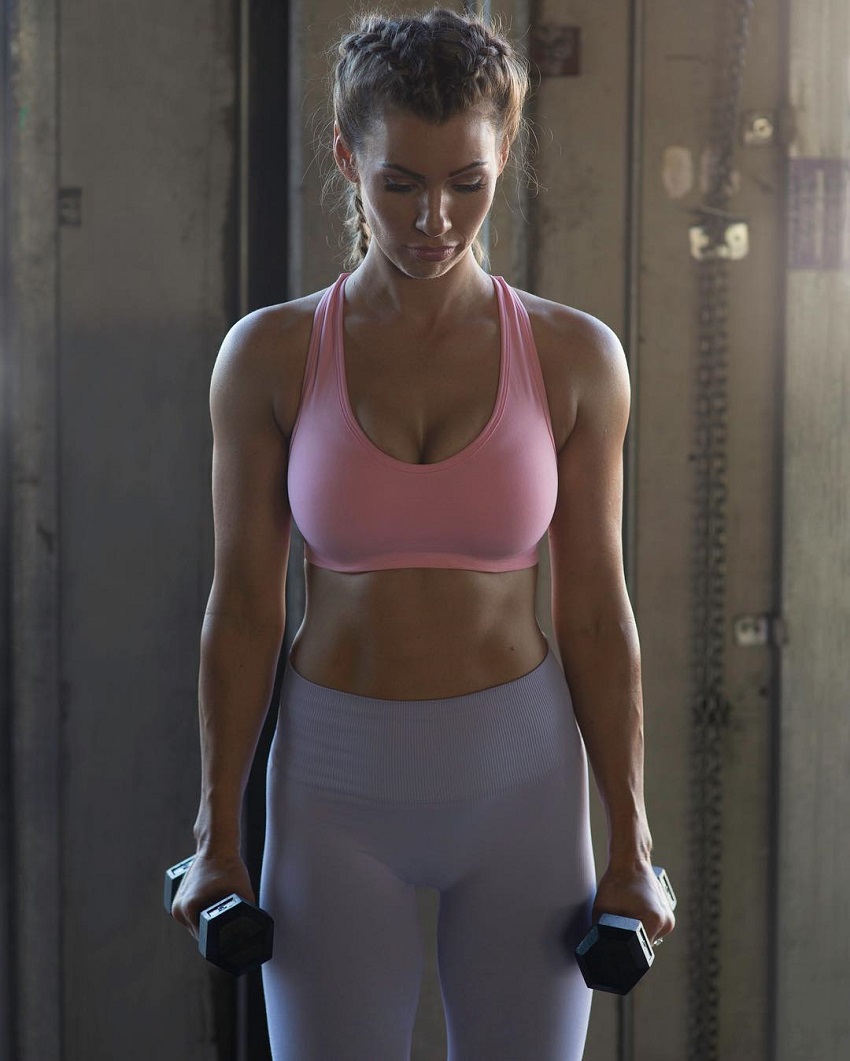 Anna has many circuit workout variations which she uses to burn fat and build muscle.

The following example is just as simple as the one from above, using only dumbbells as equipment. It’s only slightly different in regards to exercise choice. 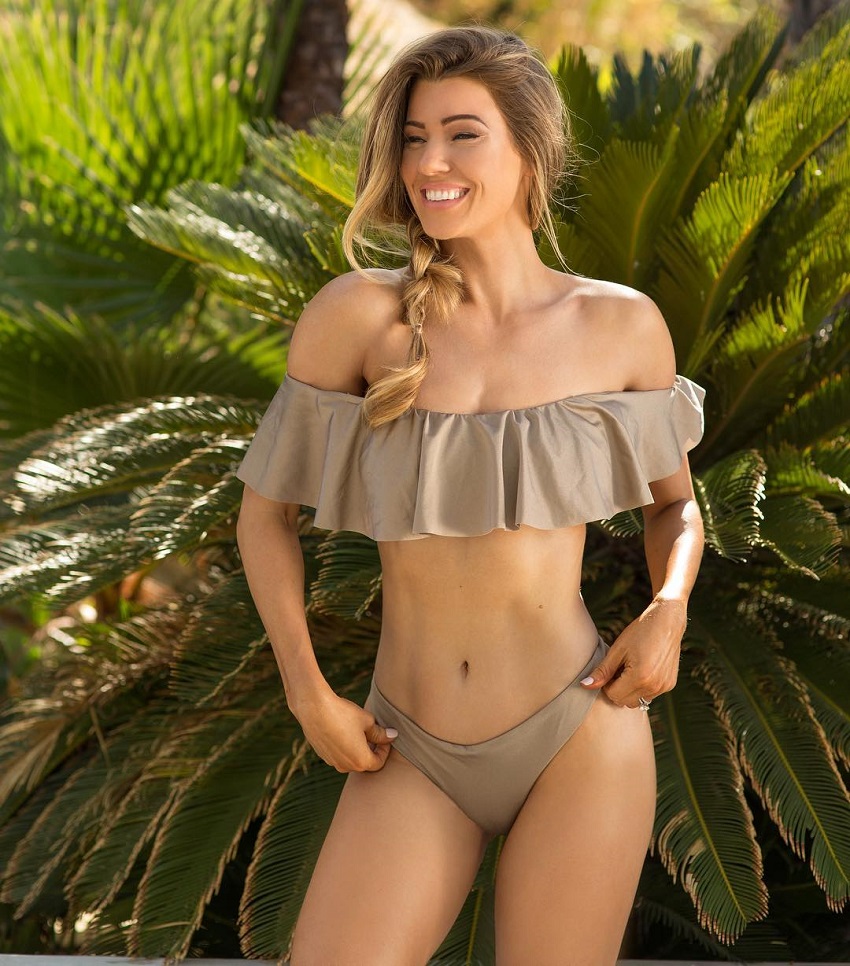 Anna’s Relationship With Food Before and Now

Before she set out on her fitness journey, Anna ate whatever she felt like having. If she wanted ice cream for breakfast, she’d eat it. “Chocolate chip pancakes for dinner, I would have it. No one ever told me that’s not what food was about,” says Anna.

Through her personal transformation, Anna realized food is much more than just something to indulge in. As she says; “Now I see food what will fuel my body, give me energy and nourishment, and I look at food in terms of its nutritional value and ingredients – will it help me feel better, give me energy, help me achieve my fitness goals or keep me from them?” – Anna Victoria

While she now mostly eats foods that nourish her body, Anna doesn’t restrict herself completely. Her rule for dieting is 80% healthy, and 20% unhealthy. In other words, she’ll mostly eat whole and unprocessed foods. But every now and again, she won’t hesitate to treat herself with her favorite ‘cheat meal.’ According to Anna, balance is key. 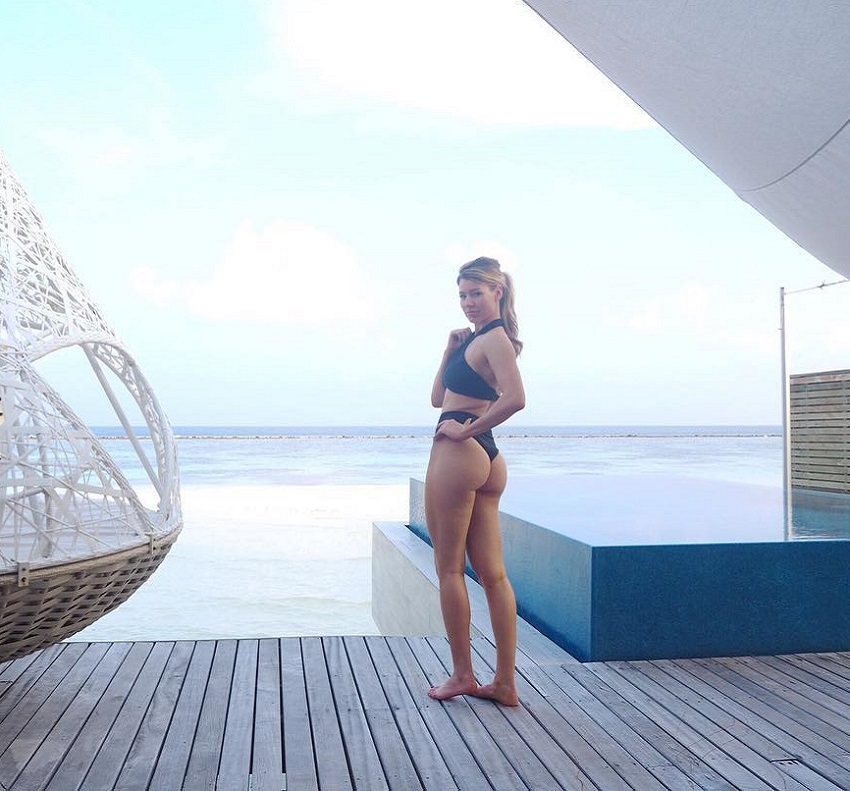 Anna’s daily diet plan is made up of three main meals and three snacks. Each meal consists of a balanced macro-nutrient ratio. There’s some lean protein, complex carbs, and lean fats in each of her main meals. Anna also eats a lot of fruits and vegetables.

Her snacks are mainly protein shakes and protein bars. These help her stay satiated throughout the day, keeping her away from binging on unhealthy foods. 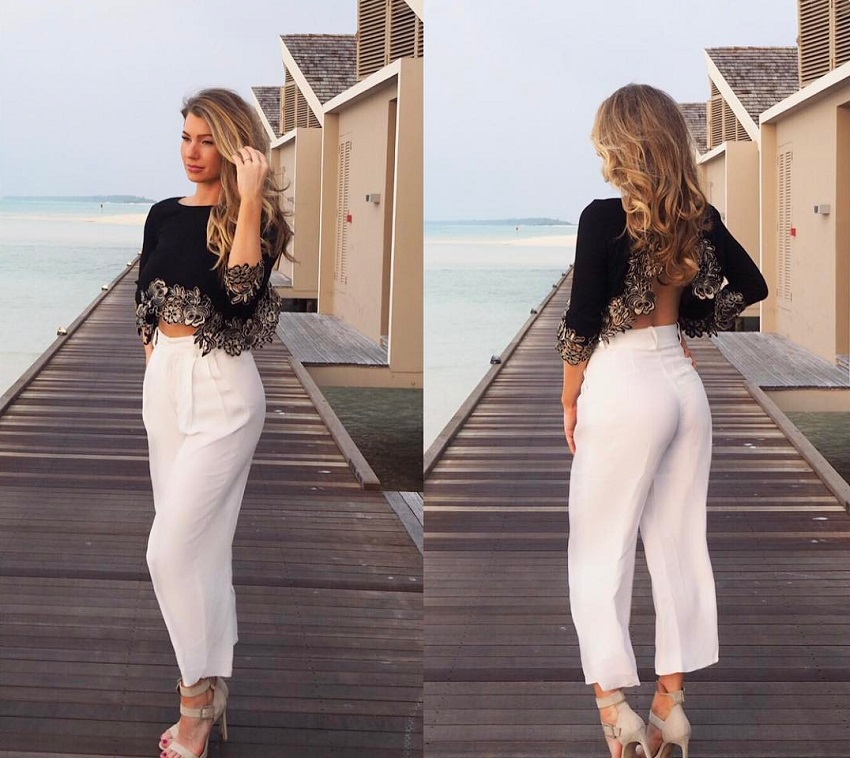 Anna doesn’t think carb restriction is healthy for the body. She believes carbs are her main energy source, and by cutting them out she becomes weak and lethargic.

Here’s Anna explaining her relationship with carbs; “I get asked a lot whether I believe in cutting carbs completely and the answer is absolutely no. I don’t even believe cutting carbs to a tiny amount. Carbs are your main energy source and cutting them will leave you weak, without energy, and unable to perform exercises effectively.” – Anna Victoria 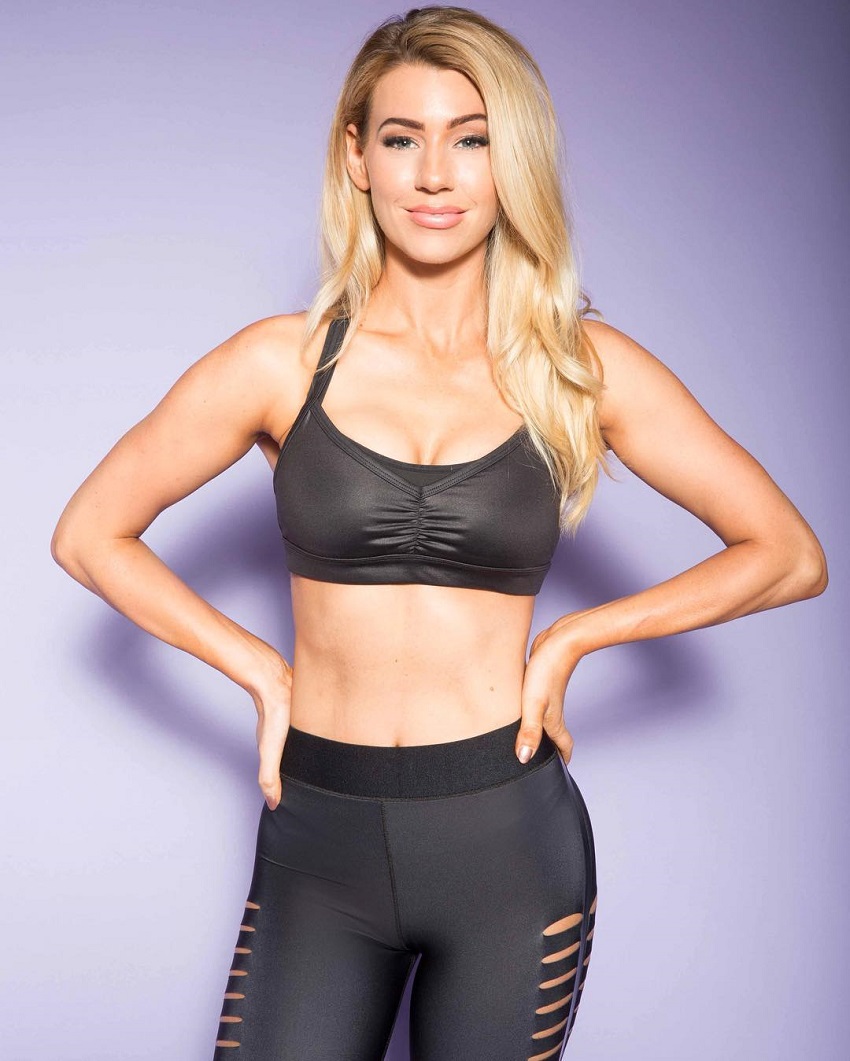 Anna says, her followers keep her motivated. Seeing their success stories is something that inspires Anna to continue spreading the word about the fitness lifestyle with as many people as possible.

Outside of social media, Anna’s motivated by her own health. Once she saw the impact that diet and exercise have on her health, she started appreciating the fitness lifestyle much more.

“The more I study and learn about health and fitness, the more convinced I am how important it is for exercise and nutrition to be a part of your daily life.”

What we can learn from Anna Victoria

What we can learn from Anna Victoria, is that healthy diet and exercise can go a long way. They don’t just make you look healthy and fit – they also bring the possibility of transforming your entire life.

Anna initially embarked on her journey into fitness for her own personal reasons. However, after achieving her transformation, she realized she could do so much more with her new lifestyle. She soon opened her internet profiles and started inspiring others to undertake their own journey.

She’s shown that you too can transform your body. Who knows, maybe this very transformation will open up new opportunities in your life in the process. With the right mindset and attitude, nothing is impossible.