Anna McManamey is well-known for her lean and defined physique. Starting off her journey in fitness from an early age, she took inspiration from her mother who was a sprinter, and her grandfather who played competitive hockey.

However, when she reached high school, things soon went downhill when Anna was told that she would never make it as a top-level gymnast.

From then on, she commenced on a 7-year battle against a severe eating disorder – suffering from bulimia and anorexia along the way.

She turned to the weights room to bring an end to her health issues once and for all. Since then, she’s been able to achieve great things in her fitness career – such as earning WBFF Pro status in 2016. 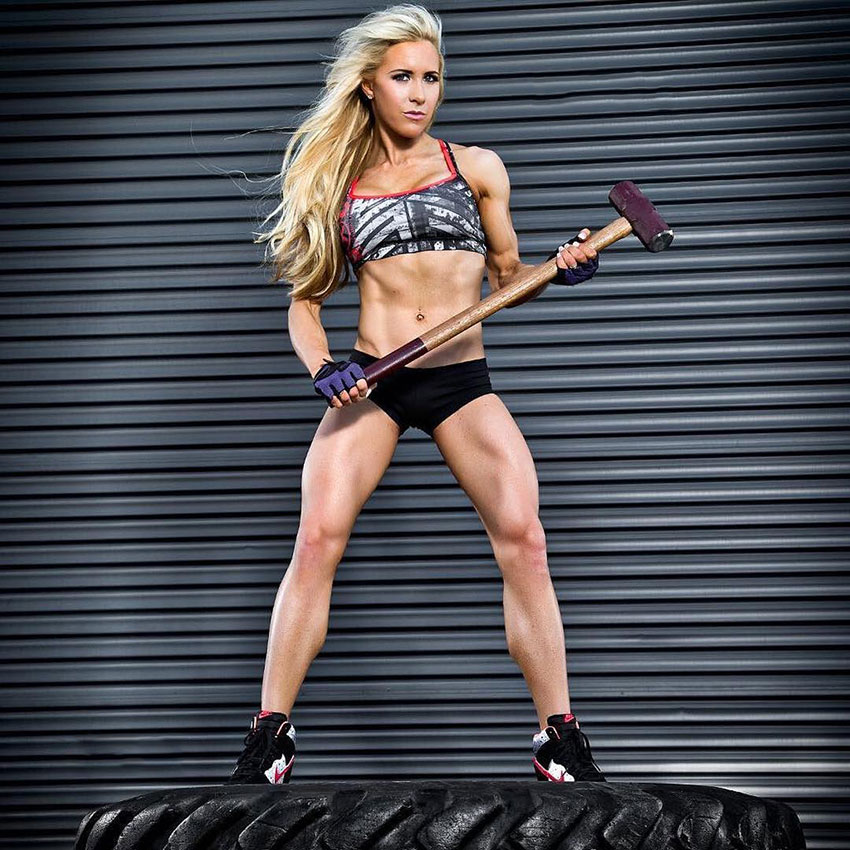 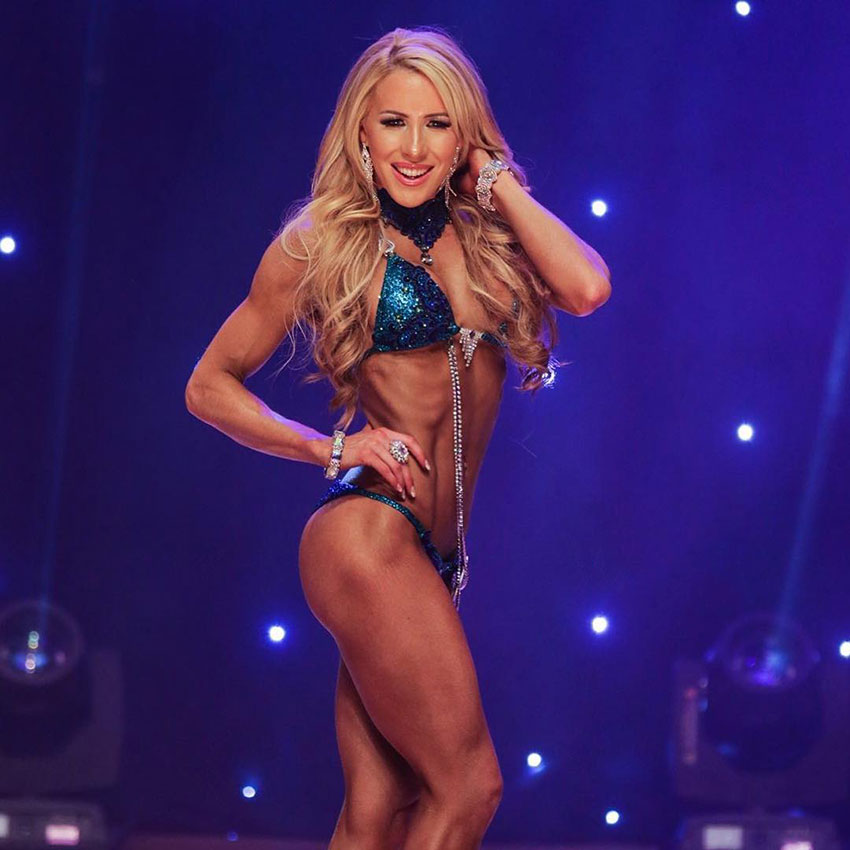 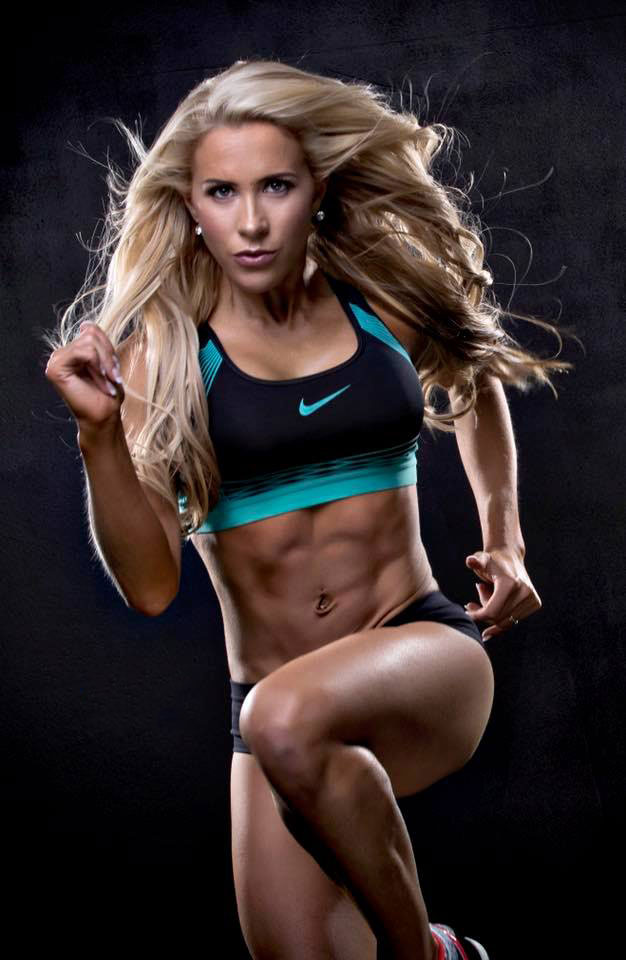 Born and raised in Sydney, Australia, Anna McManamey developed a desire for an active lifestyle throughout her childhood – taking inspiration from her mother who was a sprinter in the Commonwealth Games, and her Grandfather who played competitive field hockey.

From an early age, Anna regularly took part in dancing and athletics. Because of her sporting activities, Anna was able to build a lean and muscular physique throughout her high school years.

When Anna reached the age of 15, she began to take part in rhythmic gymnastics, in which she frequently competed. However, despite her best efforts, she never seemed to win any competitions – it only seemed to be the tall and skinny girls that achieved the highest honors.

Because of this, Anna felt insecure about her weight, as she felt ‘bigger’ than her fellow gymnasts. Matters were made far worse, when one of Anna’s coaches cruelly told her “you’re too big to ever be an elite gymnast”.

Anna was left deeply affected by the comment from her gymnastics coach. But Anna didn’t want to give up her love for gymnastics – she wanted to prove that she was capable of excelling as a gymnast. The day after being told that she would never make it as a top-level gymnast, Anna began to skip meals as a way of losing weight quickly.

In just one month, Anna lost 10kg by reducing her daily calorie intake considerably. Her gymnastics colleagues and coaches soon took notice. They commented on how great she looked – giving Anna a huge mental boost.

However, Anna consumed a measly 400 calories a day at this point. This profoundly affected her overall mood, which caused her to become agitated easily, with little energy, often refusing to go out with her friends. Anna’s loved ones became increasingly worried about her well being, yet despite their concern, Anna chose to take no notice and continued to lose weight.

By the time she finished high school, Anna’s weight tumbled to just 39kg. As a result of her dramatic weight loss, Anna’s personal health was negatively impacted, as she began to suffer from bulimia and anorexia. This continued throughout her university days, where Anna’s weight often fluctuated. 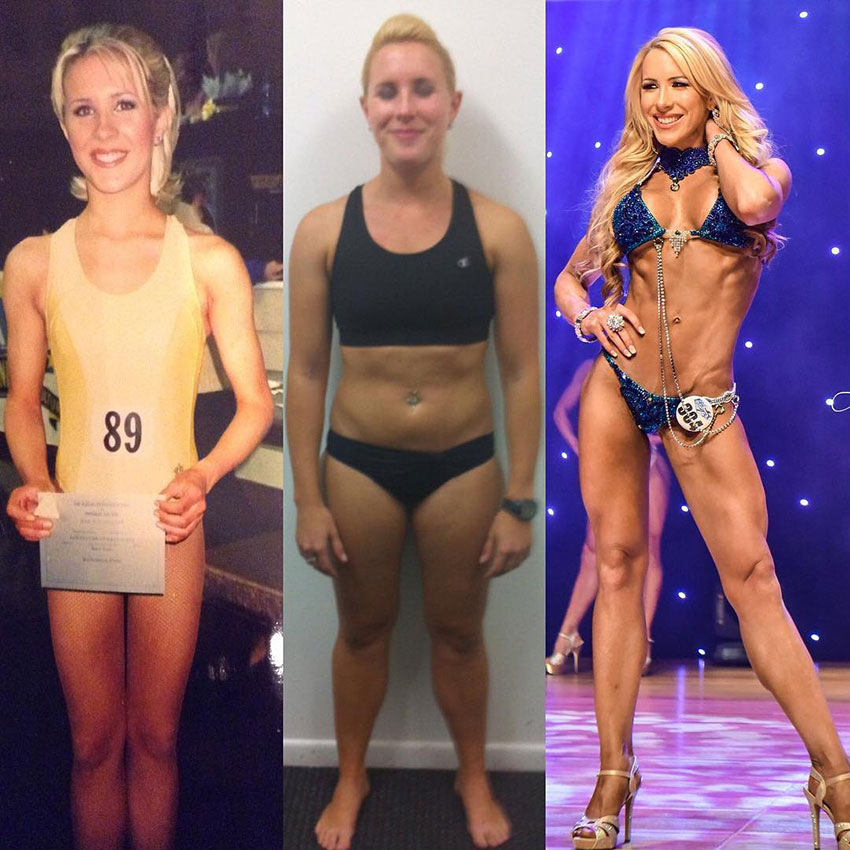 Although Anna was never hospitalized, she soon became aware of just how much her eating disorder had negatively impacted her life. It was at this point, Anna came to the realization that she needed to make a change, or risk permanent damage to her body.

Anna turned to the the weights room as a way of gaining weight and becoming healthy again. Shortly after Anna joined the gym, she met a personal trainer who specialized in body transformations and bodybuilding competition preparations. Amazed by the results of his clients, Anna began to work out in the gym under his guidance.

Anna started to follow a nutrition and workout plan created by her personal trainer. After just a short while, Anna fell in love with weights training. Fitness not only improved her mental and physical health, but she was also able to build a great physique.

Anna was able to live her life more positively as a result of her hard work in the gym. She fully took control of her eating habits – which allowed her to become a healthier and happier person. Because of the amazing turnaround in her life, Anna was soon encouraged by her personal trainer to take her fitness career to the next level – becoming a bikini competitor to achieve just that.

Anna started competing in 2012, appearing in the NPBB Regional Championships. Ever since then, she’s gone on to make her mark on the bodybuilding stage in the WBFF, IFBB, among other bodybuilding federations.

In 2013, she was able to earn her Musclemania Pro Card, by finishing 1st and overall champion in the 2013 Musclemania Australia competition. After this, Anna aimed even higher, eager to build upon this triumph.

By 2016, Anna was able to earn WBFF Pro status. This proved that she was able to fully overcome her health problems, while in the process, earning great things in her fitness career. 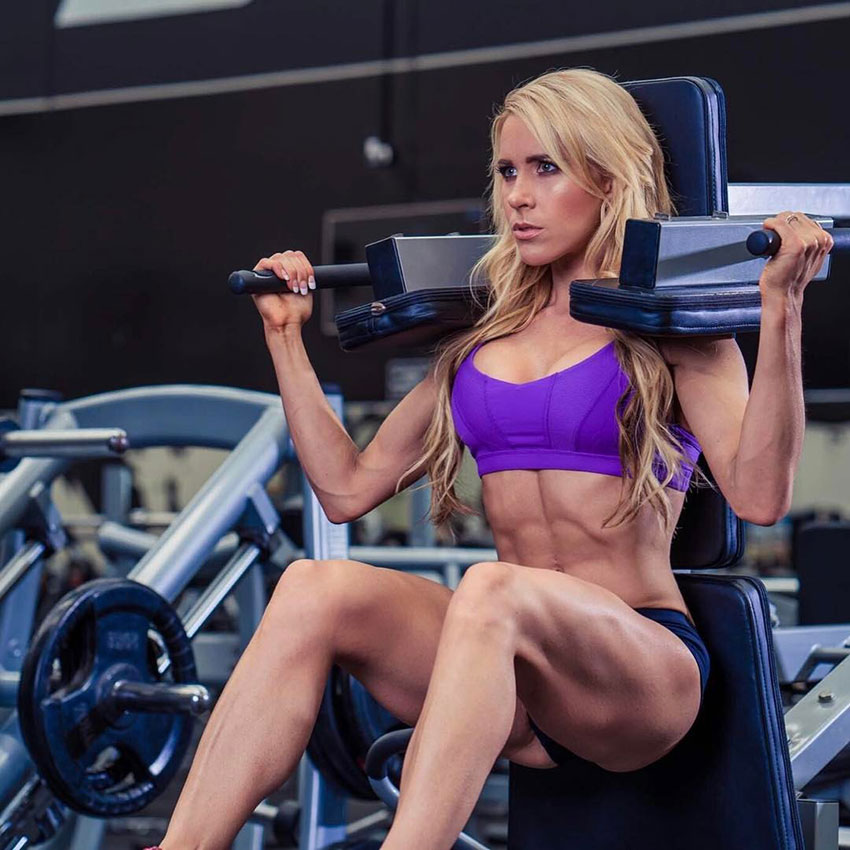 Anna’s excellent genetics means that she finds it easy to build lean muscle. However, that isn’t necessarily a good thing in her case. In regard to this, Anna stated:

“I naturally build muscle VERY easily, which as a bikini competitor can be problematic. The feedback from my last show was that I was starting to look a little too muscular for the division, so I’ve had to pull right back on my weights training”.

Because of her ability to build muscle quickly, Anna instead focuses her training on a high amount of HIIT cardio. Anna’s training split looks something like this: 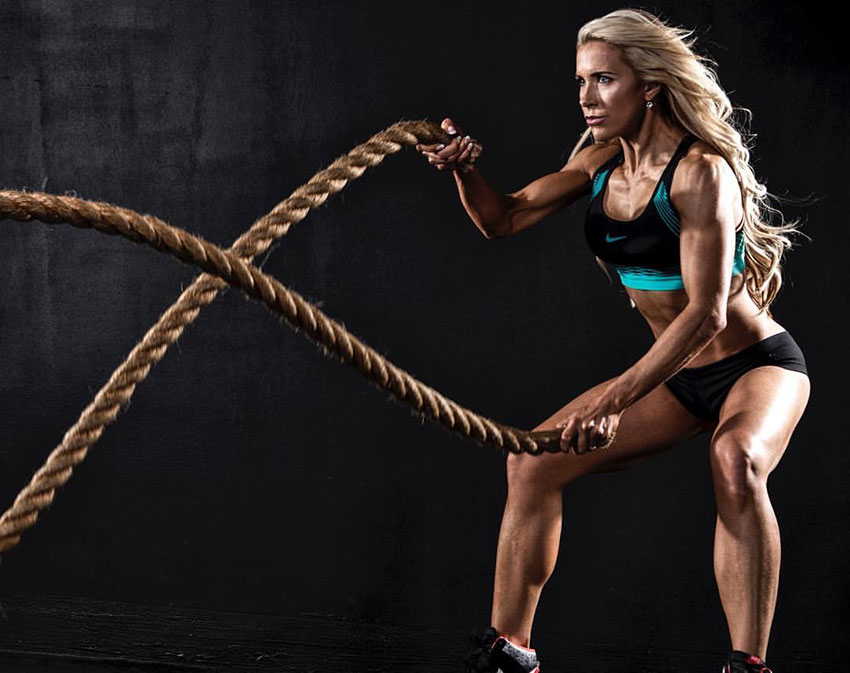 Anna follows a flexible diet (IIFYM), which allows her to eat whichever foods she likes, so long as she sticks to her macronutrient targets.

Anna admitted that earlier in her fitness career, a sweet tooth often got the better of her, where she would often overindulge in unhealthy foods. In order to overcome this, she started to make sugar-free, high protein versions of her favorite treats such as cakes and smoothies.

Her overall diet is based mainly around lean protein, complex carbohydrates, and healthy fats, looking something like this: 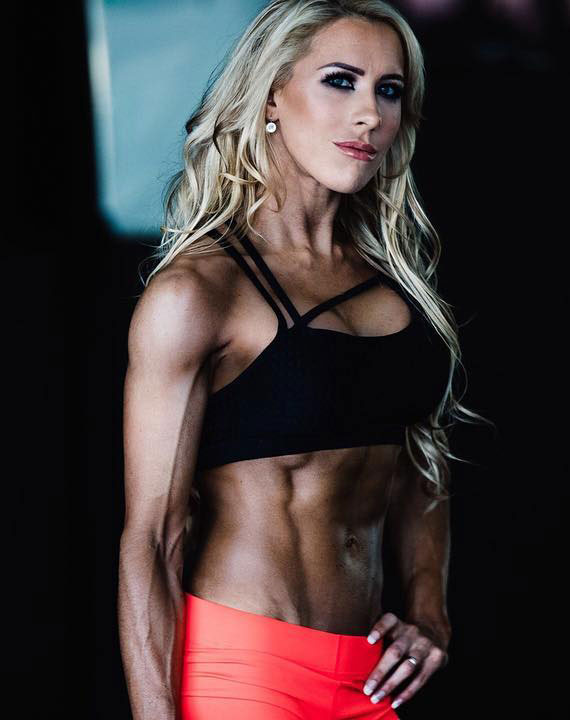 Anna admires the stunning physiques of Paige Hathaway, Nathalia Melo, and Justine Munro. Because of their popularity in the fitness world, Anna aims to reach the same level of success as her idols.

Earlier in her life, Anna took inspiration from her mother and grandfather, who were both heavily active from an early age. Thanks to their influence, Anna formed the foundation for her fitness career throughout her childhood. 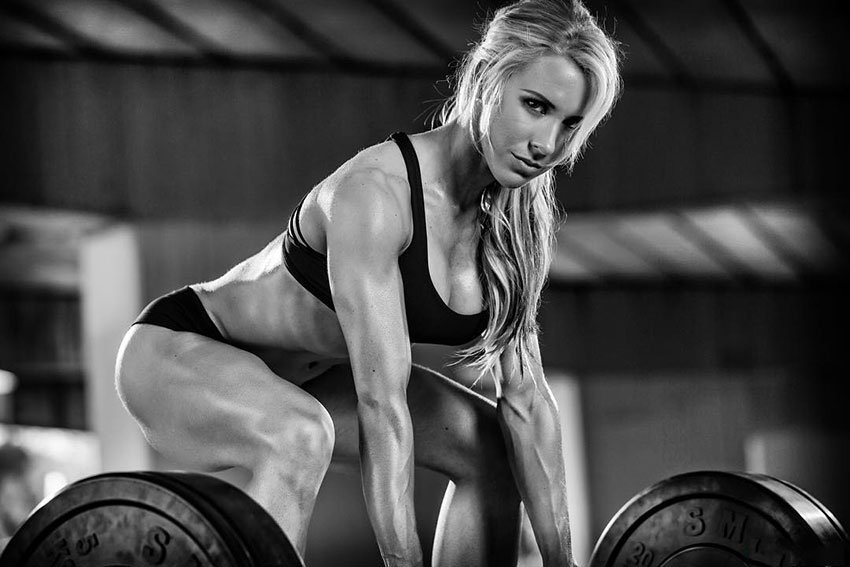 What we can learn from Anna Mcmanamey

Anna McManamey has proven that its never too late to follow your dreams. At her lowest point, a serious eating disorder completely took over her life. However, she soon learned to overcome her health problems – achieving great things in her fitness career, such as earning WBFF Pro status in 2016.

Anna has taught us that it takes commitment and consistency to build a great physique, along with believing in your abilities. As Anna says:

“Achieving your dreams starts with accepting the possibility that you have what it takes. Make the commitment to stop questioning your abilities. Step up. Trust your instincts. Don’t let you, or anybody else, talk yourself out of it. Then, make it happen”.