Angelica Teixeira is the 2017 Ms. Olympia and fitness model originally from Brazil. Angelica is known for her impressive accomplishments within bikini contests, such as earning the prestigious Ms. Bikini Olympia title within just a three and a half years of first competing.

However, Angelica’s road towards glory wasn’t without its hurdles. When she moved to America in 2009, Angelica faced a major obstacle – having a poor grasp of the English language. This, as a result, prevented her from progressing in her career as a personal trainer and fitness model.

But Angelica didn’t let this stop her from realizing her ambitions. Over the years, she went on to master the English language – allowing her to establish a remarkable career in bikini competitions and personal coaching. 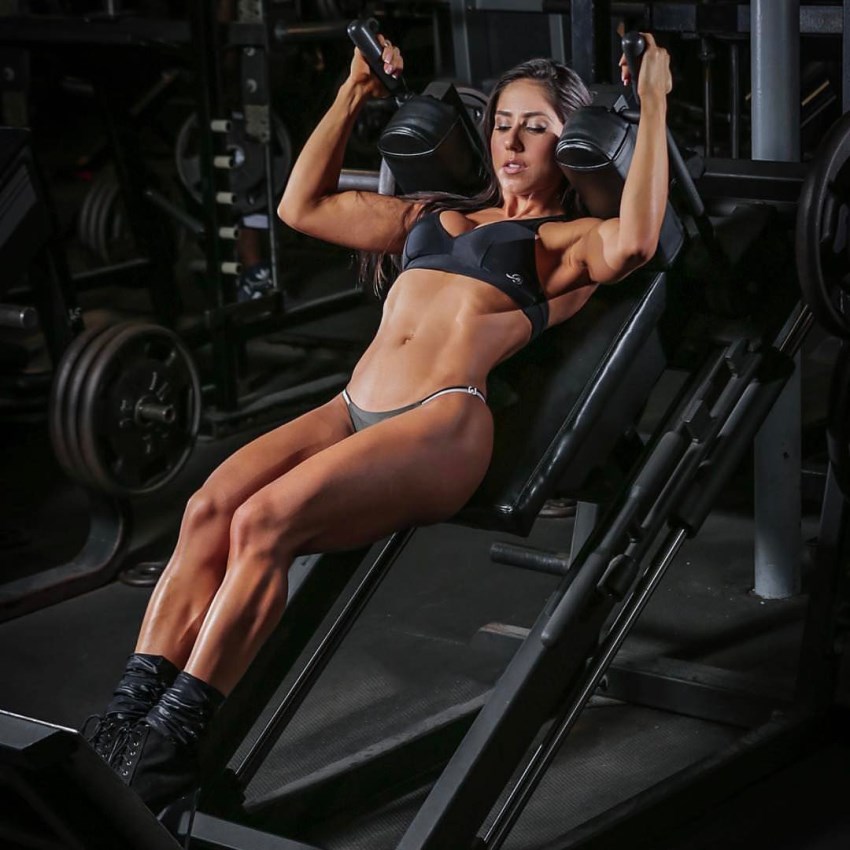 “I never went to school to learn English that I know today, but I dedicated a lot of time to studying at home by myself, watching TV and trying to speak with people and asking for their help.” 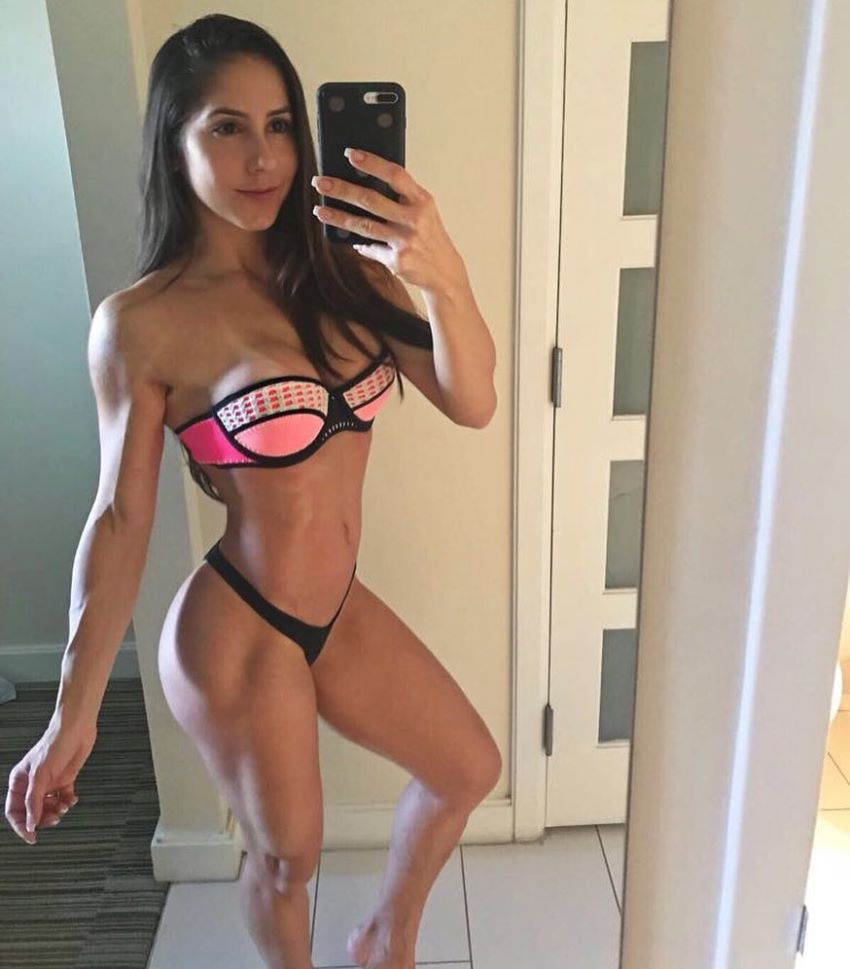 “How important is the walk for the Bikini Category? The way you walk on stage will tell a lot about your personality. Your walk should bring confidence, joy, femininity.

By your walk you can tell the judges that you know that you are good enough and that you deserve to be the champion. Make the first impression count.” 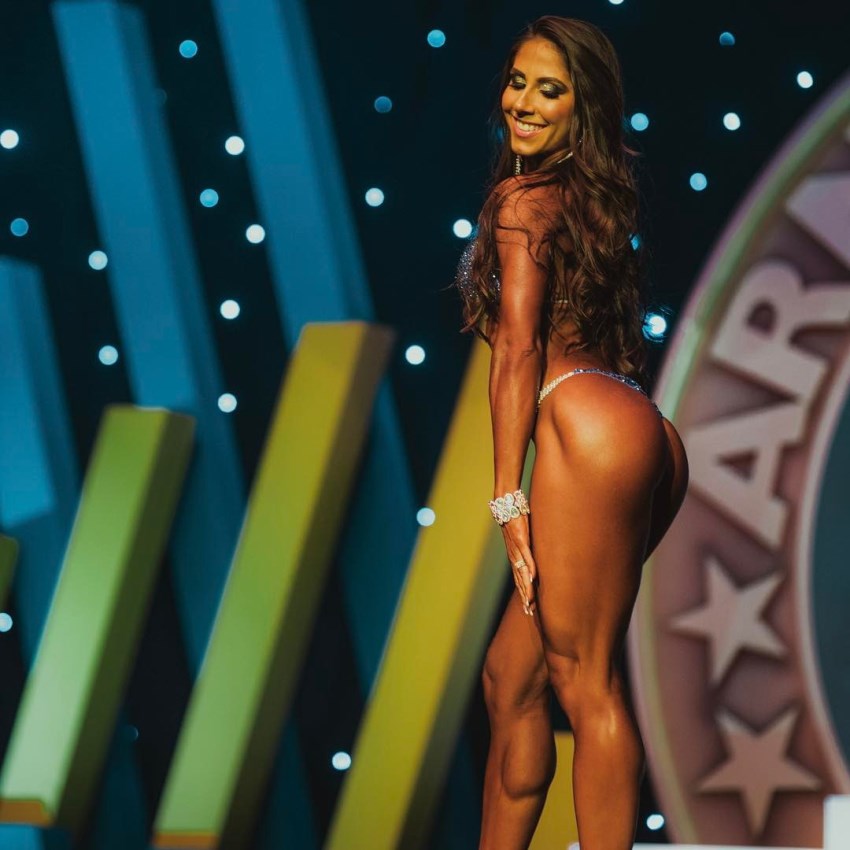 “Never give up on your dreams people! Fight, work hard, believe in yourself and must of all be humble and you gonna get there!”

Angelica Teixeira was born on March 10th, 1985 in Brazil. She spent eight years practicing jazz dance, which helped strengthen and tone her body from a young age.

As Angelica says, leading a healthy lifestyle was something that came naturally to her. This was because she was surrounded by people who took their health and physical looks seriously. As she said; “In my country, almost everybody is very fit. You’re always surrounded by fit people and this makes you ensure you’re always in good shape.”

Eventually, as a result of her active upbringing, Angelica became interested in weight training. It was at this point she decided to start lifting weights in the gym.

However, Angelica had one problem – she was too young for getting a gym membership. Aged 15, Angelica was told she couldn’t train in the gym until the age of 18 because of certain laws in Brazil.

As a result, Angelica was left with no other option than to train at home until she turned 18. As of this point, she began doing various bodyweight exercises, alongside training with a basic set of dumbbells – driving home her determination to stay fit despite the limitation of not being able to train in the gym. 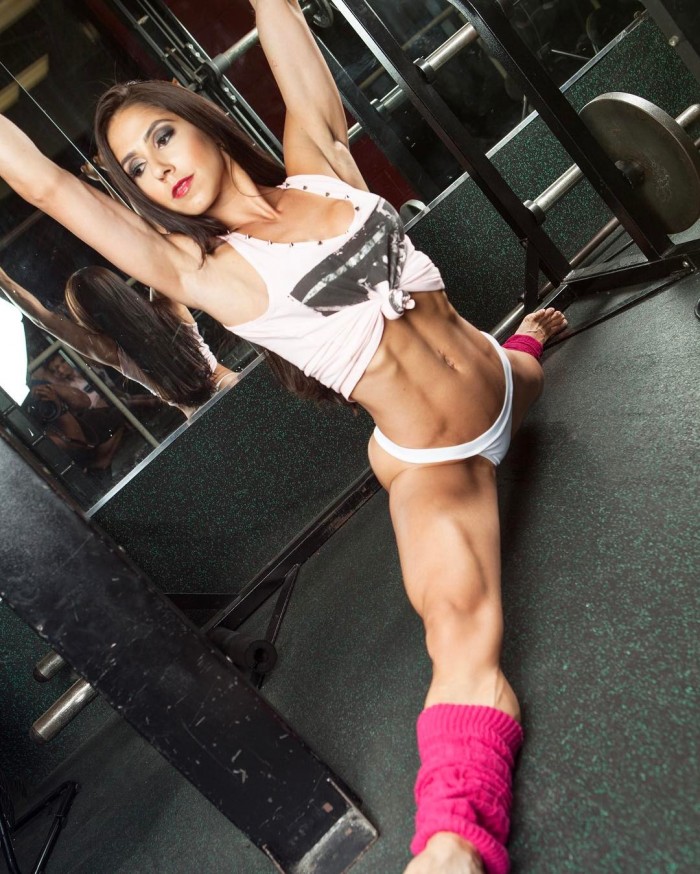 Pursuit of Career in Fitness

Then, three years later, Angelica was finally able to sign up for her first gym membership. Thrilled with the new exercises and possibilities in the weight room, she began training harder than ever before.

It was at this point, Angelica began to gain aspirations about becoming a personal trainer. However, in order to become a certified coach, she first had to earn a four-year college degree in physical education.

After four years of studying, Angelica graduated from college with a degree in physical education.

In 2009, after a couple of years of working as a fitness coach, Angelica moved to Texas, United States. Her time there, however, was brief, as she soon moved to New Jersey where she’s lived ever since.

Reminiscing on her first few years in America, Angelica said it was difficult for her at first. She had a poor grasp of the English language and as a result, she had problems progressing in her career as a personal trainer.

However, Angelica was determined to build a successful career in spite of the challenges she faced. As a result, she began to study English with the ‘no stone left unturned’ approach – self-educating herself through online language courses, alongside watching TV shows and series with English subtitles.

Slowly, but surely, Angelica’s perseverance began to pay off. After almost five years, she mastered the English language – finally being able to focus on her career in fitness. 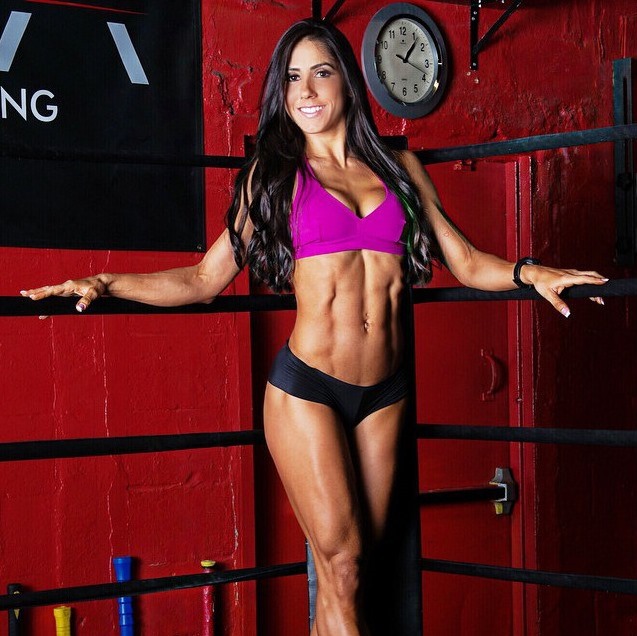 Then, in 2013, a thought of becoming a fitness competitor ’emerged’ in Angelica’s mind. As someone who always loved to set new challenges for herself, it didn’t take Angelica long to manifest her thoughts into reality.

Here’s Angelica talking about why she decided to compete in fitness; “I noticed on social media that a lot of people were beginning to compete; people who were trainers and class instructors. Right there, I thought to myself, ‘I can do this,’ especially because it could only help my ability to train my clients in the process.”

Angelica didn’t initially plan on making bikini competitions her full-time job. Her only goal was to enrich her experience in training, dieting, and contest preparations so she could deliver better results to her clients.

But, as Angelica says; “Competing was supposed to be a one-time thing for me. And here I am now, having competed in dozens of shows.”

Achieving Success on the Bikini Stage

Throughout the years, Angelica achieved immense success as a bikini competitor. She began competing in 2013, and in just three years, she won an astonishing 12 out of 22 contests she took part in – becoming an IFBB Bikini Pro in the process.

Here are some of Angelica’s most notable results from this period; 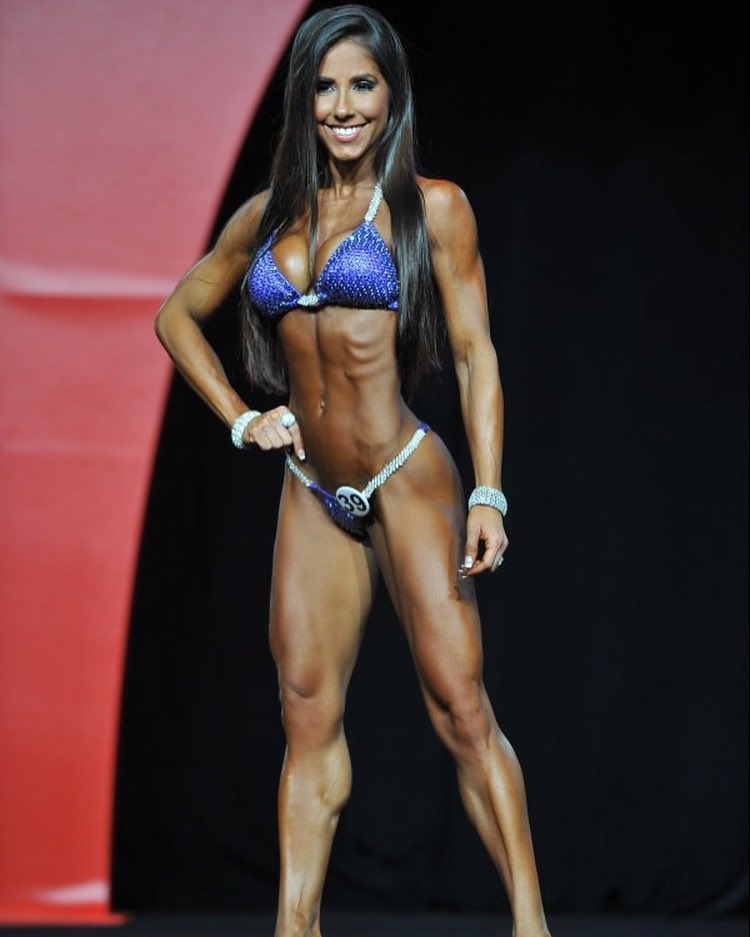 In 2017, Angelica reached the peak of her career in bikini competitions. Her first victory of the year, the 1st place at the 2017 Arnold Sports Festival, which was only a ‘hint’ of what was coming later that very same year.

In September 2017, Angelica took part in the Olympia, the world’s biggest bodybuilding contest. Stepping on stage in her best version yet, she bettered her result from 2016 to win the crown of the Ms. Bikini Olympia 2017.

With this accomplishment, Angelica cemented her name amongst the greatest athletes that graced the Ms. Olympia Bikini stage. 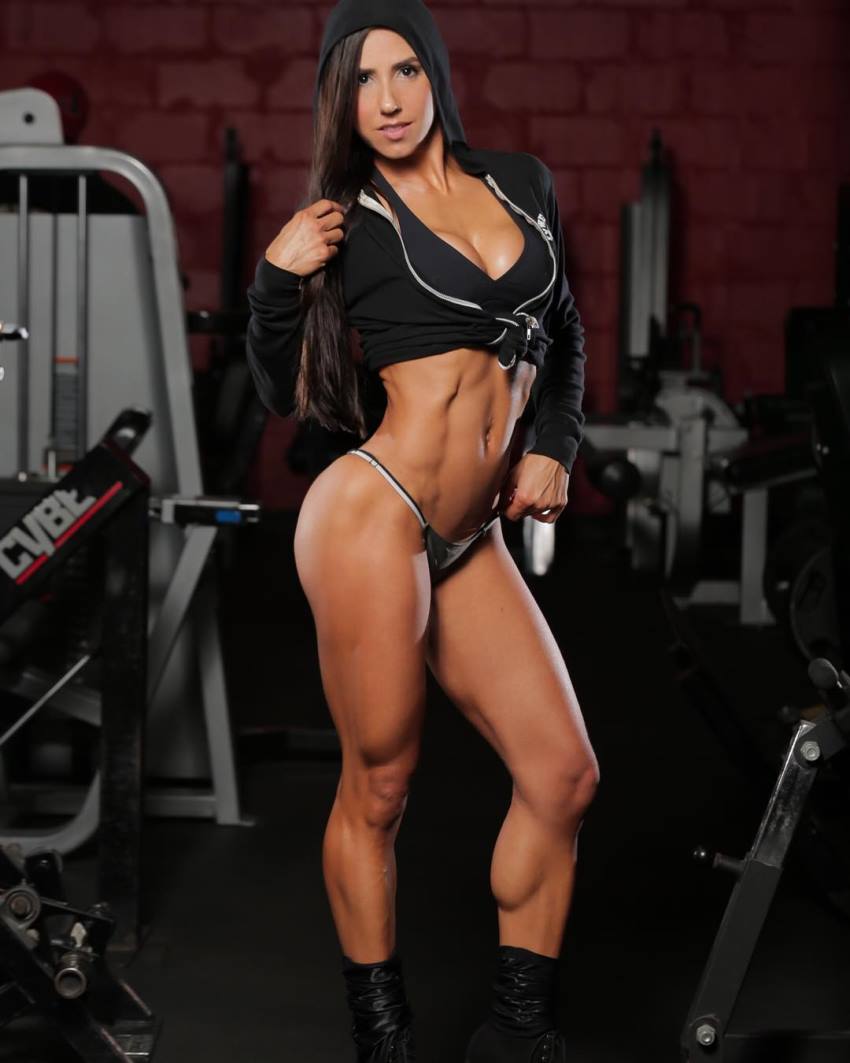 “Consistency is the key to achieve your goals! If you fail, try again! Every champion has experienced failure and used it as fuel to keep going!”

Angelica wakes up at 7 am. Shortly after, she makes breakfast and heads to the gym for her morning cardio.

After she’s done with cardio, Angelica goes on to train her clients, taking a break every 2-3 hours to eat her meals.

In the late afternoon, she’ll have her second workout of the day, where she’ll lift weights. Depending if she’s in the ‘in-season’, Angelica might add an additional cardio session on top of her strength workout to lose fat faster.

She then returns to training her clients and does it until the evening. After this, Angelica comes back home and has her last meal of the day.

Angelica’s workouts are based around supersets. This way, she’s able to incorporate a lot of volume in a relatively short space of time.

In total, Angelica’s workouts last around 1 hour and 30 minutes. 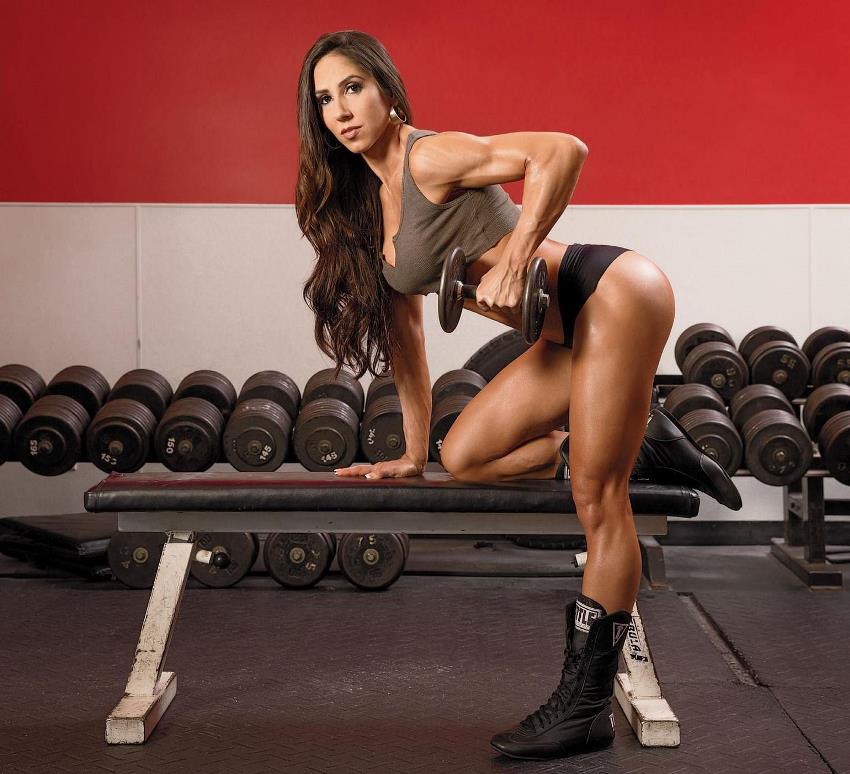 During the off-season, Angelica does 30 minutes of cardio right after her strength workout.

However, when she prepares for a show, Angelica will do up to 2 hours of cardio per day, divided into different sessions.

As for her favorite forms of cardio, they are HIIT and running outdoors.

If she could choose only one exercise as her favorite, Angelica says it would be glute kickbacks. She says, this exercise has helped her develop her glutes more than anything else. 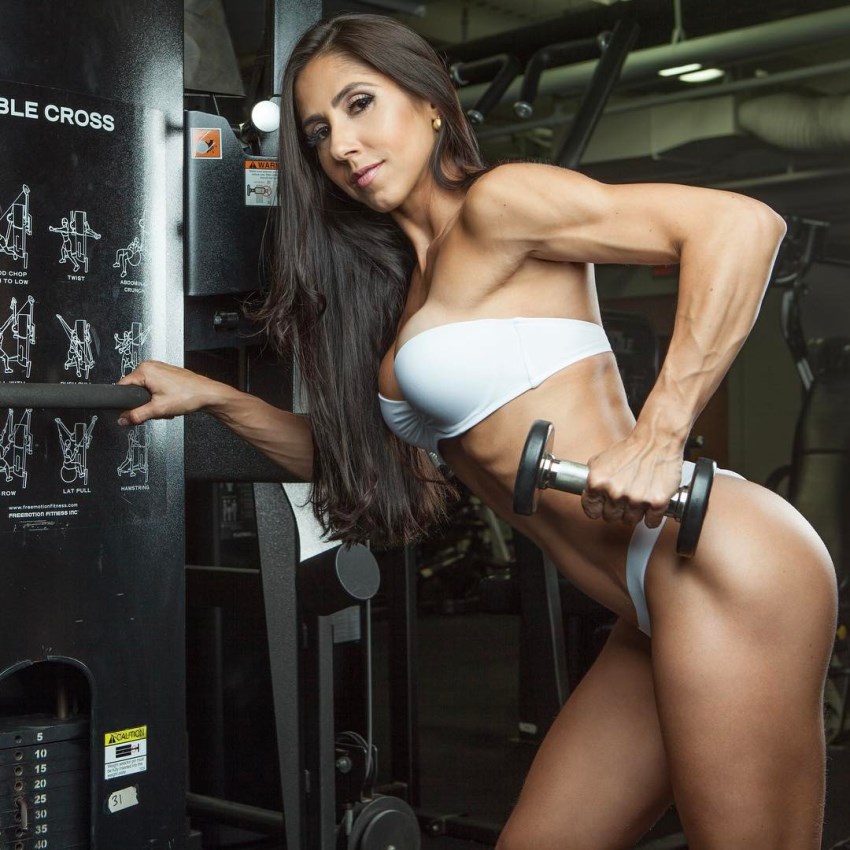 “Start living your life fearlessly. Decide what is your biggest goal. Lose weight? Make money? Make your family happier? Change your job? Go for it! You can do it!”

Angelica has a similar diet both in the off-season and during contest prep. She eats six meals per day, making sure to have some sort of protein in each of her meals.

Three to four of her meals consist of complex carbohydrates such as oatmeal, brown rice, and sweet potatoes. She also adds healthy fats such as flaxseed oil, olive oil, egg yolks, and nuts.

Lastly, Angelica also adds a lot of vegetables and fruits to her diet. They are rich in fiber which enables her to efficiently absorb nutrients from foods.

The only difference between Angelica’s off-season and in-season diet is that she’ll add some extra carbs during the off-season. As a result, this helps replenish her muscles to have more energy during her workouts.

Here are Angelica’s top rules for achieving a lean and toned figure; 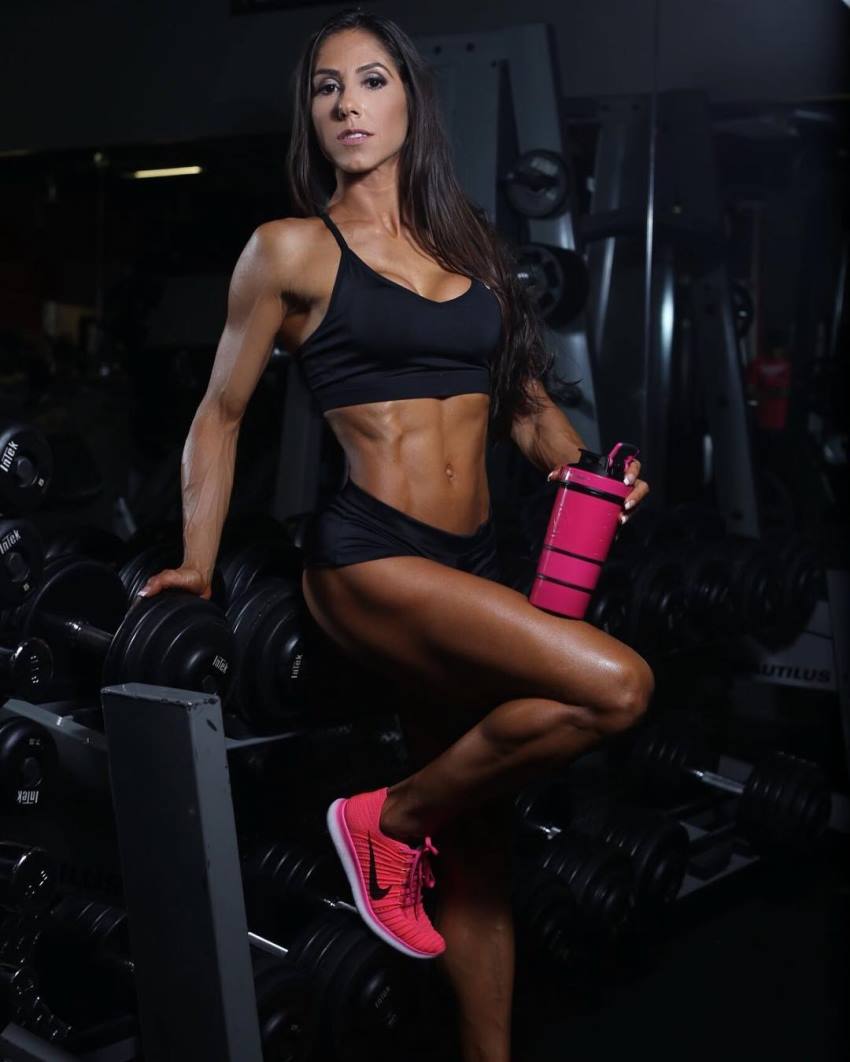 “This is your life, you can do whatever you want! You can be whoever you want to be! You’ll choose the outcome by your actions. Don’t waste it! Live life to the fullest! And I don’t mean party everyday, this is not real happiness! I mean live your life with passion, with a vision, something to fight for, it gives you a reason!”

What we can learn from Angelica Teixeira

After moving to the USA, Angelica faced numerous ‘roadblocks’ on her way towards becoming a personal trainer. Possibly the biggest setback was her poor knowledge of English, which negatively affected her fitness career in the beginning.

It wasn’t an easy situation, but Angelica didn’t let it knock her back. She went on to put in the hard work to learn the English language, later, becoming a successful personal trainer and bikini competitor in the United States of America.

This leaves us with the following lesson; as long as you are willing to put in the work, there is nothing that can stop you from achieving your goals. You’ll possibly encounter many difficulties on your way towards greatness, but as long as you don’t give up, you’ll eventually get to where you want to be – just like Angelica Teixeira.